Dutch road trip with Alex and Max – from port to Zandvoort

Can’t go Dutch? Then hit the road to Zandvoort with Max and Alex.

Last weekend Aston Martin Red Bull Racing and the Formula One family should have been firing up at Circuit Zandvoort for the first Dutch Grand Prix in 35 years.

But while the COVID-19 global health pandemic has put the Formula One calendar on hold, we didn’t want fans to completely miss out on the amazing atmosphere that would have been Max Verstappen’s first home Grand Prix in the Netherlands.

To celebrate what makes Max’s homeland so special, we have a brand new film that we shot earlier this year before the current restrictions were implemented. “Dutch Road Trip: From Port to Zandvoort” sees our drivers take you on an adrenaline-fuelled journey to 10 amazing locations across the Netherlands – via some screaming championship-winning Red Bull Racing RB7’s and RB8’s. 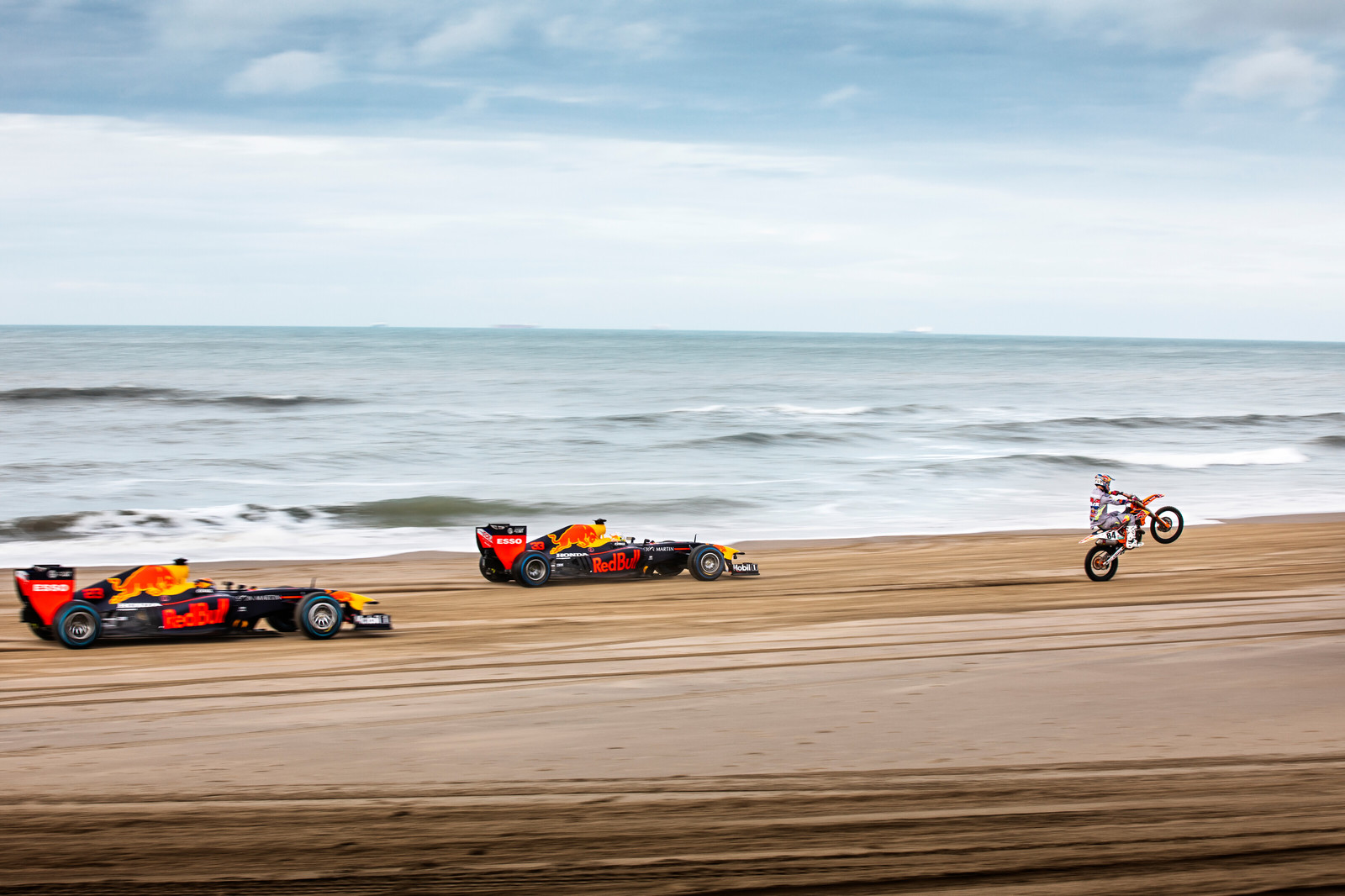 The film opens with a pair of RB7’s emerging from shipping containers at the Rotterdam docks. After a high-speed blast between sea freight containers, the Bulls take to the narrow lanes of the Dutch countryside with a drive past windmills and through the middle of flower-filled greenhouses. The RB7’s then hit the cobbled streets of The Hague before taking to the sand dunes, where they’re joined for an aerial stunt by 2018 MXGP World Champion Jeffrey Herlings. The final stop on the road trip is, of course, Zandvoort Circuit, where Max and Alex get a first taste of the spectacularly remodelled track, in front of the ever passionate Orange Army, in the Team’s last title-winning car, the RB8.

If we can’t race, then I think it’s great to put something out there for our fans.

“The idea for this content came from Red Bull, and it’s very cool to show everyone a bit of Holland with this Dutch Road Trip. I think it’s very special and Red Bull are the only ones doing this kind of thing. Normally you only see F1 cars on a race track, but we do crazy stuff on snow, on the beach. It’s a once-in-a-lifetime opportunity for people to see this in front of their homes. Plus, I got to do some laps of the new Zandvoort Circuit, so very happy with that! Of course, we are very much looking forward to going racing again once it is safe, that’s what we all want,” he added. “We were all very much looking forward to having a home Grand Prix in the Netherlands but hopefully later in the year or whenever it’s possible to race again, we can get that started. In the meantime, I hope everyone enjoys this film.” 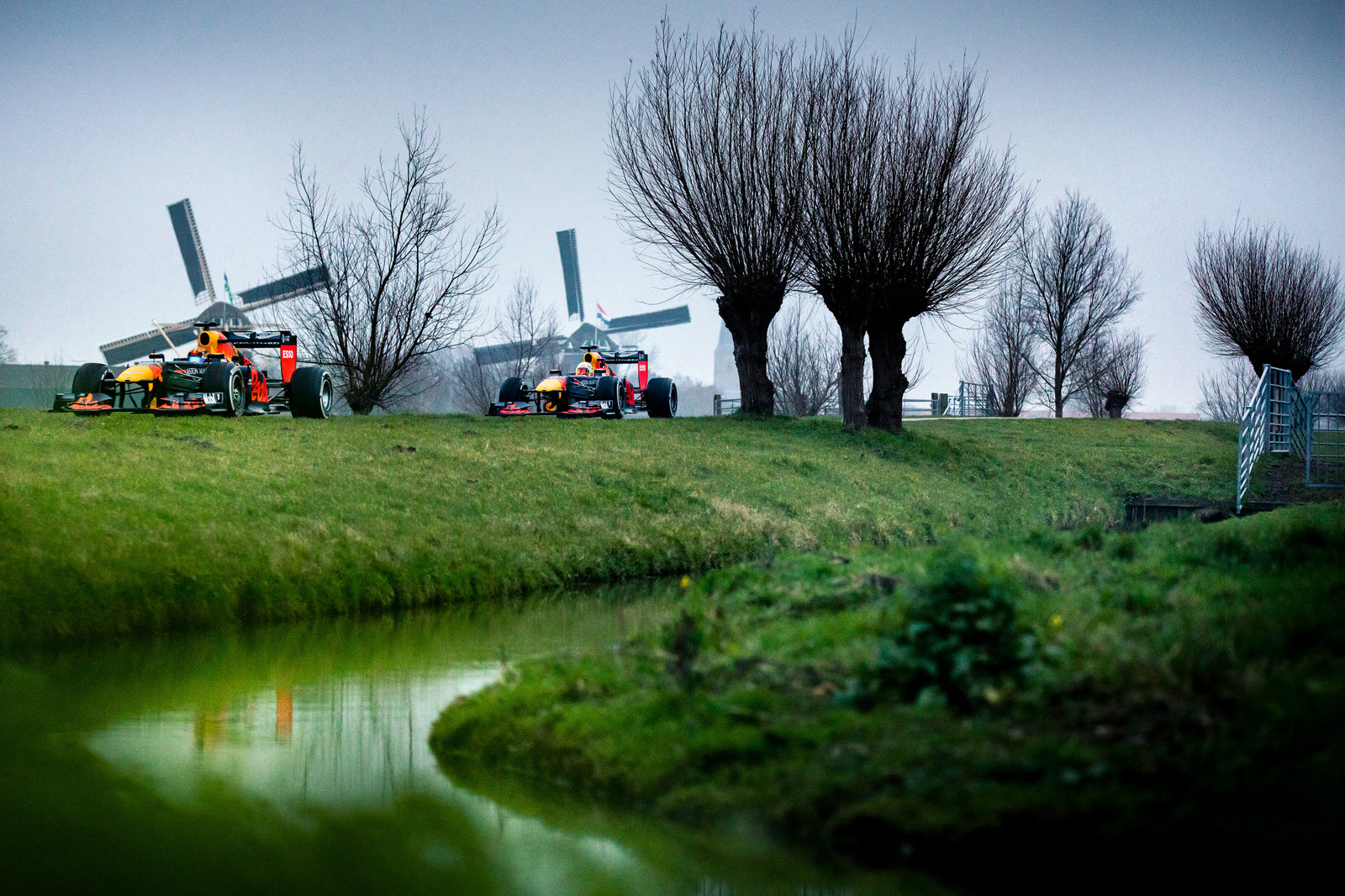 With 10 iconic locations for the cars to power around, the Dutch Road Trip represented a huge technical challenge, involving camera cars, multiple drones, helmet cams and road closures across the country as the crowds poured out to see our F1 cars in action.

Nowhere was the challenge more apparent than in the narrow confines of the greenhouses and auction floors of one of the Netherlands’ largest flower growers, as Aston Martin Red Bull Racing Support Team Coordinator, Mark Willis, explained. 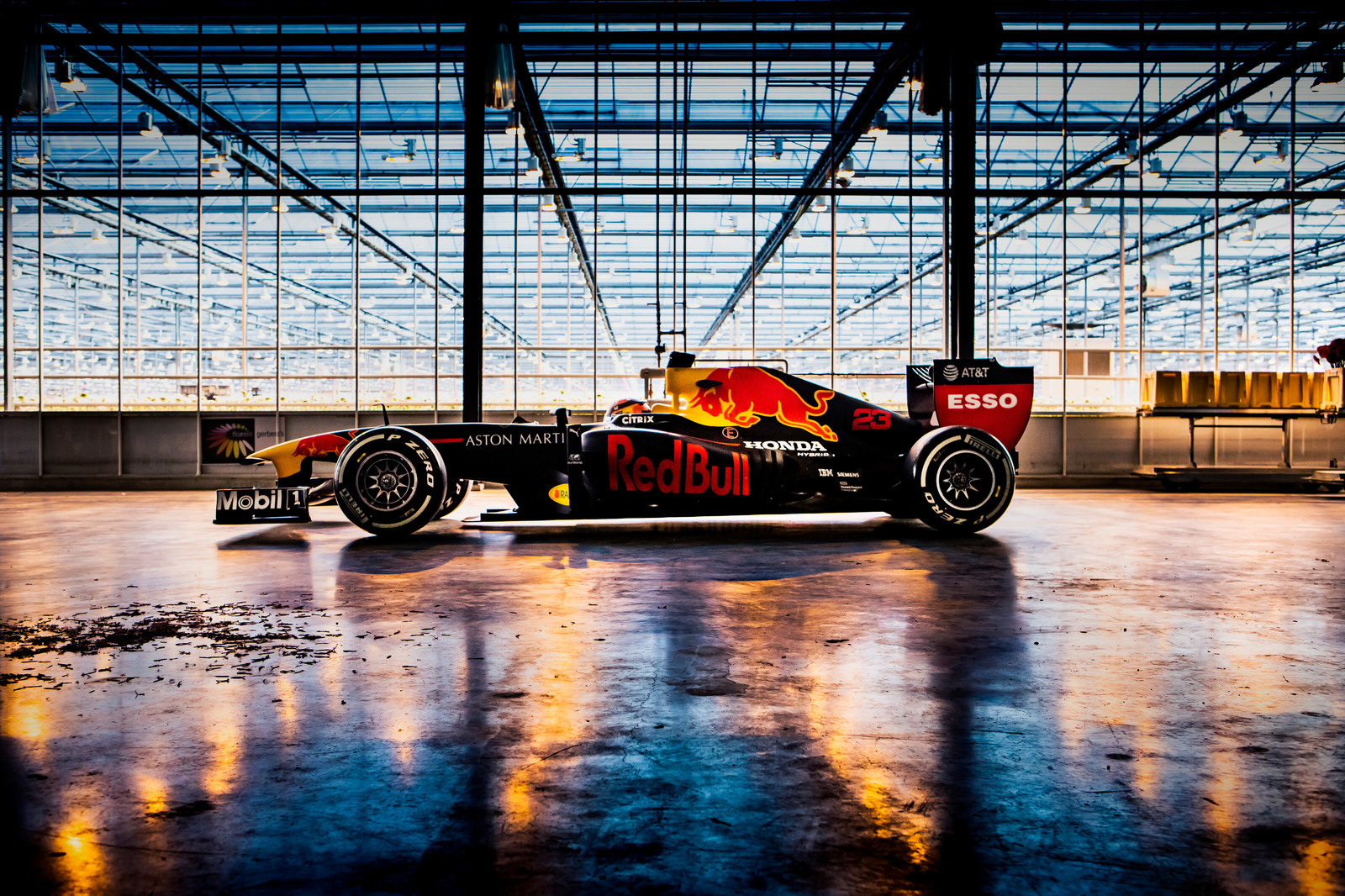 “A Formula One car is not designed to drive slowly and even at 90 kph, which is the top speed of the truck the boys encounter, it still struggles. Being in first gear all the time is not good for the car, the engine’s too hot and we can come across problems. These cars are designed to race Grands Prix and what we put them through is not what they were made to do.”

Support Team Manager, Tony Burrows, also enjoyed the experience of bringing our F1 cars to the Dutch fans, “Earlier this year we embarked on a road trip around Holland, Max Verstappen’s homeland. The cars drove through greenhouses and flower auction rooms, on a specially prepared part of the beach and at the track. The shot through the greenhouse was my favourite, we don’t normally see a Formula One car surrounded by flowers. The greenhouse was the size of a football pitch, it was amazing to see and there’s some great footage from that. What makes these events most enjoyable is seeing the public get up close to the F1 car and enjoying the noise and excitement during filming.” 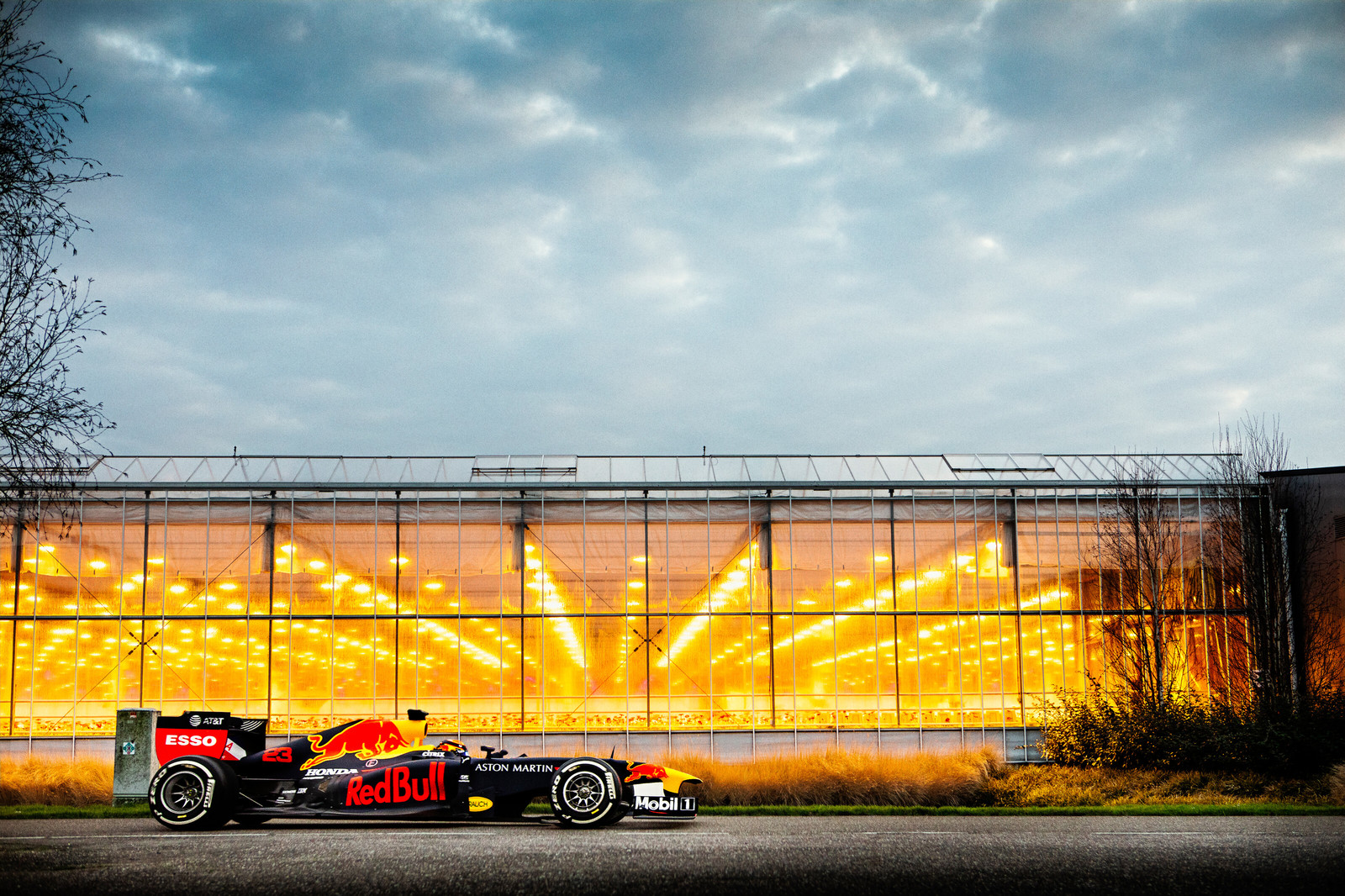