By Willem Toet | A Formula 1 car can generate its own weight in downforce at about the European motorway speed limit – and about 4 times that at double motorway speeds. This aerodynamic force allows the car to dramatically increase tyre vertical load, while only having to accelerate the weight of the car itself. As it makes so much difference, aerodynamics dictates a huge proportion of the layout of the car so, in many ways, we’re largely responsible for the car’s design. Aerodynamics makes over 20% difference to the lap time of a Formula 1 car despite technical regulations designed to limit the benefits. So let’s take a closer glance at the current situation.

The rules for aerodynamics have changed over the years to limit the performance gains possible using aerodynamic forces. In parallel, teams had realised just how massive lap time reductions from aerodynamic upgrades could be and were increasing investment into both facilities and people. By the mid-nineties cornering forces were so high that car failures or driver error were making the cars dangerous to both drivers and the public, so more dramatic regulatory steps had to be taken. However, every time the rules changed, investment into aerodynamic research was proving a real winner on track so teams continued to invest. When talk started in the 2000s of engine freezes, investment in aerodynamics really soared – engines had been the biggest spend on R&D for teams building the whole car up to that point. The quality of research tools/facilities both physical and simulated has improved out of sight during this timeframe.

Considering F1 teams themselves – they have grown from tens of people to over a thousand between the 1980s and the 2000s with most being in the 200 to 600 range today (excluding powertrain). In aerodynamics, the numbers are smaller of course. When I started in Formula 1, I joined an “aerodynamics group” of one person and made it two. Everyone else involved contributed part-time when their main function in the team allowed it. A lap simulation code I wrote in the 1980s allowed me to demonstrate just how much lap time reduction was possible if we were able to improve the aerodynamics. Along with other people doing similar work in other teams, we convinced the team owners of the value of aerodynamic research.

Big teams will stomp their feet and threaten to leave the sport but, in the end, the few that do won’t be missed for long.

Models started as really quite simple representations of “reality” and have evolved to sophisticated sensor-packed robotic mechanisms that are an engineer’s dream to invent and evolve. The same development war ensued with facilities. Computational tools followed, for me in around 1990. These too have been the subject of a development race, both from the perspective of computers, but also the mathematics and software that’s used. Departments grew to a size of about 200 people if you include those staffing the wind tunnels and making parts for testing. In the BMW days, we started to do more and more full-scale testing until it was banned. Aerodynamic testing restrictions have caused some efficiency improvements but also strange “optimisations” so teams can maintain their rates of development. Certainly, the rich teams have tolerated significant worsening of the financial efficiency of some aspects of their aerodynamic research in order to make it comply with the regulations and be more effective. However, the size of the department needed to maximise research is reducing as a result of the restrictions and is now somewhere around 150 people. Some teams have a few more than that and some are well under one-third of that. The 2014 powertrain change and subsequent development freedom mean that powertrains cost more to both manufacturer teams and independent teams. I believe the financial problems of the less well-funded teams are due mainly to these increased costs of powertrains, combined with the distribution of Formula 1 earnings and the present tough economic climate for sponsorship.

On a number of occasions bosses have demanded of me and my team to innovate because normal development “would not allow us to win”. “Work smarter”, people demand regularly. It’s a pity they can’t do that themselves. Thus you scour the planet for the most intelligent, creative, lateral-thinking people you can find, and then put them under pressure to perform “now”. An interesting philosophy.

Creativity requires an atmosphere that allows the mind to find lateral solutions and I’ve worked over the years to create that for my people. Google has understood it and recent university studies are finally finding what puts the mind into a creative mood – or creative focus may be a better description.  Necessity is one way, but we can’t be killing people to force a few of them to innovate a way to survive, so we need gentler ways. I focus my people on the root causes of the problem and allow them some time to experiment with seemingly daft ideas in the knowledge that some will lead to new solutions.  Critics say some of my people are lazy some of the time, but they just haven’t understood how a mind really works. Generally speaking, evolving shapes is a more secure way forward, but that doesn’t invent anything new. Engender an atmosphere of relaxation and respect is my advice – a rare thing in the world of Formula 1.

What do we want to change to make Formula 1 more addictive to watch? I love the question. Here’s my list – but remember that I am an engineer and don’t know the marketing side of the sport.

Firstly, Formula 1 needs for the action to be captured in high definition and in real-time from multiple perspectives. More technical data should be available for free. A little more imagination regarding the positioning of cameras would be nice (this needs rule changes). Close racing is needed (aerodynamics makes this harder), unpredictability is essential, and spectacular accidents are needed to prevent the onset of complacency. Safety is also crucial so that the spectacular does not become tragic. Presently the big money goes to the successful teams who also influence future strategy and their self-interest ensures that they stay in front. It’s a governing structure that doesn’t promote close competition.

I believe much could be achieved with relatively subtle changes to the rules. Increase the effectiveness of a DRS (drag reduction system) through changes to the technical regulations – requires some research, not hand waving and politics – and make overtaking more likely to happen rather than less likely to happen. The sporting rules can also help a bit here. The big teams will always claim this won’t work because they have the most to lose – a driver without someone ahead of them cannot use DRS. Taking this to an extreme conclusion would allow a slower car to pass a faster one (we’re nowhere near that at present) and that actually would mix things up a lot – of course, the faster car would then be able to re-overtake the slower one at the next DRS opportunity so there would be lots of overtaking – and the best, most intelligent and tactical driver would still win.

To level the playing field, the finances have to be distributed more equitably. Paying the rich teams more just tends towards maintaining the status quo. Hard to change – the big teams will stomp their feet and threaten to leave the sport but, in the end, the few that do won’t be missed for long. 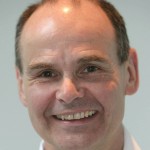