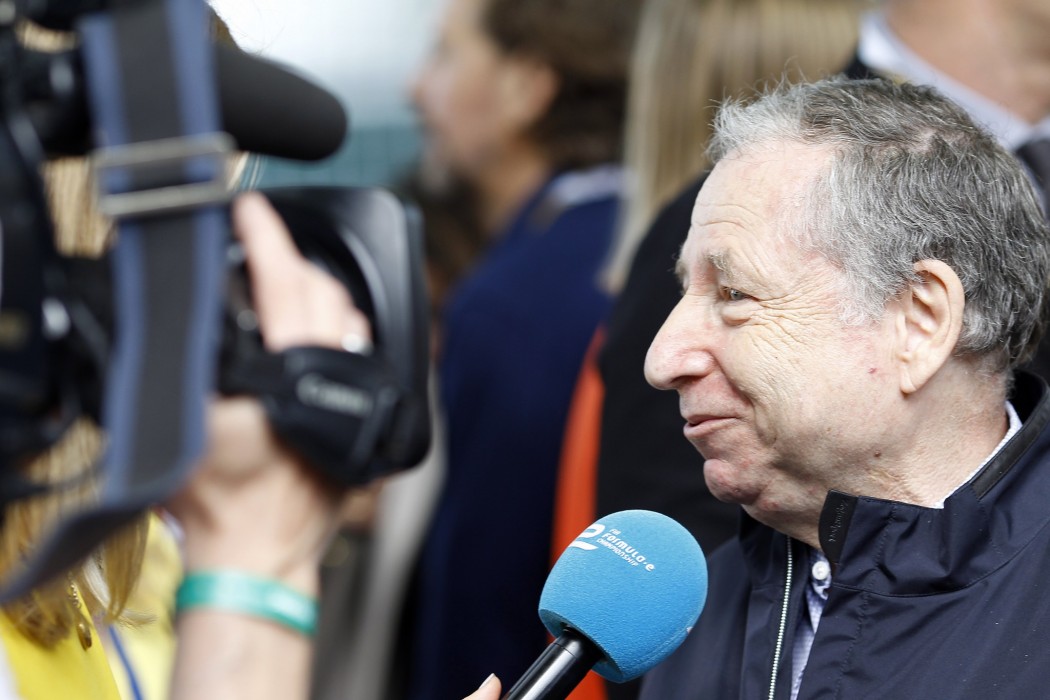 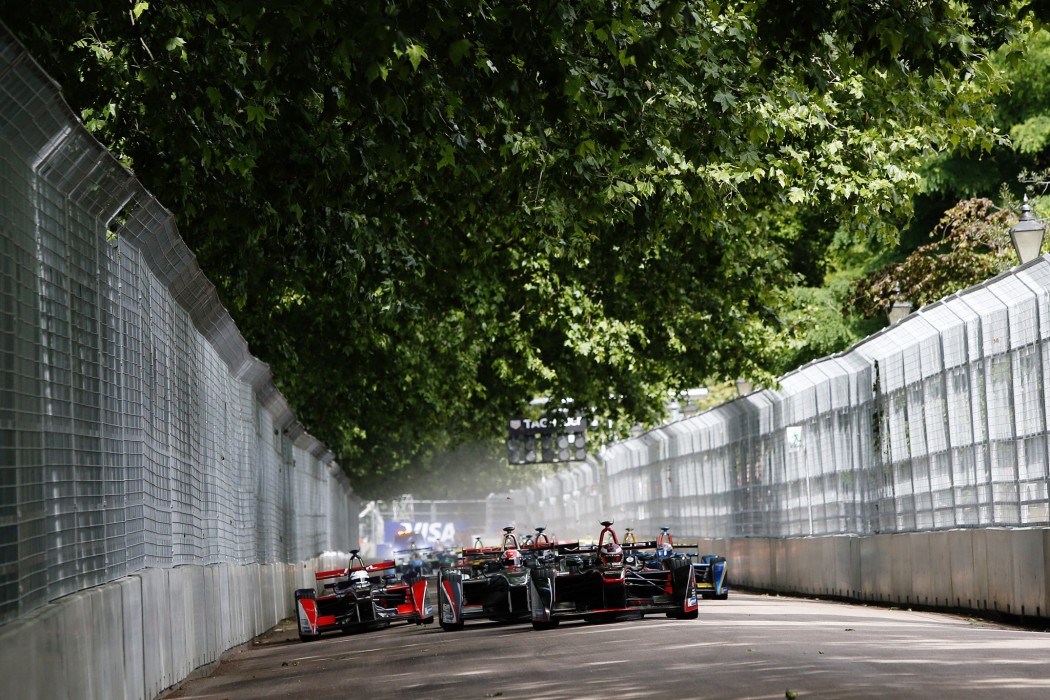 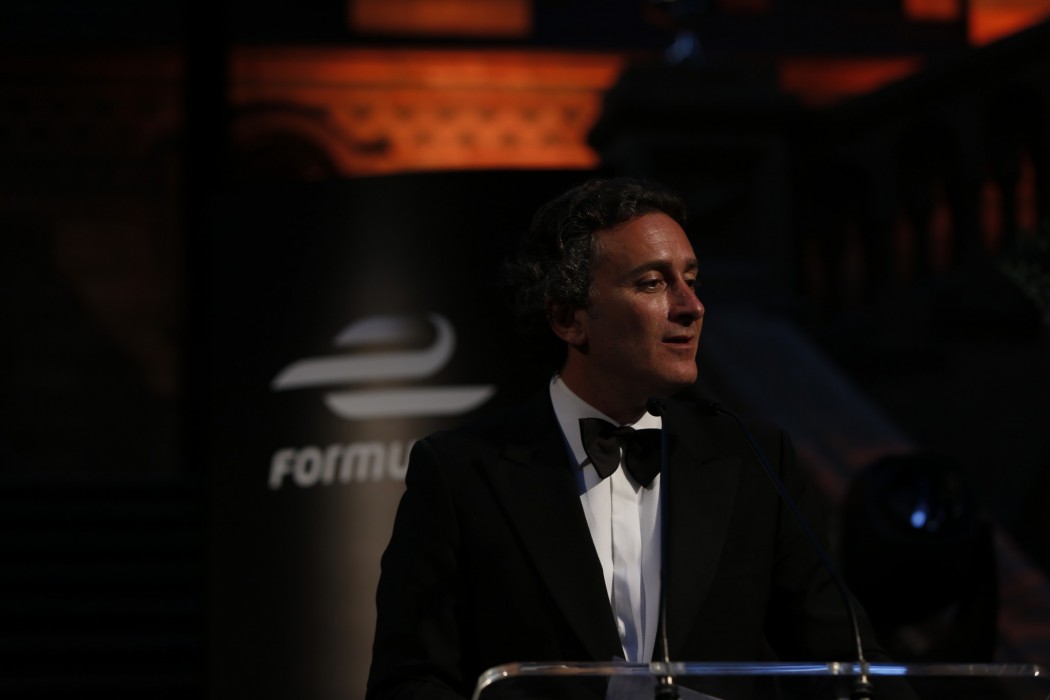 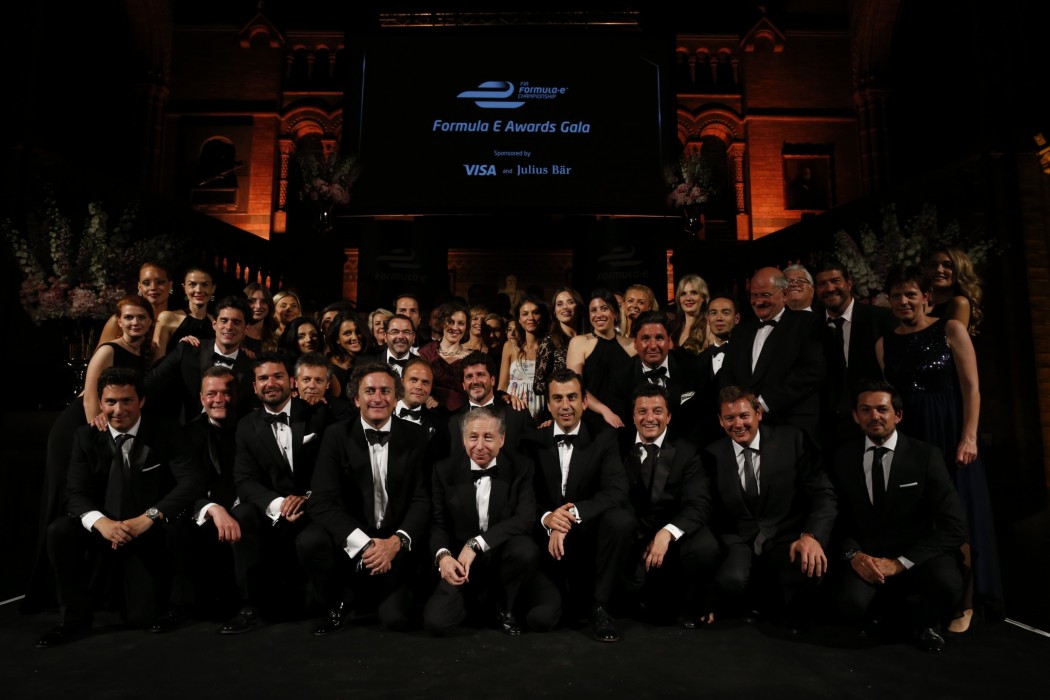 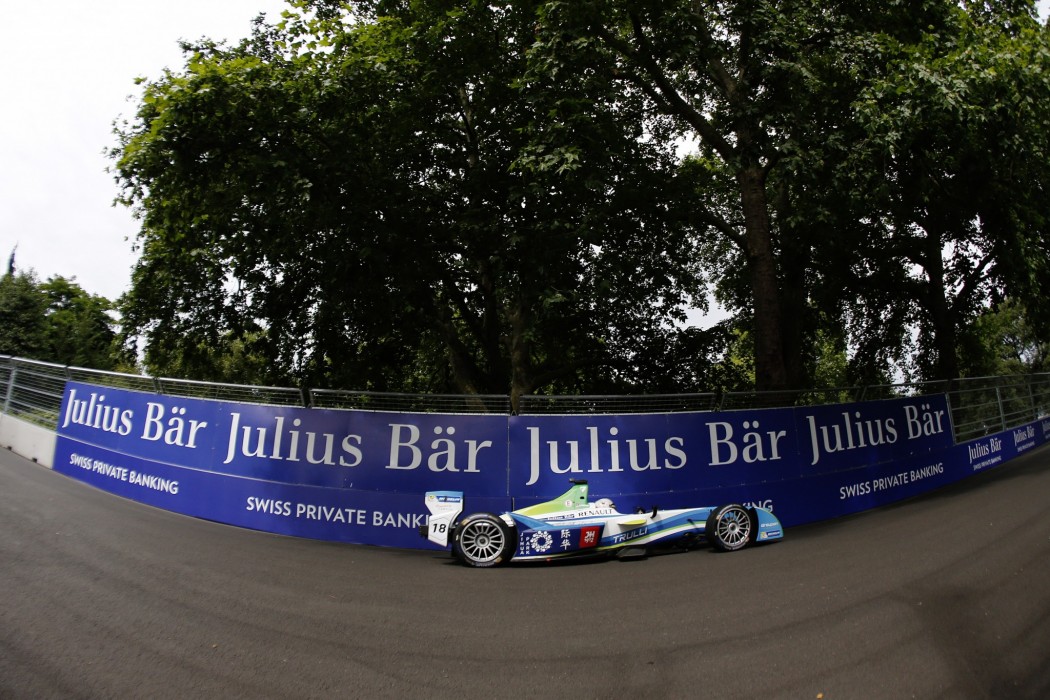 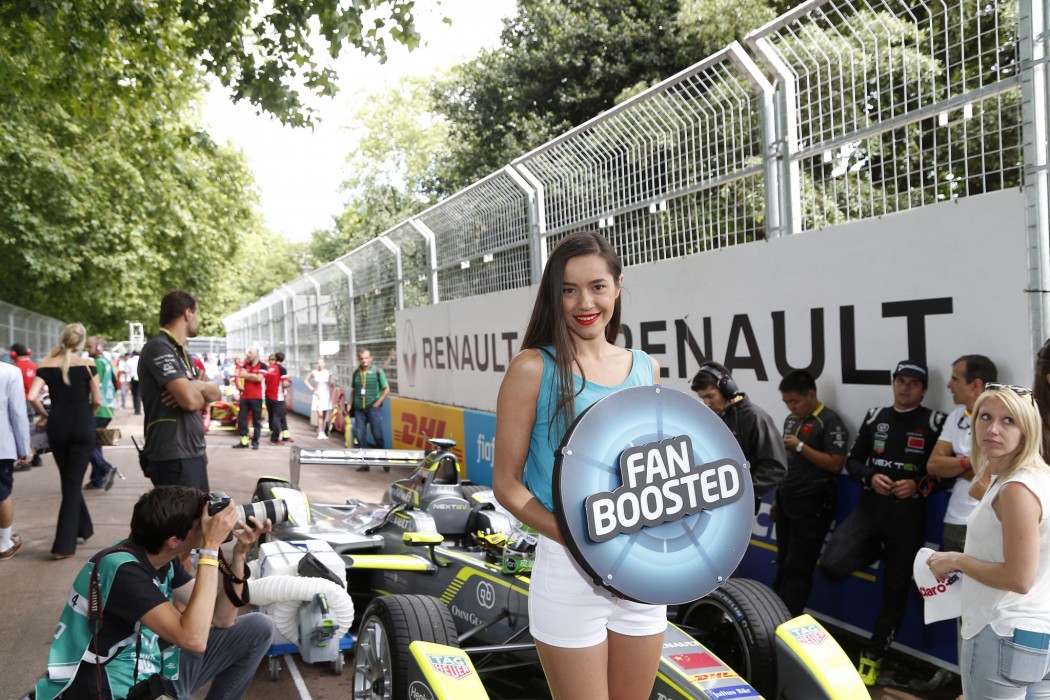 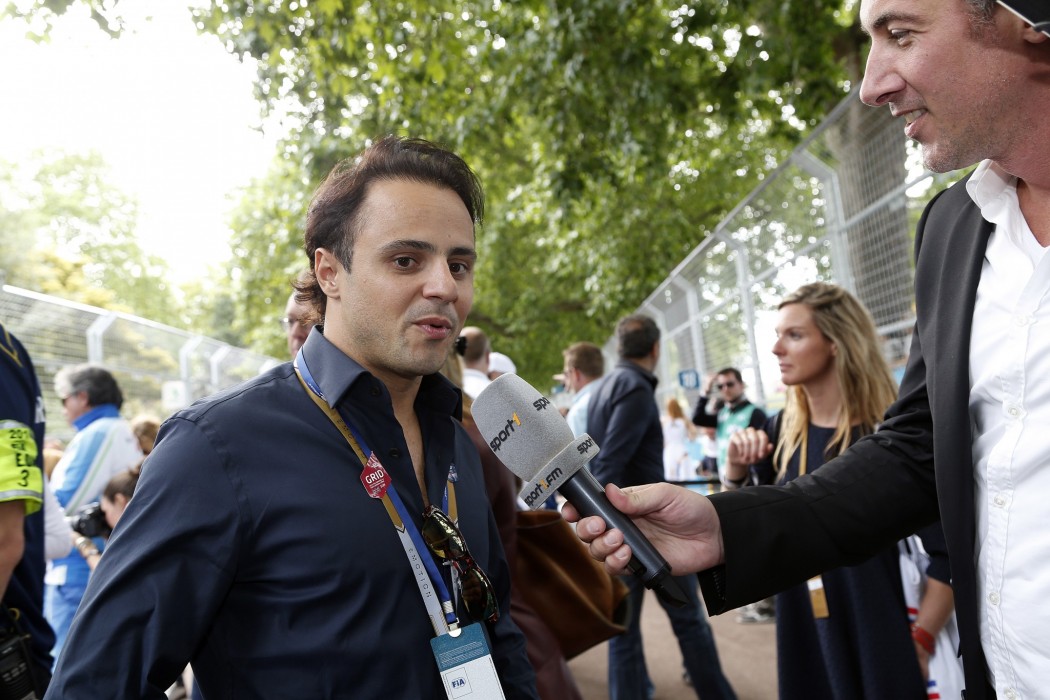 In London, the inaugural Formula E season has ended on a high. The world’s first major all-electric racing series has set out to be the future of auto racing. But is it really? Is Formula E made to last or will the plug be pulled soon?

In less than three years, the idea of an all-electric series has gone from the drawing board to the streets. It took the combined talents of McLaren, Williams, Renault, Michelin and Dallara to make it happen, not to mention the high-level politicking inside and outside the FIA. The general idea of Formula E is simple: The races are short, because the 200-kilowatt batteries in each car can only last around 25-30 minutes, and the cars are evenly matched, which naturally breeds competition. That leaves less of a learning curve for new fans, and the sport doesn’t require any major investments of time or money from those who are curious. Putting a team together is nowhere near as expensive as it is in Formula 1 and the series profits from running in the city centres of stunning cities like Sao Paulo, Miami, Buenos Aires and even on the hallowed racing ground in Monaco. Formula E doesn’t demand an entire weekend’s worth of travel and for some races, the organisers didn’t even charge for admission, as the FIA was well aware it needed to bring as many eyeballs to Formula E in its debut season as possible. Interacting with the audience, there is a Fan Boost, where the top three drivers in a pre-race fan vote win two short bursts of power during a race.

“Without a doubt Formula E is a model for success. In the first season, almost 190 million people watched the TV programs, and 400,000 fans came to the races. I’m also delighted about other things like motorsport, i.e. a report about Formula E made it onto the Greenpeace magazine cover. Our topic reaches and inspires completely new target groups”, Audi Sport Abt team boss Hans Juergen Abt is looking back positively on year one. Formula E has announced that all ten teams will retain their places for the 2015/16 campaign. The 10 squads “have been validated to enter the registration process” according to an FE statement, and will now be considered by the FIA. Series chief Alejandro Agag said: “After our successful inaugural season, it’s very positive for the championship to have 10 teams registering for season two, several of which have backing from leading manufacturers. This clearly shows the strength of the series and we’re already looking forward to getting preparations for next season underway.” The only changes to the list are some minor differences in names as the likes of Virgin, Abt and China Racing have recently tied up new sponsorship deals or technical partners, such as Virgin’s link-up with Citroen’s DS brand.

Unless we have sports like this, we’ll never get to a world that’s carbon-neutral by 2050.

Let’s be honest here – car racing is about speed, noise and burning fuel. It is about taking every nut and bolt of the vehicle to the limit. It’s about pushing the driver to the brink of failure. Formula E is none of the above. Especially on TV, car sound is similar to that of a kid’s remote control car in the park making even today’s Formula 1 engines seem roaring. Not only do the vehicles look slow, they actually are. With a maximum speed of 140 mph, the cars are 15 mph slower than Tesla’s electric Model S 85D sedan road car. To counter the criticism, series CEO Agag has continuously stated that it was “all about kids. When the next generation thinks about buying their first car, they’ll think about buying an electric car.” By then, Agag and his “boss” FIA President Jean Todt believe, the series should be far less experimental and globally popular. “Formula E is just beginning and it is necessary to carefully examine the first season. As it gains popularity and as the calendar increases, new teams and new manufacturers will be crucial. We believe we have created a framework to support the positive evolution of the series over many years, notably in opening gradually the competition between engine and battery suppliers.” Selfmade-billionaire Richard Branson has claimed that “unless you have sports like this, we’ll never get to a world that’s carbon-neutral by 2050”. However, we all know that Branson is equally quickly excited about something as he loses interest in it. Looking at the grid, there are plenty of former Formula 1 drivers competing in Formula E. However, they have either grown too old for the elite series – like Nick Heidfeld, Jarno Trulli or Tonio Liuzzi – or they were simply rejected – like Bruno Senna, Karun Chandhok, Jerome d’Ambrosio and several more. So to be fair, the field is one of the drivers that got their chance in Formula 1, but – with a few exceptions – didn’t make it.

To me, Formula E is not auto racing. It’s a different kind of concept.

Formula E seems to have tackled entirely different audiences from those who follow traditional motorsport. Four-time Formula 1 champion Sebastian Vettel is only one of many “traditionalists” who can’t do anything with Formula E saying: “I am not a fan of it and not interested in watching its races”. 2009 Formula 1 world champion Jenson Button sees Formula E as “a good addition to motorsports because that will be the electric series and the rest of us can get on with motor racing”. Representative of most petrol heads, Red Bull Racing team boss Christian Horner has criticised the lack of pace of the Formula E cars and has rated them as a competitor to one of F1’s feeder series like GP3. Former Formula 1 racer and team boss Gerhard Berger said “I am a racer, a true racer. And a noiseless car is not my cup of tea. To me Formula E is not auto racing. It’s a different kind of concept“. His fellow countryman, Mercedes Motorsport Boss Niki Lauda, has even been blunter, stating that to him Formula E was “the worst thing I have seen for a long time. The cars look like toys, they creep around the track one after the other. That’s has nothing to do with motorsport”. And also Mercedes F1 team boss Toto Wolff has brushed off Branson’s assertions that Formula E will become the world’s premier four-wheeled motorsport series before the end of the decade. “I have read a couple of articles in the last couple of days, which are really rubbish in comparing Formula 1 with Formula E. I don’t even want to go there. Formula E is an attempt in establishing an electric racing series, while Formula 1 is the pinnacle of motorsport.”

No match to Formula 1

Formula E has its first season under its belt and figures indicate it was quite successful. However, that was also true for Aurora F1, A1 Grand Prix, Superleague Formula, Grand Prix Masters, Formula Acceleration 1 and many more which were soon after buried in oblivion. Formula E has to be granted respect for the sole reason that it isn’t afraid to go to places no one else has and that they are willing to go out on a limb in order to promote its product instead of sitting there content with dwindling attendance numbers and low TV ratings. The fact is an all-electric race series was always going to be a tough sell. Compared to Ferrari V12 or a NASCAR V8 at full gear, a racing formula with basically silent cars is pretty much a non-starter. But the philosophy that Formula E is a series the people of tomorrow will love, a series that is green – at least in a way – in a world is moving towards more environmentally friendly forms of power has attracted the Andrettis, the Prosts, and even Leonardo di Caprio. But all of them will have to hang around for a while until this championship really takes off if it ever will. Todt hopes that in a few years we will be referring to this championship as the electric-powered equivalent of Formula 1. However, Formula E is a very different form of motorsport that seems to have all the ingredients for success. Formula E deserves to be greeted with open-mindedness instead of cynicism. But it is not Formula 1, and it will never be.