Enrico Zanarini talks about the secret of successful marketing in 2022

Paddock Magazine had the chance to speak with Enrico Zanarini, founder and CEO of Media and Sports Management (MSM). Enrico is a real specialist when it comes to driver management and sponsorship deals.

Enrico Zanarini has several clients. Currently, the most popular driver managed by Enrico is Antonio Giovinazzi. Antonio made his F1 debut at the 2017 Australian Grand Prix. The Italian driver was forced to leave Alfa Romeo at the end of last year, but he became a reserve driver for Scuderia Ferrari in 2022.

How did you develop a passion for racing and motorsports?

My passion for racing started back in 1974 at Alfa Romeo. I was employed by them for 12 years. In the end, I became a marketing manager, and I was mainly responsible for the motorsport activities of Alfa Romeo. In 1986, I was supposed to lead the Alfa Romeo project in F1 – the plan was to become an engine supplier of Ligier. The deal was signed by Alfa Romeo and I became the leader of that project. Then, Mr Romano Prodi (former prime minister of Italy) sold Alfa Romeo to Fiat. As a result, Fiat took over the leadership of that project and they cancelled everything that was related to Formula 1.

Basically, I had to start everything from scratch because it’s always been my dream to get to Formula 1. I started to work for a small agency in Italy and I worked with Formula 3000 drivers. Actually, I learnt the ins and outs of the business at that agency. Later, I met Eddie Jordan at a motor show exhibition in Bologna and Eddie chose to work with me. I was mainly responsible for getting sponsors for his F1 team and we signed some pretty nice deals. In 1996, Eddie Irvine asked me to become his manager, and it allowed me to work with an F1 driver and work with Ferrari.

I convinced Stefano Domenicali to sign Giancarlo Fisichella for Ferrari.

After that, I became manager of Giancarlo Fisichella, Vitantonio Liuzzi, Antonio Giovinazzi and I also worked with Nico Hülkenberg. In that respect, I’ve been in Formula 1 for over 30 years. Actually, I will celebrate my 500th Grand Prix this year – so I’m quite a veteran here, but I still enjoy doing it.

If you look back on your career, what’s your biggest achievement so far?

To be honest, I was the person who convinced Stefano Domenicali (former team principal of Ferrari) to sign Giancarlo Fisichella for Ferrari – I’d pick that one as my biggest achievement. Another big thing was to get an F2, then an F1 seat for Giovinazzi from basically nowhere. When we speak about sponsorship, I agreed with Kaspersky to sign a partnership with Ferrari – it was a huge deal 11 years ago. I do some business with Kaspersky in the UAE as well – we have opened offices in Dubai and Abu Dhabi.

What do you think of the job Stefano Domenicali is doing as the CEO of Formula 1?

He’s doing an amazing job. As I mentioned earlier, I’m in Formula 1 for over 30 years and I think the sport is at its peak now. They changed the communication system for the fans, and they brought the sport closer to the spectators than ever before. We all benefit from the work of Stefano and Liberty.

Did you learn management and marketing at school?

Actually, not! I’m basically a salesman who sold cars, services and books. I learnt to market by working around motorsports, so it all came from experience. Nowadays, people start to understand the importance of B2B. In the past it was just putting the sticker on the car, taking the money – and that’s it. To be honest, this kind of attitude came from Bernie Ecclestone. In 2022, it’s important to give something back to your sponsor. Business to business – this is what modern marketing really needs to focus on.

I’m in Formula 1 for over 30 years and I think the sport is at its peak now.

Do you think that the current cost cap can make F1 better and more sustainable?

It’s a really difficult question because F1 needs to make sure there are not huge gaps between the teams. Normally, the top teams, supported by automotive groups will always have an advantage over the smaller teams – so the concept of a budget cap is difficult. It has to be developed, it has to be monitored, and most importantly, it has to be fair.

We can see more and more crypto companies joining F1. What do you think about the crypto business?

Well, I’m pretty much interested in it. At the moment, it’s extremely volatile. One day you can feel like a billionaire and the day after you may become a poor person. All in all, I do believe in cryptos and I think it’s here to stay.

Are you working hard to get Antonio Giovinazzi back to Formula 1?

Of course! Antonio deserves to get back to the grid. I think a few older drivers will retire soon and it will certainly make a place for young and talented drivers like Antonio.

What do you think about Formula 1 in 2022? Do you enjoy the season?

Absolutely! It’s an extremely exciting championship this year and I think the battle will continue until the very end. 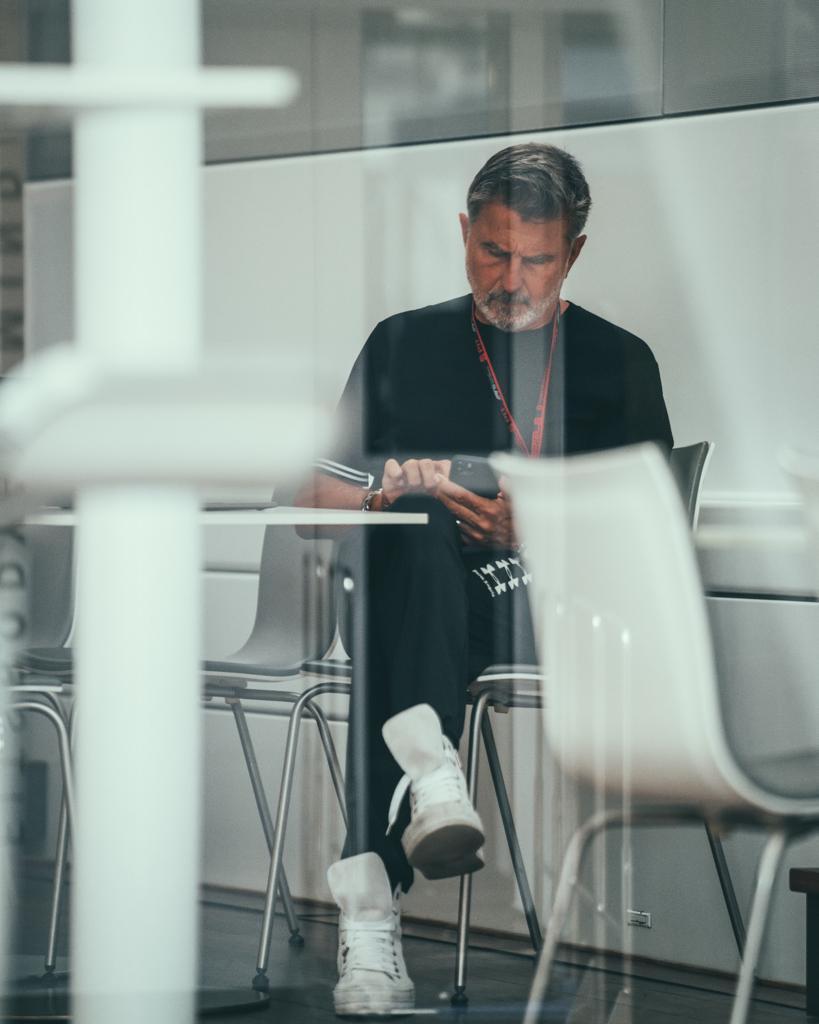