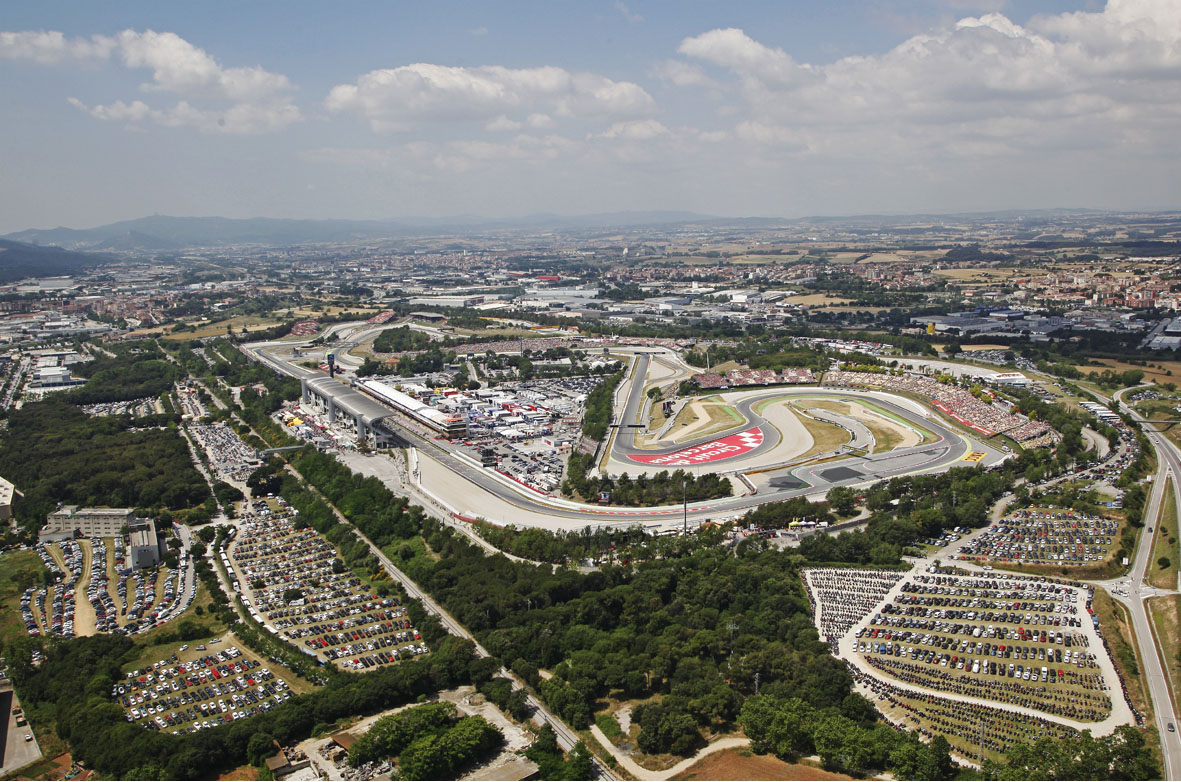 The Formula 1 Aramco Gran Premio De España will be staged for the 31st time at the Circuit. From 7 to 9 May, the premier class of car racing will be surprising the whole world again, in a year marked by the return of two-times world champion Fernando Alonso.

The local driver won’t be alone, as Carlos Sainz will be wearing new colours, to be precise, the red colour of the legendary Maranello-based squad. The Spaniards will be sharing the track with many other talented drivers in a season that will be marked by changes. Sebastian Vettel will be facing the challenge with Aston Martin, while Mick Schumacher will be racing his first F1 Spanish Grand Prix.

The Barcelona event will be the fifth round of the longest season so far, with a total of 23 races. Moreover, it will also be the opening round of the Formula 3 calendar.

Located in Montmeló, Circuit de Barcelona-Catalunya was inaugurated on 10 September 1991. It was a project driven by the Catalan Government, the Royal Automobile Club of Catalonia and the Montmeló Town Council. The Circuit hosted the first race only five days after the inauguration. It was a round of the Spanish Touring Car Championship, while the first Formula Grand Prix was staged a few weeks later, on 29 September.

The MotoGP Grand Prix was included the following season into the sports calendar of the Circuit. Since then, the Circuit has hosted every year, without break, the Spanish F1 Grand Prix and the Catalan MotoGP Grand Prix, two of the most prestigious championships of motorsports, which are now joined by BarcelonaRX, the FIA Rallycross World Championship.

With the staging of the F1 Grand Prix, the MotoGP Grand Prix, the FIA Rallycross World Championship and other important motorsport competitions in its sports calendar, Circuit de Barcelona-Catalunya showcases its own name and that of Montmeló, Barcelona and Catalonia at a worldwide level.

In addition to the competition activity, Circuit de Barcelona-Catalunya rents its facilities throughout the year. Private and collective tests, driving courses, incentive and training days, world presentations and many other events are also held at the Circuit. The rest of the spaces can also be used to carry out all kinds of commercial, social and/or PR activities.

Circuit de Barcelona-Catalunya does also offer a wide range of experiences to enjoy the racetrack, such as track days, Ferrari driving, guided tours, BiCircuit bicycle laps, among many other available activities in Montmeló.

During these almost 30 years, Circuit de Barcelona-Catalunya has positioned itself as one of the best permanent racetracks and has strengthened its position as a unique venue to organise any kind of events or experiences, given the quality of its services and the polyvalence of its facilities. Thanks to its privileged location, only a few kilometres away from Barcelona, it also offers several very attractive options for tourists.