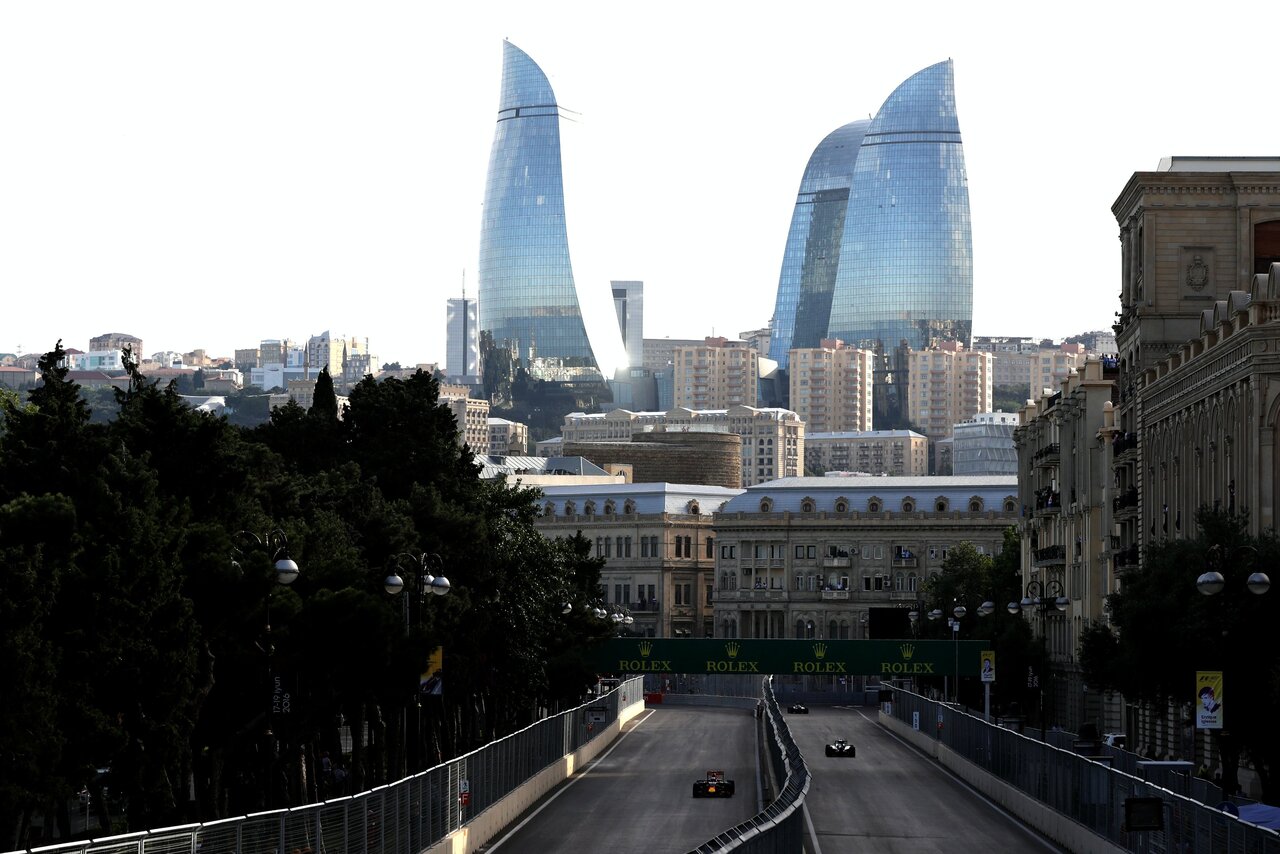 Get up to speed with everything you need to know about the Azerbaijan Grand Prix 2021 edition, which takes place over 51 laps of the 6.003-kilometre Baku City Circuit on Sunday, June 6.

When was its first Grand Prix?

The first Grand Prix in Baku was held in 2016, as the European Grand Prix. That was followed by the inaugural Azerbaijan Grand Prix in 2017, which witnessed one of the biggest upsets of the season, with Daniel Ricciardo winning out from Valtteri Bottas and the Williams of Lance Stroll, while Lewis Hamilton and Sebastian Vettel engaged in some argy-bargy behind the Safety Car.

A mixture of wide and open and tight and twisty. The lonnnnng main straight along the Baku shoreline is a slipstreaming mecca, and with cars able to run three abreast into Turn 1, the action often looks more IndyCar than F1. However from there, the track loops around into the city’s narrow, winding Icheri Sheher old town, dramatically wending past Baku’s medieval city walls. As in Monaco, the slightest mistakes are punished quickly and severely, while set-up wise, the teams are forced to choose between downforce for the twisty bits and less drag for the straight.

As with all city tracks, spectating at the Azerbaijan Grand Prix 2021 means that you’re right in the middle of the action when the cars get put back in their boxes. Baku itself is a buzzing city, while food is a key part of Azerbaijan’s culture, incorporating elements of Turkish and Middle Eastern cuisine – so eat up!

Where is the best place to watch?

The principal Absheron grandstand at the end of the main straight should be high up on your viewing wish-list, as you’ll be watching the cars braking from around 350km/h into the 90-degree Turn 1 – and you’ll likely get to watch the lion’s share of overtaking too. Elsewhere, the Icheri Sheher grandstand provides a unique vantage point, as you watch the cars wriggle through the city gate section and power on down to the super-fast Turn 13-15 complex.