F1 is considered the pinnacle of the formula ladder. It is an excellent example of what happens when technological masterpieces get combined with men who continuously push their limits and strive to be the best at what they do. It is a sport that makes your heart go faster than Raikkonen’s Monza lap, which is one of the reasons why fans all over the world watch this sport closely.

This years’ season is well underway. We started back in March with the Australian Grand Prix, and several months later we’re nearing our next race in Belgium — the race is scheduled for August 30 to September 1.

F1 is one of the most popular sports among bettors across Canada. With the new race right around the corner, the Internet is exploding with predictions on who’s going to end up doused in champagne. For us, one of the best ways to see who has what it takes to end up on the podium and bring home the bacon is to look at current F1 standings.

Last several races, and frankly, throughout the whole season, Lewis Hamilton has been dominating the competition. Canadians had the pleasure to watch one of the best races of this season and while Hamilton finished first, he was closely followed by Vettel and Leclerc. In France, Hamilton snatched the first place yet again; however, this time, he was followed by Bottas and Leclerc who were 18 seconds behind him.

While things were looking fantastic for Hamilton and he seemed to be steamrolling through the competition, in Austria, he finished 5th while the podium was reserved for Verstappen, Leclerc, and Bottas. Fast forward a few races ahead and you will easily notice that the same names are reappearing on the podium and snatching the points.

If you would like to bet on F1 yourself, and learn about the top F1 betting sites, as well as more advanced F1 betting tips. However, before you spend your money, make sure to check who the previous winners of the Belgian Grand Prix were. 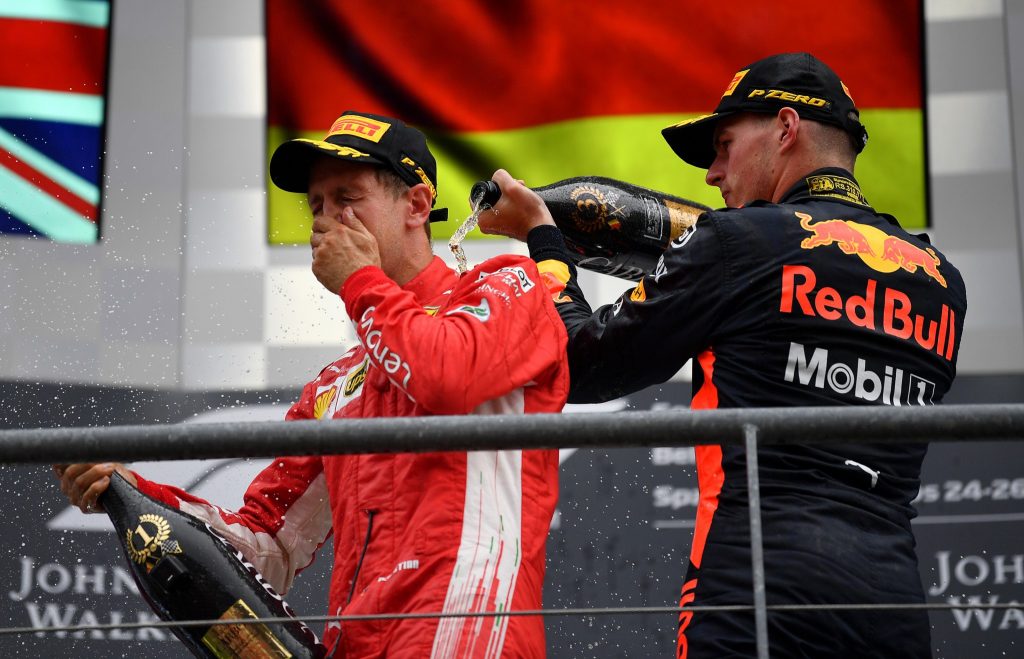 By taking a closer look at the drivers’ current form, sportsbooks are already offering odds for the upcoming Belgian Grand Prix. To no one’s surprise, Lewis Hamilton is ahead of the pack with 7/4 odds to take home the trophy. He is followed by Sebastian Vettel with 3/1 and Leclerc with 13/4. However, are these three a safe bet?

To answer that question, we can take a quick trip down memory lane and take a look at some of the previous Belgian Grand Prix winners. From 2013 to 2018, some of the most recurring names are Hamilton, who has made podium five times during those years and won the race twice, and Vettel with three podium appearances, two of which he had won.

Last year, however, the podium was taken by Vettel, Hamilton, and Verstappen, respectively, which may be a good indicator of what we can expect in this year’s race.

Overall, it seems that the favourites for the following races are evident. However, what’s fantastic about F1 is that no race is set in stone and there is always going to be that one guy who’s going to decide to turn the world of racing on its head just like Gilles Villeneuve did back in Spain in 1981.

If you enjoy all things F1 and wish to learn more about the sport, feel free to check our piece on most influential people in F1 or browse through our website where you’re guaranteed to find something to your liking.