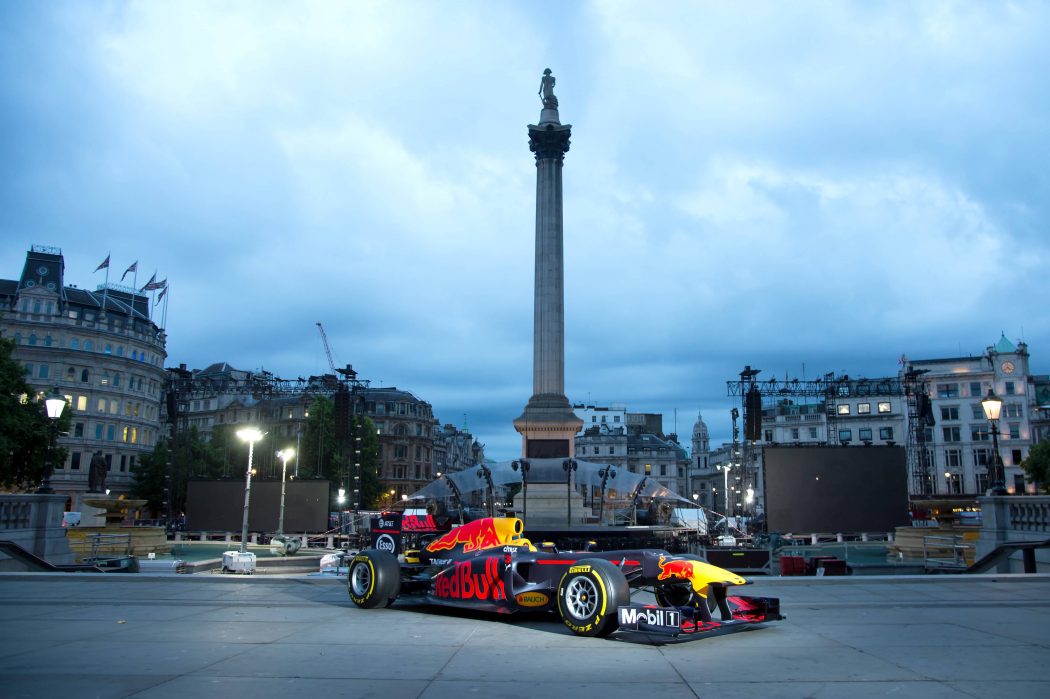 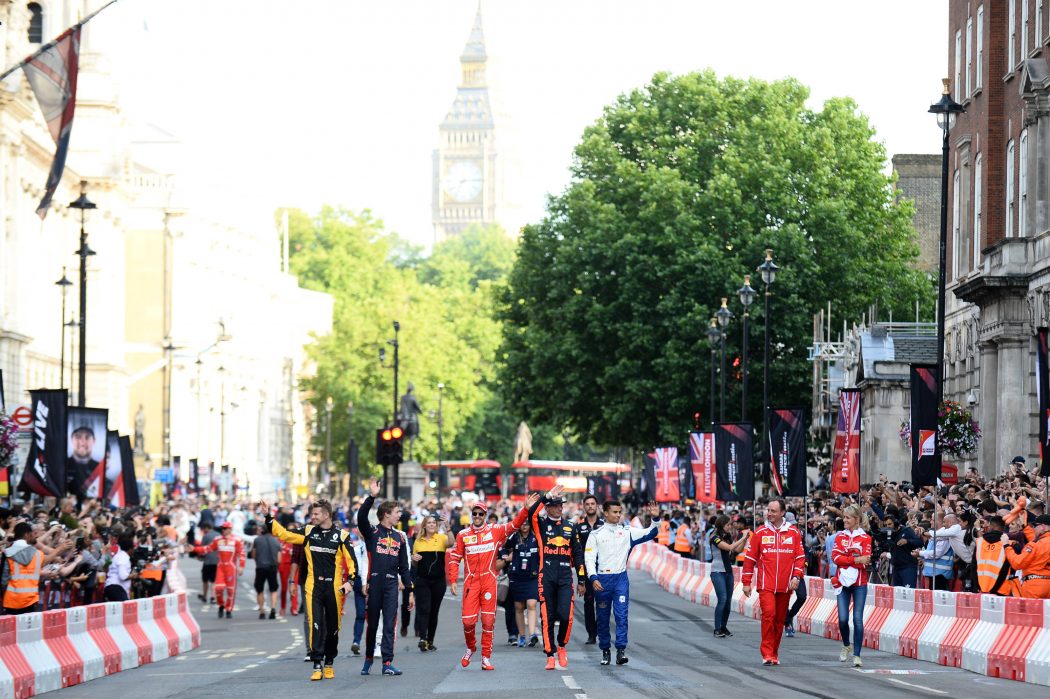 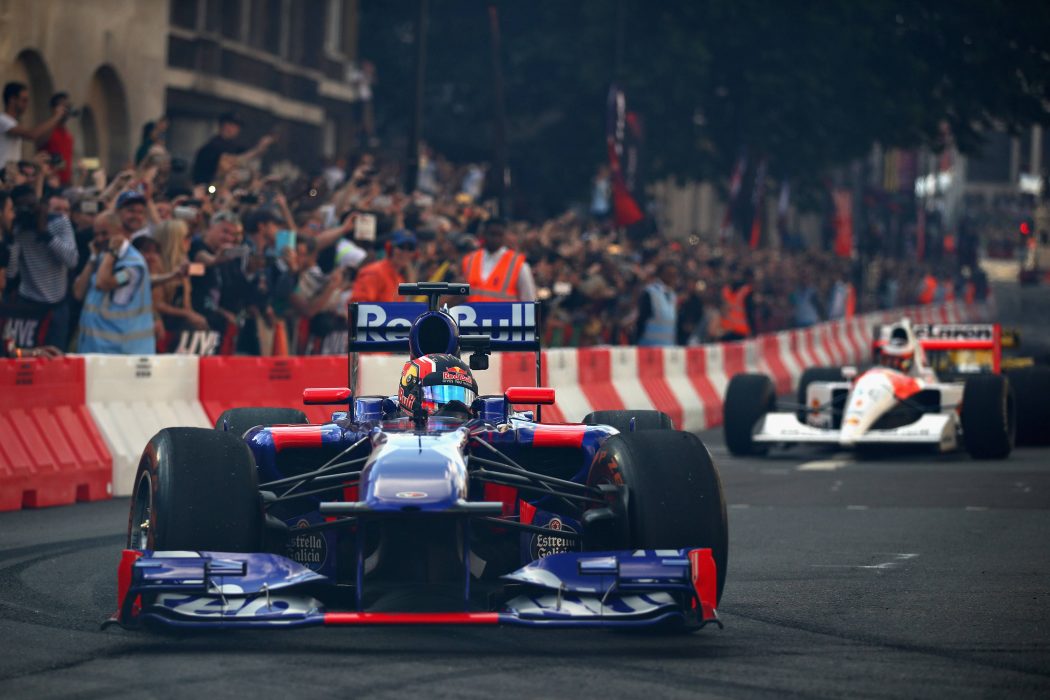 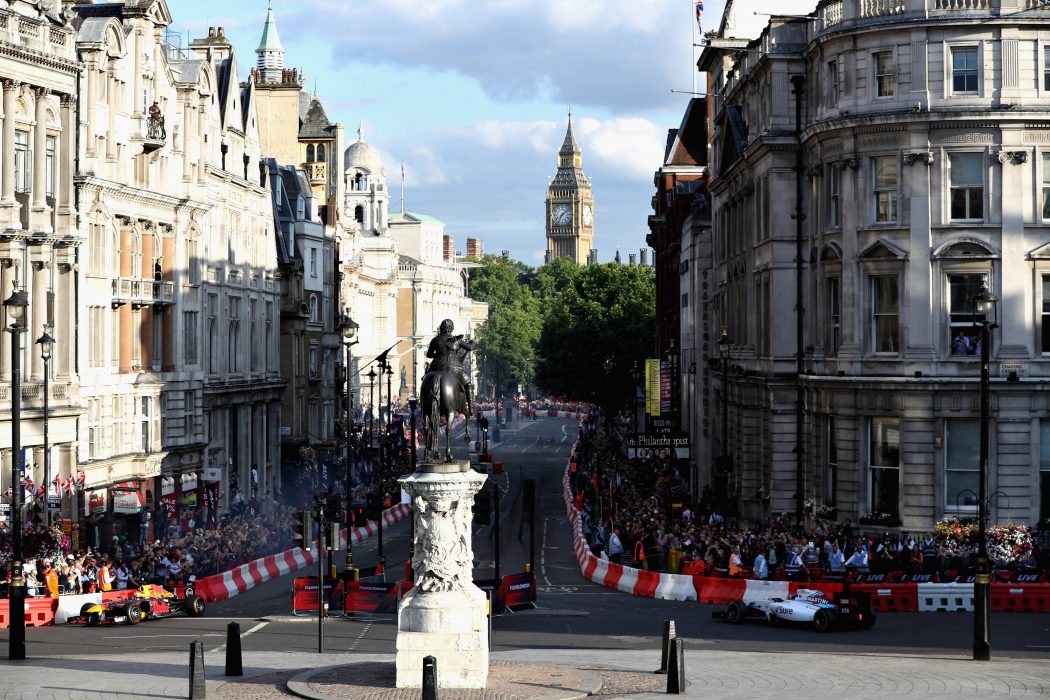 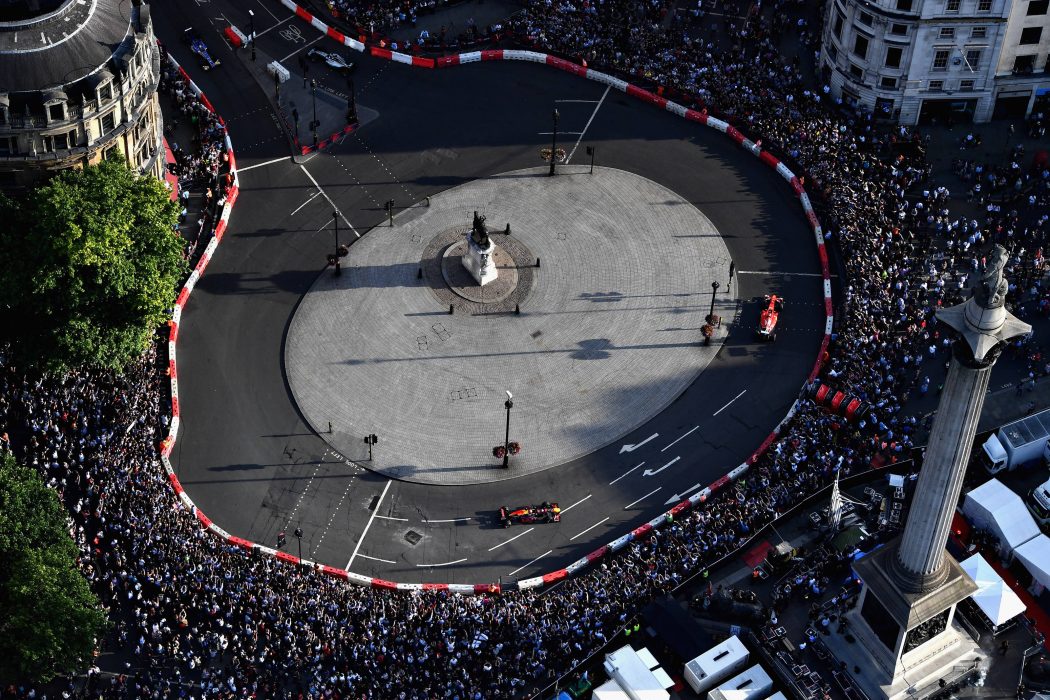 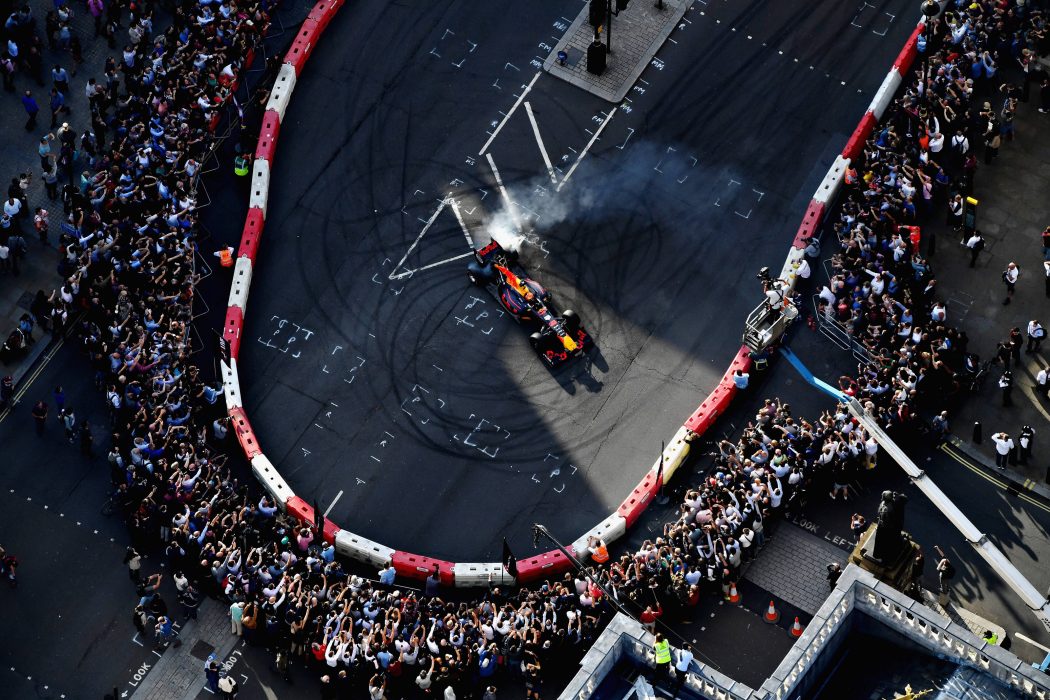 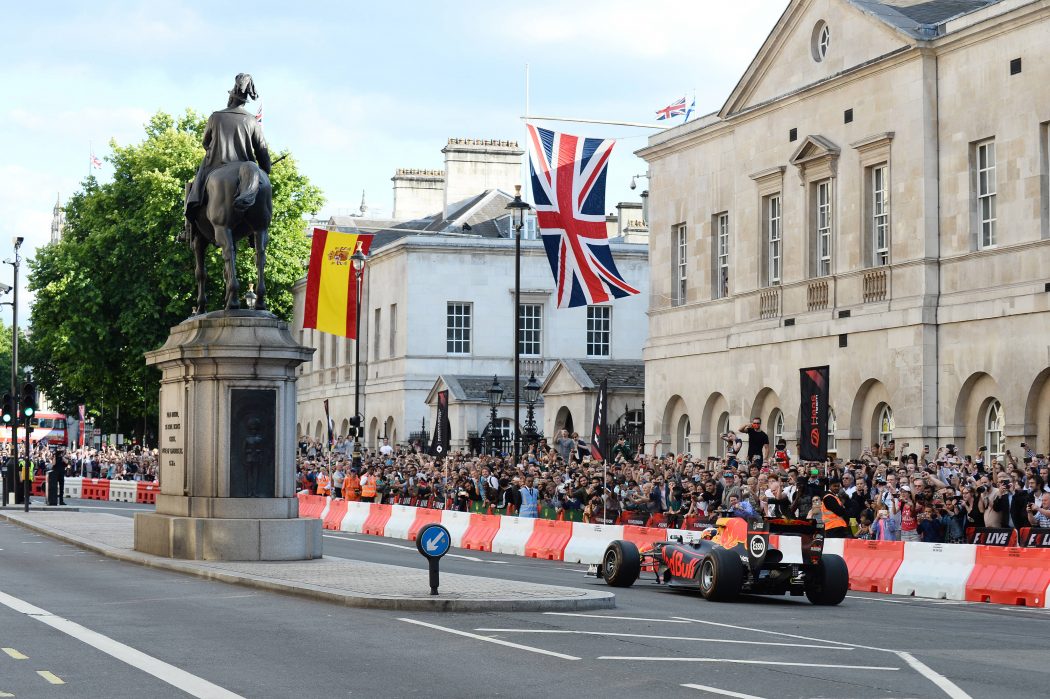 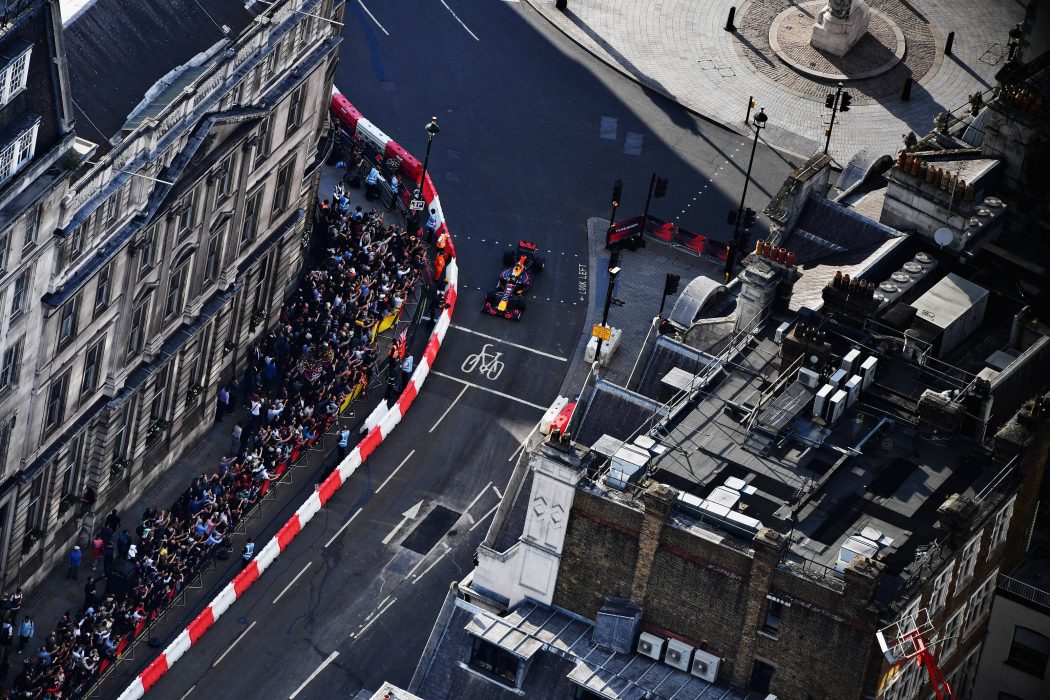 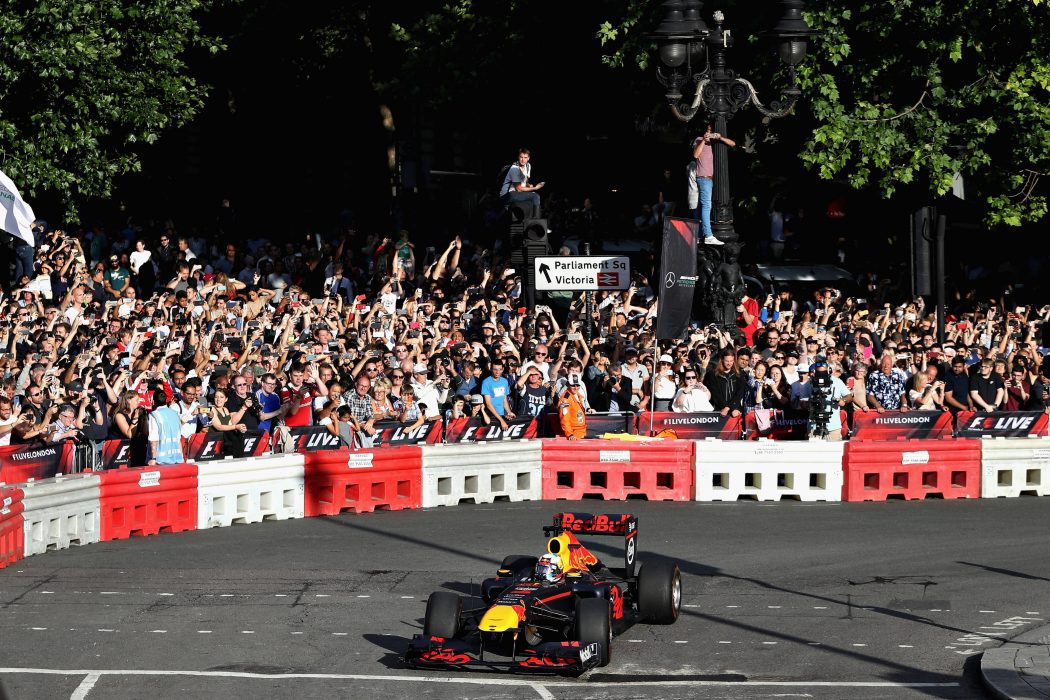 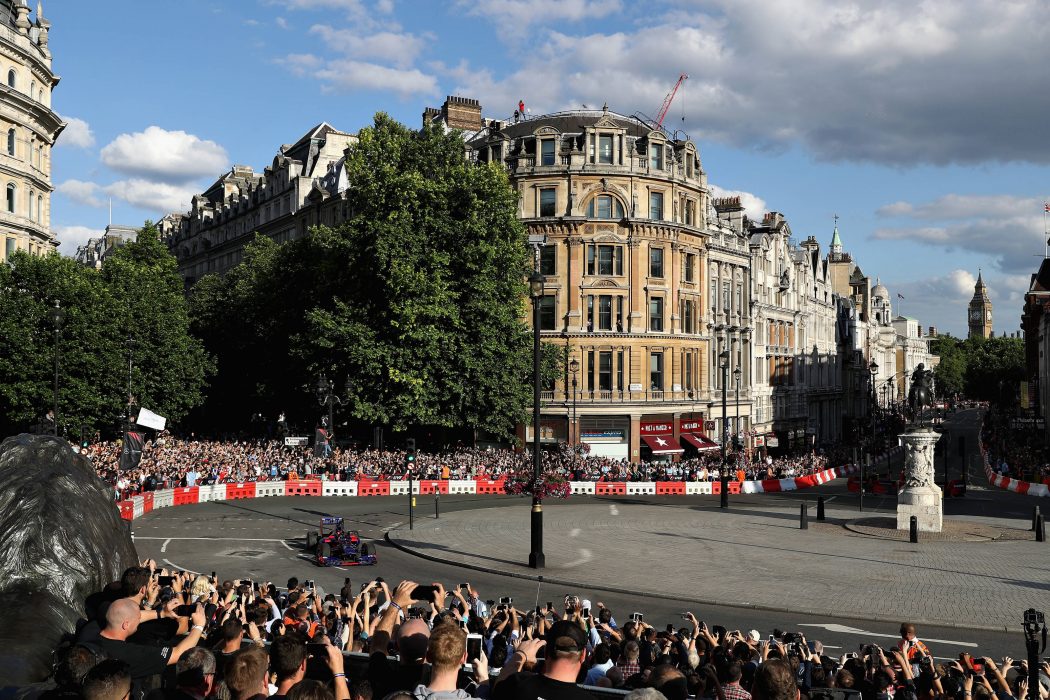 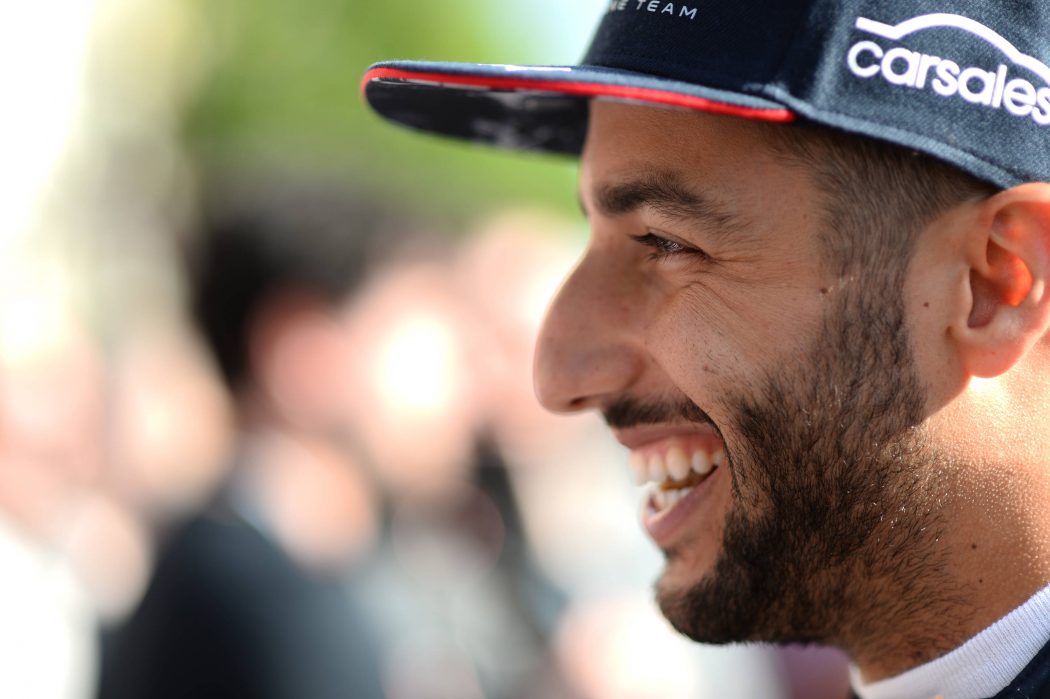 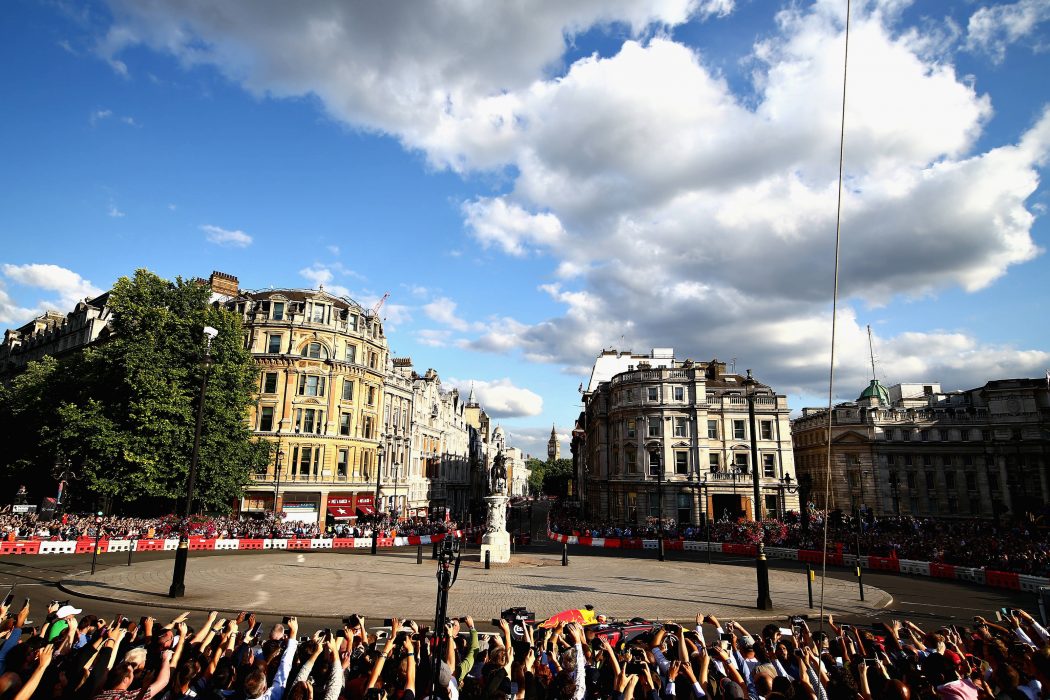 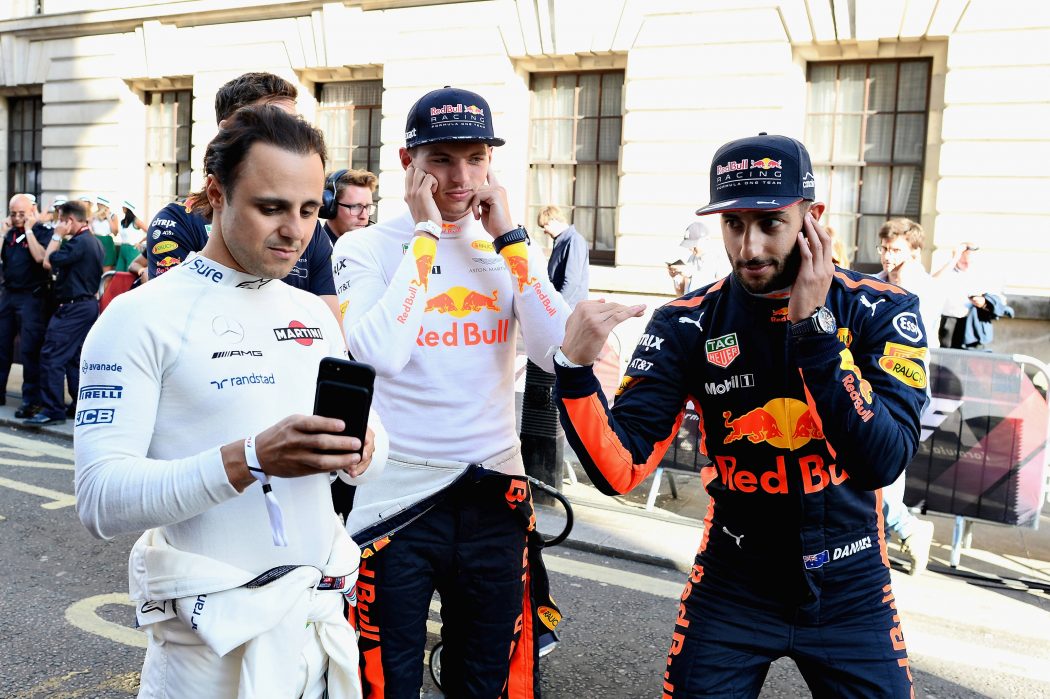 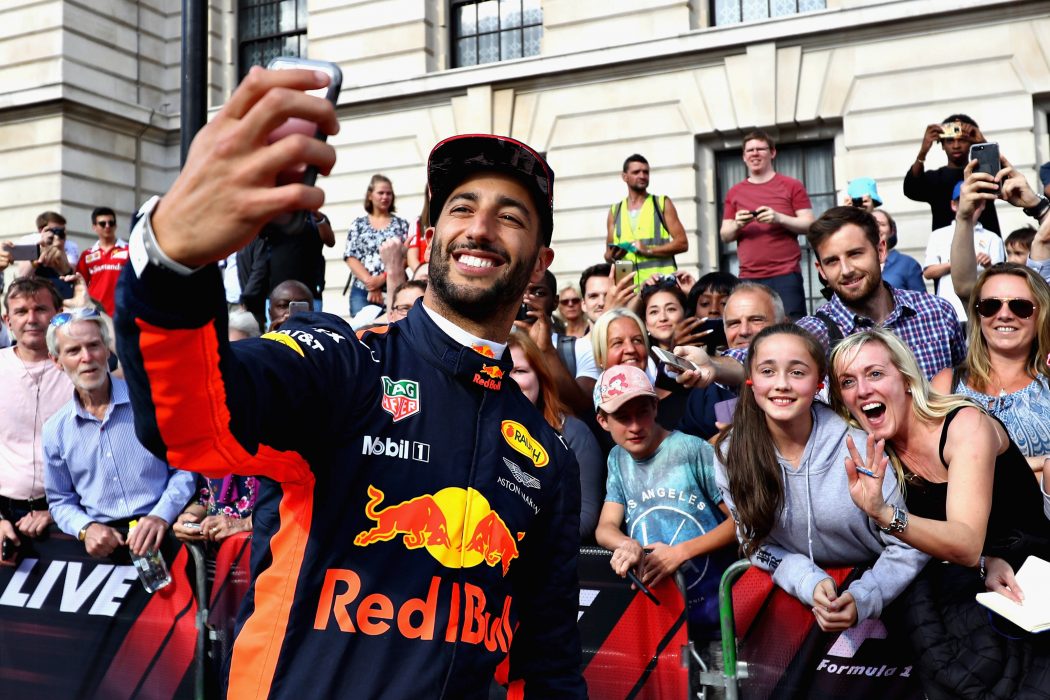 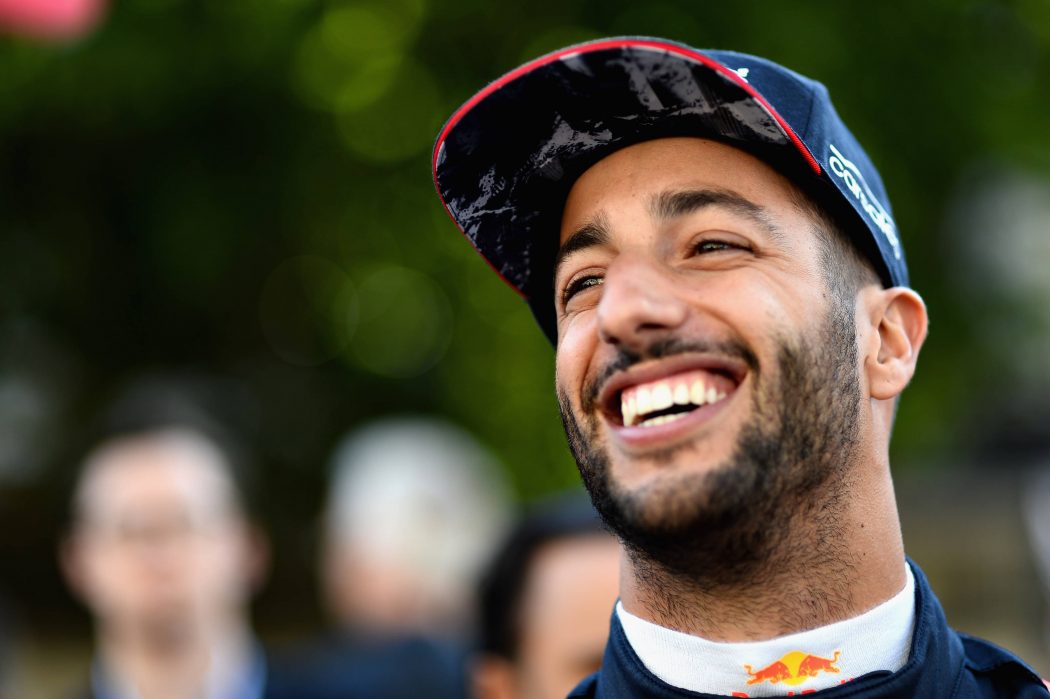 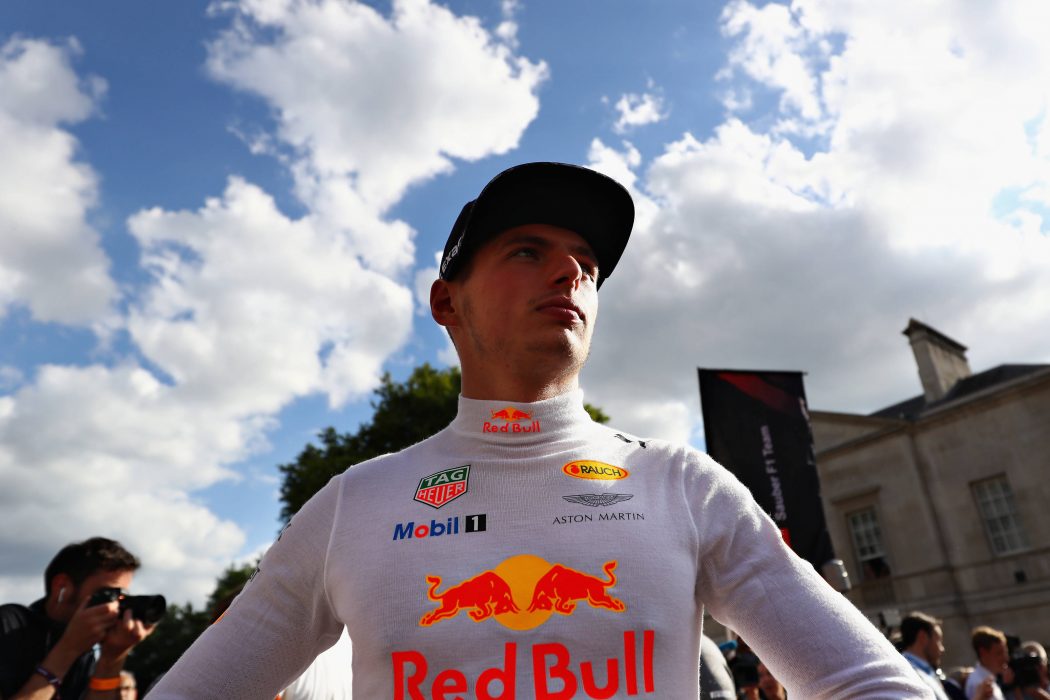 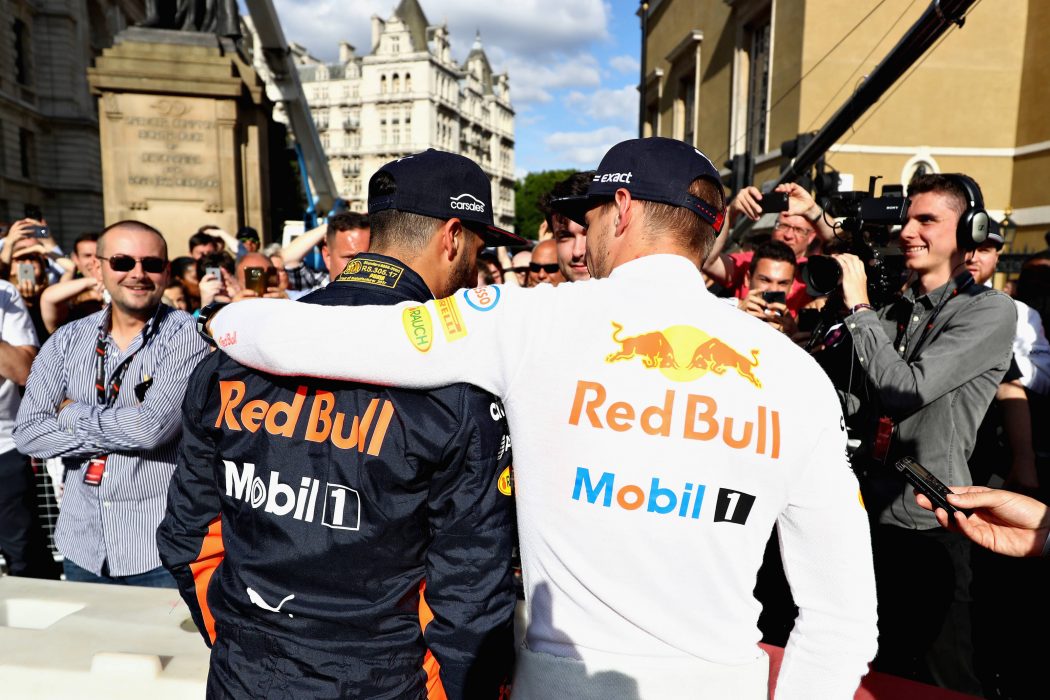 It’s not like the British Grand Prix particularly needs promoting – but glorious, wonderful promotion it got with a spectacular multi-car show in Central London on Wednesday evening.

F1 Live London has been in the works for a while but was kept under wraps until yesterday when the building of a stage in Trafalgar Square and half a mile of crash barriers along Whitehall made it pretty hard to keep a lid on. Despite the late notice a crowd in their thousands filled the streets, and were given a rare treat indeed.
Along with an impressive static display of F1’s ancient and modern machinery outside the National Gallery, a fleet of eight cars took to the streets, spanning 40 years of F1 history. We really shouldn’t laud the competition but McLaren probably won the head-turning battle, showing up with Aryton Senna’s V12 MP4/6, the sheer volume of which within the confines of city streets is… impressive. We did our bit with the double championship-winning RB7 fired up and raring to go with Max and Daniel taking turns in the seat.
The circuit was too tight and the crowds too near to really open the cars up, but the drivers put on a great display nonetheless. With the Live Demo team in regular action, our guys get a lot more practice with showcars than most, so they were a bit more expansive with the spins and burnouts than some of the others. Max got within about an inch of buying the RB7 a new rear wing, while Daniel once again proved that there is none more donut than he, pulling his first to spectacularly exit the temporary pitlane, and then burning and sliding his way all around the circuit in a haze of blue smoke.

“This was an event for us to have some fun and give the fans a up close experience,” said a very happy Daniel afterwards. “We’ve done a lot of show runs as a Team over the years, and doing more of it can only be a good thing. We’ve only ever had great feedback and to have pretty much everyone here is pretty special.”

“I think Formula One will always be special and even if nothing did change, it’d still be special. But we need to evolve, make changes over time and events like this can only help us.”

19 of the 20 current F1 drivers made an appearance, as did plenty of former F1 stars, from Rene Arnoux driving Renault’s venerable RS01, to Martin Brundle and David Coulthard who were hosting, and world champions Jenson Button, Mika Hakkinen (both driving F1’s two-seater), Nico Rosberg and Damon Hill.
After the driving, attention turned to the stage show where Little Mix and the Kaiser Chiefs performed, and the drivers all put in an appearance. The party went on late into the night but they (most of them) headed off: they’ve got another engagement to get to.
“It’s really unique to be able to walk down the streets of London and see Formula One cars.” added Max. “It was a really busy event, with some great cars on show for the fans. It’s the perfect occasion to get people here ready for the British Grand Prix.”
Credits
Red Bull
Categories
Gallery
Tagged
british grand prixDaniel RicciardoF1Formula 1Jenson ButtonLondonNico RosbergracingRed Bull
34