Fangio vs Raikkonen: a graphic comparison by RaceChip 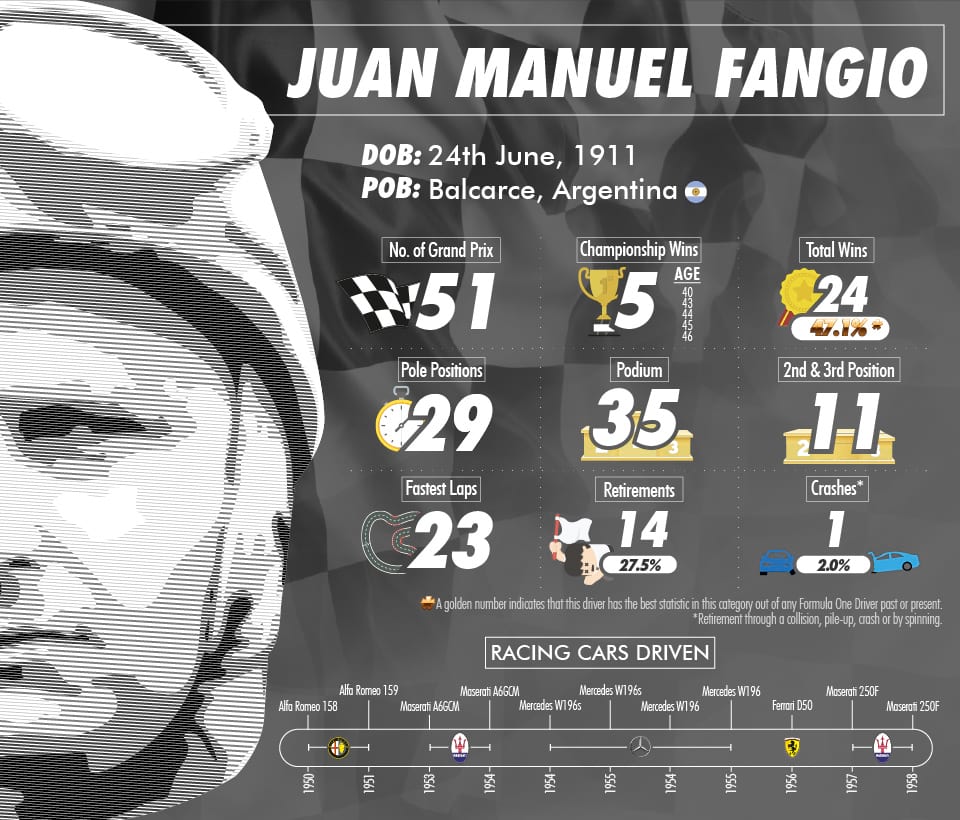 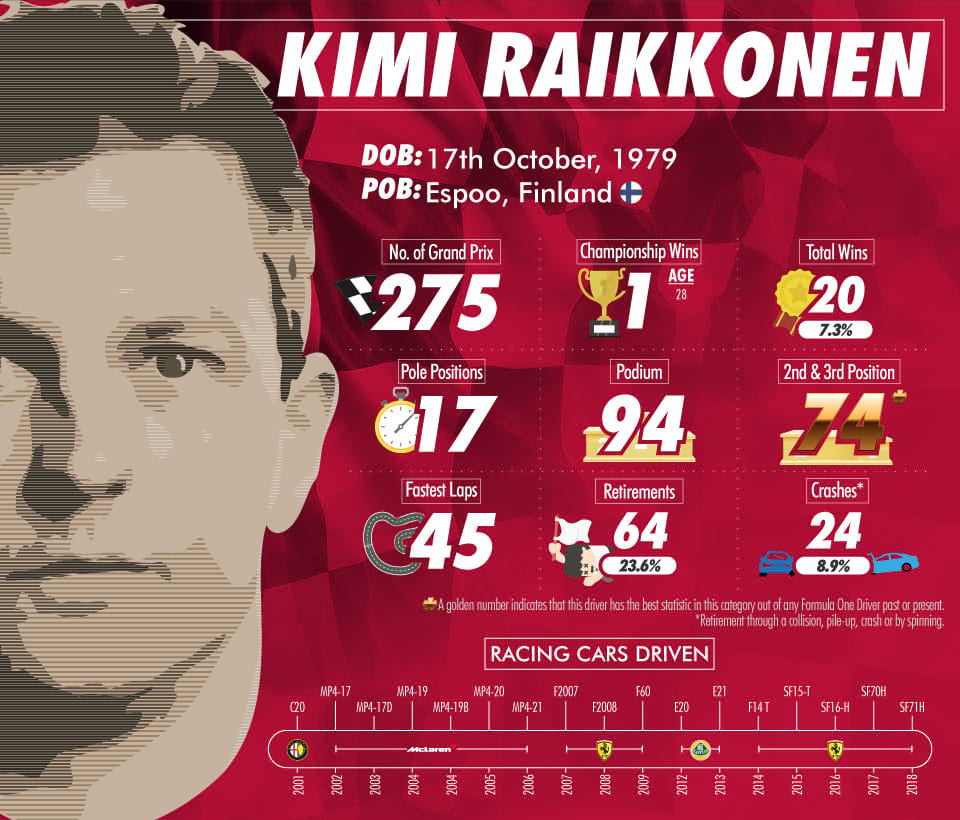 The Argentinian Juan Manuel Fangio has always had a great reputation. To this day he retains the highest win percentage of all Formula 1 drivers, despite only entering for eight years. As well as this, he was competing at an age far above his contemporaries (having won his first championship aged 39). This led to people referring to him by various nicknames: some were complimentary (like The Maestro) while others were cheekier (like The Old Man). Fangio also has the fortuitous accolade of an extremely low crash percentage, having only been involved in one crash throughout his entire Formula 1 career.

This is not to say that his lone crash was not an innocuous one by any stretch of the imagination. While on the way to a race in Monza in 1952, Fangio was delayed and missed a connecting flight – his response to this was to drive through the Alps overnight to make it to the race. This meant that he arrived at Monza only half an hour before the race began. Utterly exhausted, Fangio crashed on the second lap, resulting in various injuries (including a broken neck). He recovered but was to have a stiff back for the rest of his life.

Kimi Raikkonen, nicknamed The Iceman for his cold temper, is a driver with a lot of experience under his belt. With 275 Grands Prix entered and one championship win, he also holds the record for the highest number of 2nd and 3rd position results in Formula 1 (clocking in at 74). Along with his 20 race wins, this gives him a total of 94 podiums. Kimi has the second highest number of fastest laps of all time, trumping every driver in this regard except for the one and only Michael Schumacher.

After one year with Sauber and a lengthy stint with McLaren, Raikkonen spent a few years driving for Ferrari. Then, after a three-year break from Formula 1, he signed with Lotus to much surprise. However, it wasn’t long before Raikkonen would return to Ferrari in 2014, where he has remained ever since.

A huge thank you for the graphs and descriptions to RaceChip