Formula fun: the sport is trying hard to present the world a cool show with gimmicks improving the sound or throwing sparks. It’s time to stop this nonsense and make real changes.

Since Bernie Ecclestone has taken over the helm in the management of motorsport’s elite category, a lot has changed. Formula One has graduated from a championship of petrol heads and fearless drivers to a high-tech spectacle of car manufacturers. But is today’s multi-billion-dollar business really what the world wants to see? Actually, not. The release of Niki Lauda’s and James Hunt’s F1 title duel from 1976, “Rush”, has added fuel to the fire showing today’s fans, how cool and crazy F1 used to be.

A modern F1 car is the result of years of research, design and trial and error. Each year a race team spends tens of millions of dollars to develop lighter materials and more aerodynamic exteriors. The result is a very expensive racing machine. Yes, F1 is the pinnacle of motor racing, and yes, cars should remain state-of-the-art vehicles. But the sport has also always been entertainment. And much of this entertainment has been lost. One of the core reasons is that we have excellent drivers in the cockpit who are more concentrated on listening to on-board radio instructions and turning hundreds of buttons than engaging in wheel-to-wheel battles.

Formula 1 ought to look beyond its own nose and adapt valuable ideas from other series or sports even.

Racing drivers should mainly do one thing: racing. “At present, we are in a series where the best car wins, not the best driver”, Red Bull Racing motorsport boss Helmut Marko said. Although the Bulls man’s statement is understandably subjective, a lot of truth is in it. With less downforce, less electronic technology and less influence from the pitlane, the driver would return to the centre of attention. Drivers should decide which tires to select, when to come into the pits and when to attack their teammate or not. Much of the excitement, which has given F1 its status over the years, was down to innovation and cutting edge technology taking the risk of failure. But most of this gloss has gone.

Every nut and bolt used on a car has been standardised and for long cars were impossible to differentiate once the livery was off. When the radical changes ahead of the 2014 season meant that suddenly engines would fail, gearboxes would break down and cars would simply stop, most teams were in a state of shock. But that’s racing.

Over the years, Formula 1 has become ridiculously expensive. Budgets of USD 300 million or more are no exception among the top teams. To make the sport more competitive again, the first step towards a financial recovery must be a budget cap. Between 1980 and 1987 the budgets of the leading teams quadrupled. By 2008, a team that had spent USD 12.5 million per annum in 1980 was investing USD 300 million. Then FIA President Max Mosley called the spending “unsustainable” and urged the adoption of standardized engines and chassis parts. Since these measures were not in the interest of the big car builders, Mosley’s ideas were quickly neglected. All that remained of the multi-point agenda was the distribution of customer engines. However, they are no expressions of fairness, but simply serve as a larger basis of input to gain more feedback for further development on the motor for the respective works team.

Ahead of the 2014 season, a comprehensive catalogue of regulation changes was sanctioned, officially introduced to make the sport more environmentally friendly and cheaper at the same time. But it turns out that R&D, as well as the production of the new systems, have actually raised costs. F1 ought to look beyond its own nose and adapt valuable ideas from other series or sports even. When drivers’ autograph sessions and public pitlane walks were introduced, Ecclestone and his disciples made a huge fuss about it, although these fan activations had been everyday business in most top racing categories for more than a dozen years. IndyCar, a series generally laughed at by F1 boffins behind closed doors, offers much more exciting races despite a lower driver level.

In America’s open-wheel top-flight drivers get extra points for pole position and fastest lap, which can make a difference throughout a season. Also, strategy poker based on refuelling and safety-car phases caters for excitement. Bringing in former racing drivers in support of the regular stewards was a good move. However, which race actions are already debated and penalised in F1 “is simply a joke. Had we had all these rules, there would have been no racing at all in our days. Don’t overtake here, don’t move over there, and so. Ridiculous”, 1980 world champion Alan Jones said.

What do Spa, Montreal and Monaco have in common? All of them are traditional tracks and teams, drivers and fans love them. Most recently, the Red Bull Ring, a revamp of the old Österreichring, has returned to the calendar and the entire F1 community was excited to watch the race while camping in Alpine meadows. This sort of unique flair is alien to almost all tracks that “Big Bernie” has been adding over the years. Nobody really missed the cold atmosphere of five-star hotels, skyscrapers, shopping miles and dance clubs.

“Many F1 tracks of today are artificial. It’s great to have an authentic setting like Austria back”, former Red Bull ace Mark Webber said visiting the Red Bull Ring. “Some of the tracks on today’s calendar are so clinical they could be anywhere, even on Mars”, he added. Changes to the tracks themselves should include the reconstruction of the numerous run-off areas without increasing the crash risk. Based on the myth that gravel could not stop the cars properly, huge tarmac run-off zones were introduced.

However, their main function is to keep as many cars in the race as possible, because the famous “win on Sunday, sell on Monday” phrase doesn’t work all too well, if your cars are televised worldwide being stuck in the gravel. “This is one of the many changes which have disabled separating the wheat from the chaff”, Marko commented. But we actually want the wheat, not the chaff, don’t we? 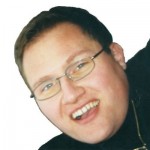