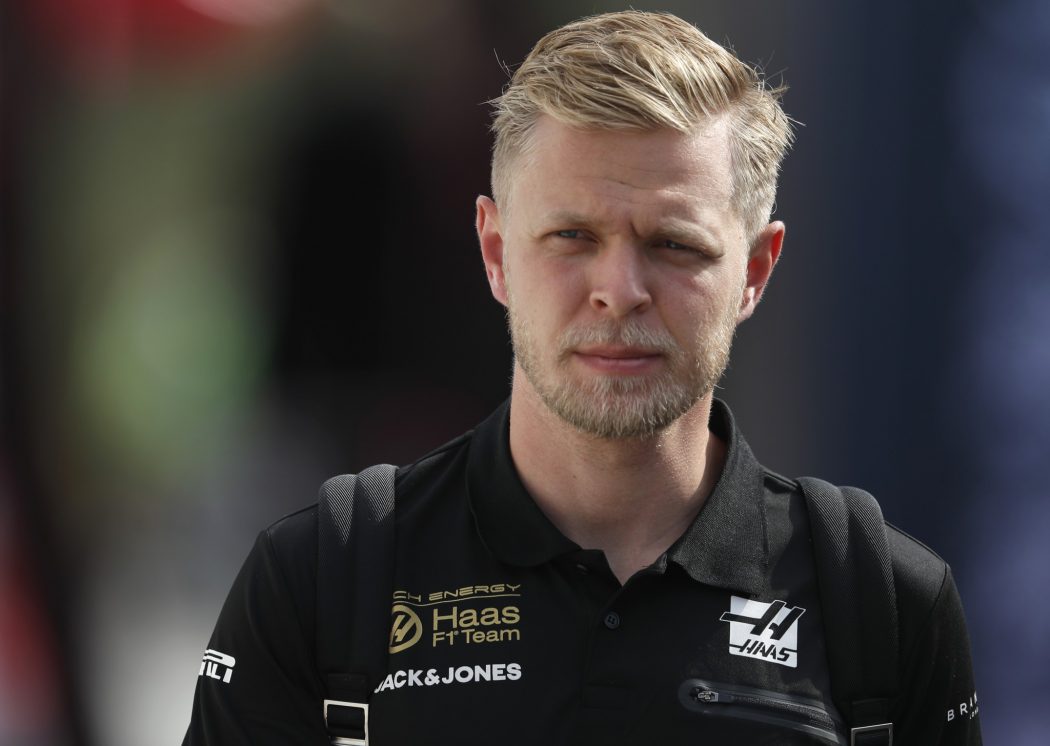 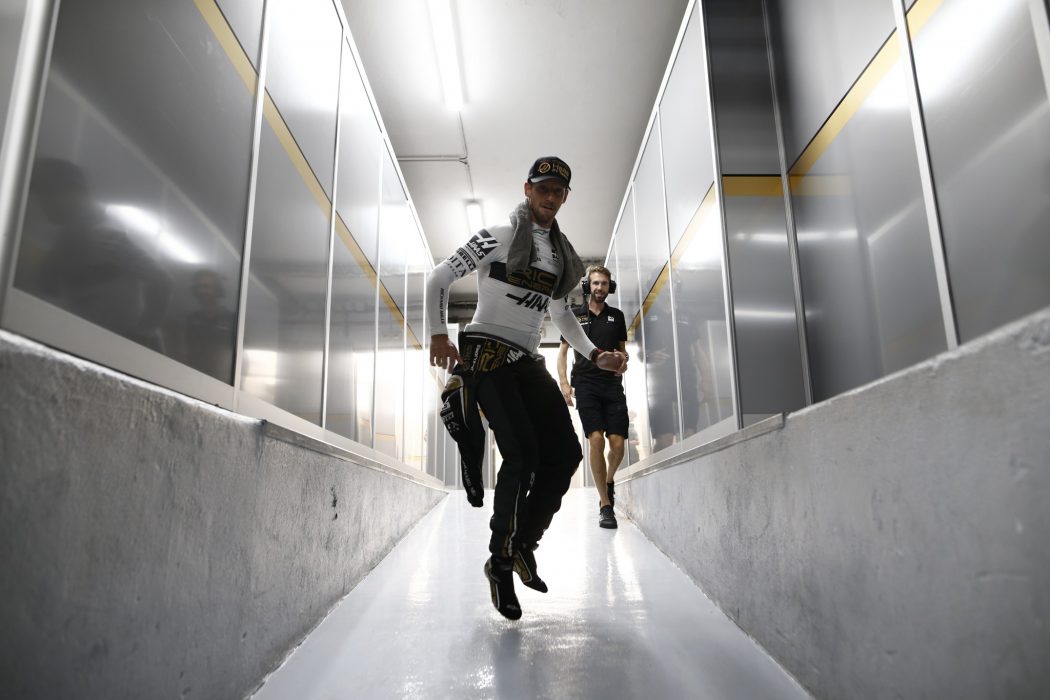 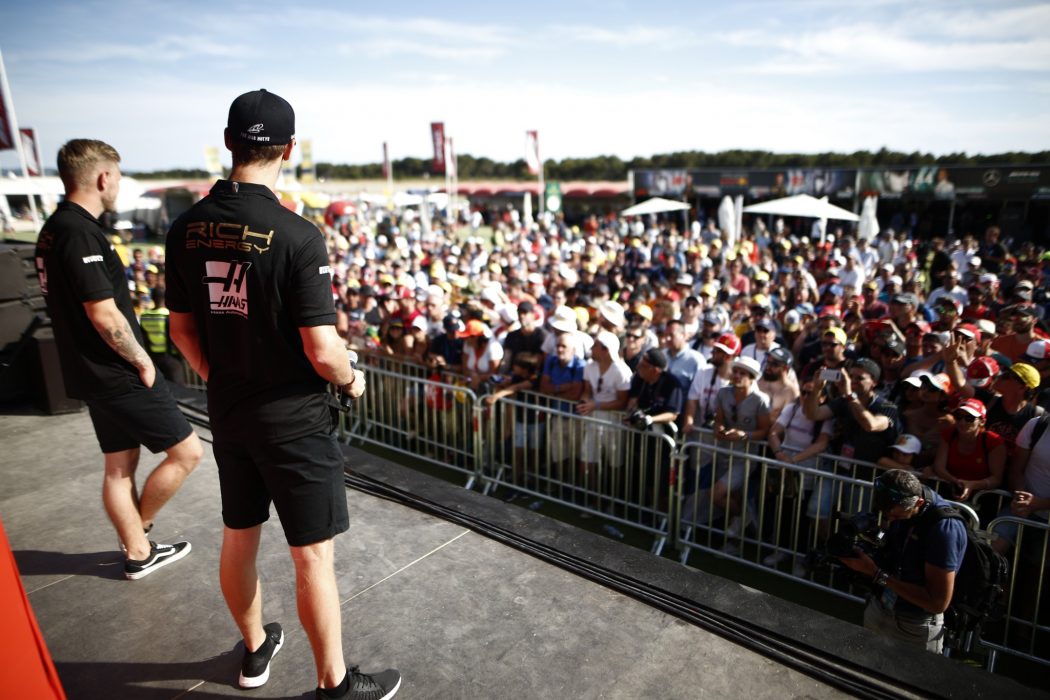 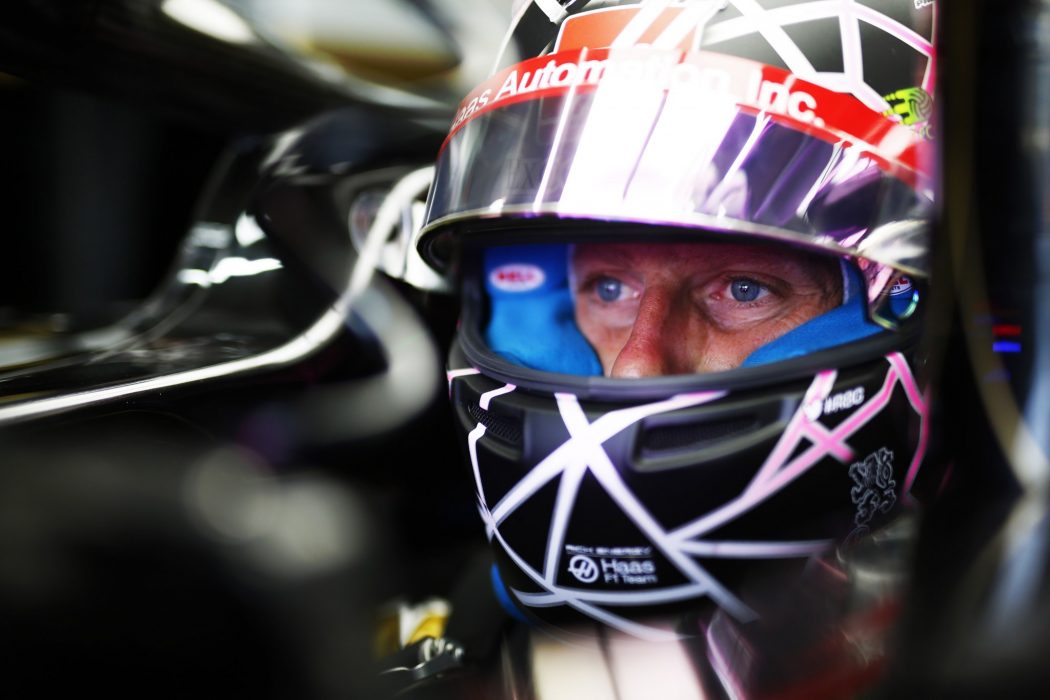 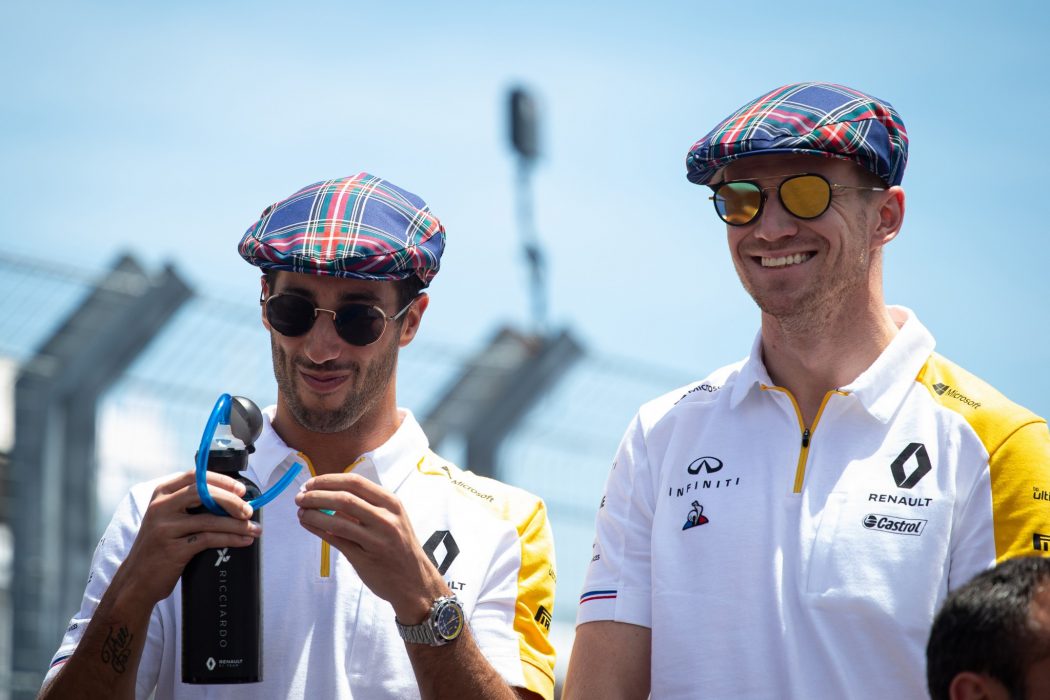 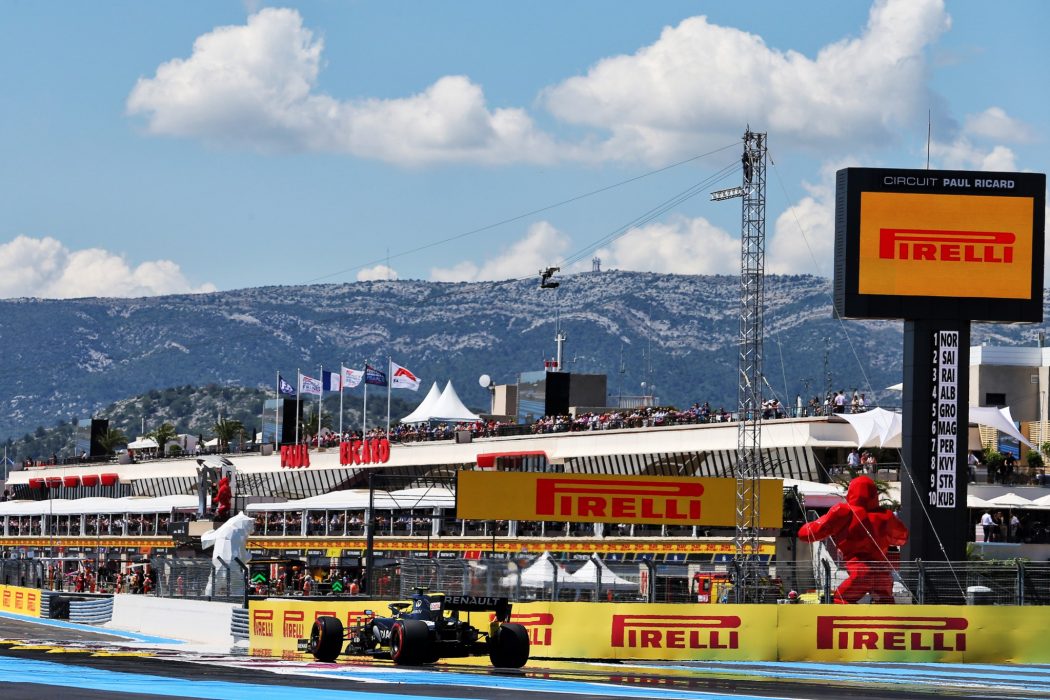 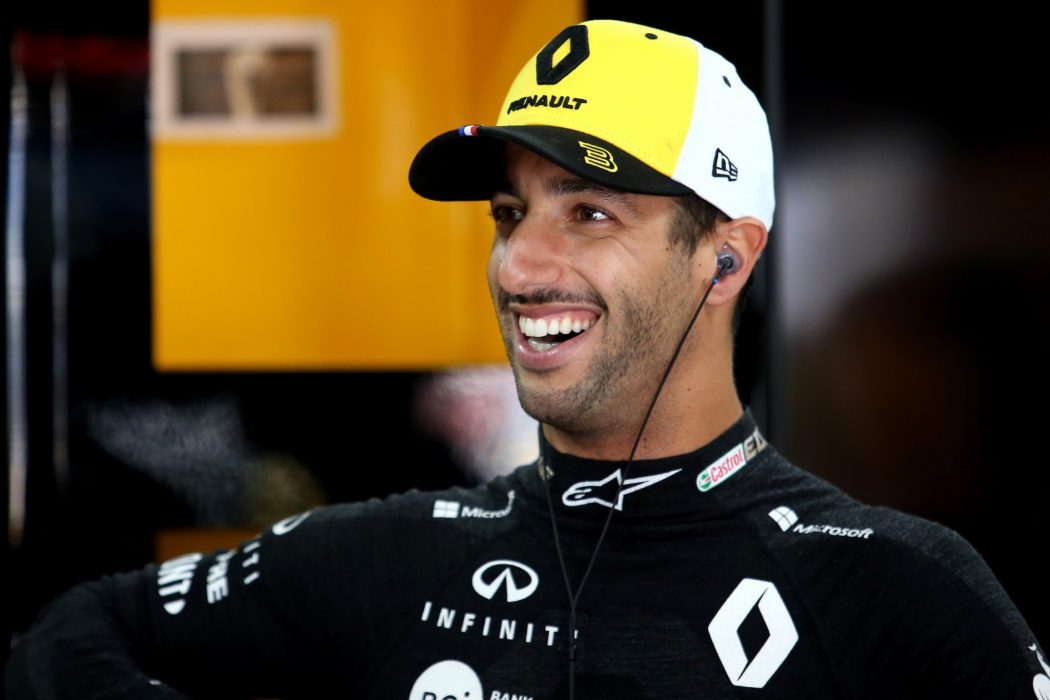 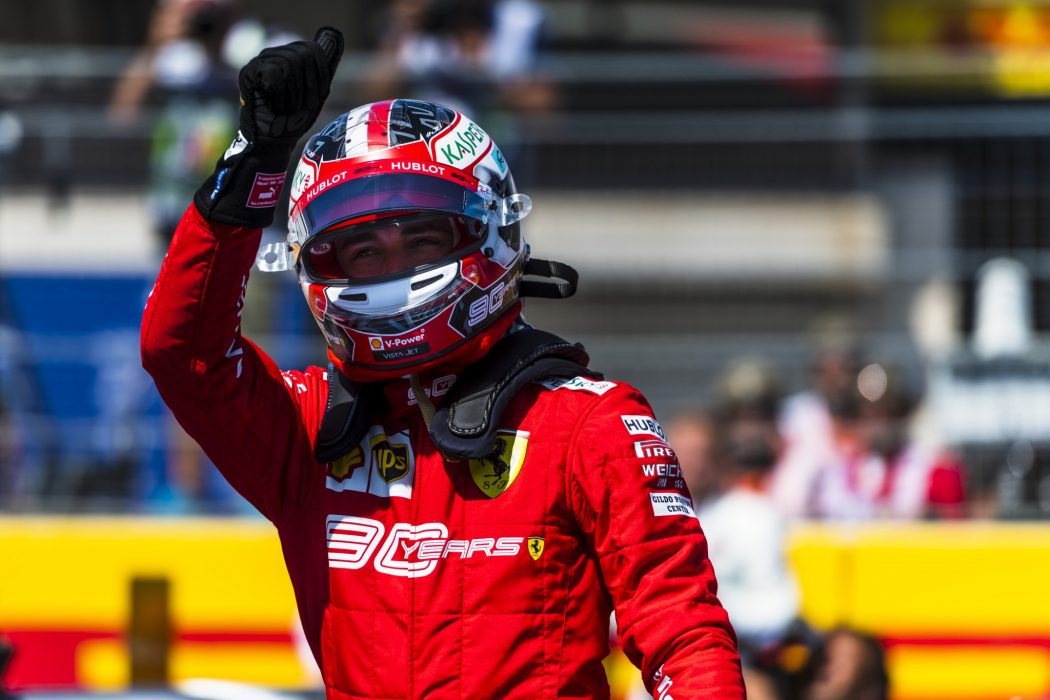 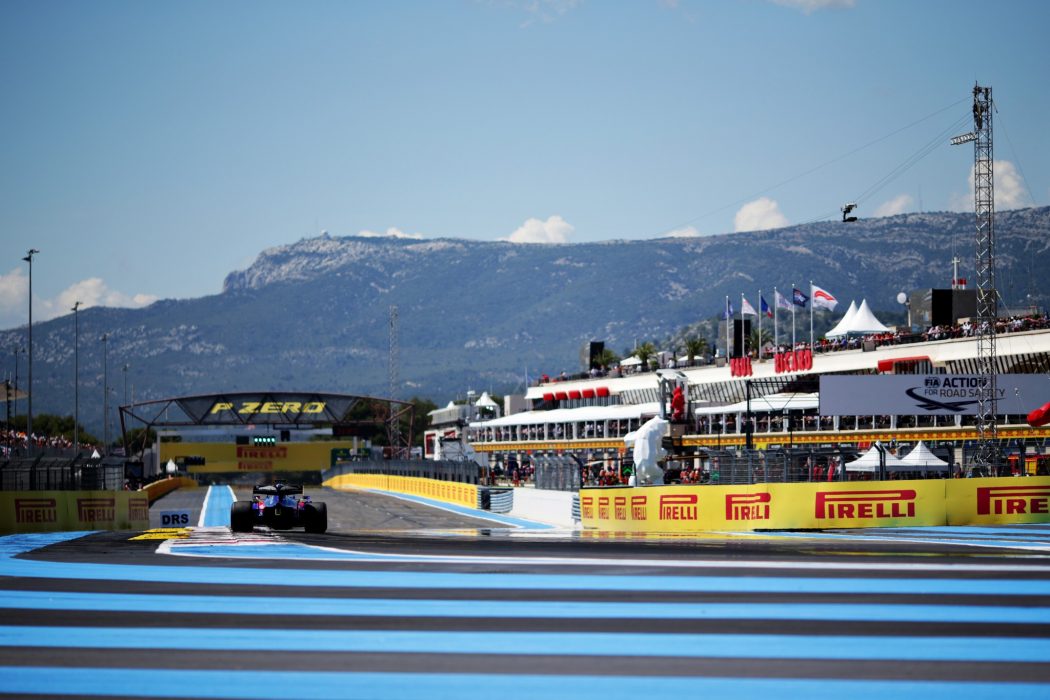 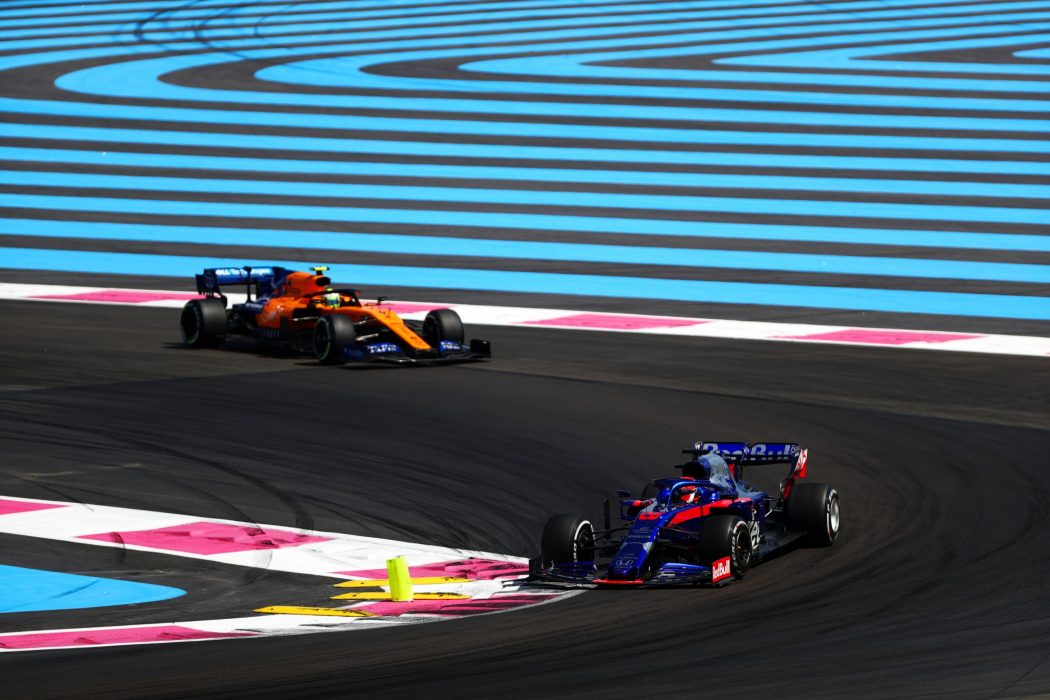 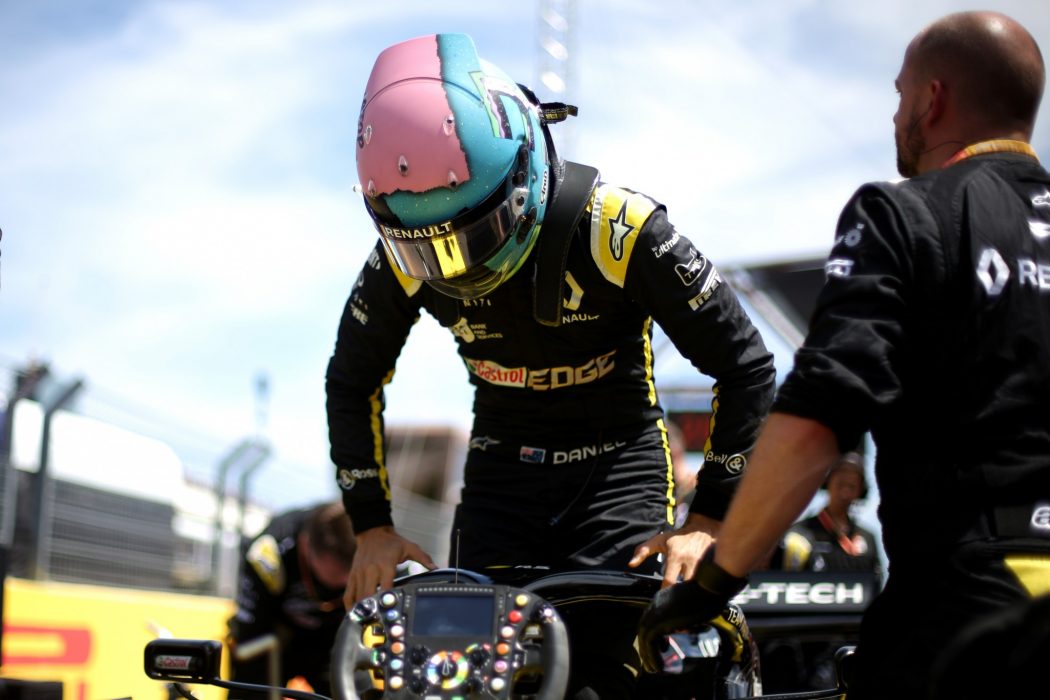 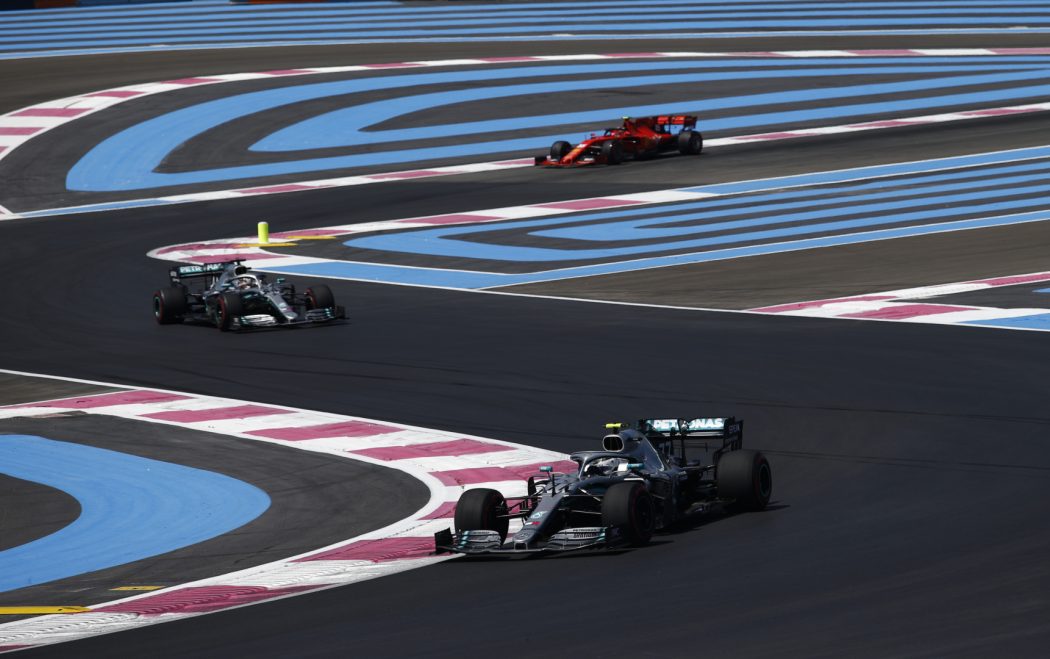 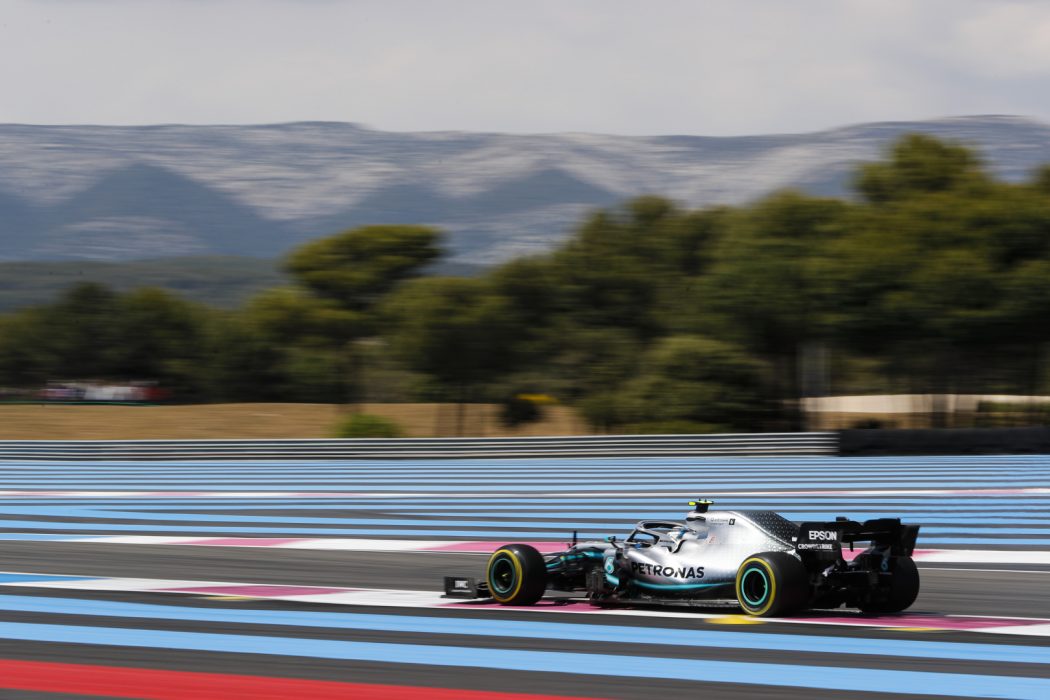 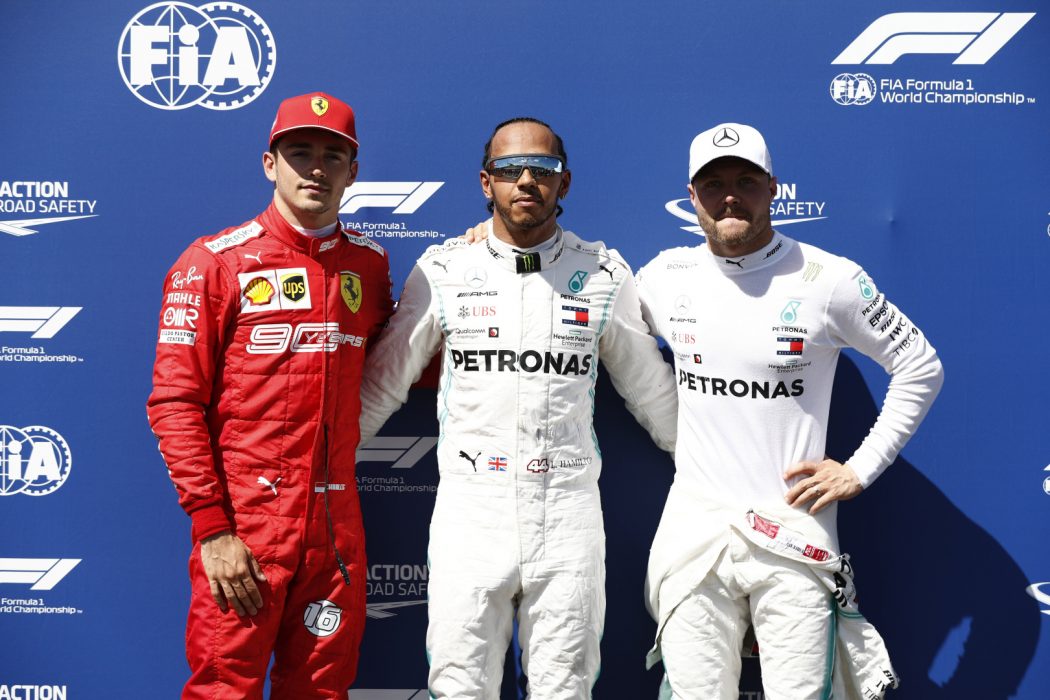 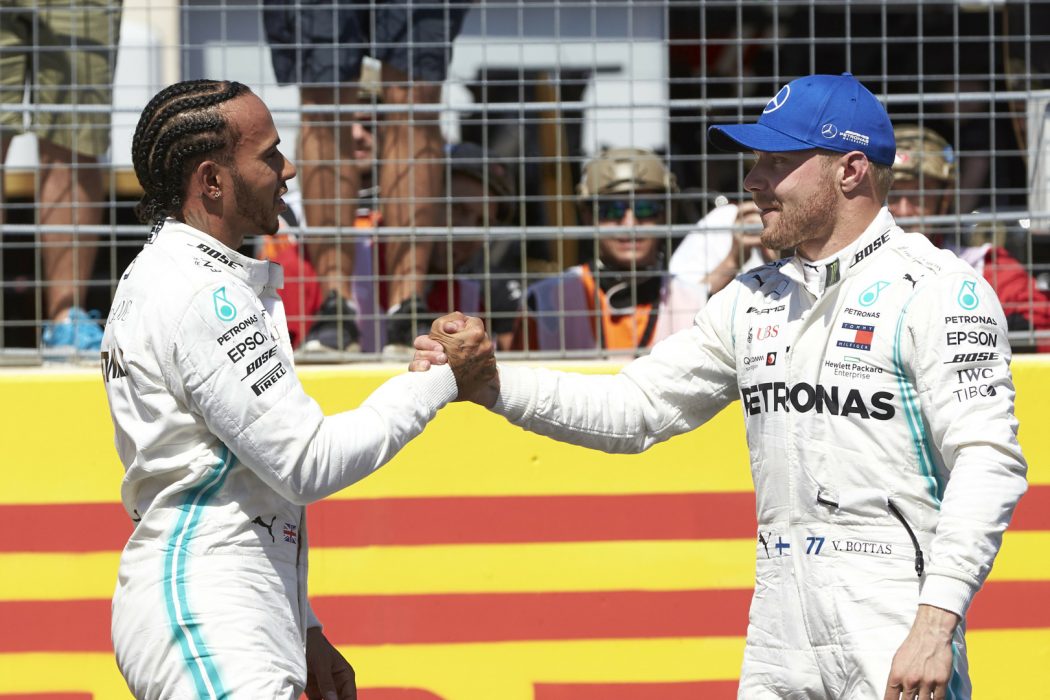 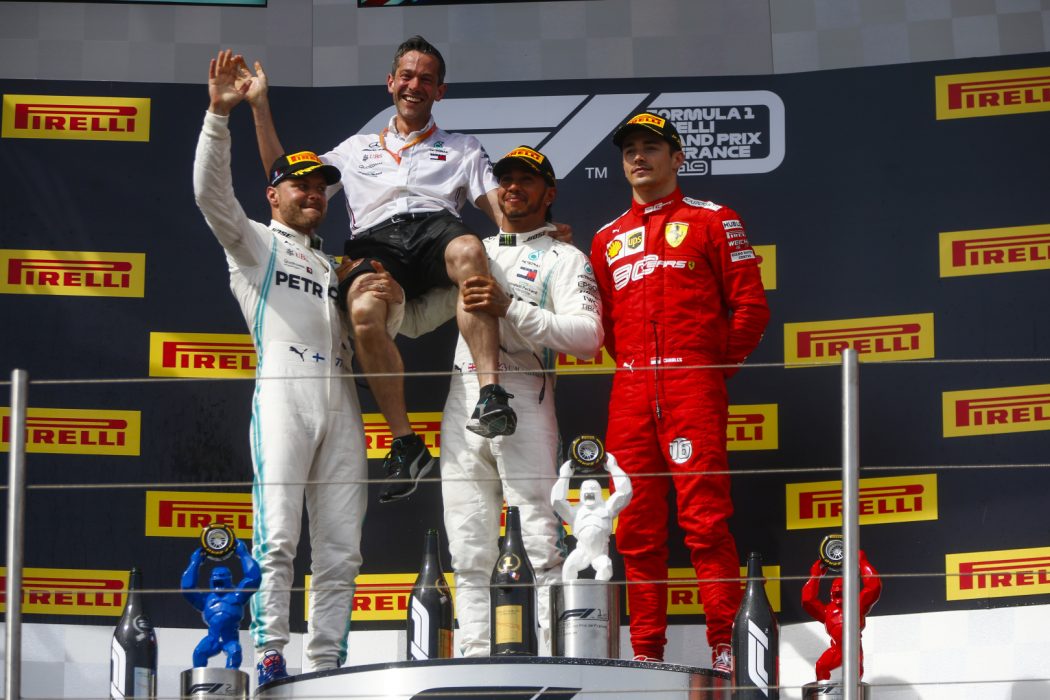 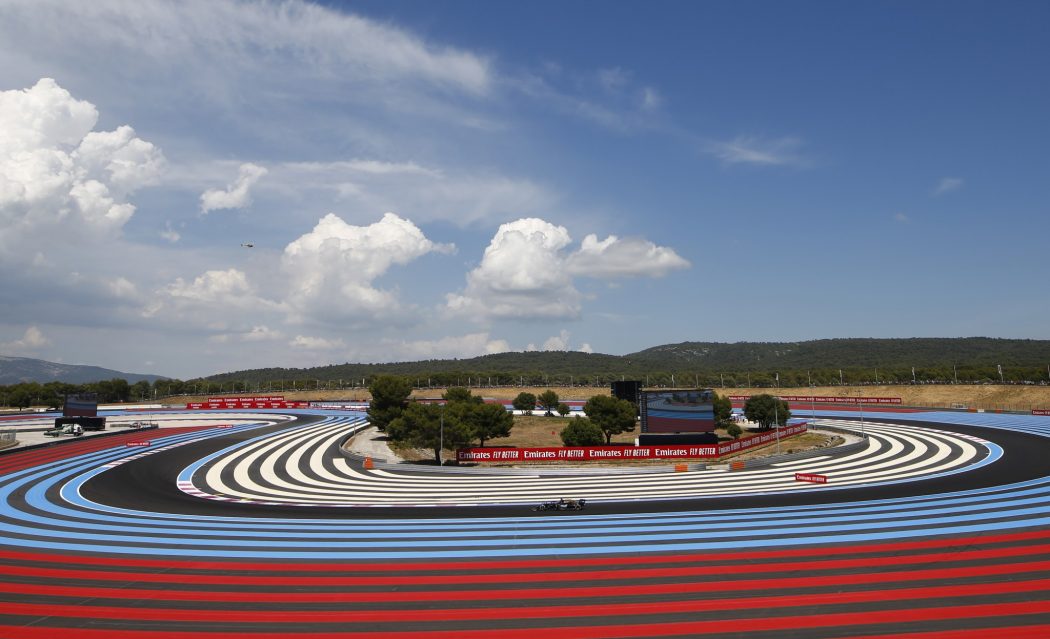 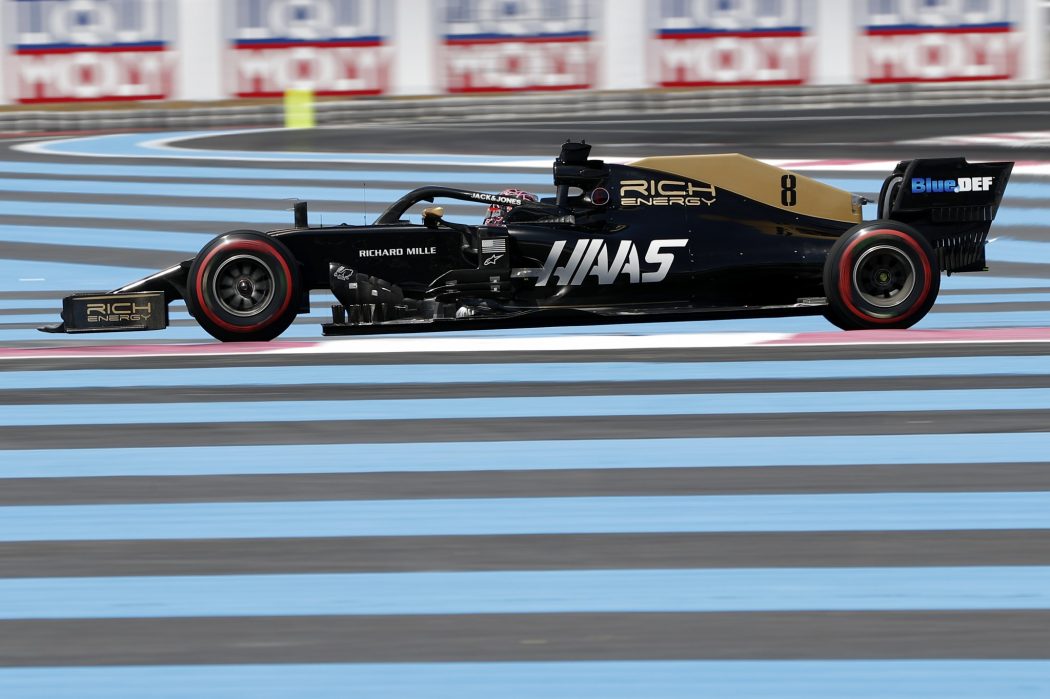 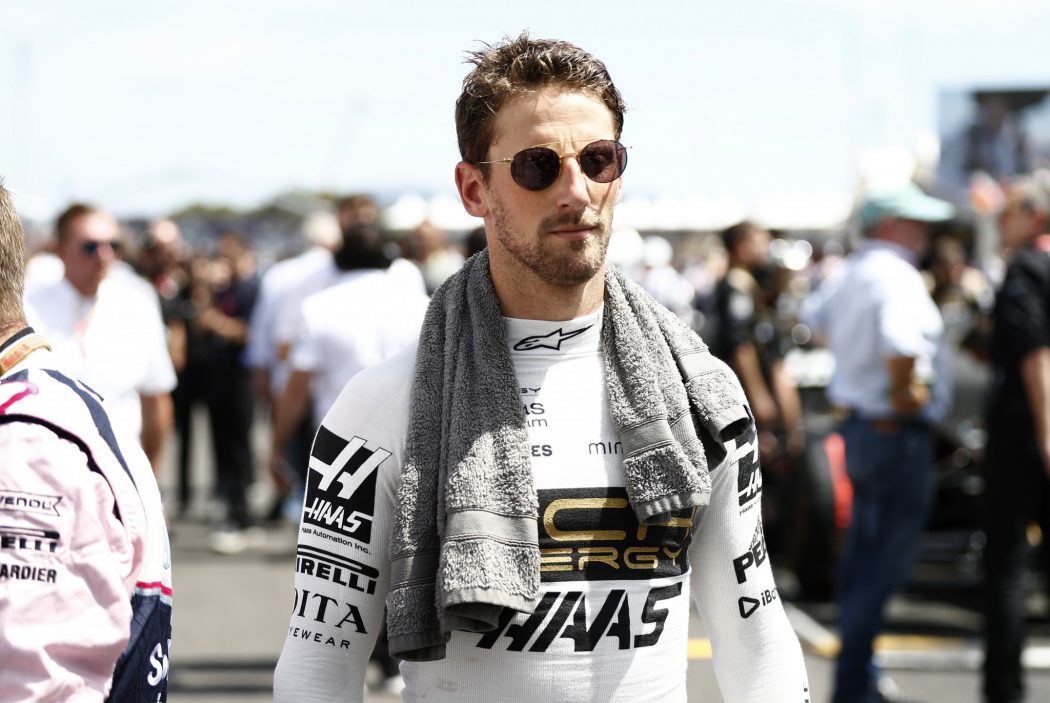 Lewis Hamilton’s immense run of form continued on Sunday as the reigning world champion took a commanding lights-to-flag victory in the French Grand Prix 2019, his sixth triumph in eight races this season.

The Mercedes driver built a rhythm through the weekend, culminating in a brilliant pole position on Saturday, which he converted with ease on Sunday afternoon at a scorching Circuit Paul Ricard, crossing the line 18 seconds clear of teammate Valtteri Bottas. With his 200th career points finish, Hamilton extends his lead over the Finn to 36 points.

It was Mercedes’ eighth successive victory of 2019 and their sixth one-two, maintaining their unbeaten record.

Charles Leclerc completed the podium after a lonely race to third – though he did give Bottas a fright in the final two laps after benefitting from a late Virtual Safety Car to put the Mercedes driver under pressure.

Leclerc’s Ferrari teammate Sebastian Vettel could only recover two positions from a poor qualifying session to cross the line fifth, but he did secure the fastest lap and the bonus point that comes with it on his final lap, having boxed the previous lap for softs.

Max Verstappen finished where he started in fourth, while Carlos Sainz finished an impressive sixth. His McLaren teammate Lando Norris was set for seventh, but late hydraulics issues meant he slipped into the clutches of Daniel Ricciardo, who forced his way through on the last lap. Norris had to go off track and dropped behind Kimi Raikkonen and Nico Hulkenberg, limping across the line 10th.

However, the final sequence of points-paying positions is subject to change as the stewards confirmed they would investigate the incident between Ricciardo and Norris.