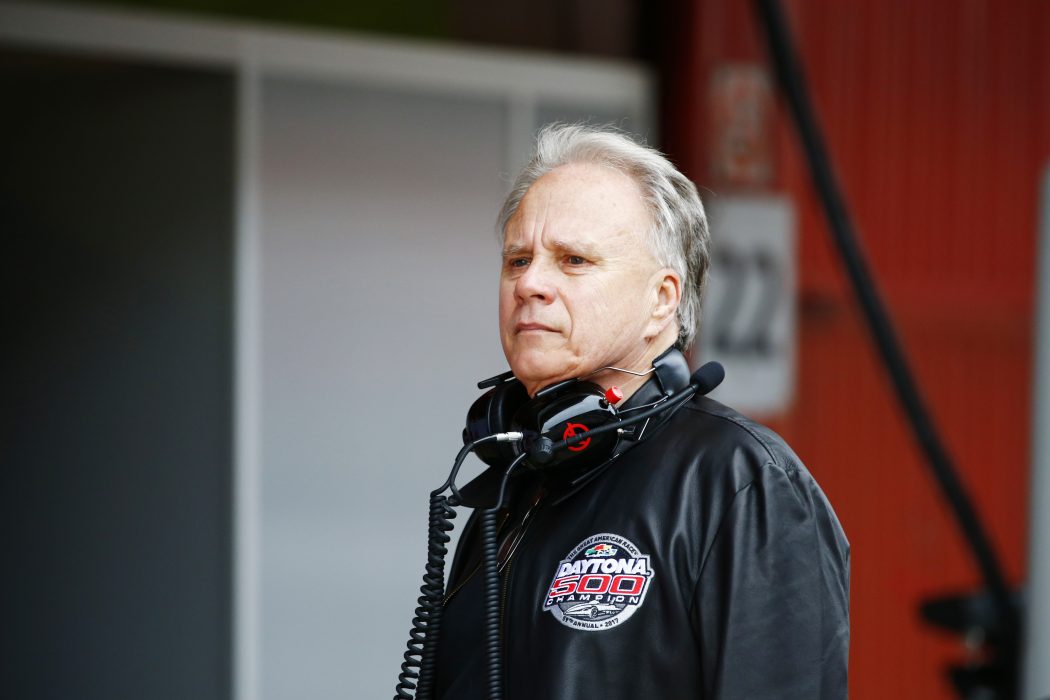 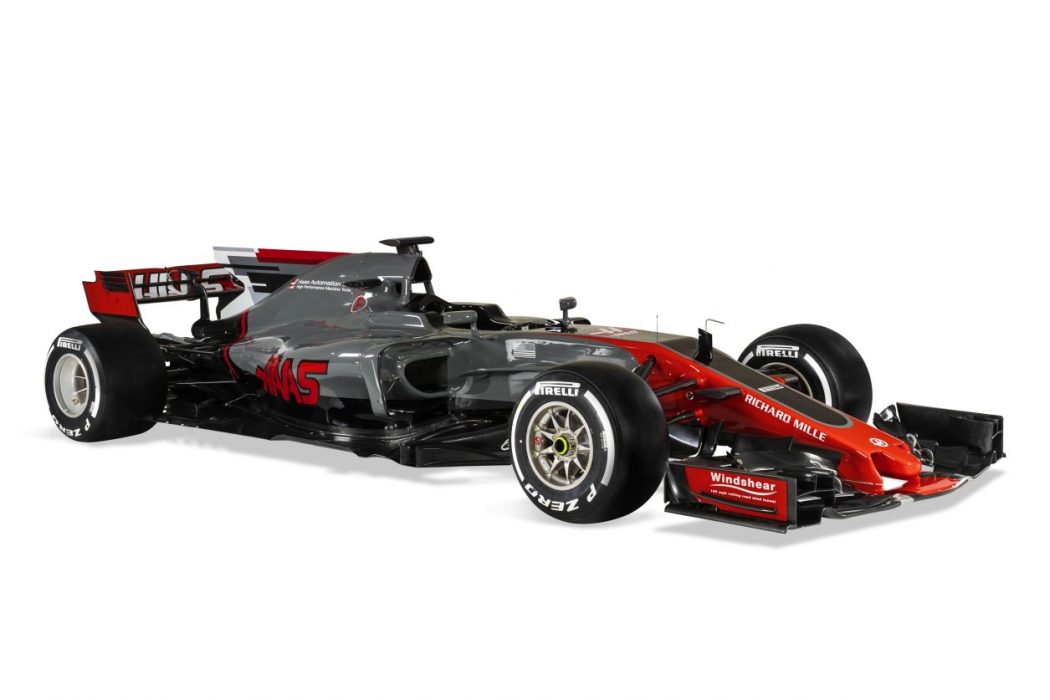 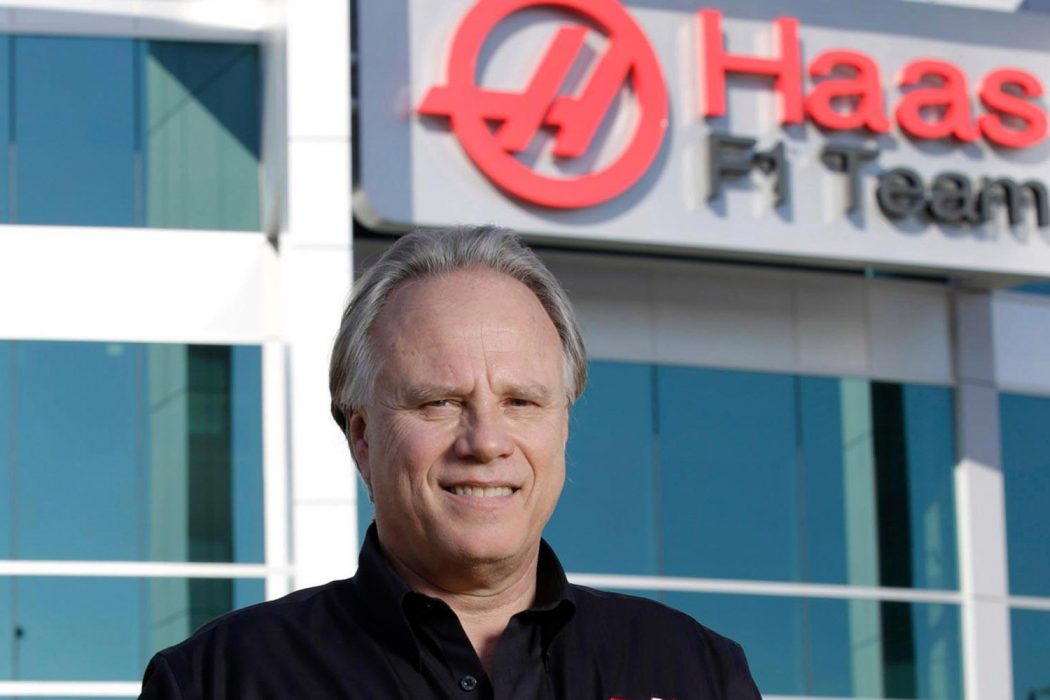 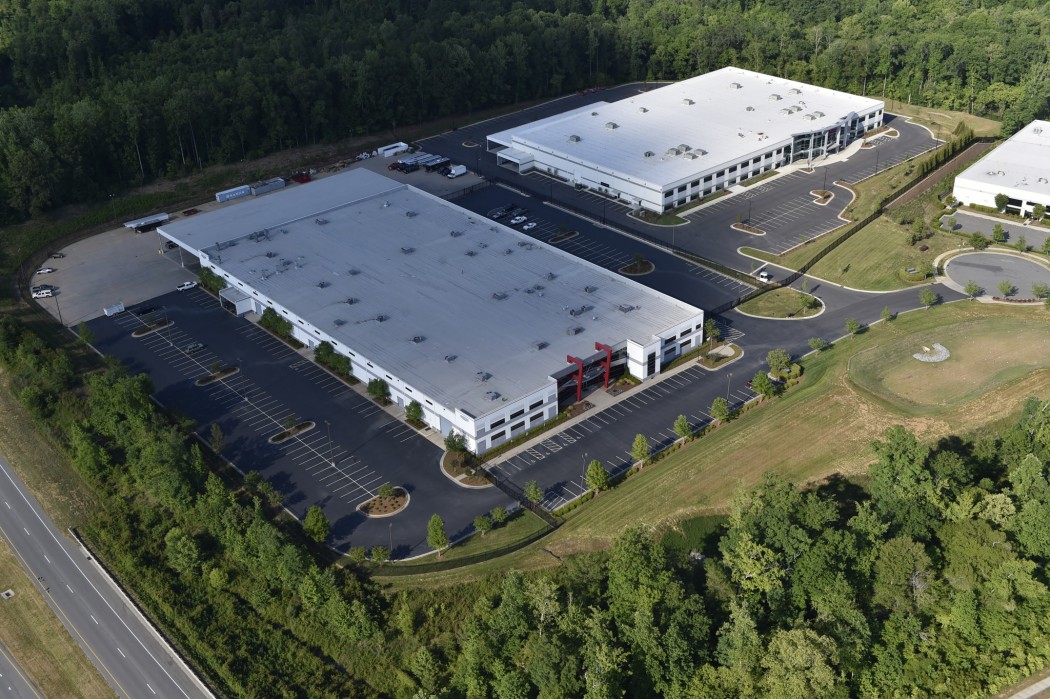 Team location in the USA, photo by Harold Hinson 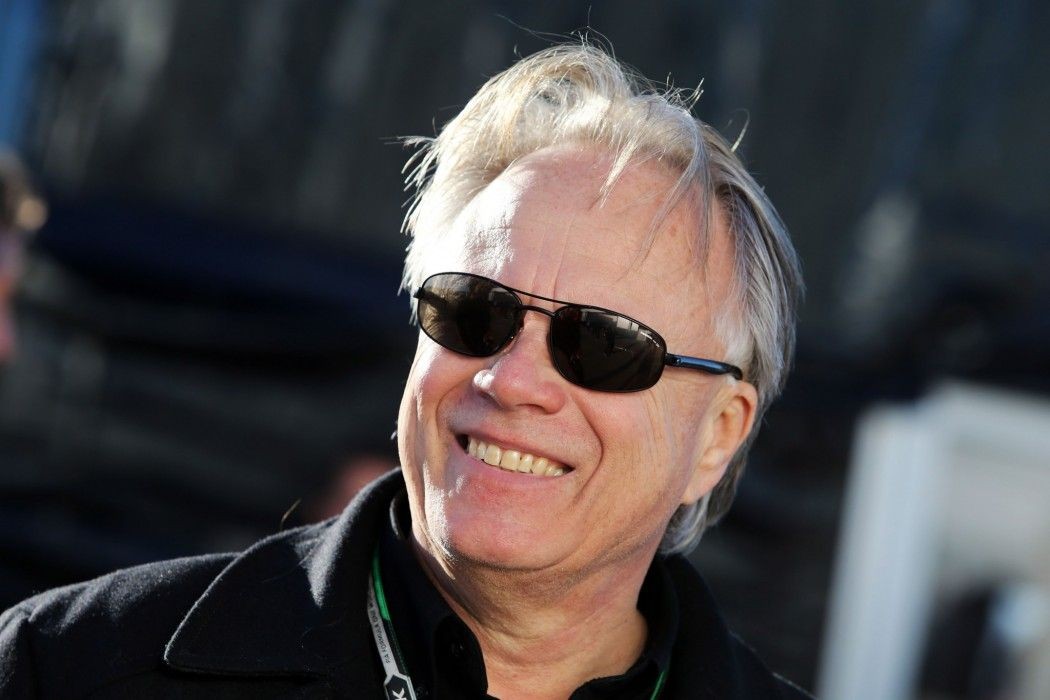 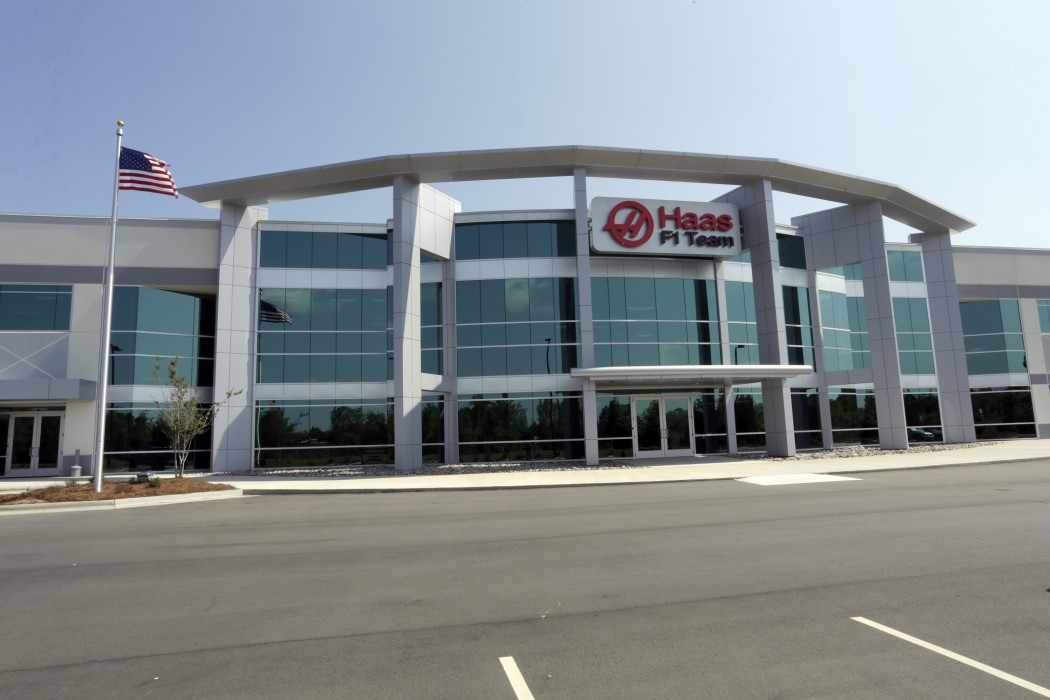 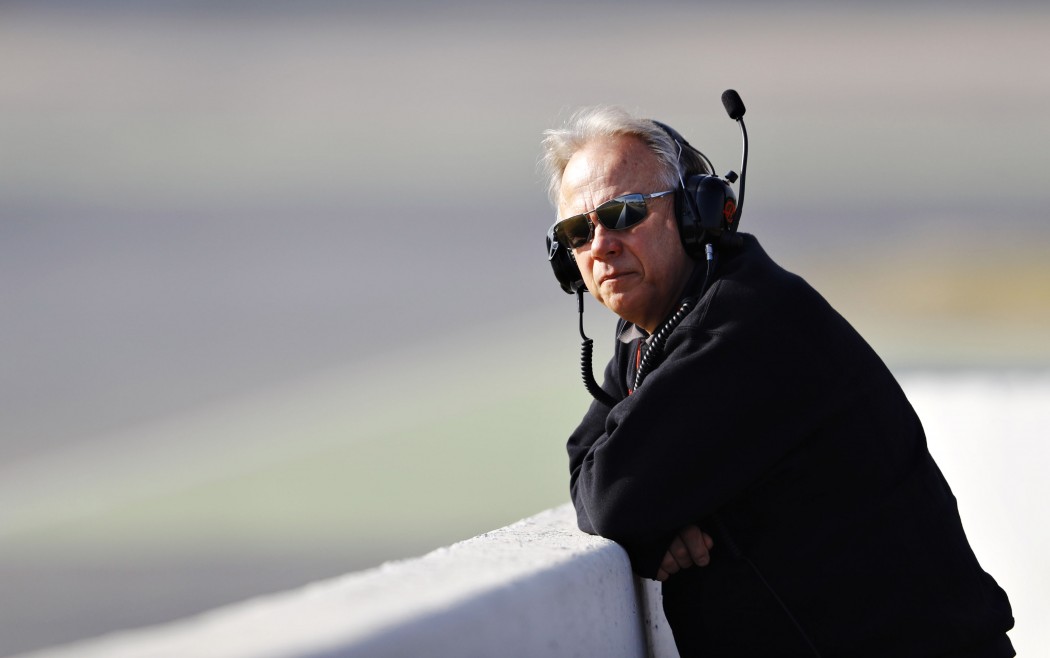 Having a chat with Gene Haas is quite a rare occasion for us, yet it’s always a great pleasure. We’ve caught up with the owner of Haas Automation and Haas Formula 1 Team in Barcelona to hear his thoughts on some of the current issues in the sport.

Gene, what role does Formula 1 play in your life at the moment?

Formula 1 is obviously a very high-tech business that incorporates advanced materials, advanced manufacturing and advanced machining. Those are all the things that we need to be aware of going forward in the machine tool business and it’s what we’re focused on.

So this is your second year in Formula 1. Have any of the methodologies that you’ve seen employed in Formula 1 been applied to what you’re doing at Haas Automation in Oxnard, California?

I think it kind of opens my eyes to how advanced some of the European manufacturing is, especially in areas of 3D, five-axis work. They have a lot of technologies that, to be honest with you, I wasn’t aware of how large they’d become. Especially in advanced technologies like aircraft, space systems and medical. I actually think Formula 1’s even more advanced in terms of technology than them, but it’s good to be in something that’s at the forefront of technology so you can look at it.

After the first season in 2016, were there any strategic changes that you made in the way the team would operate in 2017?

I think one thing we’ve learned is that it seems like the competition in 2017 is tenser than in 2016. From a strategic standpoint, I think we’ve been trying as hard as we can to come up with a better car and better results. We’ve scored eight points, but that’s not as many points as we had last year at this time.

Have you noticed changes in terms of Formula 1’s popularity in America and amongst our fans, be it NASCAR fans or racing fans in general, since you’ve gotten into Formula 1?

I certainly think there’s more awareness of Formula 1, especially since Liberty Media took it over. You have this new leadership with a lot of ideas. They’re putting them out there, they’re talking about new races, new ways of getting the fans more involved and new media outlets. So there’s a lot of talk about it, and it seems like you hear more about it.

Formula 1 is slowly gaining a bigger foothold in America, thanks to you as an American team. Are there other things that the sport can do to make the sport a little more mainstream in the United States?

I think the biggest thing they could do is to add another race. They’ve talked about that and I think it sounds like a certainty there’ll be a race somewhere, whether it’s Las Vegas, Los Angeles or New York. So I think that would certainly increase the popularity of it as would increasing the media output. We all know people don’t watch TV as much as they used to. There has to be some new ways of getting to the customer, and Liberty Media has put forth a number of ways that they intend to increase viewership through other outlets.

There’s a lot of talk about Formula 1, and it seems like you hear more about it now.

You touched on adding races. Are you happy with the current Formula 1 schedule or would you like to see things added or changed?

I think the biggest problem is that the calendar is often decided by sporting events other than Formula 1. It seems to hopscotch all over the world, which is very difficult for teams. It would be nicer if races were clumped together so that it was more efficient for teams to go to the races. Maybe some of the races that are far away, you have them a week apart so you don’t necessarily have to come back to your home or your place, to just then go to another place. That’s probably just the biggest thing. It’s really hard on the teams to fly halfway around the world to get to some of these races, then there’s another one in another place. It just requires a lot of travel.

Where do you think the sport will be in five or more years in terms of technology?

I’ve seen the insides of these cars and they’re really technological marvels. They’re really farther ahead than people realise. The amount of work that goes into them, I mean, if you had to compare them, they’re kind of like a racing Swiss watch in terms of the complexity. But even beyond that, there are these beautifully machined mechanical components that take huge amounts of horsepower and there are all kinds of sophisticated electronics, sensors and systems analysts.

Five years from now, with the rate they’re going, it’ll probably just keep progressing that way. It just seems like it gets more and more complicated every year, especially from the aero. Unfortunately, that complexity is also very expensive, so I think it gets to some point where someone says can you really afford all this technology going into these cars? I would hope that the technology continues but, at the same time, it does seem like it’s somewhat extravagant in terms of how much you pay to put these cars together.

Is there a figure in sports, or a former or current team owner, who you’ve looked up to in terms of how you want to run Haas F1 Team?

I think every owner I’ve known that’s owned a racing team is totally different. Rick Hendrick – he’s the ultimate salesman. He sells cars, that’s how he runs his operation. You get the Roger Penske racer person. He just loves racing. It’s part of his business as it is part of mine – I’m on the manufacturing side of it. We’re all unique and I don’t think we can really emulate each other. We just do it because this is something that we enjoy doing. It’s competitive and it gives you a reason to keep competing and coming up with ideas. I’m sure there are lots of people you can emulate, but we’re just all so different.