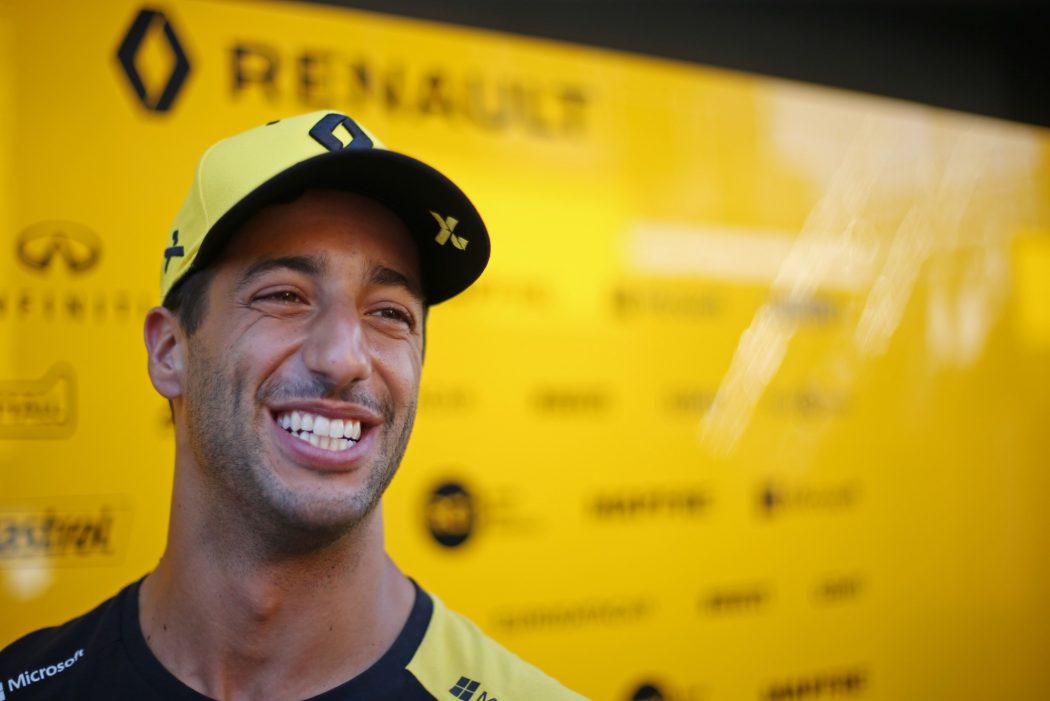 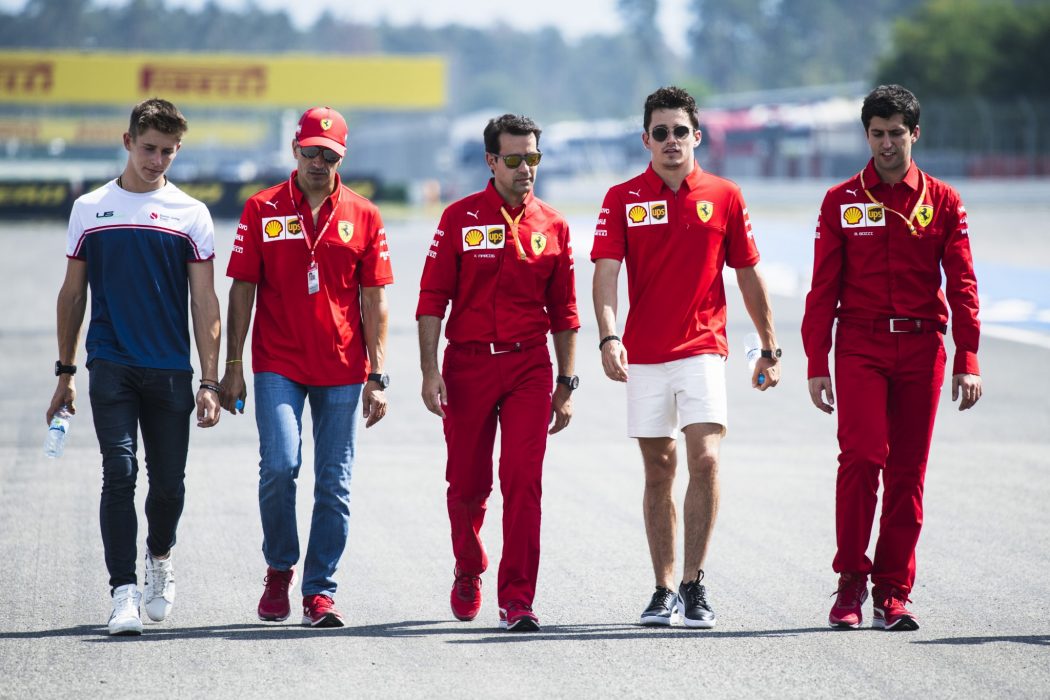 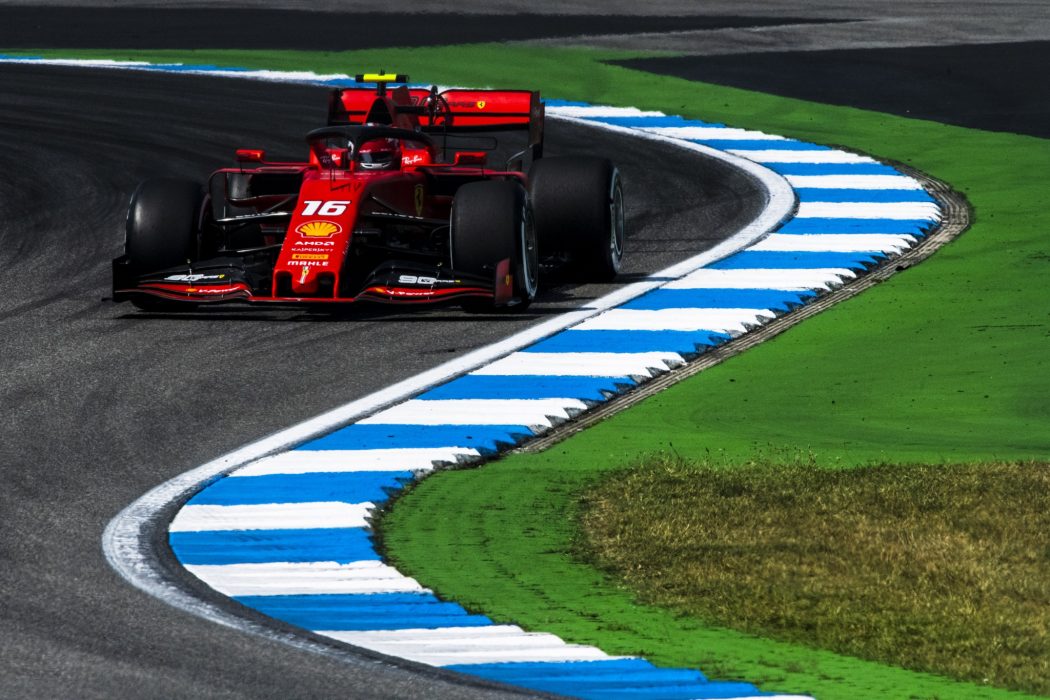 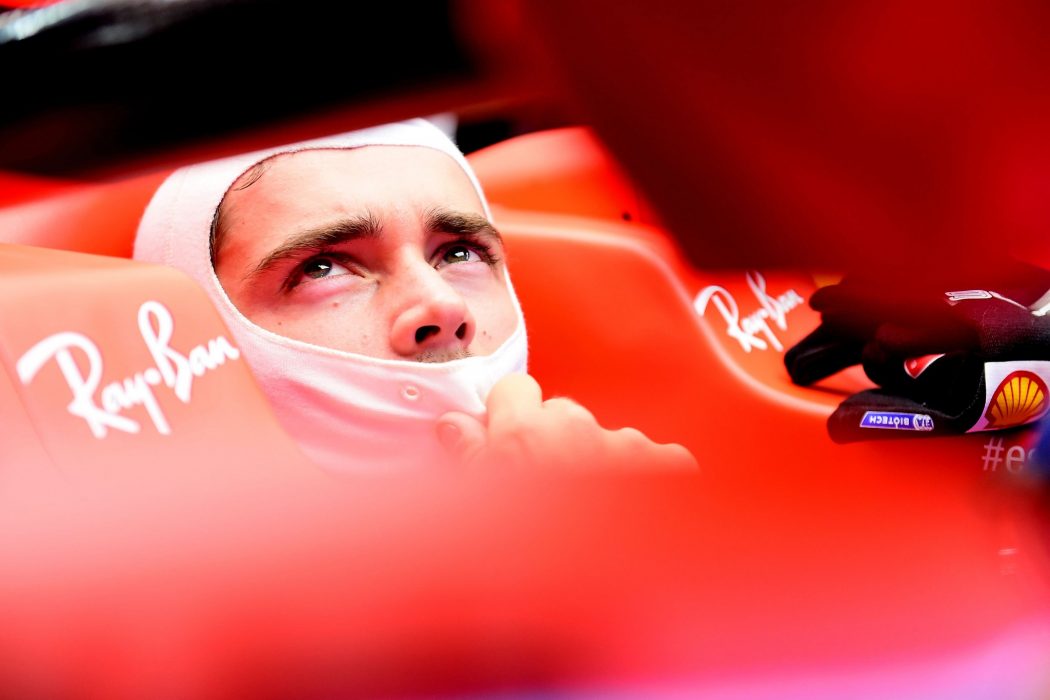 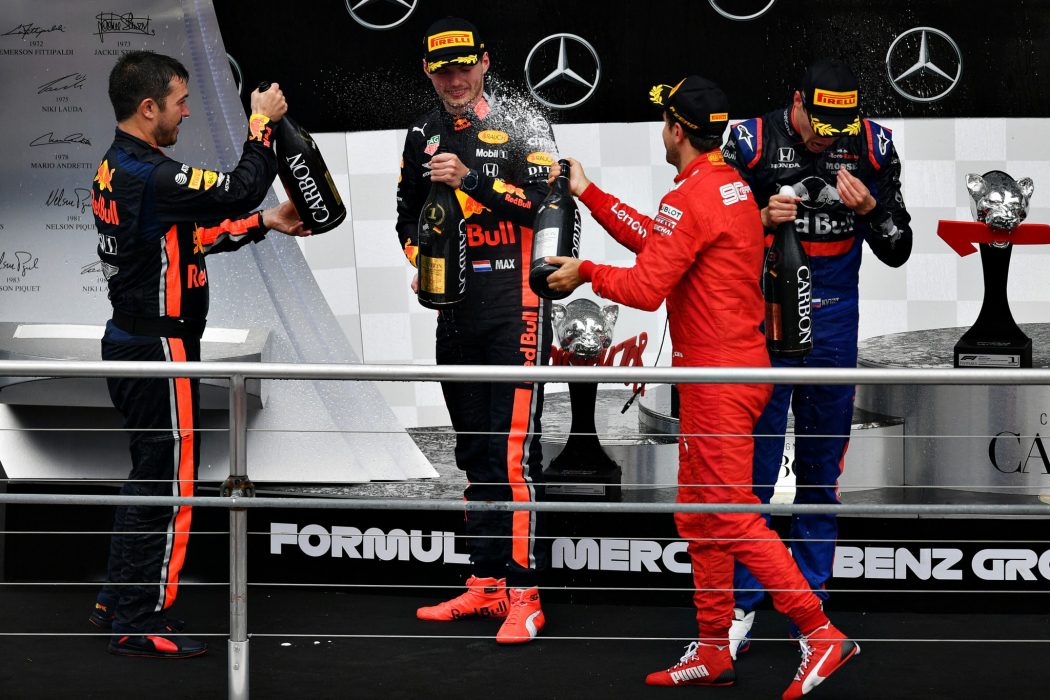 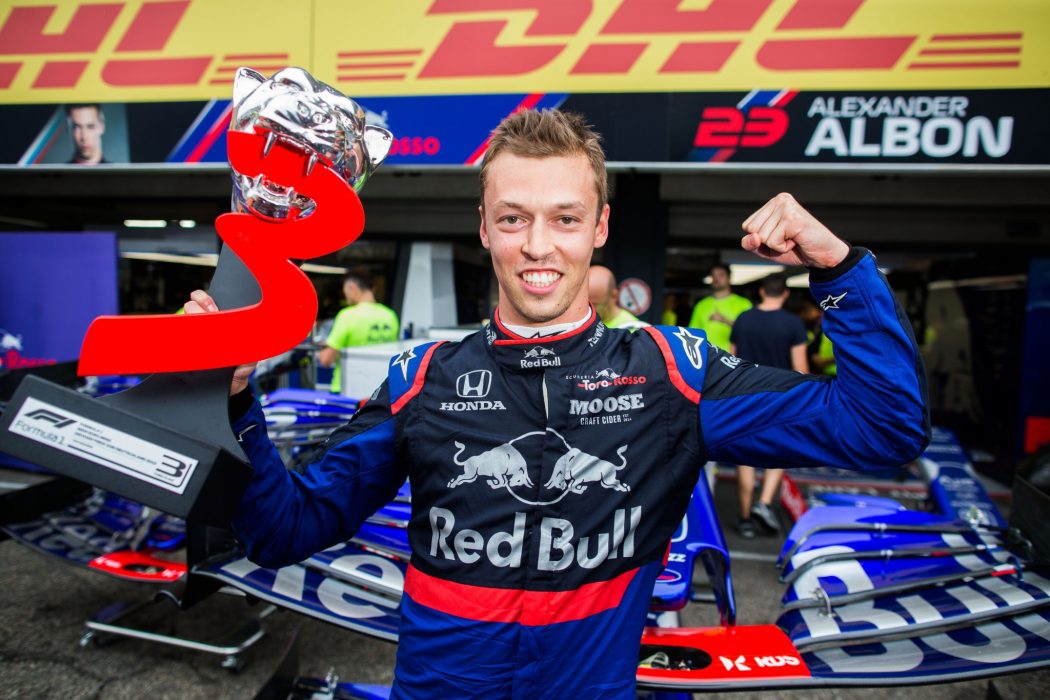 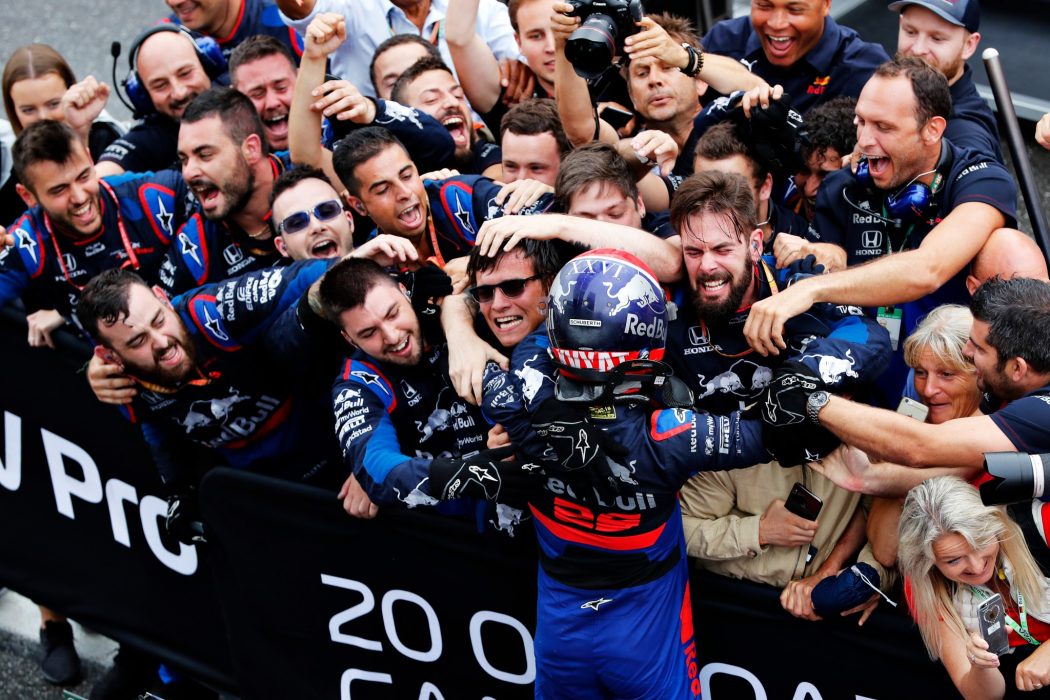 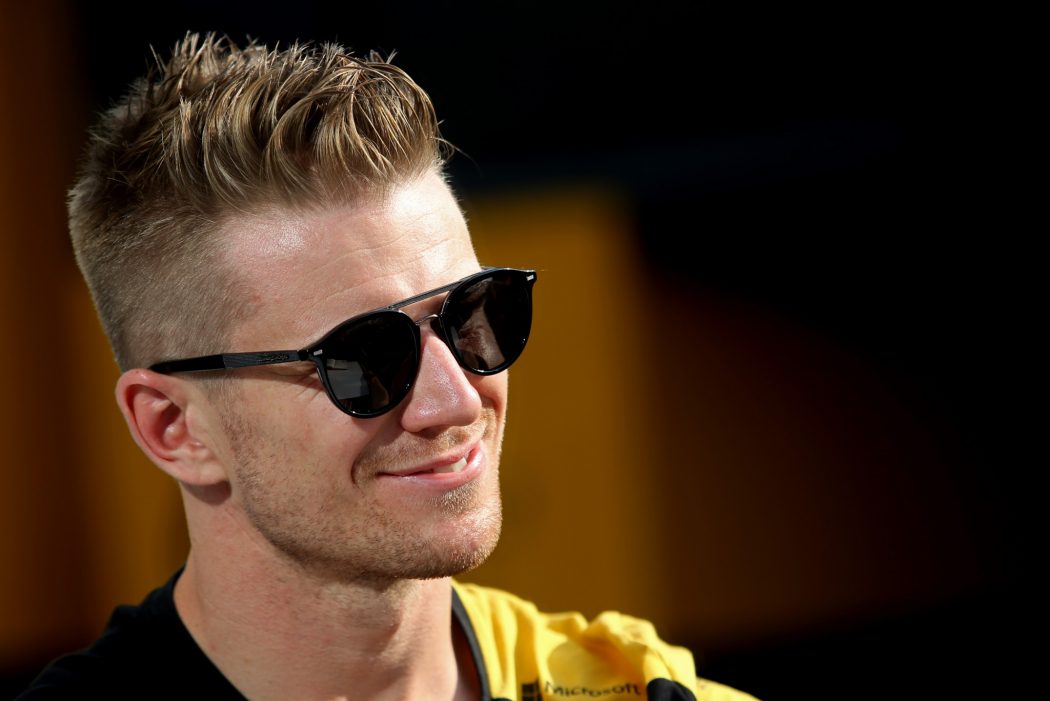 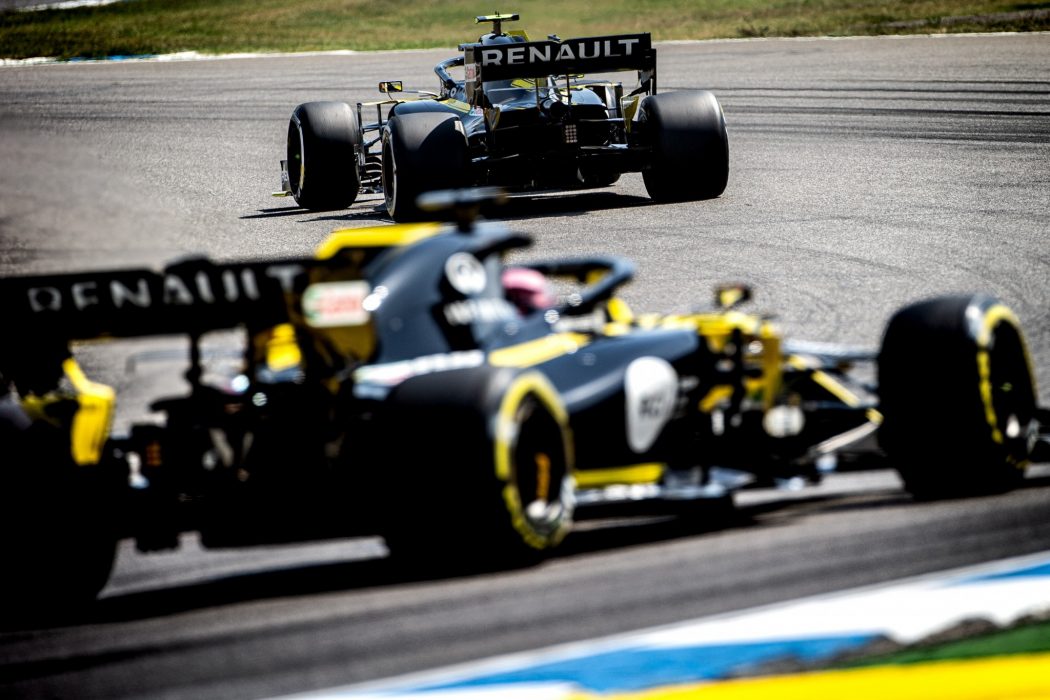 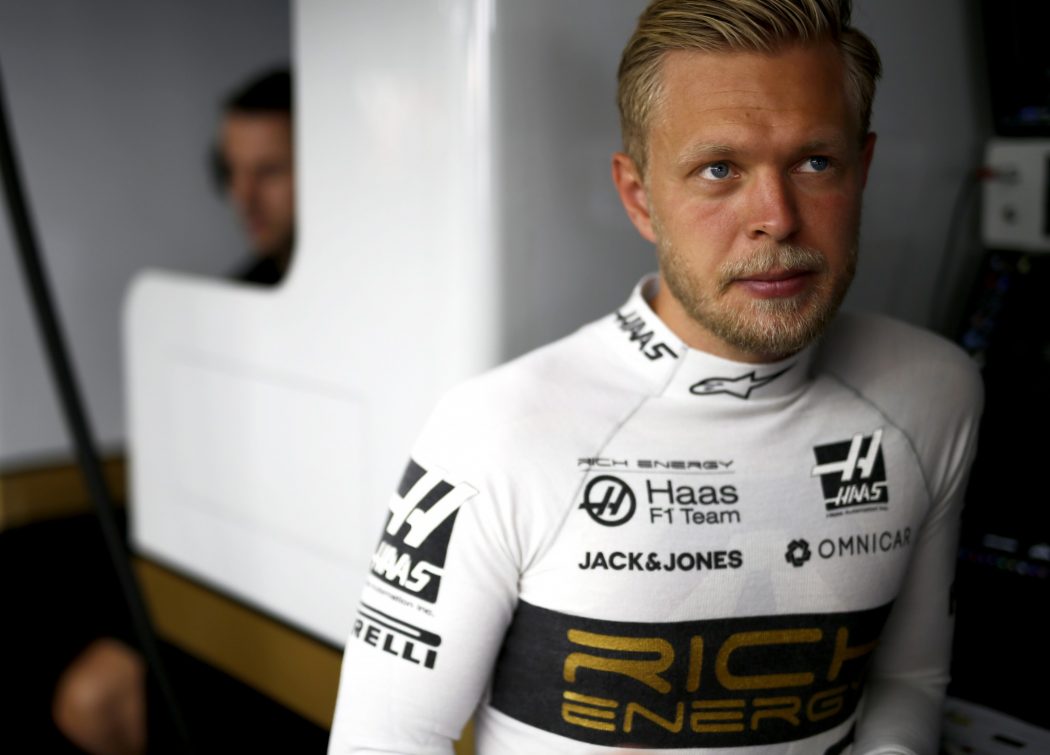 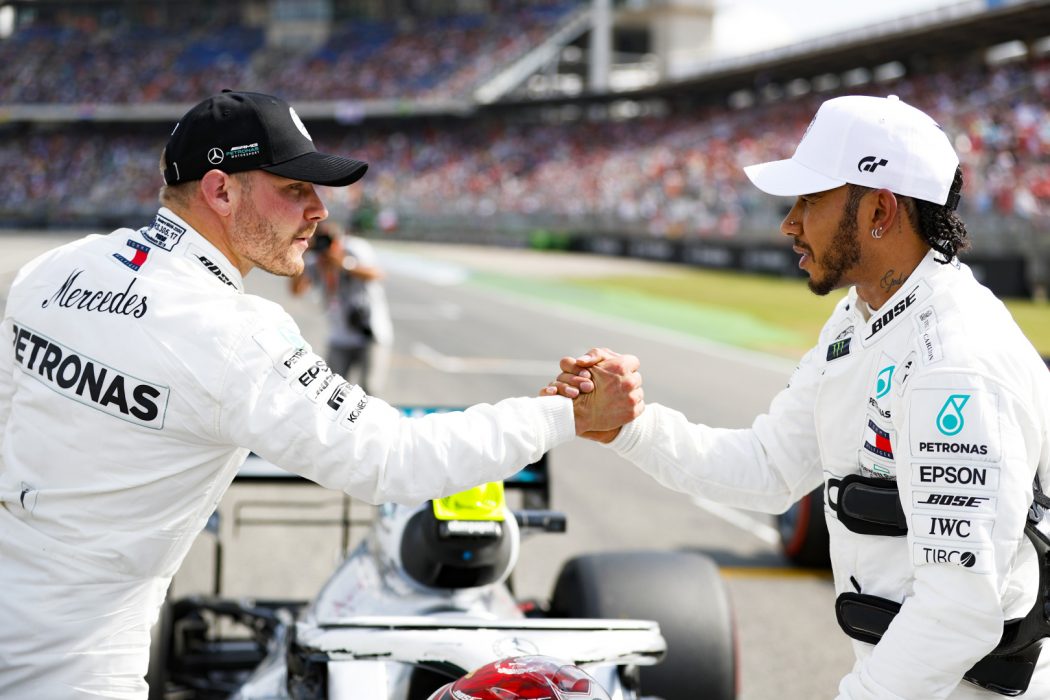 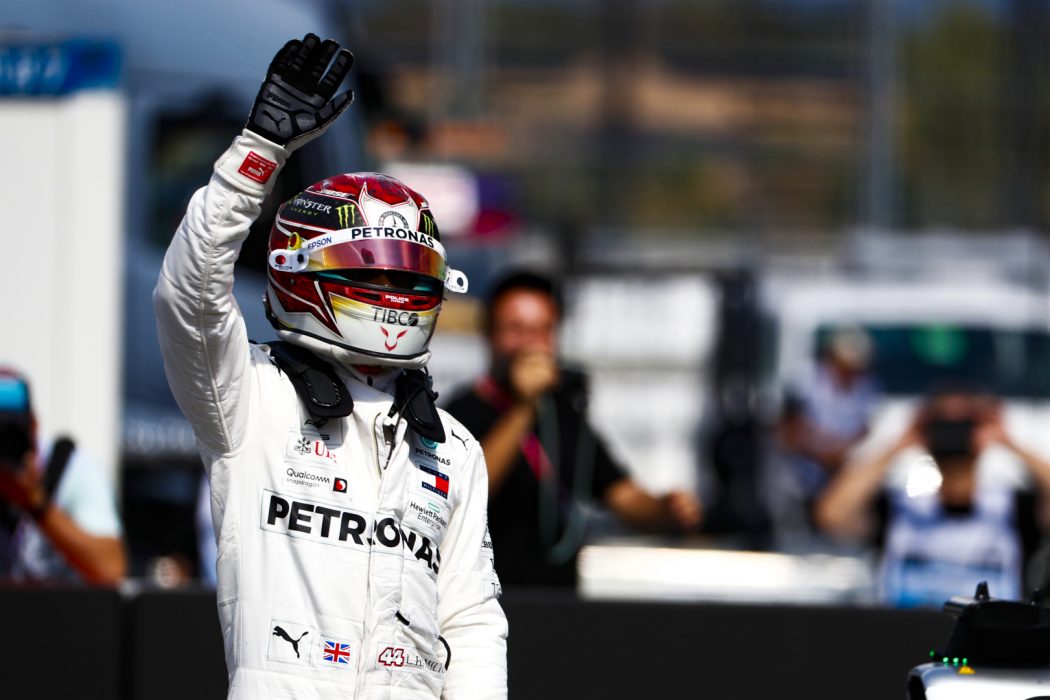 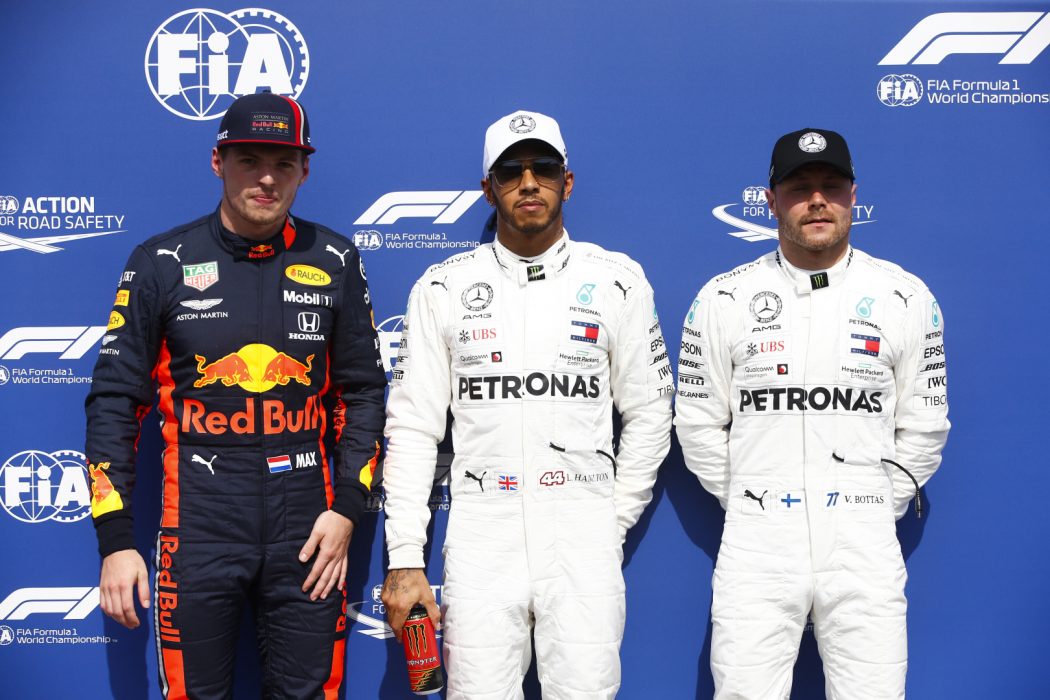 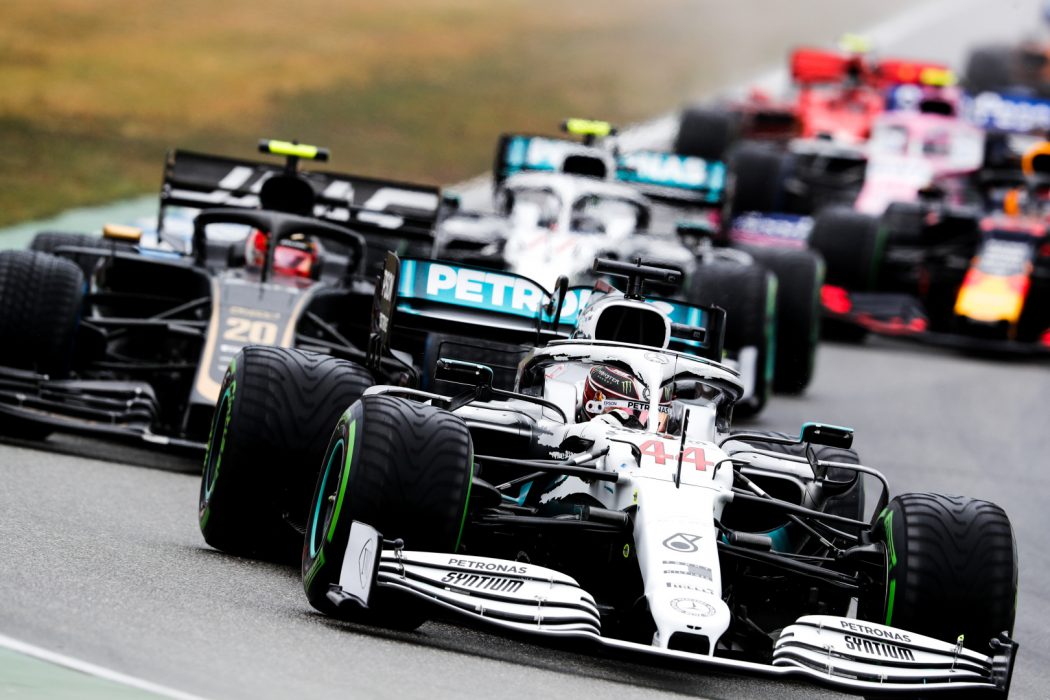 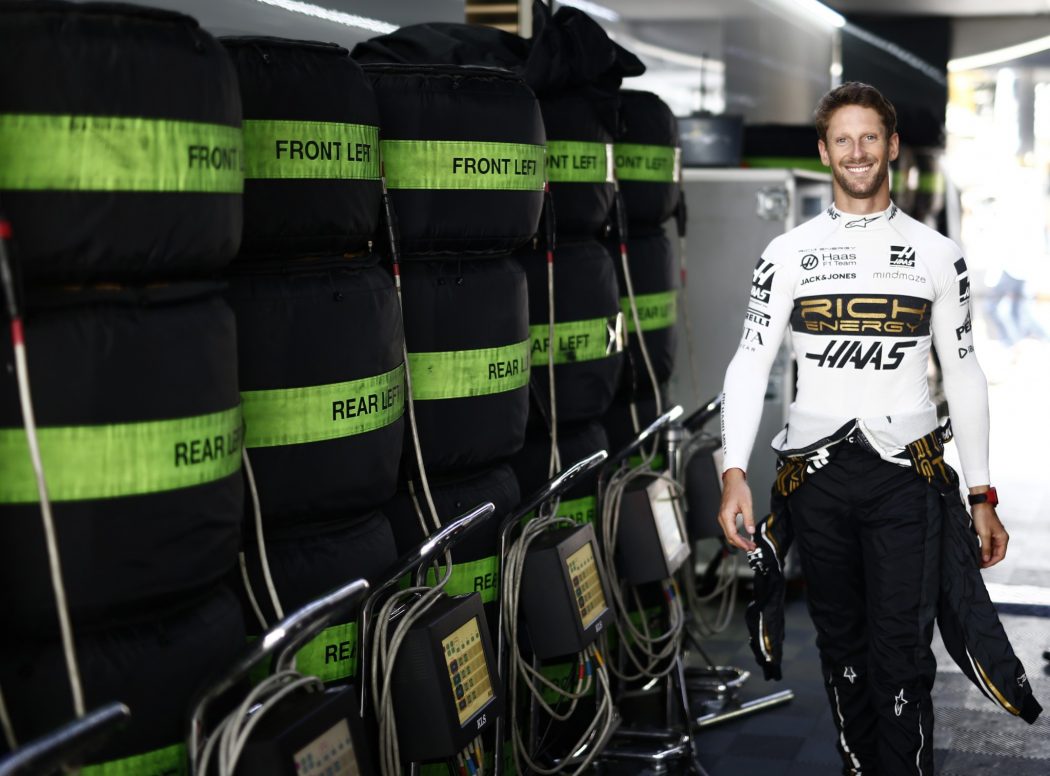 Hockenheim delivered an absolutely superb race in 2018 – but it was nothing compared to the absolute humdinger the German Grand Prix 2019 produced this weekend. And it was the large contingent of travelling Dutch fans that left the happiest as Max Verstappen mastered the rainy conditions to clinch victory on a day when many of the other big guns quite literally hit trouble…

But Verstappen’s victory was just one storyline in what will be remembered as an all-time classic German Grand Prix 2019. Behind the Red Bull driver, Sebastian Vettel completed a sensational comeback from 20th on the grid to second, while Daniil Kvyat was a surprise third as Toro Rosso scored just their second-ever podium. Runaway championship leaders Mercedes, meanwhile, suffered a nightmare in their 200th race, with Bottas crashing out and polesitter Lewis Hamilton having multiple offs on his way to P11.

And to think, Red Bull Team Principal Christian Horner had his head in his hands at the start as both Verstappen and teammate Pierre Gasly got handfuls of wheelspin to drop way down the pack. But that was just the first of a series of twists and turns as the rain came, then eased, and then returned before the track finally started to dry out in the closing stages.

Starting second, Verstappen and Red Bull mastered the strategy, taking a gamble to switch to mediums first, then realising their mistake and diving back into the pits. The Dutchman pitted five times in total but made the right calls to emerge at the head of the field at the right time.

Vettel crossed the line second, the German making up seven places in the last 15 laps to cap a marvellous comeback after starting dead last, having not set a time in qualifying. And he would be joined on the podium by a tearful Daniil Kvyat, the Russian securing a shock podium for Toro Rosso after the Italian team pitted him for fresh boots at the perfect time.

Lance Stroll briefly led the race in the final stint after Racing Point rolled the dice and put him on dry tyres. The move proved inspiring, and while he battled bravely, he eventually succumbed to Kvyat and Vettel to take fourth, ahead of McLaren’s Carlos Sainz, who at one stage was as low as 14th.

Alexander Albon survived contact with Pierre Gasly on the final lap to take sixth in the other Toro Rosso, ahead of the Alfa Romeo duo of Kimi Raikkonen and Antonio Giovinazzi, with Haas drivers Romain Grosjean and Kevin Magnussen banging wheels but escaping unscathed to complete the top 10.

What of championship leader Lewis Hamilton? He pitted six times and led the race for large chunks, but a spin at the penultimate corner spat him into the barriers, breaking his front wing. Ferrari’s Charles Leclerc’s race ended there, too, just when he had hauled himself into victory contention from P10 on the grid, while Mercedes’ Valtteri Bottas and Renault’s Nico Hulkenberg were also casualties when running in P3 and P4, respectively.