Gordon Murray and the team have worked hard on the T.50s body design to achieve their aerodynamic performance targets, whilst retaining the T.50’s balanced and classic proportions.

The dramatic aerodynamic features of the T.50s Niki Lauda instantly give away its performance potential. A striking central fin designed to enhance stability features a Niki Lauda logo.  At the rear, the distinctive 400mm fan from the T.50 is retained, accompanied by an even larger rear diffuser and a new delta wing. The rear grille features a T.50s badge and ‘Fan Car’ script.

The aerodynamic elements continue at the front of the car. Barge boards are sculpted to improve airflow to the side ducts, which house the oil cooling systems for the engine and transmission. A splitter and dive planes are also prominent and further reflect the car’s aero-influenced design. At the same time, the purity of the T.50 is not lost, creating a purposeful yet elegant look.

Owners will be able to individualise their T.50s Niki Lauda through their choice of colours and liveries so that no two cars will be alike. 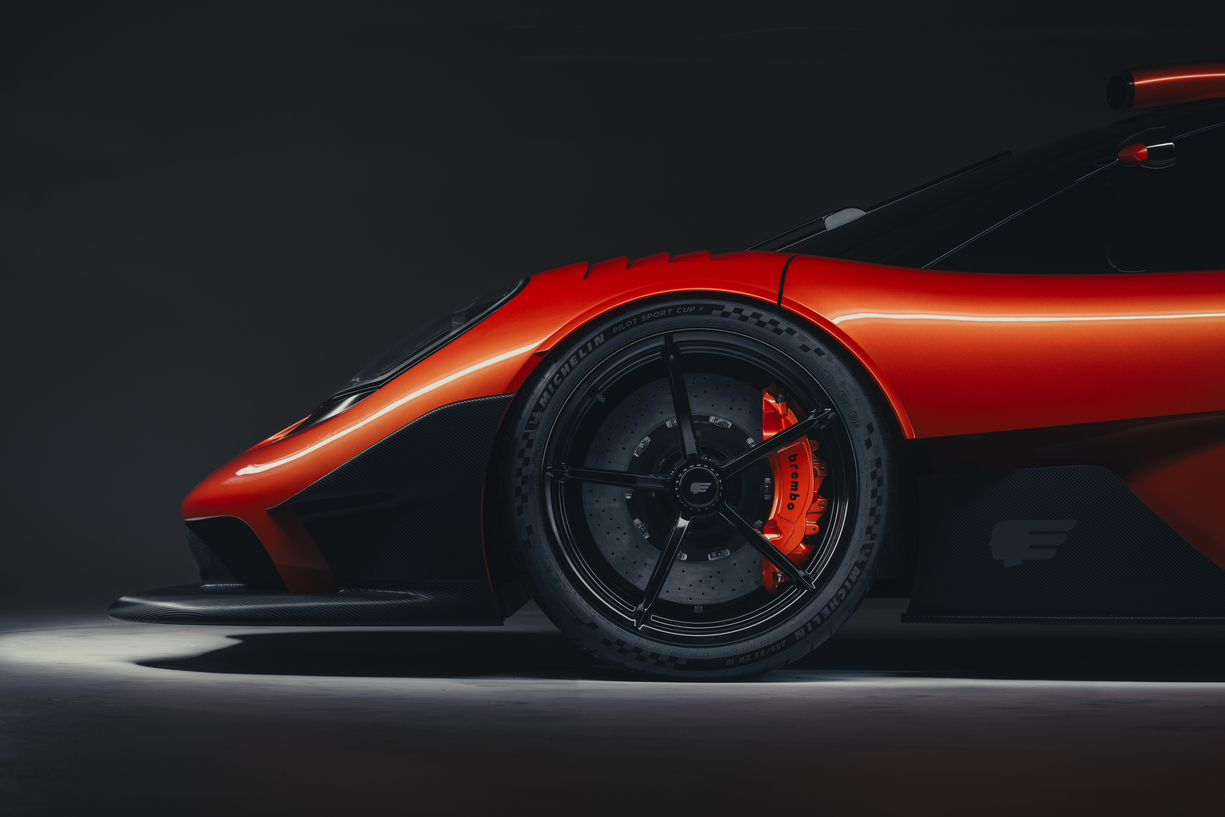 Professor Gordon Murray CBE: “The styling of the T.50s is completely aero driven, but still attractive. There’s not one body panel carried over from the T.50, but the road car has such a strong and classic shape that it still manages to shine through.”

The Cosworth-designed 3.9-litre V12 engine is a dramatically different version of the engine that powers the T.50. It is even more powerful and faster-revving too, delivering 711PS at 11,500rpm, on its way to a 12,100rpm rev-limit. At 178hp/litre, the specific power output of the T.50s Niki Lauda’s V12 exceeds that of the all-conquering Cosworth DFV Formula One engine. The power-to-weight ratio of 835PS/tonne betters that of a naturally aspirated LMP1 car. 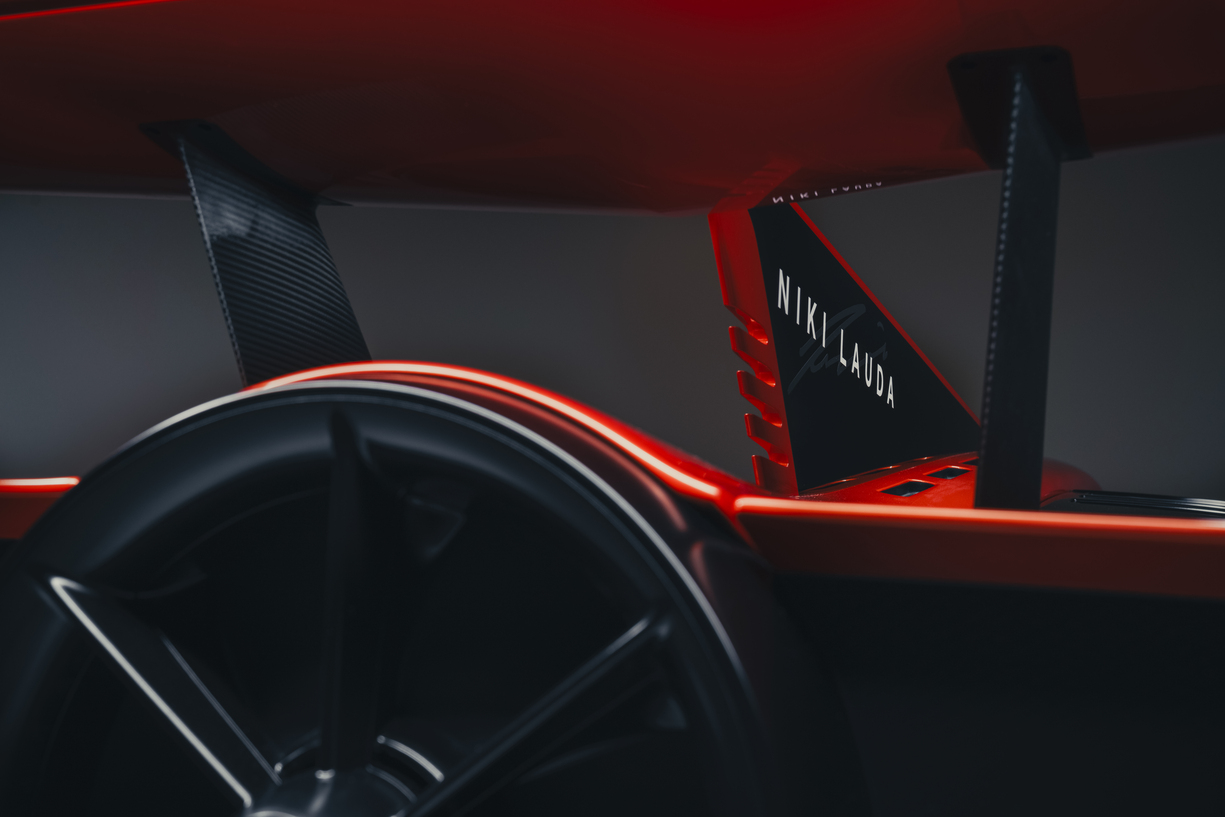 The T.50s Niki Lauda’s engine is fed by a newly-designed, roof-mounted, high-performance RAM induction airbox (which can increase maximum power to 725bhp). The maximum torque figure is 485Nm, produced at 9,000rpm. A newly-developed, bespoke, straight-through exhaust system also takes the engine sound to a new level. Right through the rev-range, it promises to be one of the greatest and most characterful sounding cars ever made.

The state-of-the-art V12 pushes the boundaries of engine design even further, with many new components. Changes include completely revised cylinder heads and camshafts, plus a higher compression ratio of 15:1.

Through meticulous attention to detail, this new iteration of the Cosworth GMA V12 weighs just 162kg, 16kg less than what was already the lightest road-going V12 engine ever. The weight-saving measures extend to the intake, exhaust and control systems, as well as the engine itself. All the valves are made from titanium, while there is no variable valve timing due to the additional weight of the geartrain and electronic control system.

A simpler induction system features 12 throttle bodies on top of the engine, fed directly by the racing-style air box. The exhaust system does without catalytic converters, has thinner Inconel walls and, with only track noise limits to meet, benefits from smaller silencers. 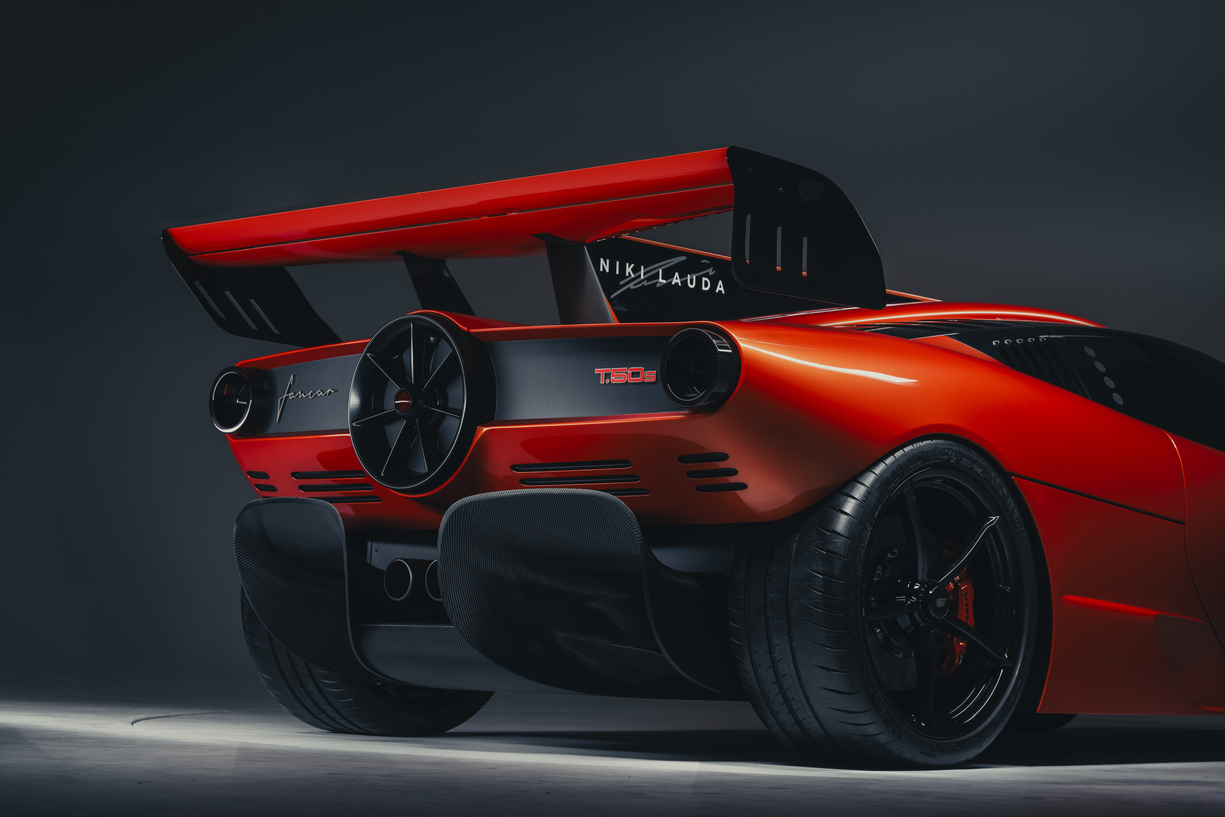 A bespoke Xtrac IGS (Instantaneous Gearshift) six-speed paddle-shift gearbox is fitted, designed to fit the exacting packaging and weight demands of the T.50s Niki Lauda. As part of Xtrac’s efforts to minimise weight wherever possible, even the gears are lighter, contributing to a 5kg total weight reduction. Both the gearbox and the clutch are electronically actuated.

Ratios have been chosen to optimise on-track performance and driver enjoyment and engagement, delivering a top speed of approximately 200-210mph. A set of closer ratios optimised for shorter circuits will also be offered, allowing owners to make the most of all six gears via the steering column-mounted paddles. In this configuration, the T.50s Niki Lauda will reach around 170mph flat-out.