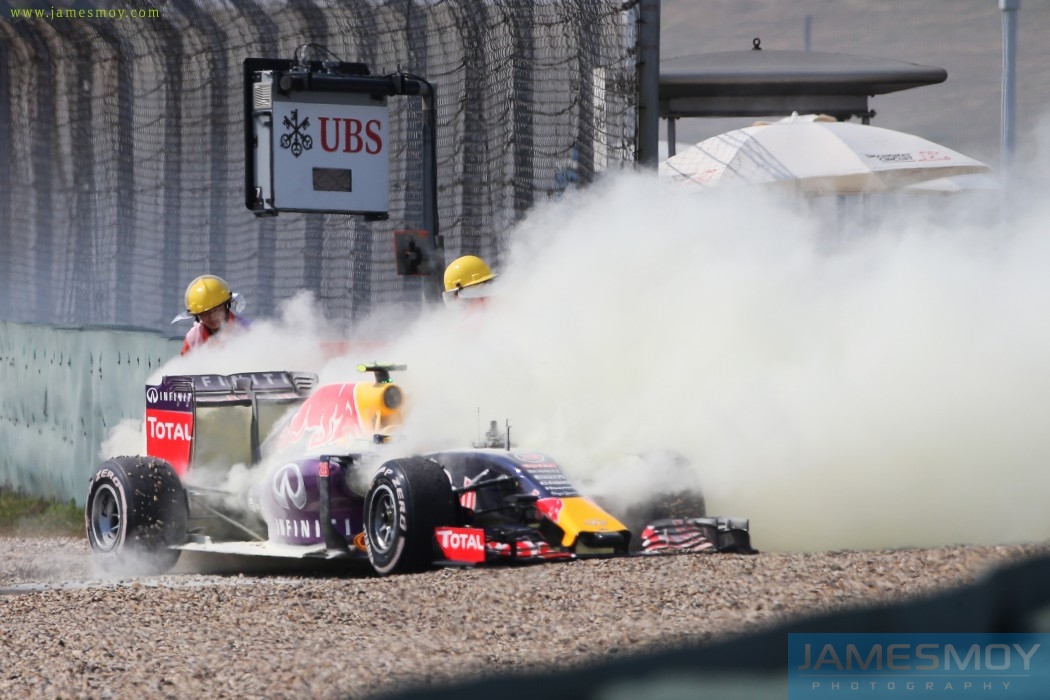 Daniil Kvyat of Red Bull Racing retiring from the race with a blown engine in Shanghai, April 2015. 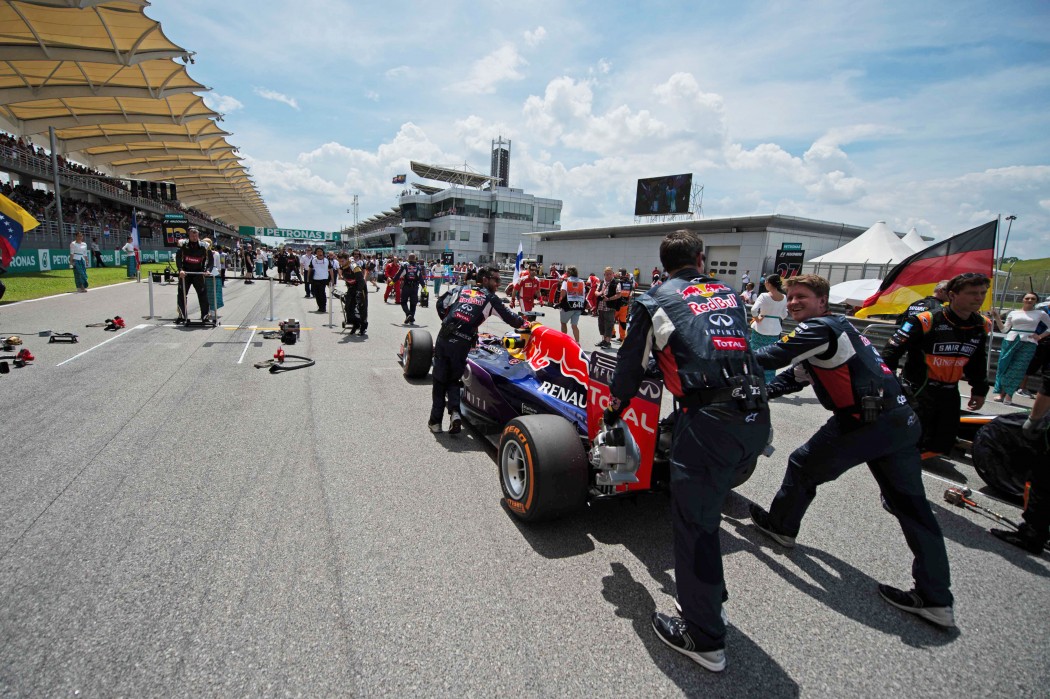 Daniel Ricciardo of Red Bull Racing RB11 on the grid. 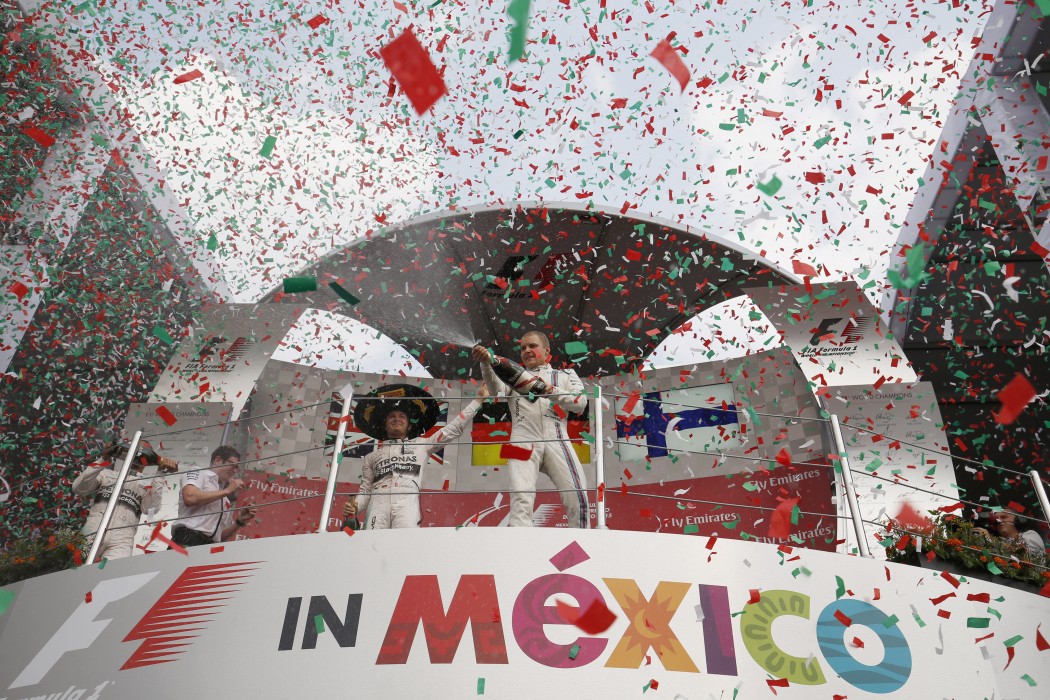 By Kunal Shah and Mithila Mehta | Ferrari recently claimed that they weren’t interested in the commercial rights of Formula 1. Yes, such an attempt would be somewhat away from their core business, but it just seems a bit strange that they’re not curious at all, because in the business of Formula 1 Bernie makes his billions while the teams lose their millions!

The one team investing a few more millions next season will be Infiniti Red Bull Racing. They even might purchase unbranded Renault combustion engines and run them with their own ERS system. In the world of hybrid turbos, this is a configuration that no other team has dared to attempt yet. However, it isn’t very often that teams put their money where their mouth is, especially when it comes to ‘quitting threats’, right? Had Red Bull Racing left, we wouldn’t bet against their four racers (senior and junior) being absorbed on the grid even though driver contracts for 2016 are more or less done. Courtroom battles aren’t always fun though, ask Sauber!

While car manufacturers like Renault and Honda are struggling to generate adequate power in their units, there’s a rumour that Aston Martin is talking to Force India about a possible naming rights partnership. If they ever approach Williams Martini Racing, will they settle for Aston Martini Racing?

Kimi Raikkonen might have been exonerated by Ferrari for his yet another clash with Valtteri Bottas in the Mexican Grand Prix, but the daggers were out on social media without much surprise. Kimi didn’t accept the blame and went on to say that criticism left him unfazed. But we can’t seem to recollect when was the last time he received some appreciation – wasn’t it way back in 2012?

If we were Ferrari, we would have taken the bold step of hiring the young and energetic Max Verstappen for Kimi’s 2016 seat. The Dutch teenager has taken Formula 1 by storm this season and it is now a case of ‘when’ rather than ‘which team’ when one charts out his future in the sport. But then again, Ferrari is known to retain their drivers way past their use-by date!

Fernando Alonso’s lack of good performances this season have made us a fan of his, and we’re not being ironic. Or sadistic. We weren’t entirely fond of the Spaniard before, but the current team’s lack of pace has only given the former double World Champion extra time to be vocal and express his (otherwise assumed as non-existent) humour. Given that our interest is always to induce humour in the sometimes boring world of Formula 1, Alonso has turned out to be a perfect ally – “look ma, no engine!”, he could yell to the King of Spain.