#HAMIL7ON: seven times Formula 1 Drivers’ Champion in a season like no other 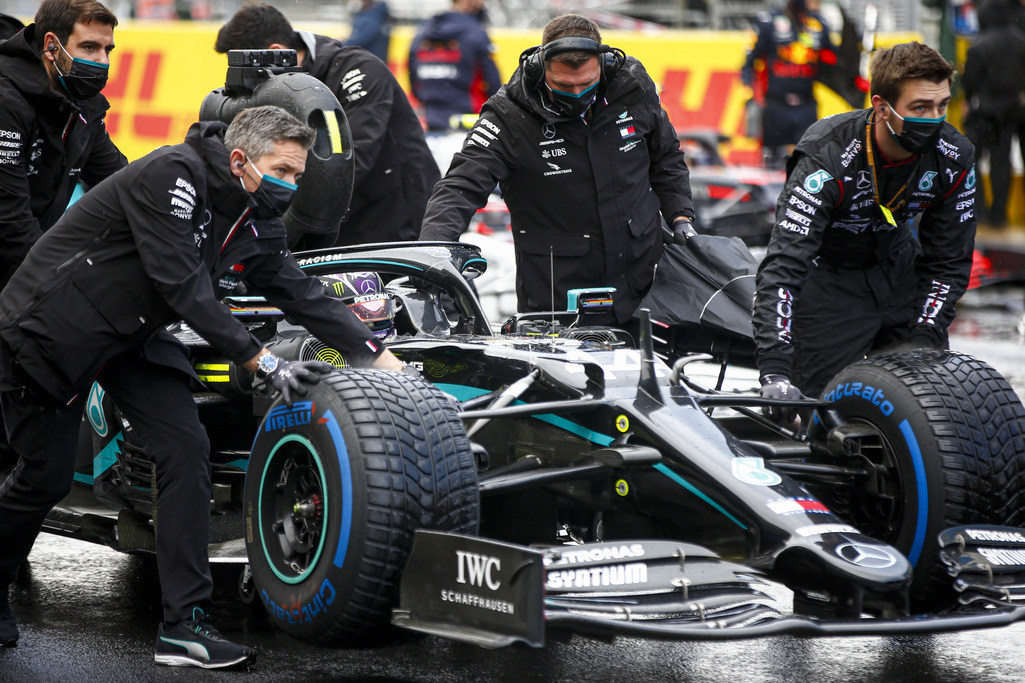 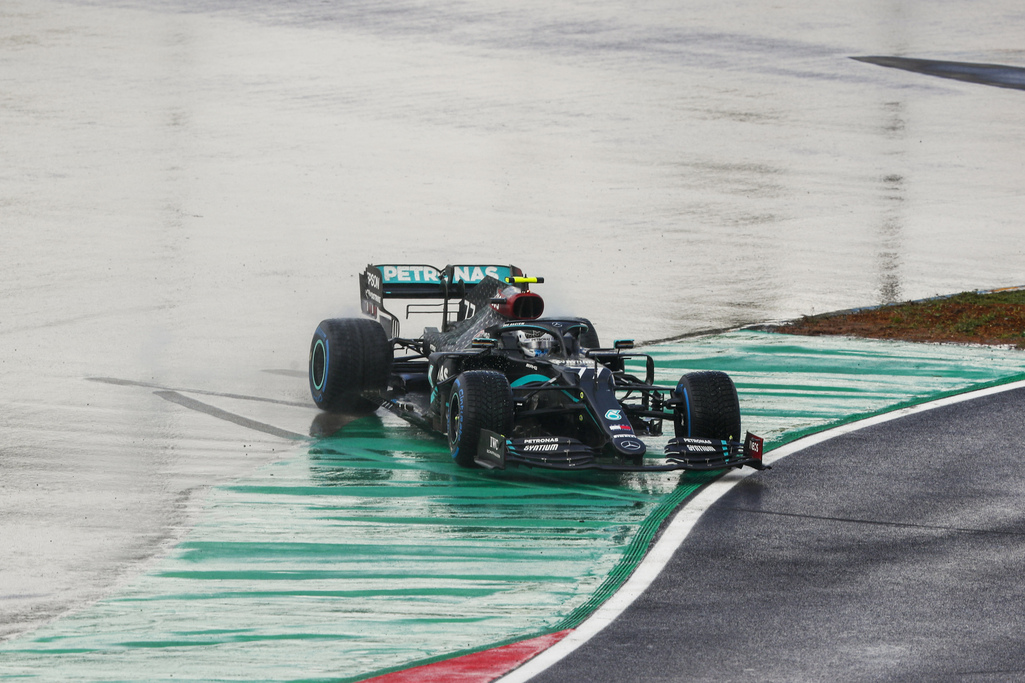 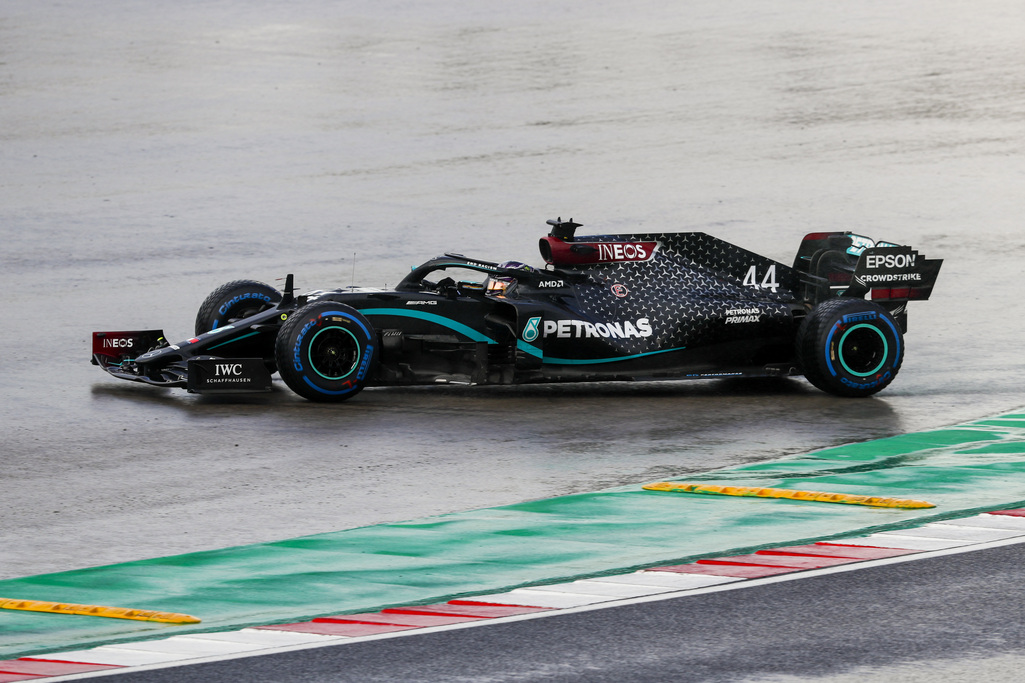 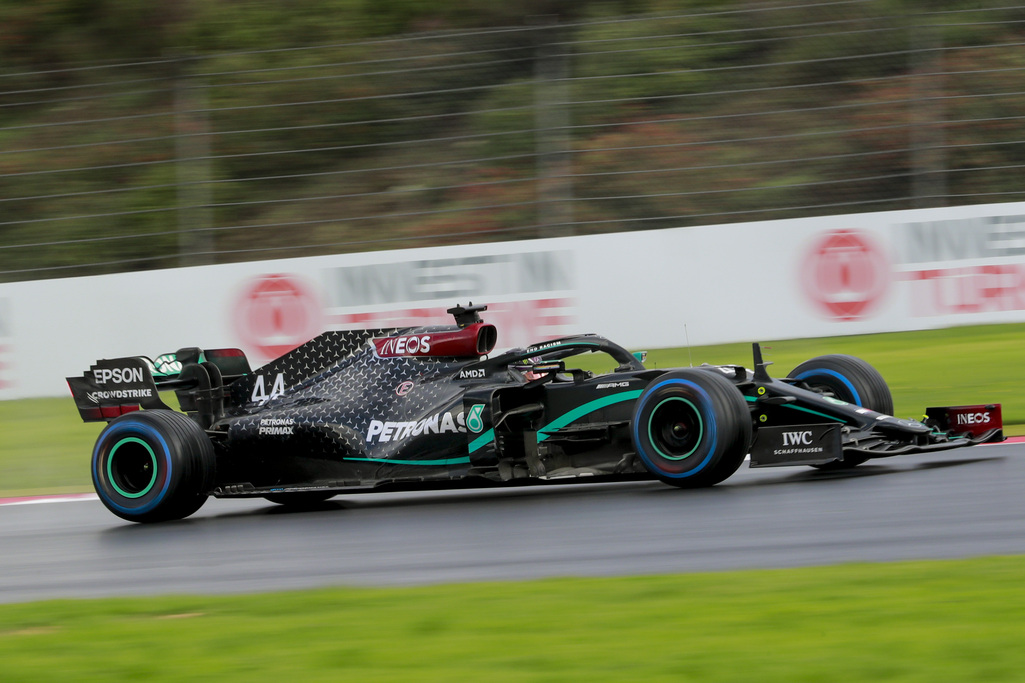 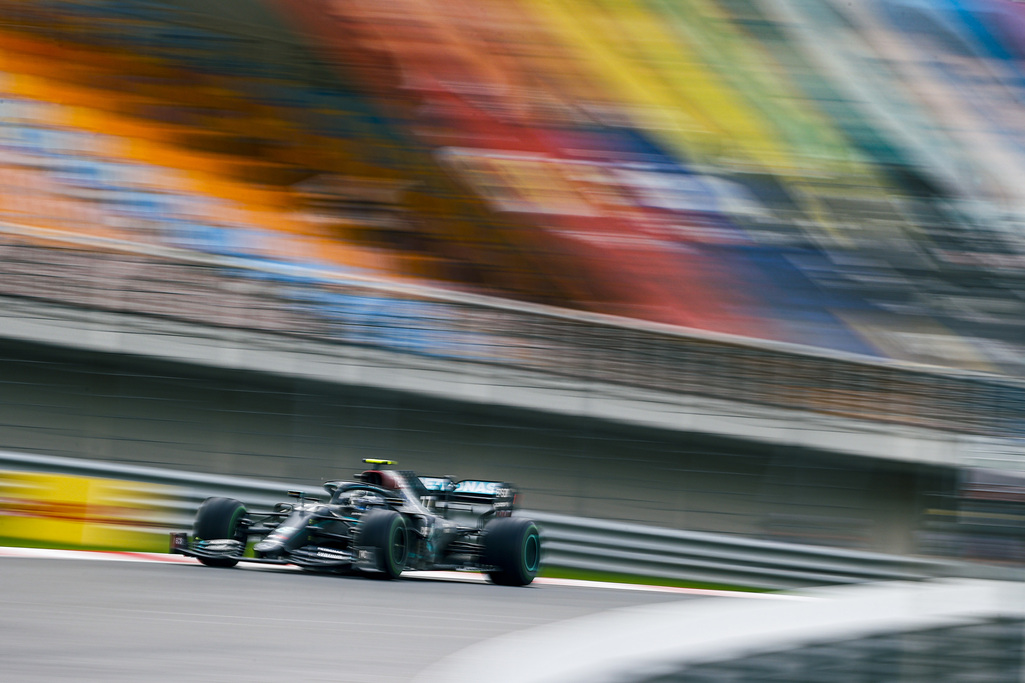 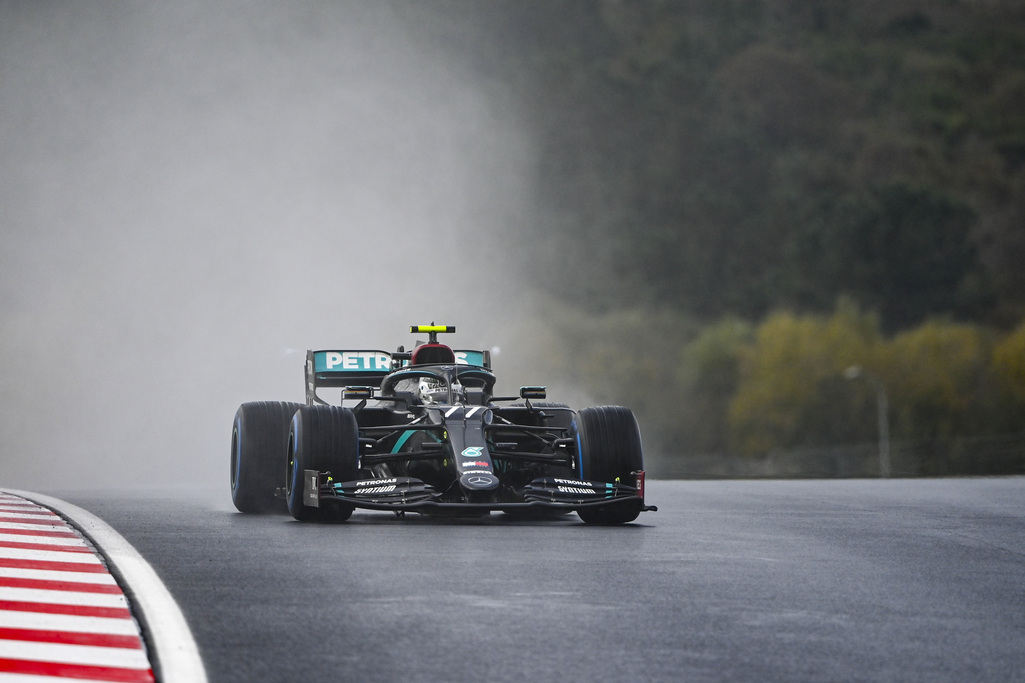 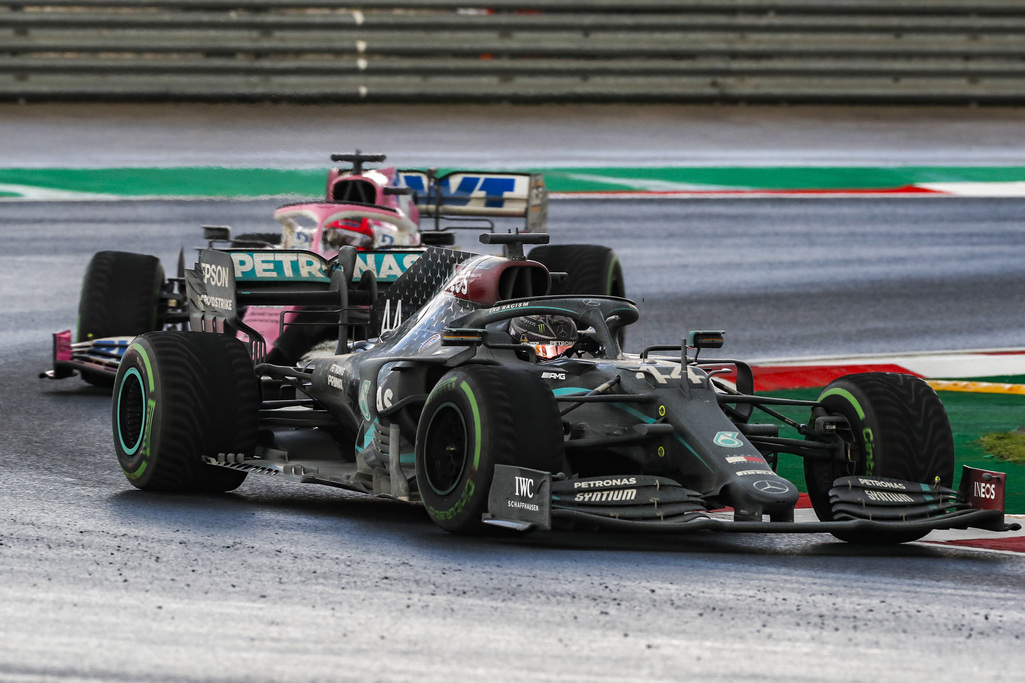 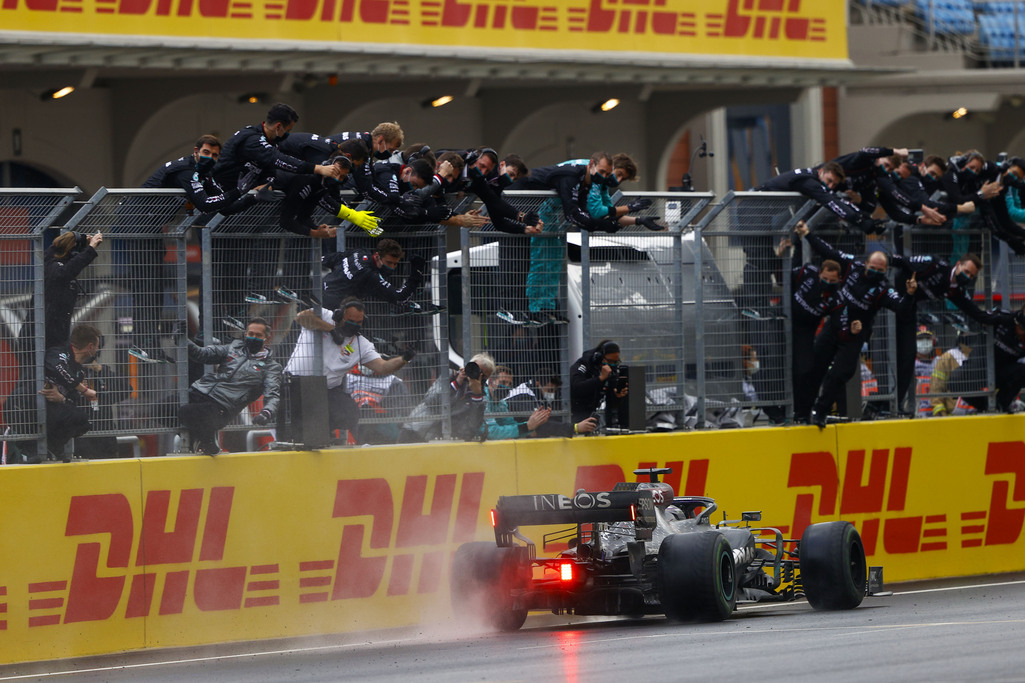 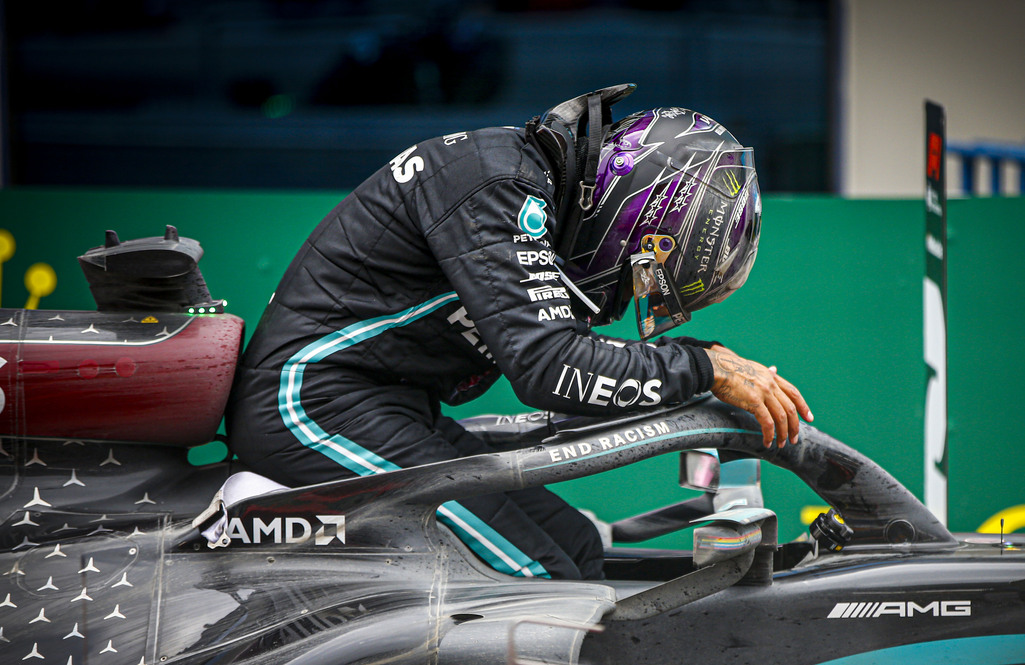 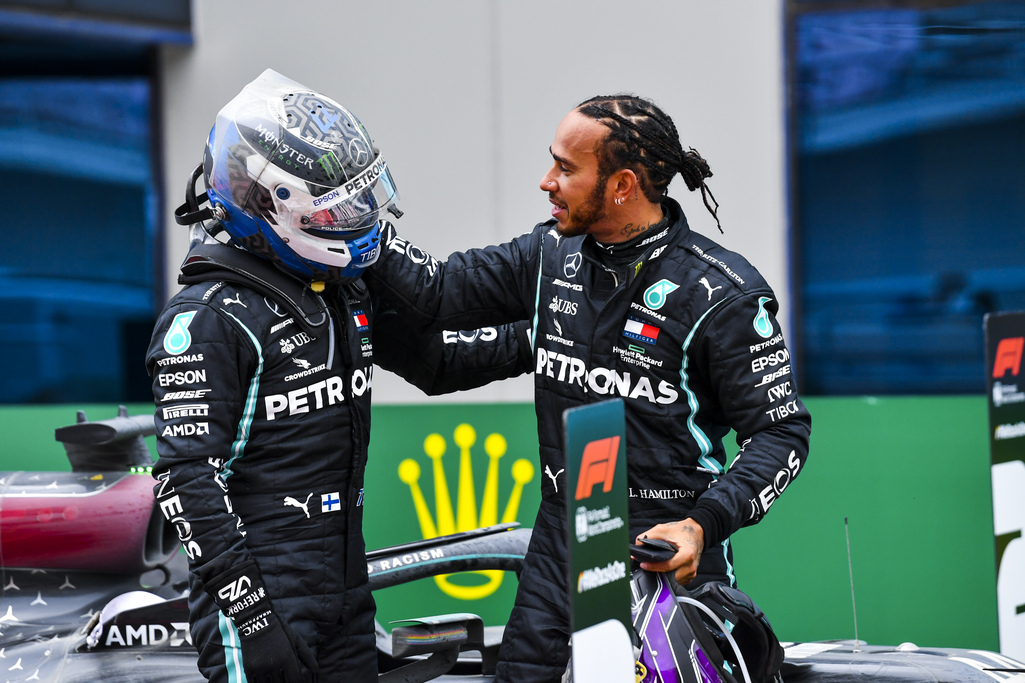 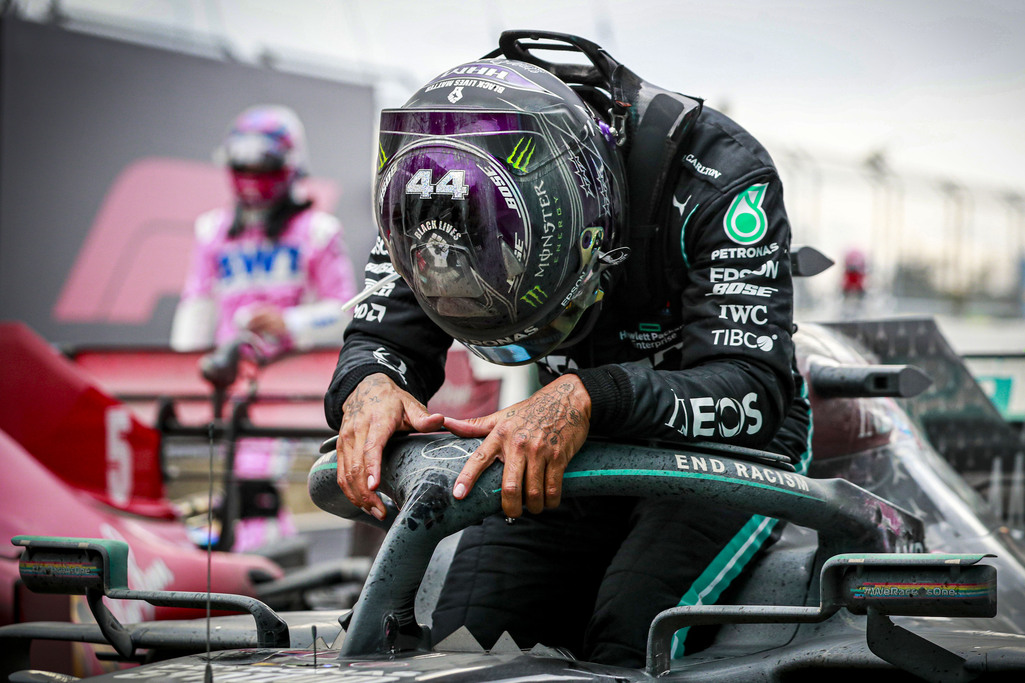 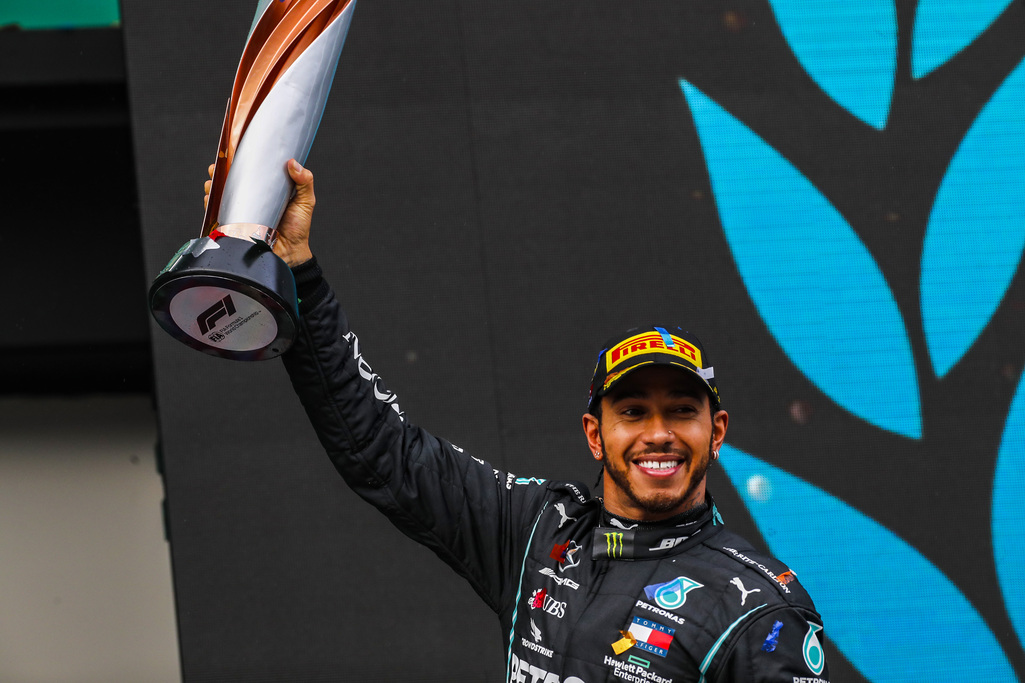 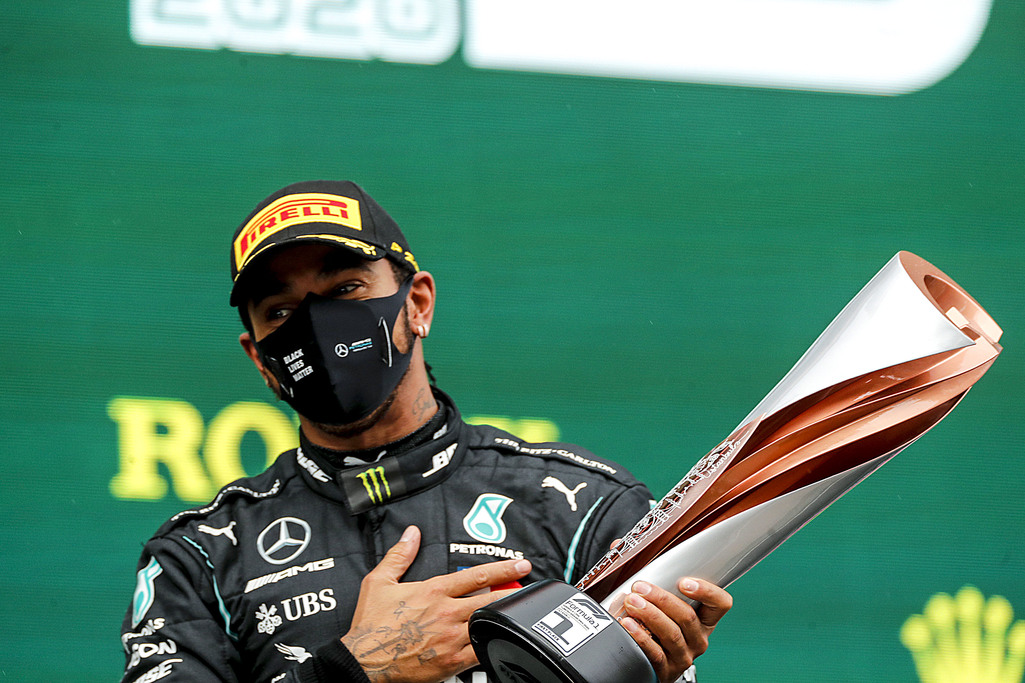 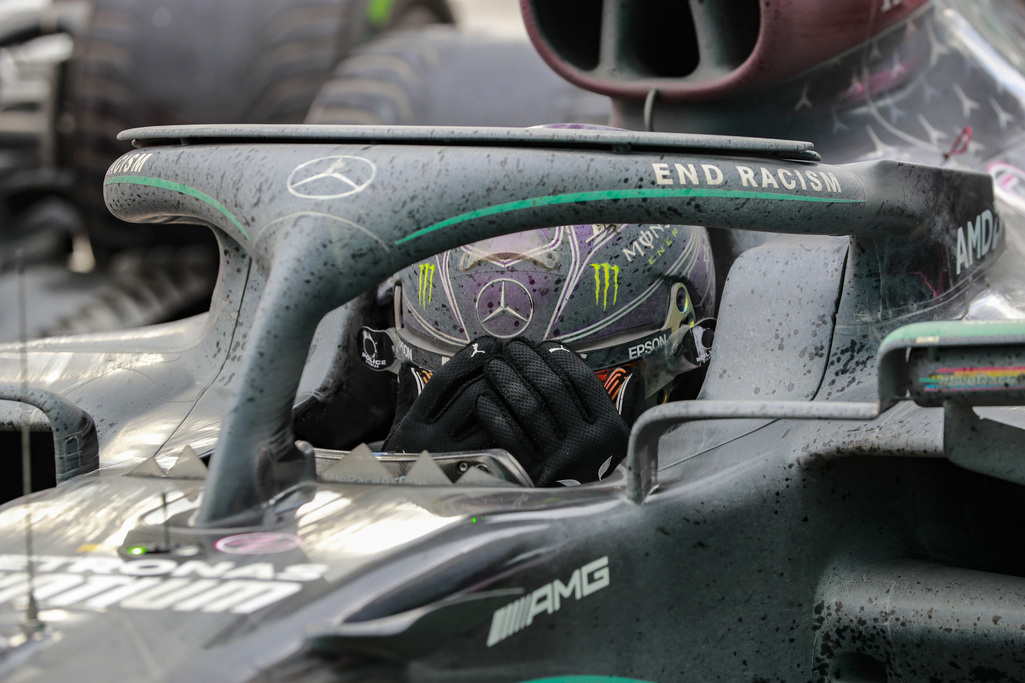 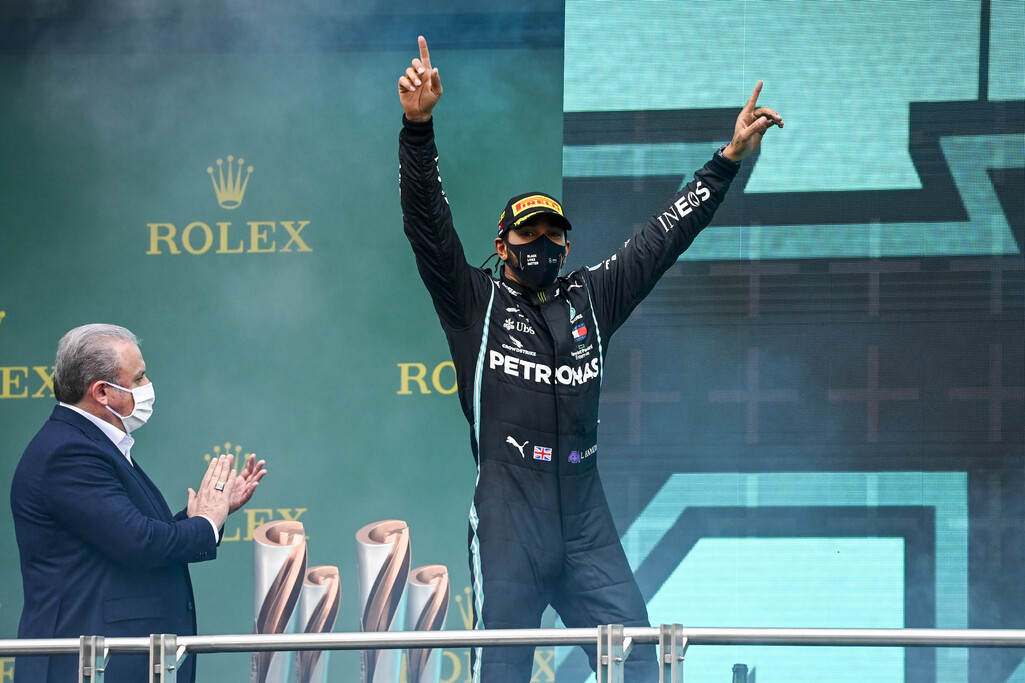 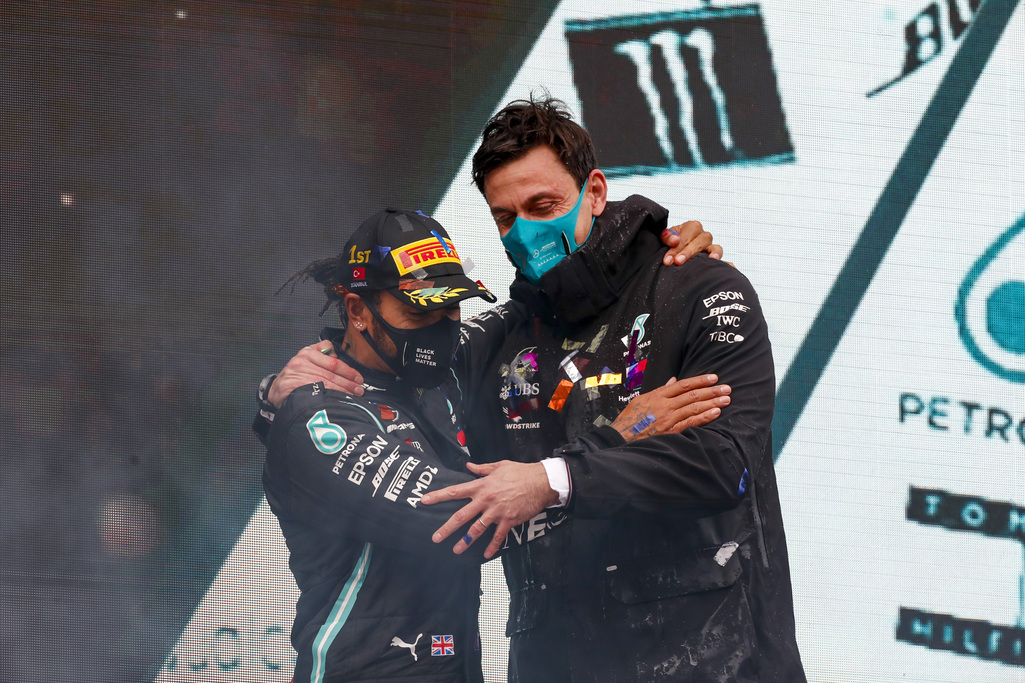 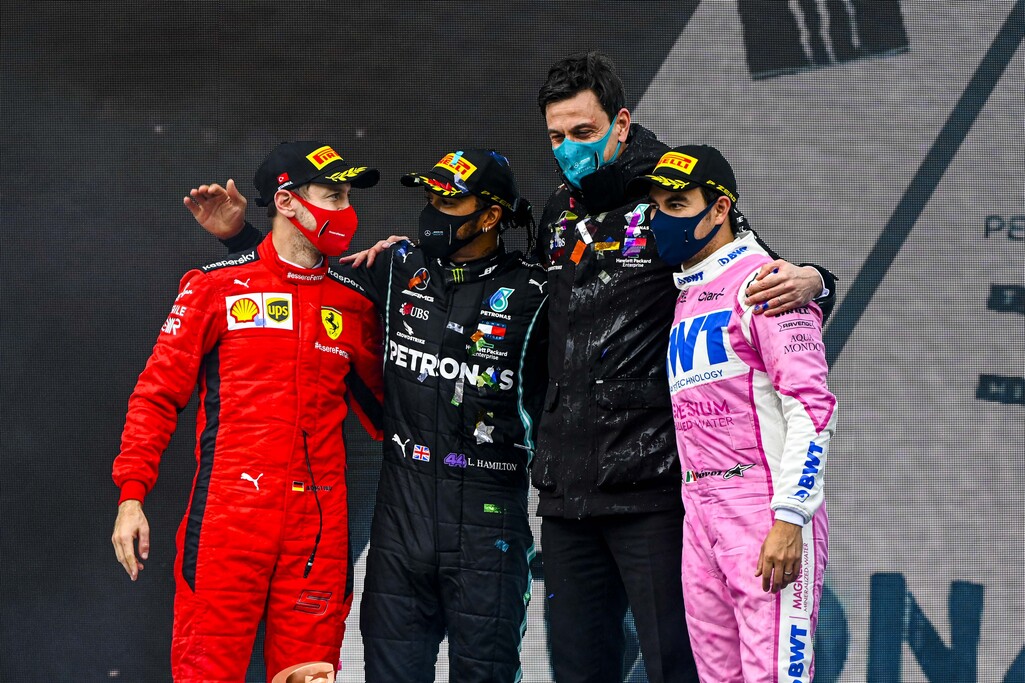 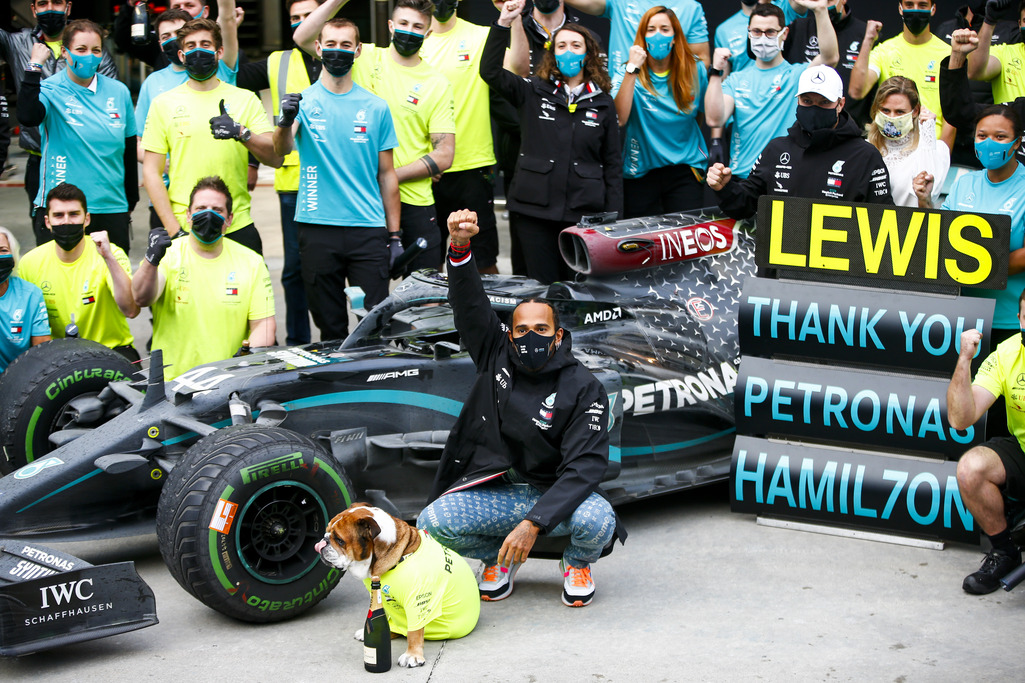 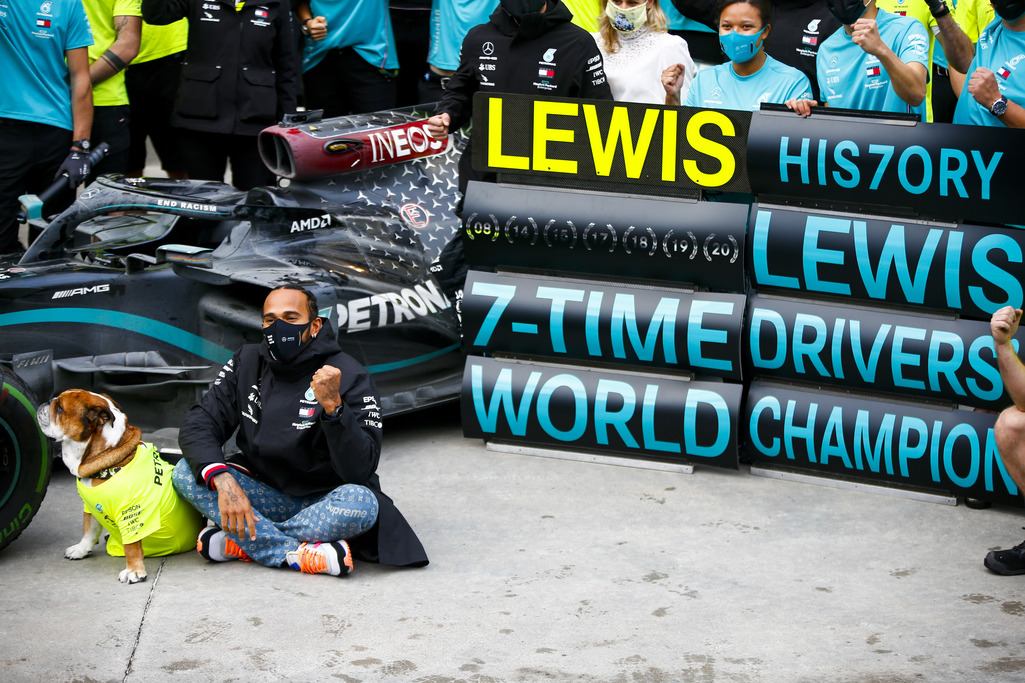 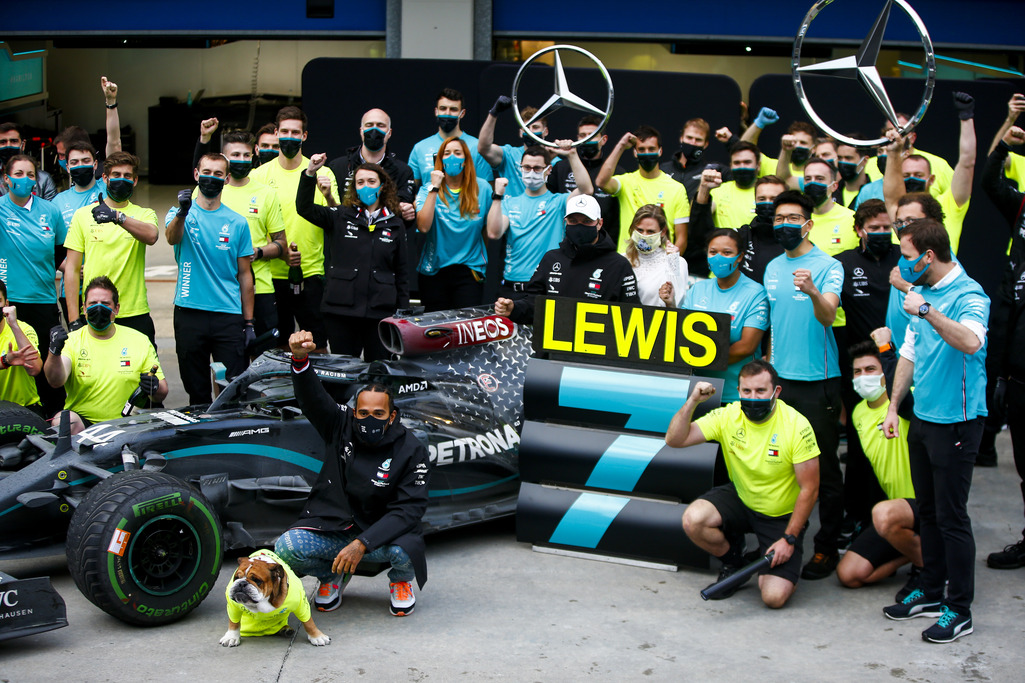 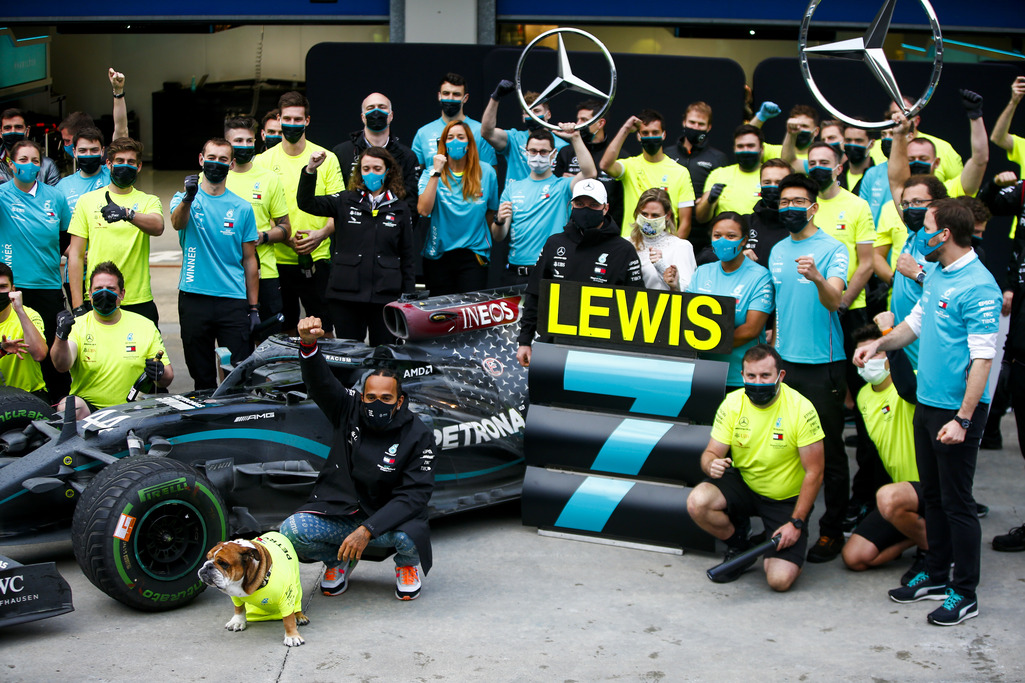 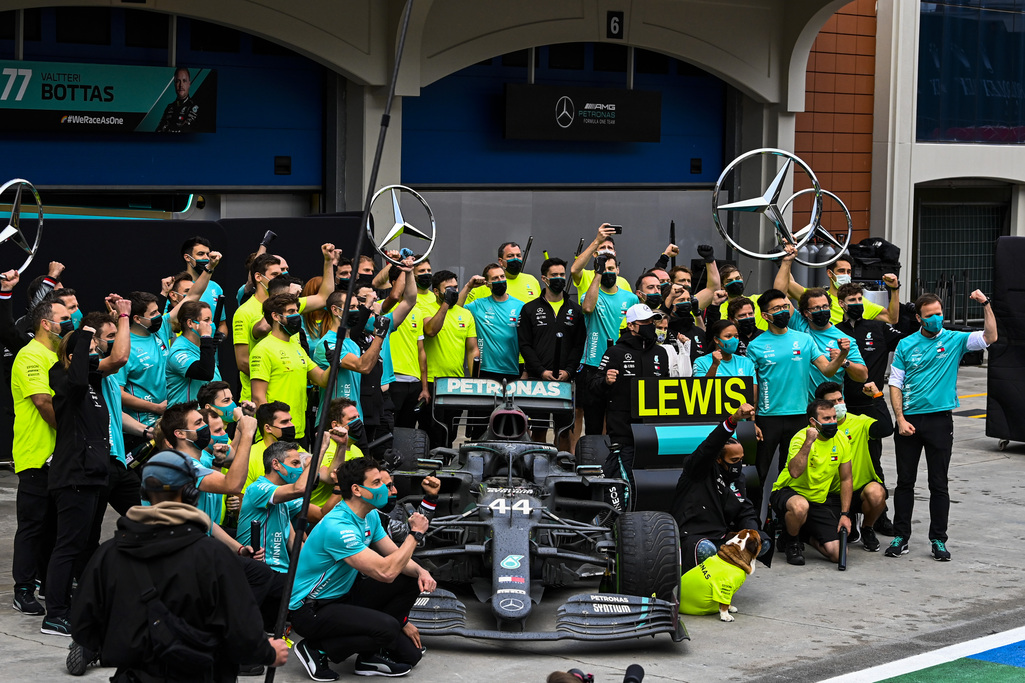 I know often we, or I say, it’s beyond my wildest dreams, but I think my whole life I secretly have dreamt as high as this. But it always felt so farfetched. I remember Michael winning those championships, and all of us drivers here are doing the best job we can, and just to get one, two or three is so hard to get. So, to get seven is just unimaginable. But when you work with such a great group of people, and you communicate, and trust one another and listen to one another, there is just no end to what we can do together, this team and I together. And I’m so proud of what we’ve done. And them trusting me out there today as they did, that comes with experience.

This year has been so tough… I haven’t gone out, I haven’t gone for dinner, I’ve just stayed in my bubble. Getting room service every day, and not really anything exciting and that’s naturally because I‘ve got a championship to fight for. I think this year I’ve sacrificed more than ever before in my whole life. That’s made it quite difficult. Making memories like this, I want to wait until I can be around my family, be around all my friends because I want to share it with them. I feel so proud of this race today. I was thinking about moments when it went wrong before, like China 2007 when I lost the championship on worn tyres in the pit lane.

All these things I’ve learned along the way, I was able to apply today, and that’s why you saw the result and the gap you did today.

At the same time, I feel like I’m only just getting started; it’s really weird. I feel physically in great shape, and mentally this year has been the hardest year for many people, for millions of people. I know things always look great on here, on the big stage, but it’s no different for us athletes. And it has been a challenge I didn’t know how to get through. But with the help of great people around me, with the help of my team, Team LH, I managed to keep my head above water and focused.

I’m hopeful for a better year next year. And I’d love to stay, I feel like we’ve got a lot of work to do here. I am working to push to hold ourselves accountable as a sport, to realise we’ve got to face and not ignore the human rights issues that are around in the countries that we go to, and how can we engage with those countries, and how can we empower them to really change, not 10 or 20 years from now, but now. And I want to help Formula 1, I want to help Mercedes in that journey to become more sustainable. I hope to be a part of that, at least the initial phase, for a little bit longer.

That was a long race. Such a long day. From the first lap onwards, everything went wrong. I don’t know who it was, but someone was spinning in front of me in the first corner and I was avoiding, and then I spun as well. Then I had contact in Turn 9 and then the car wasn’t the same anymore.

I struggled to stay on track. I couldn’t stay on track, the steering wheel was like this, and there was a piece missing from the front wing. It was just about surviving from then on, not good. Congratulations to Lewis as well. He deserves this title completely: he was the better one of us this year overall, and seven titles is a very impressive achievement in our sport.

Ola Källenius, Chairman of the Board of Management of Daimler AG and Mercedes-Benz AG:

Huge congratulations to Lewis on this seventh World Championship – what an incredible achievement! Lewis has been a part of our Mercedes family for over 20 years now. He joined us as an incredible karting talent; today, he’s one of the best drivers of all times. Lewis keeps improving even when it might seem like there’s little left to perfect, and I’m excited to see where else his journey will take him. It’s not just Lewis’ development on a track that is impressive, but also his inspiring journey off track.

Lewis has become a passionate advocate for more diversity and inclusion. He has also taken tangible steps to support this important cause. As a team and as a company we stand with him. We’re proud you’re part of our family, Lewis. Thank you for seven world championships powered by Mercedes!

Today once again showed how Lewis is capable to cope with a situation that went against him in the beginning, he was the one who kept it on the road, looked after the tyres and let the race come to him. And that made the difference today, he was hungry as a lion. Driving a car on slicks at the end, with the risk of rain, he just brought it home for a 94th win in Formula 1 and to take the seventh title – it’s such an impressive achievement.

This year has been very special because it was so difficult for everybody in the world. I hope we have been able to bring people some joy, some entertainment, and coming out on top after a race like this feels incredible.

We simply need to say congratulations to Lewis and to recognise the amazing job he is doing, setting new benchmarks in this sport. We will be flying home together, so we will have to see how we celebrate – I’m sure we will find a way!

We didn’t need a reminder as to why Lewis deserves to be a seven-time champion today, but he gave us one anyway. He deserves every bit of success that he has had, and it was a privilege to see him celebrate that championship on the top step of the podium.

The race itself was pretty unpredictable.  We were able to make some changes to the car with the rules around ‘change of climatic conditions’ and for the first time, this weekend managed to get the tyres working. The opening laps were clearly quite tricky, and it was surprisingly hard to get close to anyone to pass, especially when we didn’t have DRS. Valtteri had a good start but spun trying to avoid a Renault at turn one and then had contact later at turn 9 causing some damage that compromised his car for the race. Lewis also had a good start but ran a bit long into turn 9 and lost a couple of places which made his day more difficult as he spent a long time stuck behind Seb.

The strategy ended up being more straight forward than we’d expected, the biggest point of discussion on the pit wall was how far we could go on a set of inters and we didn’t really know the answer to that as we’ve gone that far before. Lewis did a great job of looking after the tyres and managed that stint well avoiding the need for an extra stop. We’ve still got three races to go and are looking forward to some warm weather in the Middle East and hopefully finishing this season with some strong results.