A map of all 613 F1 podiums by British drivers

The team at Ticketbis.net have created a heat map of all 613 Formula 1 podium finishes by British drivers since 1950 up until the start of the 2016 season: 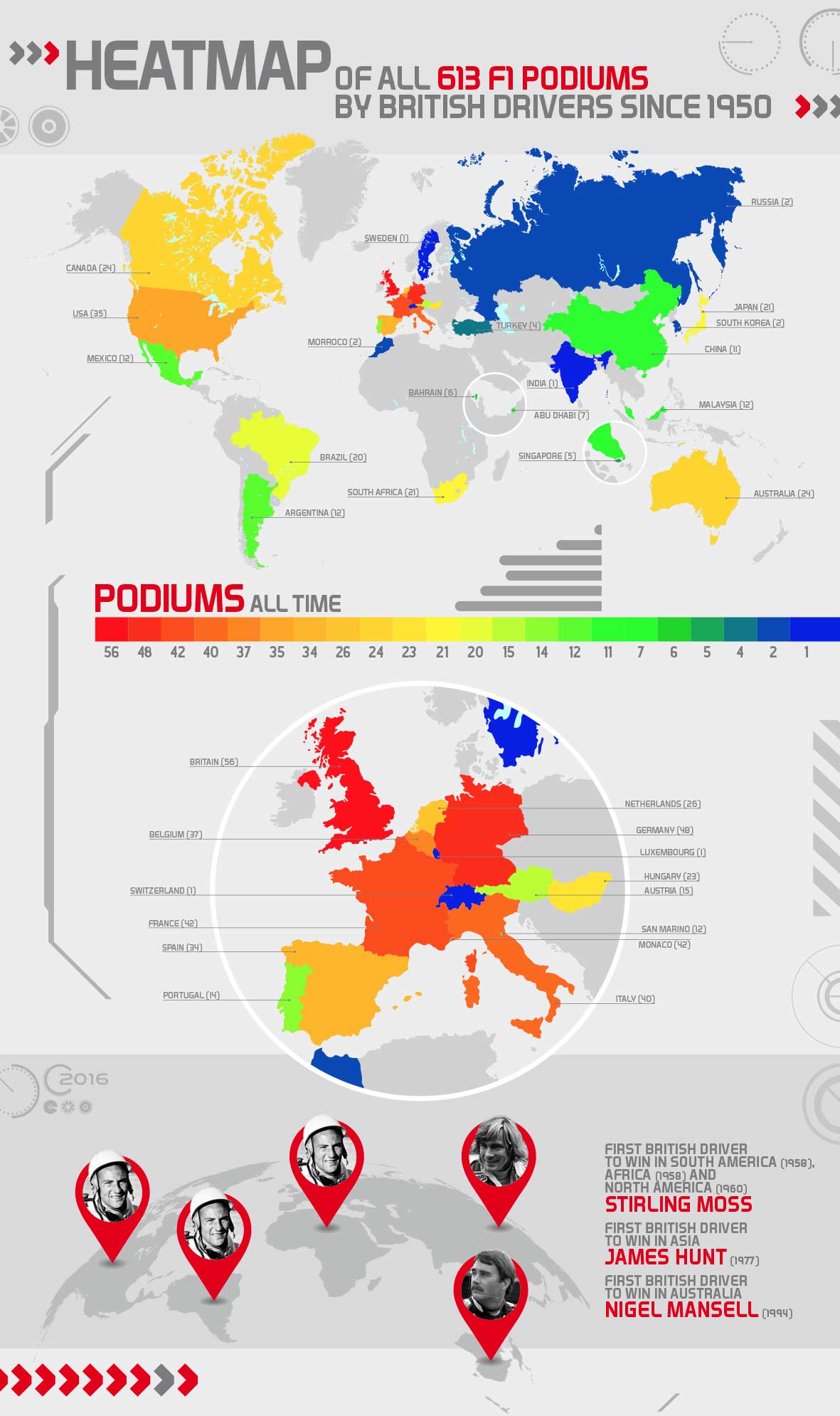 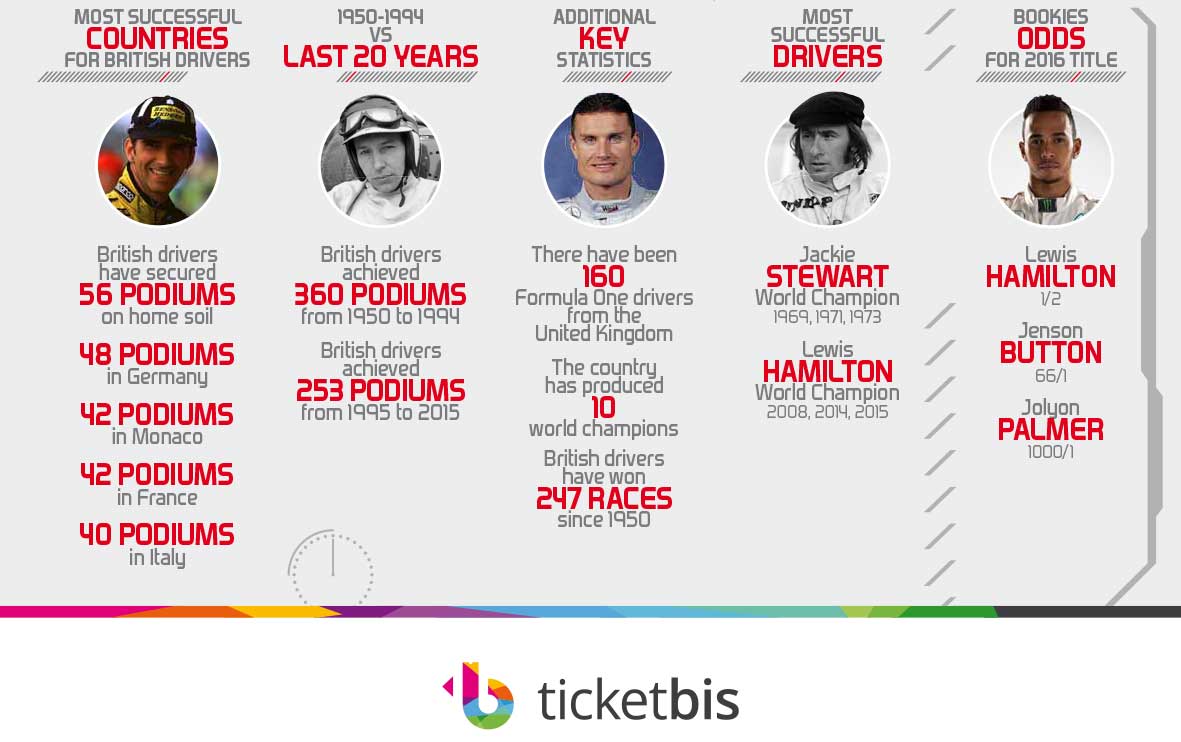 There have been 160 Formula 1 drivers from the United Kingdom, the country has produced ten World Champions and British drivers have won 247 races since 1950 until 2016. Over the last 20 years British drivers have achieved 253 podiums, adding to the 360 podiums notched up from 1950 to 1994.

Reigning champion Hamilton is the British driver with most podium finishes to his name (87) and he boasts a whole host of brilliant career stats, which he will be aiming to add to in 2016 as he looks to become the first four-time British World Champion. Hamilton is the British driver with most career race wins (43), most Pole Positions (49), most career points (1867) and most wins in a season (11 in 2014). He also holds the record as the youngest British driver to win a race (22 years 154 days, 2007, Canadian Grand Prix) and he is the Briton with the most podium finishes in one season, 17 from his superb 2015 campaign.

Hamilton was preceded in Formula 1 by a number of giants in the sport from the UK with the great Stirling Moss being the first British driver to win a Grand Prix in South America (Argentine Grand Prix) and Africa (Morocco Grand Prix) , both in 1958, as well as North America (United States Grand Prix) in 1960. Indeed Moss is the Brit with the most Grand Prix race wins to his name without winning a world title, with 16 victories in total.

Jenson Button is the Brit with the most races under his belt (284) whilst the unfortunate record of British driver with most podiums without a win belongs to Martin Brundle (9).

British drivers have scored 56 podiums on home soil, with 48 podiums notched up in Germany, 42 podiums achieved in Monaco, 42 podiums in France and 40 in Italy, completing the five most successful hunting grounds in British F1 driving history.

Last year Hamilton matched the three World titles of Jackie Stewart who was World Champion 1969, 1971 and 1973. Following his dominance over the last two years Hamilton is an odds on 1/2 bookies favourite for the 2016 title with Mercedes again, whilst McLaren’s former World Champion Jenson Button is 66/1 for the crown. For those looking for a true outsiders’ punt the third Brit in the 2016 championship, Jolyon Palmer is a 1000/1 bet for the title with Renault.