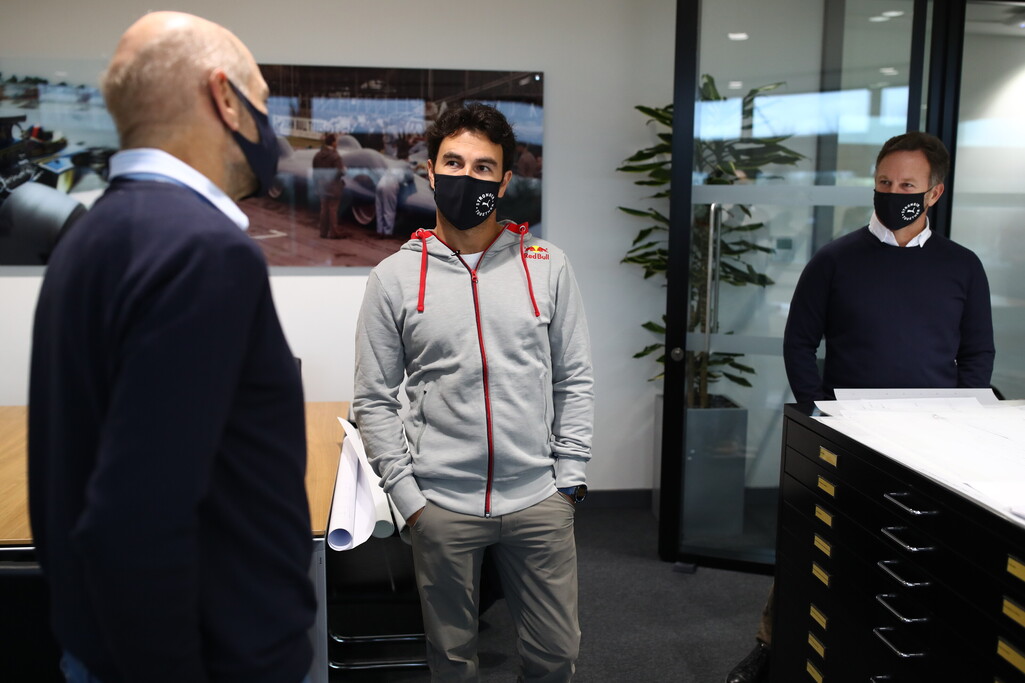 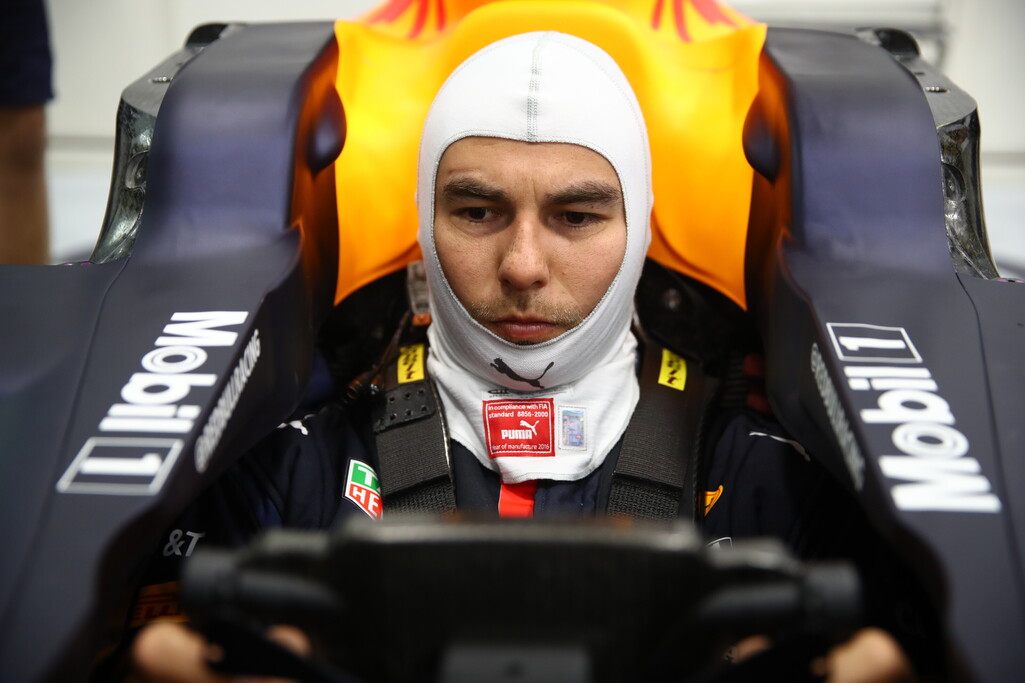 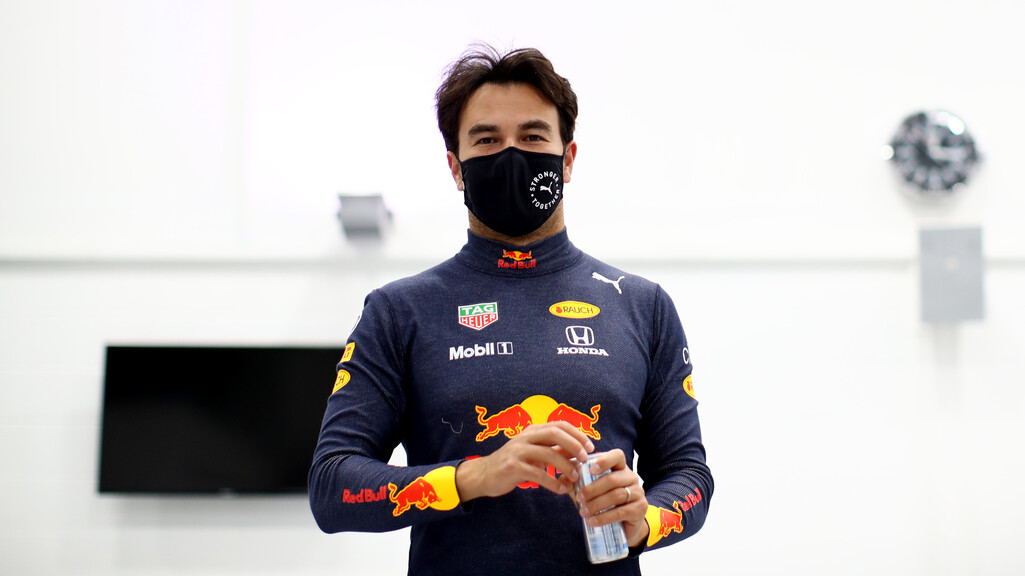 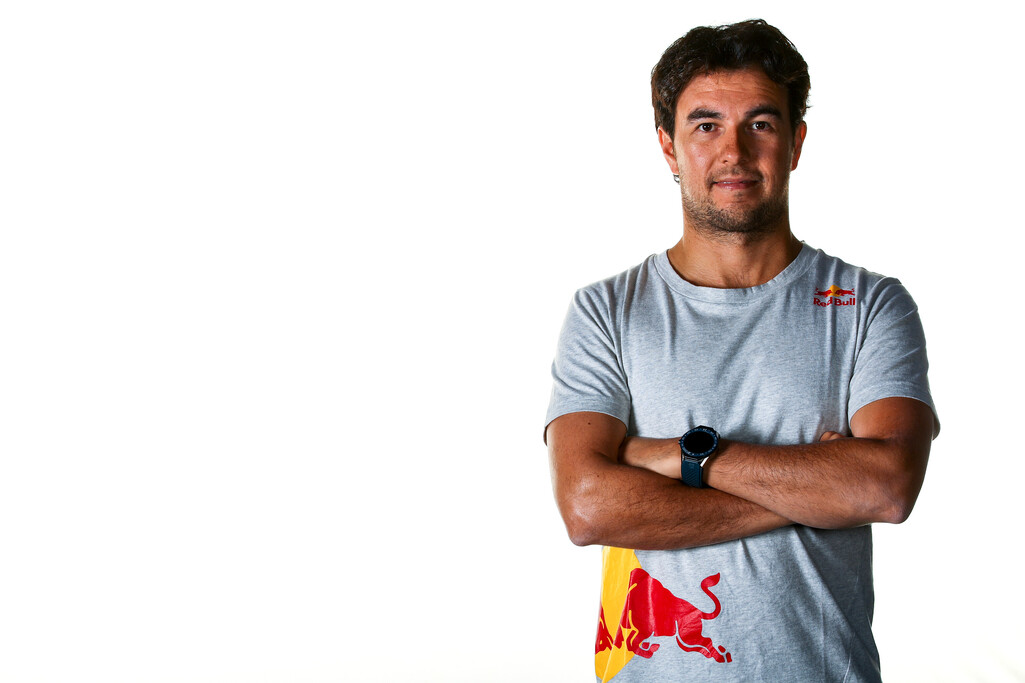 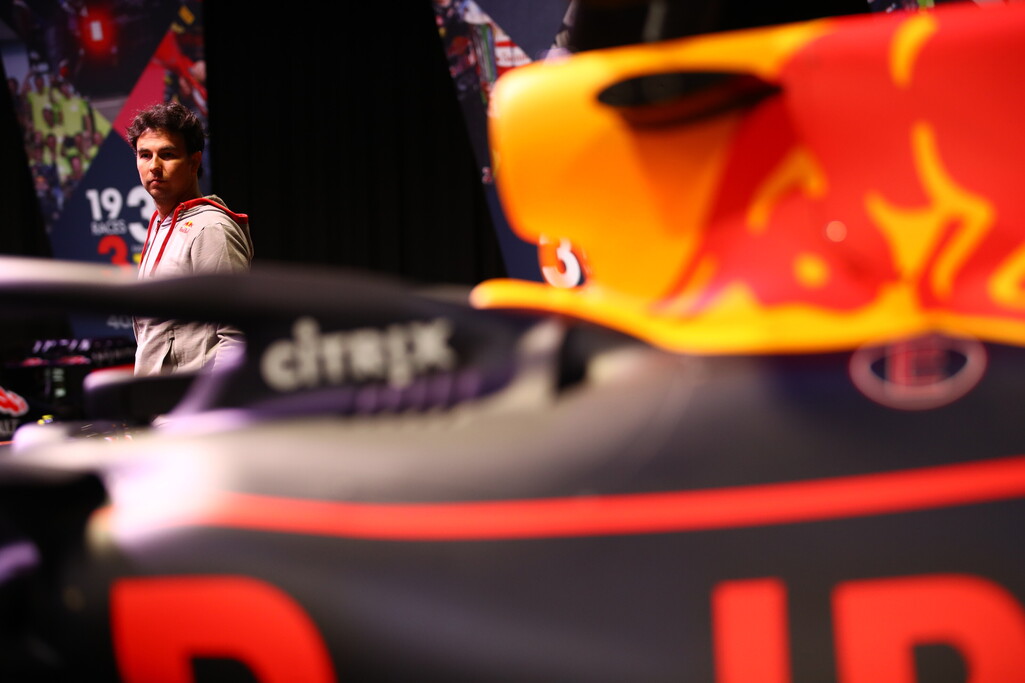 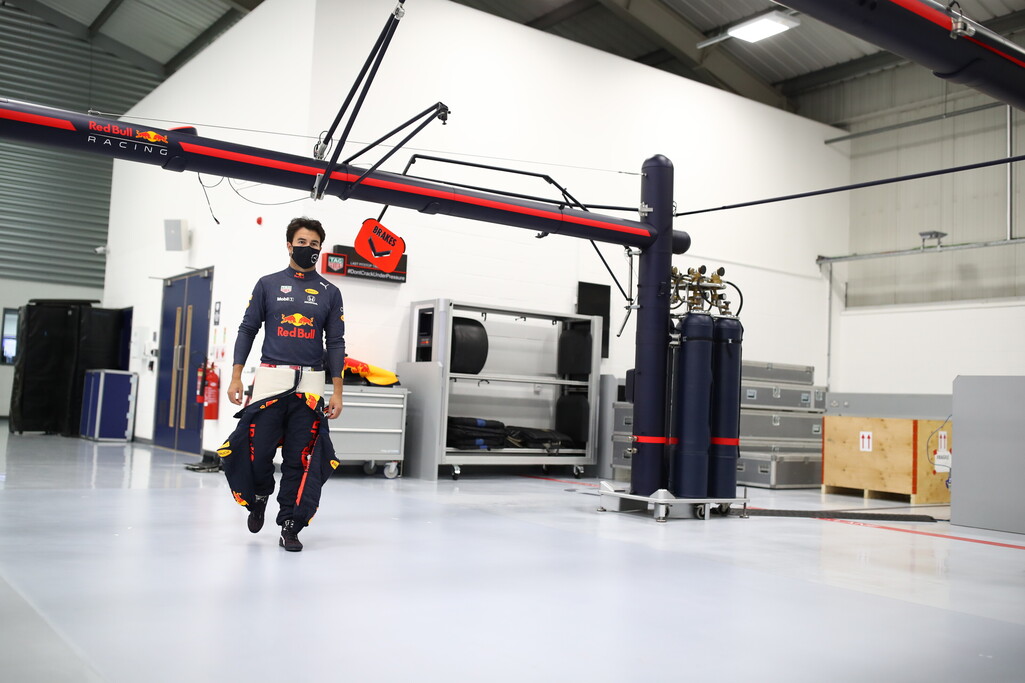 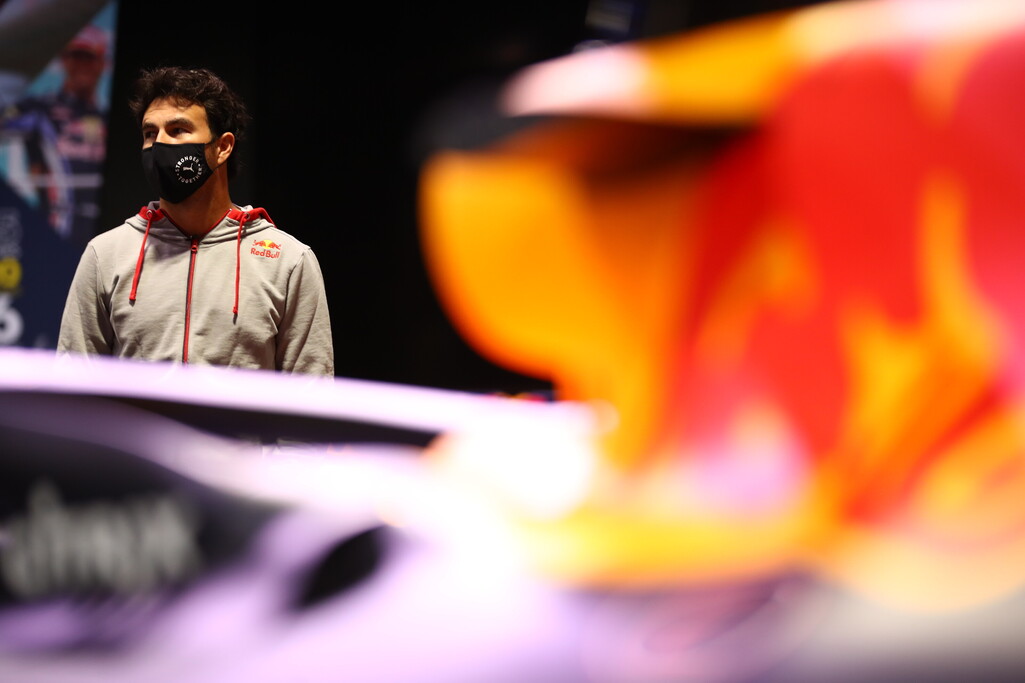 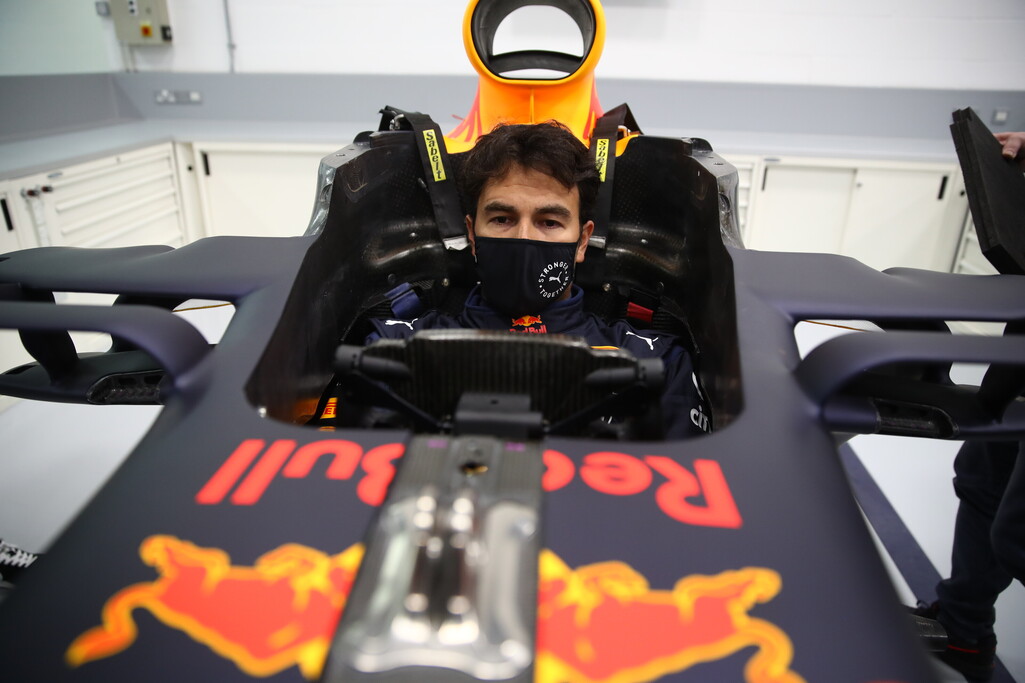 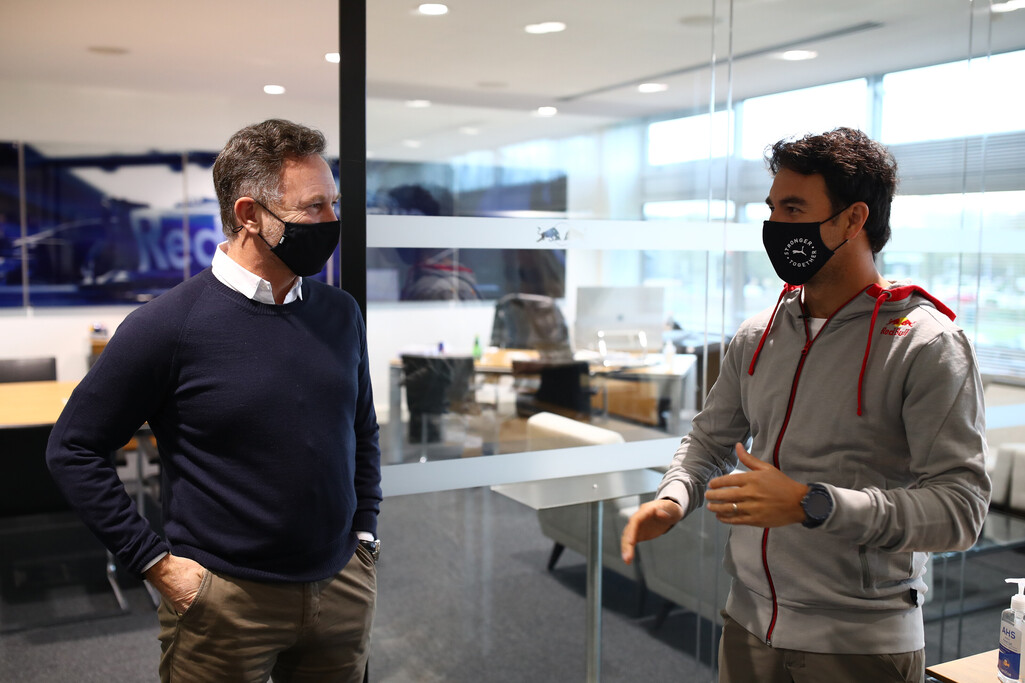 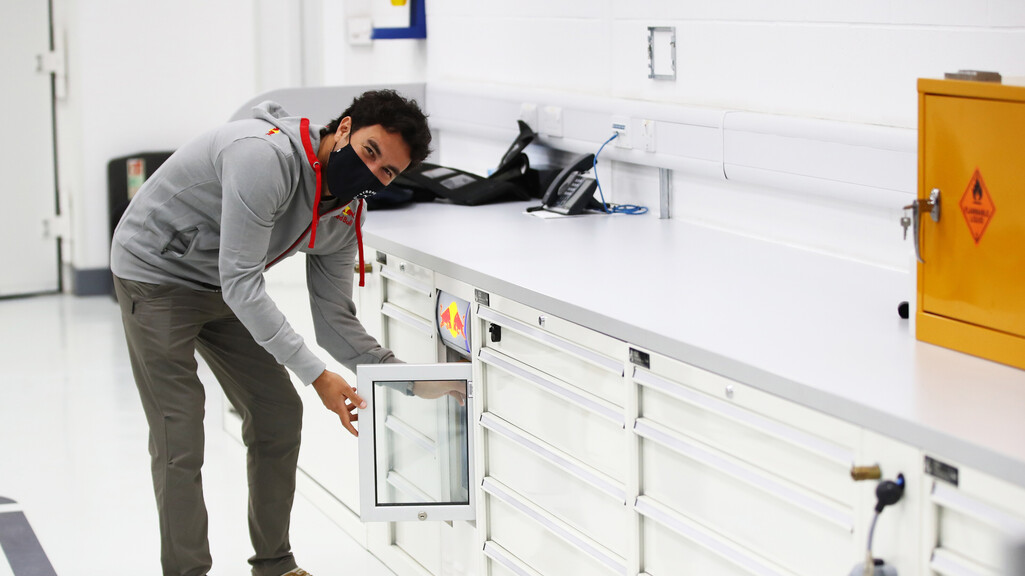 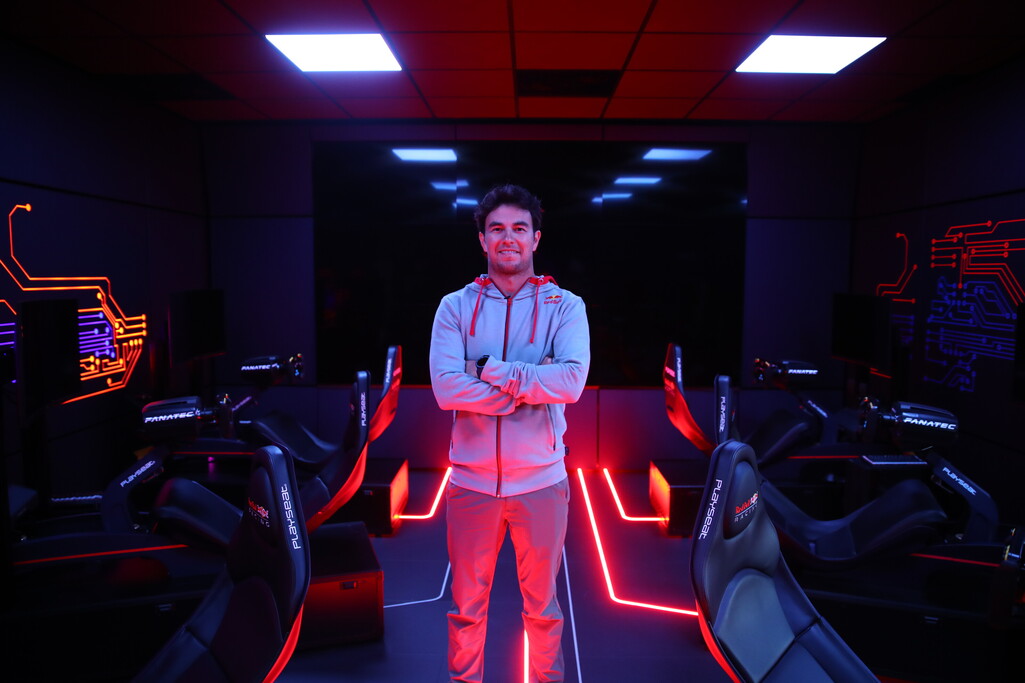 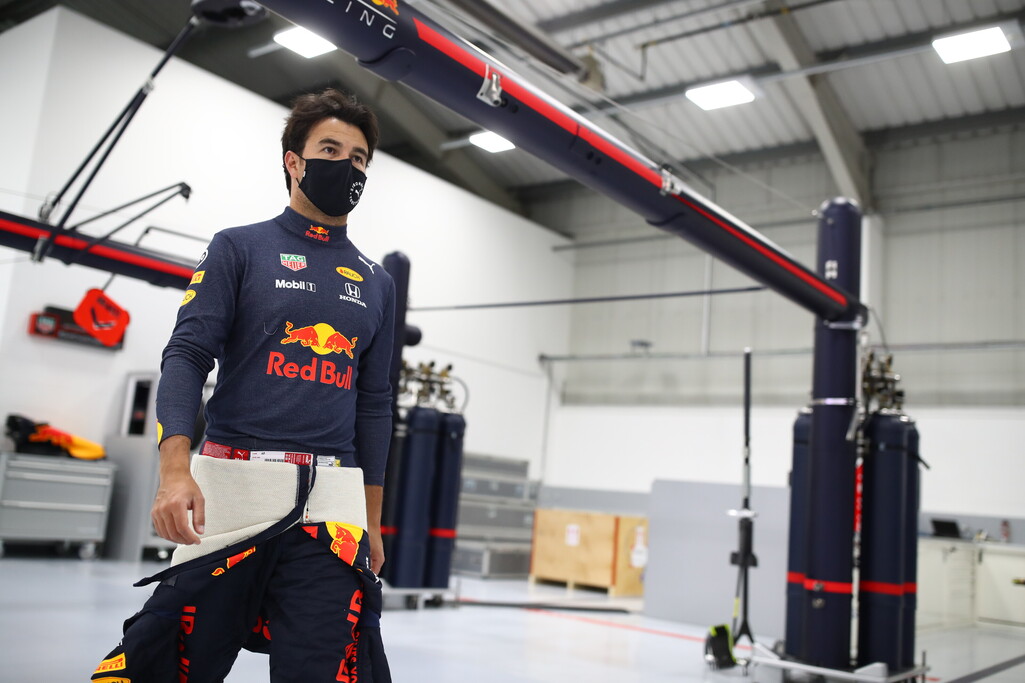 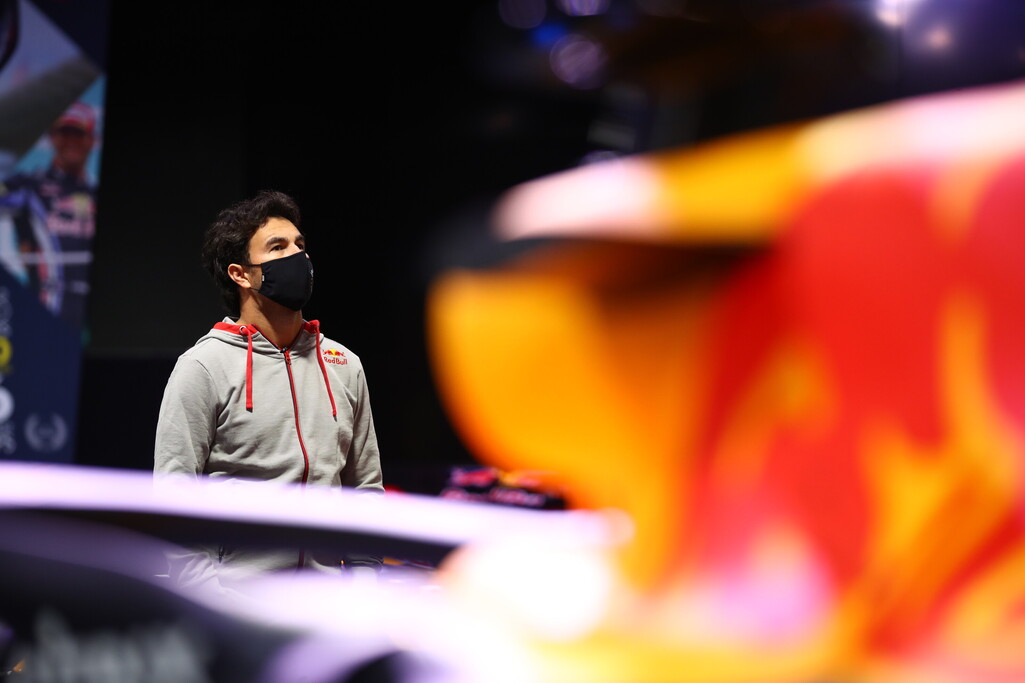 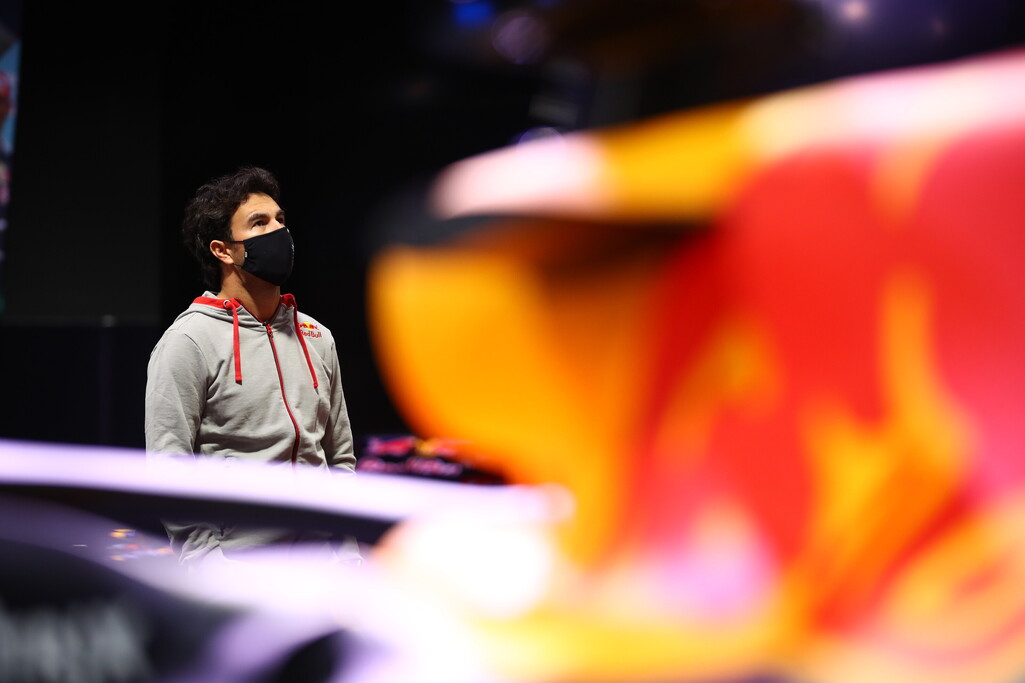 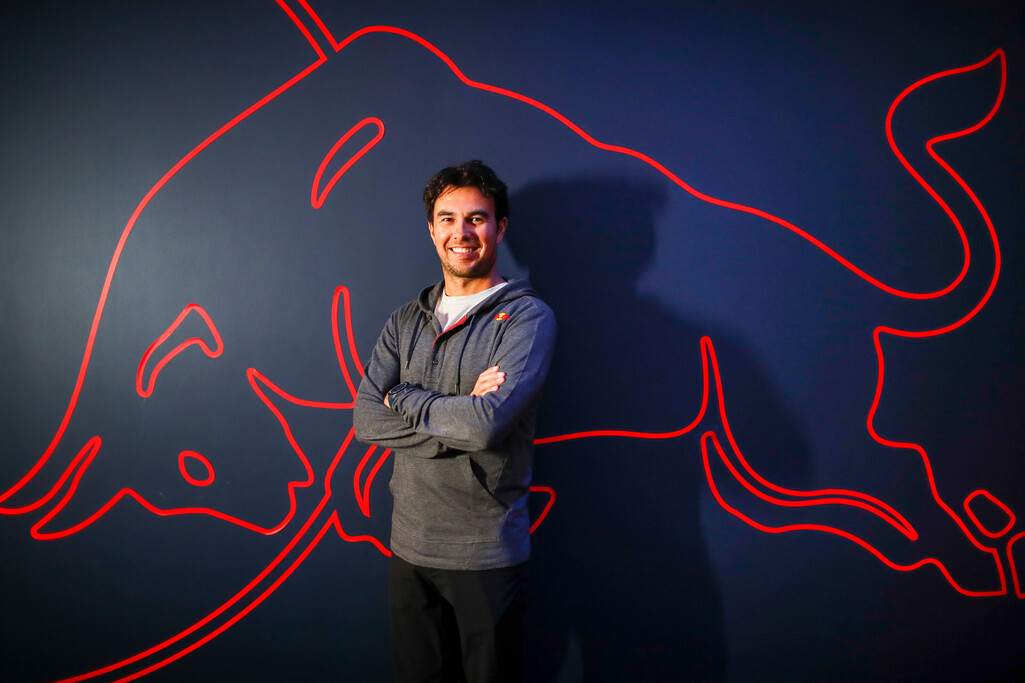 The Bulls are ready and raring to charge into the 2021 season, and our newest Bull Sergio ‘Checo’ Perez sat down to talk to us last week about starting life at Red Bull Racing. There’s no sign of the January blues for Mexico’s most recent race winner as he gets accustomed to our Milton Keynes HQ and the engineering team.

Sergio ‘Checo’ Pérez is no stranger to any Formula One fan. The Mexican driver has been competing at the highest level of motorsport for 10 seasons. As he enters his 11th year as an F1 driver, he knows he’s about to embark on the best opportunity of his career so far.

However, Checo isn’t taking this step up for granted. He has worked hard his whole career and shown true grit since the age of 15 when he left Mexico and moved to Europe because he knew that was the only way he would ever make it to the top…

Back To The Beginning

Checo grew up in Guadalajara, Mexico. And it was his father who first ignited that racing flame. “I got into karting because my dad has always been involved in motorsport. He worked for Adrián Fernández, a Mexican racing driver, and at a very young age, it’s what I saw and what I wanted to do,” says Sergio.

Much like Max and his father, those early days of karting meant a lot of time clocking up miles to get to races. “From a very young age, I was travelling large distances with my dad and my brother. My brother was a racing driver as well. We also travelled with our mechanic and we would often be 10-15 hours on the motorways to the race, the weekend after weekend – that was just in karting,” he explains.

Sergio says that he comes from a very normal family, so it was difficult to think of becoming a Formula One driver, and he knew that would mean moving to Europe if he was going to progress with his dream. He was able to find sponsors, including Mexican business magnate Carlos Slim. “At the age of 15, I came to Germany on a one-way ticket. My dad had some air miles but it was only enough for one way, and it wasn’t enough to fly from Guadalajara. I had to fly from Toluca, which is next to Mexico City, so we had to drive for six hours. My parents dropped me there and I went on my trip to fight for my dream.”

Although Sergio had sponsors to help him race, it didn’t include accommodation or food. But he was in luck, his team boss at the time owned a restaurant. “I told him I didn’t have much of a budget to spend on living and he told me I could live with the chefs above the restaurant. In my time off I actually helped the chefs and they tried to teach me German, but it is how I learned English. I was also eating a lot of wiener schnitzel and apple strudel at the time!”

Those early years were tough for Checo. There was a lot of uncertainty and he was a teenager a long way from home. “There were lots of points where I thought about quitting. I had left my whole childhood behind. My friends, my family and it was very different culturewise,” he explains. “Many times I thought Formula One was just too far and I should just go back home and have more of a normal life. But it was the support of my family that kept me there. Those two years in Germany were very hard from the emotional point of view. I was very lonely. It was busy in the week, but the race-free weekends felt very long. I guess at that time it was the determination that kept me there – I believe that with determination and with passion you can achieve your goals.”

Checo got his break in Formula One by signing for Sauber for the 2011 season. “It was special, I’d worked my whole life for it. My first season was pretty cool,” he says. And he impressed instantly finishing seventh in his debut race in Australia. He was the only driver that race on a one-stop strategy and showed great skill with his tyre conservation.

Although impressing early on, it wasn’t always easy for the Mexican, “There was a lot of learning, all of a sudden you have 15 engineers and you are giving feedback for every single bit, it’s quite a big change. You also realise that interest in you grows, because you’re in the spotlight.”

After two years at Sauber, Checo moved to McLaren but was in an underperforming car and it wasn’t the big move he was hoping for. Then for the 2014 season, he moved to Force India (which became Racing Point and is now Aston Martin), where he competed until joining Red Bull Racing for the 2021 season. In that time he’s claimed 10 podiums, four fastest laps and a maiden win last year at the Sakhir Grand Prix. “It’s crazy to think that this will be my 11th season in Formula One, but I tell you, man, they go very fast,” he says.

Now that Checo is driving for Red Bull Racing, he knows there will be pressure to perform, but he also knows this is his best opportunity to become World Champion. “It’s a fantastic brand. Of all the teams in Formula One, I thought there was no chance for me to join it because I wasn’t part of the junior programme, but when the opportunity came I took it. It’s a dream come true. When I put my Red Bull shirt on or drink a can, I think ‘wow, this is the brand I drive for!’ It’s amazing and hard to imagine. It’s an opportunity that I have worked so hard for – for more than 15 years. I think it’s come at the right time, I’m ready for that and I will grab it with both hands.”

I hope we’re going to have a really good season and it’s the only way I can repay Mr Mateschitz, Dr Marko, Christian, Adrian and all the Team. Nobody before has given me the chance to be in a big team. We’re going to hear the Mexican national anthem many times next year I hope!

Checo has worked with Christian before at the Arden International GP2 team in 2009. “I worked with Christian and his dad, I drove for him in my first season in GP2. It’s crazy to think after 12 years we’ll be working together again. I admire Christian a lot. First of all, he’s a fantastic person to have around you, and he’s also a great team leader, there are great times ahead of us.”

Sergio is proud of his achievements so far in his career, but he knows that the work is only just beginning. “I am always pushing to the maximum and last year I finally had a car that I could show a bit more and people saw what I am capable of, but now is my big opportunity. I have to go onto the next step in all aspects and I think I’m ready for it. The only thing I was lacking was the opportunity. Now I have it, it’s up to me to make it work. I’m going to make sure I overdeliver. If we have a car that can win the championship, I’ll make sure we win it. And if not, and we only have a car that’s good enough for the third I will make sure that we finish second.”