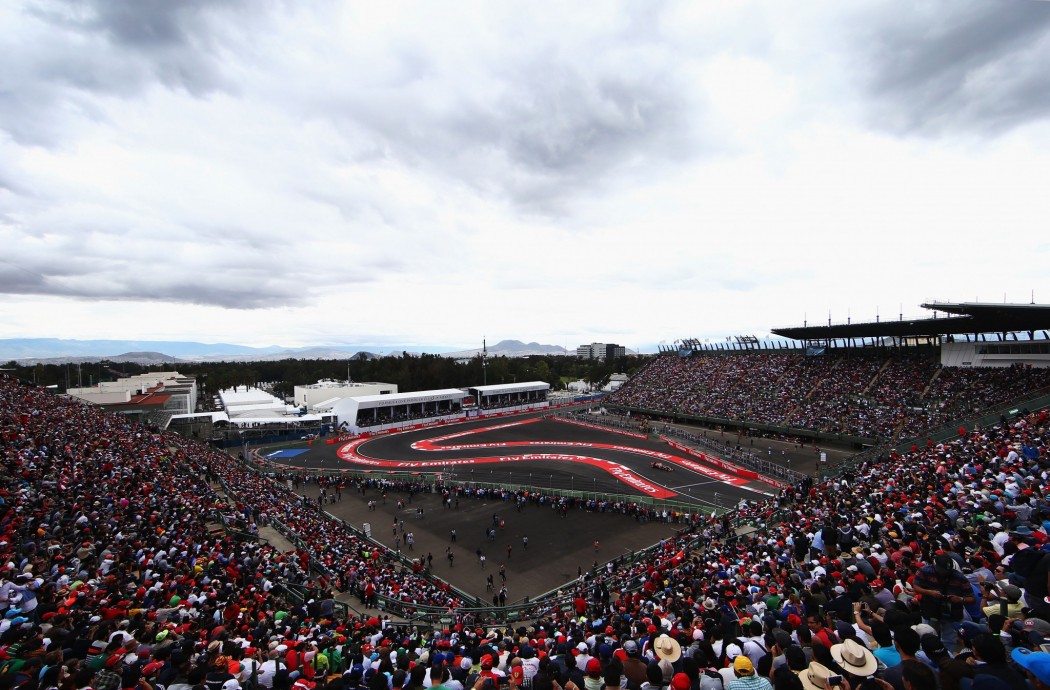 Fans at the Mexican GP 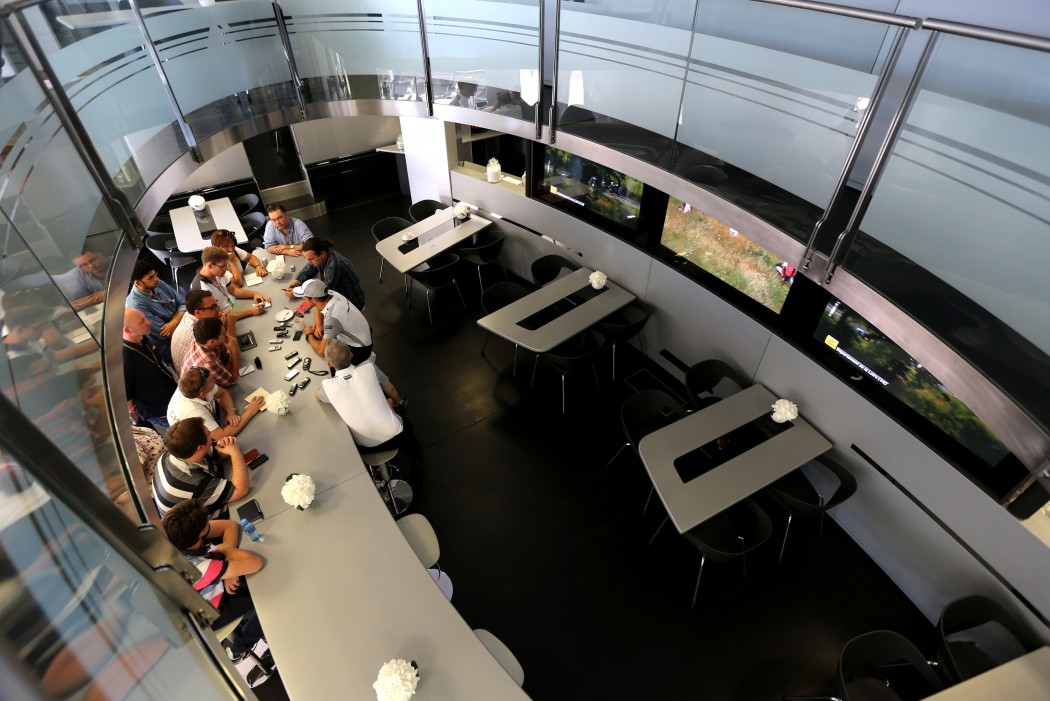 Jenson Button of McLaren F1 with the media. 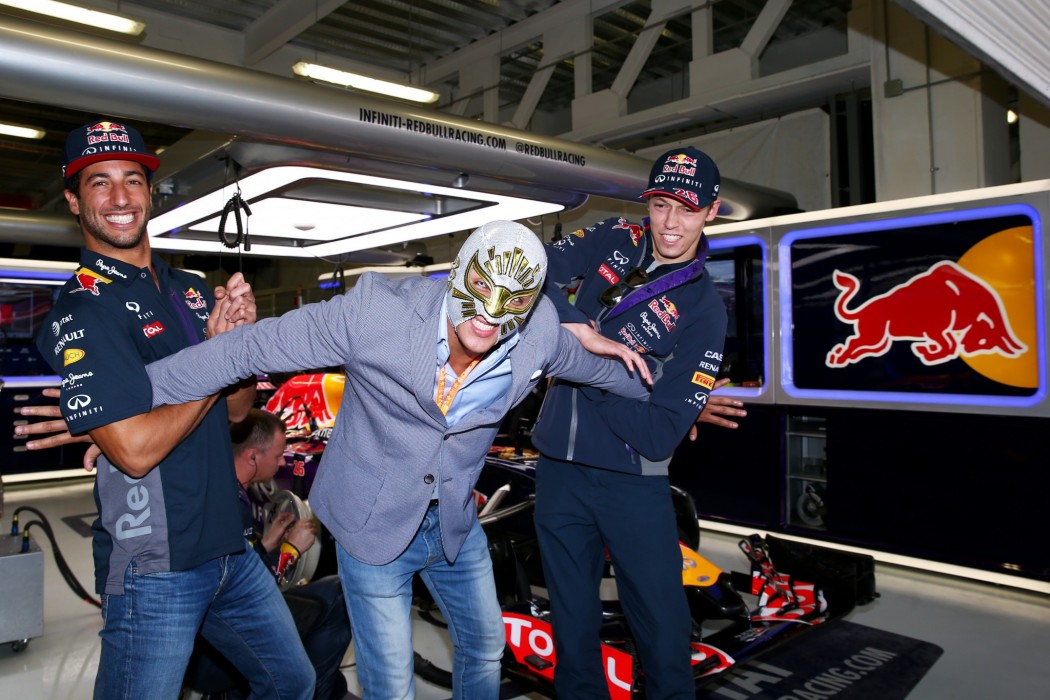 Daniil Kvyat and Daniel Ricciardo pose with wrestler Mistico at the Mexican GP. 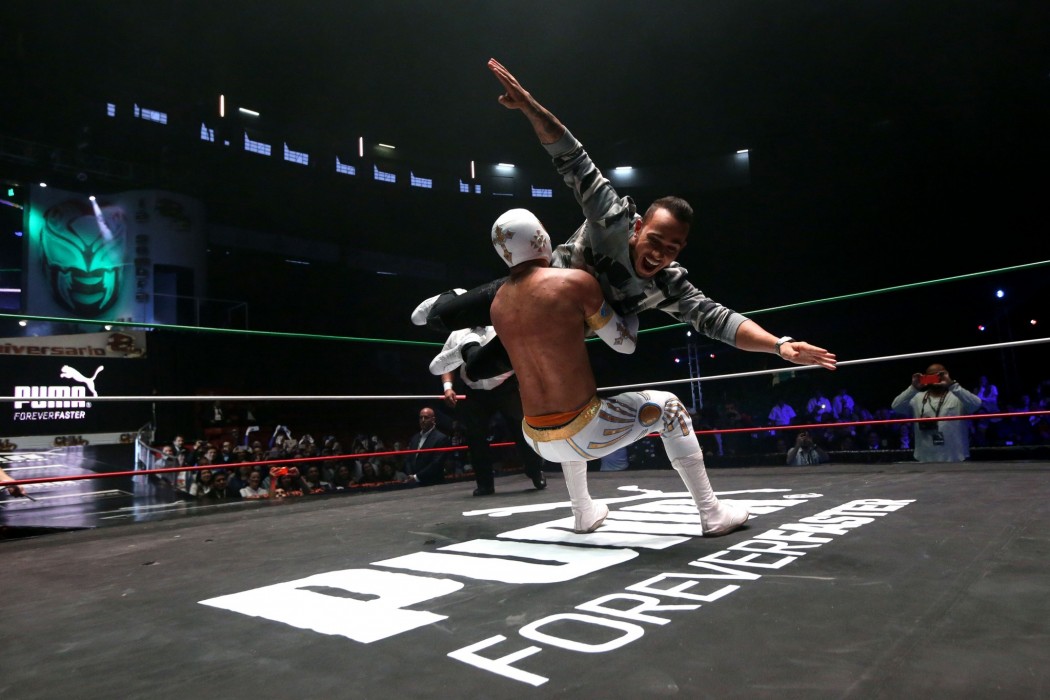 Lewis Hamilton in a wrestling ring

Formula 1 has finally embraced social media this year, but the sport still has a long way to go. What did Juan Manuel Fangio eat for breakfast? Did Ayrton Senna sing in his car? It’s questions like this that no one ever thought they’d want to know, but in 2015 we all know exactly what each driver is doing thanks to social media.

At time of writing, 28,000 people have liked a video of reigning world champion Lewis Hamilton eating some toast and thousands did the same on Daniel Ricciardo’s car jams. Drivers are using social media to gain new fans and attract sponsors, and Formula 1 should actually be doing the same.

Social media is already changing Formula 1. Is this for the better? Absolutely! The sport has a perception of being an affair for the privileged and being able to connect with the drivers and teams from your own home is helping break down previous boundaries and giving fans great access they previously didn’t have.

When you see the likes of NASCAR and the WEC sharing video highlights during a race weekend, you can’t help but feel that Formula 1 has been left behind in this new social media revolution.

Formula 1 has a tremendous following on Twitter, you only have to look on the left of your computer screen to see how the sport dominates the trend topics on a Grand Prix weekend.

It’s been that way for years, but finally, this year Formula 1 opened its eyes to the power of social media. The previously unloved @F1 Twitter account finally started to become active, a light-hearted and often witty Instagram account provided a refreshing change from the stern and serious side that the sport has been known for, and last but definitely not least, a YouTube account:

Currently YouTube stands as the second most popular site in the world after Google, with an estimated one billion people getting their video fix each month. So when there’s a sport that desperately wants to promote itself and its sponsors, surely YouTube would be the ultimate platform? Well, sadly, that’s not always been the case.

Formula One Management are renowned for a no-nonsense removal of any kind of Formula 1 video content on the Internet, even removing videos shot by fans sharing their experience from track side.

With Formula 1’s official YouTube channel now up and running, it does at least allow fans – new and old – to see some of the sport’s greatest moments, but again, there’s a lot more that can be done.

Think what it could do for Formula 1’s popularity if the sport’s epic moments were shared on a site like Buzzfeed? A website that now receives over 200 million unique visitors each month. A person who currently dismisses Formula 1 as ‘boring’ might change their tune if they saw the final moments from the 2008 Brazilian Grand Prix or Mark Webber’s spectacular crash from Valencia back in 2010.

Formula 1 always prides itself as being the pinnacle of motorsport, but when you see the likes of NASCAR and the World Endurance Championship sharing video highlights during a race weekend, you can’t help but feel that Formula 1 has been left behind in this new social media revolution.

If the sport is struggling to fill grandstands, gain sponsors and attract new fans, then surely there’s no better way to do it than to push their social media presence that step further?