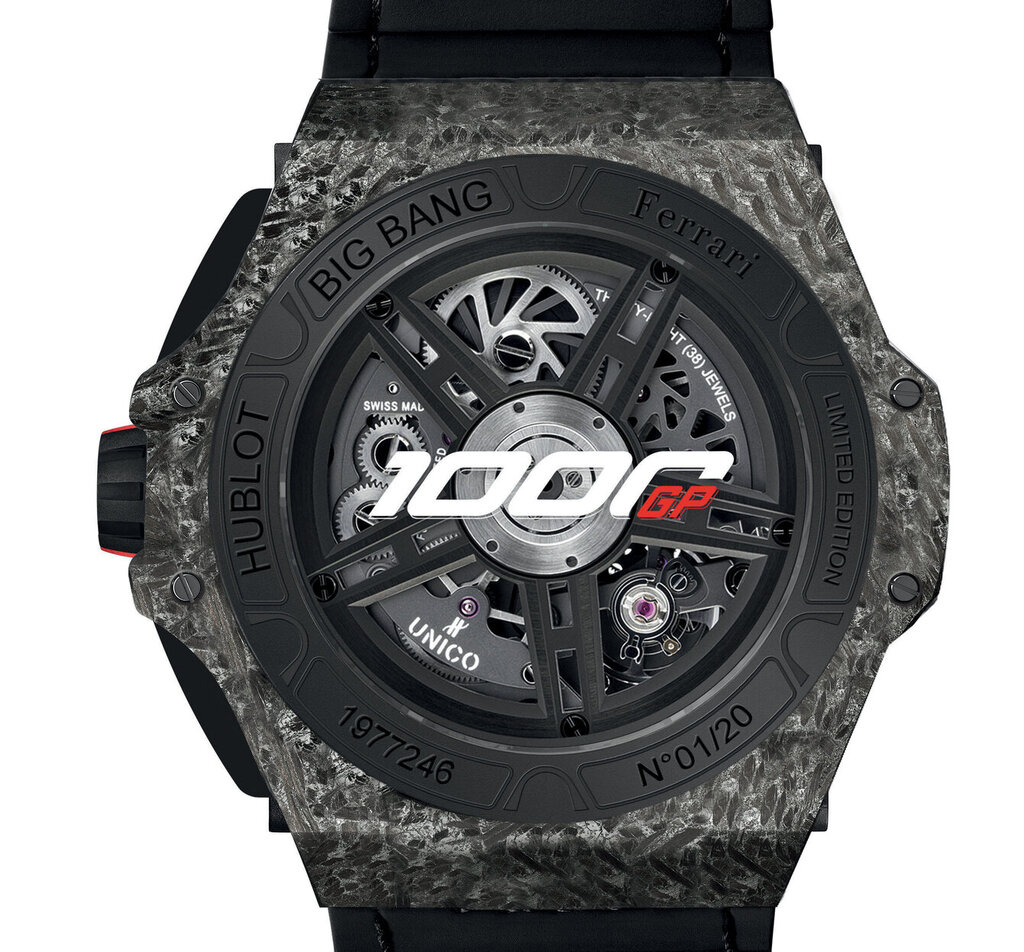 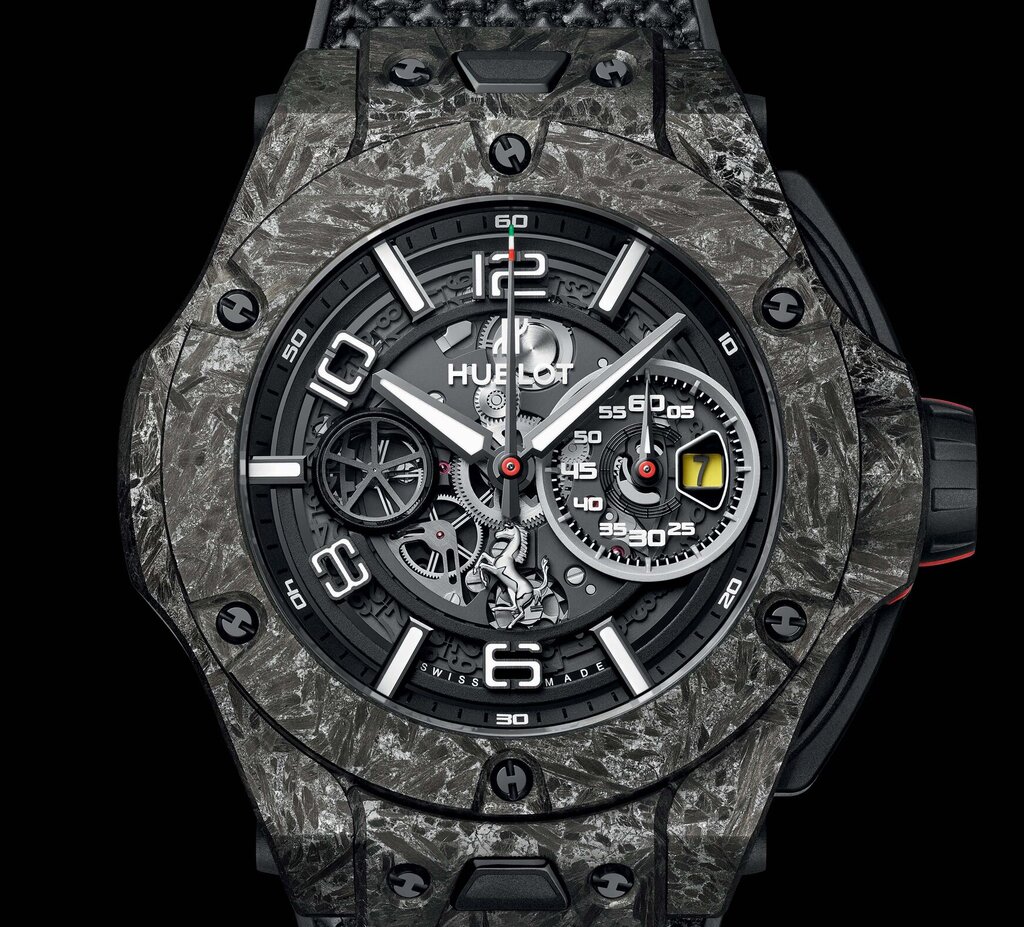 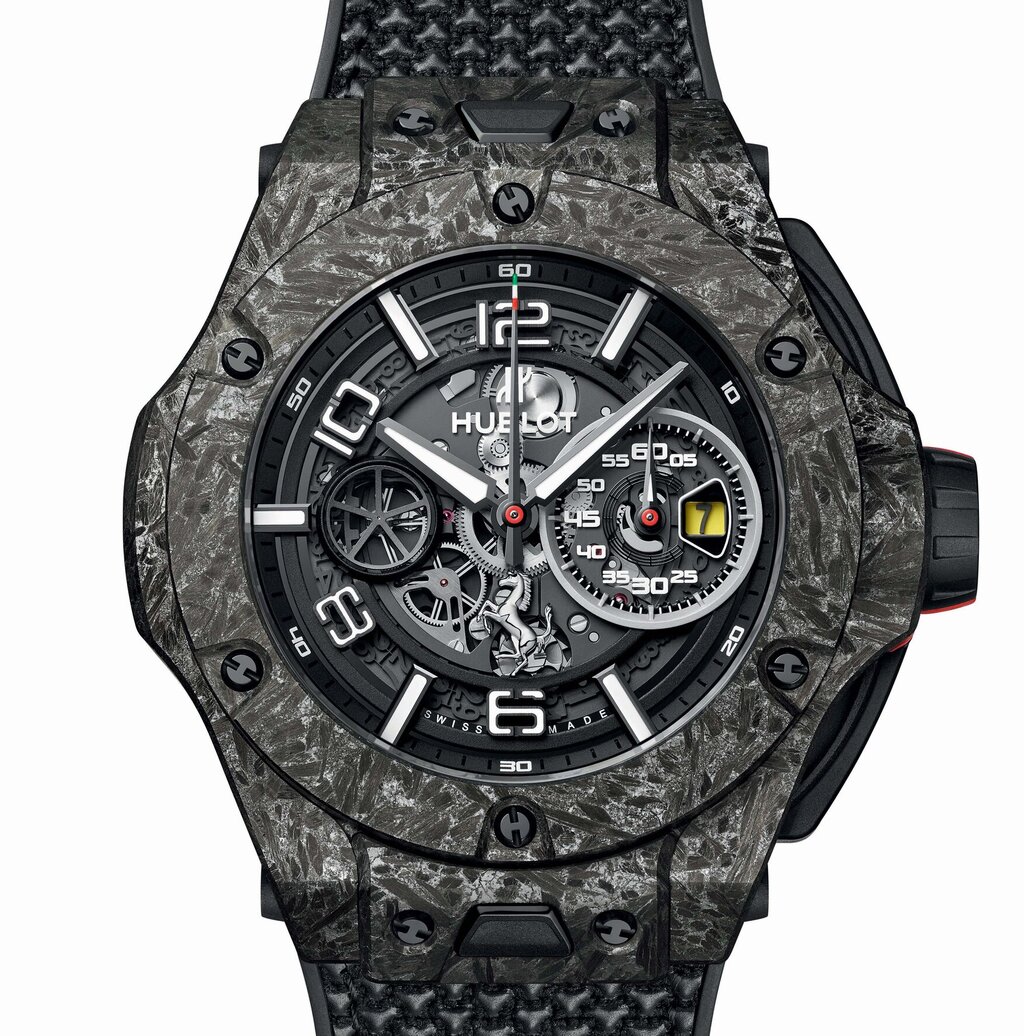 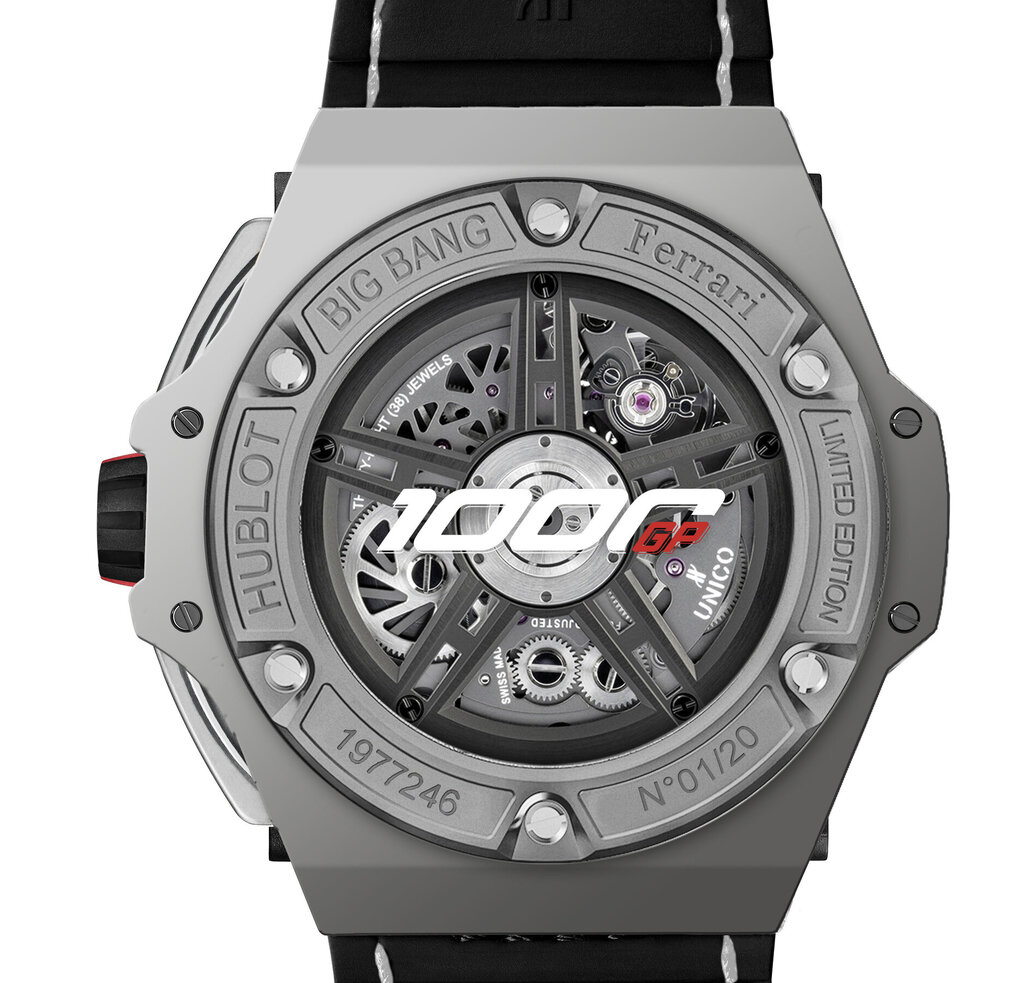 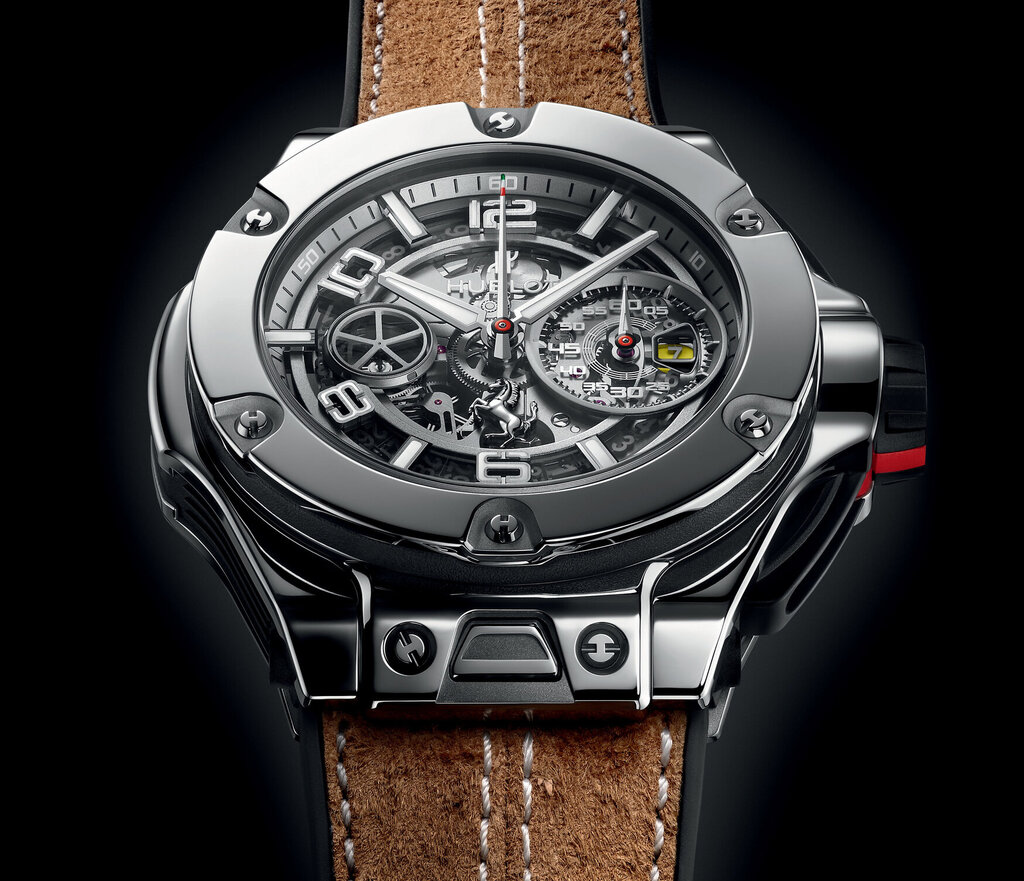 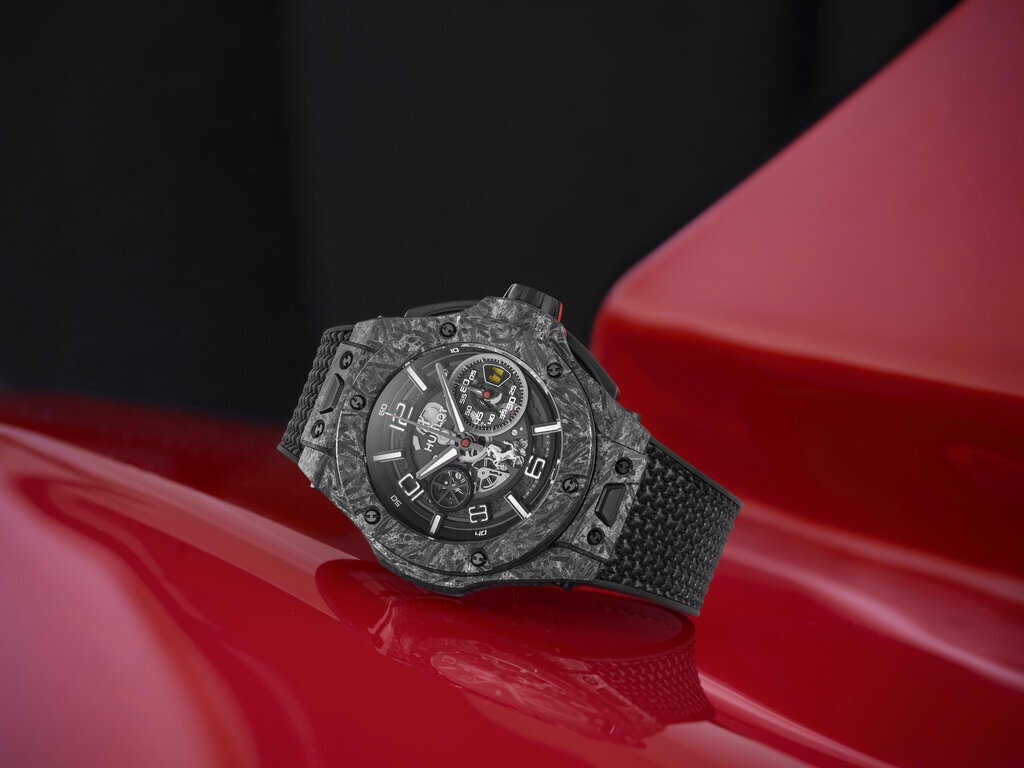 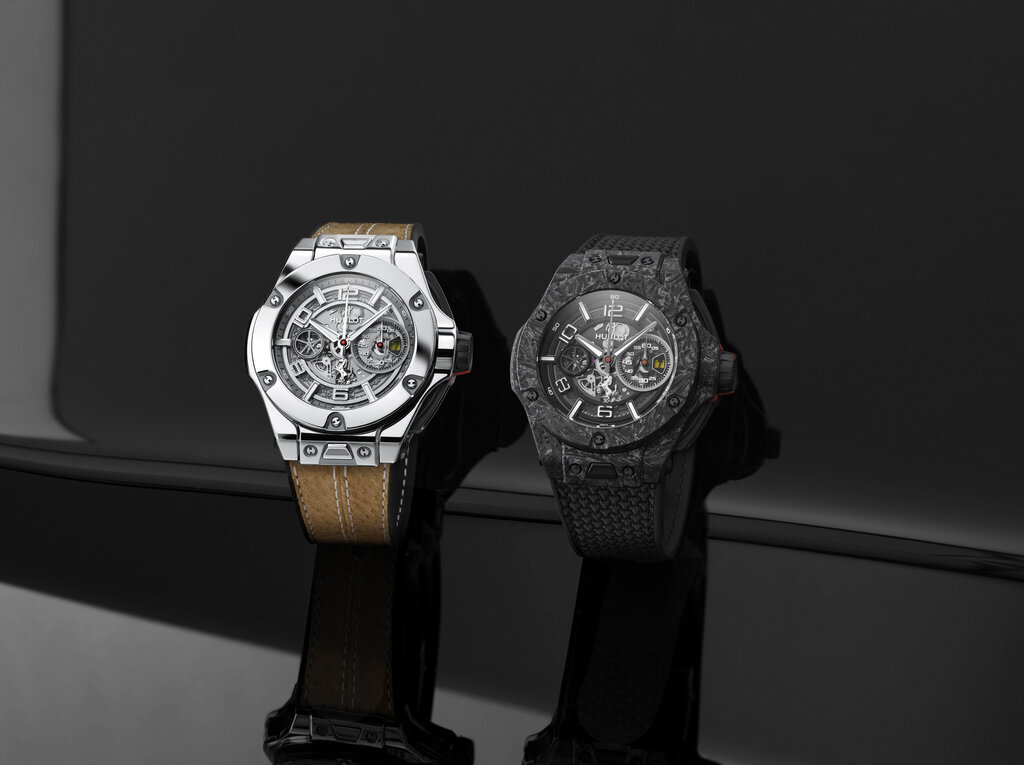 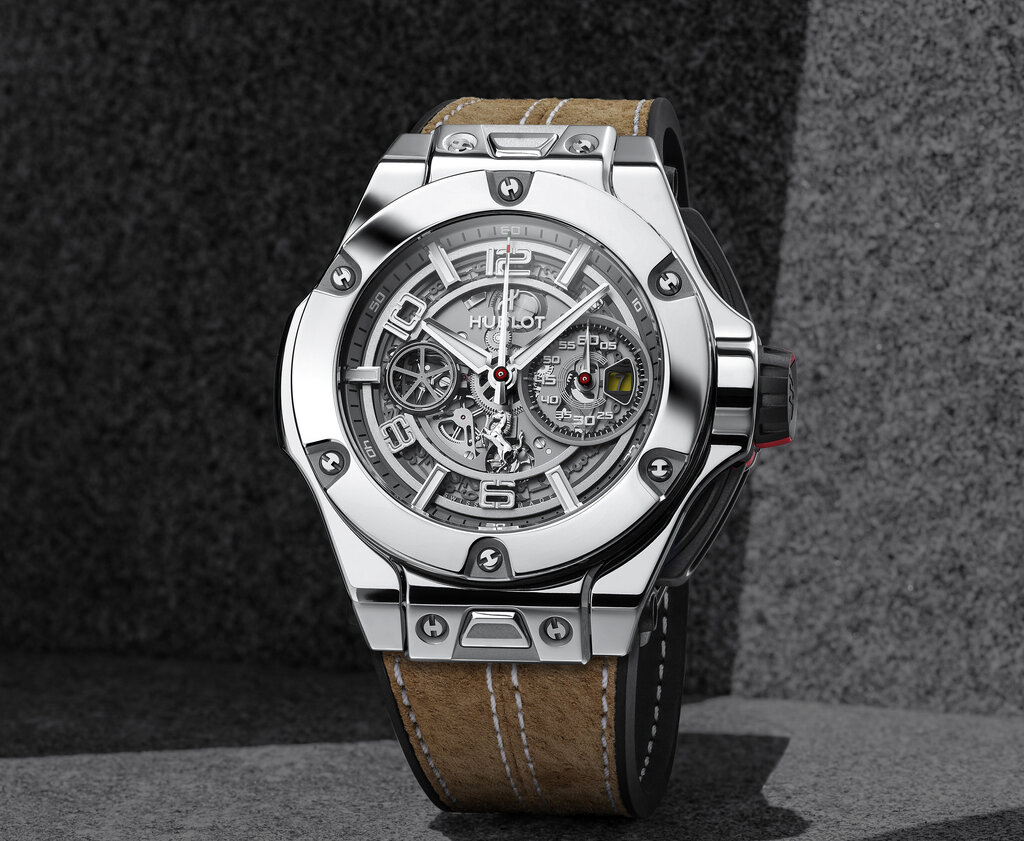 In the year that the Formula 1 World Championship celebrates its seventieth anniversary, the weekend of 13 September saw Scuderia Ferrari take part in their 1000th Grand Prix. The celebration took place on home soil, with the race held at the Mugello circuit in Italy. Hublot celebrates Scuderia Ferrari as the only team to have taken part in every World Championship Formula 1 race since it was established in 1950, a true leader in the world of motorsport.

The collaboration between Hublot and Scuderia Ferrari dates back to 2011 – a strong collaboration both on a personal and technical level has led to the creation of a series of models that embody the constant quest for innovation, excellence and performance, values that unite the destiny of the two brands. A true Art of Fusion that continues today with the release of the Hublot Big Bang Ferrari 1000 GP. Available in two versions, the watch pays tribute to both the glorious history of Scuderia Ferrari and its role at the leading edge of advances in technology. These are released in two limited editions of 20 pieces: 20-20, to reflect the landmark year in which the brand is set to take part in their 1000th race.

Since 2011, Hublot has worked closely with Scuderia Ferrari, the greatest team in the history of motorsport. And it is with this in mind that we pay tribute to this incredible celebration of 1000 races at the Formula 1 Grand Prix, in the same year that our brand celebrates its 40th anniversary.

The first of the two limited editions honour the legend of the prancing horse and represents the brand’s heritage. Made from polished white gold, its 45 mm case bears the engraving “Limited Edition x/20” on the back. It is delivered with two straps that are easily interchangeable thanks to Hublot’s ingenious and exclusive patented One-Click system. The first is created using Pecari leather – like the leather gloves previously worn by drivers – with white topstitching and lined with black rubber for greater sturdiness and comfort. The second is made from embossed black Schedoni leather with black topstitching, on the same rubber base.

The second edition represents the present and the future of Scuderia Ferrari. With a diameter of 45 mm, its case is created from carbon-ceramic. This material is both incredibly hard and extremely durable, and there is a reason for this: it is exactly the same as that used for the car brake discs. This cutting-edge technology was developed by Hublot jointly with Scuderia Ferrari. This second version is fitted with a woven strap made from SuperFabric® as well as a second leather strap made from embossed black Schedoni leather with black topstitching on a black rubber base.

Scuderia Ferrari is celebrating its 1000th Grand Prix at the Mugello circuit. To reach this milestone at an Italian race track will make the event even more special, and we are delighted to share our celebrations with our partners and friends from Hublot, with the presentation of the Big Bang Ferrari 1000 GP.

Both are equipped with a Hublot Unico Manufacture movement – although engine would be more fitting here – integrating a flyback chronograph with column wheel and a power reserve of 72 hours. The mechanism can be admired through the crystal on the back of the case, which bears the logo “1000 GP”.

Each will be delivered in a presentation box fitted with a rotor, a mechanical device that automatically winds the watch movement as it rotates. An outer case contains a pair of driving gloves, one of which is signed by Charles Leclerc and the other by Sebastian Vettel, Scuderia Ferrari’s current drivers.

Watch enthusiasts wanting to purchase the collection of both these models will receive a special presentation box, with a twin-rotor, containing two travel pouches – one for each watch – as well as pair of driving gloves also signed by both drivers and displayed under glass.

Great pictures! It's a shame Ferrari can not put their thing together this year.