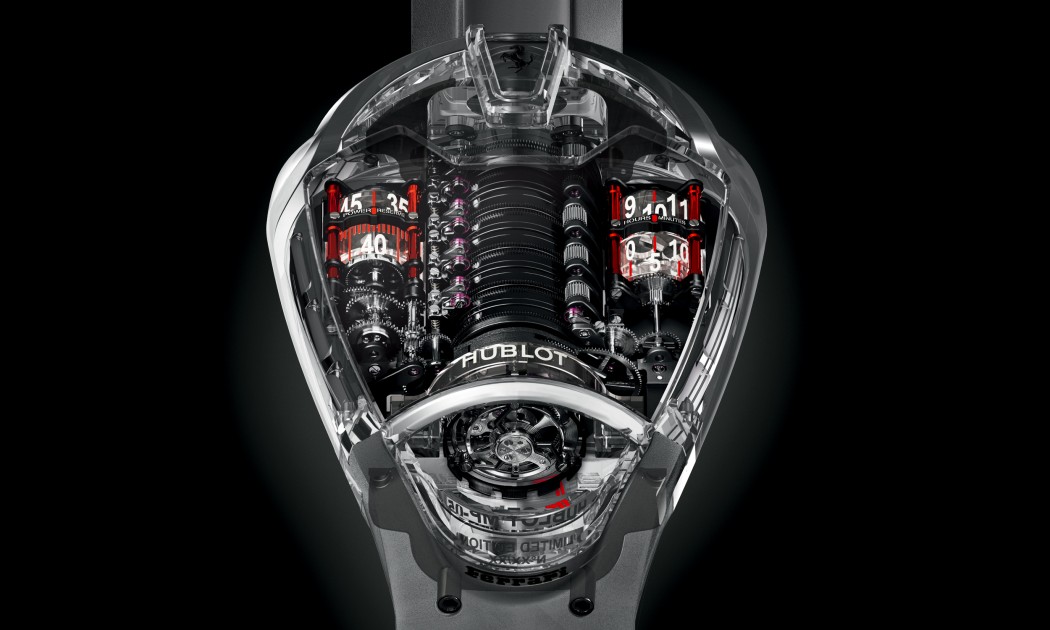 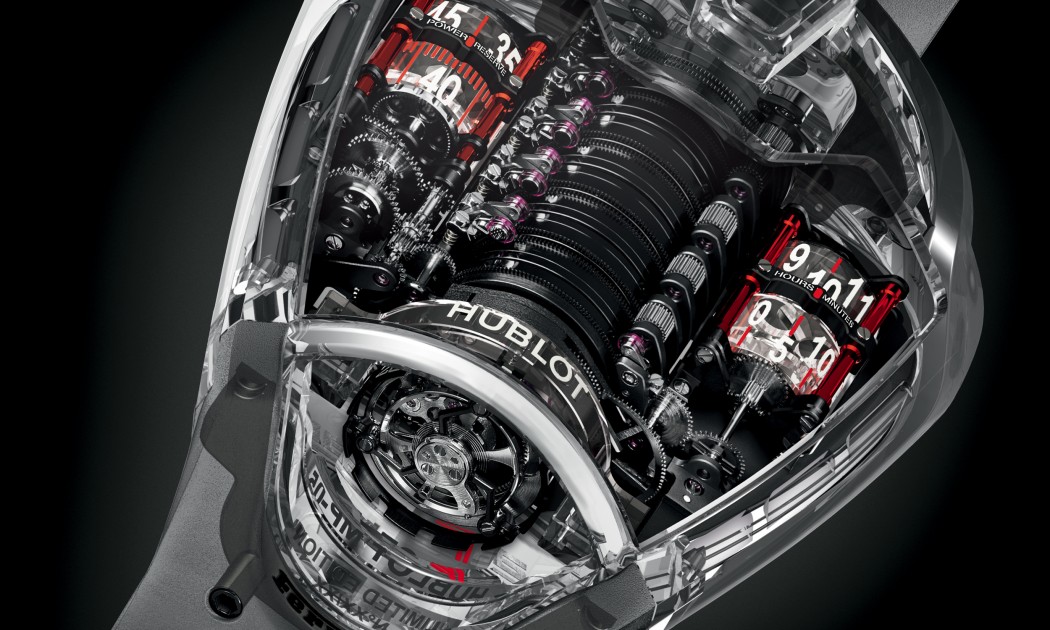 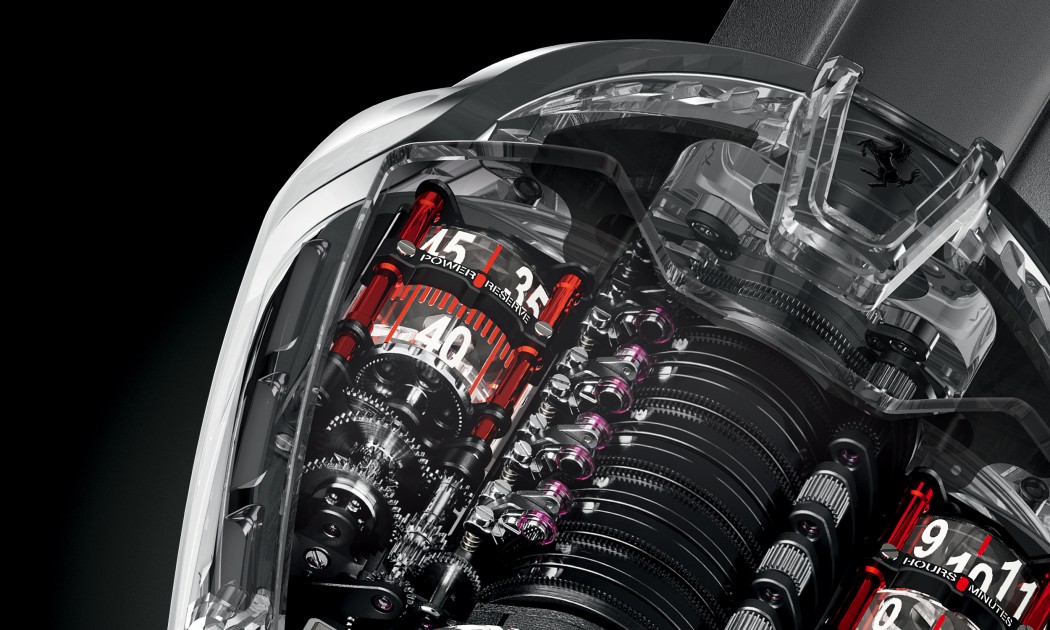 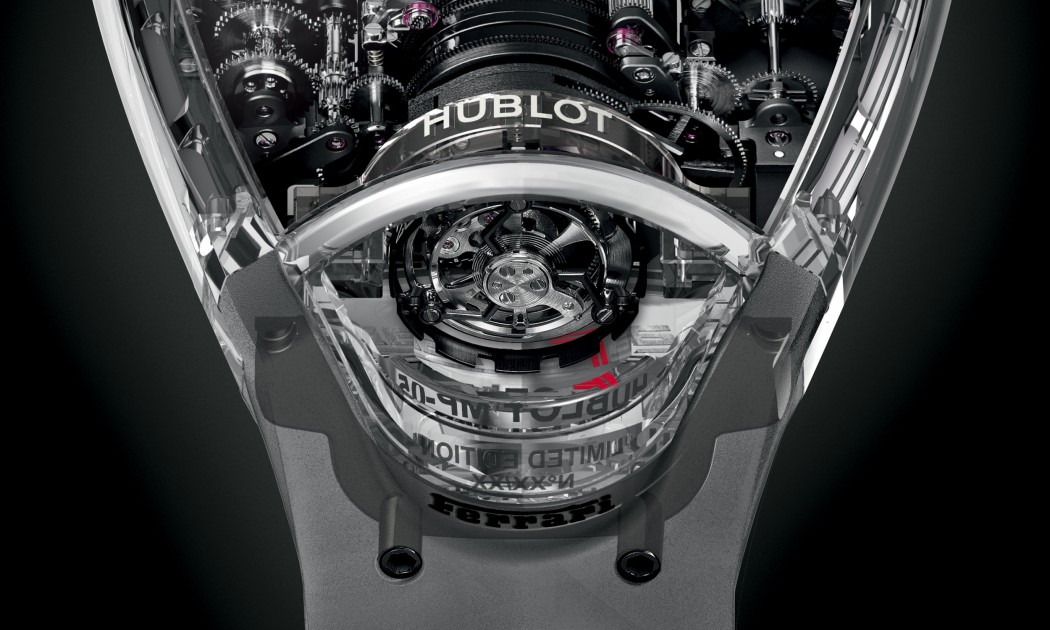 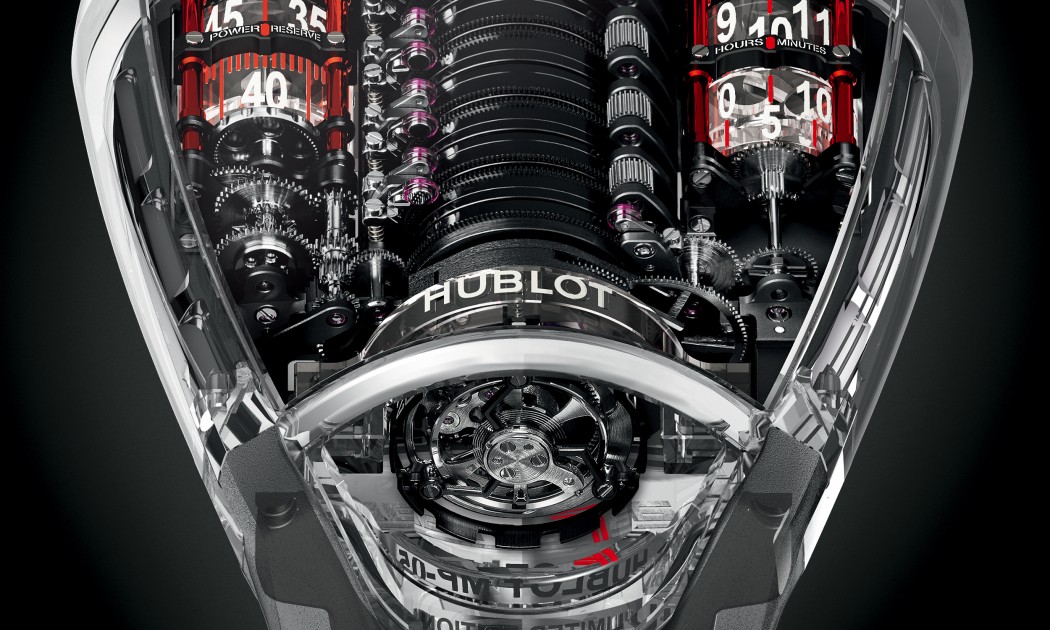 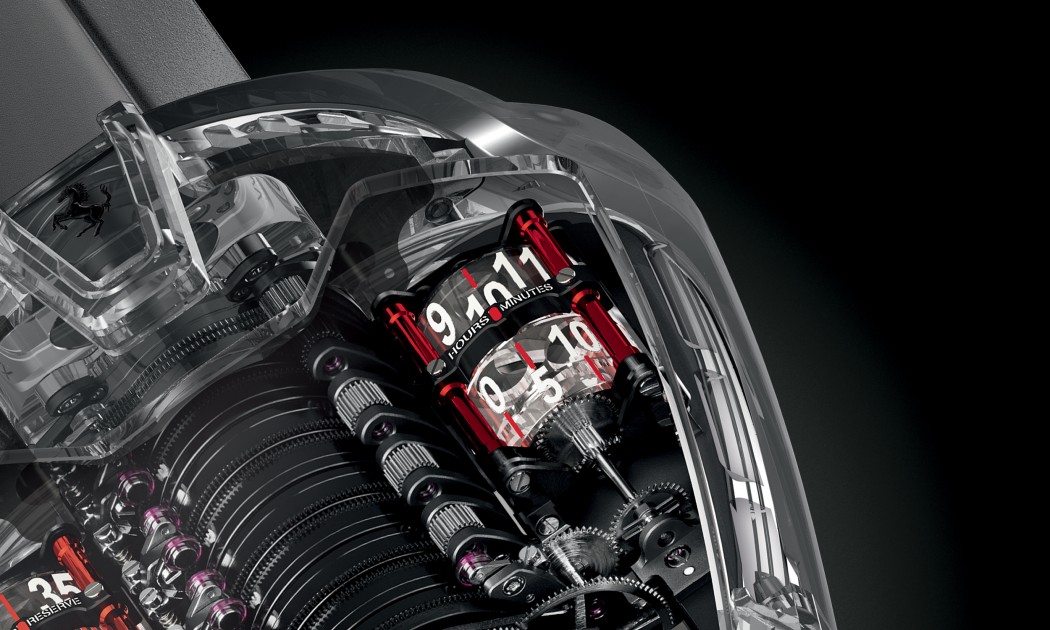 While the original design of the MP-05 “LaFerrari” was created to show off the beauty of its movement, its alter ego – with its case carved out of sapphire – is a movement which appears to be literally suspended in mid-air. All the details of this record-breaking movement can be admired from all angles. With the MP-05 “LaFerrari” Sapphire, Hublot takes us into a supernatural world. A material presence which is almost intangible.

The story behind the myth

Unveiled in 2013, the MP-05 “LaFerrari“, created as a tribute to the eponymous supercar, showcased its unique and ultra-complex architecture. The lines of the MP-05 LaFerrari are the result of close collaboration between the designers and watchmakers working on the Hublot movement and Ferrari’s design director, Flavio Manzoni. The movement itself was fully designed, developed and produced by the Hublot Manufacture engineers and watchmakers. A record-breaking technical feat. Its tourbillon boasts an impressive 50-day power reserve – thanks to its 11 series-coupled barrels set in a spine formation down the centre of the watch. Its movement broke the record for the highest number of components for a Hublot movement to date – 637 in all. Boasting a futuristic design, the construction showed off the bold shape of its movement, even in its original version.

The fusion of art and technique

With the MP-05 “LaFerrari” Sapphire, Hublot is writing a new chapter in the history of the brand. The three-dimensional construction of the case middle, in sapphire, provides an exceptional setting for the movement. The movement can now be admired from every angle. It appears to be suspended in mid-air in this bespoke setting carved from sapphire. In fact, this movement finally has the sculptured bodywork it deserves! An ambitious project. The sapphire case middle is composed of 7 components machined from 7 blocks of sapphire and involved over 600 hours work. Carving the case’s ultra-complex architecture out of sapphire using 3D machining presented a further challenge. The result of 18 months’ development weighs, a 53.5 grams case on the wrist.

The mechanics of time ticking by, in full view

Revealing its hypnotic nature, the HUB9005.H1.PN.1 movement features 637 components and a suspended vertical tourbillon. The bridge of the movement even bears the word “Hublot“, which the engineers carved into this transparent material, the hardest after diamond. In its vertical position, the small second is displayed via a transparent cylinder fixed on the suspended tourbillon cage. The hours and minutes positioned to the right of the barrels, and the power reserve to their left, are also displayed via transparent cylinders.

A timepiece which plays with the visible and the invisible. Eye-catching. Surprising. Thought-provoking. Its apparent invisibility is so fascinating that it makes it a highly visible and desirable object.

Today the All Clear concept pays tribute to our proprietary calibres and to all the
watchmaking expertise that Hublot has developed over the last decade. “Visible invisibility”, a philosophy which has culminated in success for Hublot

Complementing its exceptional design, the MP-05 “LaFerrari” Sapphire is teamed with a transparent silicon strap, with a clasp which also features components carved from sapphire. In keeping with the ultra-futuristic look of this timepiece, the watch is wound by a mechanism using a miniature power drill, modelled on the tyre-changing tool used in Formula 1.

A rare timepiece limited to 20 pieces, the MP-05 “LaFerrari” Sapphire is already a collector’s item.