Hype Energy and Sahara Force India will continue their successful partnership throughout the 2017 season.

The branding will be shown off when the VJM10 is presented to the world on Wednesday afternoon with Hype Energy logos around the cockpit, on the rearview mirrors, and on the rear wing endplates. Additionally, the Hype Energy logo will be on the drivers’ racing suits, team apparel and team caps.

The extended partnership reflects the success of the collaboration over the last two years as Hype Energy expands into new markets. Formula One is part of Hype Energy’s heritage thanks to current CEO, Bertrand Gachot, who is a former Formula One driver.

Vijay Mallya, Team Principal and Managing Director, Sahara Force India: “We enjoy a fantastic relationship with Hype Energy and I’m delighted we are continuing the partnership for a third season. Their brand fits perfectly with the high energy lifestyle of Formula One and they always come up with exciting activation ideas, such as the special edition Force India can we created last year. 2017 promises more of the same with great results on and off the track.” 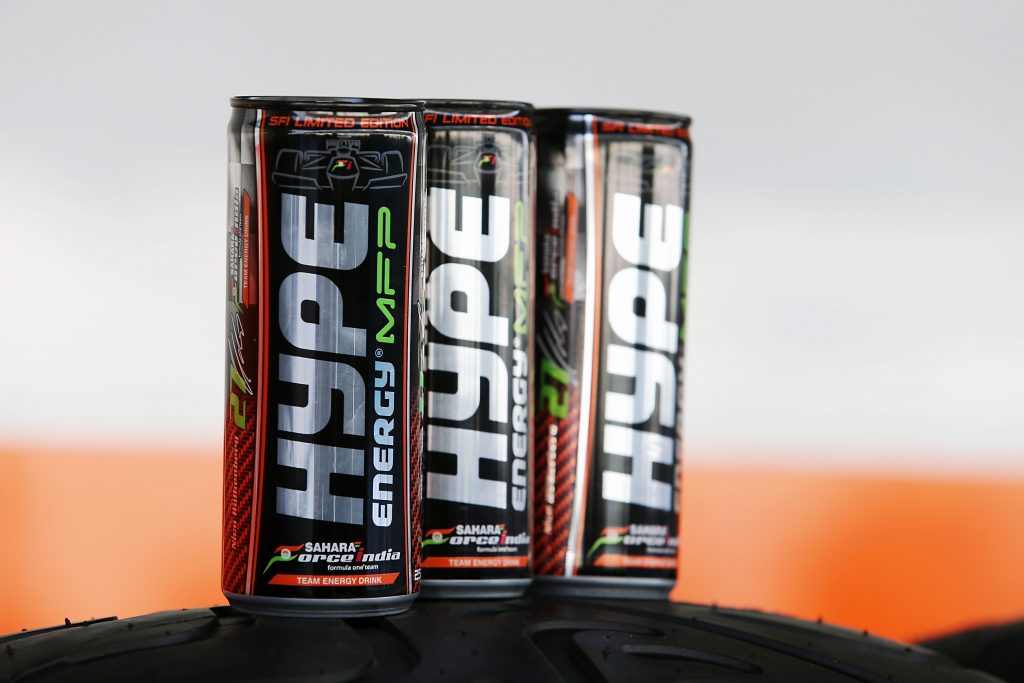 Bertrand Gachot, CEO of Hype Energy Drinks: “Our partnership with Sahara Force India has been a real success story. The team achieved so much last year and the 2017 season looks very exciting. As a former driver with the team, I’m proud and excited to continue to be part of their story as a sponsor.

To be able to work alongside old friends is an immense pleasure. We’re thankful to Vijay and Otmar, who gives us the freedom to try innovative ideas that take our brand to the next level. Since we started the partnership, the Hype Energy brand has grown and we’ve been able to increase our distribution networks. Extending the partnership for the third year was an obvious choice and I’m excited to see what the 2017 season has in store.”

Hype Energy is a functional drinks brand that was first launched in 1994 by Hard Rock Cafe founder, Barry Cox. The current CEO, former international Sportsman, Formula One racing driver and 24 Hours of Le Mans winner, Mr Bertrand Gachot, has been involved with the brand since 1997. The Hype Energy range includes Hype Energy MFP, MFP Sugar-Free, UP, Enlite, MOJITO, AfterDark and 60mL Shot. Hype Energy drinks are currently available in over 45 countries, with trademarks registered in more than 145 countries. The company head offices are located in Dubai, with branches in Europe and the USA.