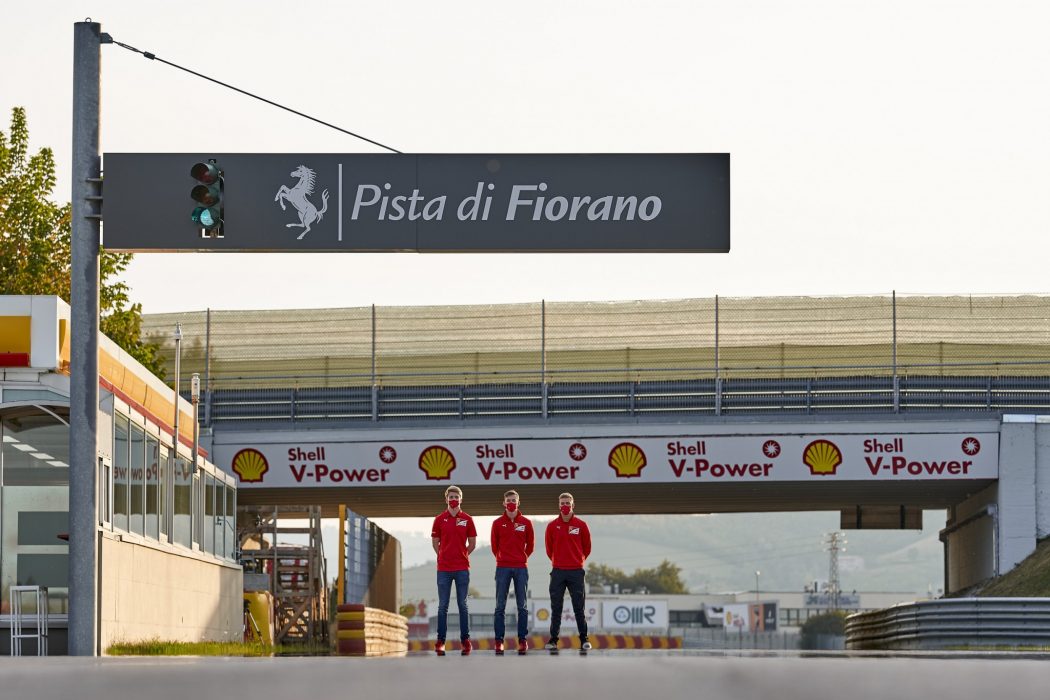 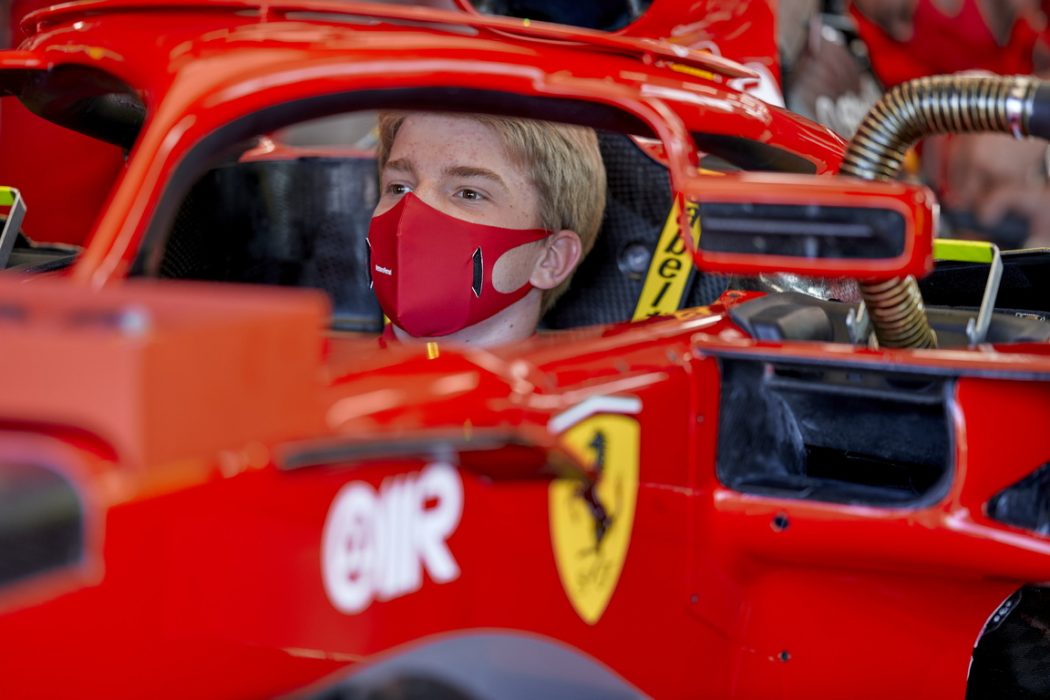 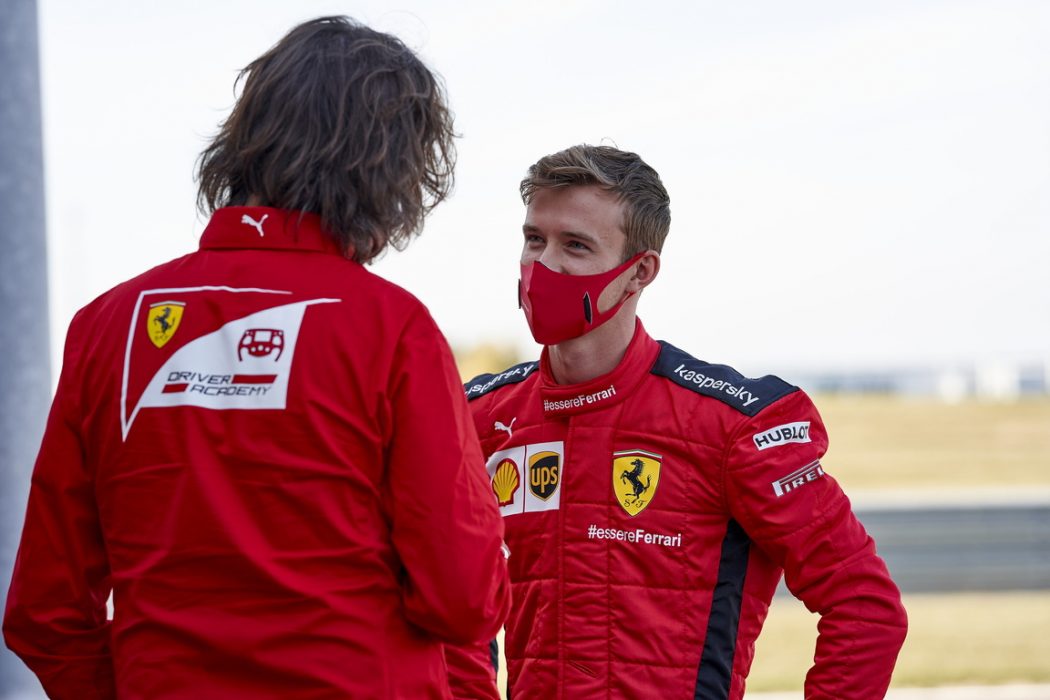 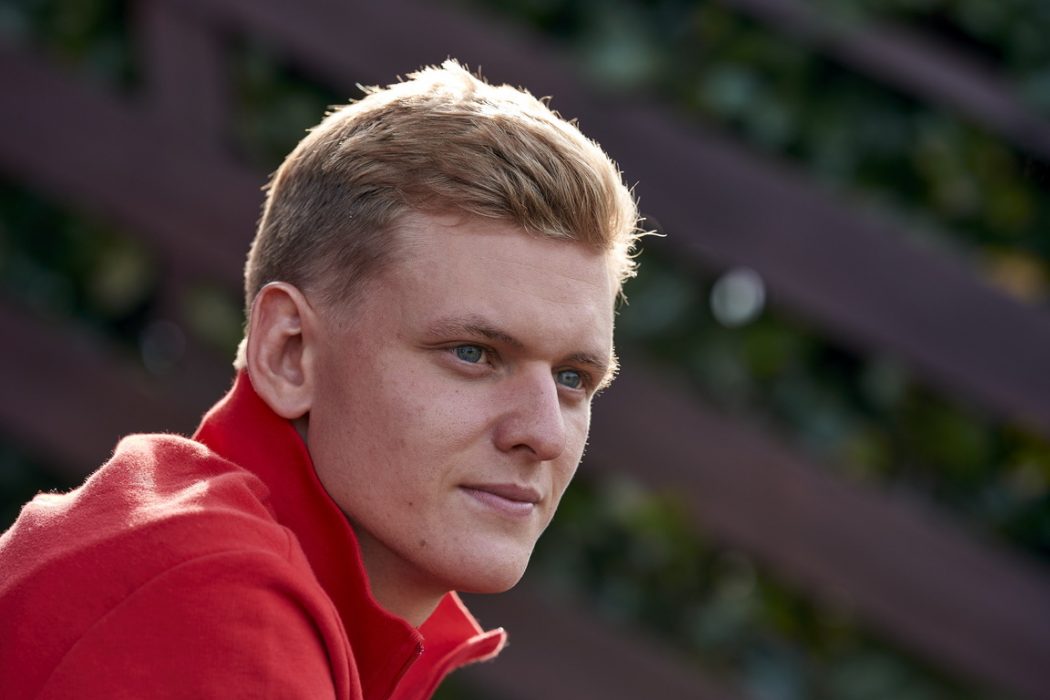 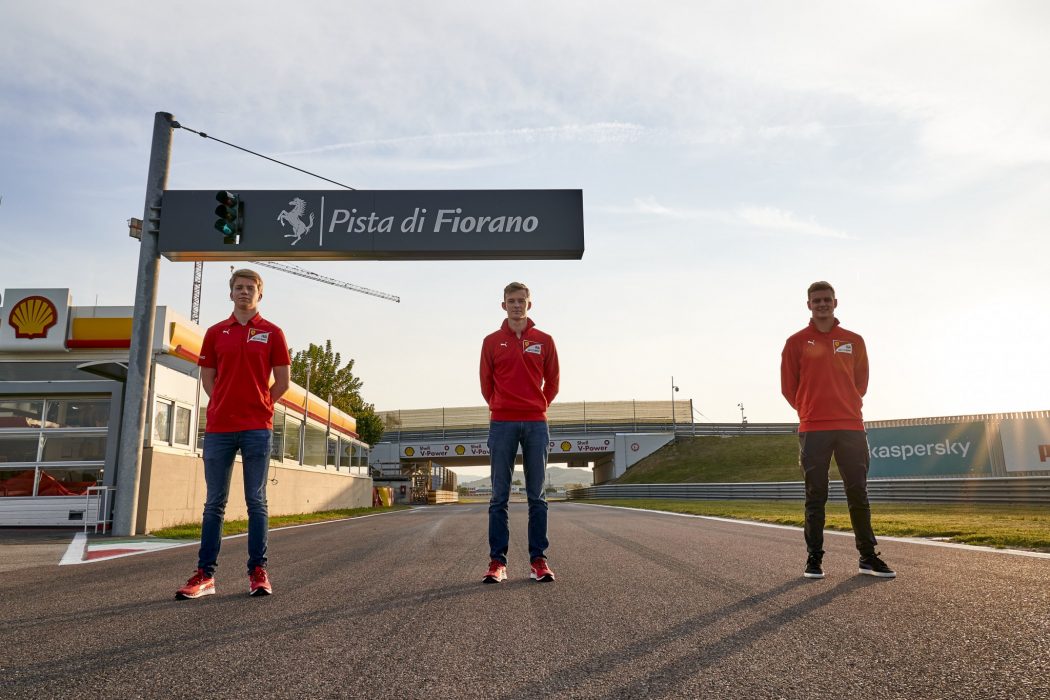 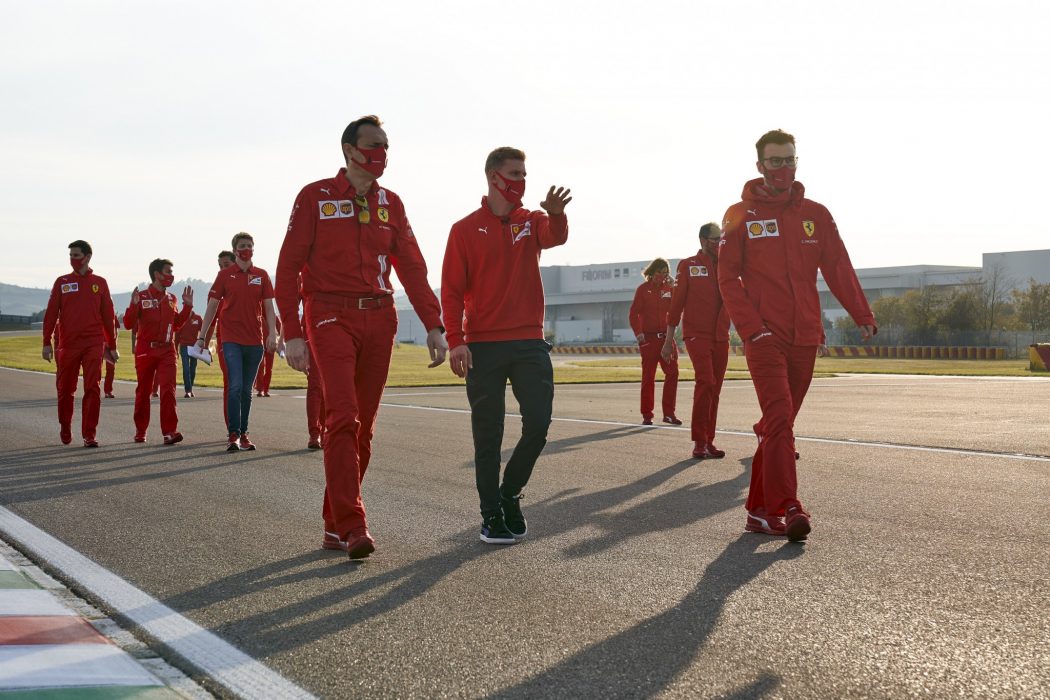 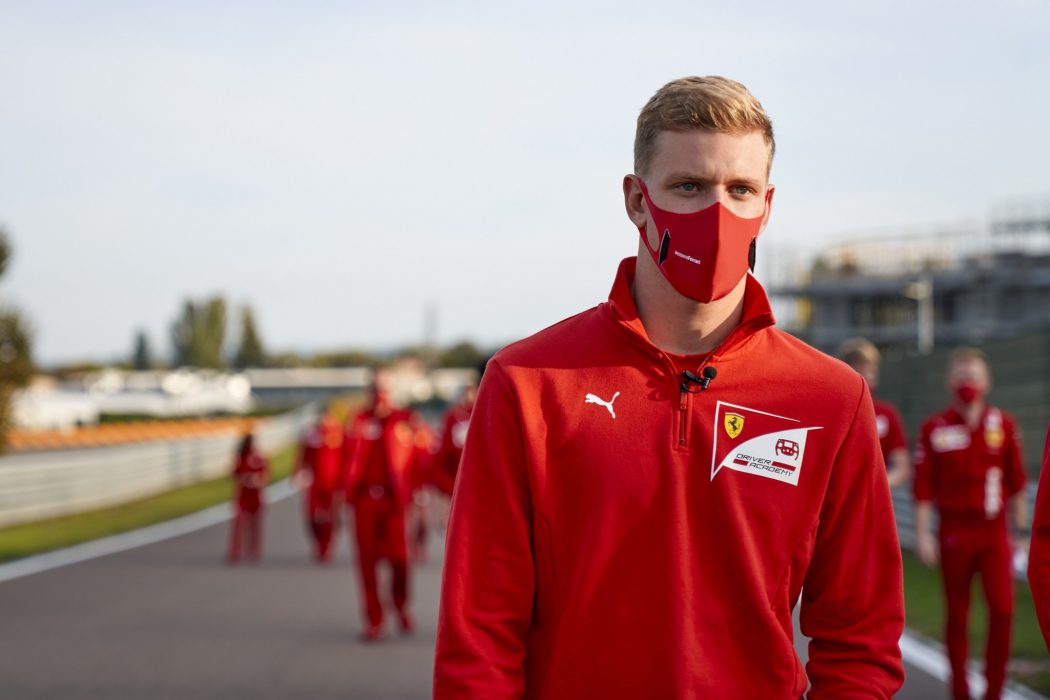 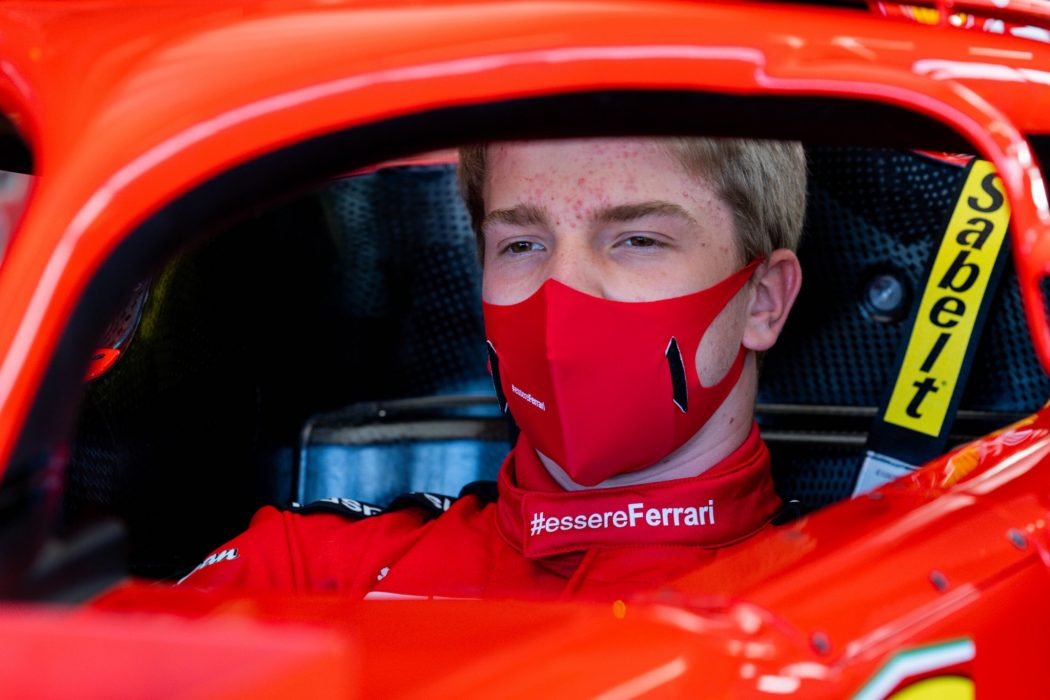 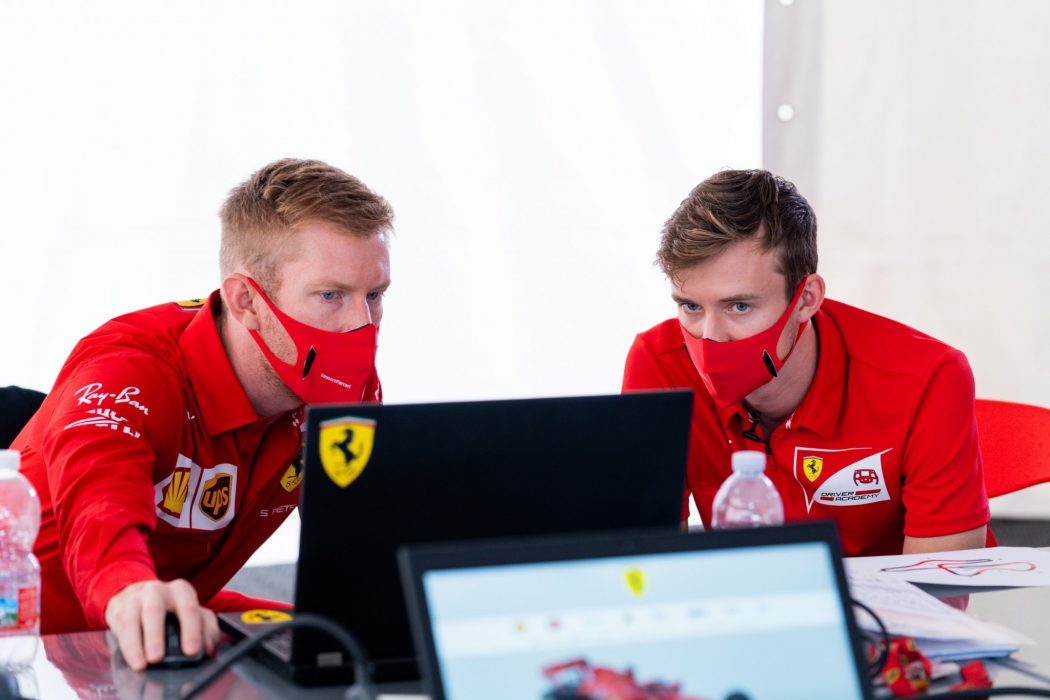 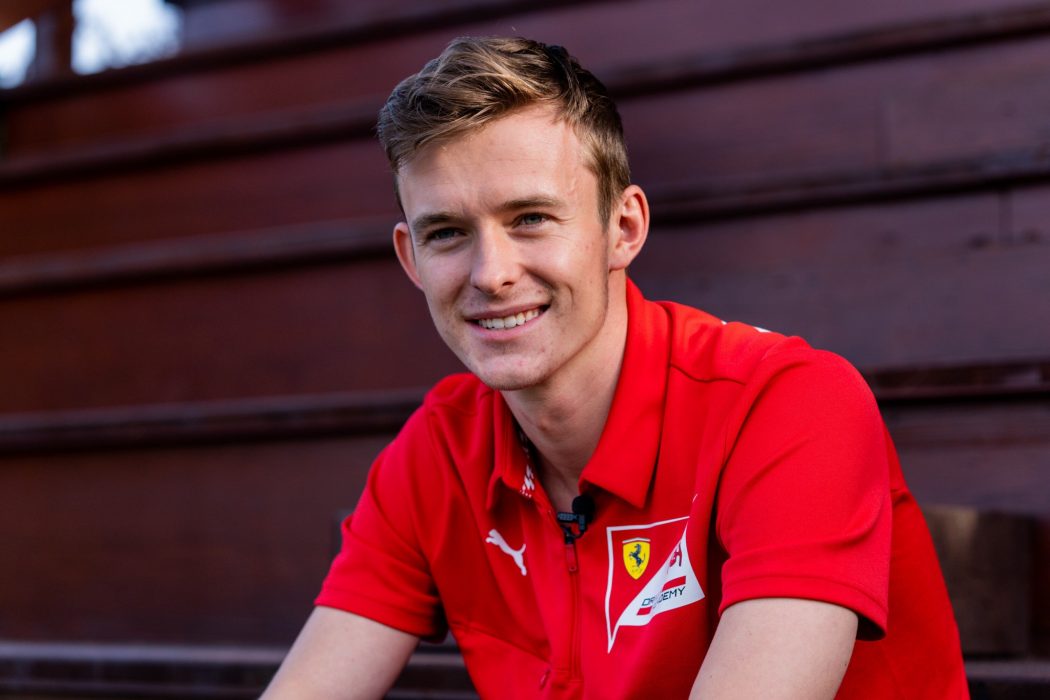 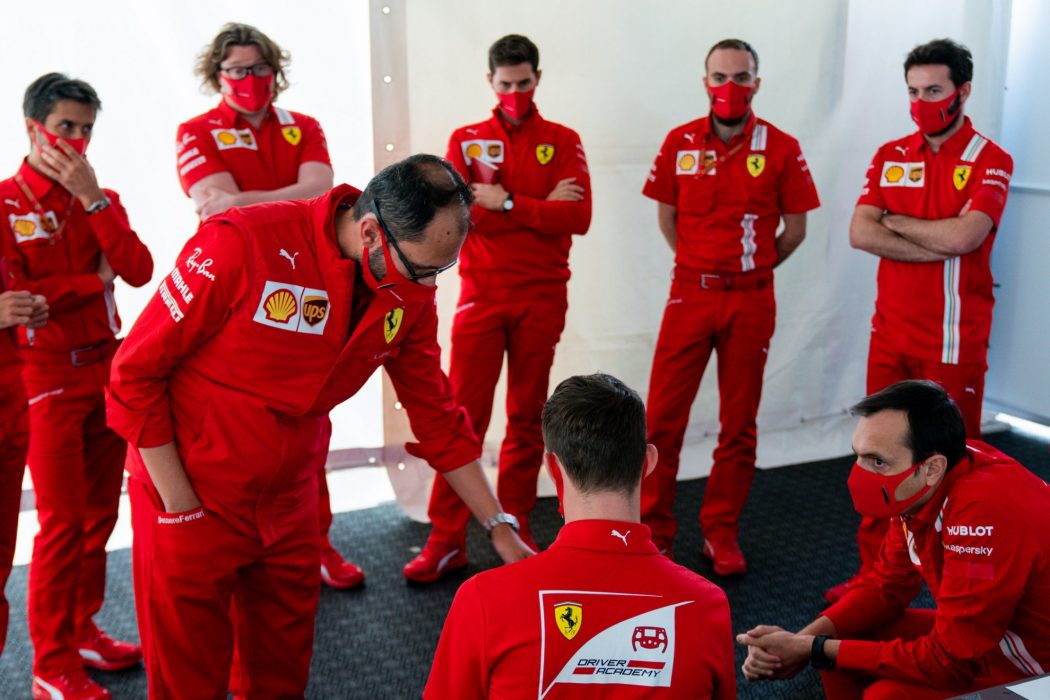 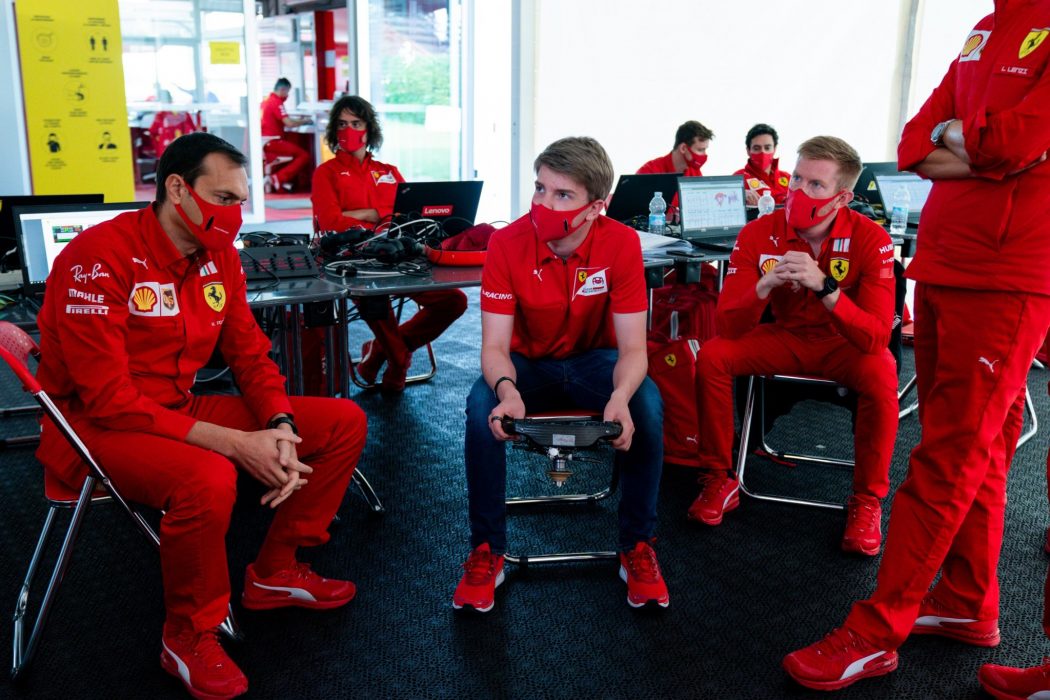 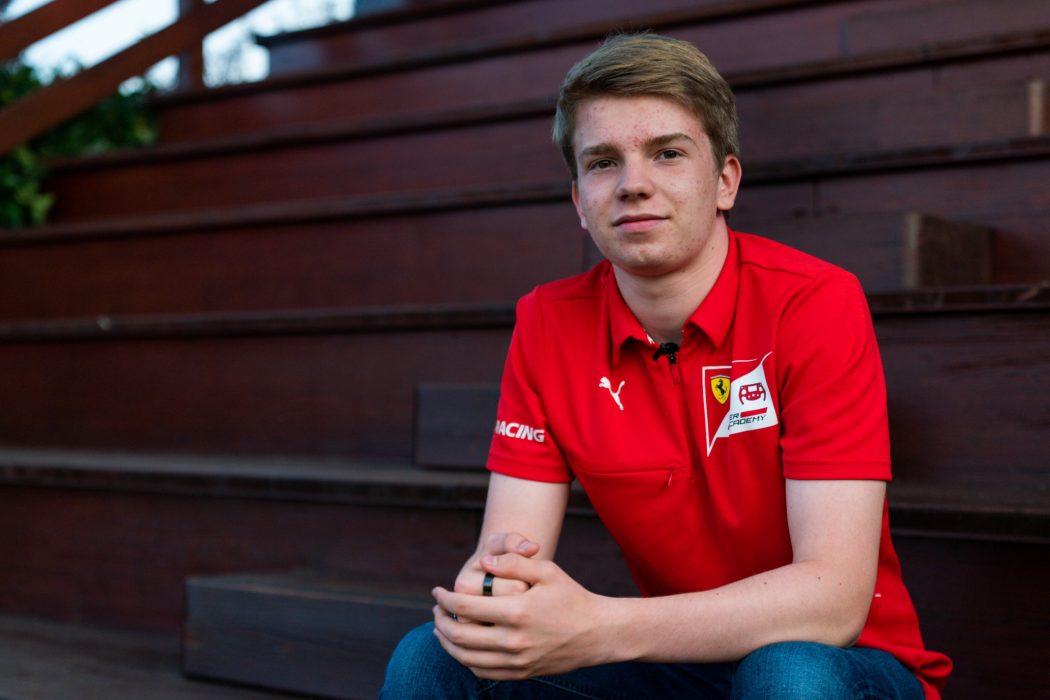 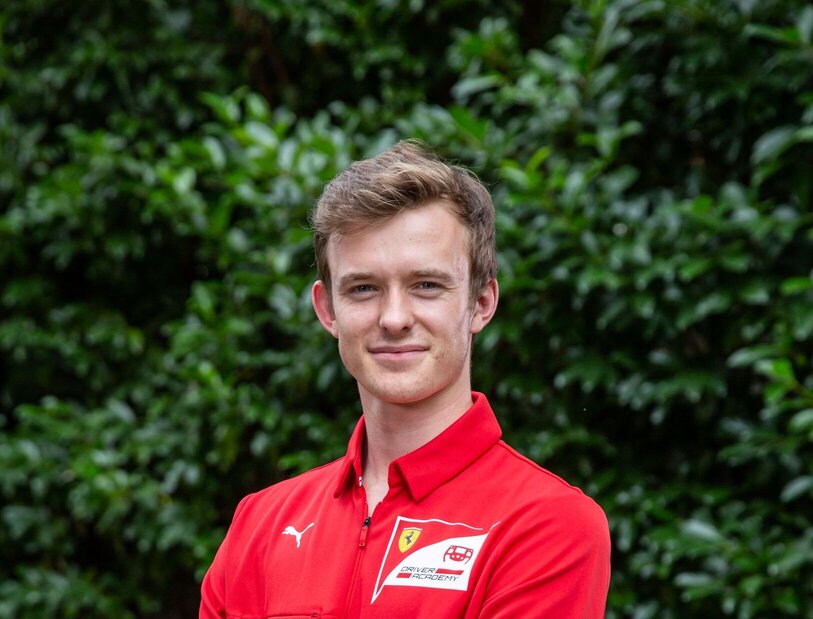 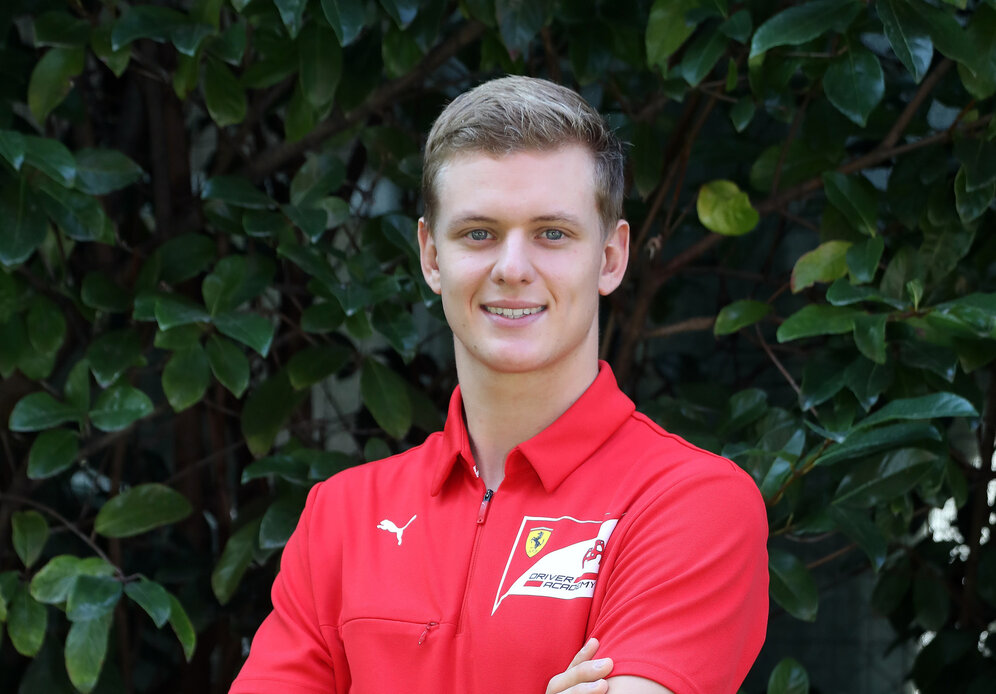 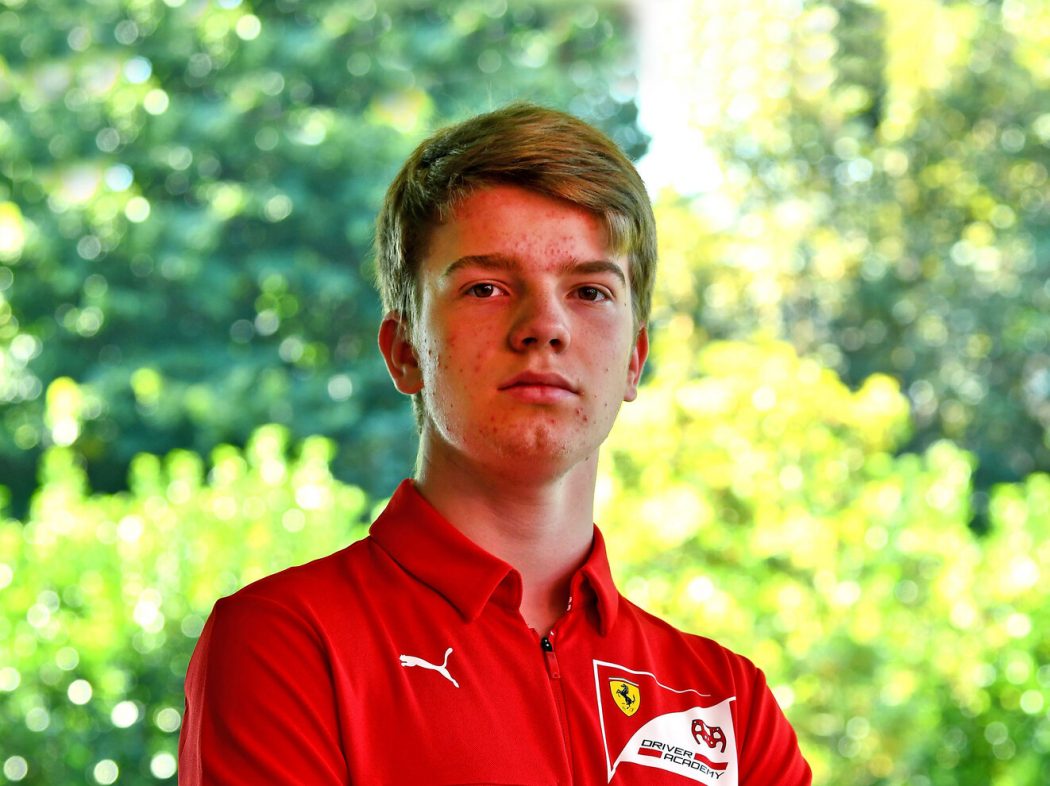 Three of the best Ferrari Driver Academy (FDA) students – in alphabetical order, Callum Ilott, Mick Schumacher and Robert Shwartzman – will, for the very first time, take part in Friday practice for a Formula 1 Grand Prix before the end of this season. Schumacher and Ilott, currently at the top of the Formula 2 championship standings, will be the first and will drive in Free Practice 1 at the Eifel Grand Prix on Friday 9 October at the Nürburgring. Mick will drive an Alfa Romeo Racing C39 and Callum a Haas VF-20. Robert, currently fifth in Formula 2, will get his chance at the final Friday of the 2020 championship in Abu Dhabi.

Test. In preparation for their Formula 1 debut, the three FDA drivers will test at the Fiorano track tomorrow, Wednesday 30 September, at the wheel of an SF71H, the Formula 1 car with which Scuderia Ferrari competed in the 2018 season. It will be an important day for them, another step in the #RoadtoF1 project aimed at giving our drivers the best possible preparation prior to a Formula 1 debut. That is very much the objective of this trio of drivers, given their excellent showing in F2 this year. They already completed a seat fitting prior to the Sochi round and today they are having several meetings to prepare for tomorrow’s test.

Front runners. The three FDA youngsters have shone in F2 this year. Mick’s strength has been his consistency, leading the series on 191 points, with two wins, ten podiums and 17 points finishes from 20 starts. Callum is second on 169, with three wins, five podiums, 16 points finishes and four pole positions. Robert, for whom this is his rookie season in the category, has also performed brilliantly, with three wins so far, five podiums, 11 points finishes and one fastest lap. The Russian is fifth, 41 points behind Mick, with four races to go this year. Callum and Mick have both driven a Formula 1 car before: the Englishman did 41 laps (191 km) at the wheel of a Ferrari-powered Alfa Romeo Racing C38 in the Barcelona test held immediately after the Spanish Grand Prix. Mick did 126 laps (682 kilometres) of the Sakhir track at the test following last year’s Bahrain Grand Prix, at the wheel of a Ferrari SF90 on the first day and an Alfa Romeo Racing C38 on the second. For Robert, it will be his very first time at the wheel of a Formula 1 car.

Organisation. The Fiorano test day for the trio is just one of the activities organised by the FDA for its students. The Maranello academy provides complete preparation for racing and not just the driving part. Lessons cover the usual topics linked to racing (an understanding of FIA sporting regulations, the basics of the sport, vehicle dynamics and strategy) as well as lessons on other aspects relative to the life of a professional racing driver, such as managing their image through social media and more traditional communication channels and working with sponsors and partners. They are also taught about diet and physical training. Each driver is given a bespoke programme, to prepare them as well as possible to perform on the track, with the ultimate aim of one day sitting in the cockpit of a Ferrari Formula 1 car, a path already taken by Charles Leclerc in 2019.

FDA overview. At the moment, there are nine FDA students. Apart from the three mentioned above, Giuliano Alesi and Marcus Armstrong are also racing in Formula 2, Enzo Fittipaldi has just finished his first Formula 3 season, Gianluca Petecof and Arthur Leclerc are currently first and second in the Formula Regional Championship and Dino Beganovic is racing in Formula 4 in Italy and Germany. Furthermore, the FDA has now established a global talent scouting operation, with the Automobile Club d’Italia, Motorsport Australia and Escuderia Telmex in Latin America. The aim is to find the most promising youngsters from around the world, giving the best of them the chance to join the FDA. The first selection process ends in October with a training camp at Fiorano. In addition, the FDA is working with the FIA on the “Girls on Track-Rising Star” initiative, aimed at bringing four girls aged 12 to 15 to the FDA in the next two years.

“We wanted to organise this test session so that our three best youngsters would be as well prepared as possible to tackle an event that will always be a special moment for them. It will be a chance to get to grips with a Formula 1 car, which is much more complicated than the car they are currently used to driving.

I would like to thank Haas and Alfa Romeo Racing for offering Callum, Mick and Robert this opportunity. We believe strongly in our Academy, which has already proved its value, with Charles Leclerc, a driver on which the Scuderia can build its long term future.

Callum, Mick and Robert have already proved their worth in the current Formula 2 season and this test is a further step in their education.”