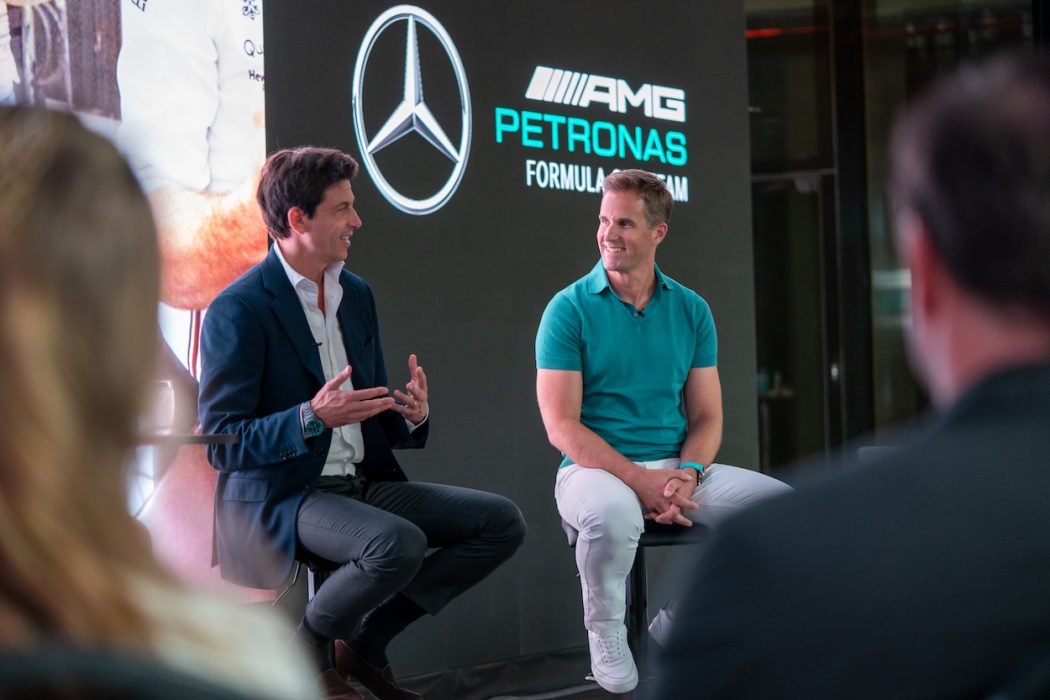 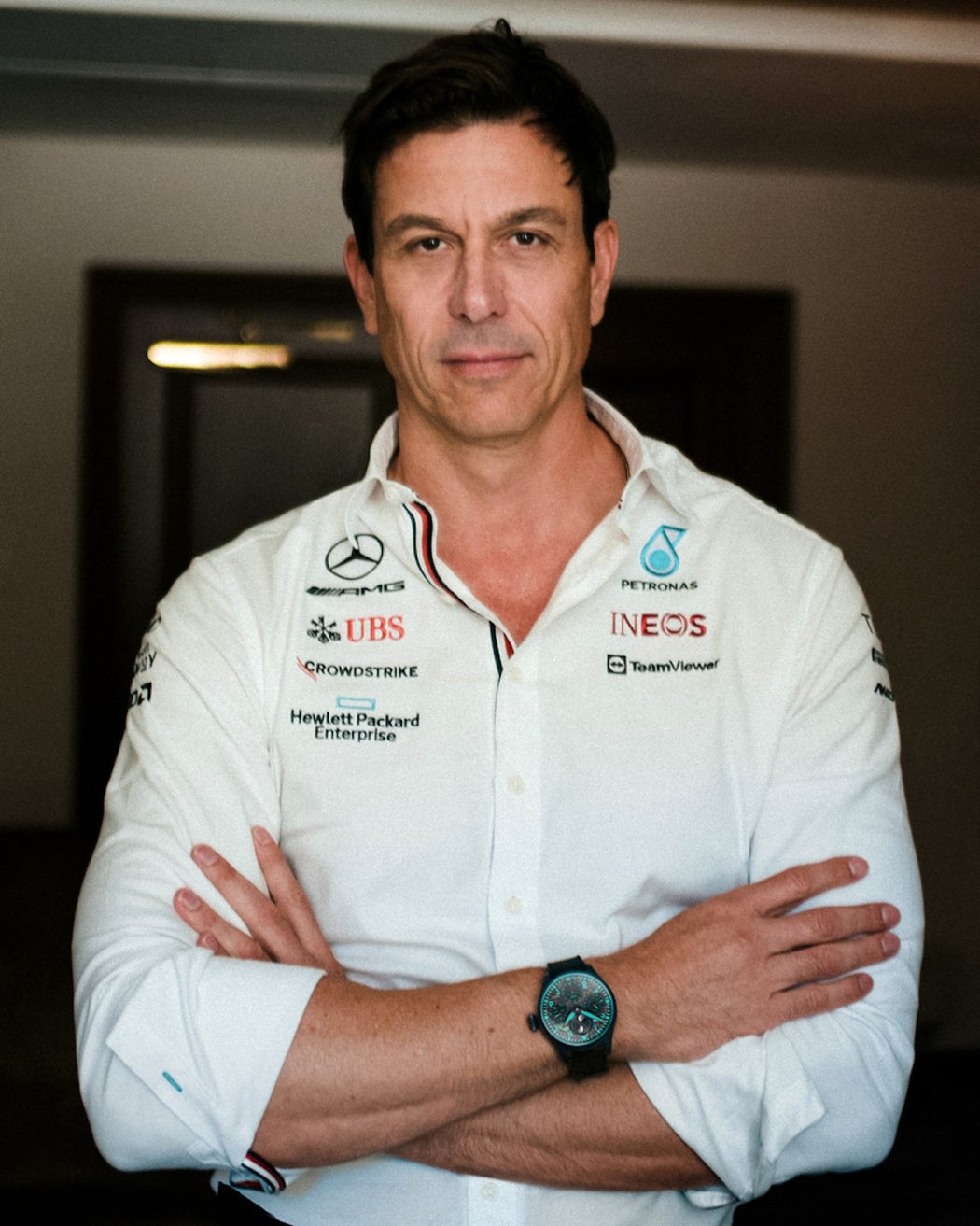 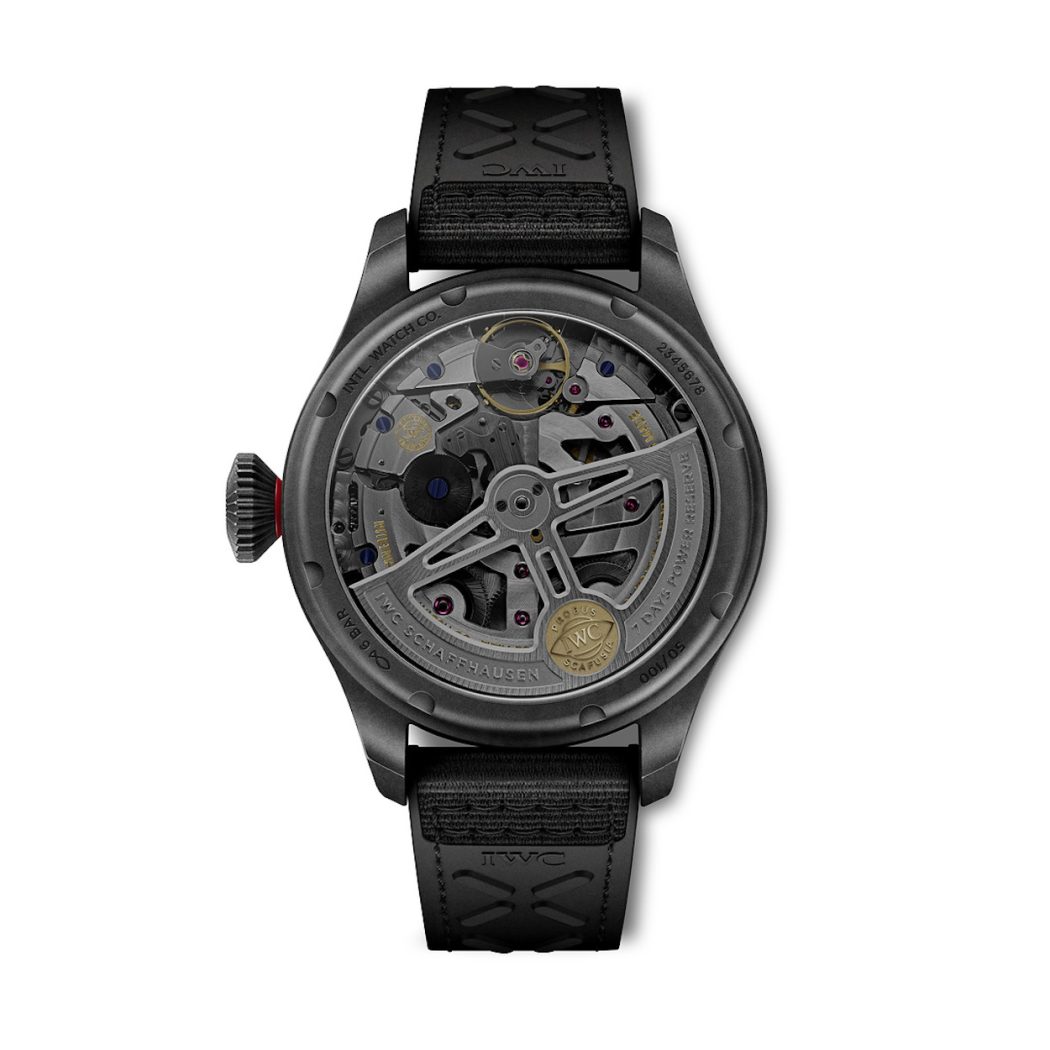 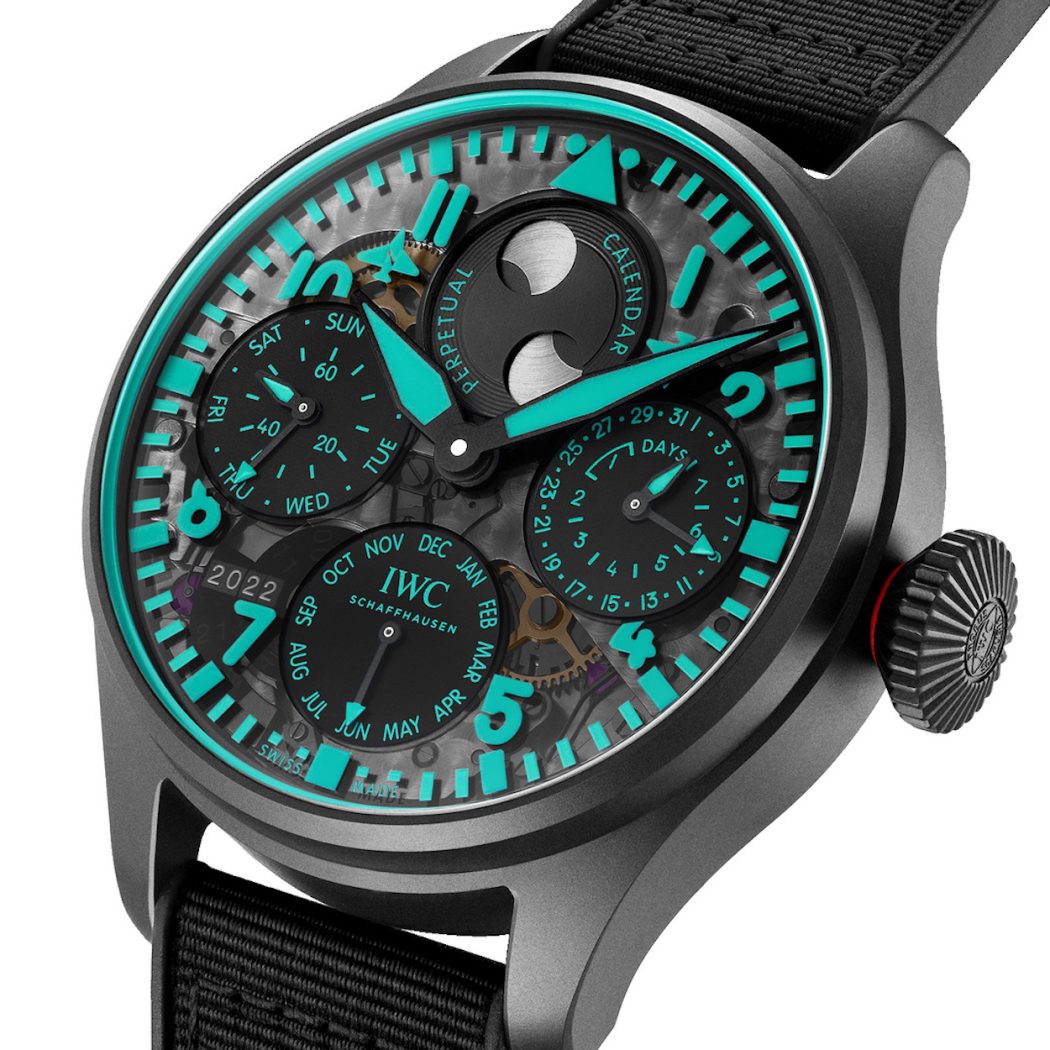 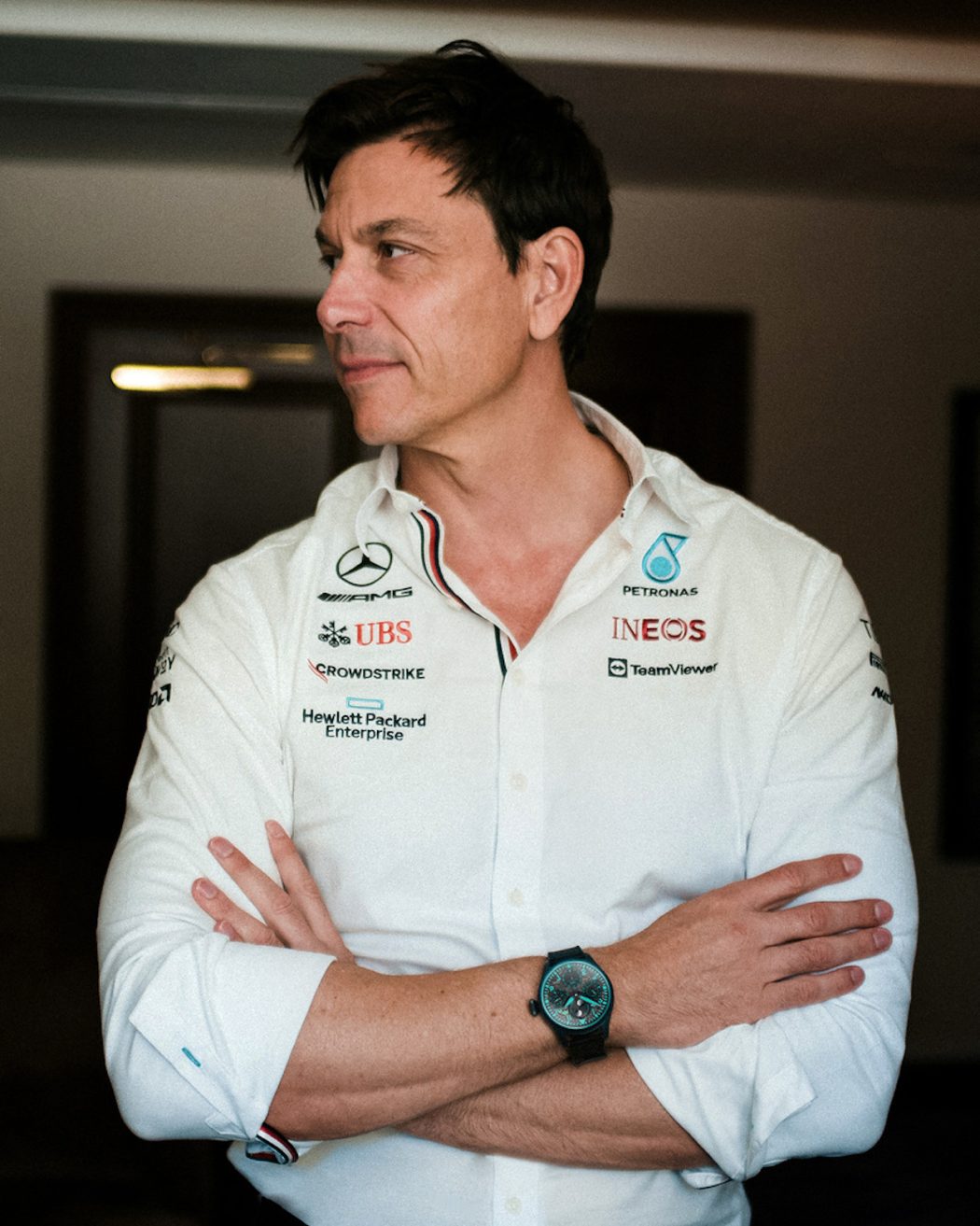 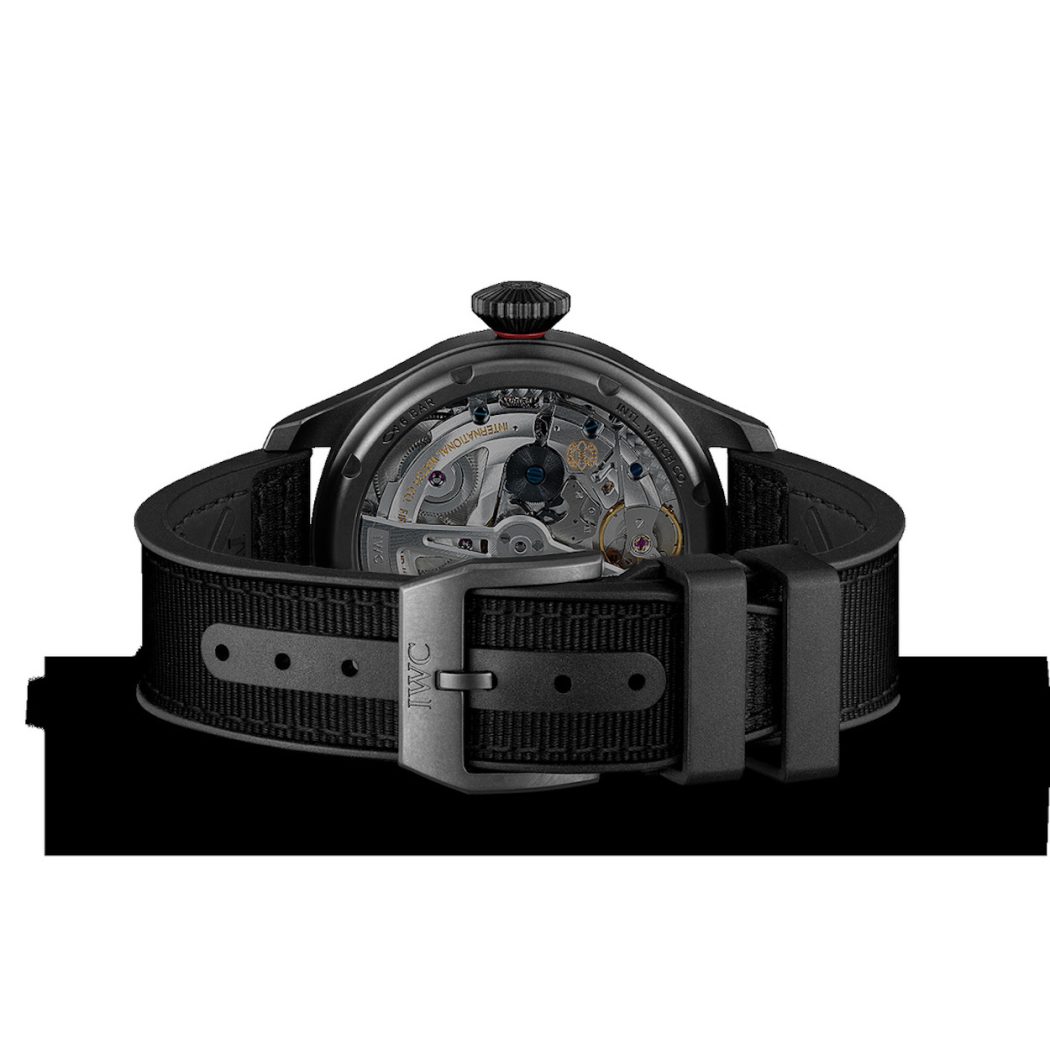 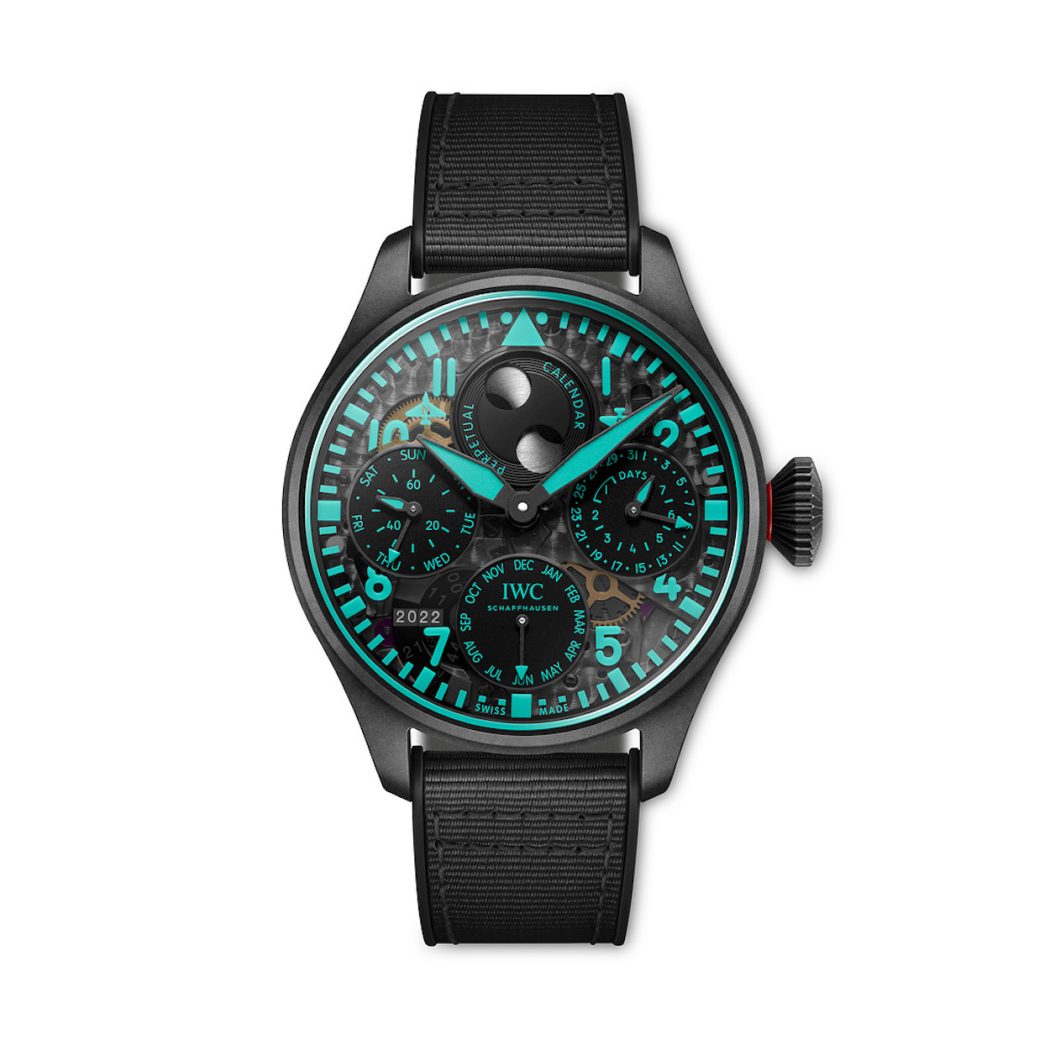 Ahead of the British Grand Prix at Silverstone, IWC Schaffhausen is pleased to announce the auction of the last Big Pilot’s Watch Perpetual Calendar “Toto Wolff edition x Mercedes- AMG Petronas Formula One Team.” Limited to only 100 pieces, this exclusive Big Pilot’s Watch recognises the extraordinary career and achievements thus far of Toto Wolff, Team Principal & CEO of the Mercedes- AMG PETRONAS Formula One Team, while also highlighting his longstanding collaboration and relationship with IWC.

Over the years, Toto Wolff has been seen wearing several IWC watches and prototypes during memorable moments, on and off the racetrack. The watch numbered 50 out of 100 – the last available – will be auctioned by international auction house Bonhams, with the proceeds going to Ignite, a joint charitable initiative operated by the Mercedes-AMG PETRONAS F1 Team and Sir Lewis Hamilton to support greater diversity and inclusion in motorsport. At the same time, IWC Schaffhausen announces the establishment of an annual 50,000 Euro donation for Ignite.

In 2013, the Austrian entrepreneur and former racing driver Toto Wolff became a shareholder and executive director of the Mercedes-AMG PETRONAS F1 Team. During his time as the Team Principal & CEO, the team has won eight consecutive constructors’ titles between 2014 and 2021 – more than any other team in elite world sport. With the Big Pilot’s Watch Perpetual Calendar Edition “Toto Wolff x Mercedes-AMG Petronas Formula One Team”, Wolff was finally honoured with an IWC watch that carries his name.

The Big Pilot’s Watch Perpetual Calendar Edition “Toto Wolff x Mercedes-AMG Petronas Formula One Team” (Ref. IW503607) features a Ceratanium case and crown, a glass dial, and black hands. The printing and luminescence are in the team’s signature PETRONAS green colour. Limited to only 100 pieces, this watch is fitted with a black rubber strap with textile inlay. Ceratanium is a ground-breaking new material developed by IWC. It is as light and robust as titanium and almost as hard and scratch-resistant as ceramic. Ceratanium is based on a special titanium alloy forged explicitly for IWC. The case components are machined from bars and then treated in a furnace process at high temperatures. During this heat treatment, they develop not only ceramic properties on their surface but also their striking matte black finish.

“After almost a decade of partnership, it is an honour and a privilege to have been asked to design a watch with IWC Schaffhausen. For me, it had to be a Big Pilot’s Perpetual Calendar. The watch uses Ceratanium, a material that stands for robustness and strength, two features that are very important to me. The dial is in bold PETRONAS Green, the colour of our team, and, of course, I had to add a subtle red collar around the crown and pay tribute to our friend and colleague Niki Lauda. The final design is exactly how I had imagined it to be and I am delighted to donate this special timepiece to the auction and hope to raise as much as possible for the Ignite partnership,” states Toto Wolff, Team Principal & CEO of the Mercedes-AMG PETRONAS Formula One Team.

IWC’s legendary perpetual calendar was developed by former head-watchmaker Kurt Klaus during the 1980s. The mechanical program automatically recognises the different lengths of the months and the leap years, requiring no manual adjustment until 2100. The moon phase display shows the moon as seen from the northern and southern hemispheres and will only deviate by one day after 577.5 years. The calendar module is driven via a single nightly switching impulse by the IWC-manufactured 52615 calibre. This automatic movement features IWC’s iconic Pellaton winding system, which has been reinforced with ceramic components and accumulates a power reserve of 7 days in two barrels. The movement can be admired through the tinted sapphire glass back.

The watch carrying the number 50 will be auctioned online by the international auction house Bonhams. The proceeds will go to Ignite. This charitable initiative launched in 2021 by The Mercedes-AMG PETRONAS F1 Team and Sir Lewis Hamilton will focus its work on supporting greater diversity and inclusion in motorsport. The watch comes with a 10-minute video call with Toto Wolff and a tour of the Mercedes-AMG PETRONAS F1 Team HQ and Operations Centre, offering exclusive, behind-the-scenes insight into what goes into designing, manufacturing and running the world’s most advanced racing cars.