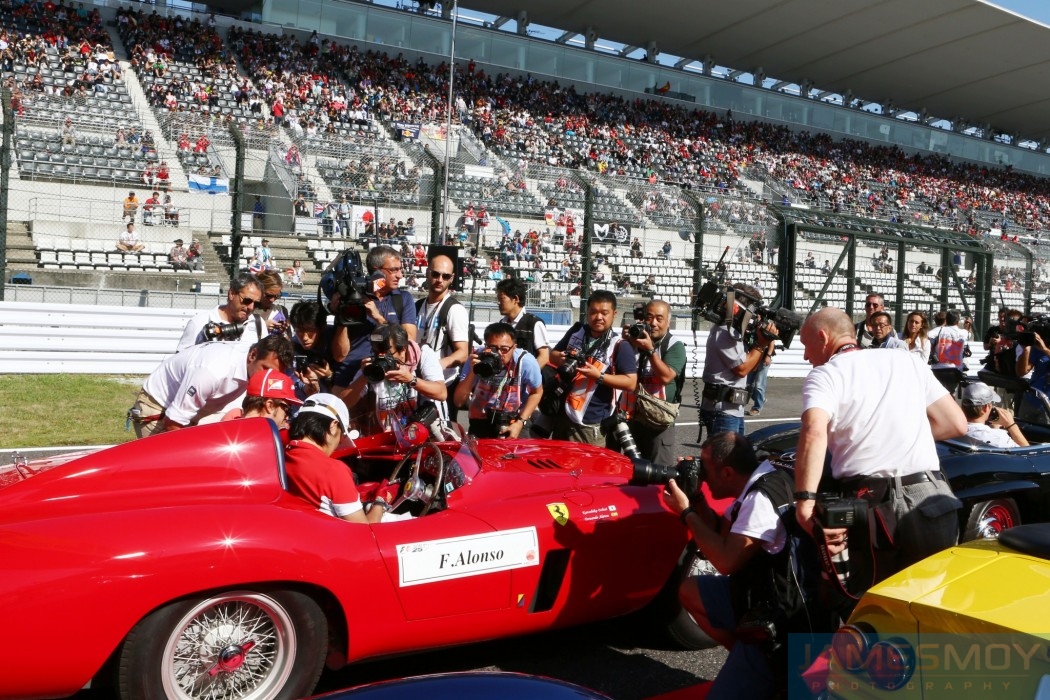 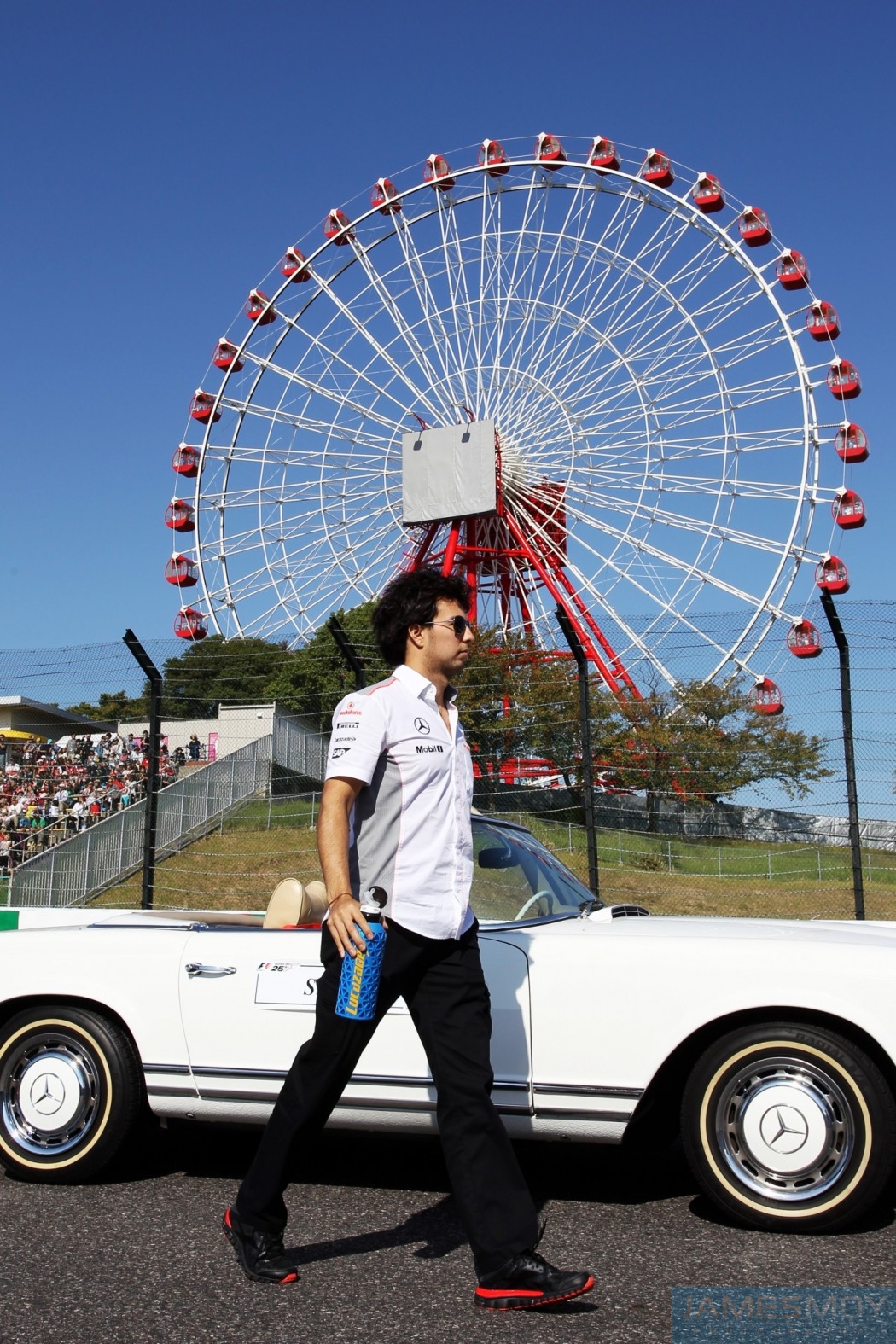 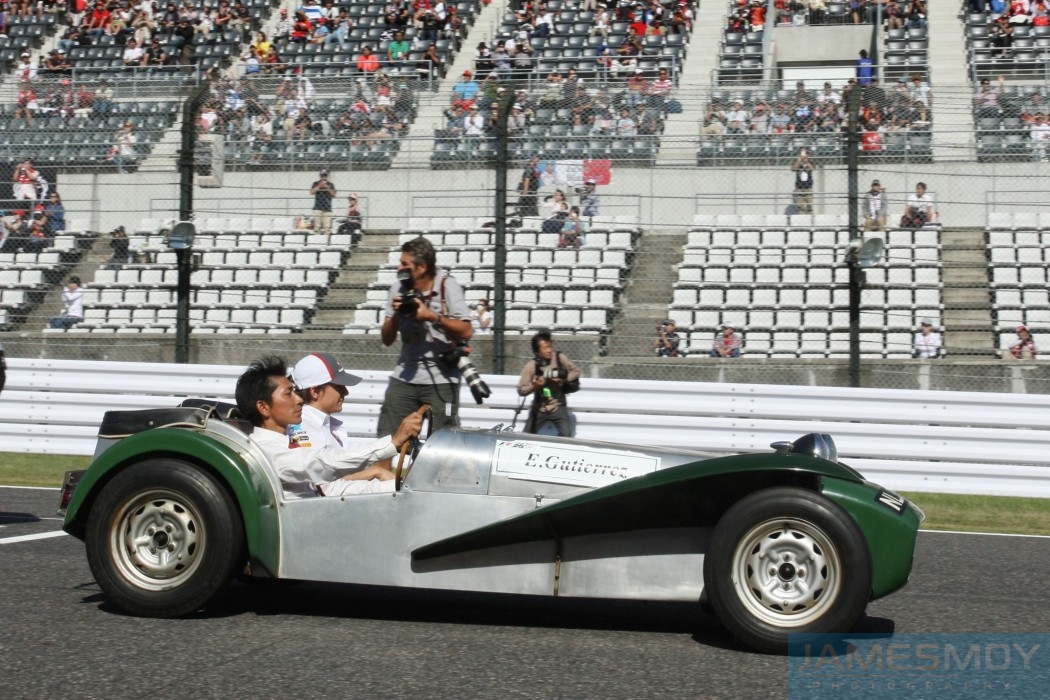 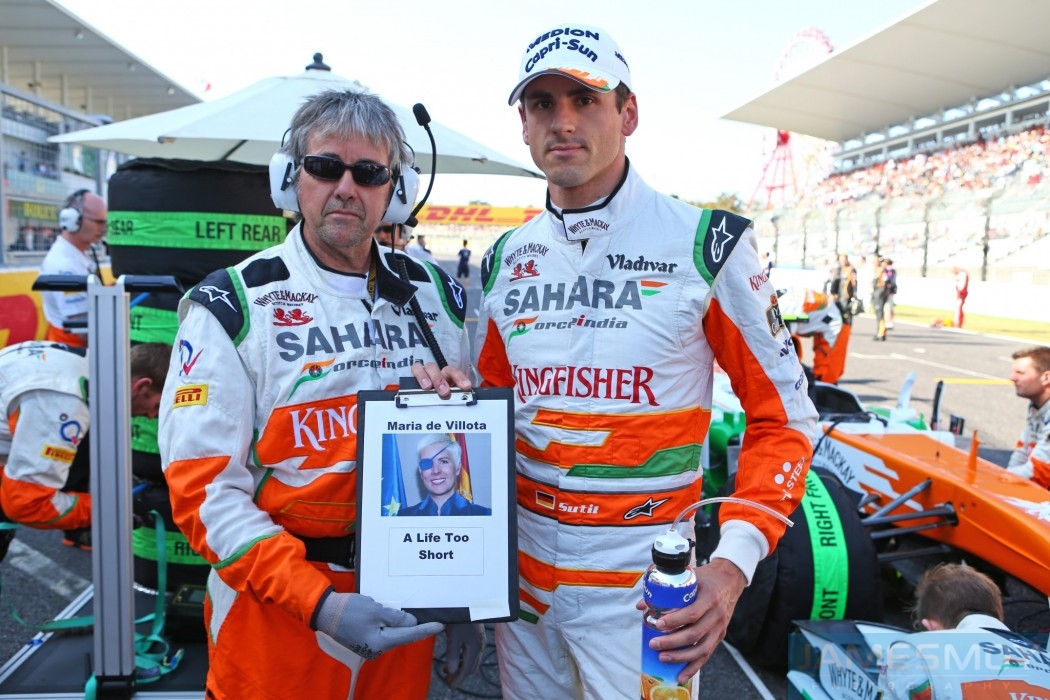 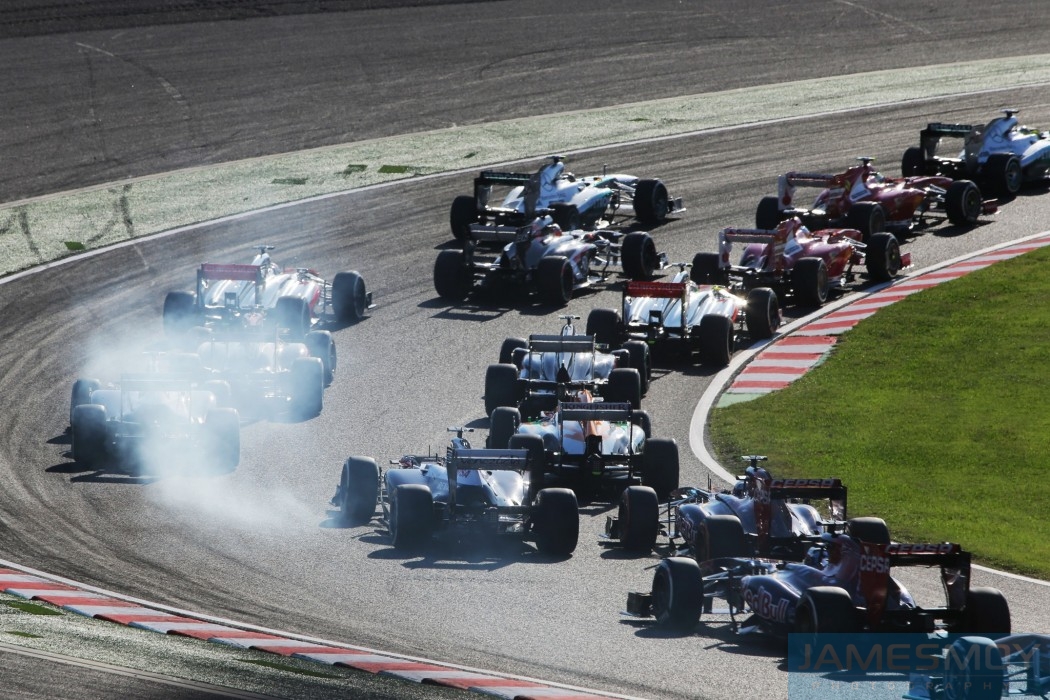 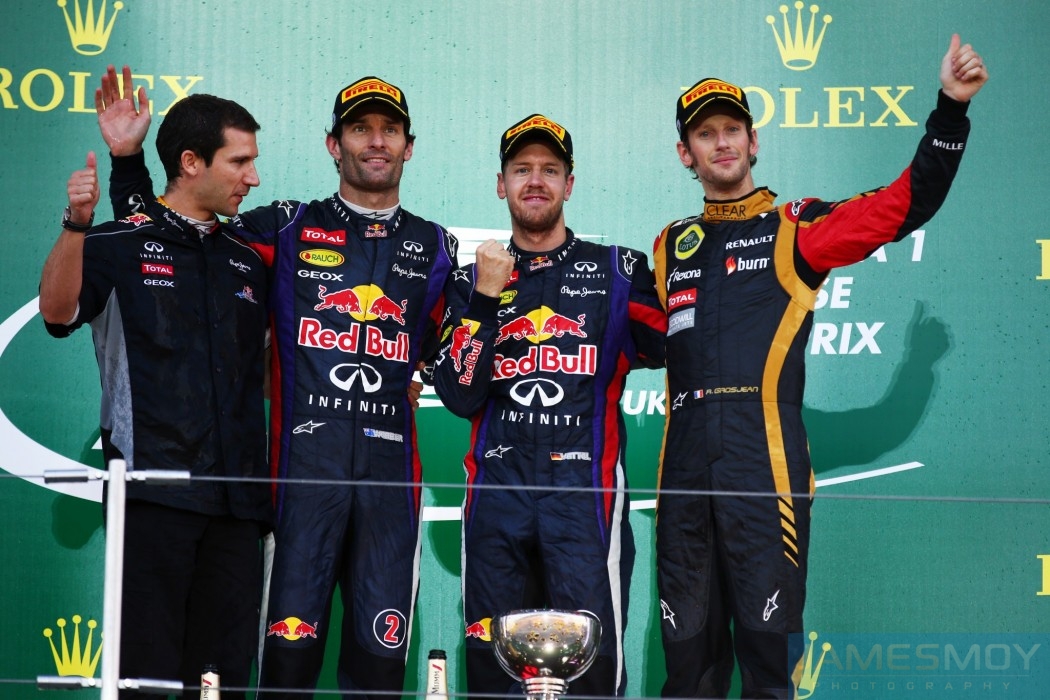 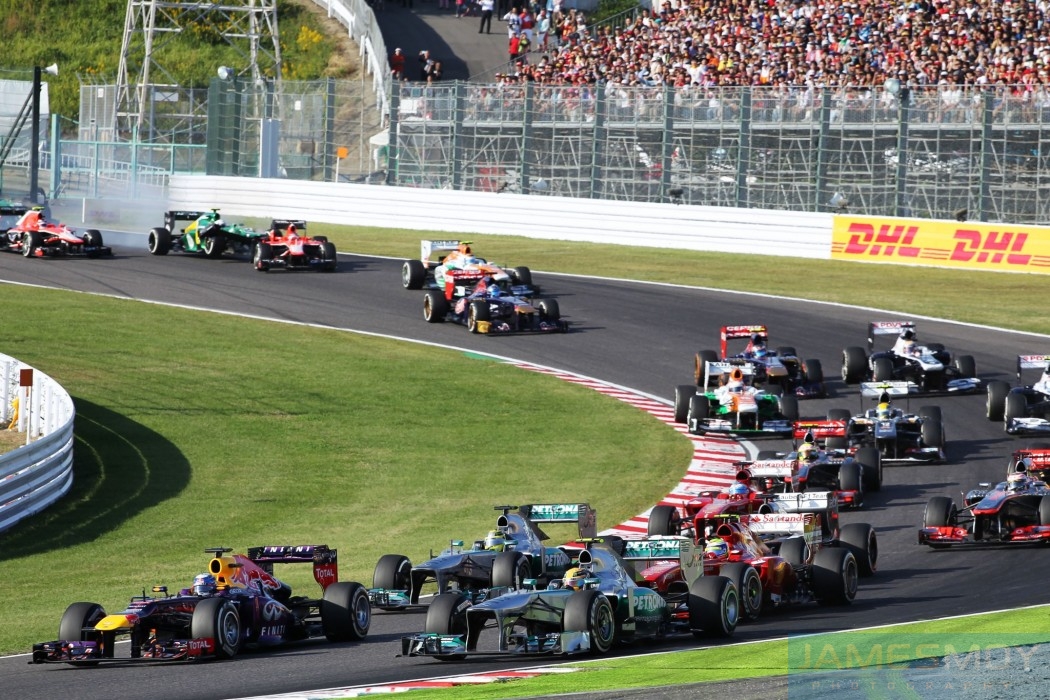 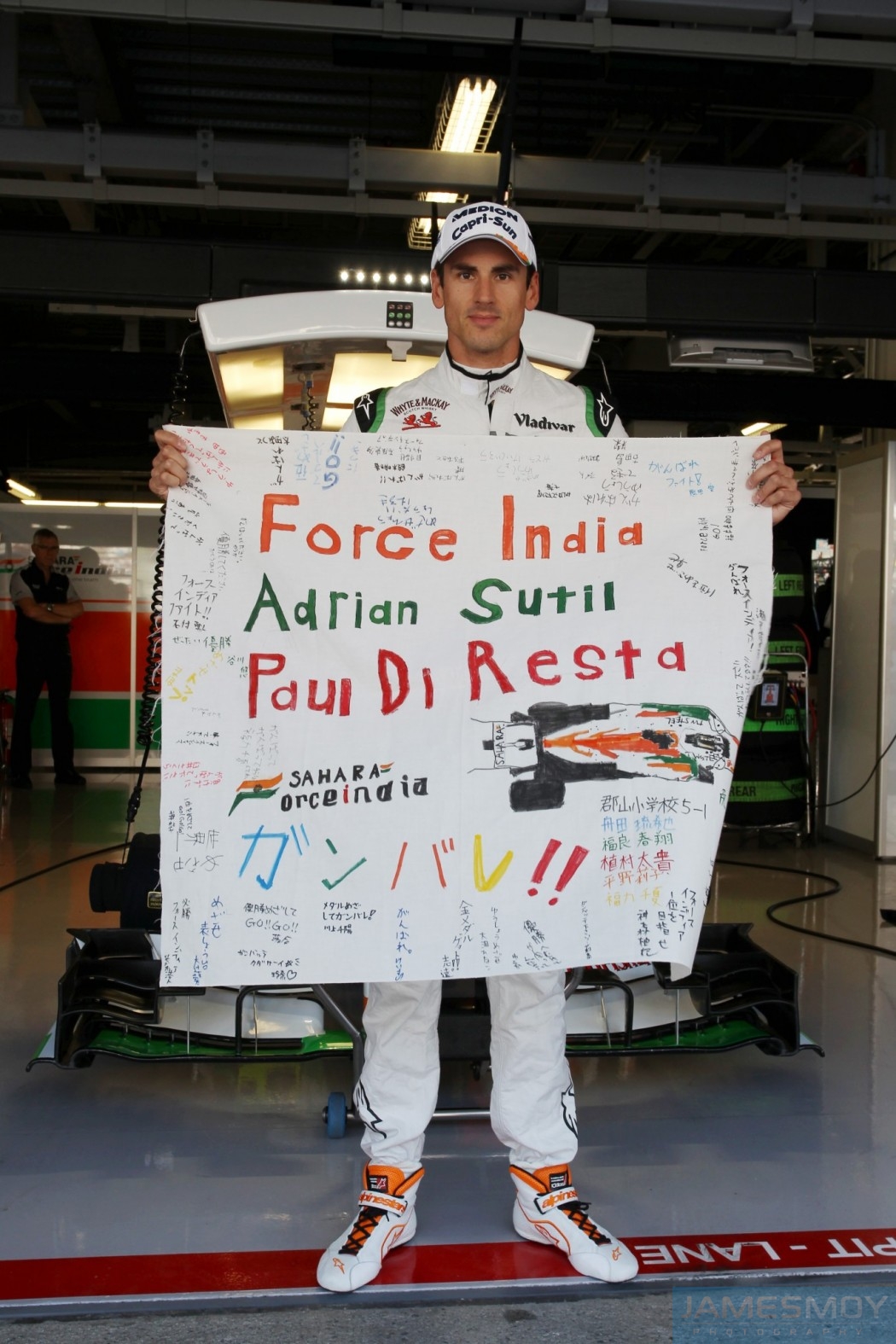 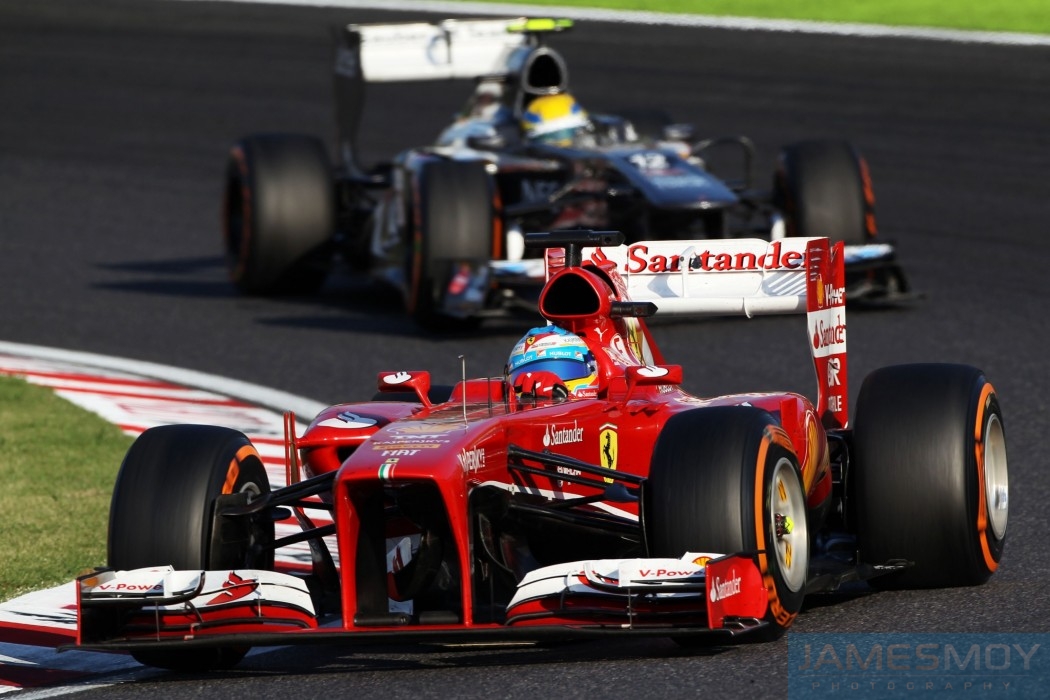 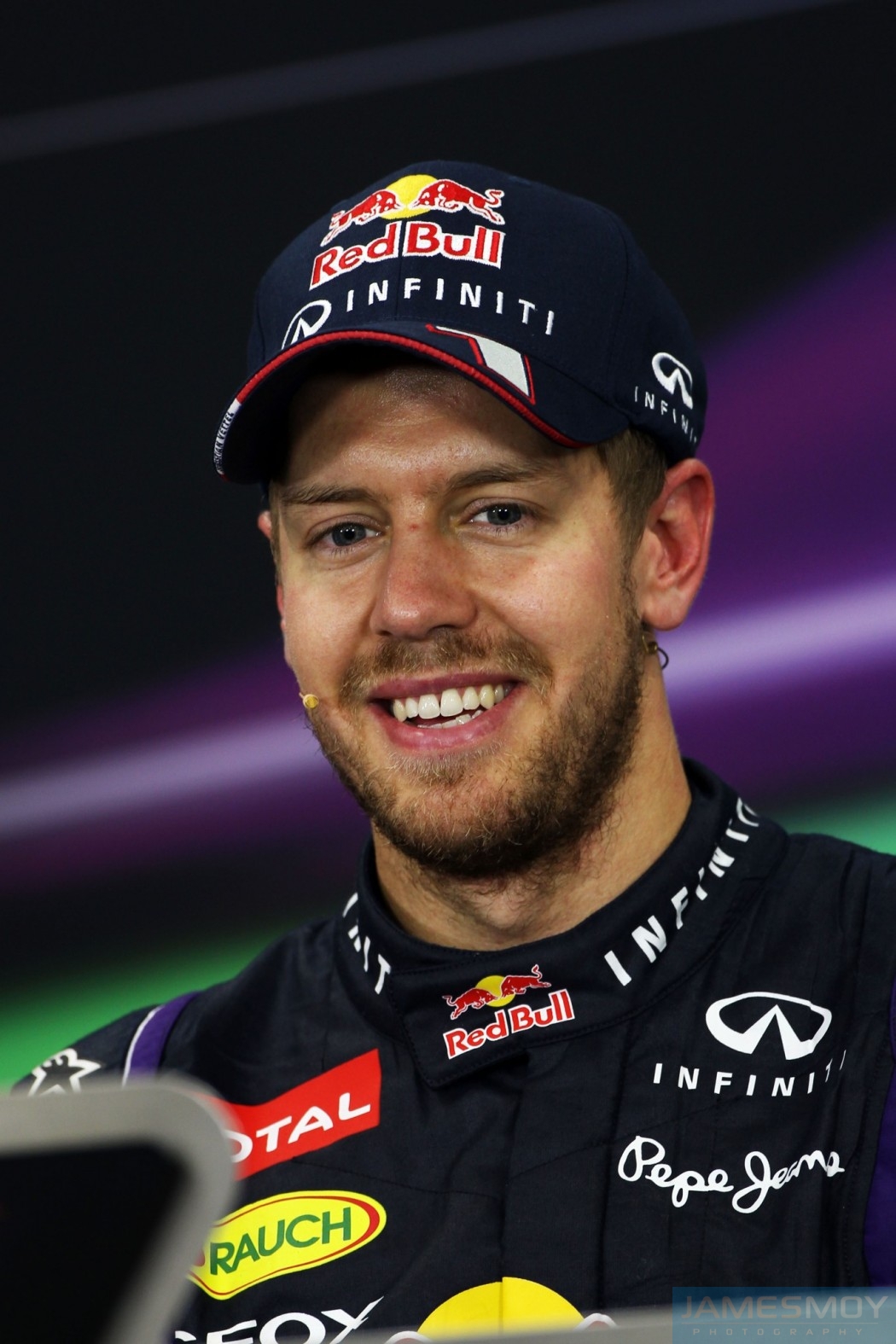 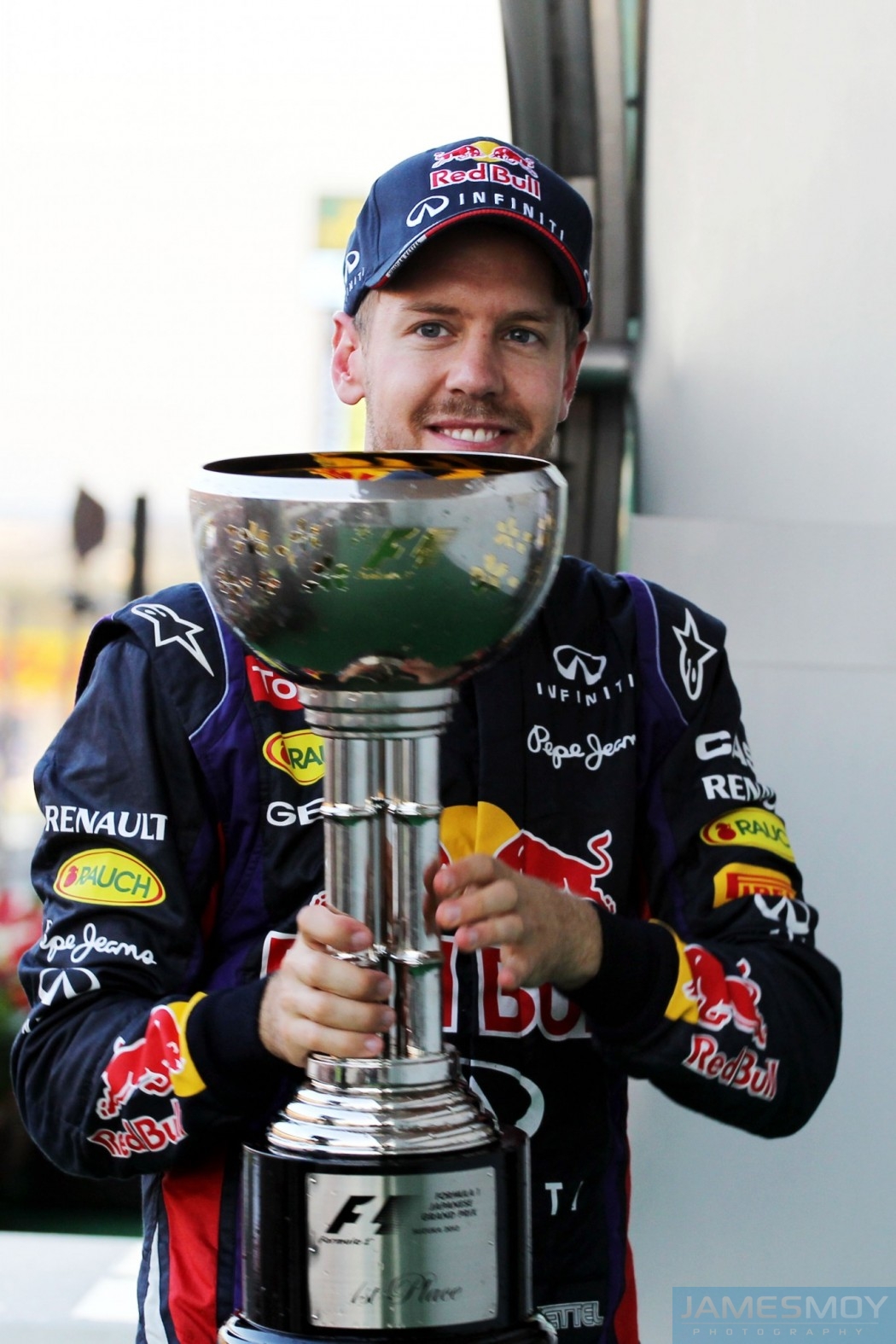 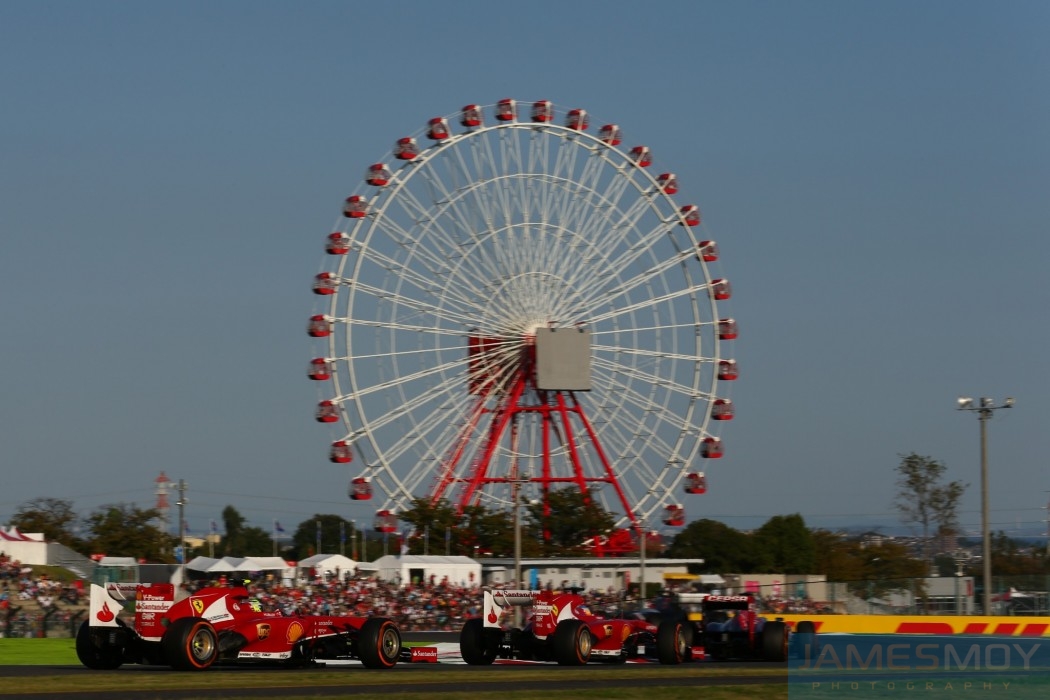 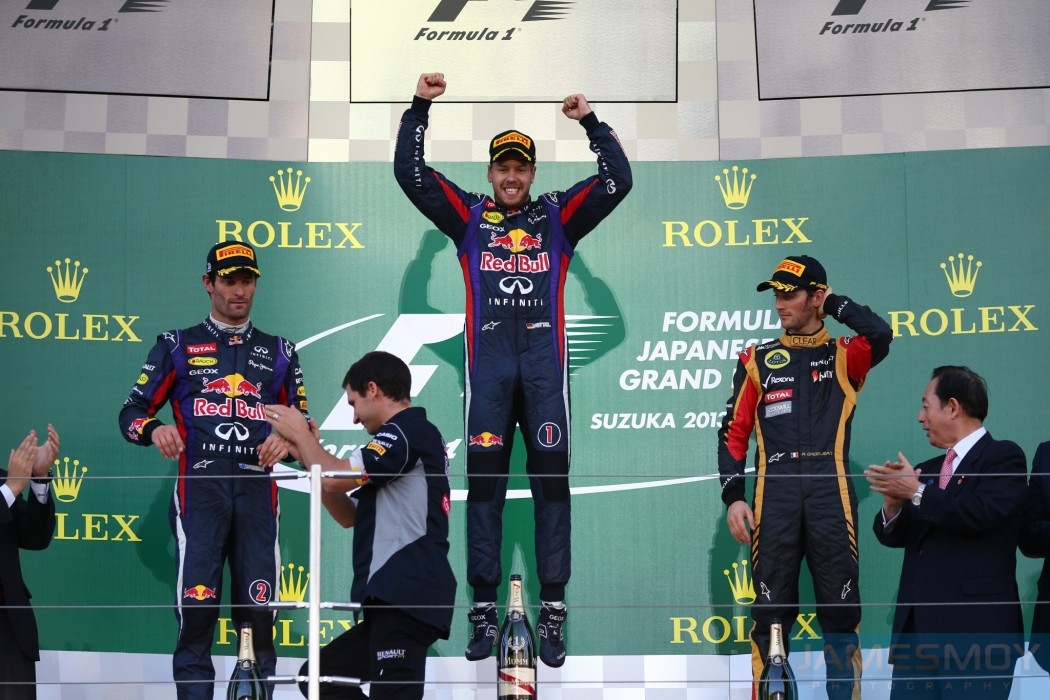 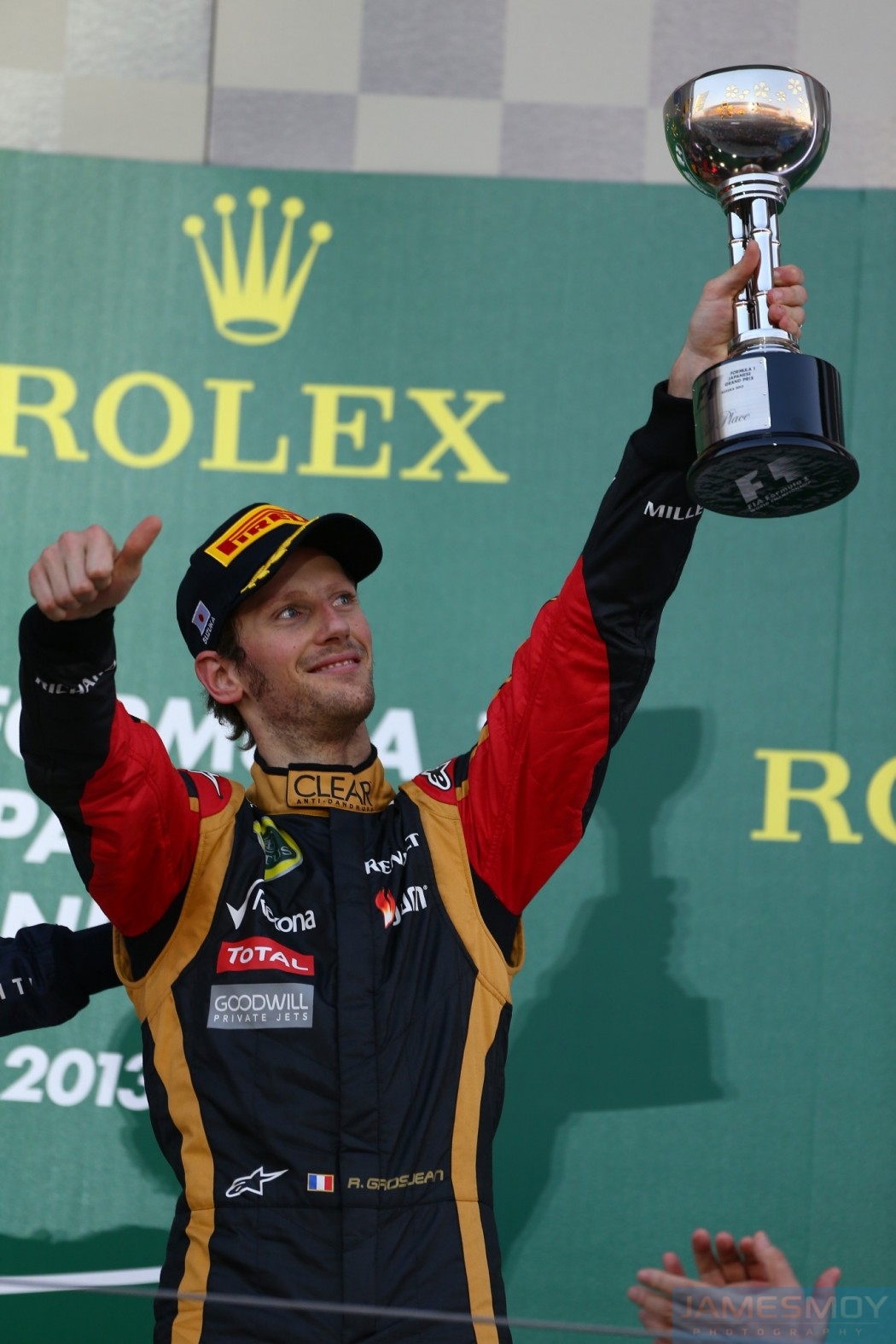 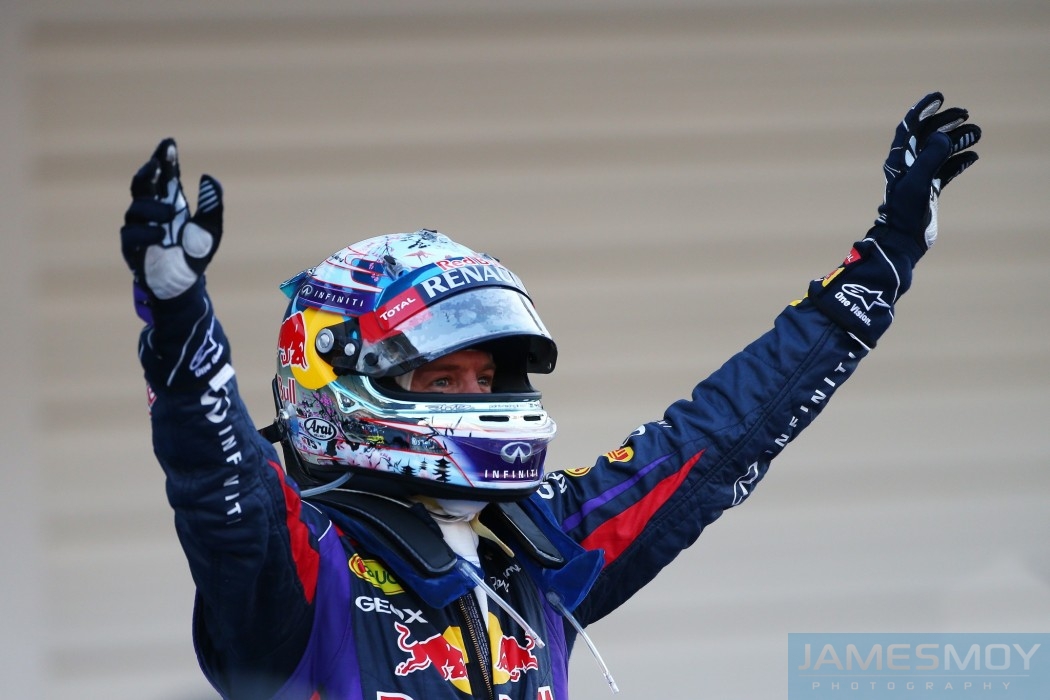 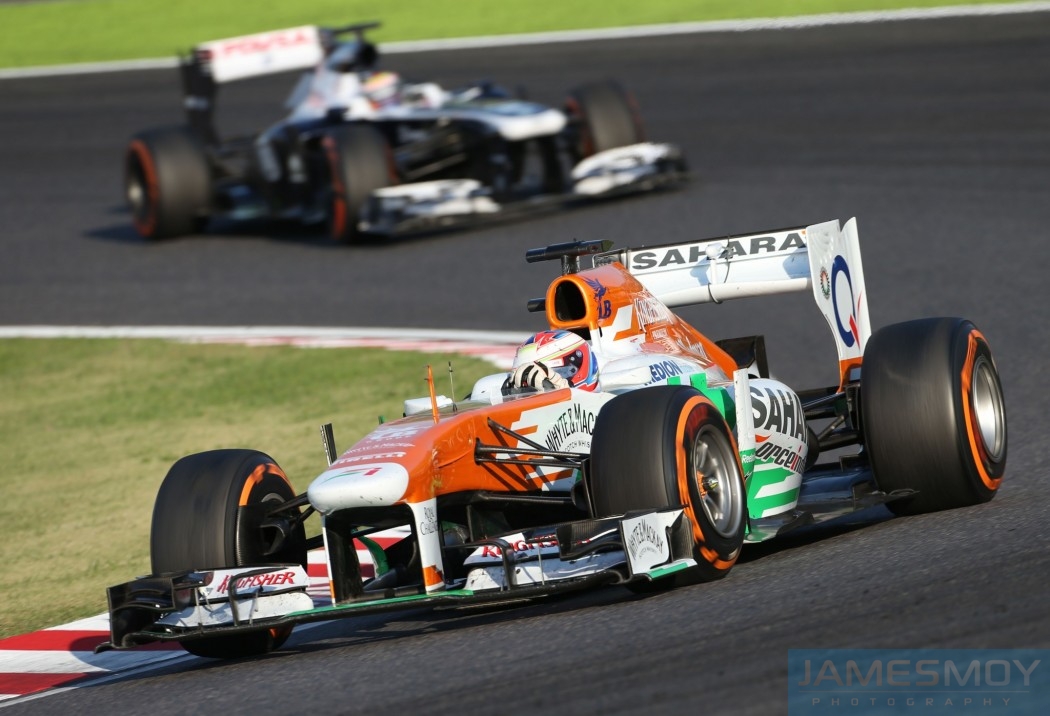 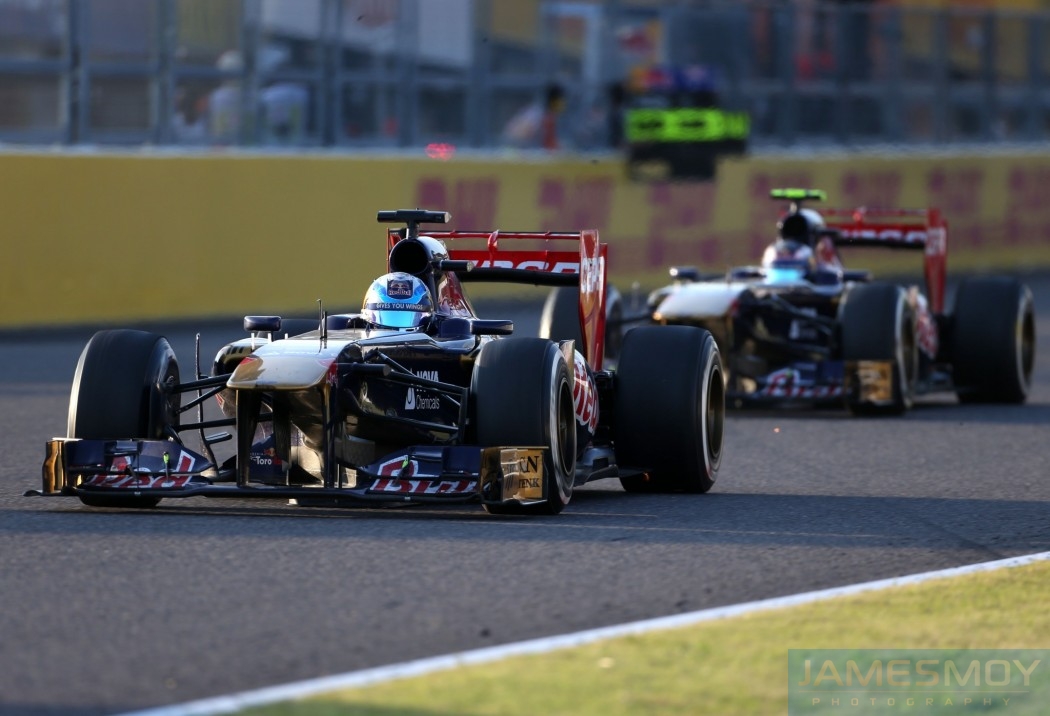 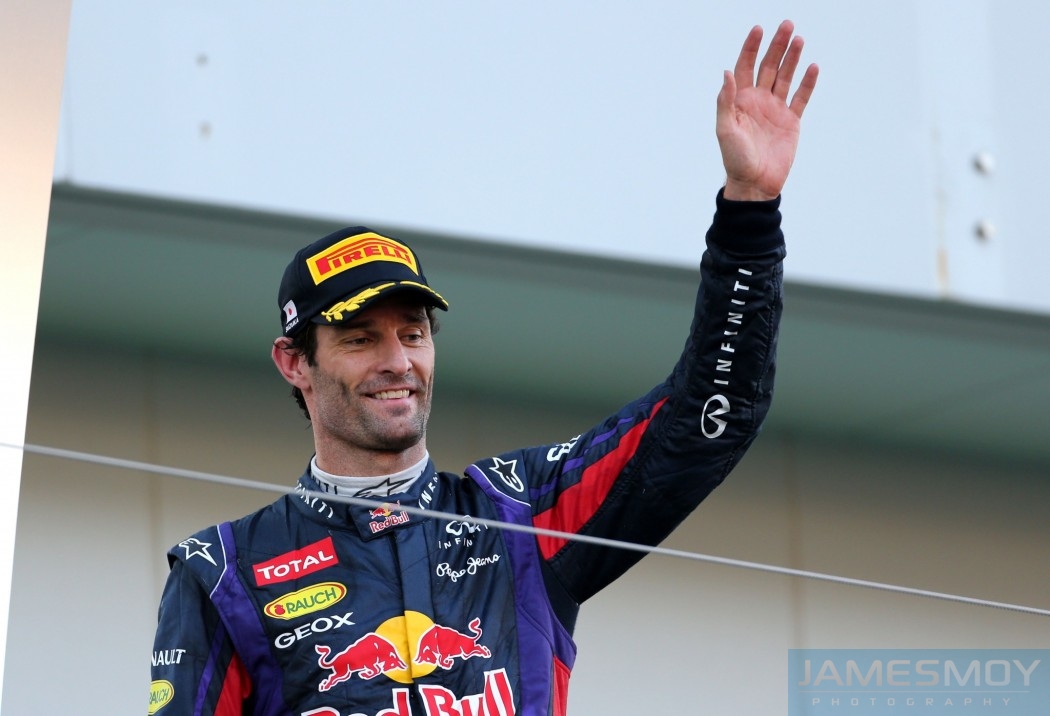 Red Bull driver Sebastian Vettel has taken his fourth win at the Japanese Grand Prix Sunday race and his ninth of the year, but that hasn’t quite been enough for the German to claim his fourth consecutive driver’s title as Ferrari driver Fernando Alonso finished fourth in Japan from eighth on the grid. Vettel used a two-stop strategy to defeat his teammate Mark Webber, who stopped three times, and the Lotus of Romain Grosjean, who also stopped twice.

All the drivers started on the P Zero White medium tyre, nominated with the P Zero Orange hard tyre for Suzuka, apart from Toro Rosso’s Daniel Ricciardo and Caterham’s Charles Pic. Grosjean took the lead from third on the grid when the lights went out: the start of an intense tactical battle between him and the two Red Bulls that would last throughout the race.

Webber was the first of the leading three to stop from second place on lap 11 for hard tyres, hoping to use strategy to get past Grosjean. The Lotus driver pitted on the following lap for hard tyres from the lead, leaving Vettel in front.

Vettel’s first stop was on lap 14 for hard tyres, rejoining in third with Grosjean and Webber in front. The final driver to make his first stop was Ricciardo, who pitted for another set of hard tyres from on lap 21, having climbed up to fourth in the early stages.

Webber’s second stop took place on lap 25 for hard tyres again, aiming to ‘undercut’ Grosjean for the lead once more with the timing of his pit stop. This time the strategy worked: Grosjean’s second stop was on lap 29 for more hards, and he rejoined in third behind Vettel and Webber.

Vettel made his second and final stop for the hard compound on lap 37, with 16 laps to go. He slotted back into third, but with Webber pitting once more and Grosjean running a 24-lap final stint, the German’s strategy was the winning choice.

With 11 laps to go, Webber put on the faster medium tyres at his third stop and chased Vettel and Grosjean, taking second place with just laps to go. The top three finished within 10 seconds, despite adopting very different tactics.

This would always be a very close race, with little difference in lap times between the two nominated compounds. As a result, we saw varied approaches to strategy, with both the medium and the hard tyre being used at different points for the second and third stints. The majority of drivers stopped twice as we expected: wear is quite low at Suzuka due to the flowing nature of the circuit – which means that traction demands are low – but the high lateral energy loads mean that the limiting factor is degradation. This, of course, is exacerbated when you have a close race with the cars following behind each other, as aerodynamic efficiency is compromised and the cars slide more. Vettel used a two-stop strategy to make the difference here, but it was extremely close with Webber and Grosjean. Once more, we received a great welcome in Japan: one of the most difficult circuits in the world for drivers, cars and tyres, with an absolutely amazing atmosphere thanks to some fantastic fans.