“Le Grand Rendez-vous” filmed in Monaco at dawn this week

SF90 Stradale and Charles Leclerc protagonists in a unique short film to be shot in the Monaco Principality on what was to be one of F1’s major calendar events.

Some appointments on the calendar cannot be forgotten. Even under the most difficult of circumstances, they cry out to be honoured and transformed into an opportunity, to create something truly unique and memorable. With this in mind on Sunday morning, on the day that the Formula 1 Grand Prix was to take place in the Monaco Principality but suspended due to the worldwide Covid-19 pandemic (the last time an F1 Grand Prix in Monaco didn’t take place was in 1954), Claude Lelouch will shoot a new short film “Le Grand Rendez-Vous” with Charles Leclerc, inspired by his famous “C’était Un Rendez-Vous” filmed in 1976. 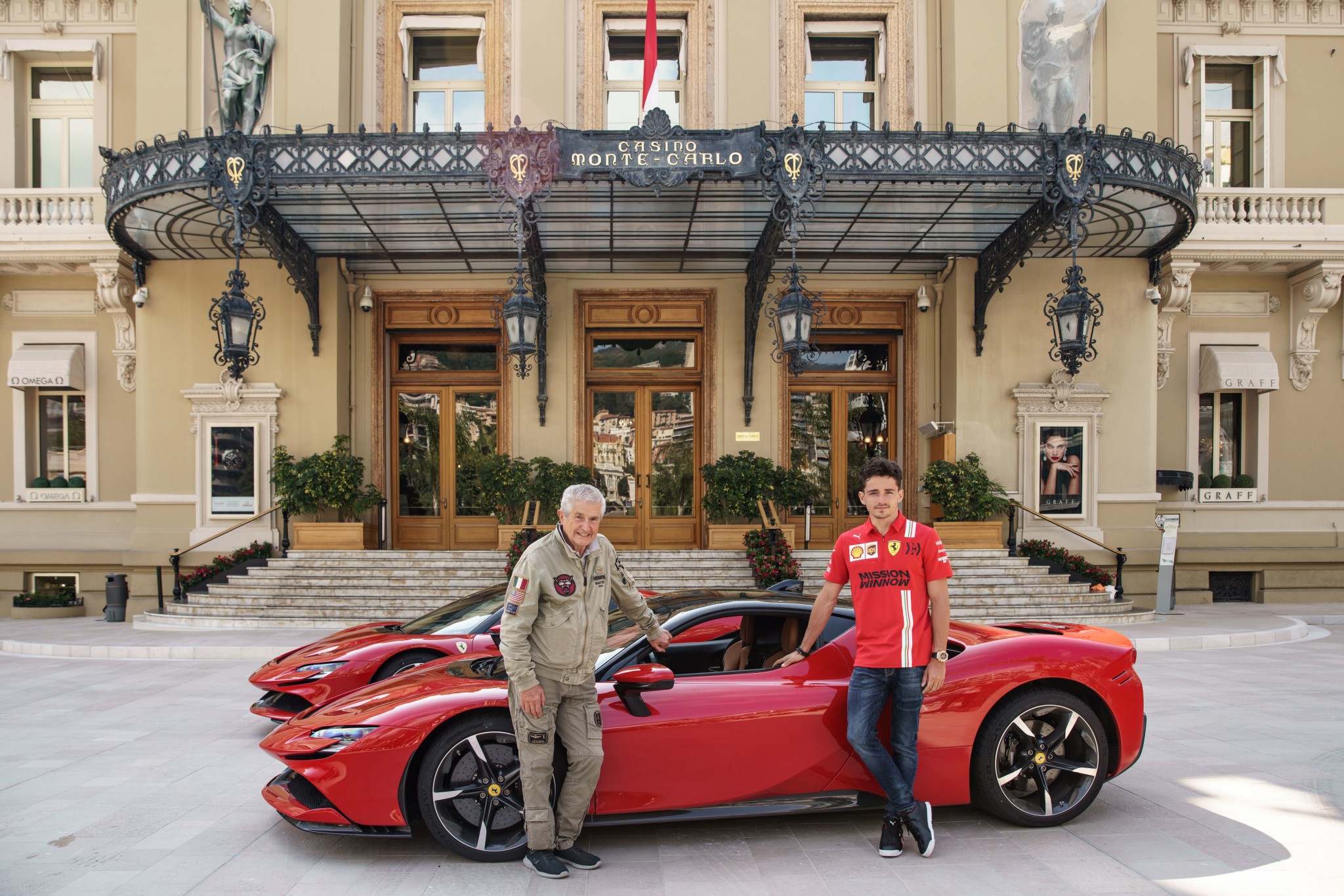 The protagonists this time will be the Ferrari SF90 Stradale, the Prancing Horse’s first series production hybrid model, and the Monegasque talent, who will take Ferrari’s new entry on a first breathtaking drive through the Principality’s winding streets and roads. The new short evokes both the atmosphere of the beloved Grand Prix and the roar of the Ferrari 275 GTB that provided the instantly recognisable soundtrack to the 1976 film shot in Paris.

On the city circuit, the SF90 Stradale will measure its unmatched performance for a Ferrari production car: 1,000 cv, a weight-to-power ratio of 1.57 kg/cv, and 390 kg of downforce at 250 km/h. The car’s name, a reference to the 90th anniversary of Scuderia Ferrari celebrated last year, exemplifies the symbiosis of transferred technology between Ferrari road and track cars, of which this recent model is the maximum expression. 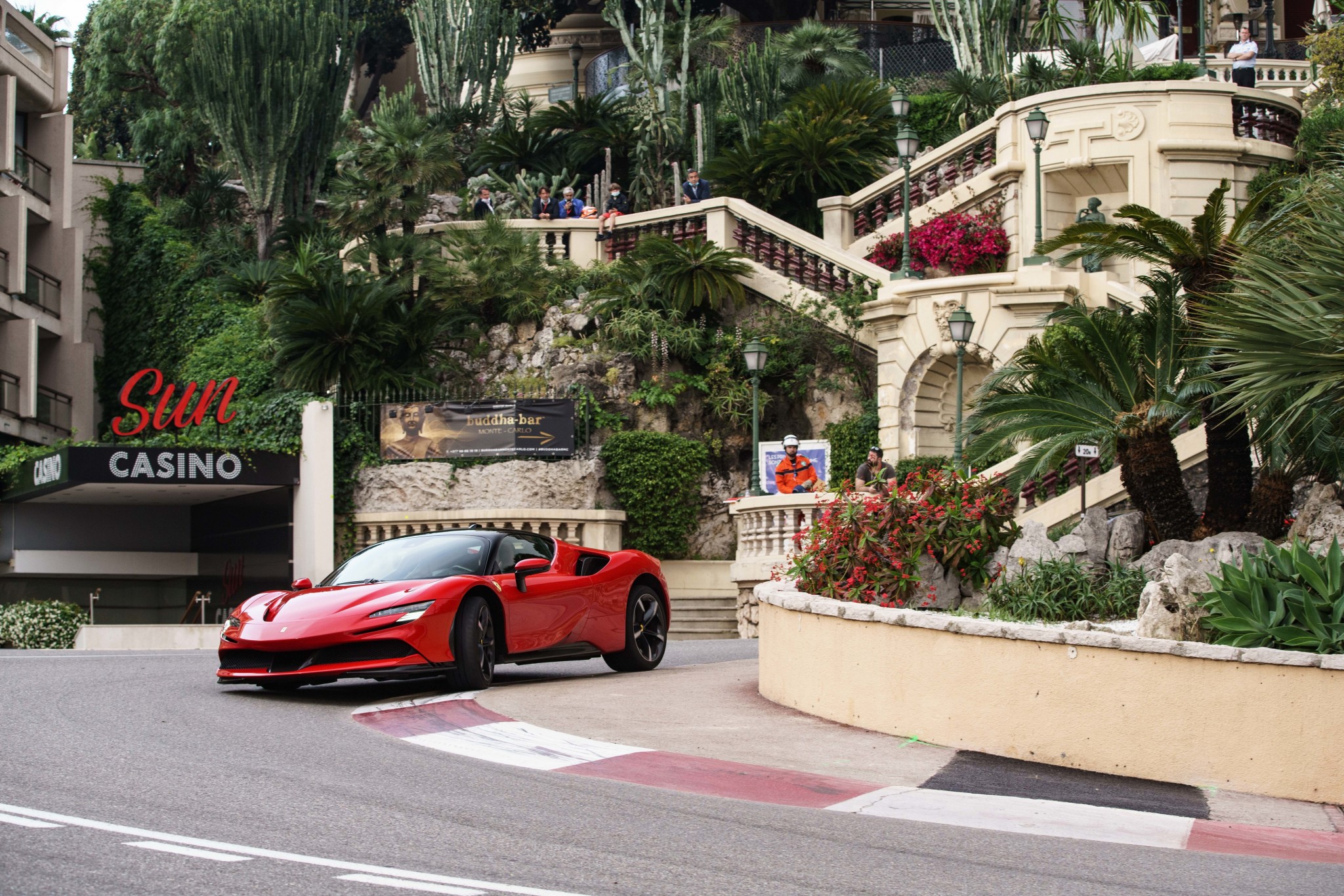 This first post lockdown French shoot symbolically will also mark the start of a gradual return to the ‘new normal’ after the pandemic and the restart for the film industry, impacted significantly by recent restrictions.

Ferrari welcomed partnership in the film as a way of demonstrating support for its Tifosi, clients and supporters as an expression of hope that the world will gradually be able to absorb the painful and complex health crisis which has affected everyone, allowing us to begin to look positively towards the future, also in anticipation of the expected restart of the F1 season in July. 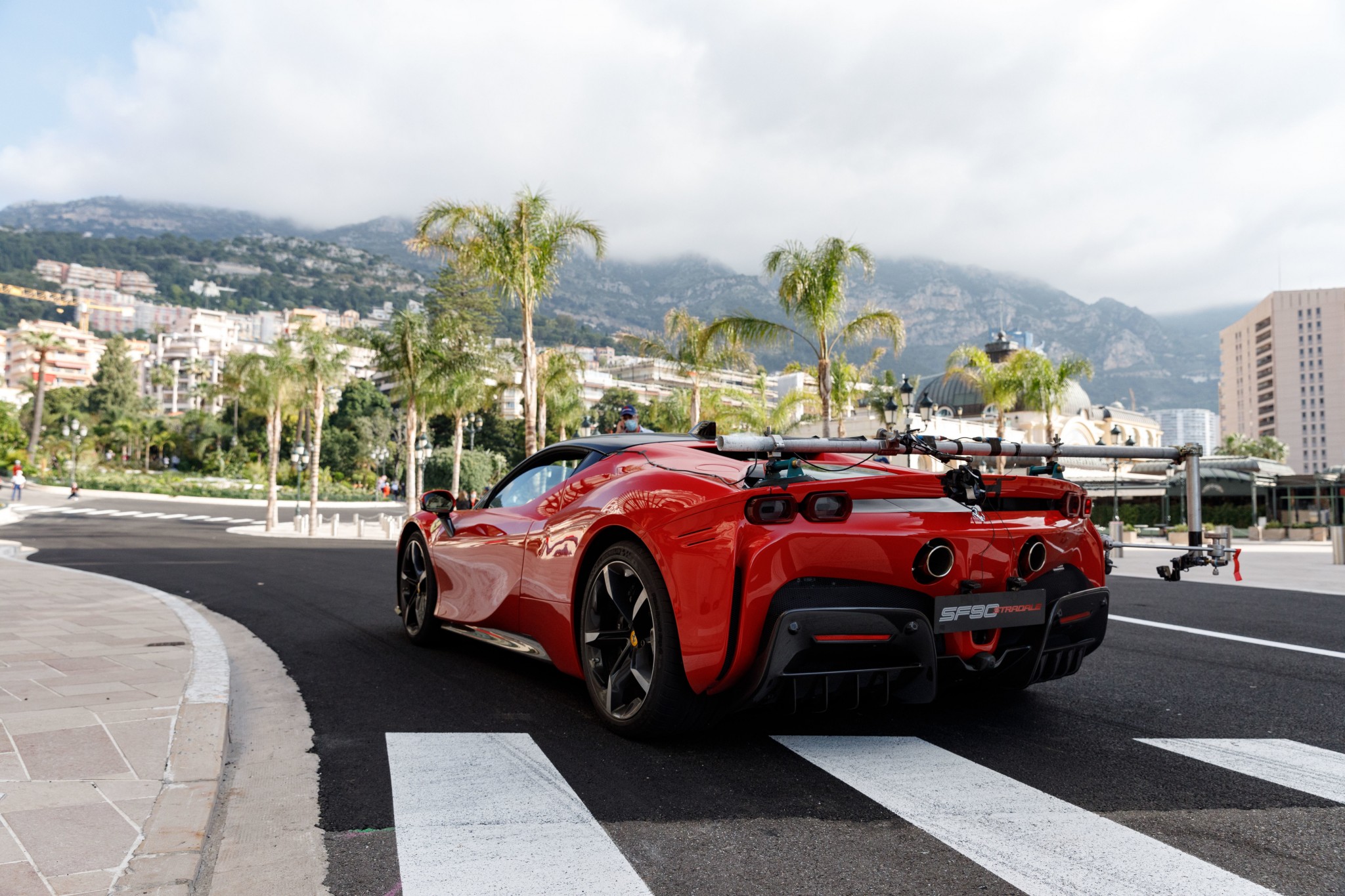 In the same spirit, over the past months, the Maranello marque has continued to demonstrate its commitment to fighting the Covid-19 crisis through concrete support ranging from fundraisers to the distribution of healthcare equipment to hospitals, to the production of respiratory conversion valves at the Maranello factory, to the most recent expression of transfer technology represented in the design of a new pulmonary ventilator, FI5, offered in open source production at a global level.