Legal Column: The quick progress of the new overlords

By Simon John O’Brien and Robert J. Lack | It’s been just over a year since Liberty Media Corporation completed their purchase of Formula 1 at an $8 billion enterprise value. At the time of the purchase, Formula 1, as a brand, appeared to be a slowly sinking ship. Yes, 2016 gross revenues totalled approximately $1.8 Billion, but TV viewership was declining, less than 1% of revenue was from digital sources, and the debt was beginning to mount.

Despite Formula 1 being one of the most televised and watched sports series on the planet, the delivery methods for getting the races to the fans had become antiquated and limiting. With prior ownership more interested in tapping into new geographical markets, rather than building out the fan base to include younger consumers, Formula 1 ownership focused more energy and time into the addition of races like Azerbaijan and Abu Dhabi (smaller TV markets) than they did into reaching a new younger audience in markets where the sport was already prevalent.

The justification for not pursuing a new younger audience came directly from the top. When interviewed on such matters, one well-known former Formula 1-supremo even stated that he was not interested in supporting a digital platform because he did not understand it and that he was not pursuing young fans because young people did not purchase the expensive items that Formula 1 sponsors market. In all likelihood, this short-sighted approach to marketing contributed to the roughly one-third fall in viewership from 2008 to 2016.

During the five years prior to the Liberty Media purchase however, no market was ignored more successfully by those running Formula 1, than the United States. Despite the inaugural race at Circuit of the Americas in 2012, US viewership was allowed to languish. In a market with over 300,000,000 people with access to television and the Internet, with TV networks willing to sign some of the largest sports television broadcasting contracts in history, allowing average viewership in the United States to fall to just over 400,000 people per race in 2016 was a dire misstep on the part of former ownership.

Over the past 12 months, Liberty Media has begun its due diligence for placing races in no fewer than Copenhagen, Miami, Las Vegas and New York City.

Thus, the introduction of Liberty Media, a company led by modern and innovative executives who saw an opportunity to harness modern delivery methods to increase the core Formula 1 fan base in large, often overlooked markets and age groups. As a power player in the world of entertainment and sports marketing, Liberty Media has built an empire, which includes ownership stakes in the Atlanta Braves baseball team, Sirius XM radio, Live Nation, and the quickly growing Drone Racing League (if you haven’t seen this yet, it’s worth a Google search). What Liberty Media seems to understand, that prior ownership did not, is that the modern consumer is not tied only to their televisions. We look to the Internet, social media, and a seemingly endless stream of new mediums to consume our news and entertainment. In order to convert newcomers or casual viewers into diehard fans who are willing to watch every race, attend races in person, or purchase the items sponsored during races, ownership must first work to capture their attention.

During their first year as the newly minted Formula 1 overlords, Liberty Media’s Formula One Group, led by a charismatic television executive Chase Carey, have engaged in a social media blitz. Targeting younger, more technologically advanced audiences around the world by using Facebook, Twitter, Instagram, Amazon and other major web and social media players. Liberty Media has even begun producing new Formula 1 content, TV shows and marketing campaigns. They have created the worldwide Formula 1 Esports Series, a community in which some 60,000 online players can race against one another with the winners being awarded lavish prizes. In short, they are exploring every medium available to them to build a larger, more devoted fan base.

And it’s working! These efforts have resulted in almost instantaneous positive feedback. The number of Formula 1 social media followers has increased by 54.9% from the end of 2016 through to the end of 2017. The amount of content watched, tweets sent and general usage by followers has grown exponentially. One could argue that the increased social media presence contributed to the overall growth of worldwide TV audiences by more than 6% since the purchase, with notable increases in viewership in China (42%), Italy (19%), Switzerland (14%), Denmark (14%), Brazil (13%) and the United States (16% growth to 579,000 watchers per race, with a highwater mark of 1,530,000 US viewers during the 2017 Monaco Grand Prix televised on the same day that the Indy 500 and the NASCAR Coca-Cola 600 posted greatly declining viewership rates when compared to their respective 2016 races).

Interestingly, the above-discussed increases in viewers across the world are occurring at the same time as the number of cable consumers continues to decline, and the number of digital demand content (think Netflix, Amazon, Hulu, etc.) subscribers is ballooning. This changing nature of the content distribution is beginning to dramatically shift the leverage in traditional TV broadcasting contract negotiations.

This shifting tide of leverage is allowing Liberty Media to aggressively pursue one of its key short-term strategies, the implementation of a live streaming Formula 1 service. Although many of the carryover TV contracts are currently standing in the way of such a service, Liberty Media seems to have prioritised their ability to provide this service in their negotiations for new or updated TV contracts.

In fact, shortly after Liberty Media’s acquisition of Formula 1, NBC (who has held Formula 1 broadcast rights in the USA for years) and Liberty Media opted to part ways, partially due to Liberty Media’s hardline approach to pursuing a live streaming service. After opening negotiations for US TV broadcast rights to all parties, ESPN/ABC won the contract and will air all 21 races on the 2018 calendar. The most intriguing comment to emerge from contract negotiations came from an NBC executive’s official statement following the end of negotiations: “In this case, we chose not to enter into a new agreement in which the rights holder itself competes with us and our distribution partners”.

Liberty Media is focusing its research on sites that are most likely to assist with the growth of the fan base.

In other recent broadcasting negotiations, Liberty Media has placed similar importance on their ability to provide live streaming services via online and social media mediums. This is not to say, however, that Liberty Media wants to be the only provider of Formula 1 content online. It is worth noting that a recently signed contract for the Spanish TV market included a provision whereby Liberty Media agreed to assist the broadcast partner in developing and promoting exclusive content for the partner to provide to its consumers, including content to be made available over the partner’s digital and social media platforms. In addition to increasing its own social media presence, it seems evident through their recent broadcasting contracts that Liberty Media is less concerned with owning the digital platform, as they are in simply growing Formula 1’s digital presence to take advantage of the untapped digital revenue potential.

As Formula 1 continues to grow in popularity among the young and the technologically savvy, be on the lookout for the potential creation of an online streaming Formula 1 channel owned and operated 100% by Liberty Media.

The NFL and MLB route

In a similarly inspired move, Liberty Media has decided to go the route of the National Football League and Major League Baseball and intends on increasing the number of events in a race season. Realising that Formula 1, at its financial core, is a televised travelling circus of speed, danger and engineering mastery, it seems obvious that the simplest way to increase earnings is to increase the number of performances. This is not something that went unnoticed to the prior ownership. However, in the year since purchasing Formula 1, Liberty Media executives have shown a different approach in choosing locations in which to stage a race. Less interested in large payments from sultans or kings, Liberty Media is focusing its research on sites that are most likely to assist with the growth of the fan base. Over the past 12 months, Liberty Media has begun its due diligence for placing races in no fewer than Copenhagen, Miami, Las Vegas and New York City, with a goal of having 25 races on the race calendar by 2020.

Instead of an epilogue

In conclusion, this article has become a mile wide and an inch deep. Having focused on updates and changes that Liberty Media is already implementing, ranging from increasing television ratings to discovering new revenue sources through various mediums of content distribution, then finally to extending the race season through strategically chosen track locations. And yet, there still exists a multitude of issues with this imperfect sport that we all love. Whether it is the overabundance of design regulations and limitations on engineers, or the discussion on limiting team spending, in reviewing some of the moves already made by Liberty Media over the last year, I’m happy to report that no matter what else may occur, at least the new overlords of Formula 1 seem to be focused on building the sport for the fan and the future of fan experience. I wish them great success! 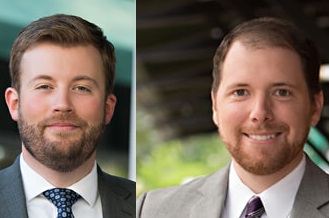 Simon O’Brien and Robert Lack are colleagues, attorneys in Charlotte, NC who focus on business transactions, motorsports, and taxation. Simon has been an avid Formula 1 fan his entire life, and has chosen a legal career representing racing drivers, driver management groups, and race teams across a variety of series. Robert is new to Formula 1 but is picking it up quickly. When not cheering on the Wolverhampton Wanderers, he is wrenching and driving his 1962 Triumph TR3. Simon may be the knowledge base, but Robert is invaluable for his ability to peer pressure Simon into timely writing and editing column entries.