Liberty takes back control in Brazil

By Garry Sloan | The news broke last week amid controversy that Formula 1 will move from Interlagos in Sao Paulo to a new purpose-built track on the outskirts of Rio de Janeiro. The construction of the new circuit would require the deforestation of the Camboatoa region with the felling of 200,000 trees, something the developers claim will be negated by the planting of 700,000 new trees. In Brazil, there is mounting public opposition to the proposal with a petition entitled “For the preservation of the Camboatoa Forest! Let the race track be somewhere else” already receiving over 28 million signatures. So why has Liberty Media chosen to leave behind a top 5 racetrack steeped in Formula 1 history and much loved by the fans and move to a new track in Rio?

We must wind the clock back to 2016 when Liberty entered the bidding process to purchase Formula 1 from then-owners CVC Capital under the guidance of Bernie Ecclestone.

Ecclestone had persuaded CVC to restrict access to sensitive commercial information including broadcast rights to potential bidders as he was worried the data may be used to start a rival series.

The restriction of due diligence meant some bidders left the process but not Liberty who were determined to gain control after previously losing out in 2005 to CVC.

On September 6th, 2016, the Liberty Media team entered Formula 1’s headquarters. The data was to be available for scrutiny for only that day and it was pointed out that Hellman & Friedman, a US private equity group and a former major shareholder in Formula 1, were ready to purchase the assets. Liberty proceeds on Ecclestone terms.

After the deal was concluded, Liberty discovered a few unpalatable facts one being the races at Monaco and Brazil did not pay hosting fees, a critical revenue stream for the commercial rights holder.

Monaco had argued not unreasonably that Formula 1 needed Monaco more than Monaco needed the sport, something Liberty reluctantly accepted.

Brazil was a completely different story; the hosting fees had been paid not by the Brazilian government nor the city of Sao Paulo but through a subsidy by the Brazilian broadcaster Globo TV. Ecclestone agreed to a cancellation of this fee for 2018, 2019, and 2020 seasons.

So the question is why the remarkable act of generosity?

Well, Ecclestone who was living on his Brazilian coffee farm with his Brazilian fiancé Fabiana Flosi, the VP of Marketing for the Brazilian GP, had a plan to buy the circuit from the city of Sao Paulo.

In 2017, along with Brazilian race promoter and long-time business associate Tamas Rohonyi, Ecclestone started negotiations with Sao Paulo politicians to purchase the Interlagos circuit. The negotiations ended without a deal.

Ironically, the track will be built by Spanish conglomerate Acciona S.A, who is currently constructing a new Metro line in, wait for it, Sao Paulo!

Liberty and Chase Carey were not amused and immediately started a “plan B” with Carey stating the following: “We are thinking of replacing a number of existing races with unfavourable contracts with new races that offer better entertainment”.

So in 2018 Formula 1’s chief executive visited Rio de Janeiro and met with city officials to start negotiations; this proved to be the beginning of the end for Interlagos.

Liberty’s PR spin was to highlight the negative publicity the Sao Paulo race had received in 2017 after a spate of violent incidents including the robbing of Mercedes team personnel when they left the circuit.

Liberty continued to promote the desire for races to be held in glamourous “destination cities” with Miami and Las Vegas tipped as likely venues.

Rio de Janeiro was portrayed as a city of samba, the famous carnival, stunning beaches, and the verdant mountains. Liberty entered into negotiations with little known Rio Motorsports, a consortium of investors headed up by founder JR Pereira.

Pereira sold the deal to the Brazilian authorities on the basis it would not require public funding – something that could not be said of Interlagos which would continue under city ownership with city councillors voting to renew the circuit’s concession.

Rio Motorsports were bequeathed the land to build the Rio Motorpark from the Brazilian military and the consortium are to be responsible for the $170 m costs of the Hermann Tilke-designed track.

Ironically, the track will be built by Spanish conglomerate Acciona S.A, who is currently constructing a new Metro line in, wait for it, Sao Paulo!

The real prize for Liberty is TV rights and more importantly the streaming service.

Rio Motorsports have refused to reveal any specifics on financing instead of pointing out the potential revenues of the venue which will accommodate 130,000 fans compared to 60,000 at Interlagos.

Although Rio Motorsports claim no public support the deal will be financed through a real estate development of additional land granted to the consortium in the deal. 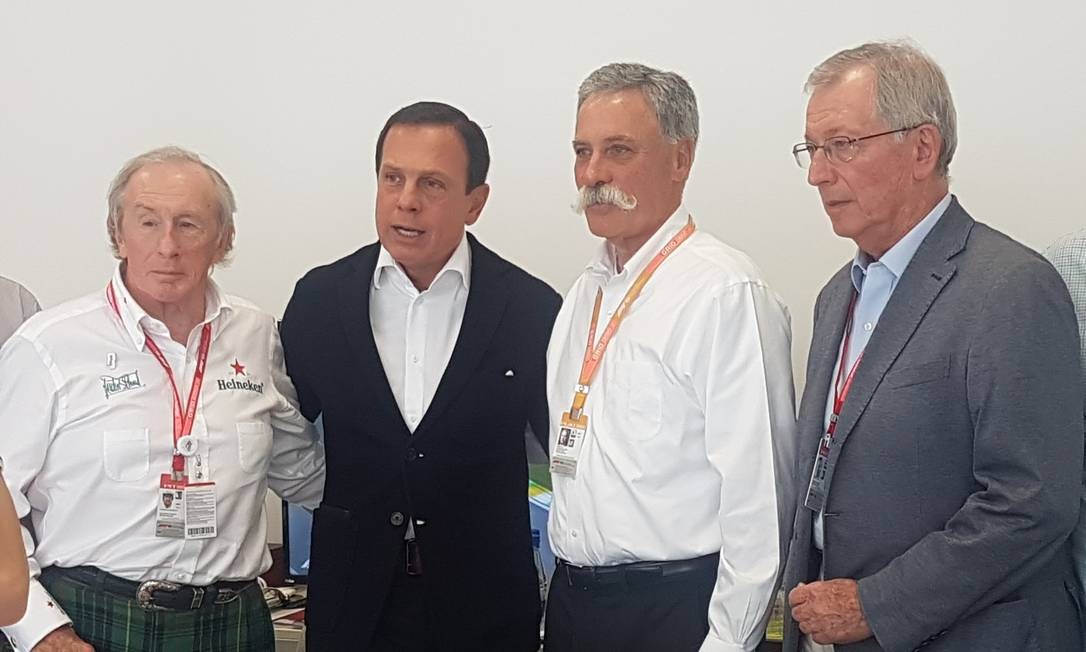 Rio Motorsports has also secured the support of the state government with its sports secretariat approving tax breaks of $72m in 2021 and 2022 with the stipulation the money is to cover Liberty Media’s hosting fees and not any construction costs.

Liberty’s relationship with Interlagos promoter Tamas Rohonyi further soured when the 2020 race was cancelled due to the pandemic, leaving Rohonyi fuming as he predicted the losses incurred could mean the end of Interlagos in the longer term.

Threatening legal action over the decisions Rohonyi stated: “Either Formula 1 remains here or Brazil will no longer have a Grand Prix”.

It all became a technicality when Liberty agreed on terms with Rio Motorsports and the race at Interlagos became history. Rio Motorsports have also reached a deal with MotoGP to host the series for five years starting in 2022.

Although Rio Motorsports have acquired the broadcast rights for five seasons for an undisclosed sum, Liberty has retained the right to launch its premium F1 TV OTT service which it cannot do under the current contract that only allows the sale of its basic Access service.

Obviously, Liberty needs to keep its long-term business model, meaning that the company expands and retains the revenue from the paid streaming service. In a worrying development for Liberty, Rio Motorsports, who also own the broadcast rights for Moto GP, missed payments to rights holder Dorna Sports.

The MotoGP rights were then transferred to Disney-owned Fox Sports Brasil, a partner of Rio Motorsports’ in a deal that ensured future payments were met, and broadcasts would continue.

Rio Motorsports was said to be looking to renegotiate its contract due to calendar alterations caused by the COVID-19 pandemic.

At the end of the day, Liberty Media will have a new circuit in a destination city with tens of millions of dollars in hosting fees and the lucrative TV monies.

Therefore, losing some trees and the disappointment of fans worldwide at the loss of Interlagos will not, I assume, keep Carey & Co awake at night.

A passionate Formula 1 fan with a curious and often cynical mind, Garry has used his investigative talents and forensic analysis to explore the world of F1. “In the pit lane – F1 exposed” is his first book in the series which he hopes will spark discussion and maybe positive changes within the sport. Check inthepitlane.com!