MCL36 is introduced by McLaren Racing 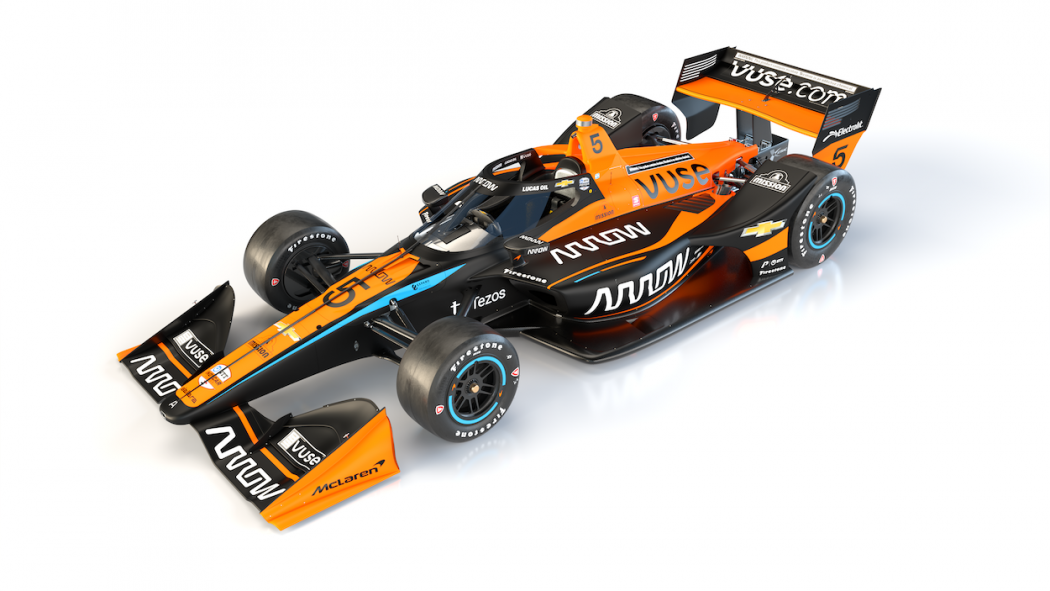 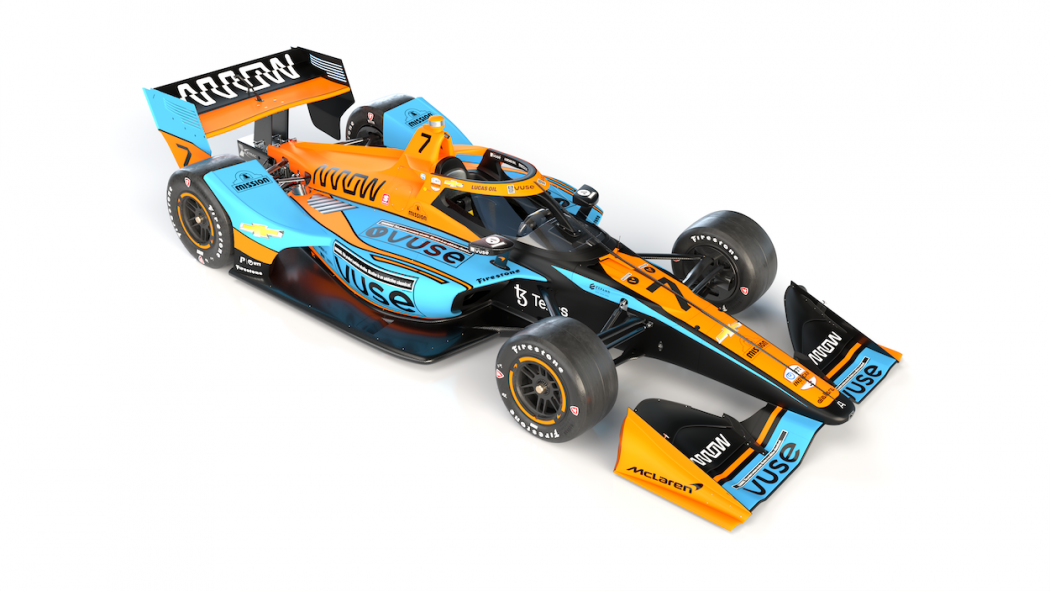 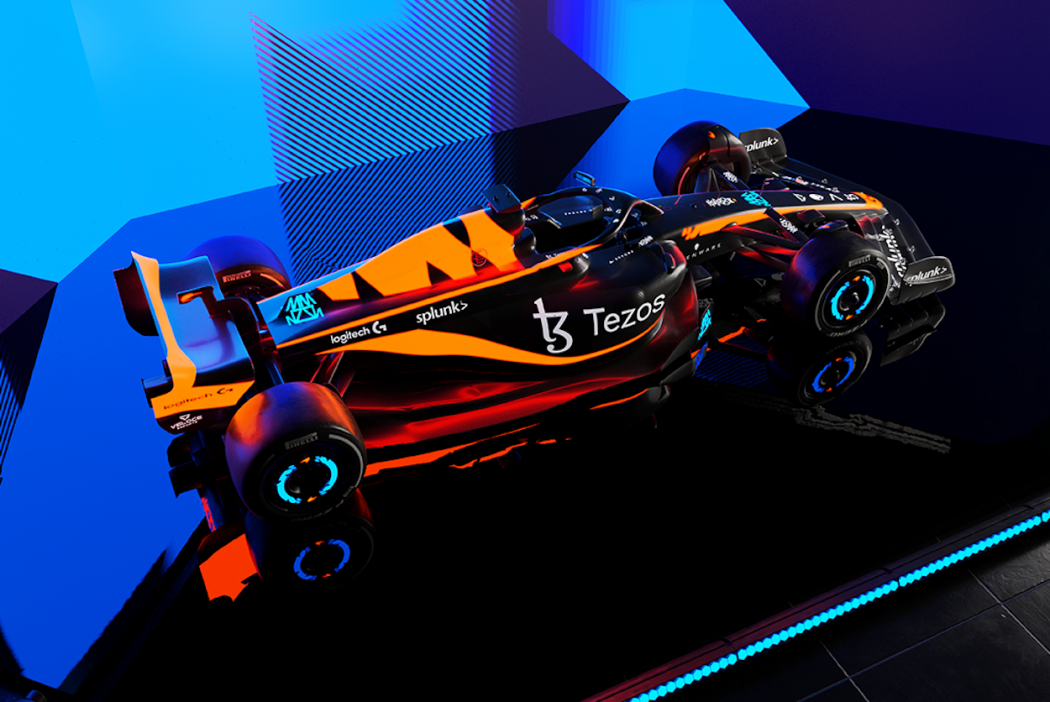 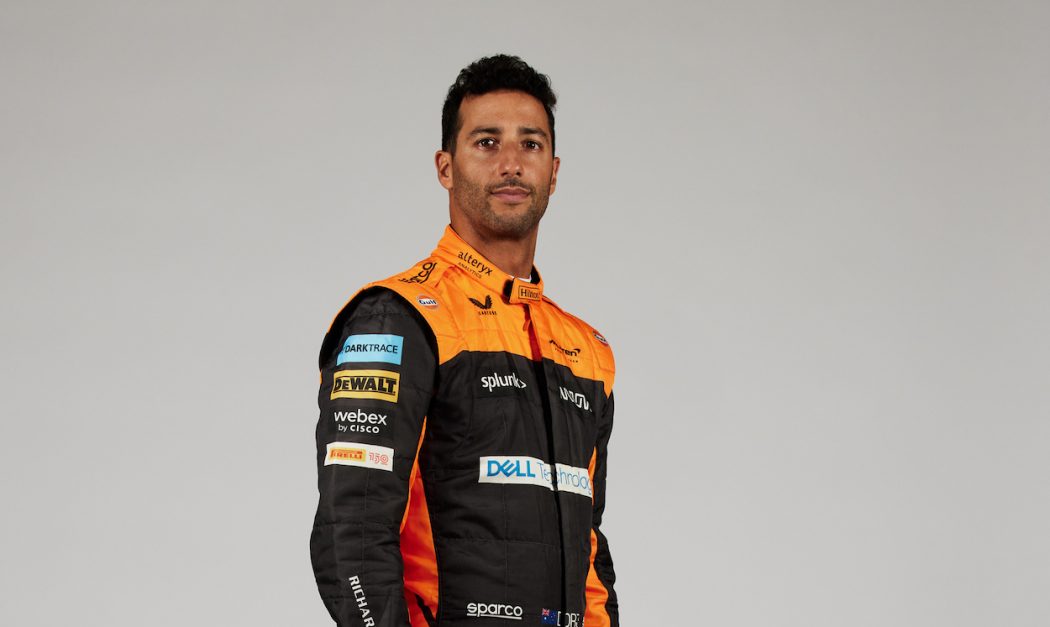 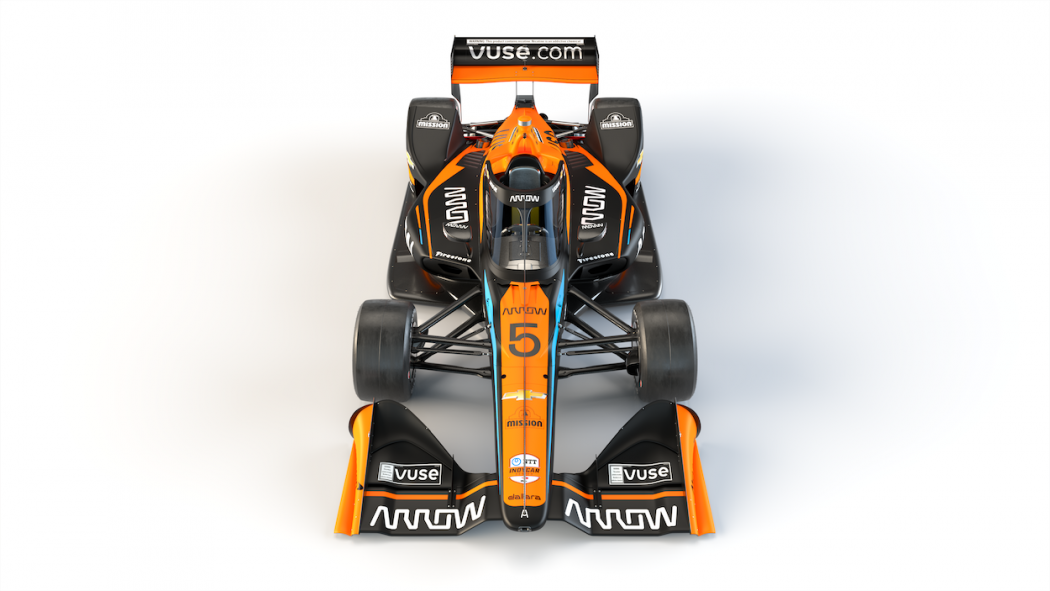 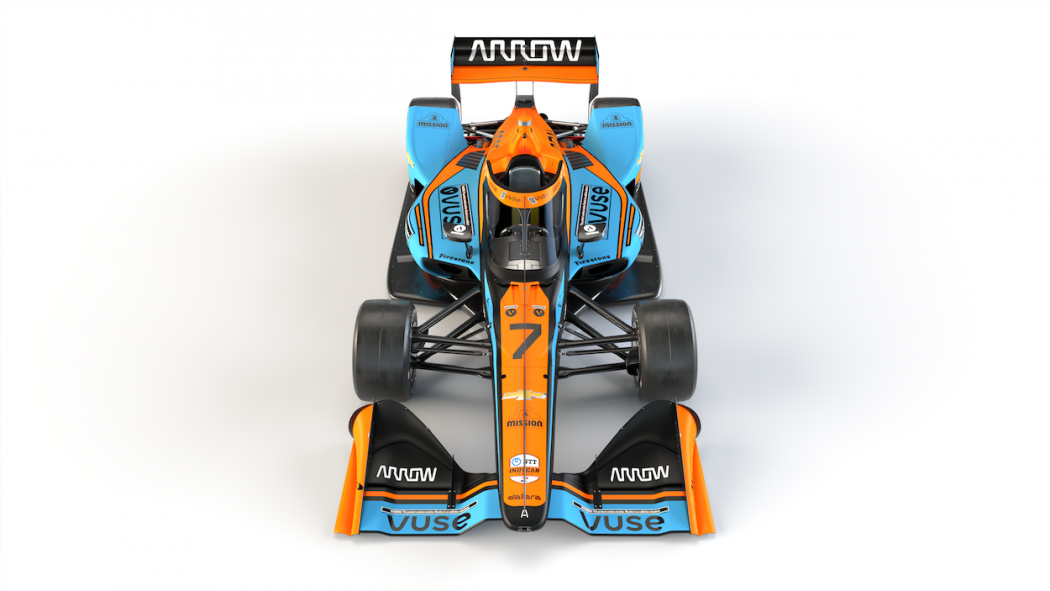 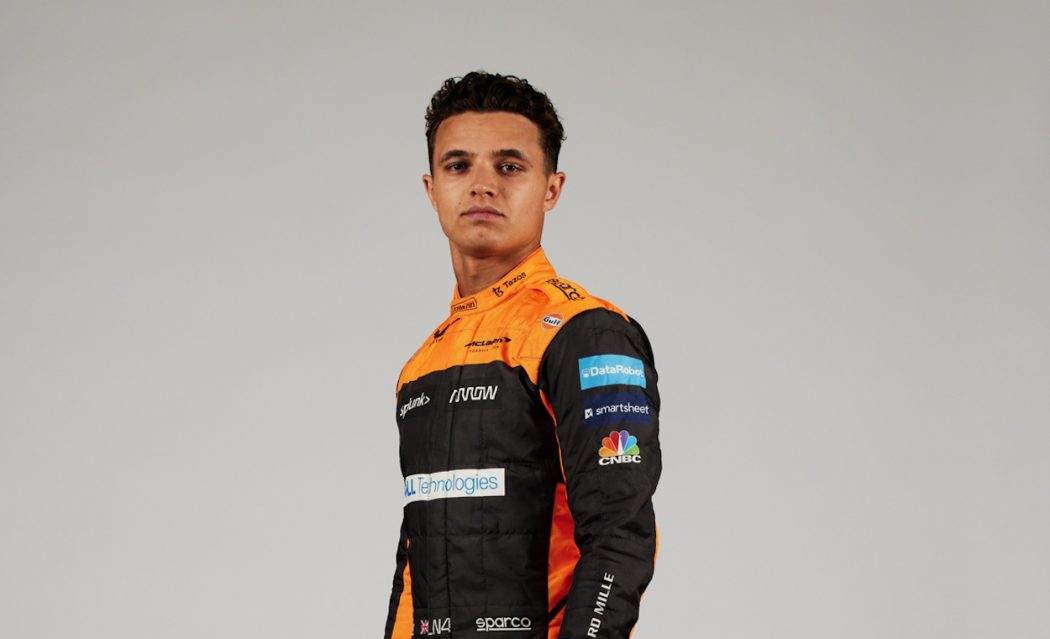 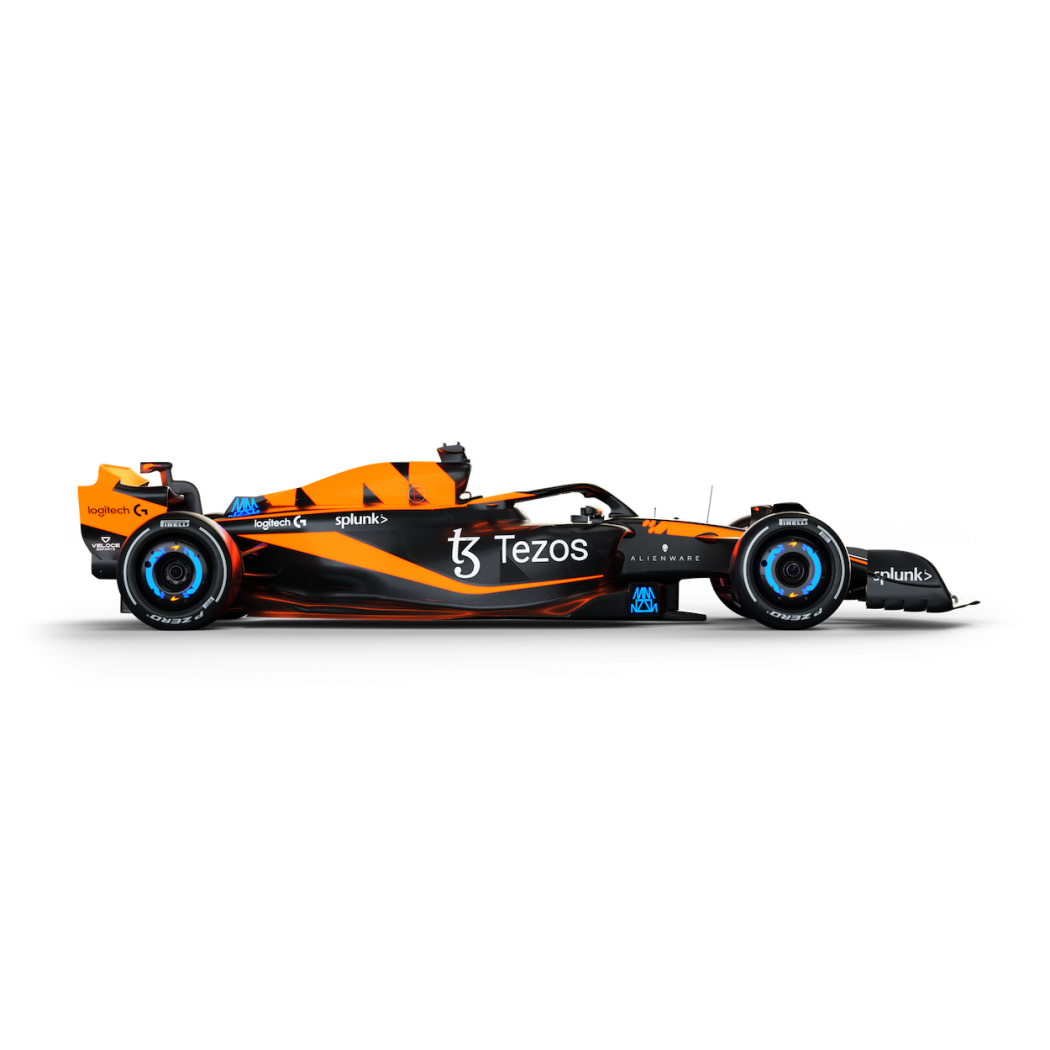 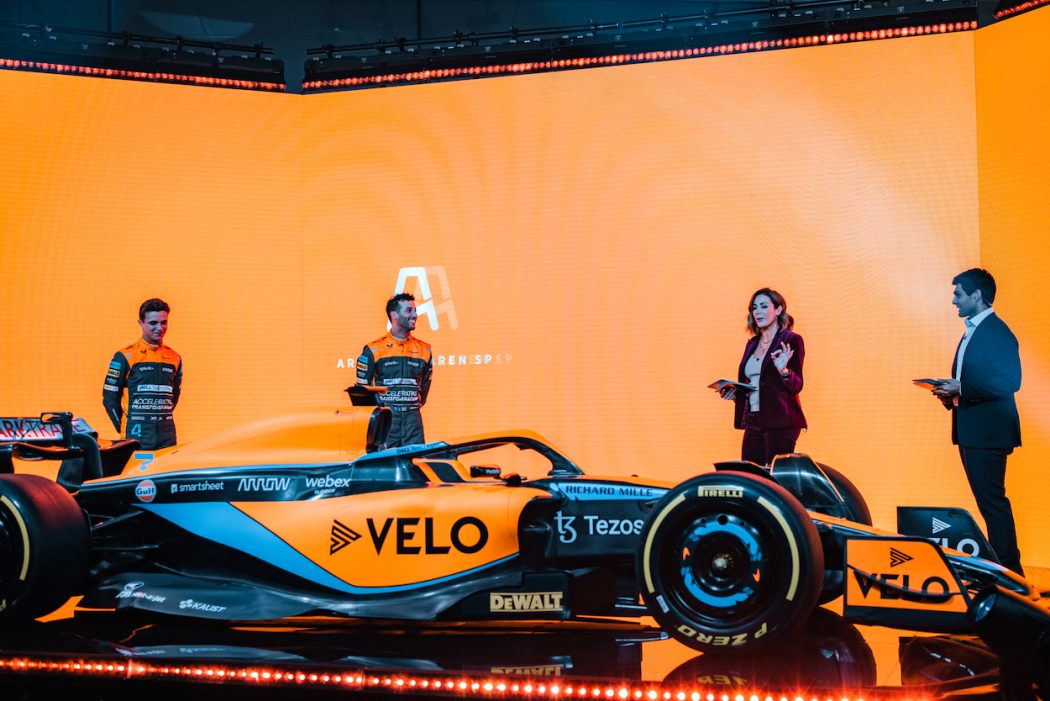 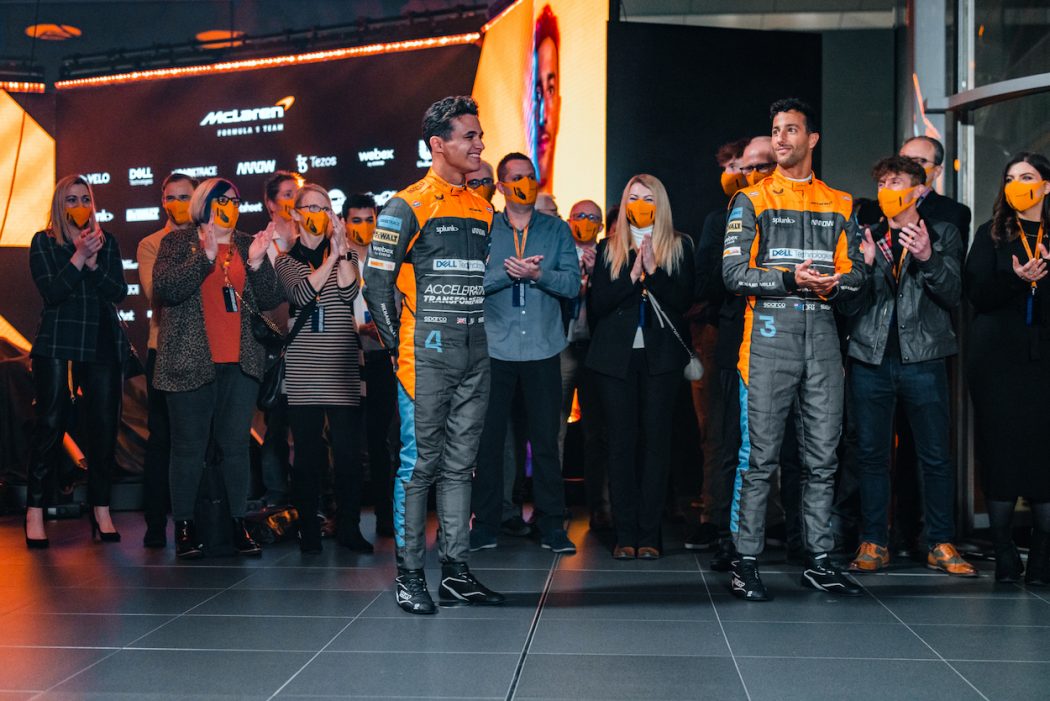 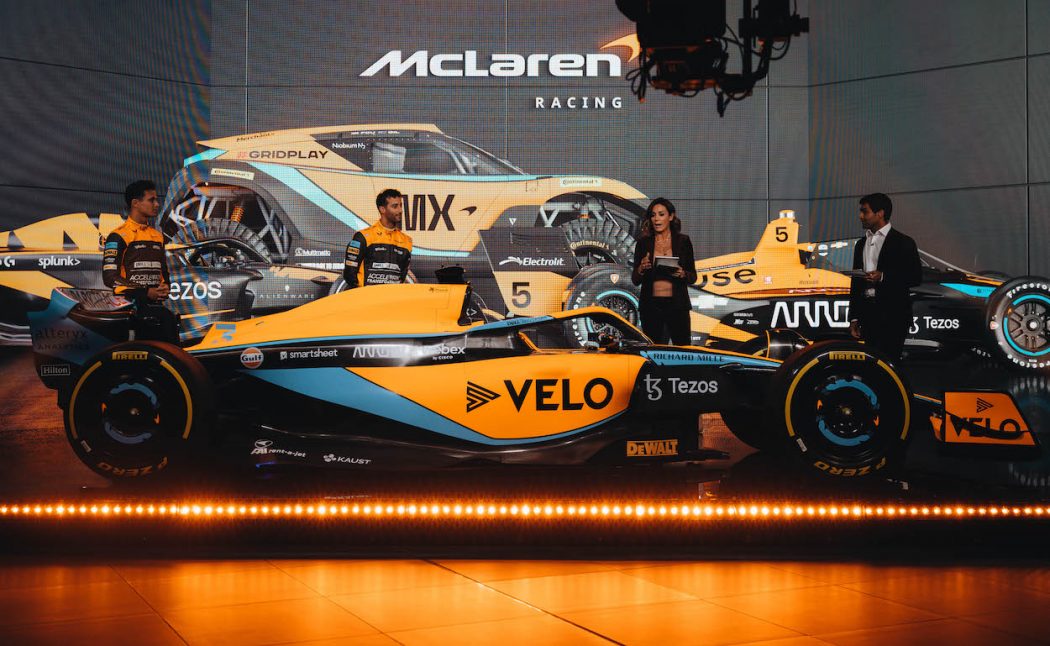 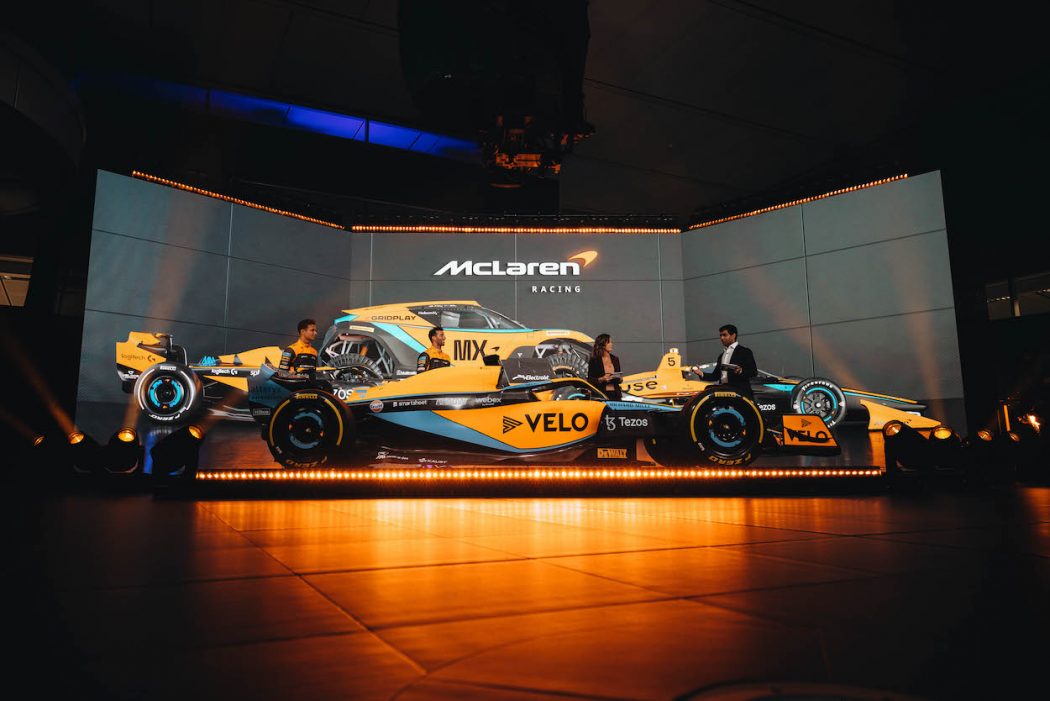 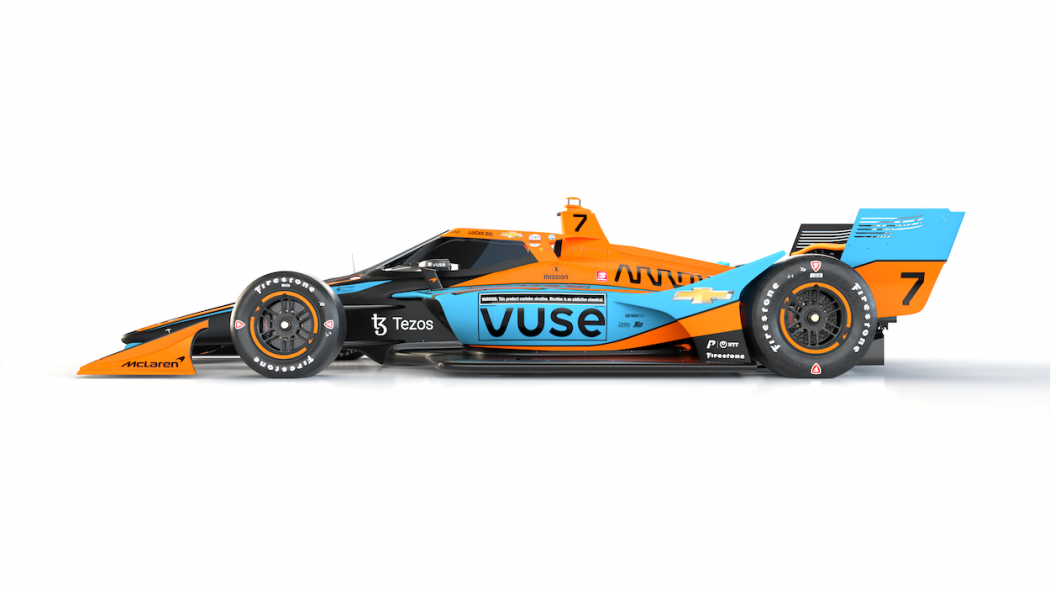 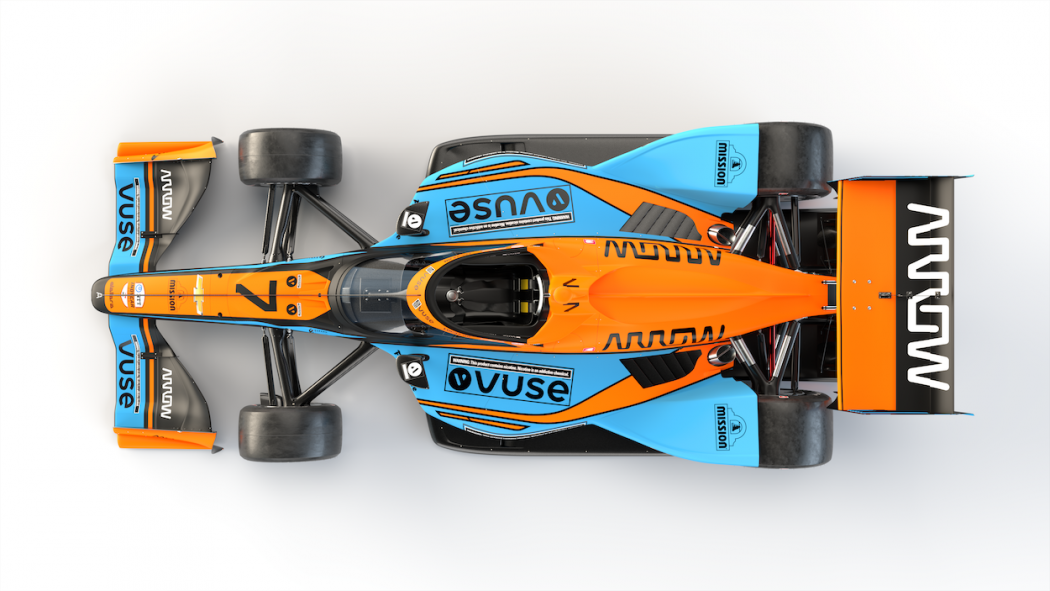 McLaren Racing today unveiled its new MCL36 to a live global audience ahead of the 2022 FIA Formula 1 World Championship. To be piloted by Lando Norris, 22, from the UK, and Daniel Ricciardo, 32, from Australia, the MCL36 is built to the new era of Formula 1 regulations, which aim to provide closer racing and more on-track action for fans.

Over the course of the 2021 season, McLaren made significant progress on its journey back to the top of the sport, including securing the team’s first win since 2012, and the only 1-2 finish of the 2021 season at the Italian Grand Prix in Monza. In addition, the team further closed the gap to the top teams, securing their greatest number of world championship points since 2012.

The MCL36 was revealed at the crescendo of the McLaren Racing 2022 launch, alongside the team’s INDYCAR and Extreme E contenders, each sporting common livery colourways, galvanising the McLaren Racing family ahead of their respective campaigns.

Designed under the leadership of Technical Director James Key and produced by the team in Woking, led by Operations Director Piers Thynne, the MCL36 features several striking and dramatic changes compared to the MCL35M. The return of ground-effect to Formula 1 changes the fundamental philosophy of the car and is part of new regulations aimed at improving racing by reducing the amount of disrupted airflow generated by the cars. The MCL36 is powered by the Mercedes-AMG F1 M13 E Performance which was integrated into the McLaren chassis and gearbox with support from Mercedes HPP in Brixworth, UK.

Lando, Daniel and the team will take the MCL36 to the track at the Circuit de Barcelona-Catalunya, during the first of two pre-season tests ahead of the opening race of the season at the 2022 Bahrain Grand Prix on 20 March.

I’m delighted to see us launch all three McLaren Racing programmes across the Formula 1, IndyCar and Extreme E championships today. This is a first for us as a team, and in the wider world of motorsport, and it’s been fantastic to see how excited the fans have been as they get ready to join us on the next part of our journey.

Our Formula 1 team continues to make great progress year on year with Andreas Seidl at the helm, and this new era of regulations represents a real opportunity for the team. I’m excited to see Lando and Daniel get behind the wheel of the MCL36 and take it to the competition this year. Lando made great progress in 2021, scoring four podiums, and Daniel’s sensational victory in Monza reminded the team what it feels like to win again. As we head into 2022, we’re looking to build on that progress and further close the gap to the teams at the front.

In the US, Arrow McLaren SP enters the 2022 INDYCAR season with great momentum after a close championship battle in 2021. Pato has grown tremendously over the past two seasons, securing two wins and staying in the title fight right until the final race. Felix is an incredible talent who joins us again to show his true potential in the No.7 car.

We’re thrilled to be launching our Extreme E team and livery ahead of the first race in just under a week, with Emma and Tanner getting behind the wheel of the No.58 McLaren car. It’s fantastic to be joining this innovative and exciting new series, which will help accelerate our own sustainability mission. All of us at McLaren can’t wait to see what Emma and Tanner can do out in the desert at our inaugural X Prix.

Commercially, we head into the 2022 season as strong as ever with an expanded portfolio of valued partners, each crucial in driving our ambitions as a team forward, and without whom we simply wouldn’t be able to go racing. Together we’re working closely, not only to unlock on-track performance but also to innovate and develop new ways of addressing sustainability challenges in broader society.

Being voted the fans’ favourite F1 team last year by some margin and is ranked a close second in the same survey in IndyCar after just two years, is not just hugely rewarding but more importantly reminds us that our fans are at the centre of everything we do. We never take them for granted.

Launching each of our competitors together this evening is an extremely proud moment for our team, a lot of work has gone on behind the scenes to prepare for today, and now all that’s left to do is hit the track and start racing.

After a couple of months away from racing, all of us at McLaren are excited to get back to the track and discover this new era of Formula 1 regulations head-on. Over the last year, the team have been hard at work developing the MCL36, seeking to take advantage of any opportunities we might find in the design and production of these new cars. Formula 1 and the FIA have done an important job developing these new technical and sporting regulations, which, in combination with the cost cap, aim to create closer racing and a level-playing field for competition.

Lando’s performance in 2021 was one of the standouts of the season, with four podium finishes and a pole position. He came agonisingly close to his first race victory, and although we didn’t quite achieve that, he’s proven to the world that he can become a Grand Prix winner.

After finding it harder to adapt to the MCL35M than he might have expected, Daniel rallied to a strong finish in the second half of the season and captured McLaren’s first win since 2012. Throughout the season we saw Daniel’s skill, resolve and trademark positive attitude despite difficult moments, and we head into 2022 better prepared to tackle this new challenge.

Together, Lando and Daniel comprise one of the most competitive driver line-ups in the sport. We can’t wait to see what they can do with the MCL36, into which every member of the team in Woking has poured enormous amounts of effort, passion and determination. We hope that our incredible fans will join us in cheering on Lando, Daniel and the MCL36 throughout the season and the support we feel around the world is truly inspiring for us.

Our objective for this season is clear and consistent with that of previous years: we want to further close the gap to the front of the pack. At the same time, we know and respect the tough competition we’ll face and have a realistic view of where we are on our journey. We’re working through a package of key infrastructure investments, which will provide us with the tools required to compete at the top of our sport when they come online.

Thank you to every single member of the team for their hard work and commitment to bring our new MCL36 to the track soon. Let’s go racing!

A new era of regulations is always an exciting moment in our sport. With it comes the potential to totally re-evaluate the philosophy of our package, and these rule changes are no different.

With a blank sheet of paper, the team here at McLaren have been working hard to establish a competitive platform for this and future seasons. However, we know we’ve only just begun to unlock performance from this regulation set, and that one of the key features of the 2022 season will be the intense development war as teams assess each other’s designs and innovate new ways of generating downforce through ground-effect.

It’s been some time since ground-effect had such a predominant role in Formula 1, but it provides a great potential to create closer and more exciting racing with these new regulations.

The team at Woking have been working round the clock to design, produce and assemble this car, under tricky conditions over the last year, as the world still battles the risks posed by covid-19. I’m immensely proud of how the team have risen to this challenge in a safe yet effective manner. Now we put the fruits of their labours onto the track and take the development battle to the rest of the grid.

It feels like a long time since we were last on track in Abu Dhabi, and I can’t wait to get back in a car and put the MCL36 through its paces. Last year was my best in Formula 1 so far, and I’m really proud of what I achieved as a driver, and what we achieved as a team. But I know that the best is yet to come, and my aim is to carry the positive momentum we built up over the last year and take that with me into this exciting new era of Formula 1.

I’m in a good position heading into this year to build on the successes of 2021. I’ve grown up alongside McLaren and I’m really delighted to have recently confirmed my long-term future with the team. Together, I’m looking forward to finding out what we can achieve, and I’ll be working hard to maximise any opportunities that come our way.

There’s always a nervous excitement around the start of the new season, but that’s turned up to 11 when you enter a new era of regulations. Having been through several regulation changes now, I feel like I’m able to use that energy to help me adapt to new cars, new ways of driving and ultimately new ways of racing. These new cars will feel very different to the previous eras I’ve driven, but I’m hopeful that will come with closer racing and more opportunities to get to the front of the pack.

Heading into my second year with McLaren feels great and I feel like we learned a lot as a team in 2021, which will help us as we take on this new challenge. Securing the win in Monza was a real highlight of my career, but that’s all in the past now, and I’ll be giving it everything to secure more moments like that for the team throughout the 2022 season.