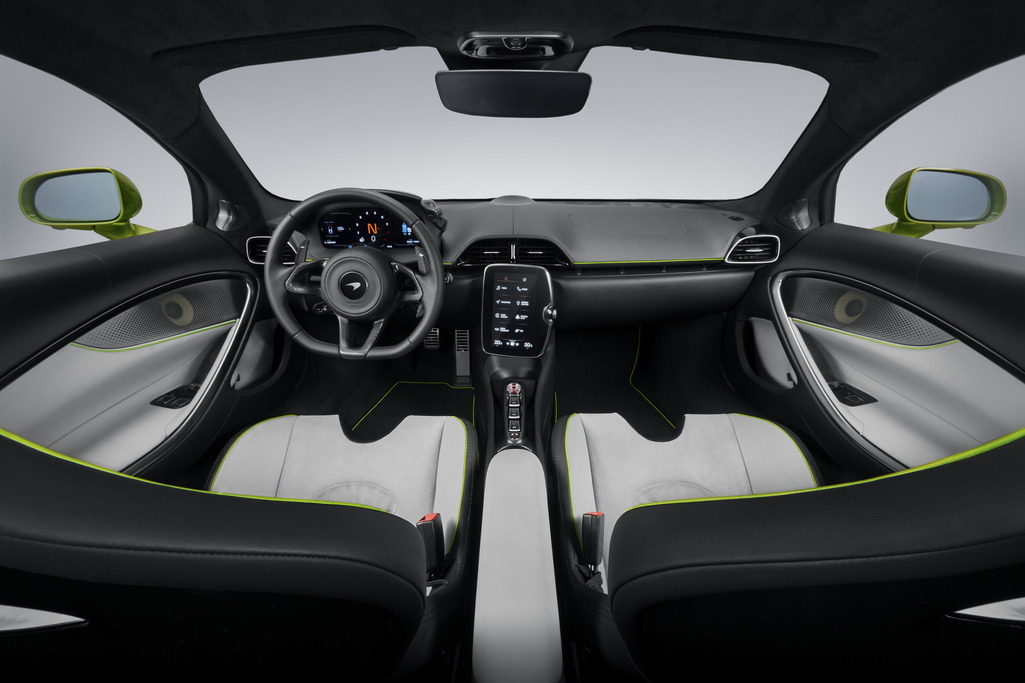 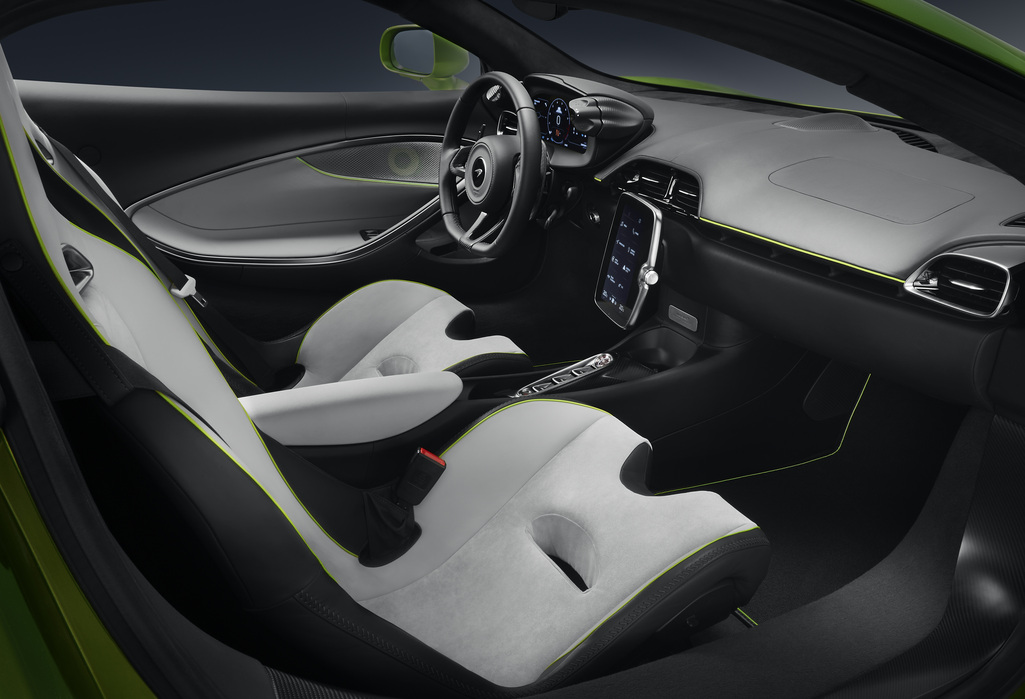 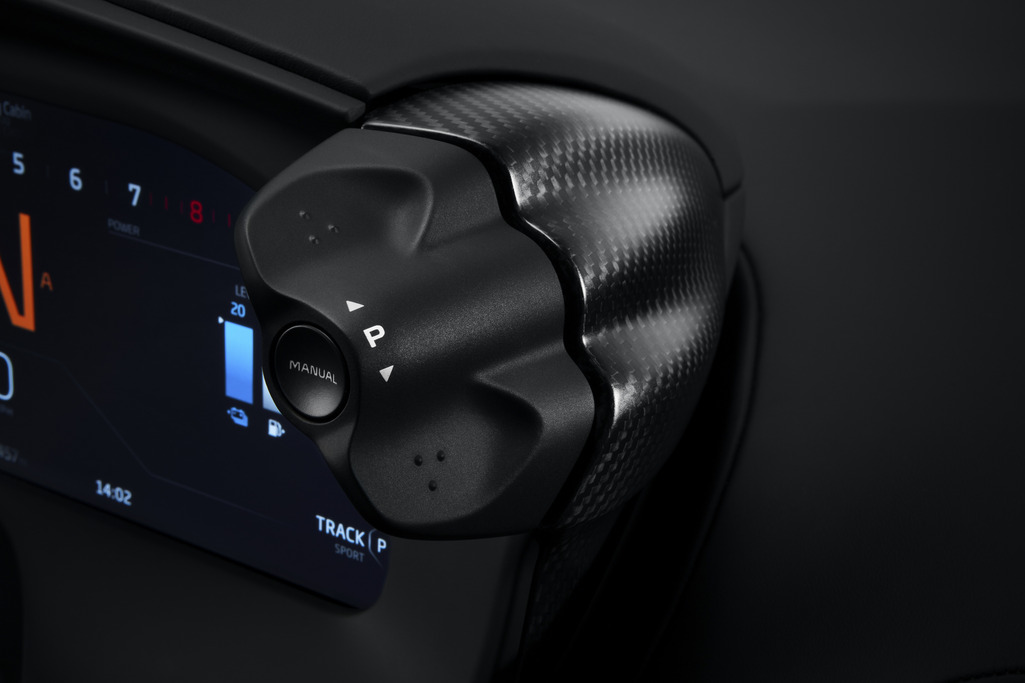 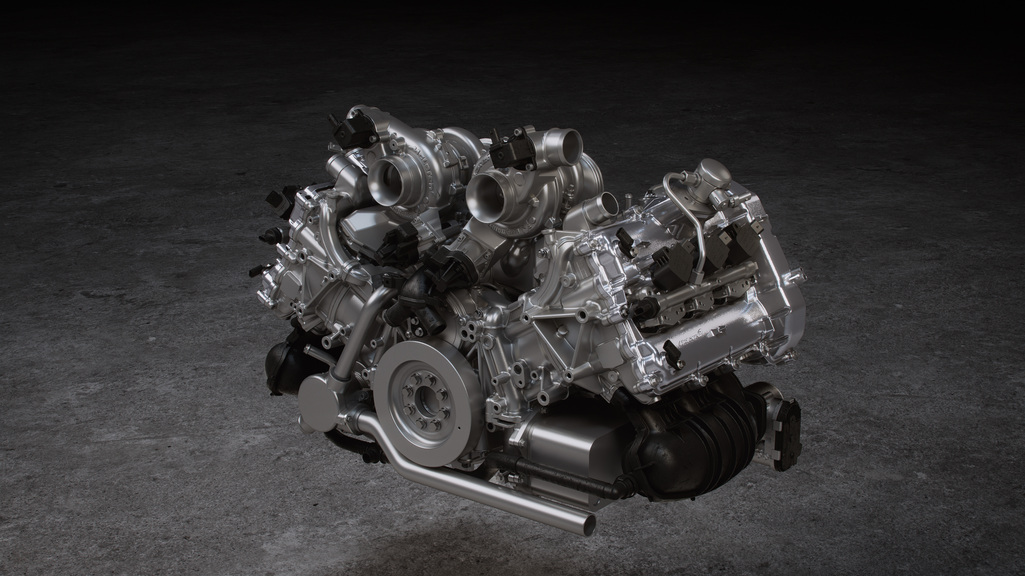 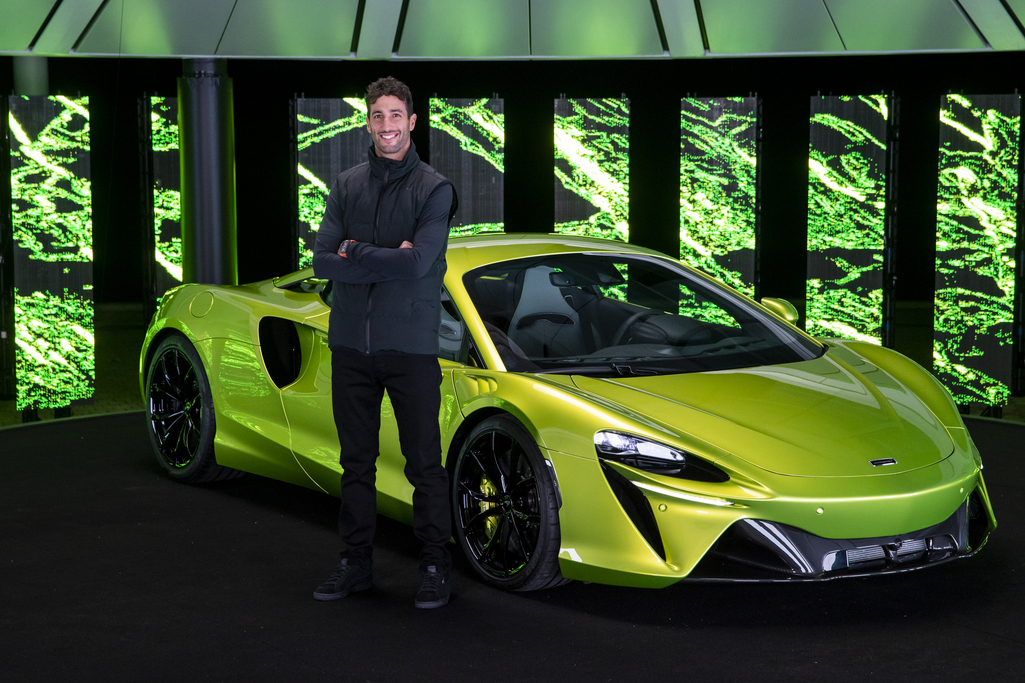 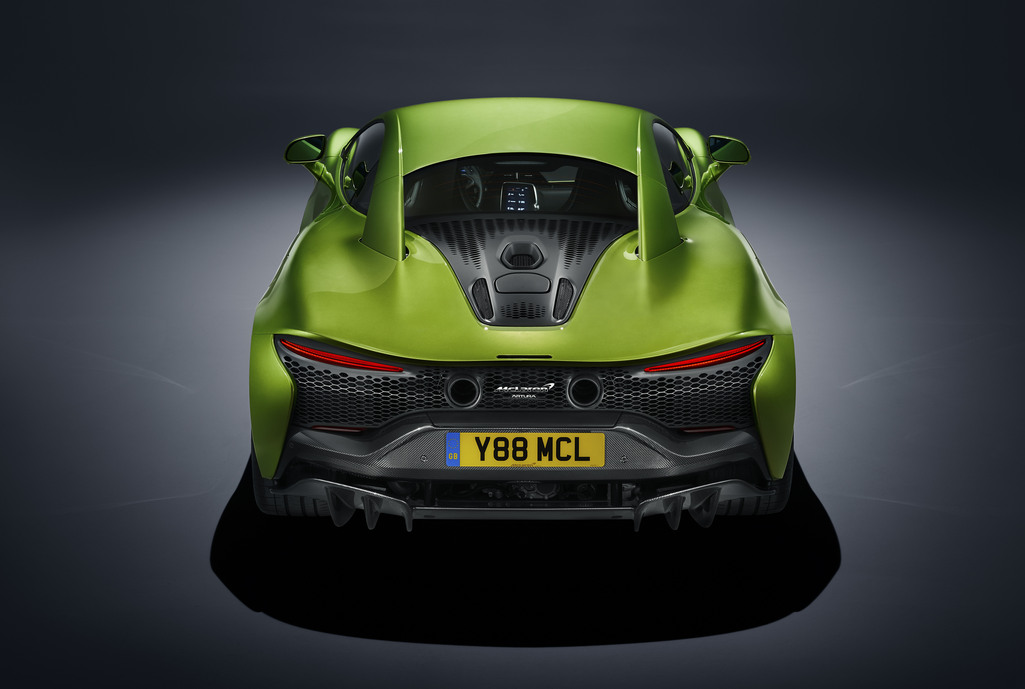 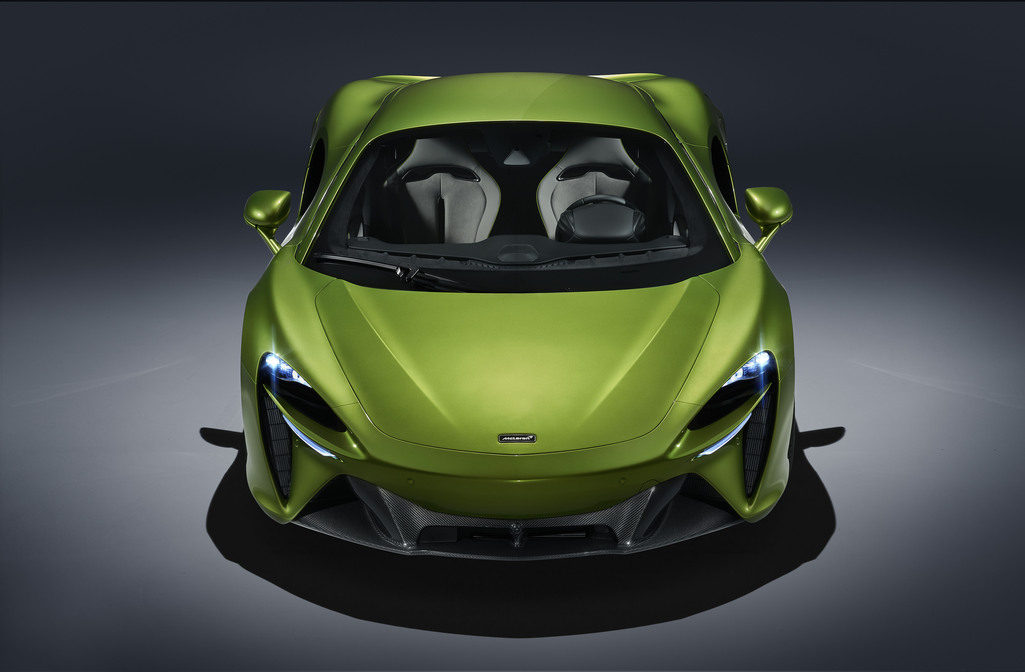 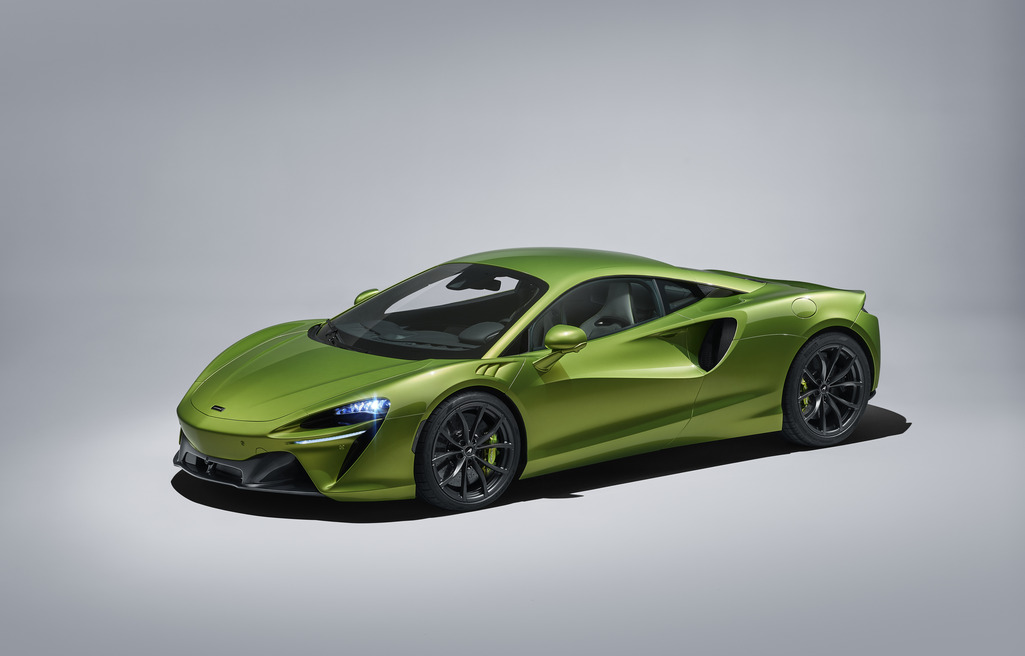 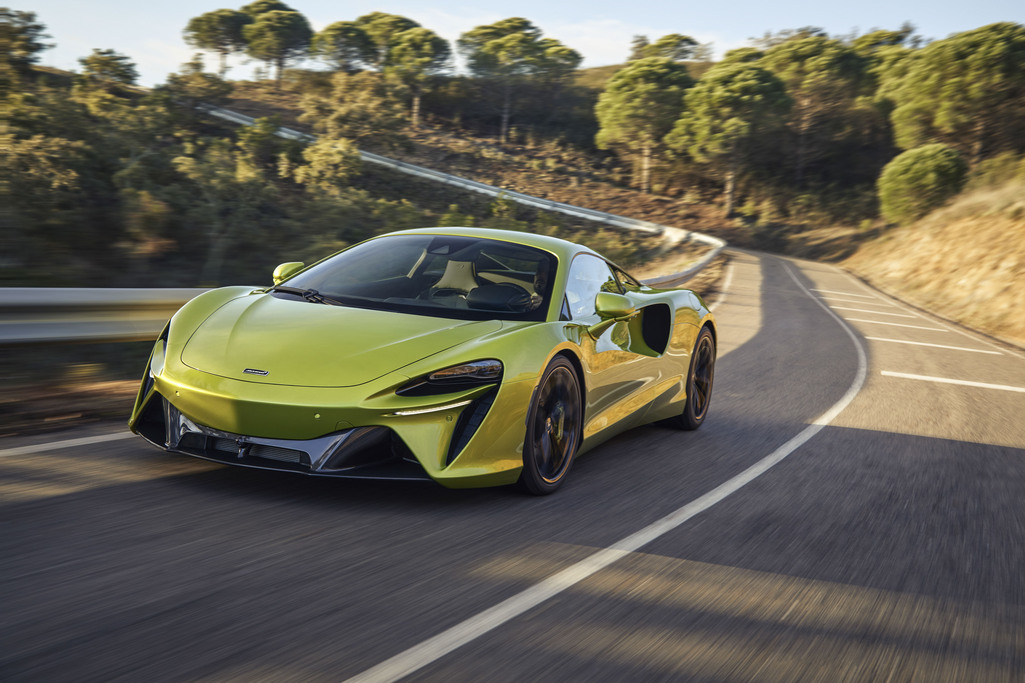 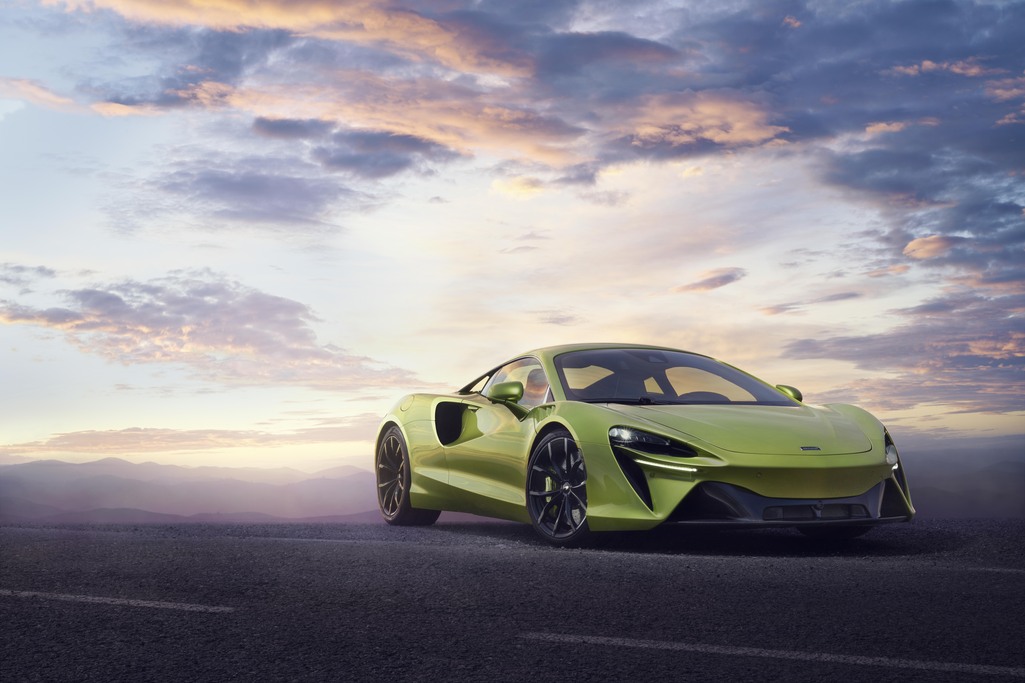 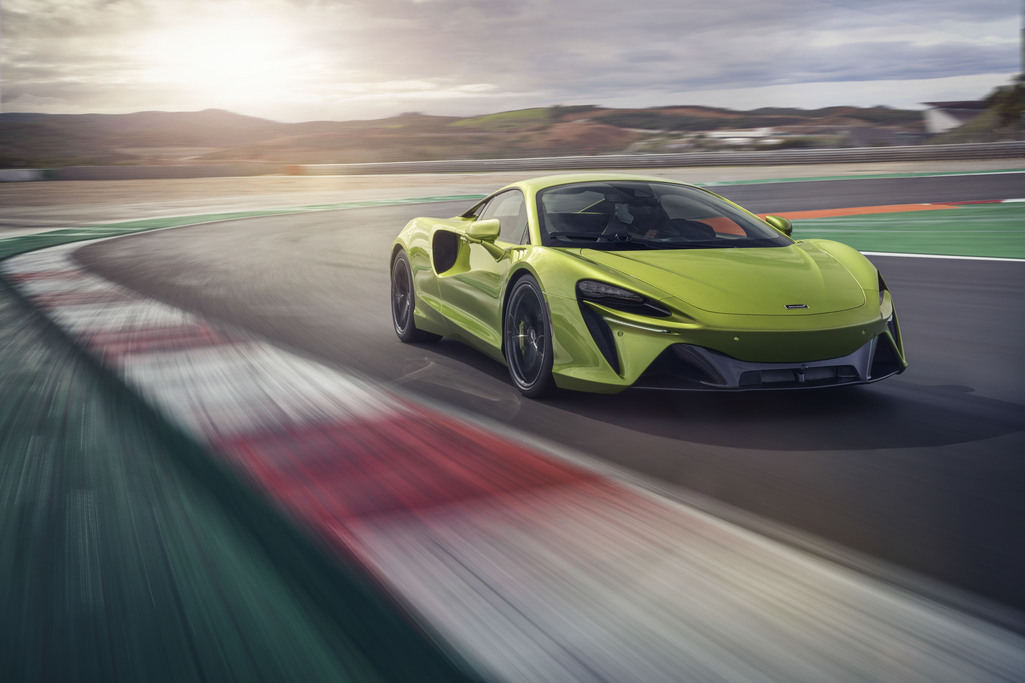 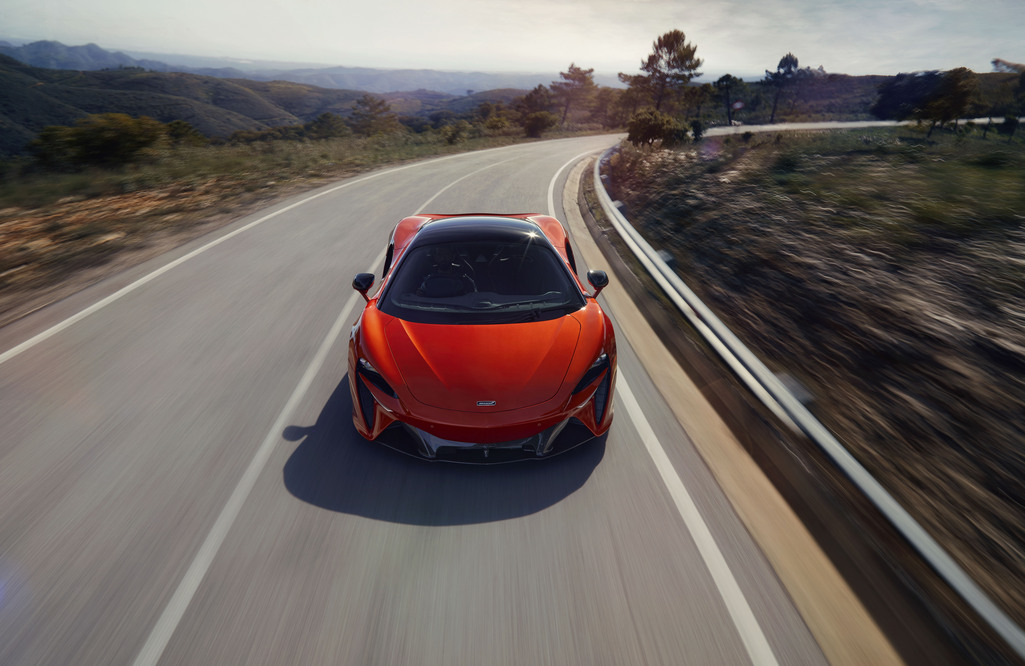 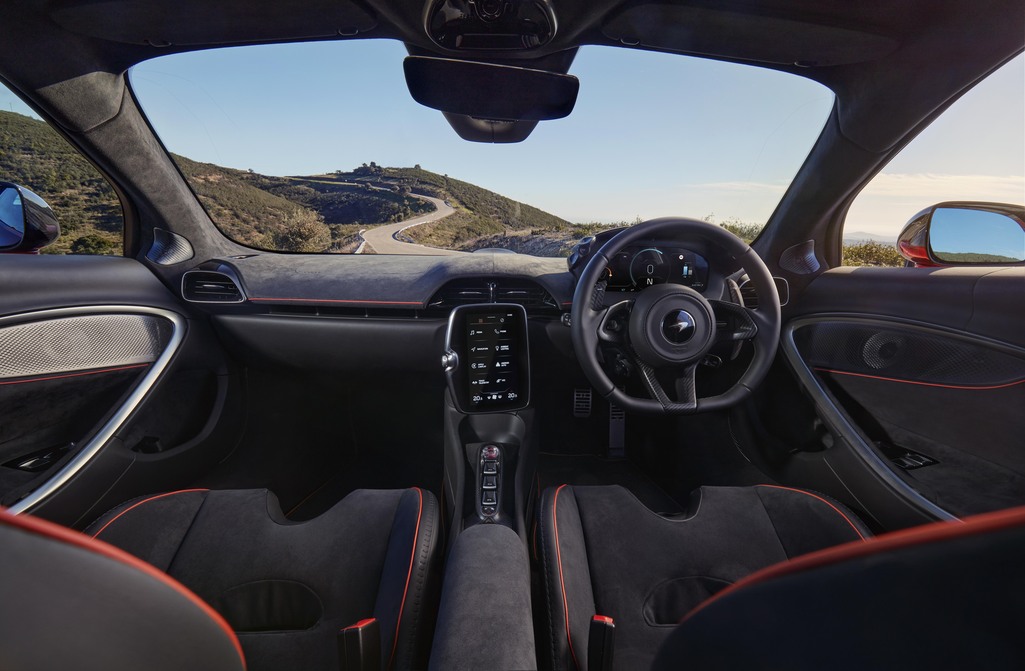 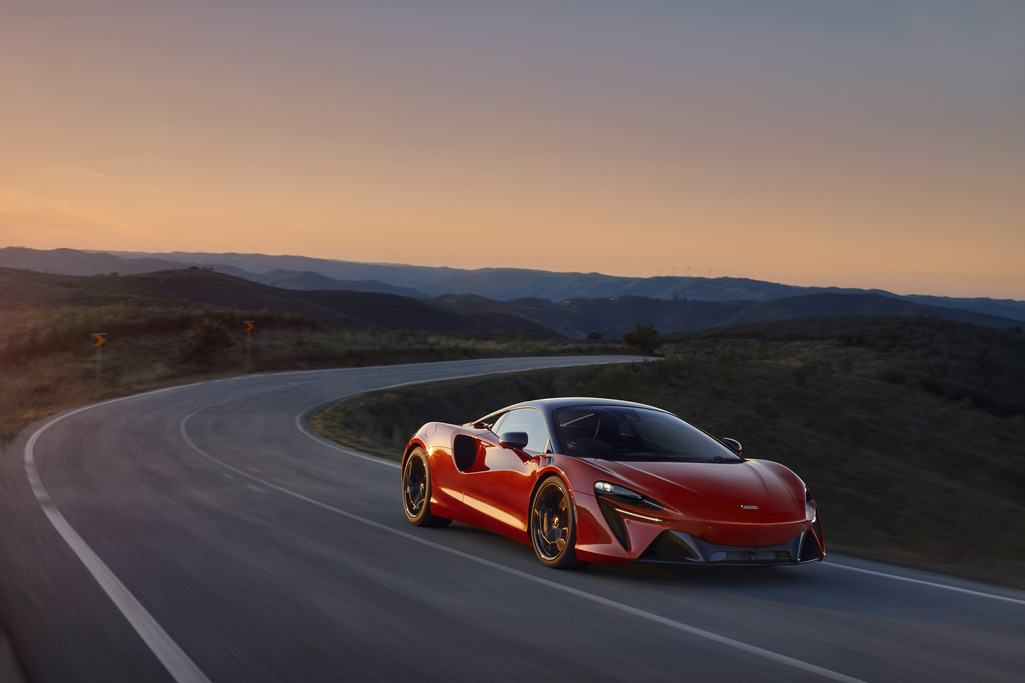 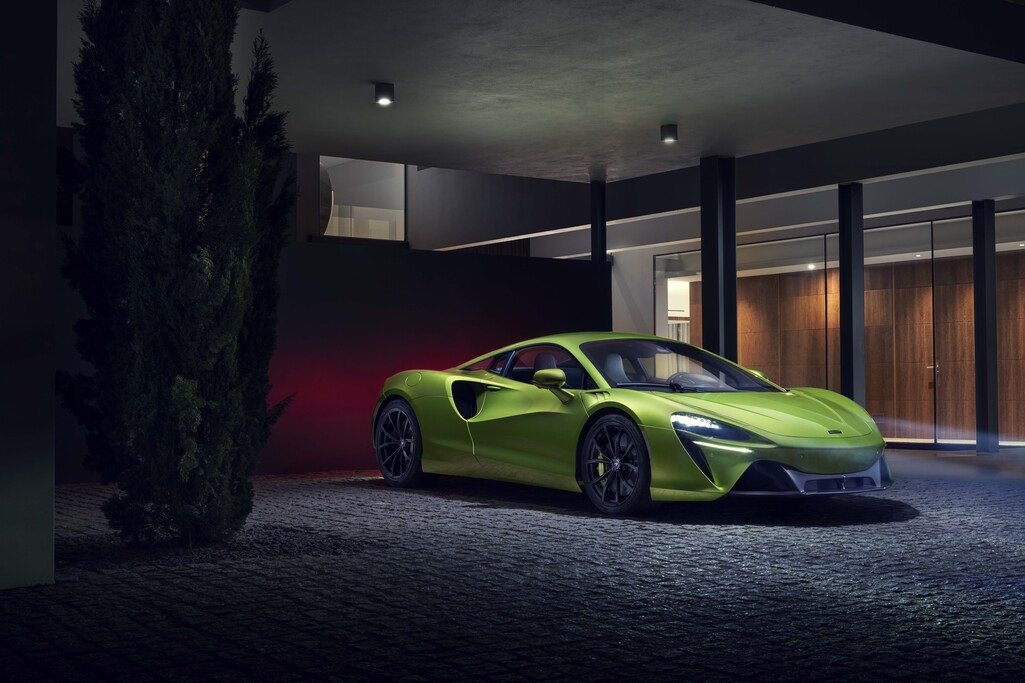 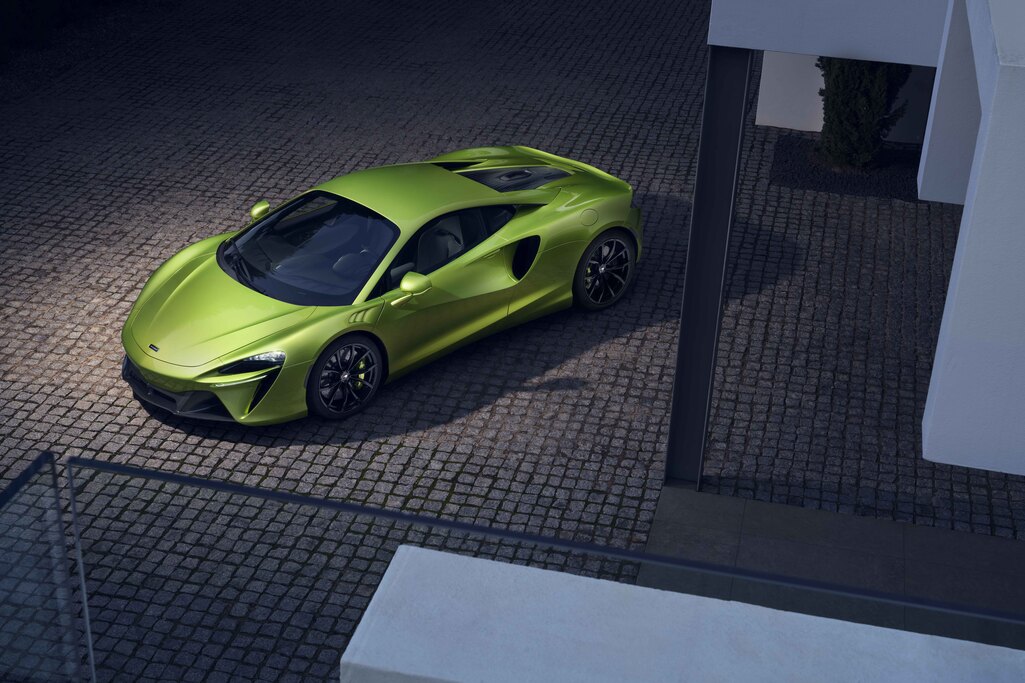 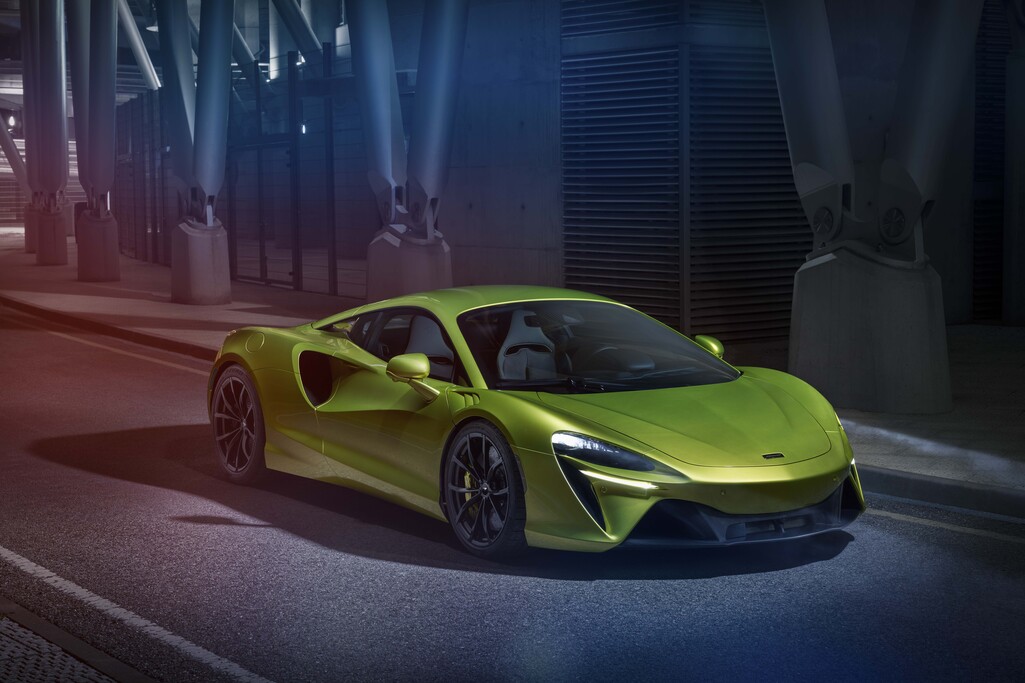 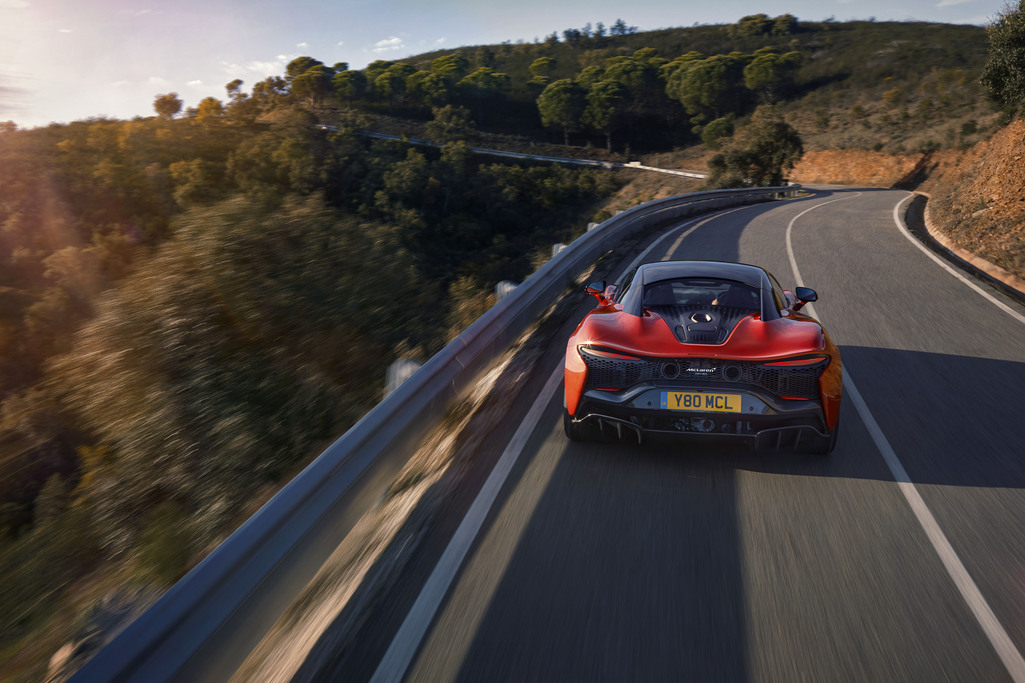 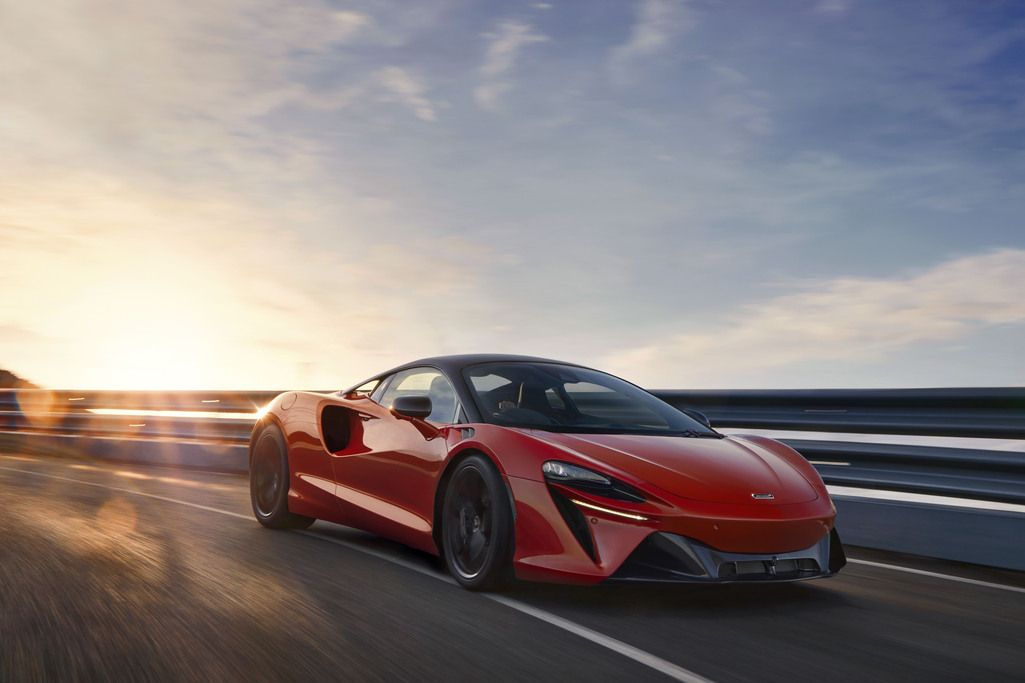 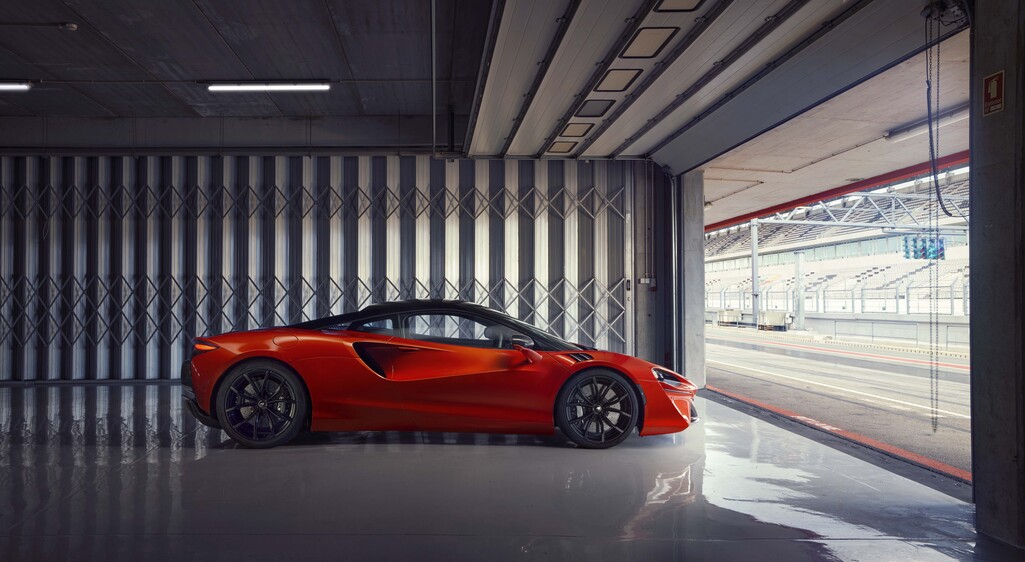 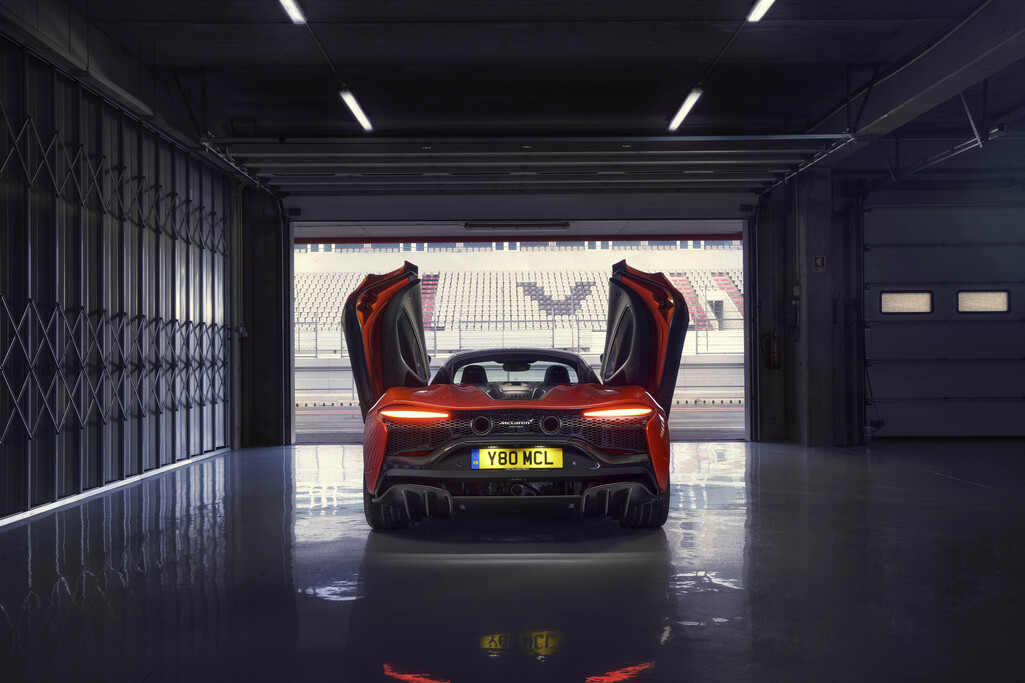 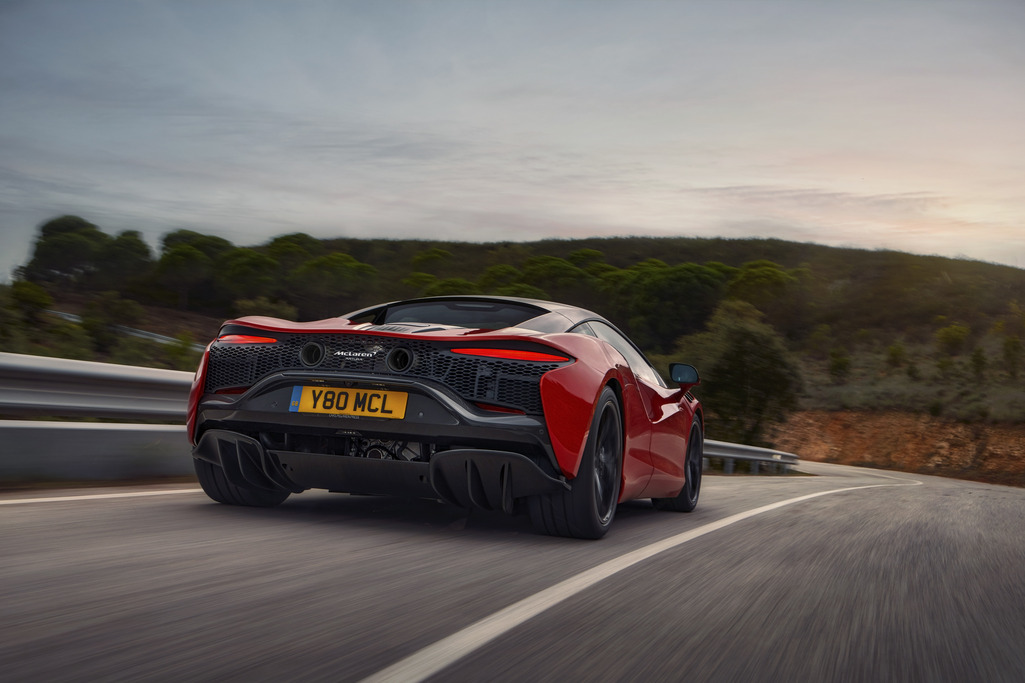 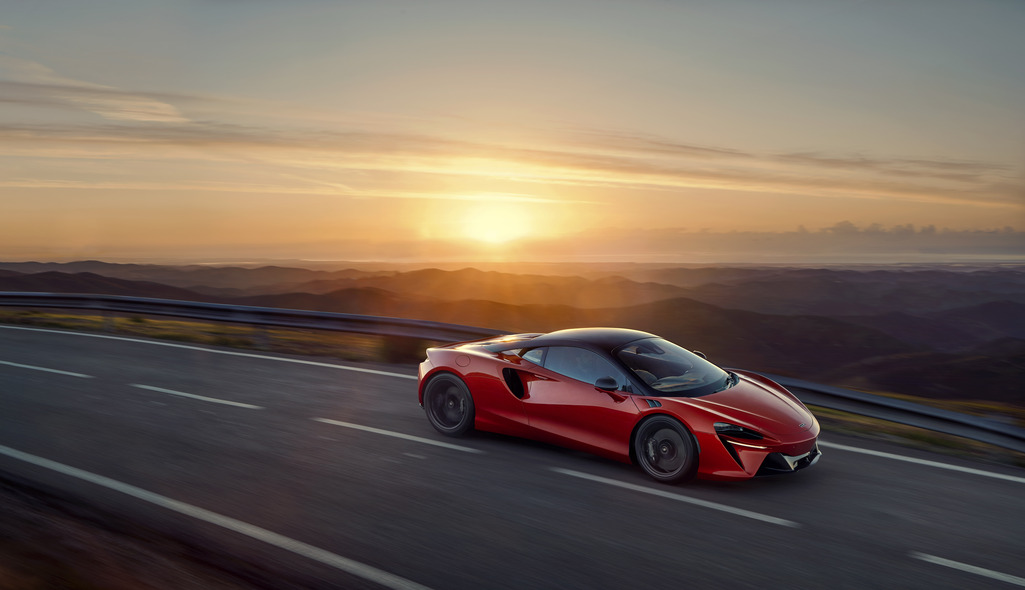 The all-new McLaren Artura is revealed this week, marking the beginning of both a new chapter for the pioneering luxury supercar company and a new era in supercar technology and performance.

The all-new McLaren Artura is revealed this week, marking the beginning of both a new chapter for the pioneering luxury supercar company and a new era in supercar technology and performance.

McLaren’s first series-production High-Performance Hybrid supercar focuses more than half a century of the company’s racing and road-car experience and expertise into a next-generation supercar that blends ground-breaking technology with McLaren’s dedication to pure driver engagement.

Underpinned by the McLaren philosophy of super-lightweight engineering, the all-new Artura is the distillation of every attribute inherent in a McLaren – distinctive design, unrivalled performance, dynamic excellence and engineering innovation – with electrification now bringing the additional benefits of even faster throttle response, lower emissions and being able to run in pure EV mode for emissions-free journeys of up to 30km*.

All-new from the ground up, the McLaren Artura presented engineers and designers with new opportunities to innovate, chief among these being how to preserve McLaren’s super-lightweight engineering philosophy when adding hybrid powertrain elements including an E-motor and battery pack.

Every drop of McLaren’s experience and expertise has been poured into the Artura. Our all-new, High-Performance Hybrid delivers all of the performance, driver engagement and dynamic excellence for which McLaren is renowned, with the additional benefit of EV driving capability. The introduction of the Artura is a landmark moment – for McLaren, for our customers who will appreciate and enjoy this car on every emotional and rational level, and for the supercar world.

A demanding programme of weight reduction, encompassing every area of the Artura from the chassis platform – this is the debut of the new McLaren Carbon Lightweight Architecture (MCLA) – through the uniquely compact HPH powertrain system to the weight of cabling used in the electrical systems (where a 10% reduction was achieved), resulted in the Artura having a lightest dry weight of 1,395kg*. The total weight of hybrid components is just 130kg (which includes an 88kg battery pack and 15.4kg E-motor), resulting in a DIN kerb weight of 1,498kg* which is on par with comparable supercars that do not have hybrid powertrains, giving the Artura a super-lightweight advantage.

The McLaren Artura is the first model to have the new McLaren Carbon Lightweight Architecture (MCLA) at its core. Designed and manufactured at the McLaren Composites Technology Centre (MCTC) in the Sheffield region, MCLA sets a new standard for McLaren’s advanced flexible chassis design. Optimised for high-performance hybrid applications, it includes a bespoke battery compartment and introduces a ground-breaking domain-based ethernet electrical architecture, along with an electrical heating, ventilation and air-conditioning (eHVAC) system.

The engineering artistry beneath the McLaren Artura’s skin is complemented by its exterior design. The low-nose, cab-forward, the high-tail stance is a pure supercar, the drama underlined by the signature McLaren dihedral doors – which open closer to the body and house mirrors that fold in more tightly – and further enhanced by the short wheelbase and low stance.

The overall effect gives the Artura an almost ‘shrink-wrapped’ appearance, evolving a McLaren design approach seen in recent models to a new level. The lithe, technical sculpture has only minimal body shut lines and panel joints, assisted by features such as an entire rear clamshell engineered and super formed as one panel. The shape of the Artura, sculpted to optimise performance and manage airflow for aerodynamic performance and cooling, is driven by the McLaren design principle of ‘everything for a reason’ that is in evidence throughout the car. The centre of the front splitter is an example of this, being the intake for the eHVAC system and also housing the front-mounted radar that forms part of the optional ADAS package.

Inside, the Artura is no less of a revolution, with the cockpit centred more than ever around the driver. The driving mode selection – which retains separate Powertrain and Handling controls – has been moved to the instrument binnacle, which is, in turn, mounted to the steering column and adjusts with the steering wheel to further enhance driving ergonomics. Consequently, the steering wheel is kept clear of unnecessary switches, however, the driver is still able to adjust driving modes without taking their hands away from the wheel.

The driver can choose from four Powertrain modes, including an E-mode for 30km of emissions-free, electric-only driving. Designed for mixed driving conditions, Comfort mode maximises range and efficiency, with the combustion engine shut off under 40km/h with the use of an extended stop and start mode but phased in for greater speed and power requirements. In Sport and Track modes, electric power is deployed in an increasingly aggressive manner for low-end response and acceleration (‘torque infill’). Separate handling mode choices adjust damper firmness and the degree of Electronic Stability Control intervention to suit driver preference and weather and road conditions.

At the outset, McLaren designed the Artura to be not only a technological game-changer but also to stay true to the core McLaren attributes of being incredibly engaging to drive and displaying the highest levels of dynamic ability. Designed to excel on both road and track, the Artura also boasts the dynamic refinement to make serene progress through urban streets in EV mode.

McLaren engineers focused on stability under braking; rear-end controllability; increased grip and optimised aerodynamic downforce – as well as enhanced driver engagement across the board. The key to hitting these goals is McLaren’s first-ever deployment of an electronically controlled differential (E-diff), to independently control torque moving across the rear axle. Lighter, more controllable and smaller than a mechanical locking diff (it fits within the transmission), the E-diff locks and unlocks individual rear wheels to improve traction out of corners.

The innovative rear suspension system, which pairs atop the upper wishbone with two lower links and a tie rod in front of the wheel centre, maximises vehicle stability and precision and reduces the understeer out of a corner while accelerating. The wider tyres allow additional stability and better traction performance while the combination of a short wheelbase, E-diff and the physical downforce provided by the integrated rear spoiler and diffuser ensure both incredible agilities at low speed and a high level of stability at high speed. The E-diff, in particular, increases performance and driver confidence when cornering, enhancing traction and reducing levels of understeer.

One feature that is unashamedly not new on the Artura is McLaren’s trademark hydraulically-assisted steering. Proven on generations of McLaren supercars, it remains the ultimate system for providing feedback. In the Artura the system has been fully redesigned to reduce weight and is combined with an updated and bespoke version of McLaren’s Proactive Damping Control system that further supports exceptional ride and handling characteristics.

Braking performance is also exceptional, thanks to McLaren Artura being fitted with carbon-ceramic brakes and lightweight aluminium callipers from the same family as the systems that feature in McLaren’s latest LT models. Together with the new rear axle kinematics, they deliver superior high-speed braking power and stability.

Driver and passenger comfort overall has been an imperative throughout the development of the Artura, with NVH refinement high on the agenda – as befits a supercar that will spend time running in near-silent Electric mode. Innovations that benefit refinement include the stiffness of the MCLA, fluid-filled mounts for the powertrain and the new rear suspension design and settings. Pirelli’s patented Noise Cancelling System (PNCS), which uses a sound-absorbing device on the inside wall of the Pirelli P-ZERO™ tyre to reduce vibration and noise, also features.

The McLaren Artura also debuts an all-new Clubsport seat, which uniquely combines the range of motion expected of a moveable backrest with the lightweight and support of a bucket seat. Innovative yet uncomplicated, the whole seat pivots as one through an elliptical arc when adjusted, combining under-thigh support, seat height and backrest in one movement. A Comfort seat option is also available.

The seat locates in an ergonomically optimised cockpit, its carbon fibre shell combining with slim facia and doors to allow a 97.5th percentile (6ft 4in/193cm) driver to stretch out with generous knee- and leg-room, even with the backrest significantly reclined. The shoulder room is equally capacious, allowing a driver to get appropriately comfortable to enjoy the Artura’s performance and dynamic abilities.

An all-new McLaren infotainment and connectivity system (MIS II) utilises two high-definition screens. The interface is built on all-new software and bespoke hardware to deliver a smartphone level of responsiveness and is also capable of smartphone mirroring. MIS II includes updated versions of familiar McLaren apps including McLaren Track Telemetry and Variable Drift Control and also features a redesigned navigation map in the instrument cluster which focuses on key information to minimise driver distraction. A stealth mode on the main binnacle hides non-essential content, reducing distractions and promoting full concentration on the road ahead.

MIS II also optionally enables a number of ADAS driver assistance features, including Intelligent Adaptive Cruise Control with Stop/Go; Lane-Departure Warning; High-Beam Assist and Road-Sign Recognition. These and the infotainment features can all be enhanced using OTA update technology. The Artura also features a Bluetooth low-energy vehicle key that detects when the driver is heading towards the vehicle and powers up systems to welcome occupants. This includes ambient, ‘hidden-until-lit’ lighting in the doors, also acting as puddle lamps.

Befitting a car that is all-new and the distillation of more than half a century of McLaren’s expertise and experience in the race- and road-car engineering, the Artura introduces a number of technologies for which McLaren has patents pending. These include filings for multiple elements of the MCLA; a patent relating to the use of the E-motor in lieu of a mechanical reverse gear to enable rearwards travel and also allows gearbox length to be reduced; and a patent that covers the innovative yet refreshingly easy to use lightweight adjustment mechanism of the all-new Clubsport seat.

Available to order now from McLaren retailers, with first deliveries to customers commencing in Q3 of this year, the McLaren Artura is priced in its home UK market from £185,500 for the standard specification. There are three further core specifications: Performance, which has a sporting, functional aesthetic; TechLux, where the focus is on the technical luxury that the name suggests; and Vision, which displays a more avant-garde and adventurous look and feel.

Every McLaren Artura comes as standard with a five-year vehicle warranty, a six-year battery warranty and a 10-year body warranty.