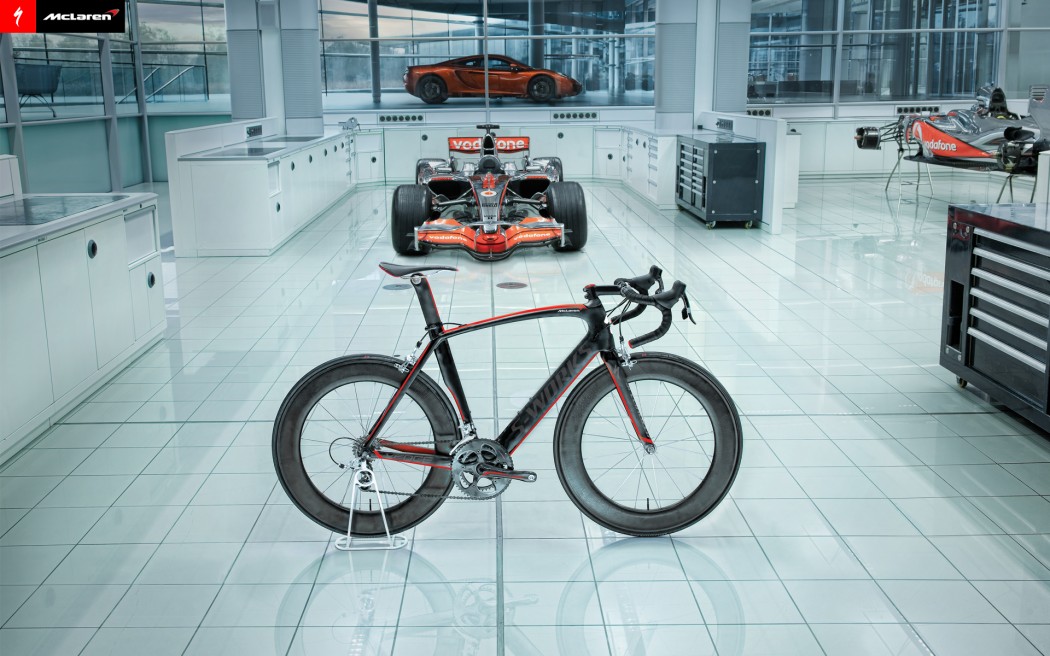 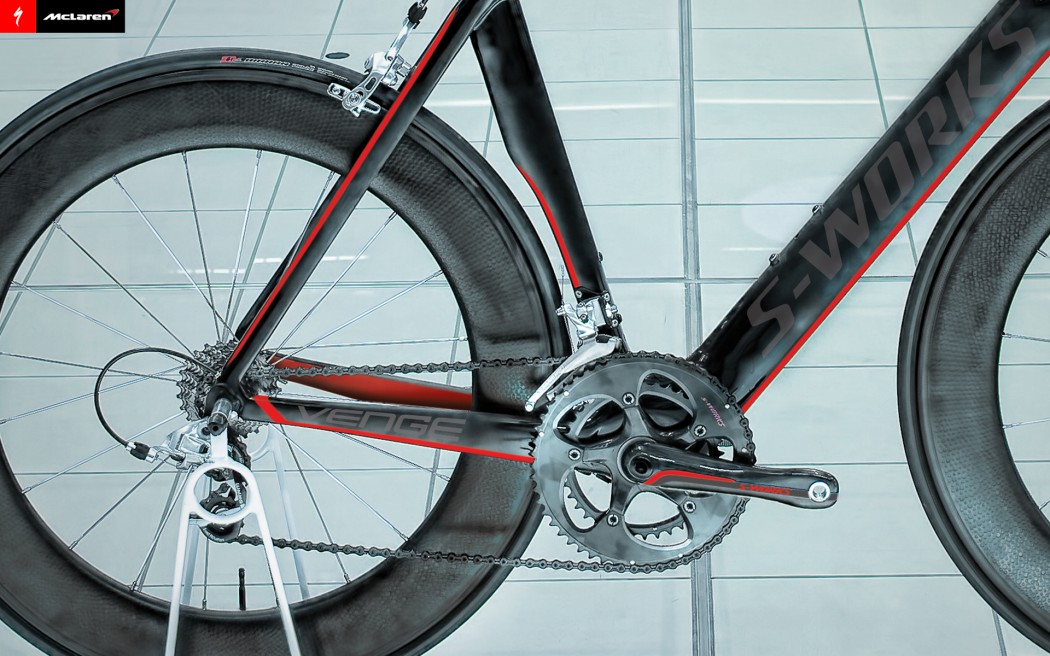 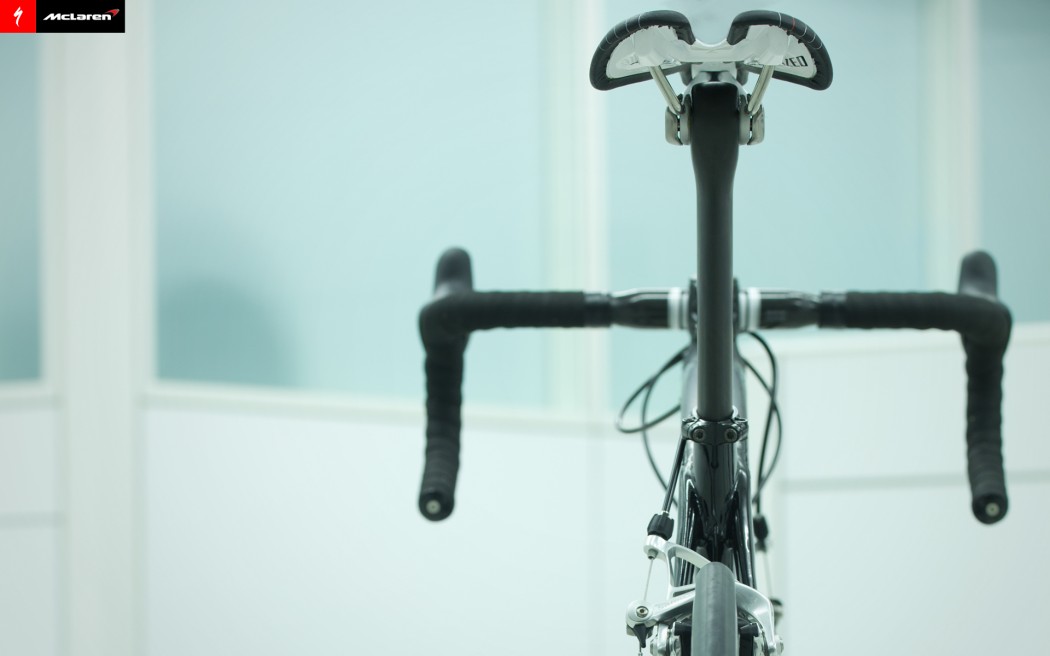 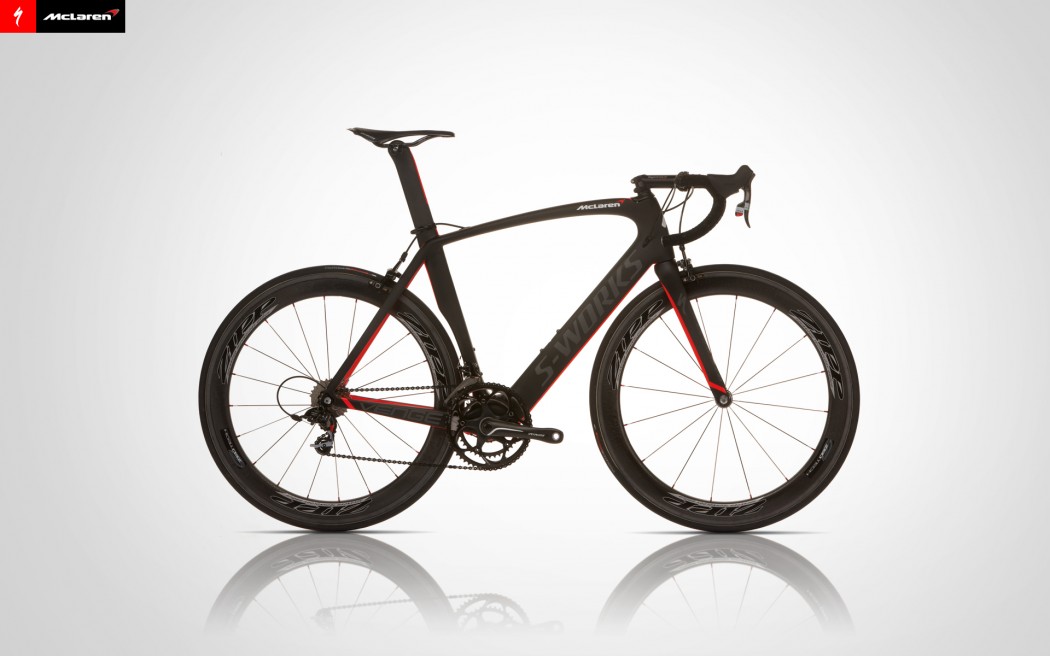 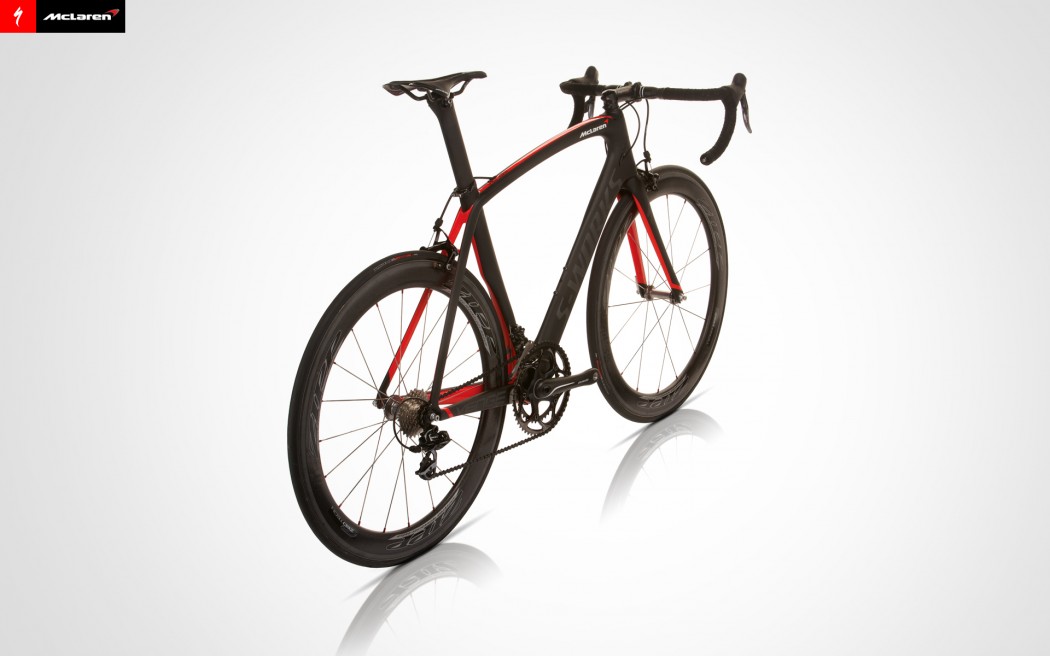 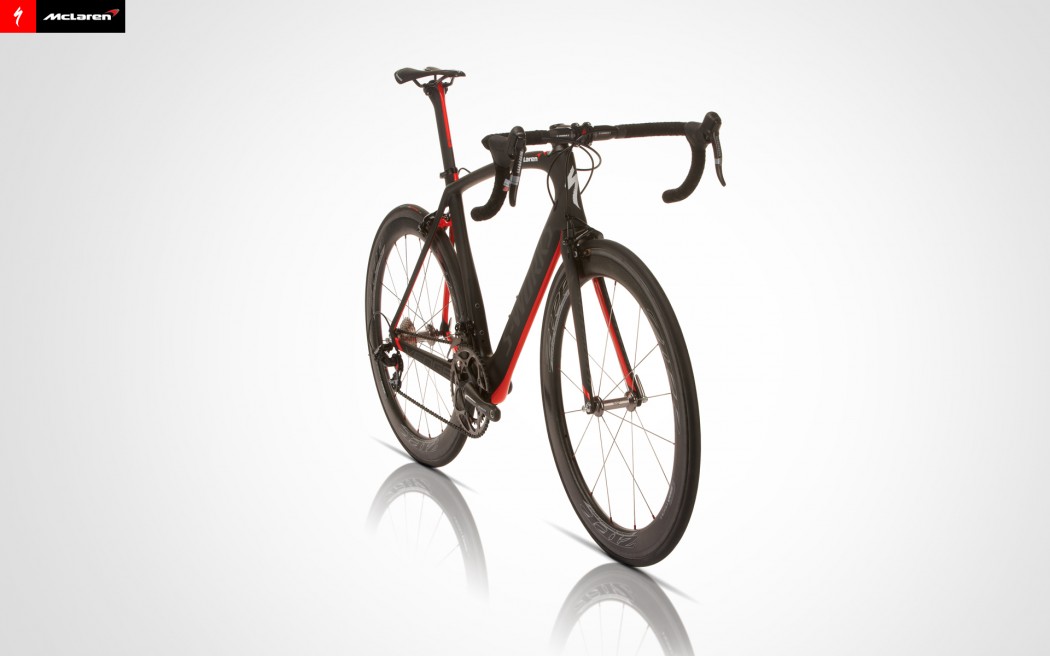 The creators tell it best:

When we set out to design the Venge, we wanted to create the fastest complete performance bike in the world. Until now, aerodynamic road bikes have sacrificed too much of the bike – too much stiffness lost, too much weight added. We simply weren’t willing to compromise.

Aerodynamics is only one part of the formula. This bike needed to combine the wind-cheating elements of the Shiv with the stiffness and lightweight aspects of the Tarmac. Today, stiffness testing, weight numbers, and wattage testing all confirm that S-Works achieved something that, until now, had never been done before. It’s more bike than aero.

The development of the Venge also awarded S-Works the perfect opportunity to pursue a partnership with the legendary McLaren Applied Technologies—home of the McLaren F1 and new MP4-12C supercar. With their 30 years of expertise in composite technology, they could push the existing boundaries of design and engineering.

Claimed weight for the Venge frame is 950g, with the complete module (frame, fork, seatpost, crankset) tipping the scales at 2.07kg for the McLaren and 2.18kg for the S-Works. But of course, the focus with these bikes wasn’t just on cutting weight.

Specialized have conducted track testing with the Venge against their current top-line race bike, the Tarmac SL3. Claimed watts saved by the Venge range from 3W at 20km/h to a whopping 23W at 45km/h, and presumably a lot more than this at Mark Cavendish’s sprint speed of around 70km/h. Giving a professional rider that sort of advantage is incredible and should be apparent from very early on in the season.