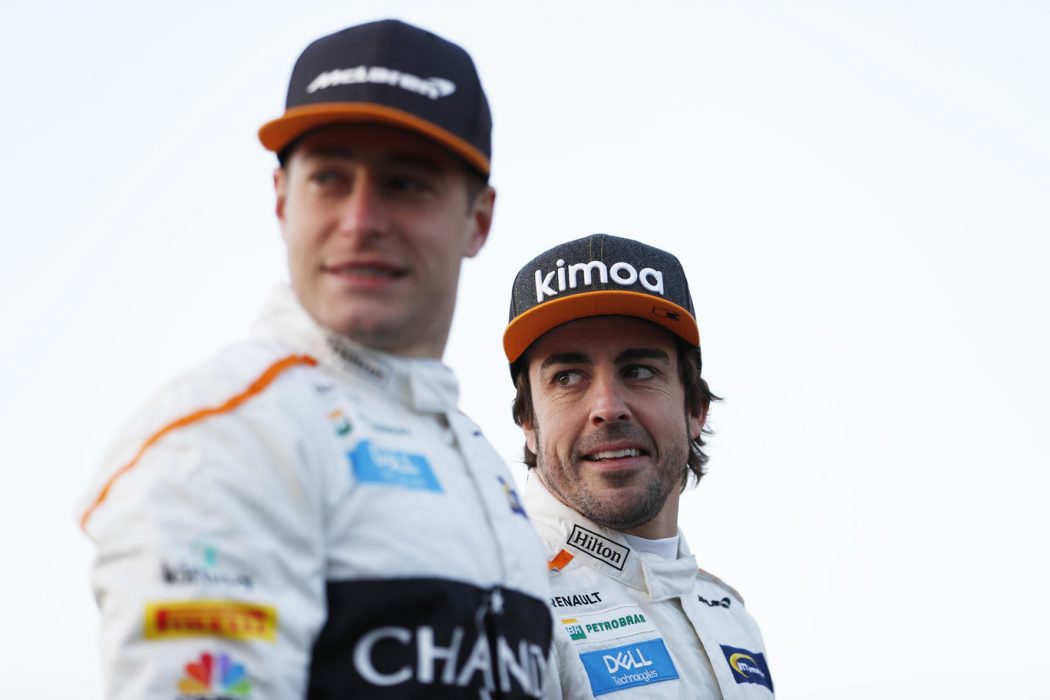 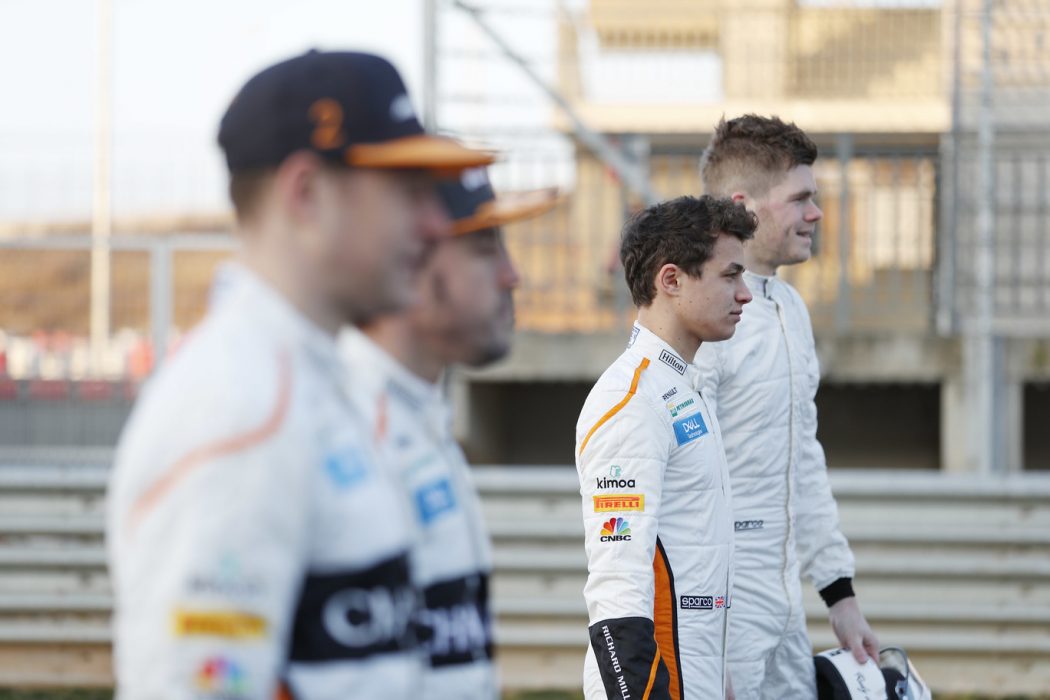 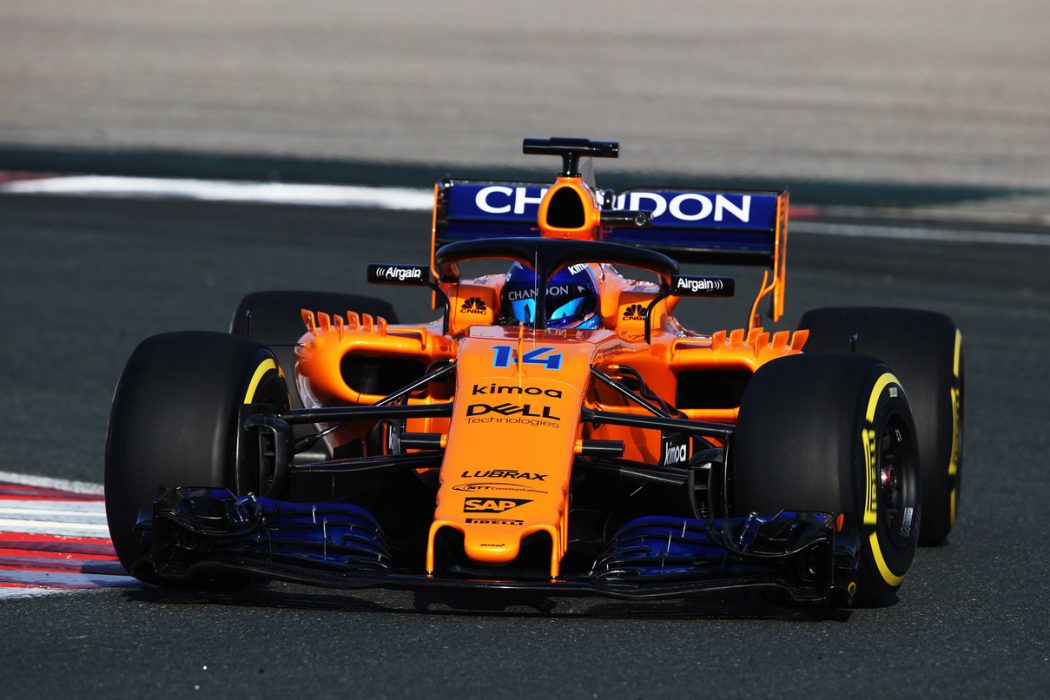 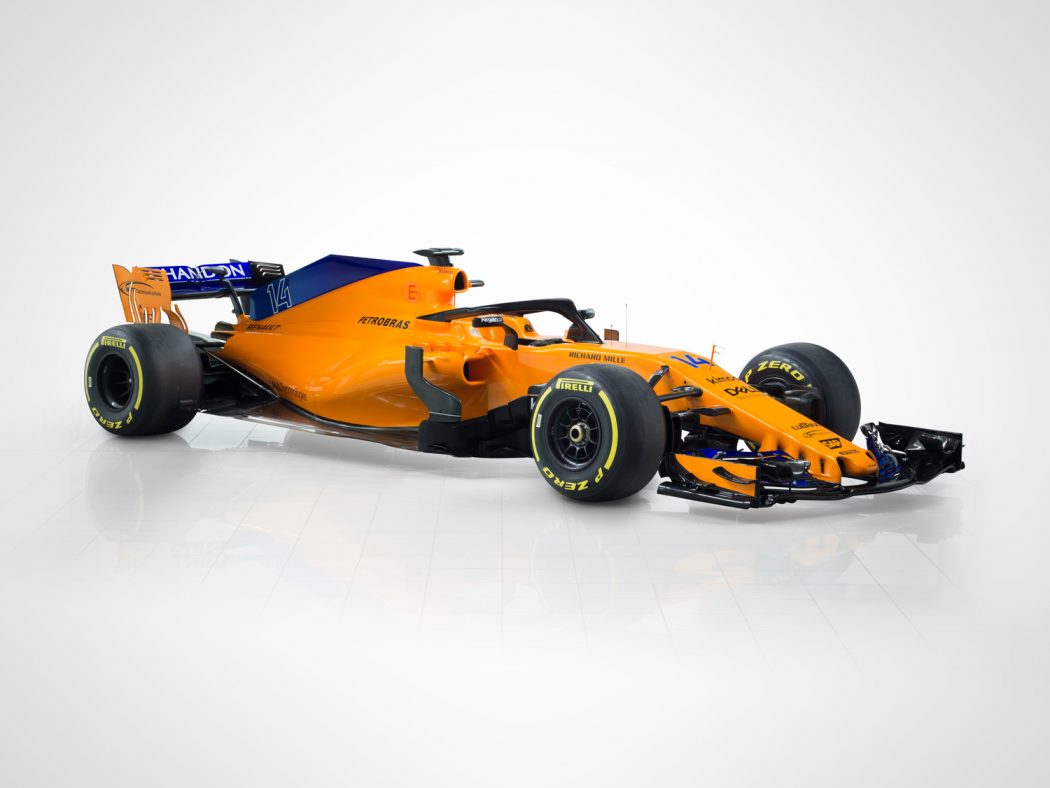 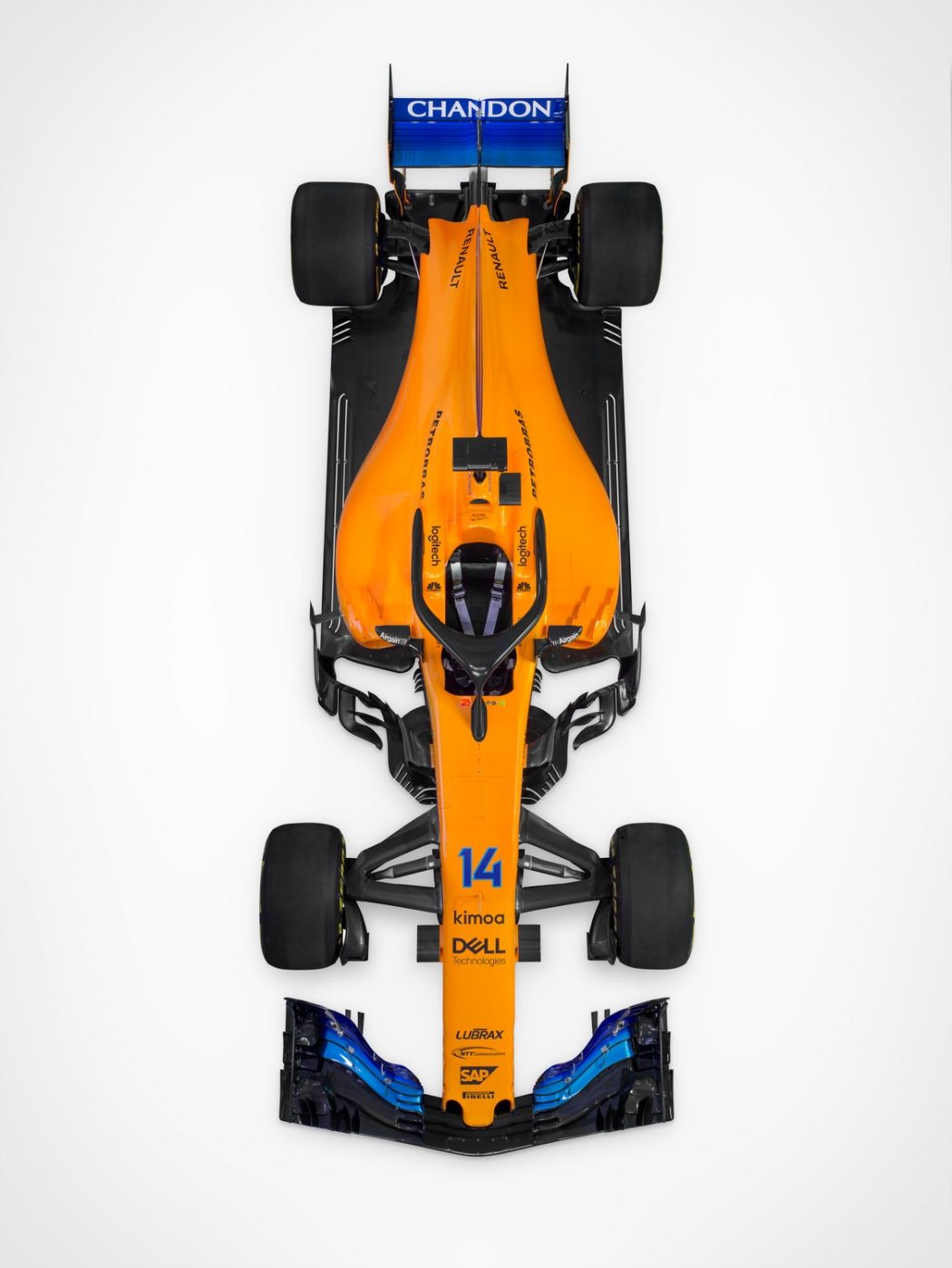 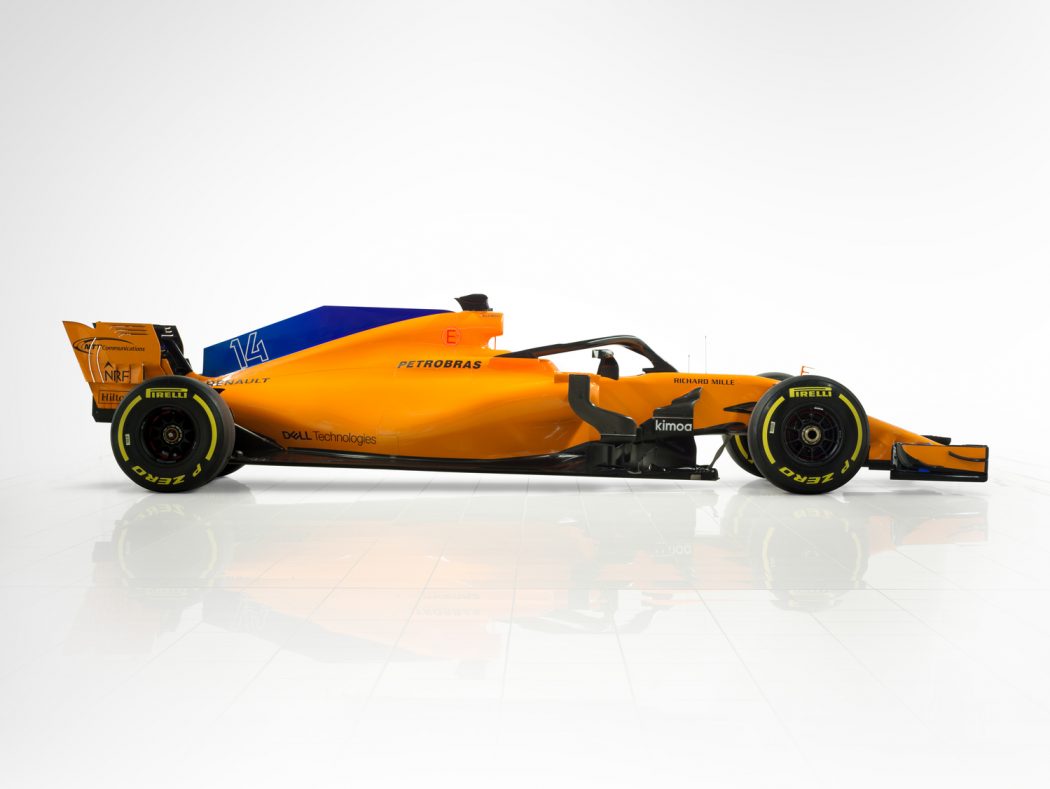 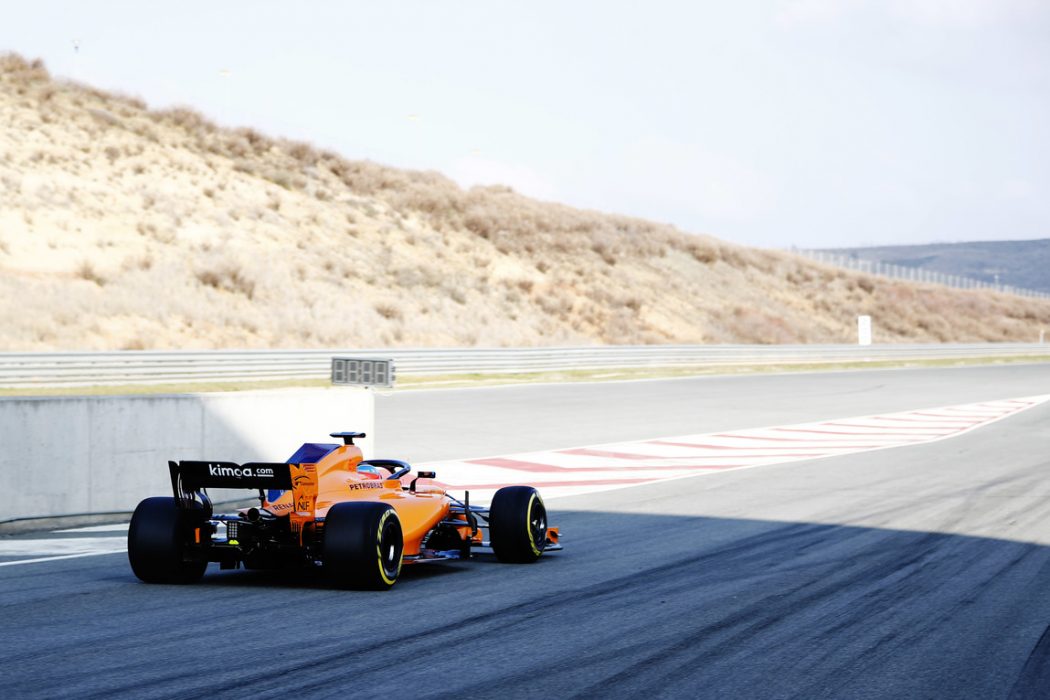 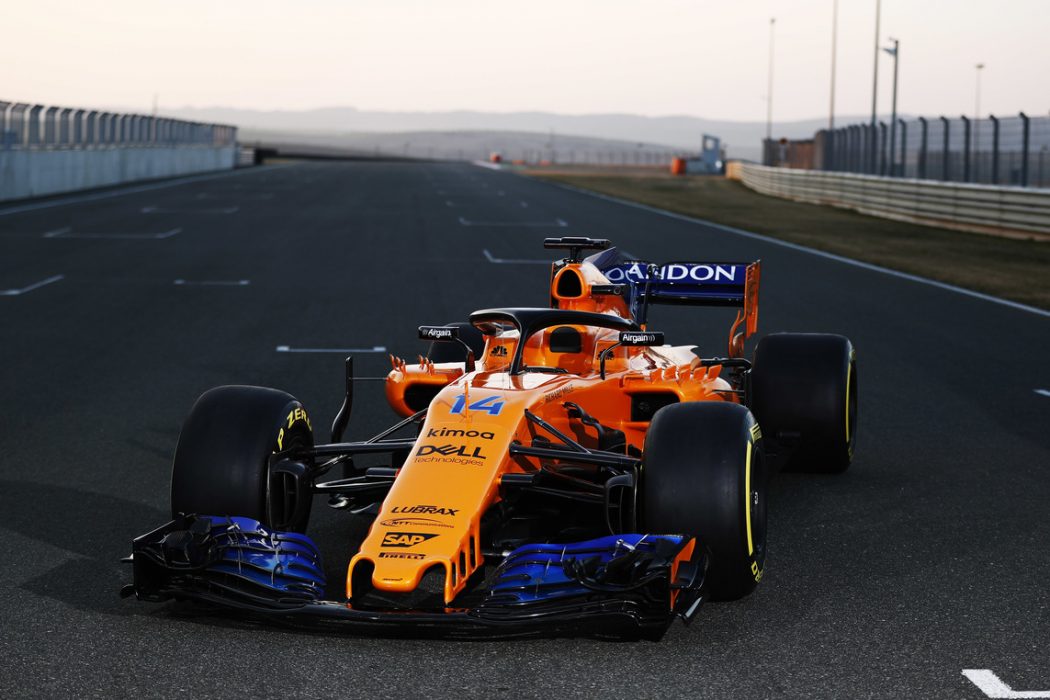 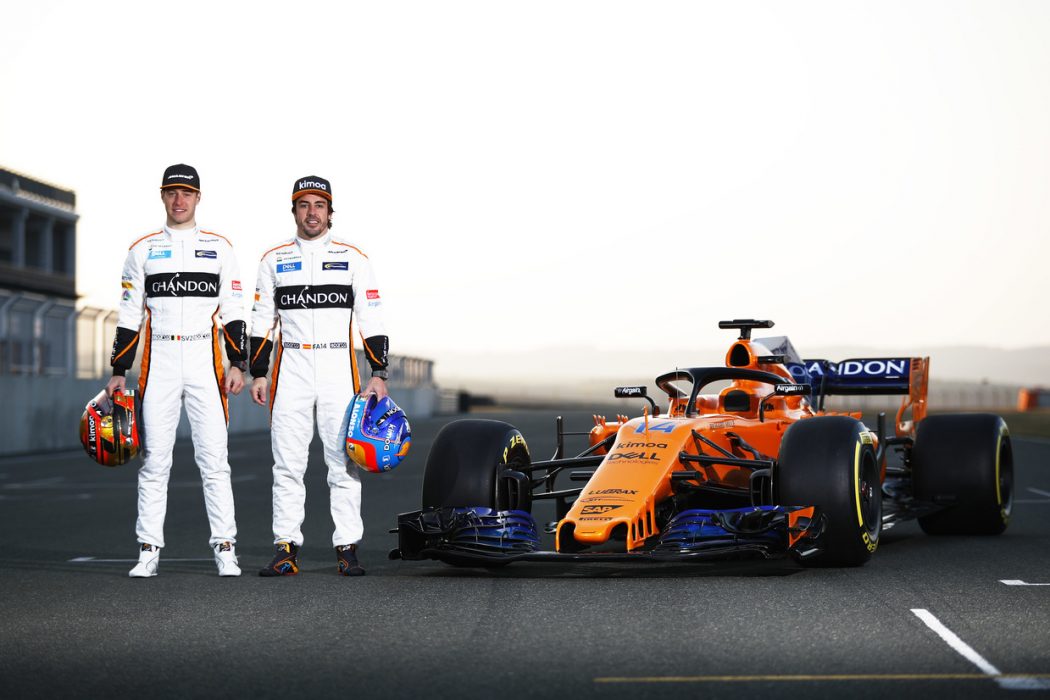 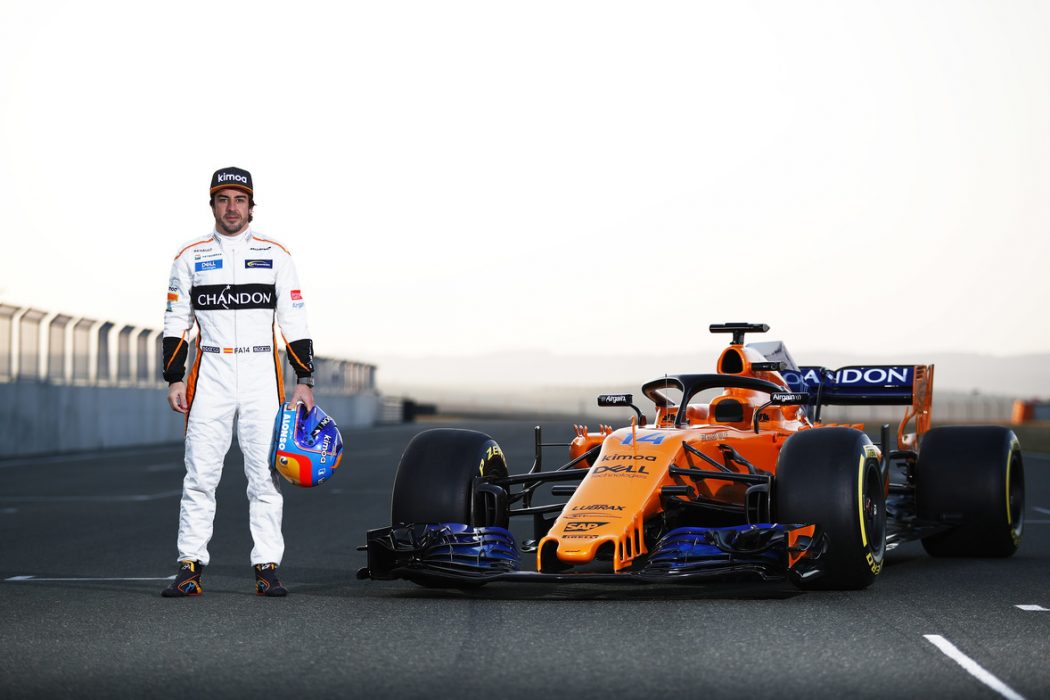 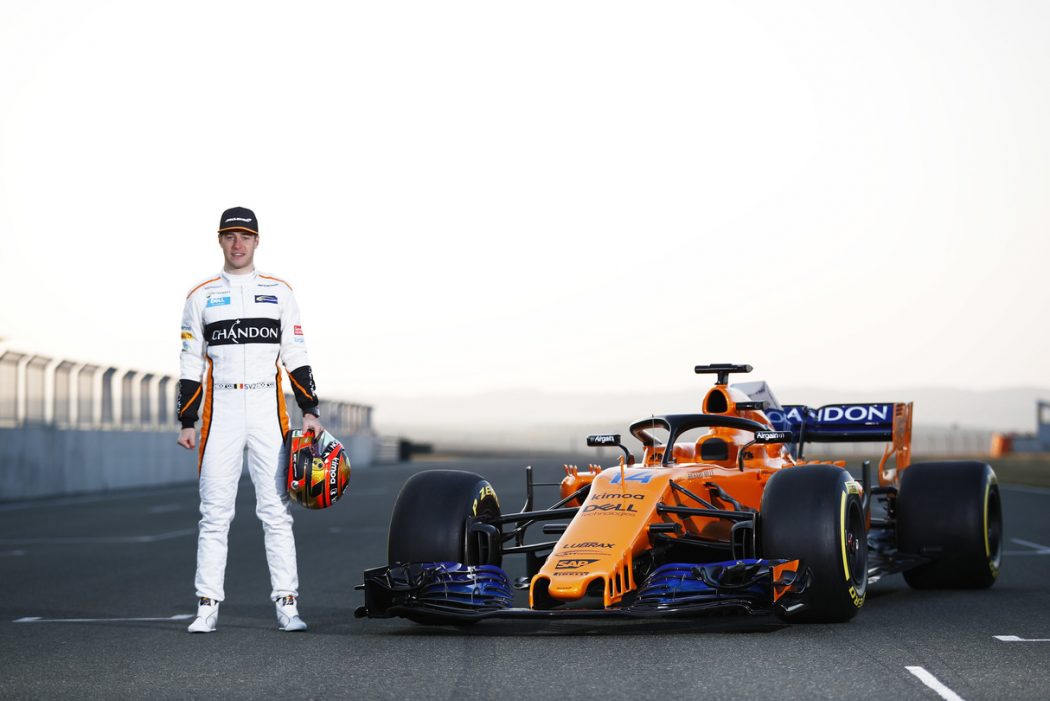 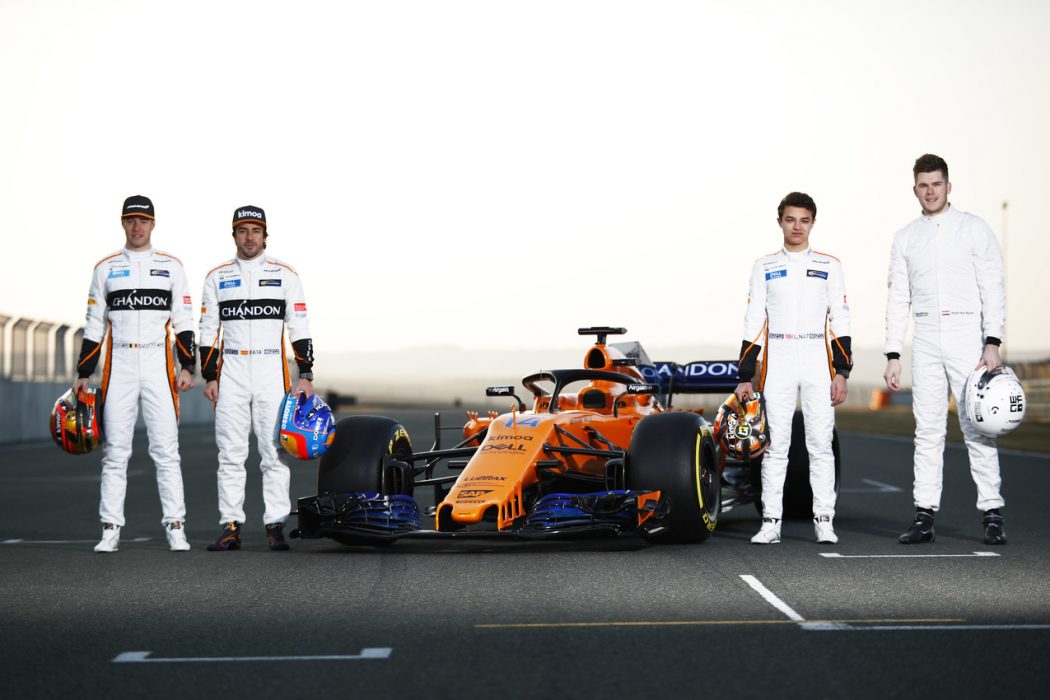 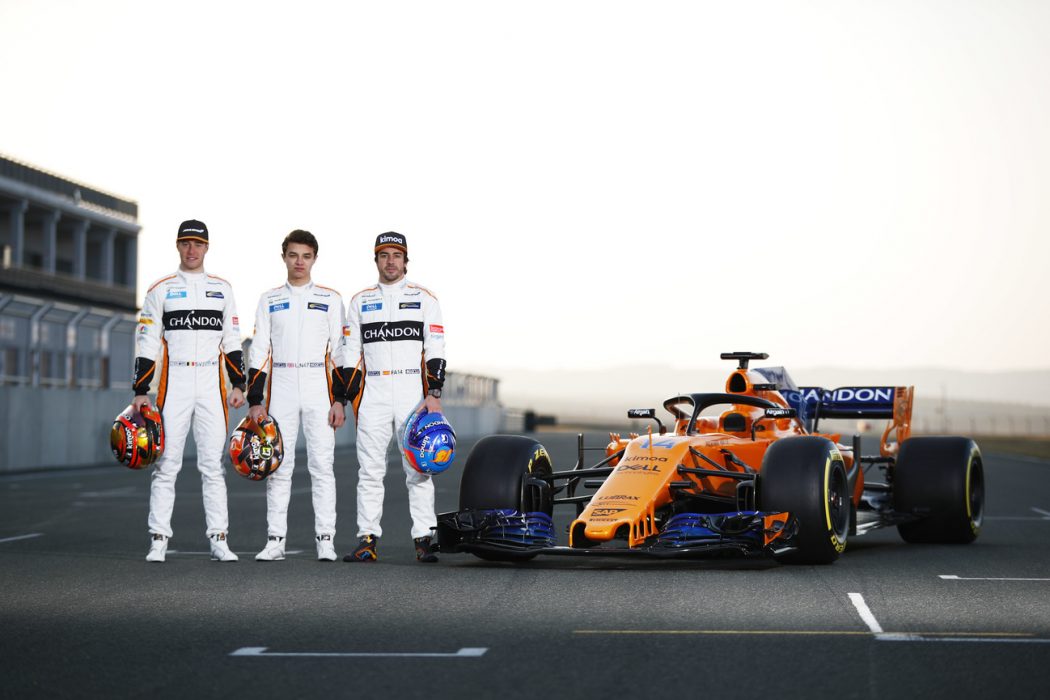 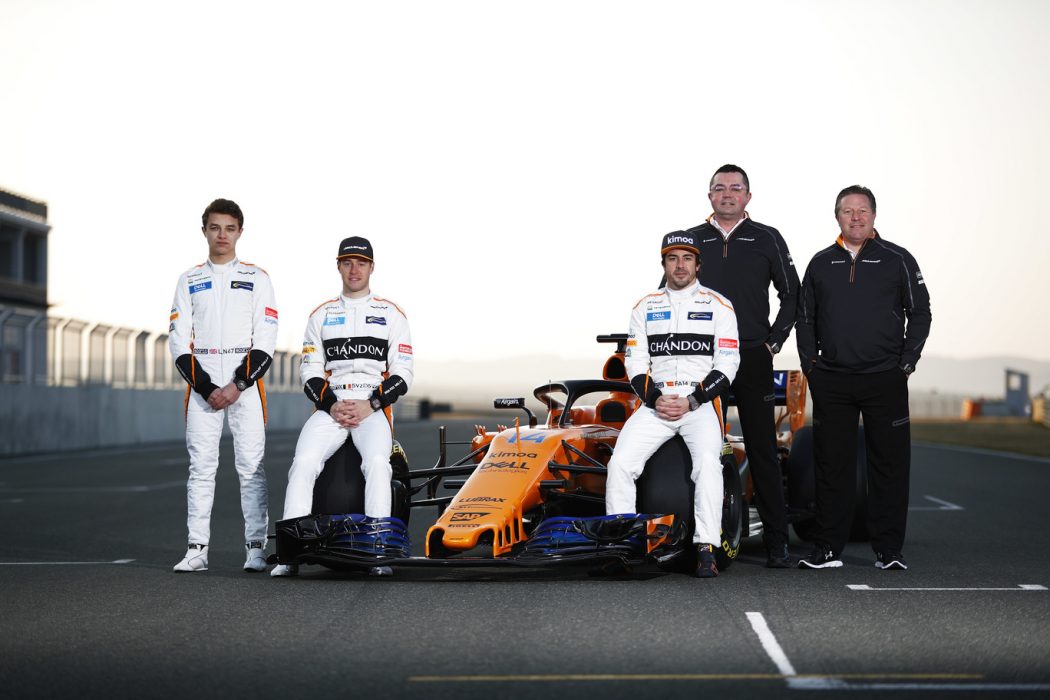 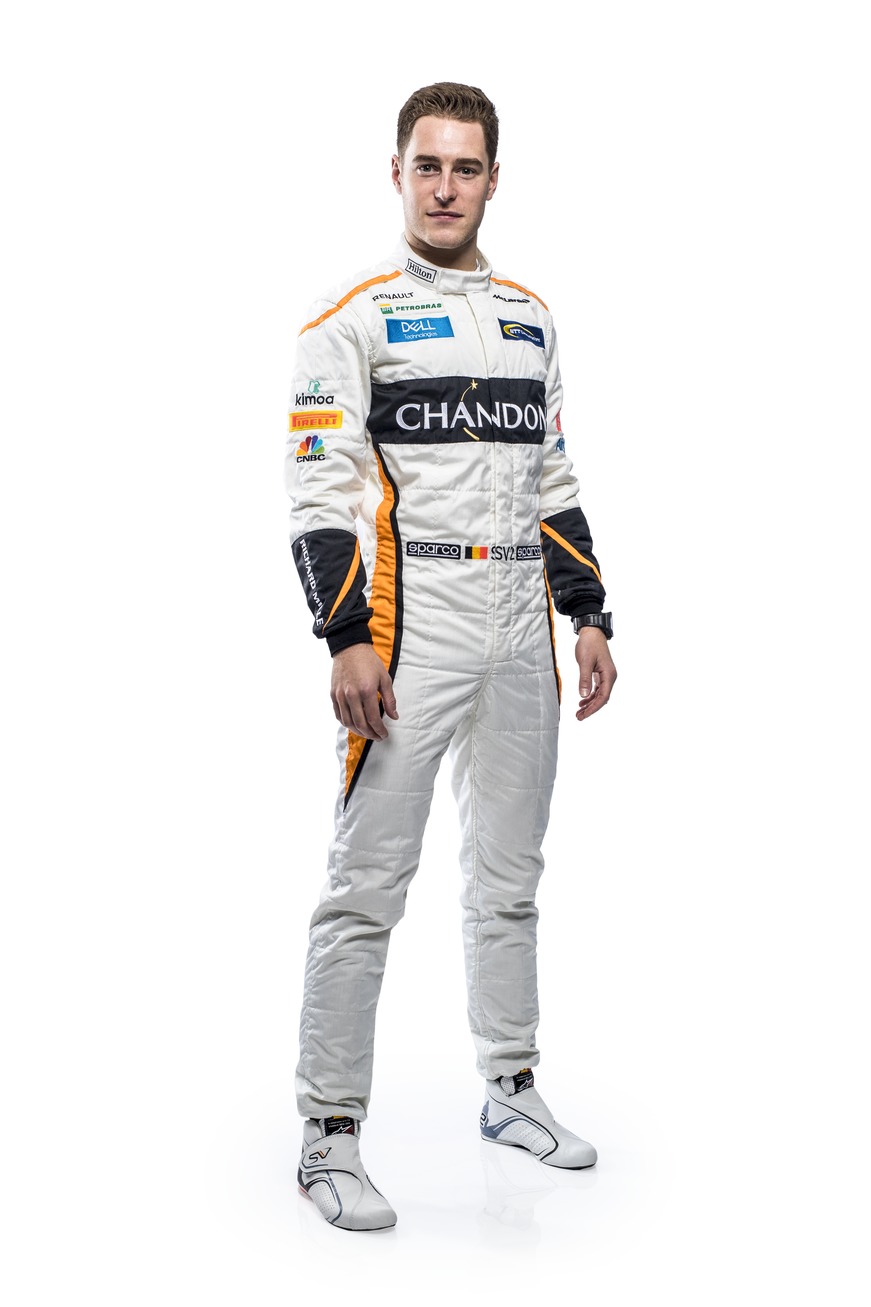 The striking MCL33 will contest the 2018 FIA Formula 1 World Championship and marks the first time in McLaren’s 52-year history that it has run a car powered by Renault engines.

The car will race in a stunning new livery that draws its inspiration directly from the team’s iconic papaya orange and blue colour scheme that McLaren first raced in Formula 1 50 years ago. The MCL33 will be driven by Spain’s Fernando Alonso, the F1 double world champion entering his fourth consecutive season with McLaren, and his team-mate Stoffel Vandoorne of Belgium, who is starting his second season in Formula 1.

The engineering philosophy of the MCL33 follows the roots established by its predecessor, with data accumulated from the 2017 season feeding a range of improvements. Much of the work on the MCL33 has been around optimising the packaging of the new Renault engine, and the incorporation of the new halo device.

The MCL33 will conduct a dynamic filming day at a Spanish test track on Friday before beginning eight days of pre-season testing at the Circuit de Barcelona-Catalunya next Monday.

“My winter has felt somewhat shorter than usual, as I’ve already been in the cockpit for a 24-hour race, and several sports car tests! That said, I’m really looking forward to getting behind the wheel of a Formula 1 car for the first time in three months.

“Looking at our new car, I feel incredibly excited – but also apprehensive. I know just how important this car is to the team, and I just hope that it delivers in the way we all want it to.

“If we’re able to develop the key strengths of last year’s chassis and marry it to an improved Renault power unit, then I think we’ll be able to take a step forwards. The car certainly looks very neat and well thought-out, and I think the new colour looks really great; really eye-catching.

“I just want to get behind the wheel now!”

“The arrival of a new car is always one of the most tense and exciting moments of the season. For everyone at McLaren, this is an important car; we all know exactly how much rests on it being successful, and we’re all extremely keen to see just how well it performs when we start testing it next week.

“From my perspective, I really hope we can start the season with a stable platform that we’re able to develop quickly and easily. It would be great to have a smooth few weeks of winter testing, and to go to Australia feeling confident about the year ahead.

“I’ve been training hard all winter and feel as ready as I can be to get back into the cockpit. I’m fit and focused, but I’m also relaxed, because I think we’ve had a very productive winter and have designed a very capable new car.

“The MCL33 represents a fresh chapter for McLaren – one that clearly embraces our evocative history while also serving to guide our future. We may have faced a tricky last few years, but this team has demonstrated time and time again that it emerges stronger from each and every challenge.

“And, for 2018, it’s not merely the colour of the car that marks the change: there’s a determination and commitment that exists within everyone who works at McLaren, and we’re fighting stronger than ever to return to the front.

“I also want to acknowledge the loyal support of our long-standing partners including Chandon, NTT Communications, Hilton, Richard Mille, Norton Rose Fulbright, SAP and all our official partners and suppliers.

“We have strong leadership, hugely experienced and talented people, new partners, and motivated, exciting racers behind the wheel.