Scuderia AlphaTauri (the most fashionable  team!) Honda F1 car unveiled with new livery to over 500 guests and media representatives at launch.

The latest name in Formula 1 renewed the sport’s tradition of hosting a live launch presentation on Friday evening as Scuderia AlphaTauri, the racing team named after Red Bull‘s premium fashion brand, unveiled its new car and innovative team wear. More than 500 guests and media representatives from around the world were given a first glimpse of the AT01 racing car with its new livery at the Salzburg event – while some 600km away in Milan a replica of the car was simultaneously unveiled on the facade of the prestigious Rinascente fashion store.

Transformation complete. British Formula 1 legend David Coulthard was the host as Scuderia Toro Rosso completed its transformation to Scuderia AlphaTauri at the event held at Hangar-7 in Salzburg. Guests including Formula One Group CEO Chase Carey and Patrick Dempsey were in attendance as the spotlight shone not only on the newly designed F1 car livery but also on driver suits and innovative team wear. 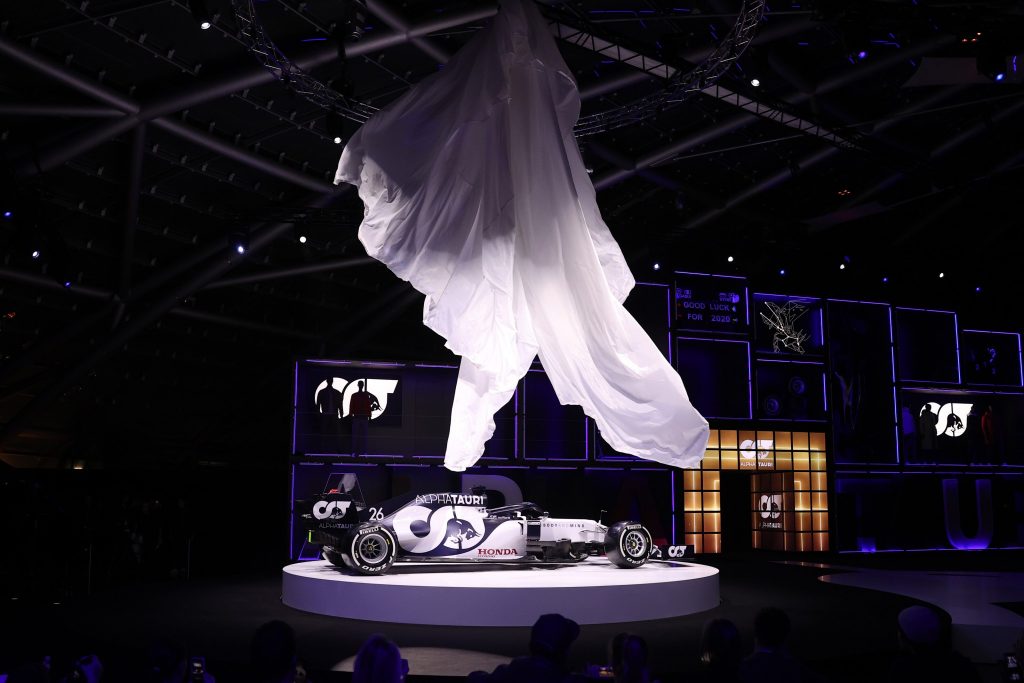 Franz Tost, Team Principal Scuderia AlphaTauri, said: “This launch has been one of the most exciting and entertaining I have ever experienced in Formula 1. There has been a special atmosphere in Hangar-7 in Salzburg and all the elements have come together to launch our team, Scuderia AlphaTauri, and to witness the AlphaTauri fashion collection. It has been a unique event where fashion has met Formula 1, with AlphaTauri’s clothing and our new racing car being revealed globally. Our team says a big thank you to all the guests who have joined us to celebrate our new beginning with AlphaTauri. We are very much looking forward to the new season starting in Australia and I’m convinced we’re going to have a successful future together.”

Fashion meets Formula 1. 50 models presented AlphaTauri’s Spring/Summer 2020 look and gave a sneak peek at the brand’s upcoming collections. And just as the new-look car was being unveiled in Austria, guests were able to watch on screen as a replica was being unveiled on the facade of the world-renowned Rinascente fashion store in Milan, just ahead of the start of the Italian style capital’s Fashion Week.

The take-over of Rinascente in Milan visually builds the bridge to our engagement in motorsports and AlphaTauri’s launch as a premium fashion brand on the Italian market. It represents the first move of AlphaTauri’s global expansion.

Milestone for AlphaTauri. Red Bull has been growing its very own premium fashion brand AlphaTauri since 2016. Renaming Scuderia Toro Rosso as Scuderia AlphaTauri marks another important milestone in the company‘s global rollout strategy.

On the track from 15 February. There was an early end to the evening for the team‘s drivers, Pierre Gasly (FRA) and Daniil Kvyat (RUS), as they prepared to take the new Scuderia AlphaTauri F1 cars on the track for the first time in a filming session the following day in Misano, Italy.

Official winter testing starts on 19 February at Barcelona‘s Grand Prix circuit. The new cars will see their first racing action at the traditional season opener in Melbourne on 15 March. 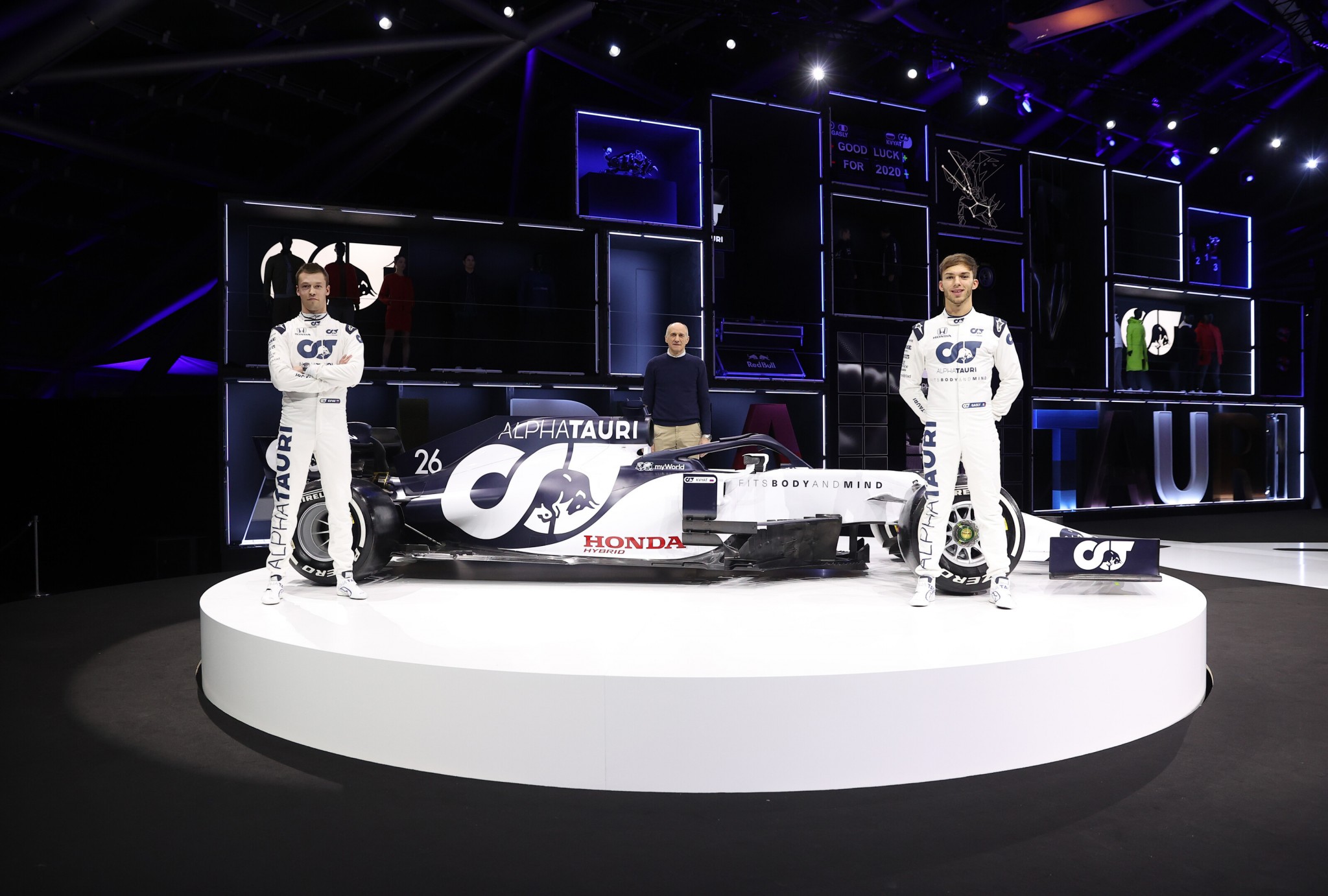 Scuderia AlphaTauri – the most fashionable team in F1 – car launch.

Pierre Gasly: “I think Scuderia AlphaTauri is a fantastic project, a new adventure. There’s the end of the story of Toro Rosso for sure, which is quite emotional for me because they gave me my first opportunity in Formula 1. But there’s a new chapter coming with Scuderia AlphaTauri.

“I like fashion as well, so for me, it’s great to be combining a fashion brand with Formula 1. I think it’s a great adventure that is starting now and I’m excited to get started properly on track and take the brand to another level.”

Daniil Kvyat: “For us, I think as a team it’s a great thing. It’s exciting and the clothes are great – very easy to travel with. Last year was competitive for us in terms of team performance, and we will try to do something similar this year. I think we have a very strong baseline and we’re going to try to do as many of those strong races that we had last year. We’re going to try and repeat them more and more often. It should bring us good results like this and I hope it’s going to work out.”