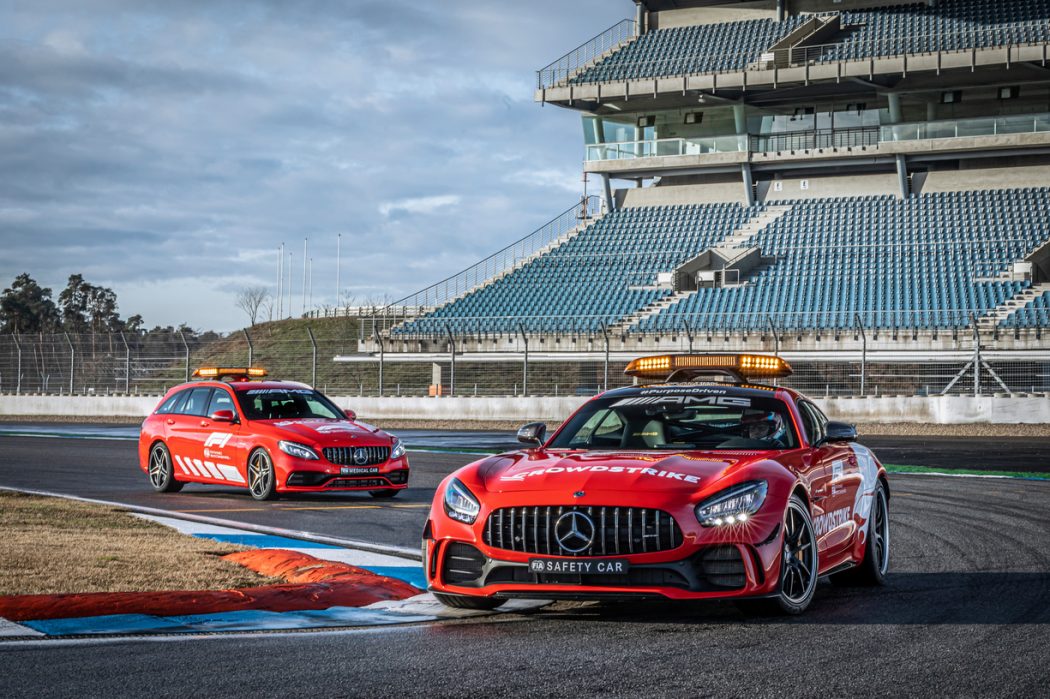 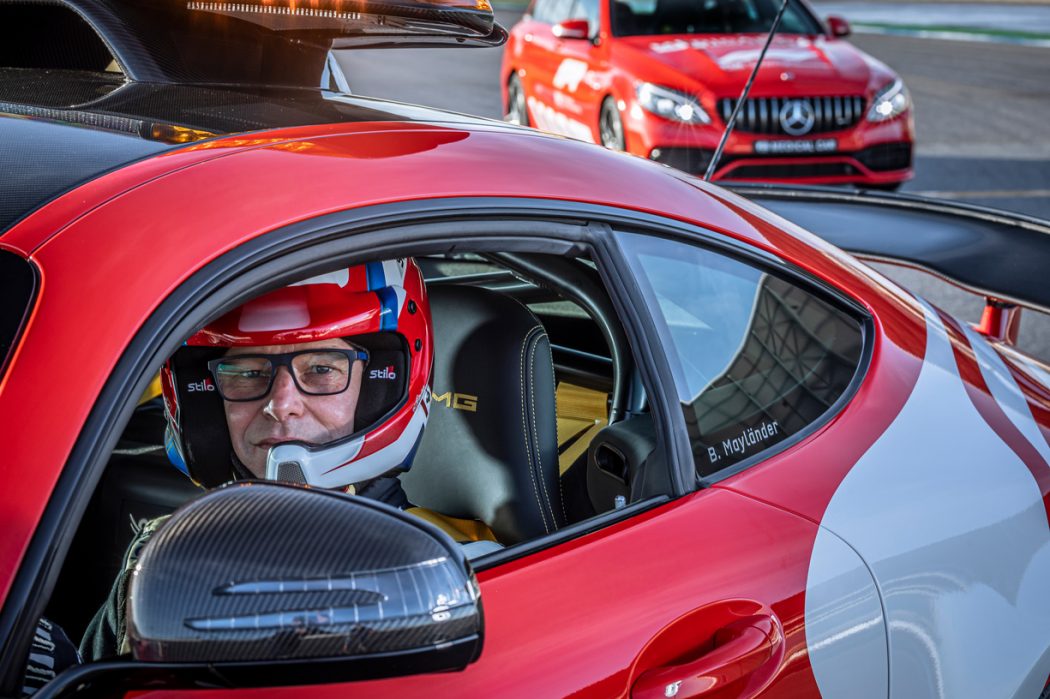 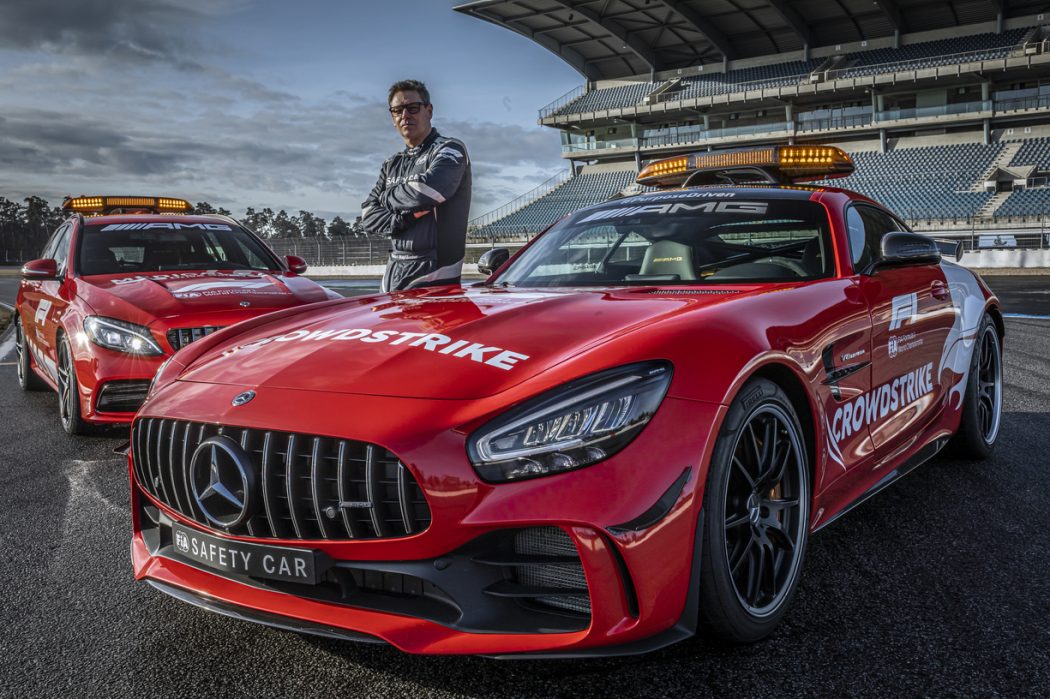 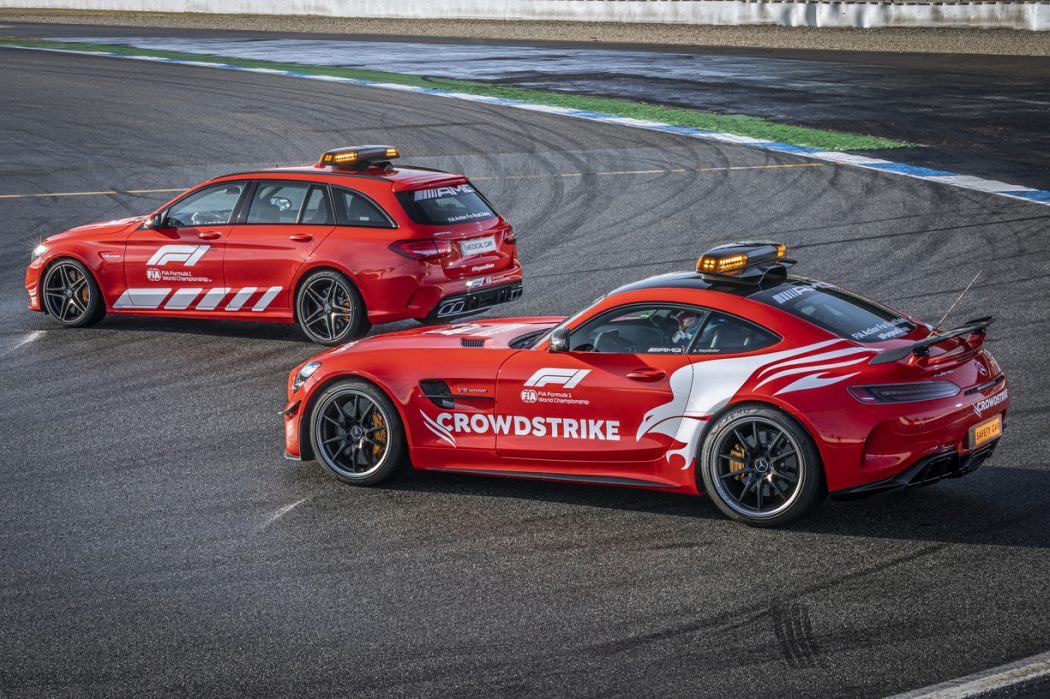 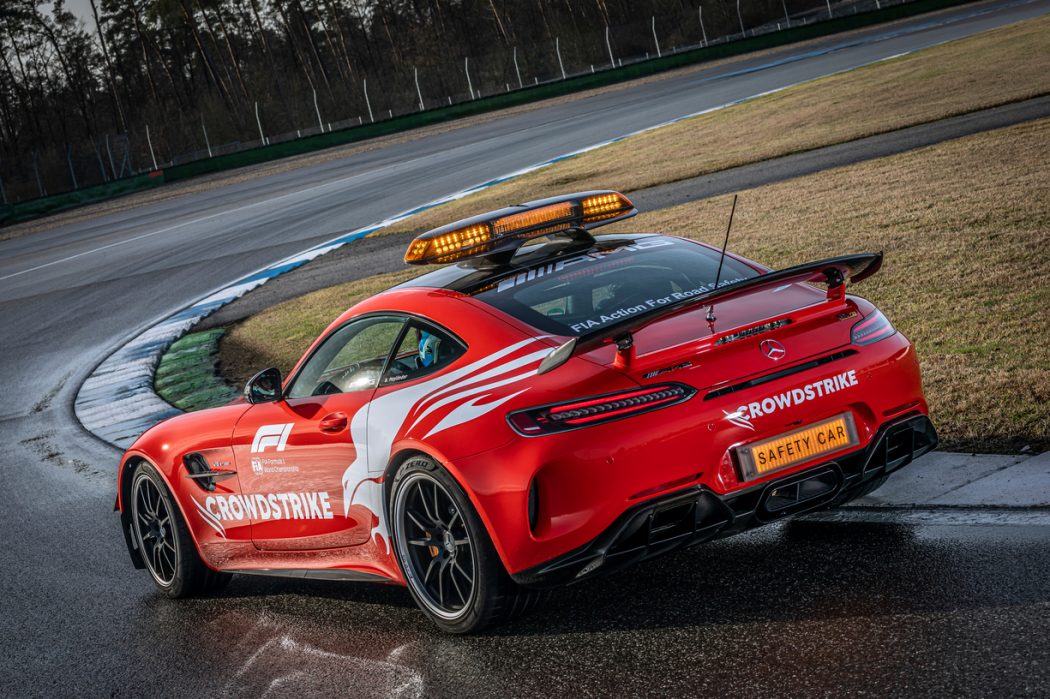 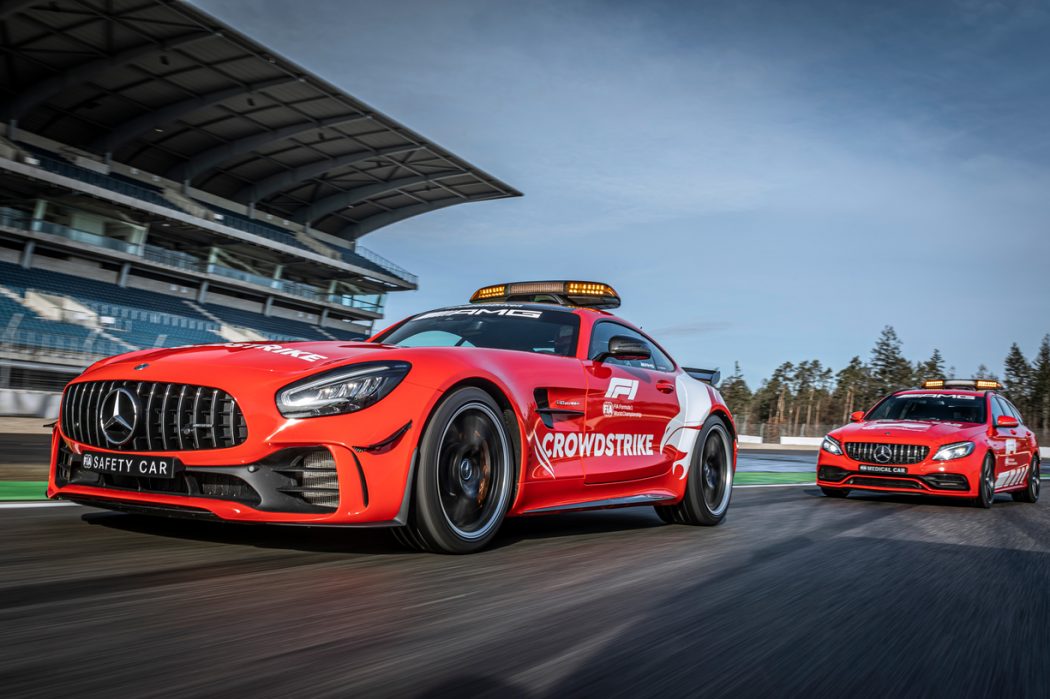 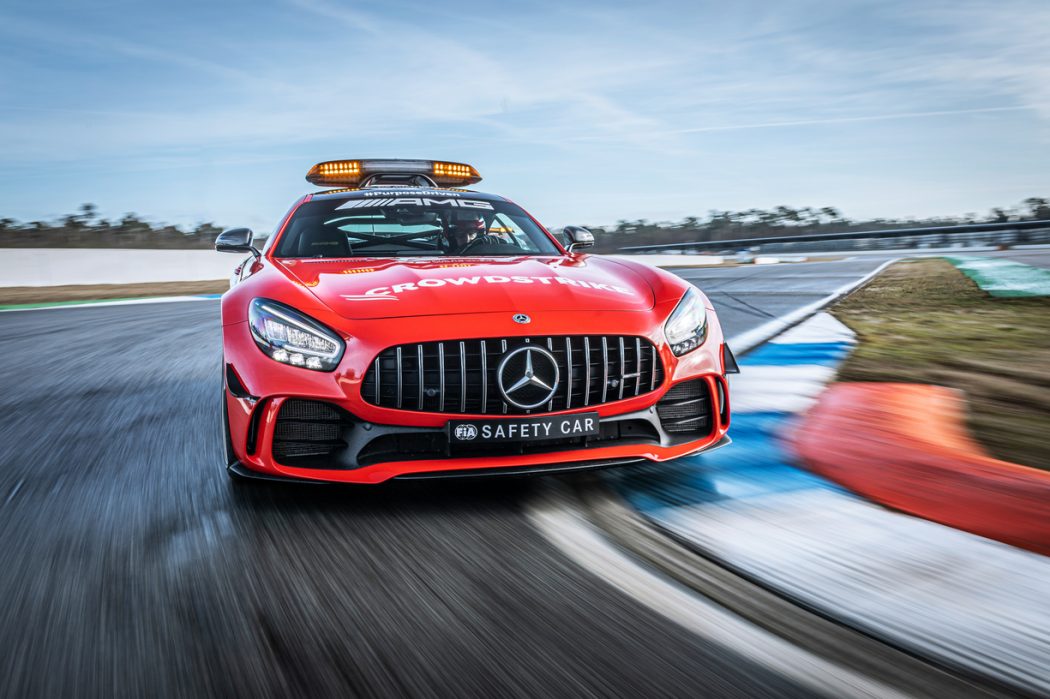 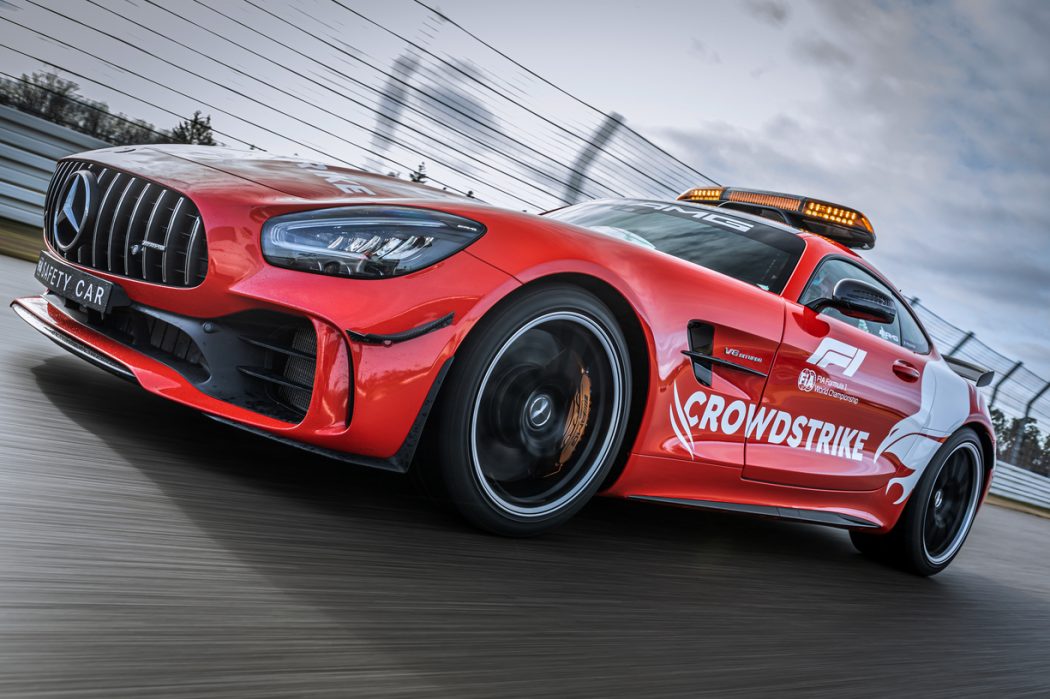 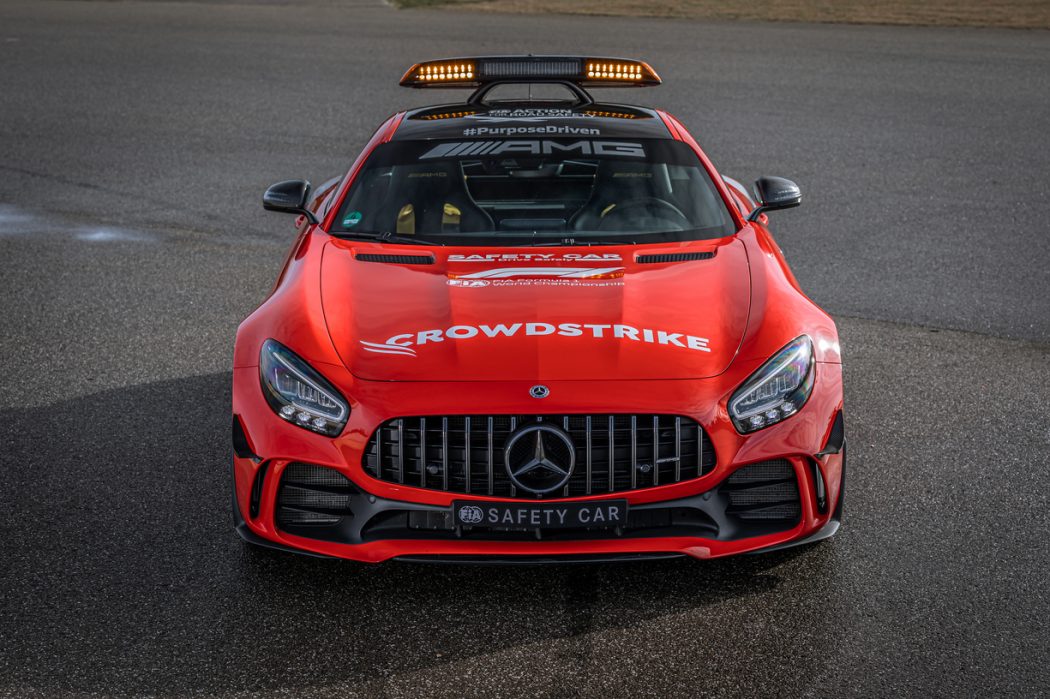 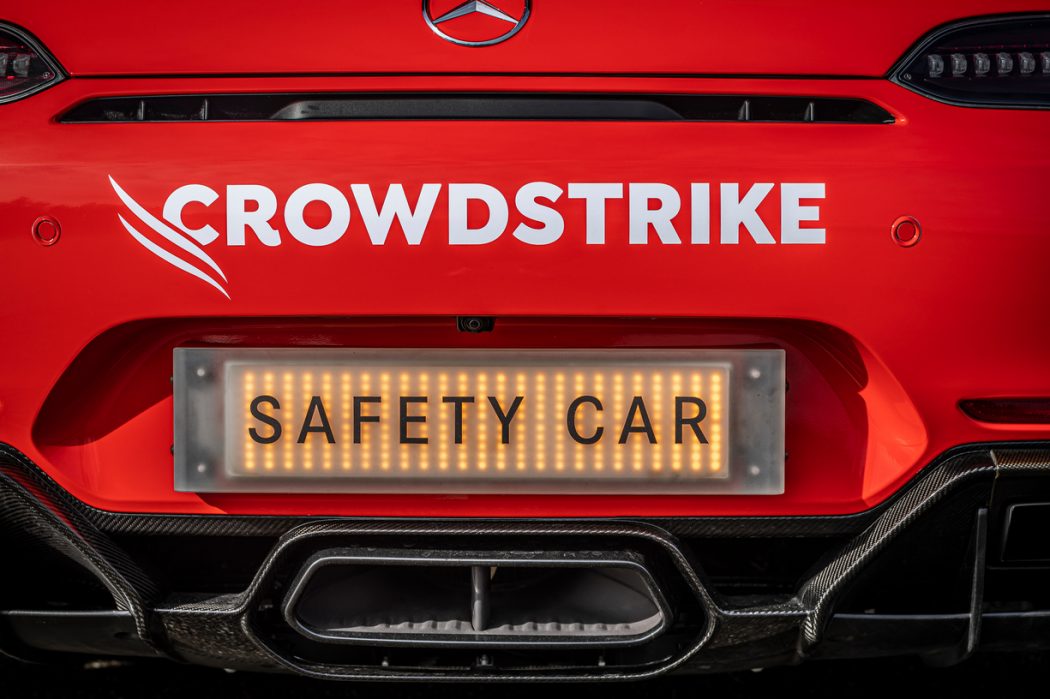 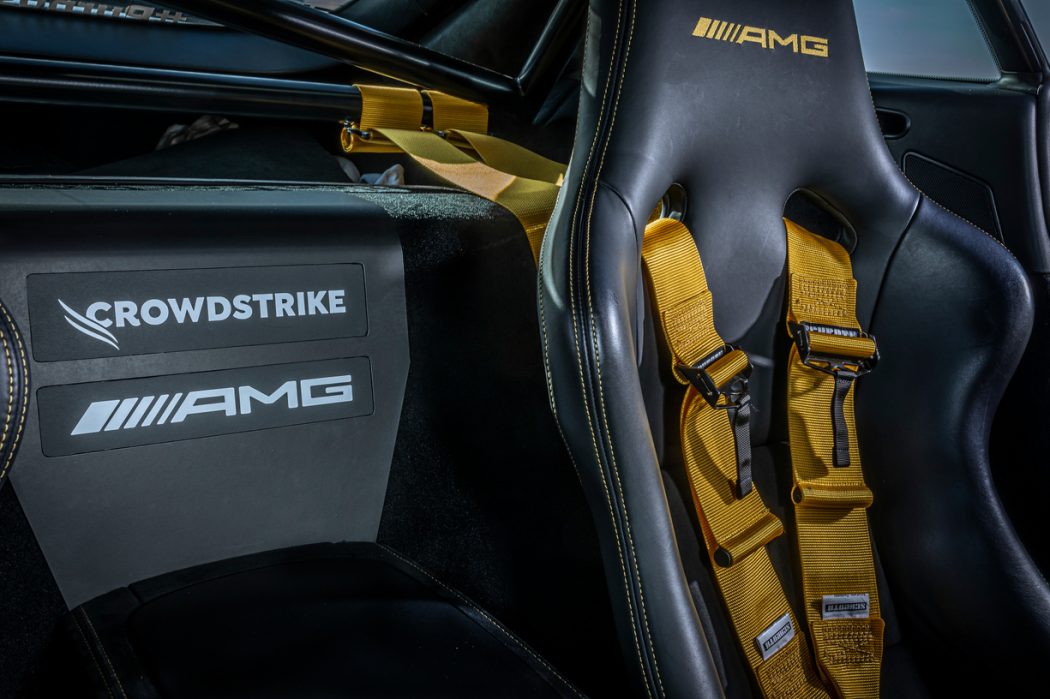 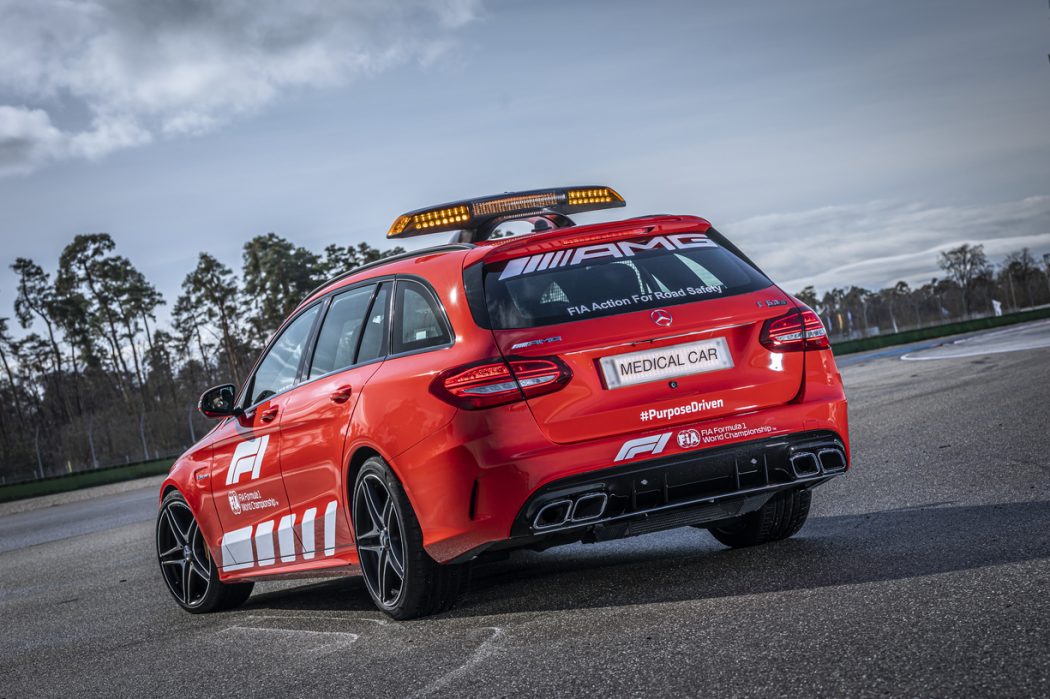 The Mercedes-AMG Official Safety Car and Official Medical Car of the FIA Formula One World Championship are entering the start of the 2021 Formula 1 season with new paintwork: the rich red not only corresponds to the Mercedes-AMG signature colour, much more it represents the Mercedes-AMG Petronas F1 Team partner CrowdStrike. The market leader in cybersecurity will become the Official Mercedes Safety Car Partner from this season.

In recent years the FIA has done a huge amount for safety in Formula 1. Nonetheless, accidents cannot be completely avoided, and this is when we see how important the work of the stewards and the dependability of the safety car and medical car are.

“One hundred per cent reliability and speed are the decisive factors. With our AMG GT R and our C 63 S Estate, we have two tailor-made, racetrack-tested cars in our portfolio that have proved their worth as the FIA Safety Car and FIA Medical Car. The new-look also suits them extremely well,” says Philipp Schiemer, CEO of Mercedes-AMG GmbH.

Christoph Sagemüller, Head of Mercedes-AMG Motorsport, adds: “Vehicles from Mercedes-AMG have been leading the Formula 1 field safely around the track as Official Safety Cars since 1996, whenever poor weather conditions or incidents call for their use. It was therefore a matter of course for us to extend the contract again. Maximum safety is one of our highest priorities – both in motorsport and for our road vehicles. But we of course hope that both cars will need to be used as little as possible this season.”

CrowdStrike has been a partner of the Mercedes-AMG Petronas F1 Team since 2019. From this season, the partnership with the market leader for cloud-based end device protection has been extended to include the commitment to the Mercedes safety car.

AMG Brand Ambassador and Instructor at the AMG Driving Academy Bernd Mayländer has been the FIA appointed driver of the Official Safety Car of the FIA Formula One World Championship since 2000: “In all the years my safety cars have never let me down. This exemplary reliability is also a fundamental safety factor. The high racetrack performance thrills me over and again. I am delighted that I am continuing to drive the FIA Safety Car and in this season it will be even more interesting, not just because of the new colour.”

In 2021 Bernd Mayländer will lead the Formula 1 field around the racing circuits in various vehicles alternately: for the first time since 1996, Mercedes-AMG is sharing the challenging safety tasks of the FIA Safety Car and FIA Medical Car with another vehicle manufacturer – the British sports car brand Aston Martin, with which there is extensive cooperation involving technology, including in the form of the eight-cylinder bi-turbo engines from Affalterbach.

The first assignment is being taken on by Aston Martin at the season’s opener on 28 March at the Formula 1 Gulf Air Bahrain Grand Prix 2021. Mercedes-AMG will start with its safety vehicles on 18 April at the second round of the FIA Formula One World Championship in Imola.

On the technical front, the 430 kW (585 hp) Mercedes-AMG GT R remains unchanged from the previous year: the front-mid-engine concept with transaxle, the powerful 4.0-litre V8 bi-turbo engine, the complex design of the chassis, the sophisticated active aerodynamics and the intelligent lightweight construction provide the basis for superb vehicle dynamics. The AMG Track Package with a roll-over protection system and the ceramic high-performance compound braking system are on board as optional extras. As a result, the AMG GT R offers the optimal prerequisites for the tough job in the premier class of motorsport.

The FIA’s profile of requirements for the Official Safety Car is a demanding one. It must be able to maintain a minimum speed level to prevent the tyres and brakes of the Formula 1 vehicles from excessive cooling and the engines from overheating. With a top speed of 318 km/h and 3.6 seconds for the sprint from zero to 100 km/h, everything is in order with the AMG GT R.

Alongside the safety car, the Mercedes-AMG C 63 S Estate is on hand to provide emergency care as an Official Medical Car of the FIA Formula One World Championship, driven by the South African Alan van der Merwe. The FIA Medical Car follows the Formula 1 field on the starting lap, as the racing cars are grouped particularly closely together in this critical phase of the race.

In the event of an incident, the medics are thus able to reach the scene of the accident as quickly as possible and administer first aid immediately. In technical terms, the medical car corresponds to the 375 kW (510 hp) series vehicle, and it is also equipped for use on the track with the optional ceramic high-performance compound braking system. Four individual racing seats with four-point belts offer the driver and the team of doctors optimum support and safety.

In the interior, both safety vehicles have two additional screens. On one of them, the current television image of the race broadcast can be seen. The second screen shows the current track position of the individual racing cars on a graphic. Both safety vehicles are also fitted with a carbon-fibre roof light bar, specially developed by AMG, which houses the obligatory flashing light.

During the race, the Official Medical Car of the FIA Formula One World Championship and the Official Safety Car are on stand-by next to each other in the pit lane.