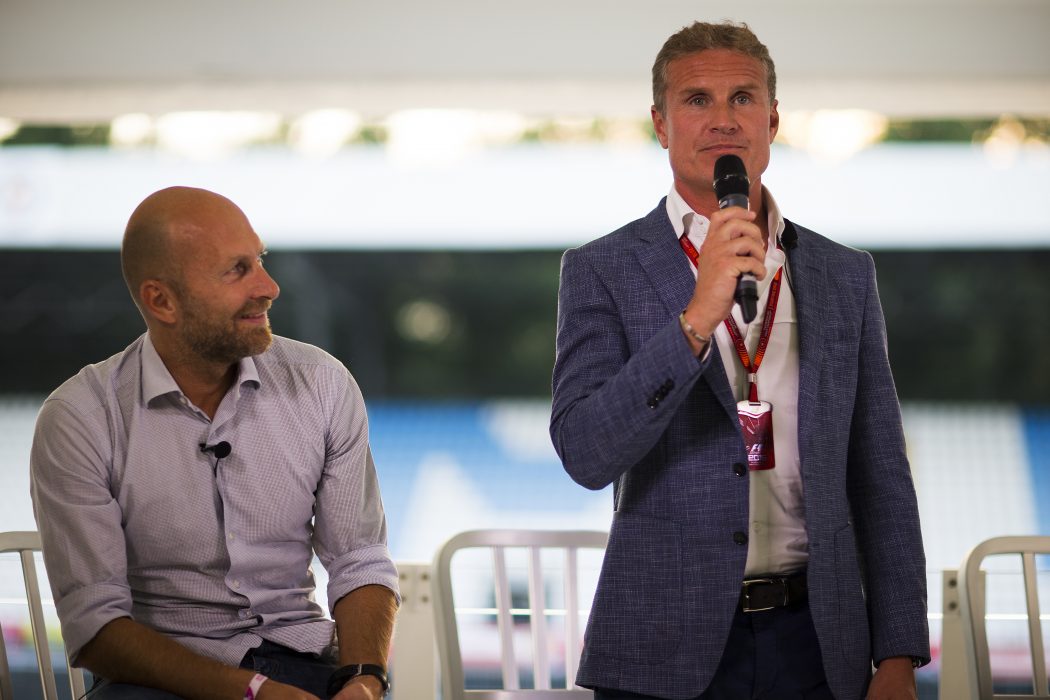 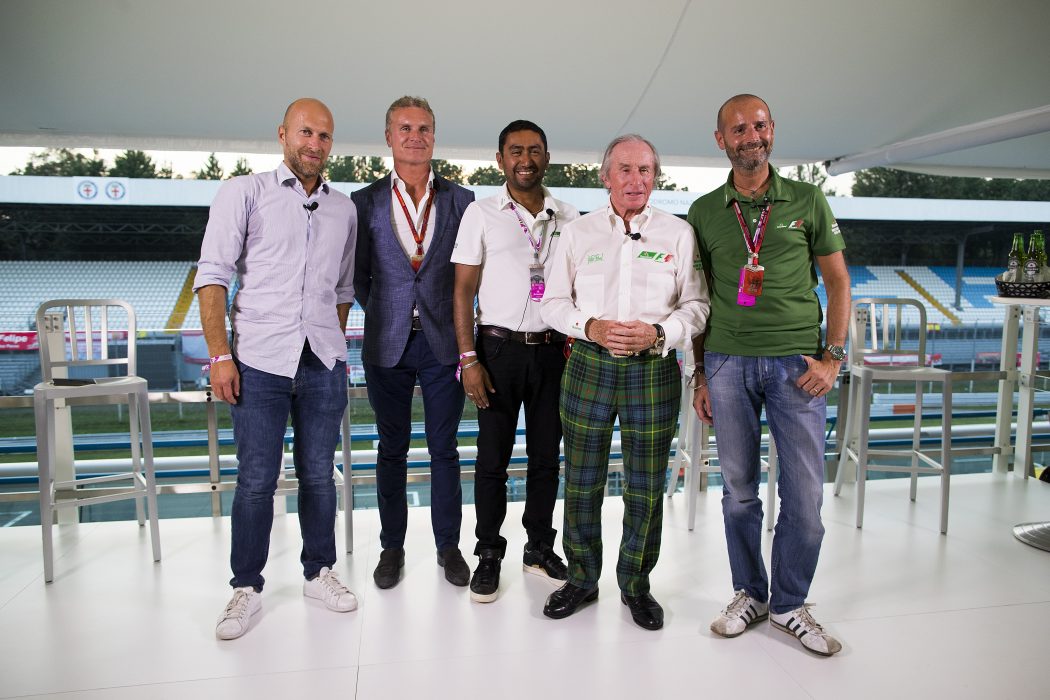 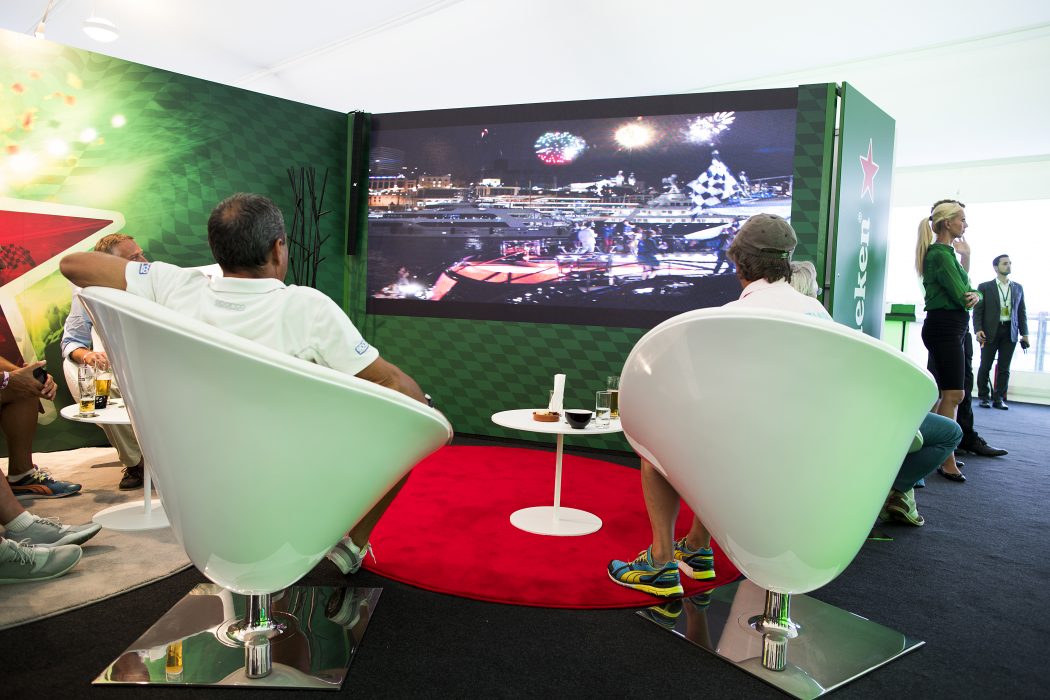 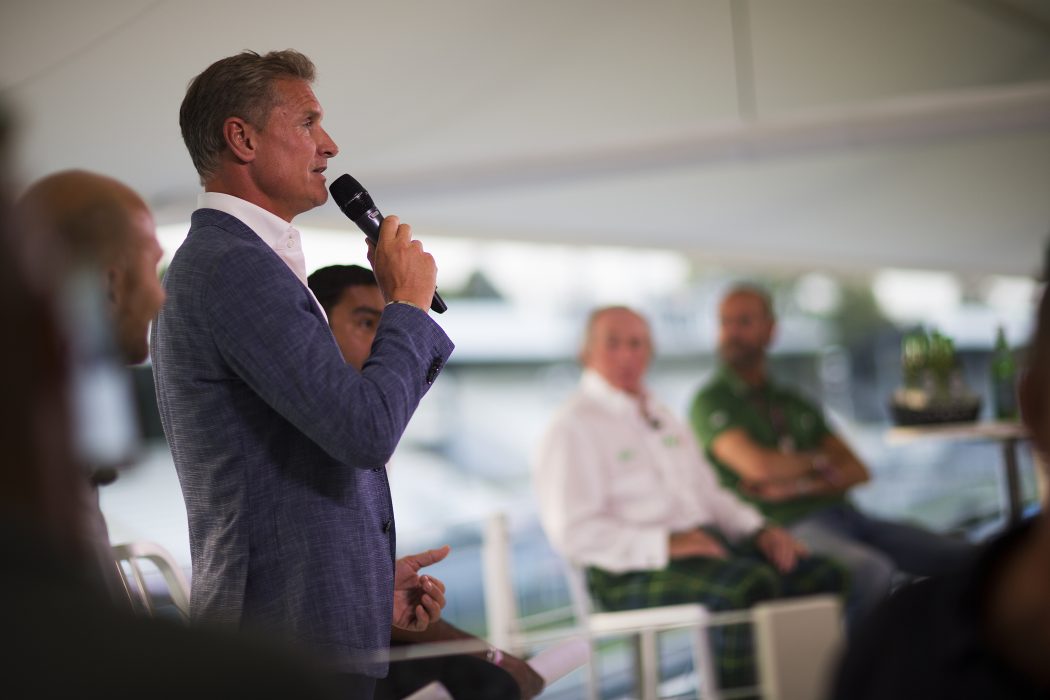 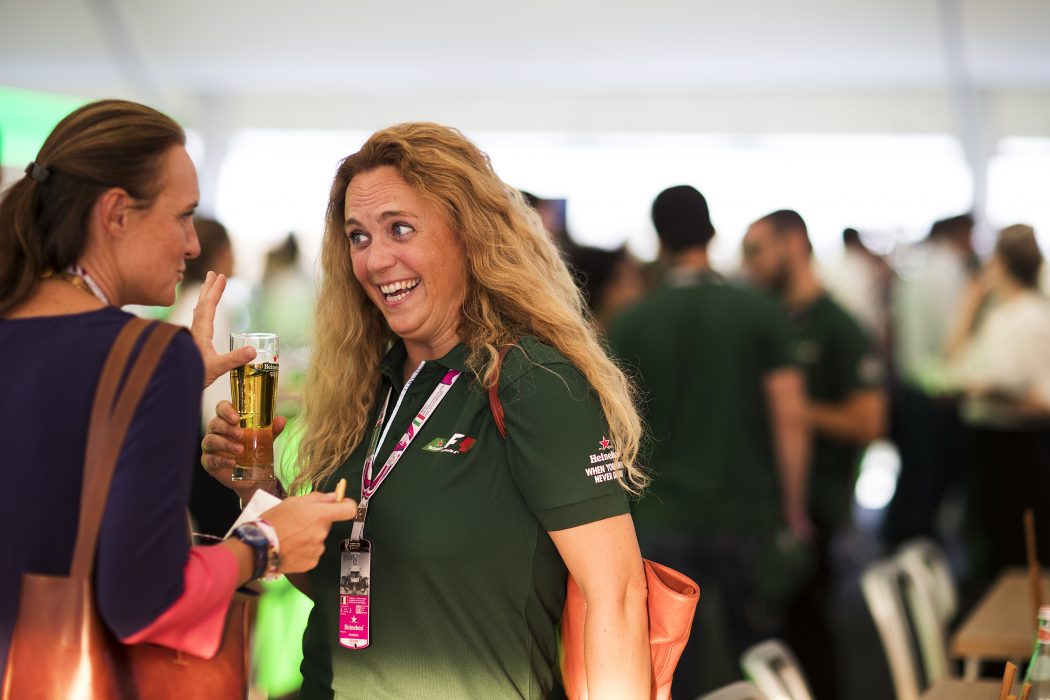 After spending the day with the Sauber F1 team I’m collecting up my things and heading towards the paddock exit when I receive a message from a friend working on the Heineken F1 launch: “Hi Jon, are you still at the circuit? Can you make it over to the paddock club now for an interview with David Coulthard?”

30 minutes later, following the premiere of Heineken’s first Formula 1 commercials featuring Sir Jackie Stewart and David Coulthard, glass of Dutch courage in hand I find myself sitting on a sofa with the man himself. Awkward introductions out of the way, we set to it.

David, with your new role as Heineken F1 Ambassador, continued involvement with Red Bull Racing, work with Chanel 4 and Whisper Films in front of and behind the camera, Snoozebox and your other business interests, when exactly do you sleep?

(With a wry smile) Well, I sleep long and well thank you very much! I’ve got a wife and a son, who I’ve taken karting this summer. It’s all about time management. I remember when I was a young driver a friend of a friend introduced me to Derek Warrick, he very kindly gave his time to have lunch with me, and he said to me, what do you do for training? I told him I found it difficult to find the time, he looked at me and said if you’re serious about being successful, you’ll find the time.

Those words stuck with me. I maintain a healthy lifestyle, I like a beer, but I also drink a lot of water, I eat healthy, I train, and it’s just about management. Knowing when to say no, which is very difficult when you are young, because you never want to say no. But being organised and pragmatic in how you structure your time.

I come from an entrepreneurial background, my family had a transport business; I grew up around my father’s work ethic, with the clear separation between family time and work time. That’s something that I picked up on and carry with me in the way I live my life today.

I’m also a great believer in people. I’m not a designer, I’m just a driver. What makes success is not the name above the door otherwise Ferrari would win all the time. It’s the people with in. So when I went to Red Bull and we had the opportunity to shape and the structure the team it was all about getting people, not necessarily the person seen as the individual superstar like an Adrian Newey who is actually a superstar, but the person who has the ability to connect and work with people and a willingness to bounce of each other and achieve results as a collective.

I wanted to ask what’s so addictive about Formula 1 that makes you want to stay around after your driving career, but after listening to what you just explained it sounds like as an entrepreneur, you see the business opportunities within the sport and now you aren’t driving you have a freedom to explore these areas.

It is true – it’s partly the business, but Formula 1 has a very addictive environment. The sport is filled with a “can do” attitude from catering to media, from designers to engineers, mechanics, drivers; you never really hear anyone say “ah the problem is” or “let me get back to you on Monday”. Engineers are especially incredible, they never say to the driver “I can’t fix that”, never. They aren’t taught that. There always has to be a way. We are in a creative industry, where yes there are constraints, but there are still so many areas that haven’t been explored yet because someone hasn’t had the idea. It’s that approach that is so addictive. That is the drug.

So with Heineken coming to the sport, essentially a consumer goods business coming to Formula 1, what’s next? Which sector should the sport be looking to now?

Formula 1 is a global sport, it’s a people business. If you look at the teams on the grid now, McLaren kind of lost their way but they seem to be making it back, Ferrari are treading water, Red Bull Racing have had a period of success. The sport is very public, this can be attractive to many sectors of the industry as brands want to connect to a story they can relate to and connect to or engage with consumers in a new way.

Finally, when you were a young driver did you ever see yourself as being part of a company that ends up broadcasting the Formula 1 coverage to the whole of the UK?

My father raced go karts until he was 14; he never raced cars but he loved motorsport. We used to watch all Grands Prix together, we’d sit and watch 30 minute highlights on BBC2 with James Hunt and Murray Walker. When I was 14 and starting to progress in my driving career he said to me that I should always maximise my lifestyle opportunities and earning potential. He told me “when”, not “if”, but when I get to Formula 1, I should live in Monaco. Ten years later I moved to Monte-Carlo. My father has lived in Scotland in the same house his entire life, so it wasn’t like he had this other life in the south of France, he just had that vision and foresight. He always said “your time as a driver in Formula 1 will be ten years if you’re lucky, and you can be working in television long after that”. So he encouraged me to get to know that side of the business and be prepared.

Moving on from driving was not a surprise, becoming a Formula 1 driver in the first place was not a surprise, it came from self belief, it was all part of a work ethic that helped bring all that together. I had already signed to work for the BBC before I retired, and then Jake Humphrey, Sunil Patel (BBC F1 co-presenter and producer, founders of Whisper Films) and I were sitting in the paddock talking about how we could start a production company and our goal ultimately was to take over the broadcast for Formula 1. Seven years later the Chanel 4 deal came along. It all happened faster than we expected, but it was definitely not a surprise. If you have a goal of where you want to go, why should you be surprised when you get there?

Thank you to David Coulthard for his candid reflection, for his take on the business of Formula 1, and to Heineken for facilitating this interview.