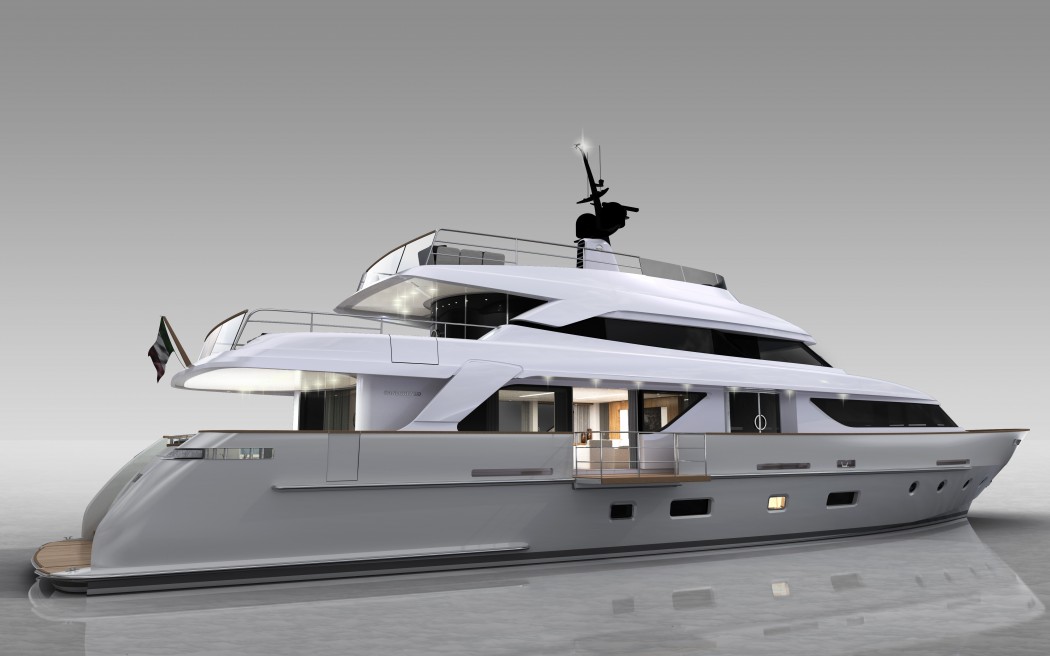 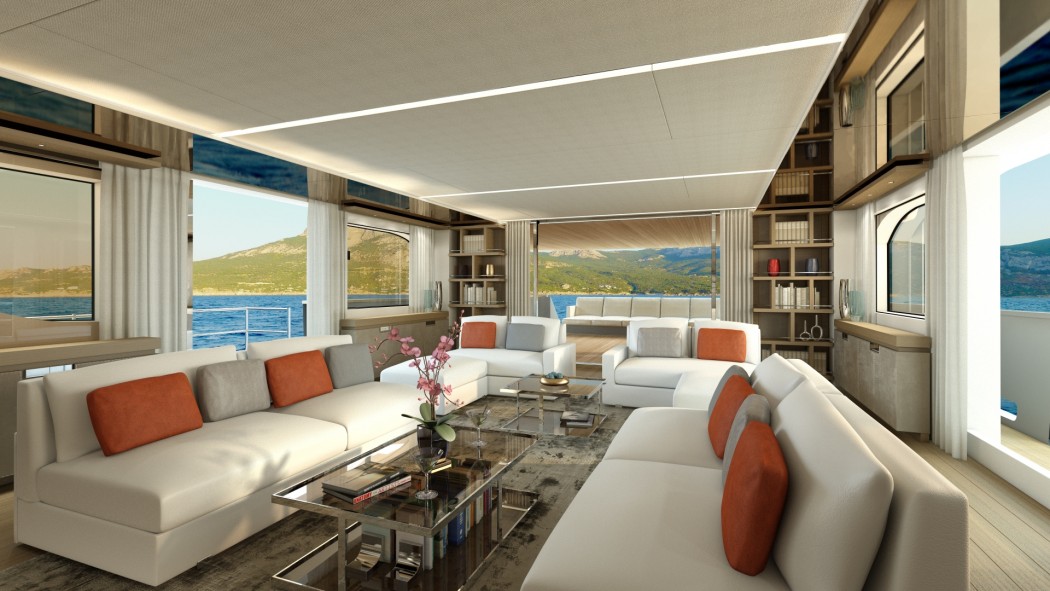 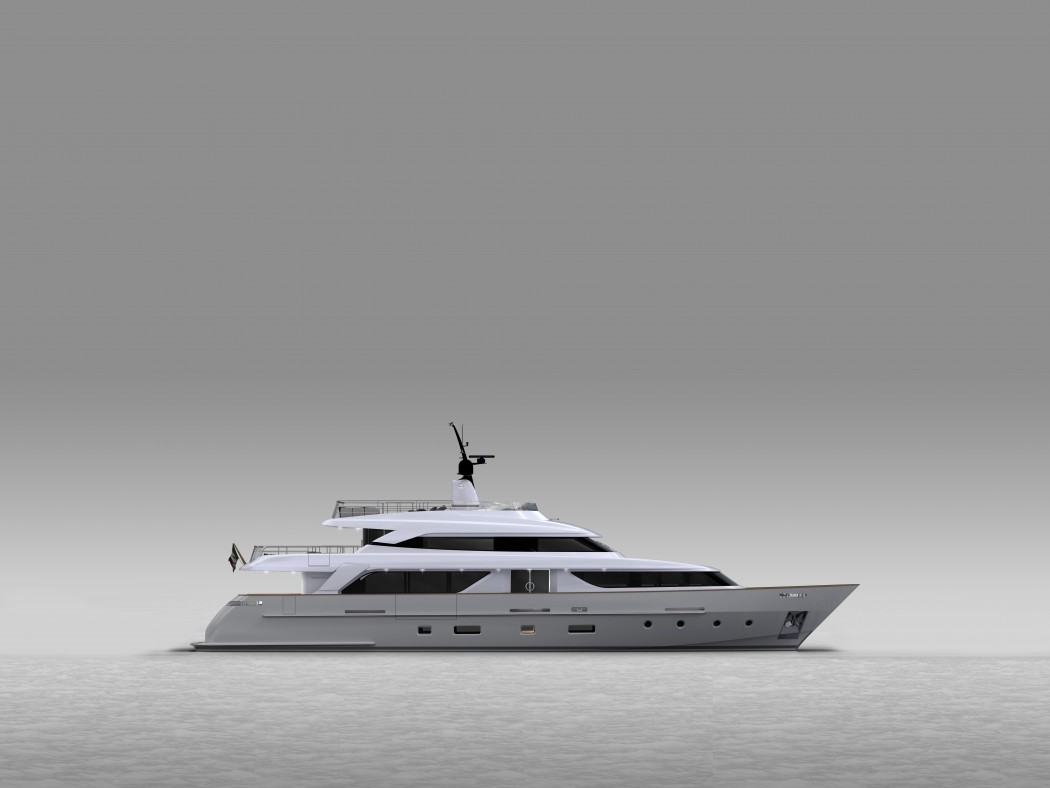 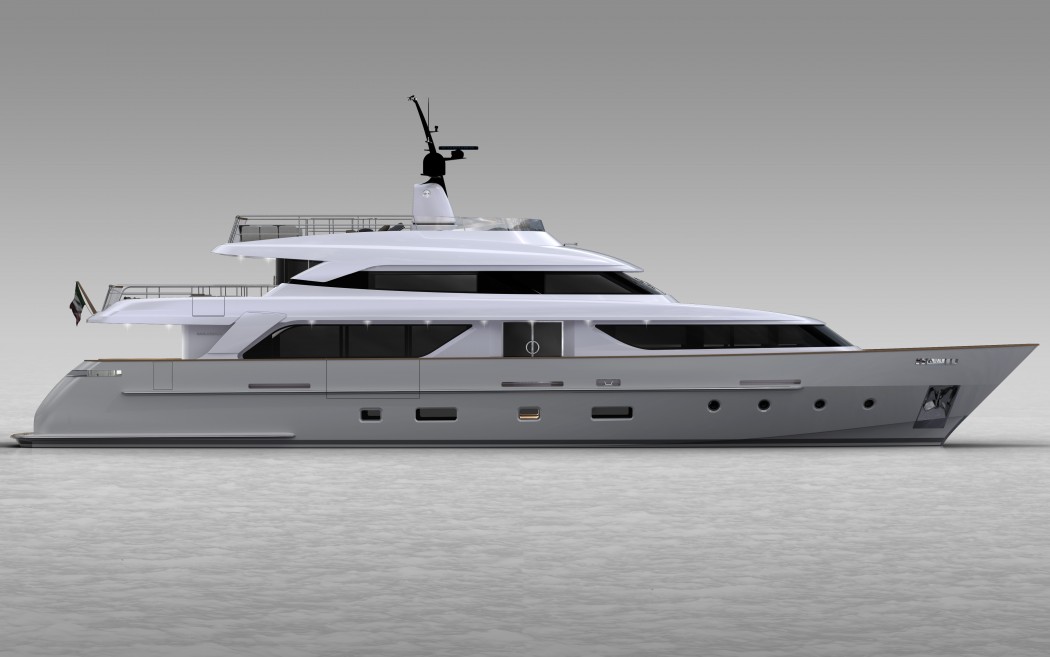 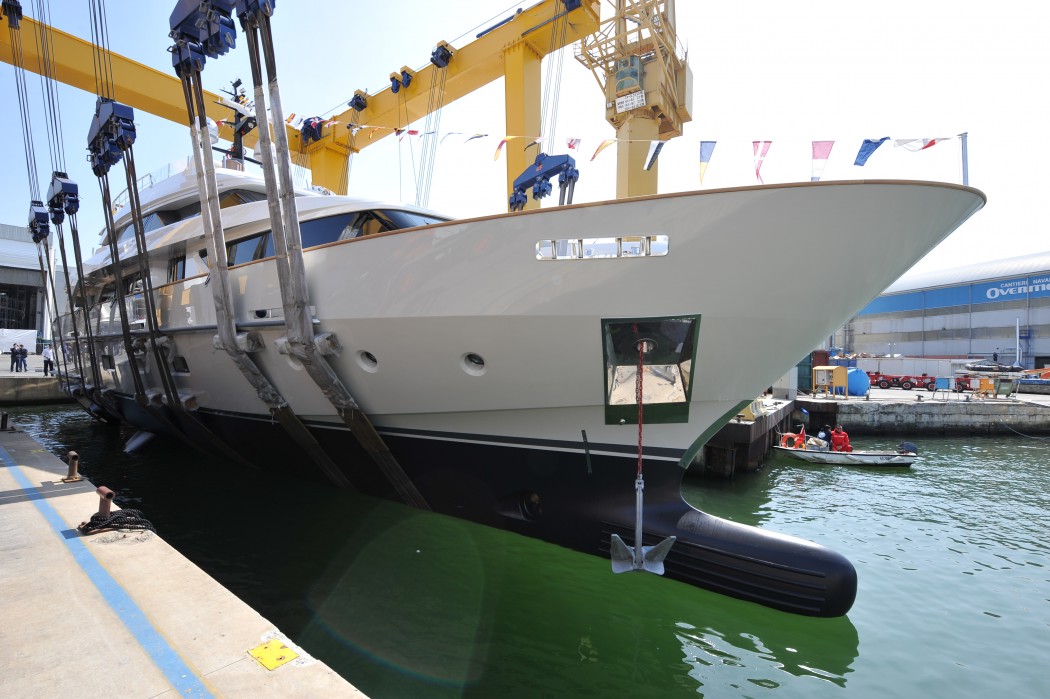 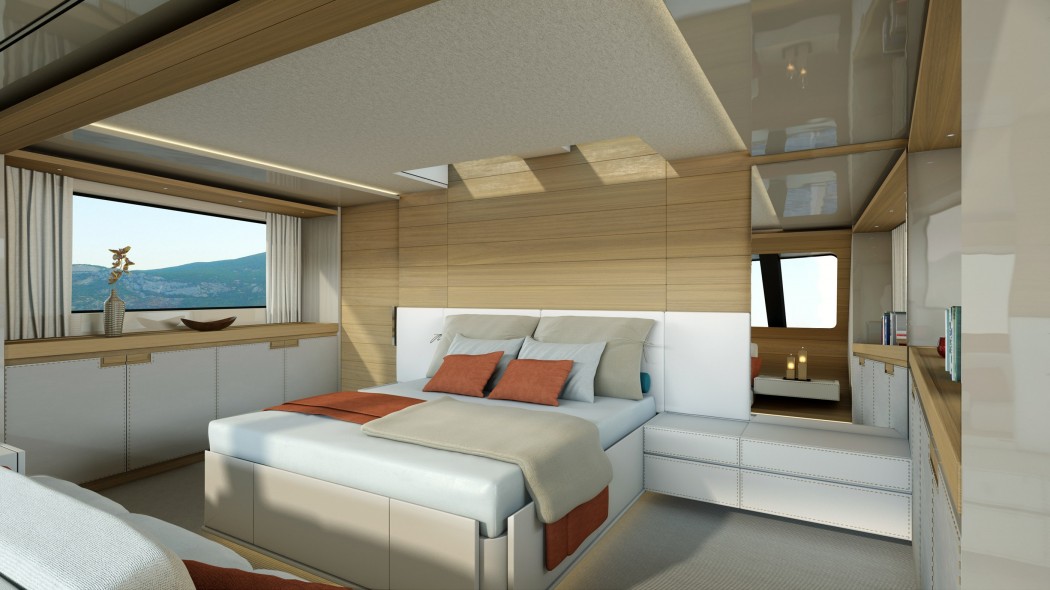 Two years after the first plans for this new line of motoryacht were began, Sanlorenzo has just launched “O”, the first SD112 unit – a 33.6-meter semi-displacement motoryacht in composite material, made to measure according to the tastes and the style of her owner, like every Sanlorenzo since 1958.

After the recent launch of the astounding SL118 – 37-meter planning hull presented at Rapallo during the Sanlorenzo Elite Days – the SD112 made her first sea debut. The launch ceremony was attended by her owner who came from Central America with his family and friends to celebrate the important event along with everyone from Sanlorenzo that contributed to her construction.

The SD112 (33.6 meters) was built to enhance the historic Sanlorenzo semi-displacement fibreglass line (named SD) with a model that positions itself neatly between the two existing models SD92 (28 meters) and SD122 (38 meters), so as to complete the SD range and to offer a product that provides the best aspects of both. The experience gained by Sanlorenzo with the more than 30 SD sailing motoryachts, allowed the shipyard to plan the motoryacht’s flawless design.

As a testimony to a great balance achieved with the SD112 model in terms of design, volume and performance, as of today six SD112 units have already been sold, even before the official launch of “O” and the next three hulls are in an advanced stage of production.

Though maintaining the unmistakable features of the SD range, such as the curved doors on the sides and the lateral window shape, the SD112 offers innovative solutions like the foldable terraces in the salon area that open out seawards and the door which connect the huge cockpit to the salon that, once completely opened creates one unique living area between outdoors and indoors.

The superstructure has three decks, but thanks to a series of stylish design innovations it has the slim line appearance of a two-deck yacht. The sundeck is very roomy and “O” even accommodates a large Jacuzzi, totally surrounded by sunbeds, while the unmistakable Sanlorenzo SD “funnel” brings to mind the ‘30s transatlantic liners.

“O”’s interior design are completely chosen by her owner, in a modern style incorporating prestigious Made in Italy brands, like Edra, Minotti and Paola Lenti sofas, Enzo Degli Angioni fabrics and Penelope Oggi leathers. The Tanganyika walnut teak placed on the cockpit ceiling is original and unique, as is the artistic covering in resin and metal used on the shutters of the large salon wardrobe: an authentic piece of art by Italian studio ORK.

The main deck, besides the salon, also permits a sumptuous owner’s cabin that dominates the bow area while the lower deck can host another 4 guests cabins and the crew quarter with 7 beds.

Unmistakable style and sophisticated design place Sanlorenzo motoryachts to the peak of International yacht building, where the Italian based Shipyard, in over 50 years of history, has become a synonym of excellence both in terms of refinement and attention to detail which led to Sanlorenzo becoming the second shipyard in the world ranking of the top builders over 24 meters.