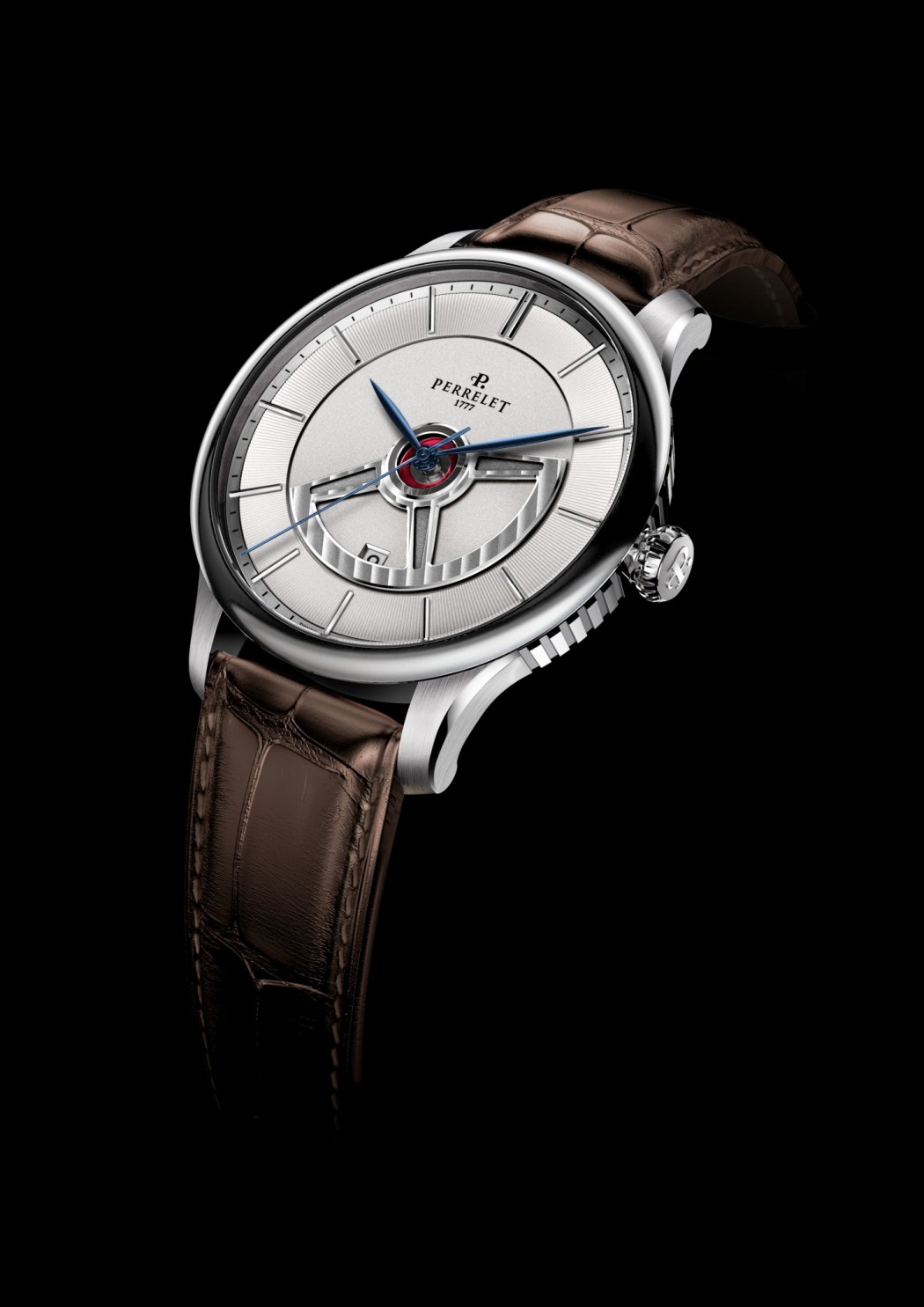 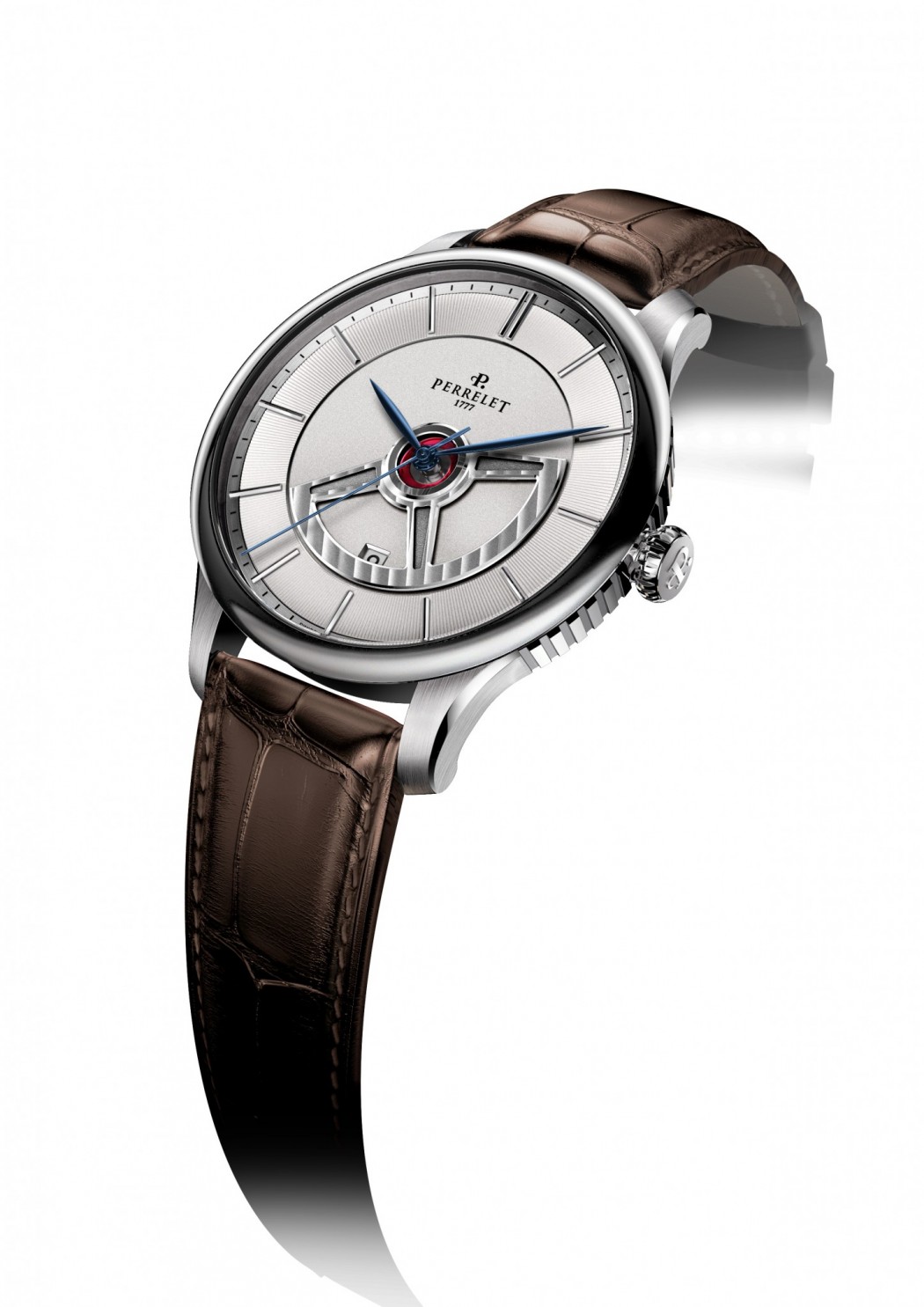 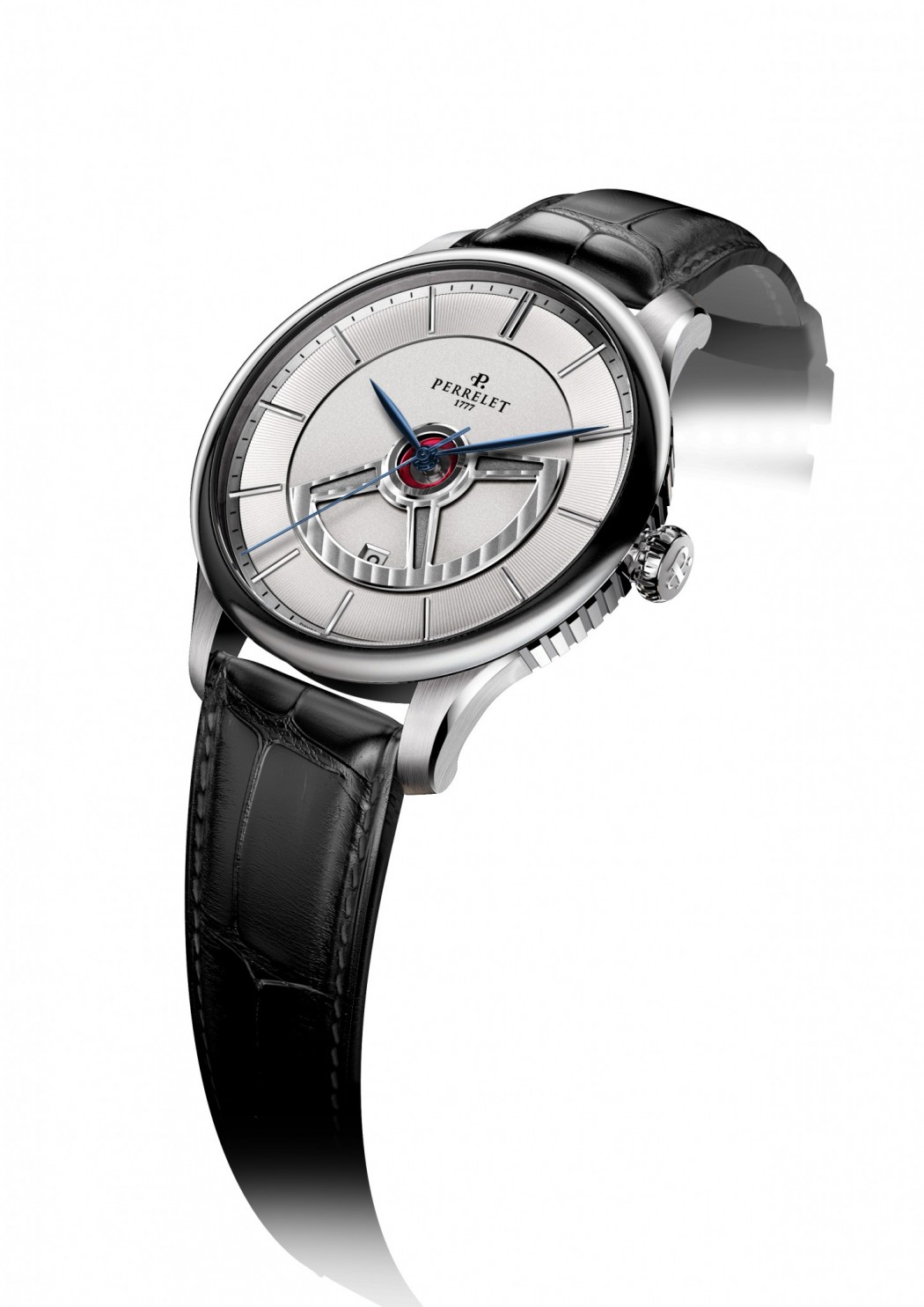 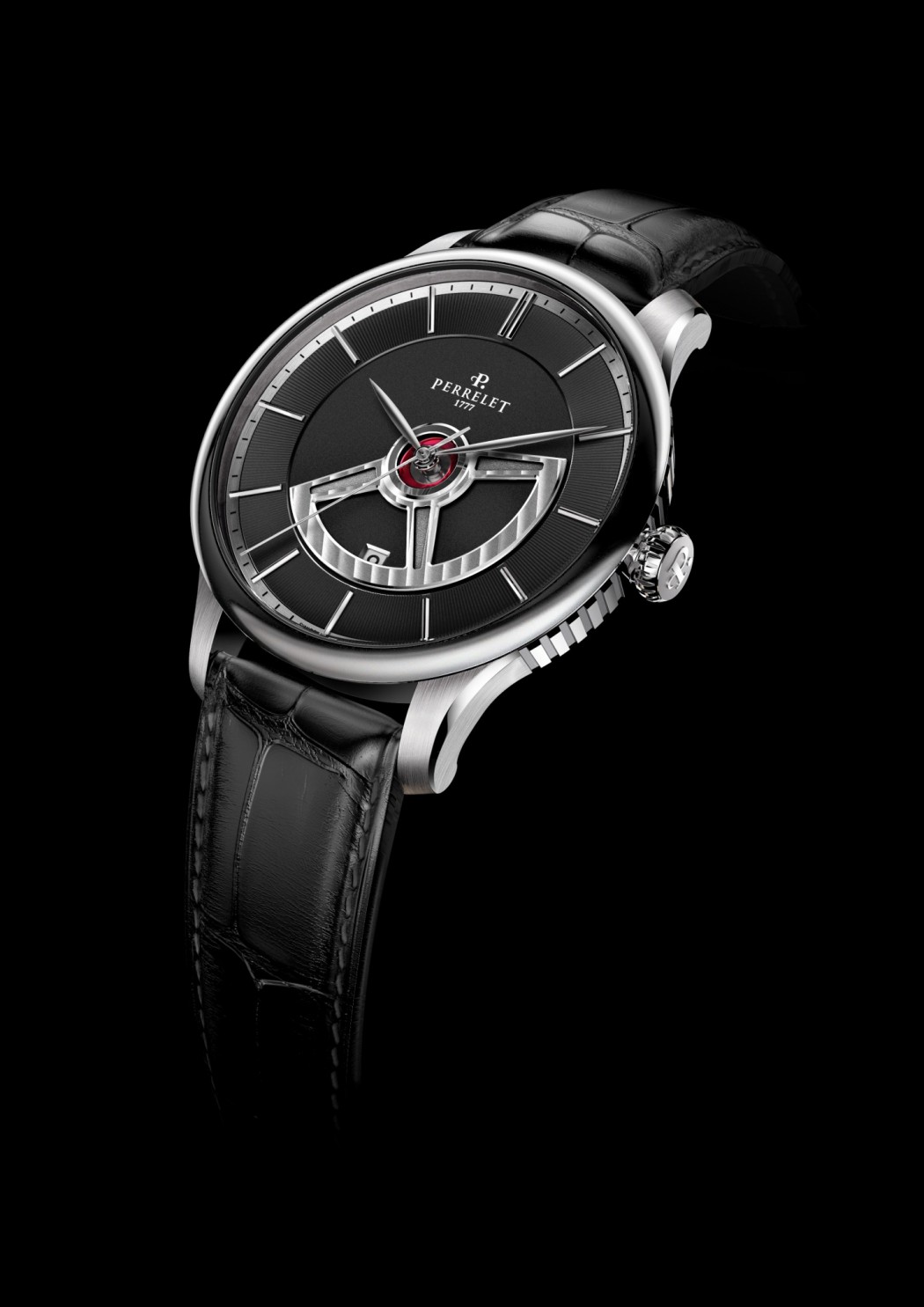 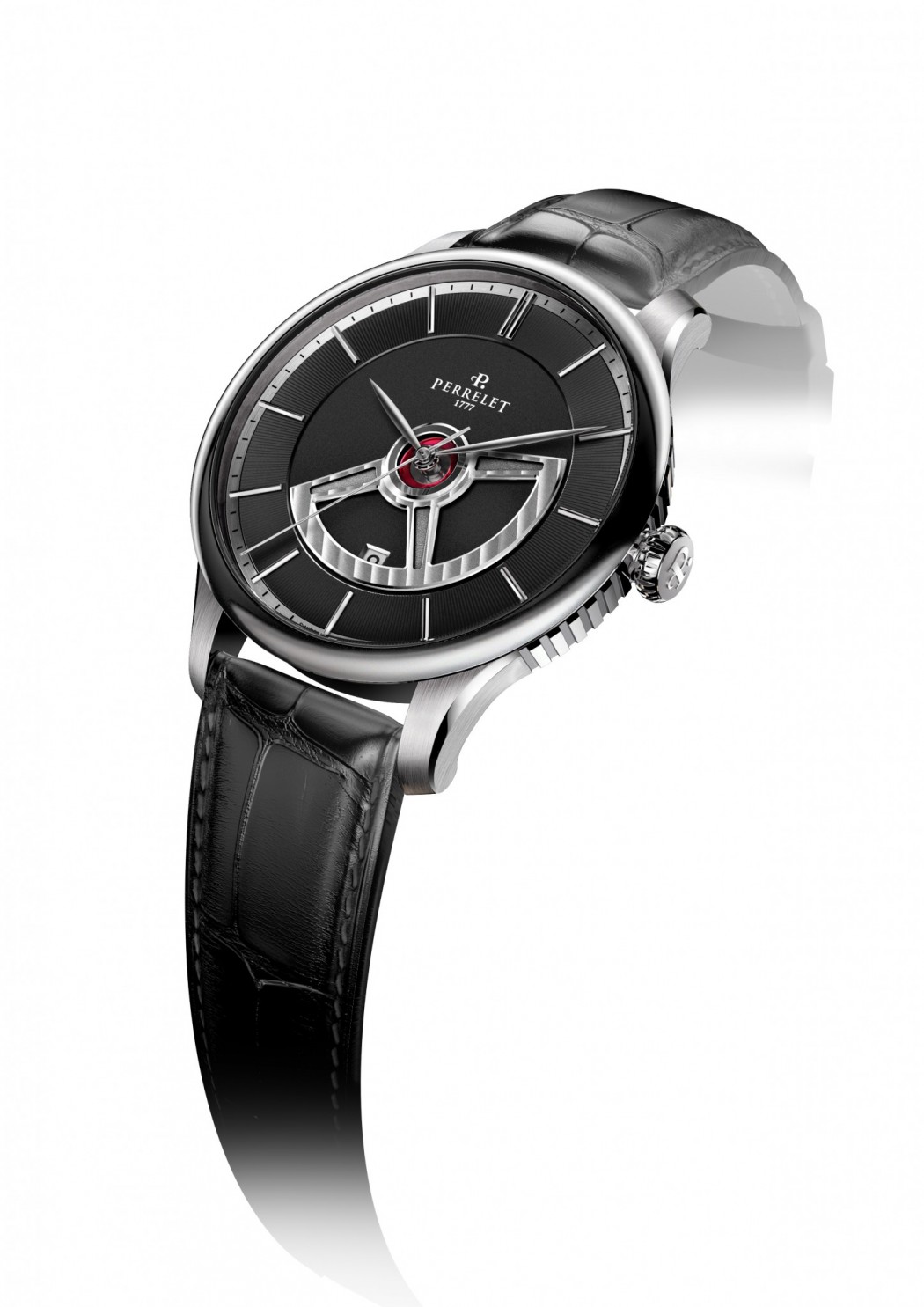 This autumn, Perrelet is enriching its First Class line with two new collections: First Class Double Rotor and First Class Double Rotor Skeleton. The Double Rotor technology is in the limelight with these timepieces featuring a stainless 42.50 mm-diameter case with pure, sleek lines enhanced by the signature Perrelet fluted pattern on the side. The blued hands lend a touch of color to the purity of the dials, as does the 26th movement jewel elegantly revealed in the center. These new features endow the dial with a pleasing aesthetic balance as well a sense of openness and lightness that is further enhanced by baton-shaped hour-markers.

In 1995, Perrelet introduced the first Double Rotor P-181 caliber with automatic winding via an oscillating weight. It represented a technical feat in that the mechanism draws its energy from two rotors. The first, referred to as the oscillating weight, is placed under the movement, while the second, known as the upper rotor, is sited at dial level and provides an opportunity to observe the automatic winding function. The perfectly synchronized rotation of the two rotors powers the barrel, thus providing the mechanism with a constant supply of energy. This device ensures winding that is faster, more stable and more efficient than with a classic system.

The refined elegance of the First Class Double Rotor and Double Rotor Skeleton models is accentuated by a brown or black alligator leather strap fitted with a steel folding clasp.

Great pictures! It's a shame Ferrari can not put their thing together this year.