Pierre Guyonnet-Duperat: we want to organise the best Grand Prix in the world

Communications Director of the French Grand Prix and former Deputy Media Delegate at Fédération Internationale de l’ Automobile (FIA), Pierre Guyonnet-Duperat is undoubtedly one of the most interesting people in the Formula 1 paddock. Pierre was often seen at motorsport media events next to the well-known Matteo Bonciani, former Head of F1 Communications.

I think most of the hardcore fans obviously know you but do not necessarily know what you went through before getting into the world of Formula 1. Could you talk to us about your studies and your early career?

I went to a business school in Bordeaux – at the end of my studies, in order to finish university, I had to do an internship, so I sent a spontaneous application to the FIA. I wrote to them that I want to work in the marketing department. Initially, their answer was a firm ‘no’, because they didn’t have any vacancies in that department. Then a couple of days later they called me back saying that they can offer me an internship in the communications department.

Of course, I was still interested as my plan was to work in motorsports. Basically, that’s how I started working for the FIA, becoming an intern in digital communications. Six months later I was offered a full-time position and I continued as a Digital Communications Manager. I had this role for one year and after that, I got another opportunity, which was a really nice one, actually. I applied for the position of Program Officer and Presidential Press Coordinator for FIA president Jean Todt. They gave me the green light and I spent one and a half years next to Jean Todt, travelling all around the world while doing sporting and mobility stuff.

Jean Todt and Éric Boullier are like mentors for me.

After all these really exciting positions, I became Deputy Media Delegate next to Matteo Bonciani for almost two years, and I ended up as a Media Delegate at the beginning of 2019, but then came another opportunity of Communications Director for the French Grand Prix. As I wanted to reduce the time I spent travelling, I happily accepted that offer in March 2019.

Before the FIA commitment, you worked in different countries like the US, Canada, and Germany. Was it a conscious career development from your side to achieve your ultimate goal, which was working in motorsports?

To be honest, you must gain some experience when you are young and studying in order to get credibility, so my goal was to work abroad. I wanted to show that I am flexible and I can adapt myself to different cultures. I also wanted to improve my English – funny enough, I was only speaking English in Berlin as well [laughs]. Overall, it was a fantastic experience as I managed to learn many different things in marketing and communications. 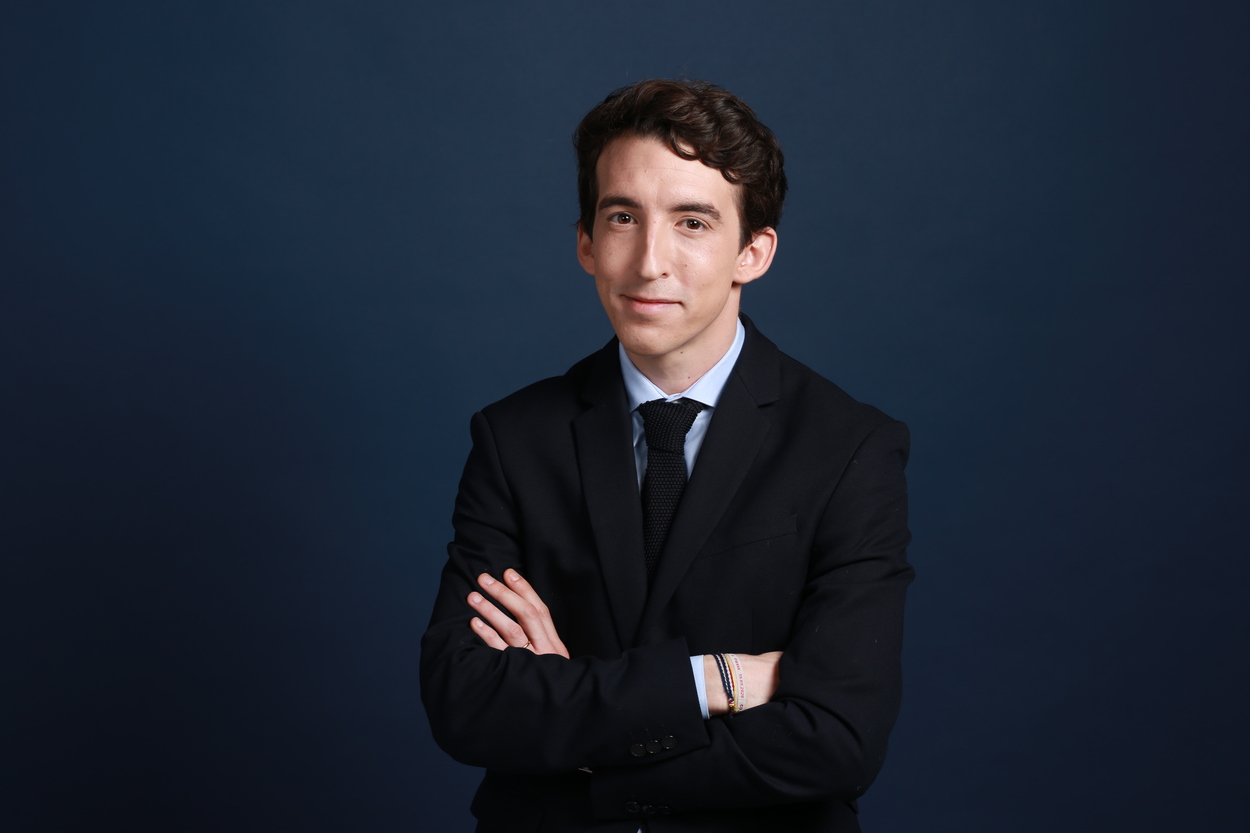 One may find it strange, but I worked in three totally different industries in these three countries. For example, in Berlin, I was part of a start-up that built a marketplace for expatriate people. In Montreal, I helped strangers settle in Canada, and in New York, I worked for a communications agency that made business with French restaurants.

Was it an easy decision for you to leave your home country early for longer periods?

Basically, I left home when I was 14 years old, and I had my first flat at the age of 17. As a result of that, I had to quickly learn how to be fully responsible, and it didn’t feel strange to work abroad. Moreover, after these kinds of things, you respect a great family lunch much more and you have lots of stories to tell… It’s just great! [smiles]

What was the most exciting part of your job when you were employed by the FIA?

The most exciting part was probably the travelling itself as we visited more than 40 countries with Mr Todt and I had the chance to meet with incredible people like prime ministers, presidents, and sportsmen which you normally don’t expect to meet when you are so young.

I think I am extremely lucky that I had the opportunity to work in this fantastic position. Most people don’t even visit 40 countries in their entire lives and I did that in less than two years – that’s a privilege. I think it really helps you to open your mind, get to know different cultures, and became more tolerant. 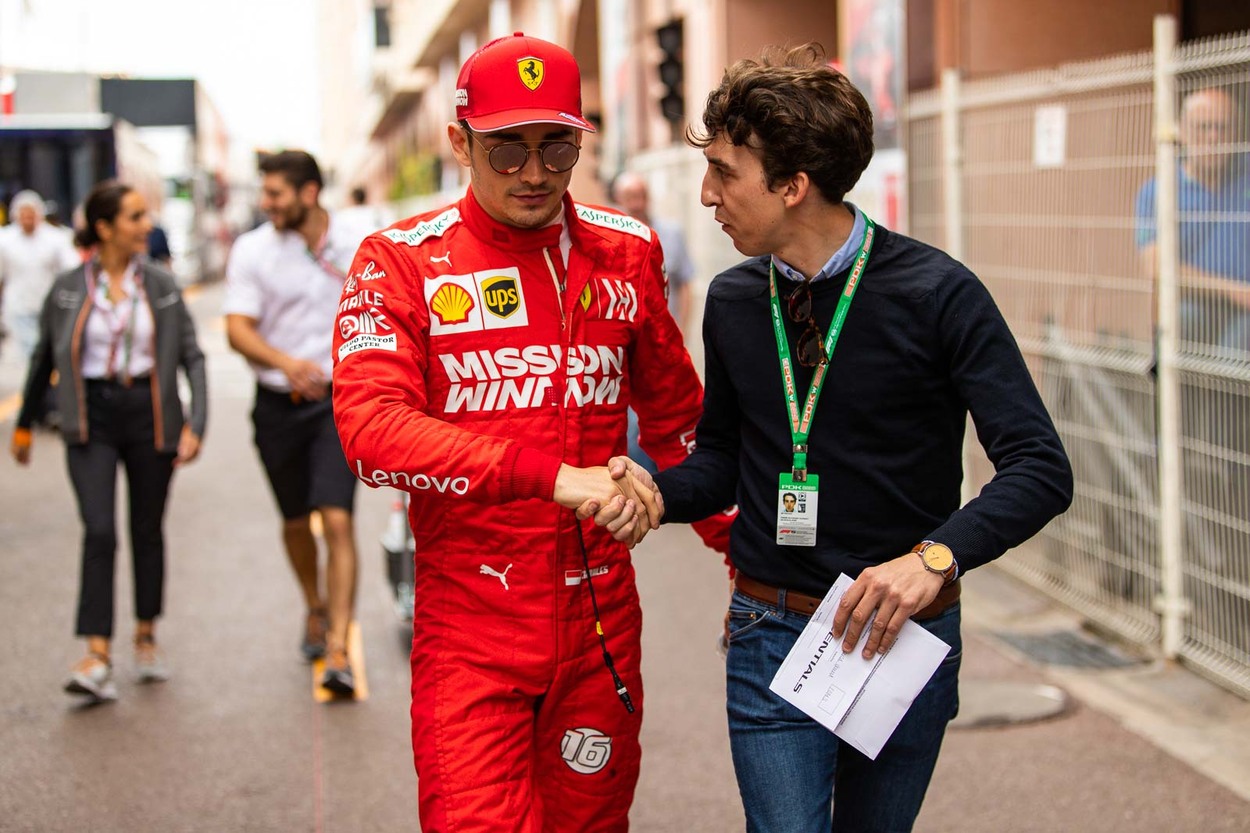 Formula One World Championship, Round 6, Monaco, Thursday, 23 May 2019

Who was the most inspirational person you’ve met or worked with so far?

This is a tough one! [laughs] I worked with Jean Todt (FIA president) and Éric Boullier (Managing Director of the French Grand Prix) the most and they’re like mentors for me. When it comes to the paddock, everyone has a great story to tell there and I couldn’t just pick one name, so I’d say, everyone. It’s an international group of people and this is one of the things that makes it so special.

As the Director of Communications for the French GP, what are your expectations for the race weekend this year – will you welcome fans back trackside?

This is the plan, for sure. When it was announced that last year’s Grand Prix is cancelled, we worked on subjects that you normally don’t have time for. We launched several projects and initiated more different scenarios regarding this year’s race. Our goal is to have three bubbles of 5,000 people.

As we are a public and private organisation, we work really closely with the local authorities. Now we are quite optimistic and I can’t see the reason for not having spectators at Paul Ricard, fingers crossed. Of course, we must follow the protocol and many safety guidelines. However, I think the French Grand Prix can show the light at the end of the tunnel for all sports events in our country.

How much of a loss was the cancellation of last year’s Grand Prix for the organisation?

Emotionally it was tough to digest because basically, your work focuses on a single weekend all year long. On the other hand, Éric managed to motivate everybody so we all stayed positive and started working on 2021 immediately. Our goal is to organise the best Grand Prix in the world at Circuit Paul Ricard, and in order to make it the perfect race weekend, we need to work extremely hard.

We need to say thanks to Netflix as it made Formula 1 more popular in France.

We spent a lot of time together with the team, holding some really useful meetings, bringing up new ideas, trying to be creative – I would say it was the positive part of the sad news. We did survive this both mentally and financially, moreover, we did turn this negative situation into positivity.

Can you give some hints to the fans on why they should go to the Paul Ricard track and how are you trying to make it the best Grand Prix in the world?

A particular aspect of the French Grand Prix is that it is located in one of the most beautiful regions in the world. It’s pretty famous among tourists and the location actually speaks for itself. To sum it up, Paul Ricard is a fantastic circuit, but the French GP is not just all about racing, it’s much more than that as you have the sea very close as well, and it’s a great asset. However, if you’re only coming because of the racing, you will get to see the W series, Formula 3, and the Porsche Supercup too.

We saw that the Formula 1 race was probably not too exciting in 2019 and 2020, but thanks to the regulation changes that have been implemented, racing became much better and we had incredible races in Bahrain and Imola. Red Bull is getting stronger and stronger, and it’s great to see the competition between the top two teams. Max Verstappen is an exceptionally quick driver, but Lewis Hamilton managed to surprise us again in Imola, where he finished on the podium after being stuck in the gravel. All in all, the battle is really tight, so I expect a great show for the French Grand Prix and I can’t wait to see the fans at the Paul Ricard. 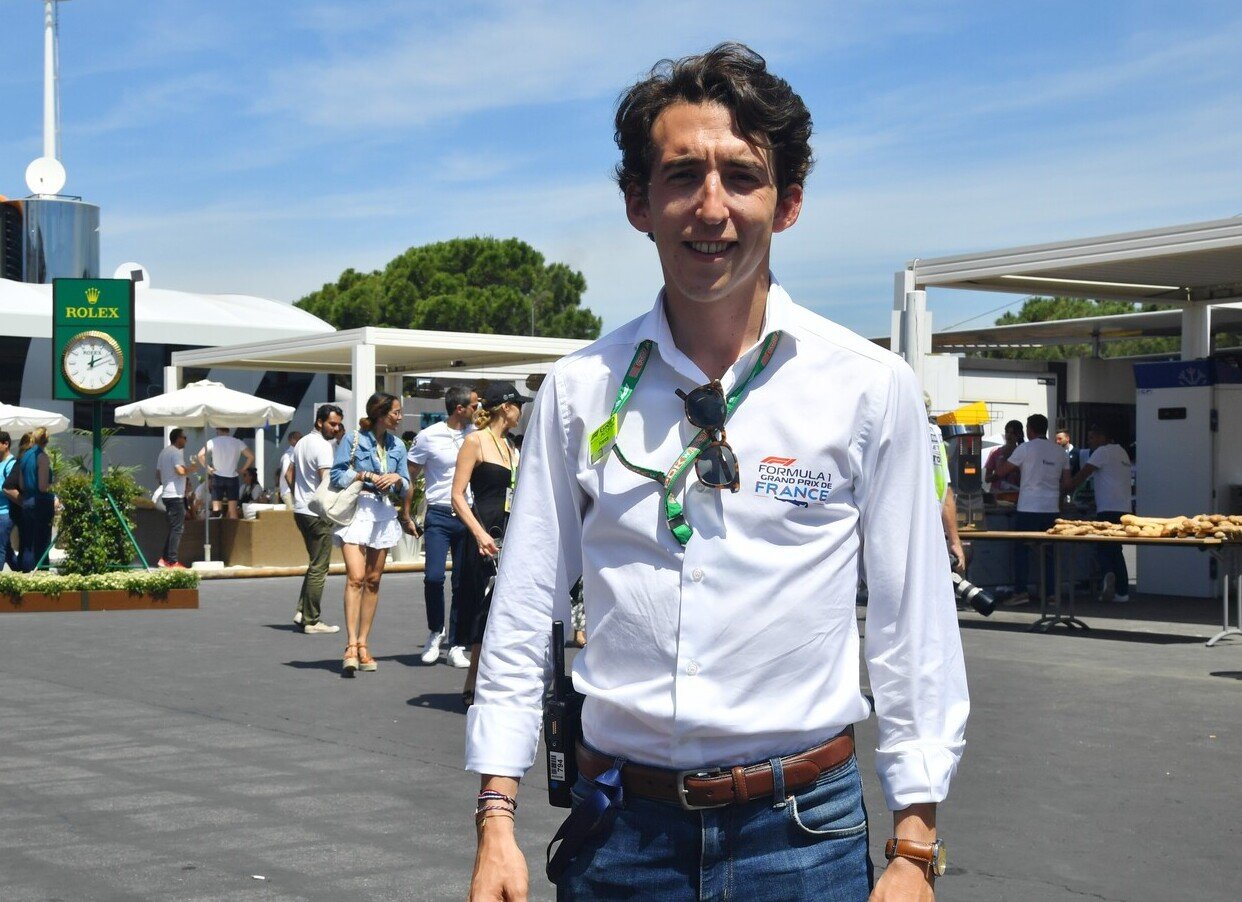 Pierre Gasly scored his first Formula 1 victory last year and you also have Alpine on the grid. I guess French people have all the reasons to be excited about the future…

Absolutely! Pierre Gasly’s victory was sensational for France, which means more and more people started talking and getting interested in Formula 1. We also need to say a big thanks to Netflix as well. ‘Drive to Survive’ was one of the most-watched online series in France. Then we have a French team with a French driver and the double world champion Alonso in the team. So I can definitely say that there is great interest in Formula 1 nowadays in France. When we started selling the tickets for this year’s GP, the numbers were already much better than two years ago.

Formula 1 set the target to be carbon neutral by 2030. Do you agree with this goal and are you promoters also involved in this process?

We totally agree with this vision. We talk about this project with the management of Formula 1 every month. We are probably doing the most regarding this subject compared to all promoters – Circuit Paul Ricard managed to achieve the FIA 3-star environmental accreditation. We are doing social actions, we are promoting road safety, we don’t use plastic, we plan to go to schools and give presentations to youngsters about what it’s all about. In fact, all our departments use the eco-responsible approach. We work towards the same goal and it’s a great initiative from the management of Formula 1. I think we will achieve the carbon neutrality goal before 2025 by successfully reducing our carbon footprint. 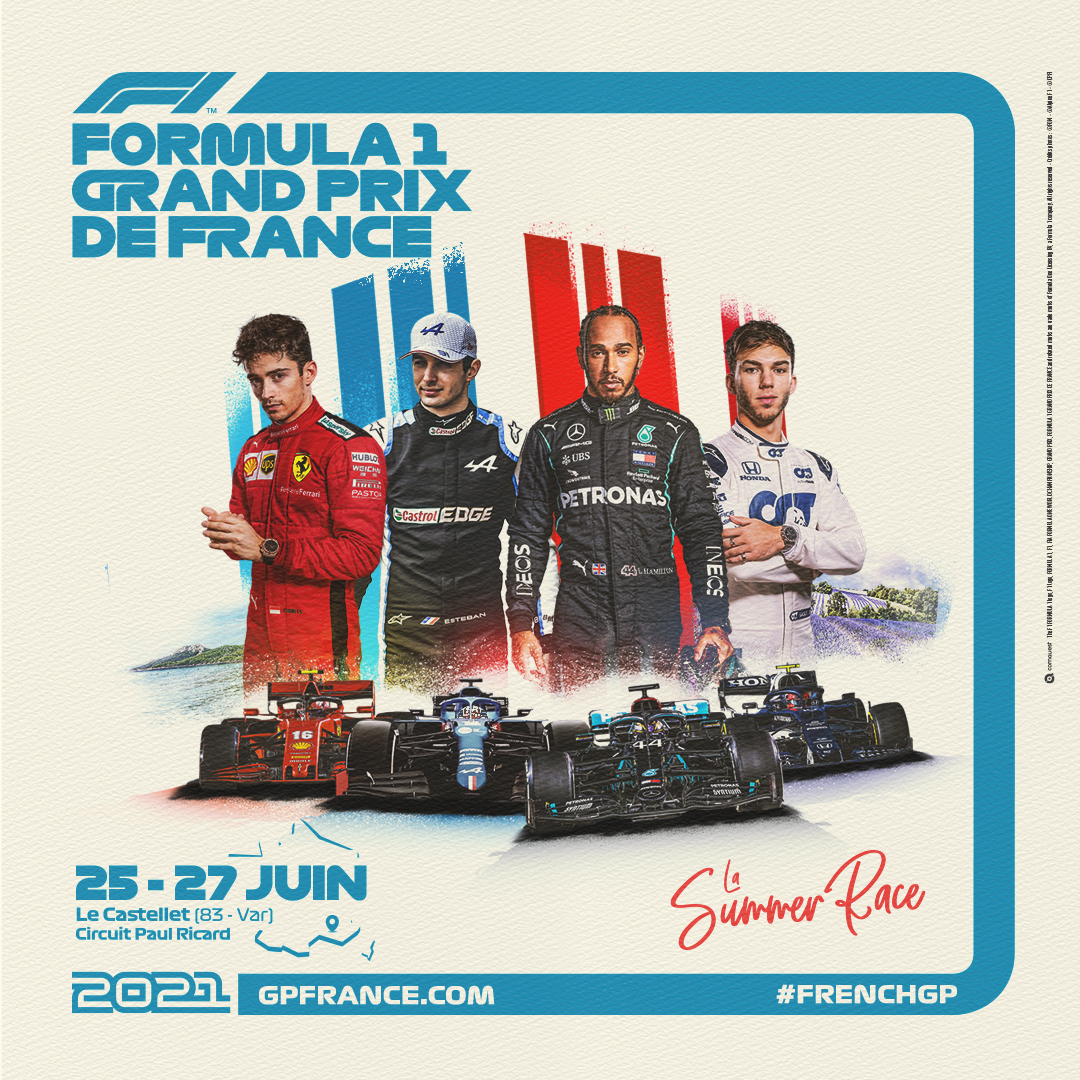