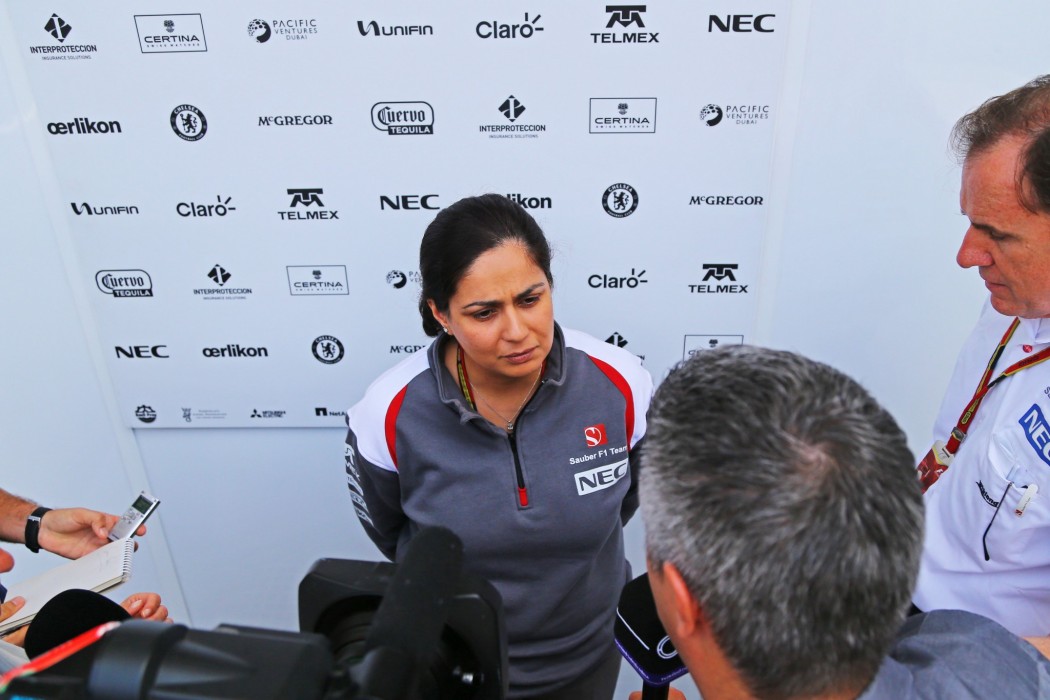 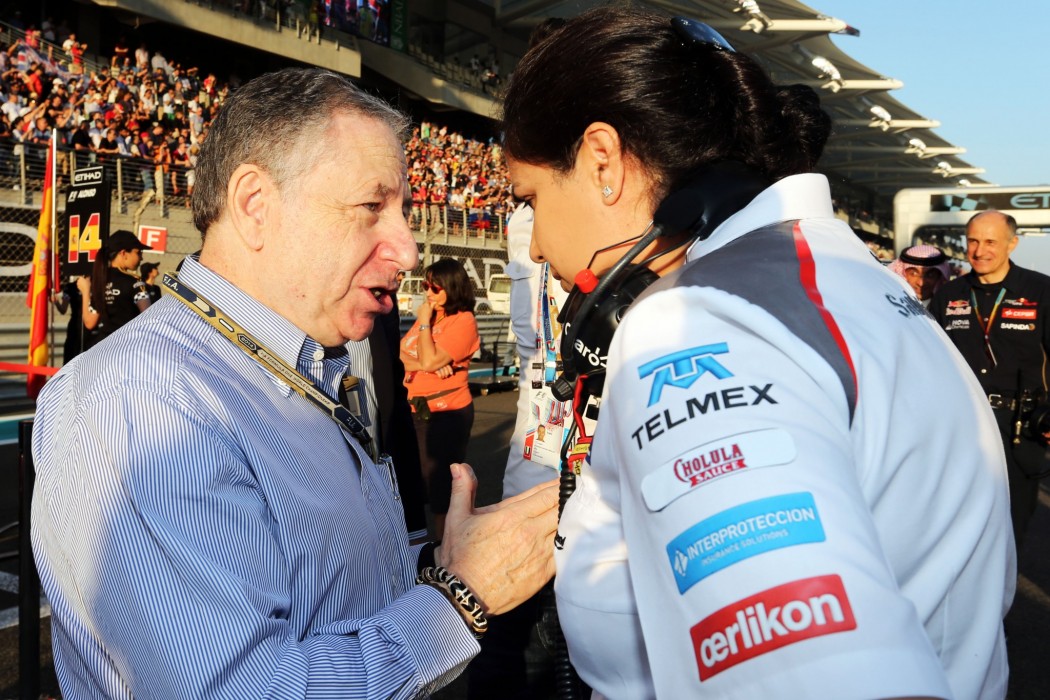 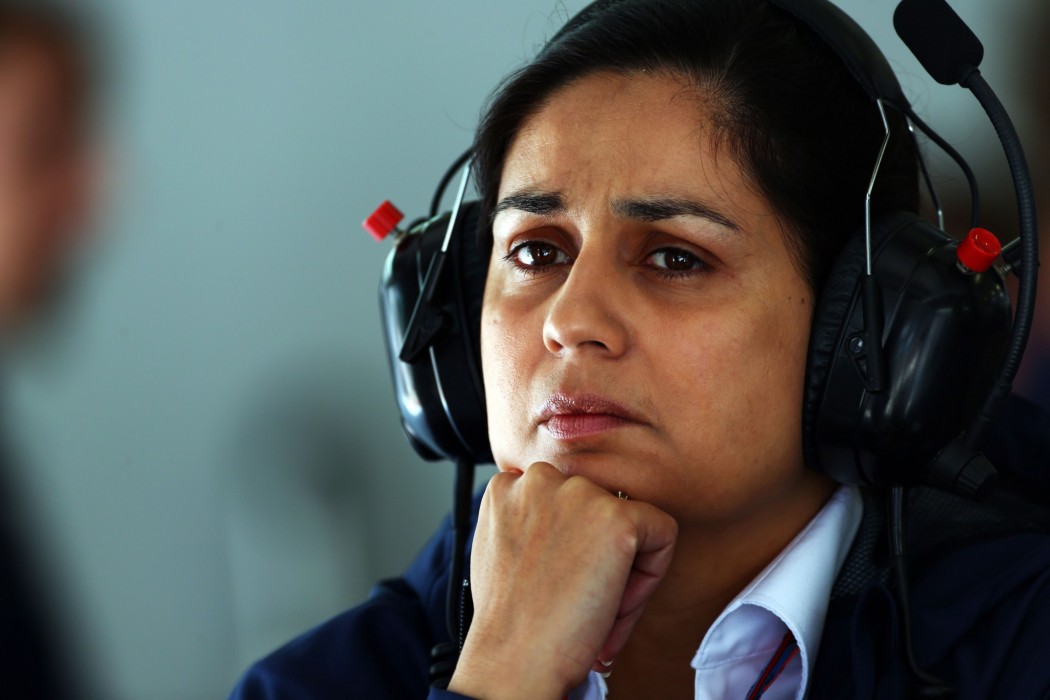 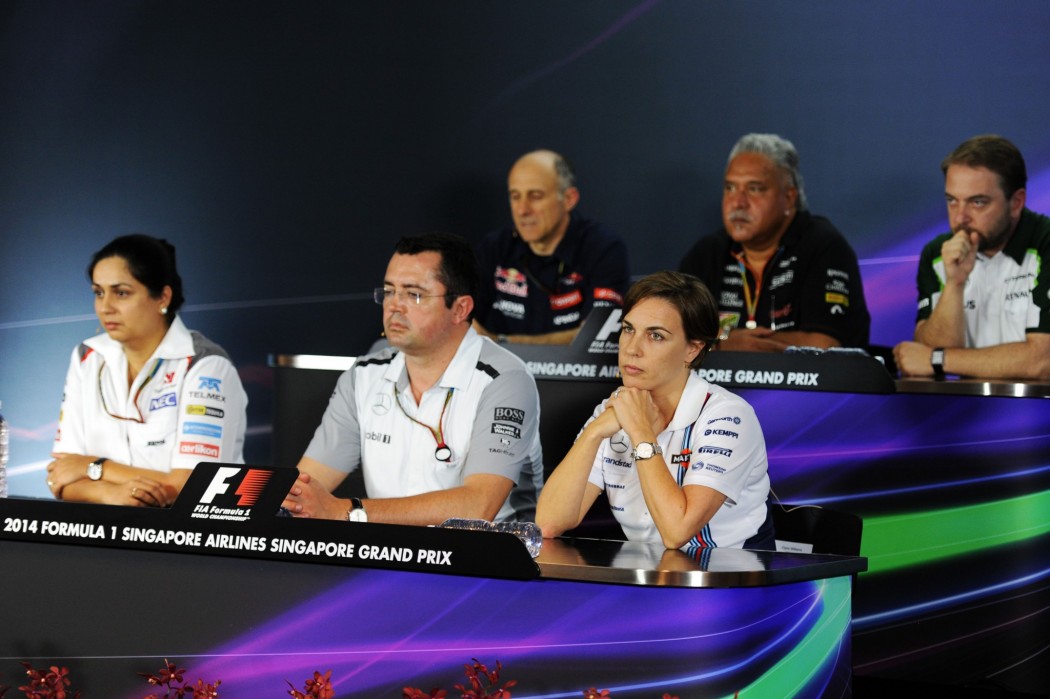 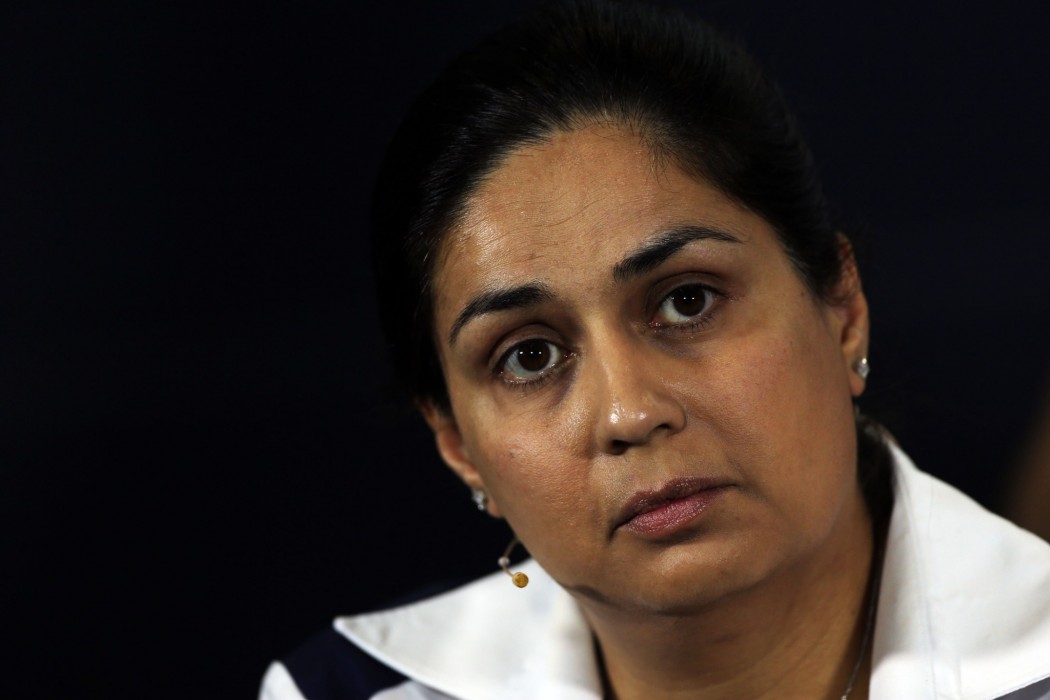 I personally chose to interview the other Indian female figure apart from myself in the Formula 1 paddock – Sauber F1 Team Principal Monisha Kaltenborn. With a Masters in International Business Law the likeable and pragmatic Monisha was first employed by Sauber in the late ‘90s to take charge of the team’s corporate and legal affairs and became a member of the management board in 2001. When the team became independent in 2010 following the withdrawal of BMW, she was appointed CEO of Sauber Motorsport AG and in 2012 Peter Sauber confirmed that he would be stepping down during 2012 season and that our story heroine will be taking his place. And so she did.

How did being the first female Team Principal work out for you?

Well, if you’re so long in this sport as I have been, you’re pretty much aware of all the mechanisms and challenges; people know you and you know the key stakeholders. So to take that step for me wasn’t a huge milestone… Most professionals in this sport didn’t see this as a really big issue too, because they have been working with me for so long. It was more of a surprise for the outside world to see how this could have actually happened. But because I knew the inside so well, I never faced any obstacles or any odd situations [smiles].

There are plenty of clichés you have broken, and now there is another female Team Principal – Claire Williams – and other women in the higher management levels. But since you were the first, what is the most jarring situation you have faced or challenging situation you faced when you started out?

The most challenging situation for me was to be considered a solid Team Principal by the media, in terms of being able to assess the sporting side of it – the performance and other technical affairs. I used to get questions about everything else – politics, who’s who, opinions, you name it. But never a single simple question as to how I would change the team’s performance after a session. And I think during the second half or towards the end of the first year, I got asked about it. I didn’t even answer the question, I smiled and just said “you know it’s the first time you’re asking me this” and the journalists were all extremely surprised. This probably was the biggest challenge for me and that particular interview seems to have solved this problem.

You are a representative on the Women’s Motorsport Commission on the World Motorsport Council, which runs the Women in Motorsport Campaign. There have been two meetings one has heard of, but what are the initiatives? Can you shed more light on its role in the future?

There have been much more than just two meetings. When we started, the idea was to create a platform. In 2009-2010 we created a platform for girls or women who are interested in motorsport, and all aspects of motorsport. Back then it wasn’t about driving yet, and that is the most obvious issue, obviously. It was about being technically involved, or being there as a steward, or in FIA functions for example, or generally on the technical side, or race engineering and so on. So the idea was to actually create a gigantic cloud of information and a place to access it. And then, of course, to witness that there are already impressive women out there. Since then we have taken it a long way and we’ve had national seminars and an annual one with a very big event. We are now a part of the motorsport council, we have young driver programmes to support girls in the karting series and the CIK events. There are many girls now coming up in very interesting series, we have the Scirocco Cup, where we get a seat to put a girl in. We also have an educational side to it, where we function as a part of the Road Safety programme. F1 in Schools as well, which is a very popular project around the world. So we are really picking up all these aspects and I think we have now got ourselves in a position where we thankfully get a lot more attention.

You will be looked at more strictly, you will be criticized more, you will probably even have to do a much better job to get similar recognition. If you can live with that, then just be yourself.

Talking about F1 in Schools, you hail from a famous premier public school in India – Welhams’ Girls School, and I happen to be from a similar one – Mayo College Girls’ School. Do you think a program like F1 in Schools would work in premier boarding schools in India?

It is very successful in India, because it was launched around the inaugural Grand Prix. It seemed to pick up very well and I believe at the moment there are some issues with it as to who is doing what. But I don’t think it’s just about premier schools because F1 in Schools is a cost-effective programme and the opportunities are limitless. It covers all the aspects – the engineering, the marketing, the leadership affairs. So far I can only see it as a fantastic programme to get kids on board, and so many of them have made it further.

As for India, you have had Indian investors in Sauber such as Amul previously, and Pacific Ventures until last year. With you as the Team Principal, are you looking forward to more investments like these?

Absolutely. I have always had an issue trying to understand why Indian companies don’t come here for business. Because you know we obviously compare ourselves as a marketing platform, we know that cricket is very strong there and we don’t come close to it. But its not just about doing this in India only, we have so many brands there which are global and want to go out of the subcontinent.

Is it a common mindset among Indian investors that they need to move towards cricket more as it’s for the masses as compared to motorsport? Basically, is there a mindset that stops them from coming to Formula 1 unless we’re talking big ones like Tata or Sahara?

I don’t think it’s just the mindset, it’s definitely also the market they target, and if their prime target is the Indian market, then you understand why they go for cricket or hockey. But if their goal is global expansion – Formula 1 is the right move.

When it comes to Indian motorsport, there was the Indian Grand Prix which had three editions and is now off he calendar. What were the glitches, was it the fans, were there genuine motorsport fans? The track is done by Herman Tilke, it’s one of the best ones technically and a great circuit on the whole.

The drivers like the track, and the fans enjoyed the fantastic inaugural atmosphere. The problem I see is that the sport has not been able to establish itself there. I think the amount of coverage we got and the in-depth attempts to explain the rules and regulations to the fans and to the public were remarkable – that doesn’t happen everywhere Formula 1 goes. That was fantastic, but it was not enough, because it’s one thing to do during an event, but then you actually have to continue the coverage after the event to keep the interest for next events. So I believe the main issue there was that we have not been able to get that connection to establish ourselves.