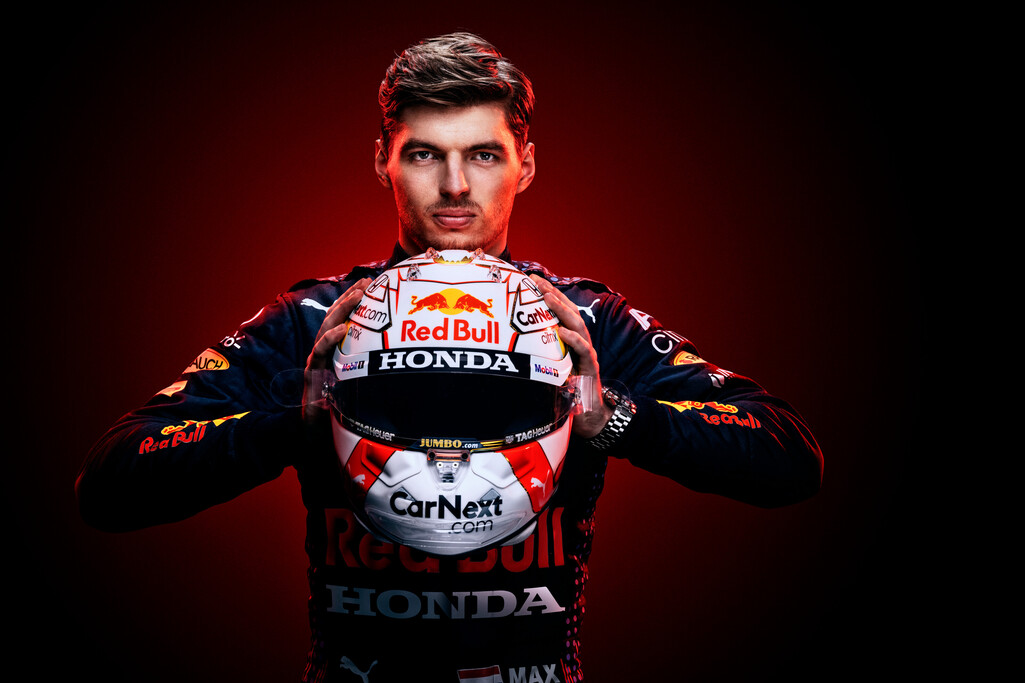 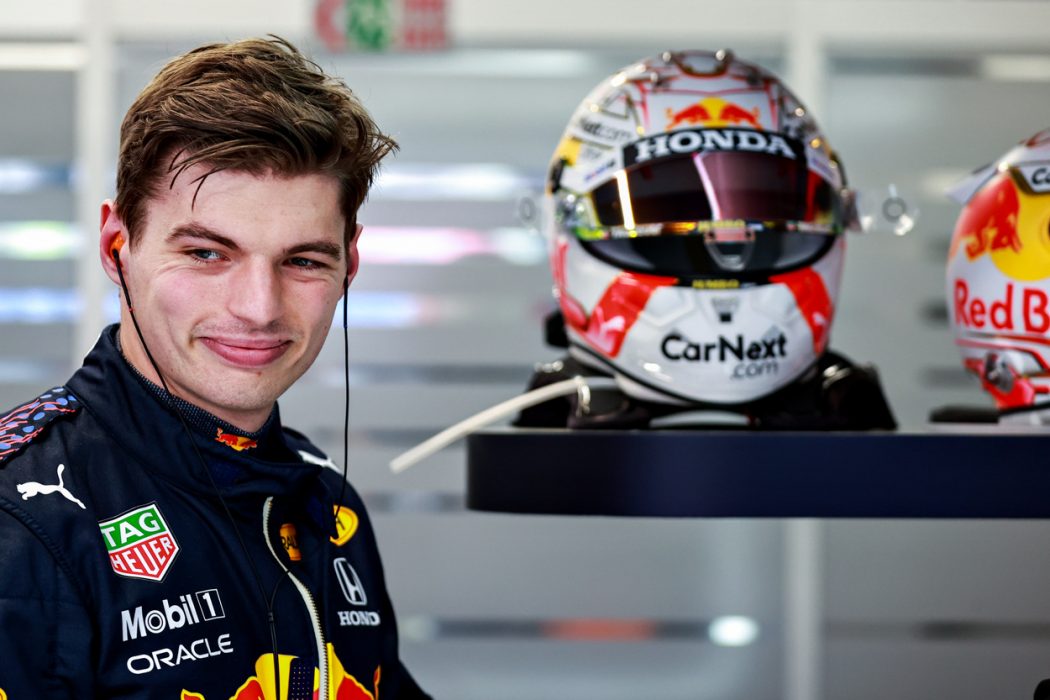 BARCELONA, SPAIN - MAY 09: Max Verstappen of Netherlands and Red Bull Racing looks on in the garage ahead of the F1 Grand Prix of Spain at Circuit de Barcelona-Catalunya on May 09, 2021 in Barcelona, Spain. (Photo by Mark Thompson/Getty Images) // Getty Images / Red Bull Content Pool // SI202105090163 // Usage for editorial use only // 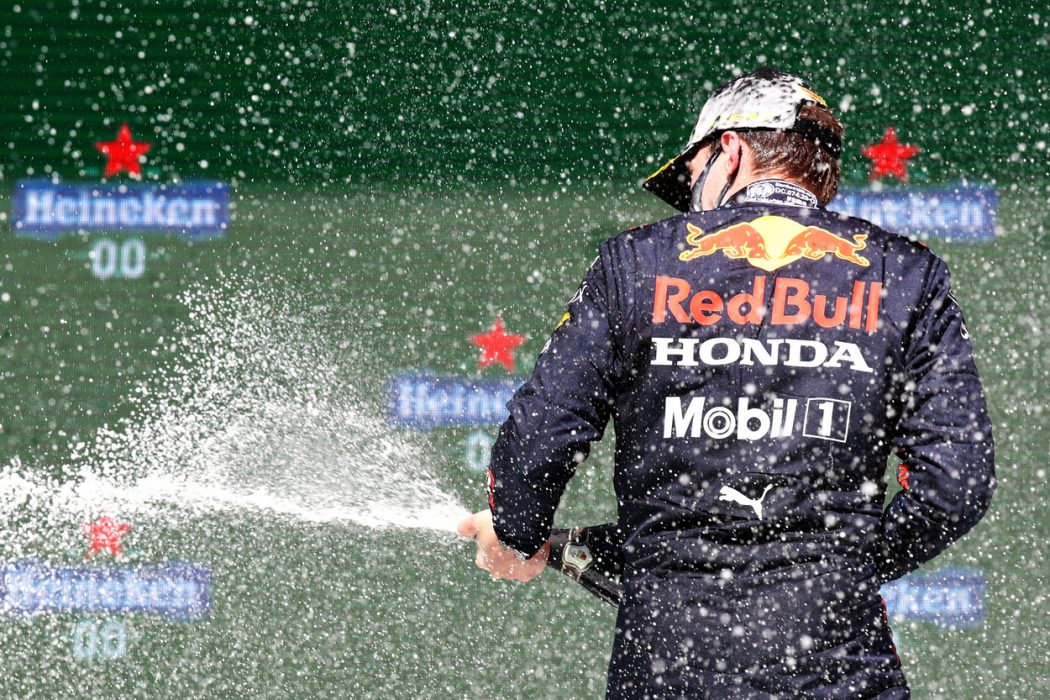 PORTIMAO, PORTUGAL - MAY 02: Second placed Max Verstappen of Netherlands and Red Bull Racing celebrates with sparkling wine on the podium during the F1 Grand Prix of Portugal at Autodromo Internacional Do Algarve on May 02, 2021 in Portimao, Portugal. (Photo by Mark Thompson/Getty Images) // Getty Images / Red Bull Content Pool // SI202105020270 // Usage for editorial use only // 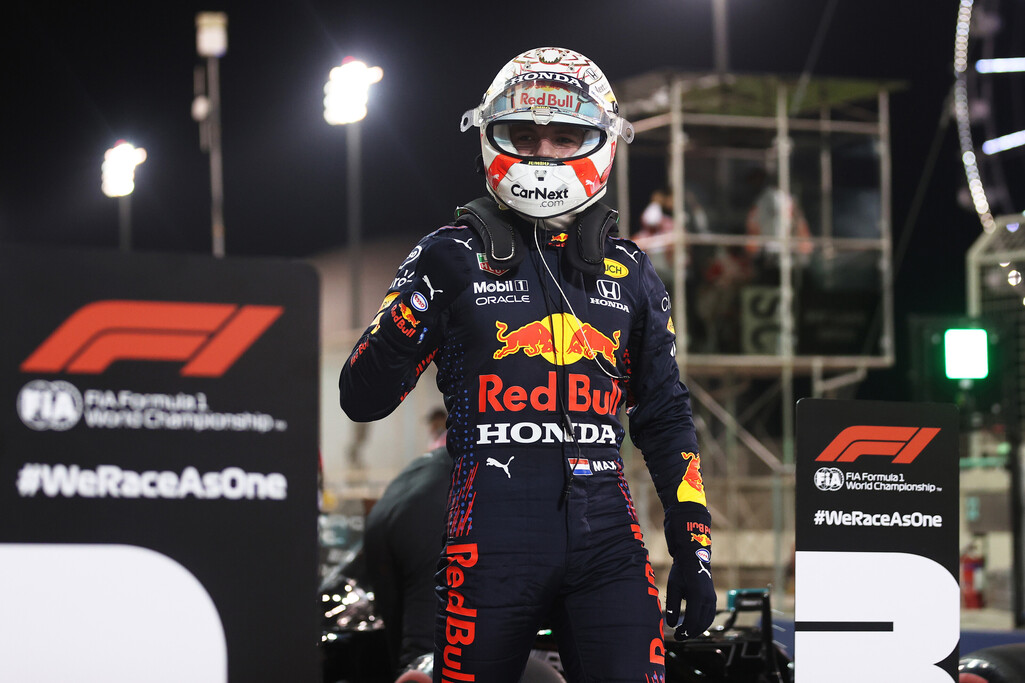 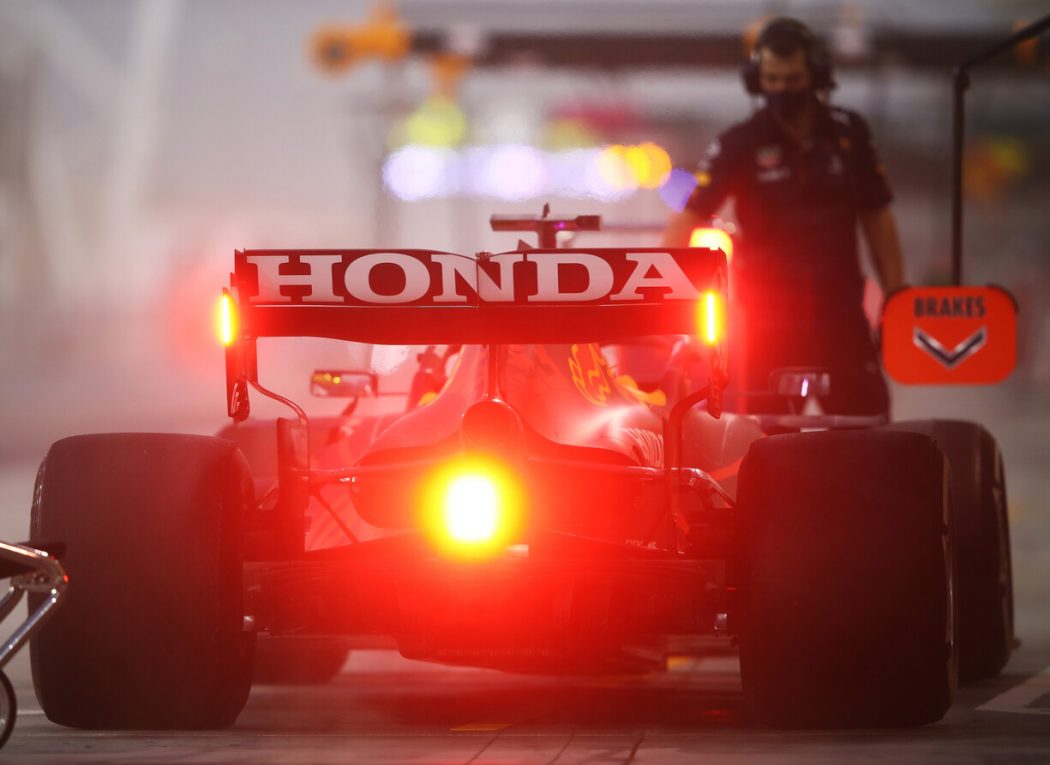 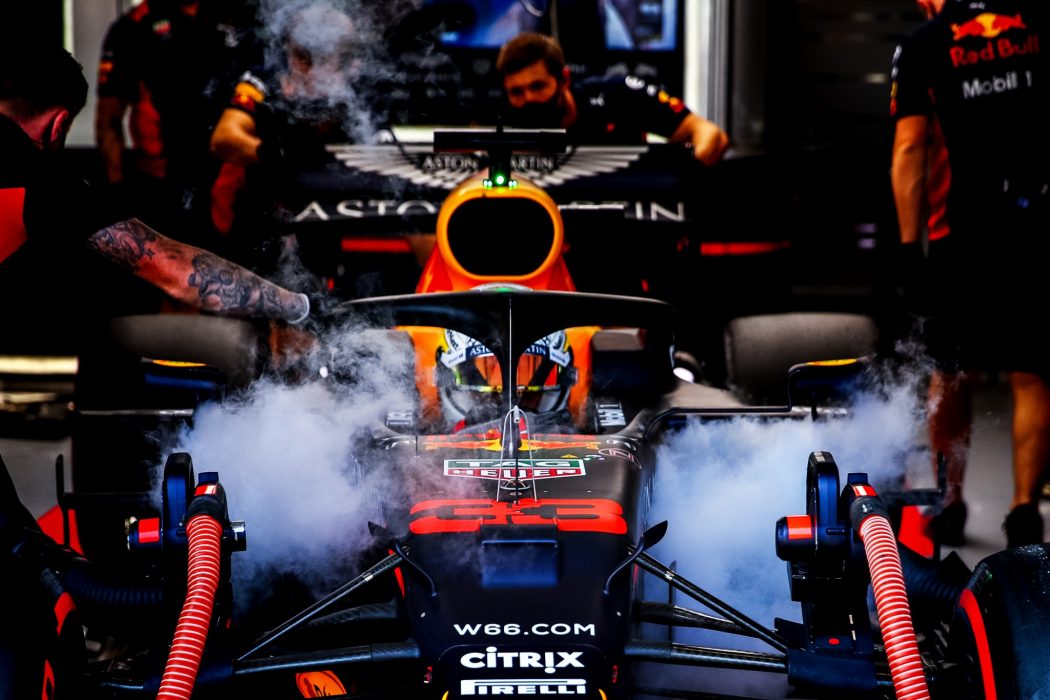 Max Verstappen of Netherlands and Red Bull Racing in the garage during qualifying for the F1 Grand Prix of Spain at Circuit de Barcelona-Catalunya on August 15, 2020 in Barcelona, Spain. 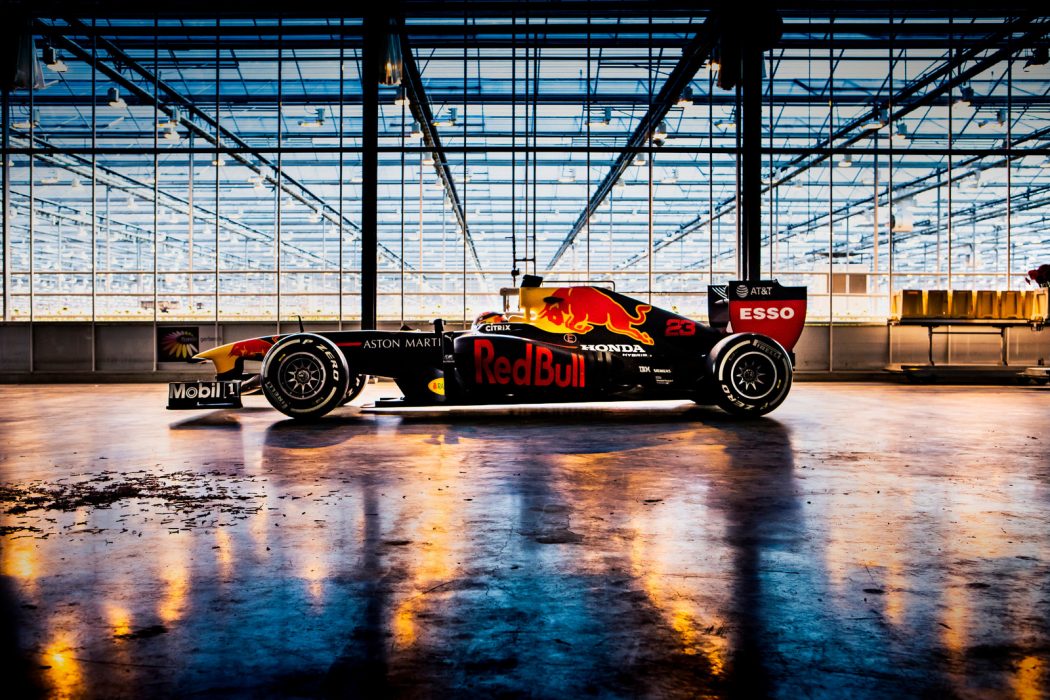 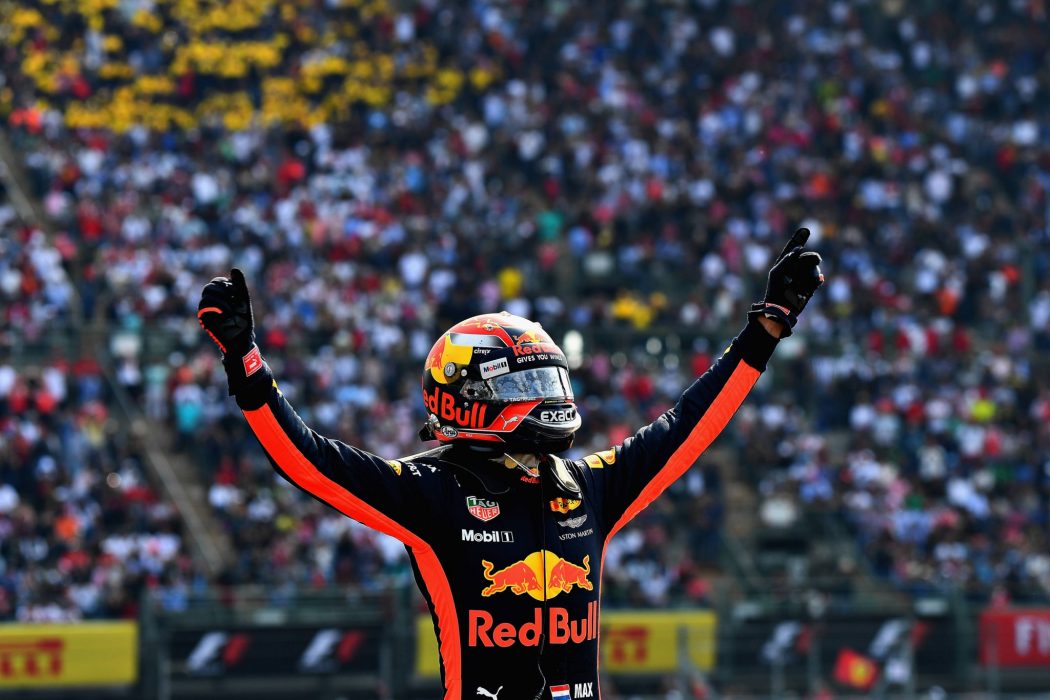 Max Verstappen, the son of former Formula 1 driver Jos, was born to be fast and he is the youngest race-winner in the sport’s history, holding a lot of influence over the sport’s fan base.

As well as a famously fast father, Verstappen’s mother Sophie was also a successful kart driver.

Born in Hasselt, Belgium, in 1997, it wasn’t long before the young Verstappen hit the race track, and by 2003 he was karting regularly in Genk, Belgium. In 2005, things got serious and he took part in his first championship, the Belgium Championship Mini (VAS), where he won all 21 races. By 2013, Verstappen had won just about everything karting had to offer, winning the 2013 World KZ championship at Varennes-sur-Allier in France. His single-seater debut came in the inaugural Florida Winter Series, but he was soon snapped up by Van Amersfoort to take part in the FIA Formula 3 European Championship. At just 16, Verstappen took the F3 championship by storm, winning his sixth race before going on to win an incredible six consecutive victories in the series, placing third in the overall rankings.

Verstappen joined Scuderia Toro Rosso in 2015, making him the youngest Formula One driver in history, surpassing the record of Jaime Alguersuari by nearly two years. Verstappen went on to score an impressive 49 points in his debut season, taking two fourth places.

After just four races of 2016, Max Verstappen moved from Scuderia Toro Rosso to join Red Bull Racing and race alongside Daniel Ricciardo. In his very first Grand Prix for the team, in Spain, he defied the odds and, under relentless pressure from 2007 world champion Kimi Räikkönen in second place, took an epic maiden victory. Verstappen wasn’t finished there, however. A further six podium finishes, including perhaps the standout drive of the season in rain-lashed Brazil, landed Verstappen fifth overall in the 2016 World Championship and confirmed him as the hottest young talent in F1.

More promising results came in 2017, with victories in Malaysia and Mexico, second in Japan and third in China securing him an overall finish of sixth place.

But Verstappen’s form went up a gear during 2018 when he finished in a career-best of fourth place overall thanks to victories in Austria and Mexico and a string of impressive podium places all over the world.

Max Verstappen went one better once again in the 2019 Formula One Season with a third-place overall finish in the standings as a result of consistent performances which earned him podium places in Australia and Spain, a memorable win at the Red Bull Ring at the Austrian Grand Prix and an impressive first place at the Hockenheimring at a dramatic and rain-soaked German Grand Prix.

After that, he finished the 2019 campaign strongly with podium spots in Hungary, Singapore, the USA, first place in Brazil and second place in Abu Dhabi to confirm his reputation as one of Formula One’s most formidable and improving drivers.

After that Verstappen put an end to speculation about his future by signing a contract extension, a move which seemed to inspire even more big results in 2020.

After scoring third place in the Styrian Grand Prix, he went one better by finishing second at Hungarian Grand Prix and the British Grand Prix. By that point, it was clear that Verstappen had made a home from home for himself on the F1 podium, and he went one better once again by claiming first place at the UK 70th Anniversary Formula One Grand Prix. The Dutch driver ended the season in style with victory in Abu Dhabi to end the campaign in third place overall.

Watch this space for more big achievements from Max Verstappen.