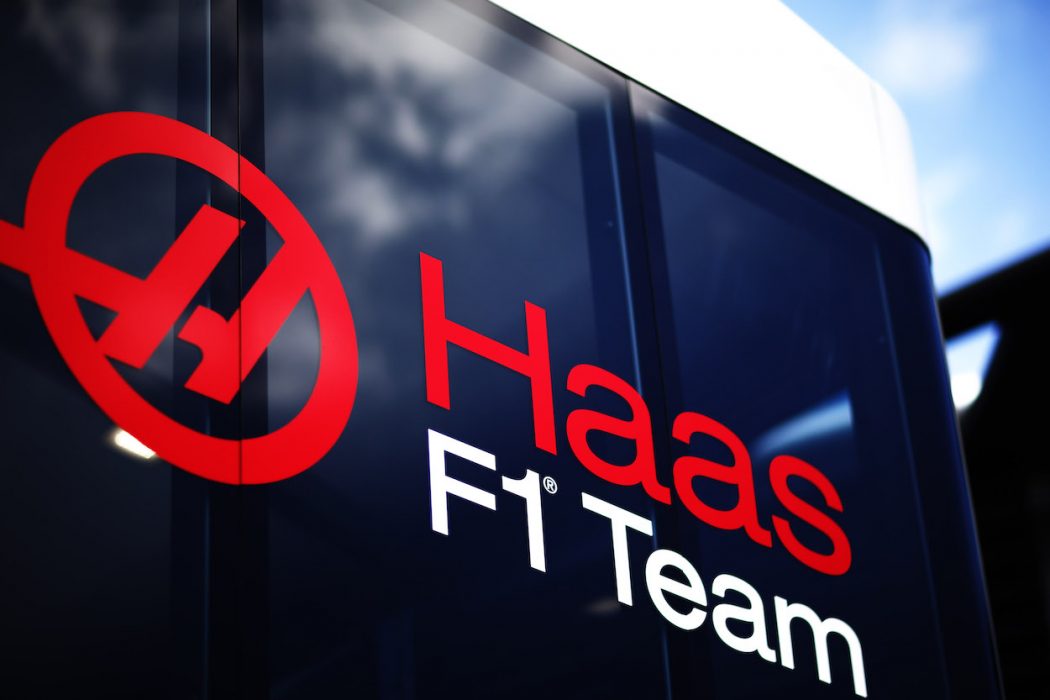 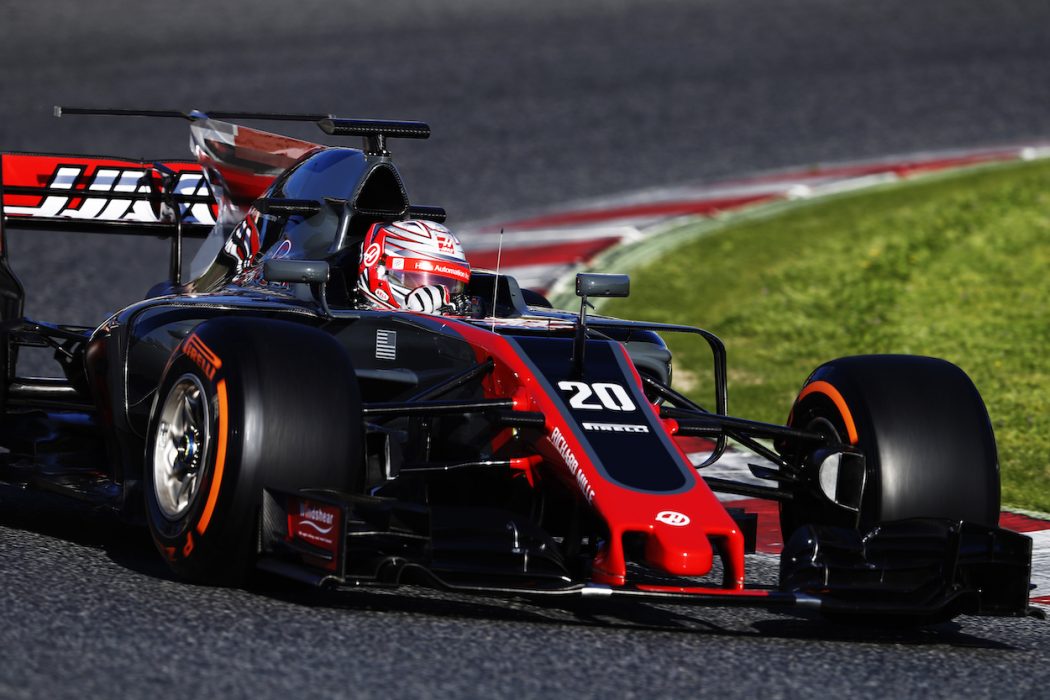 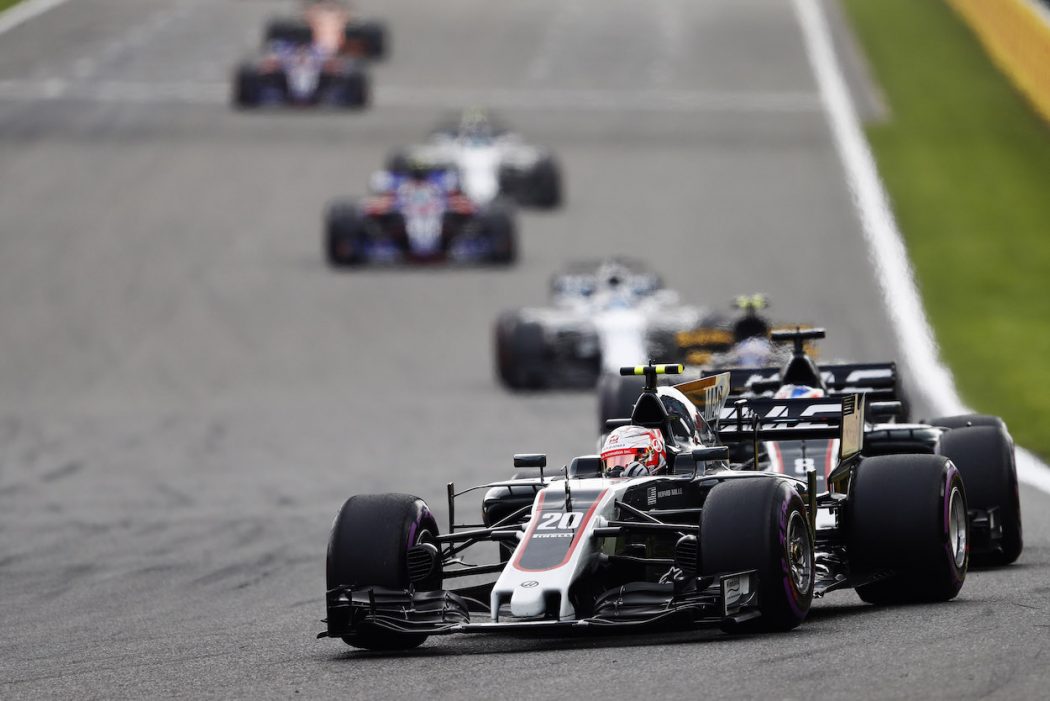 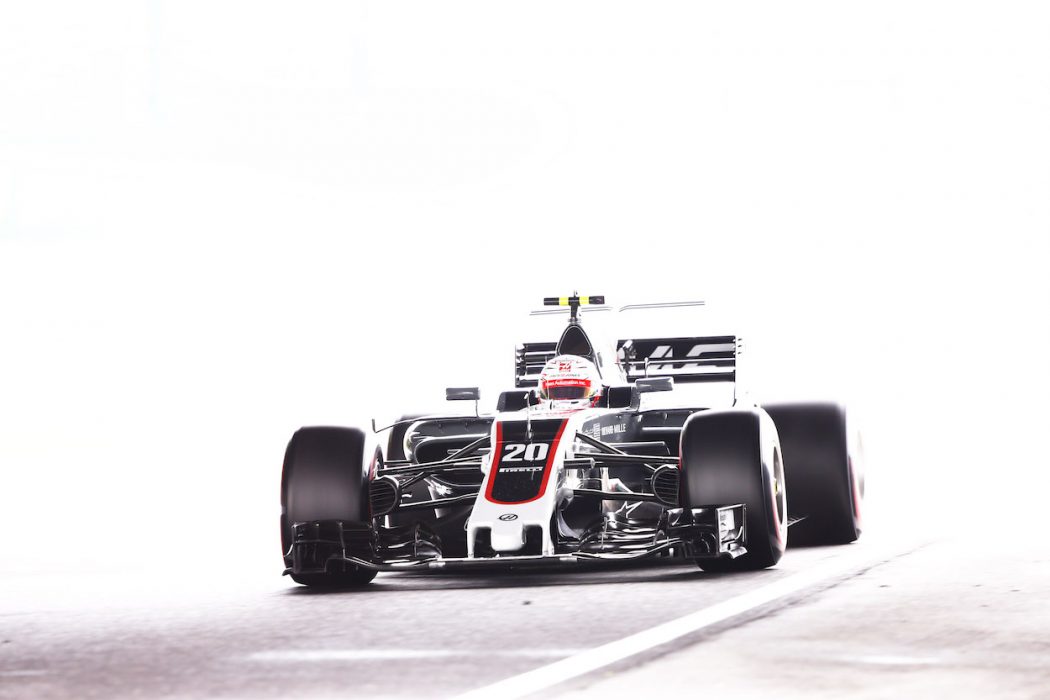 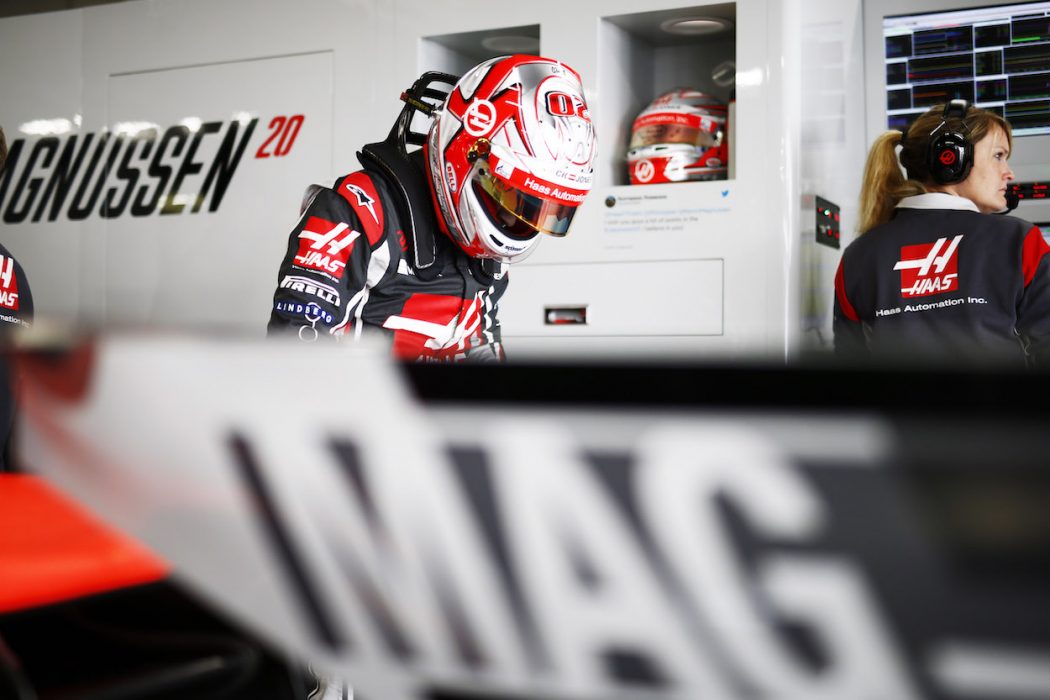 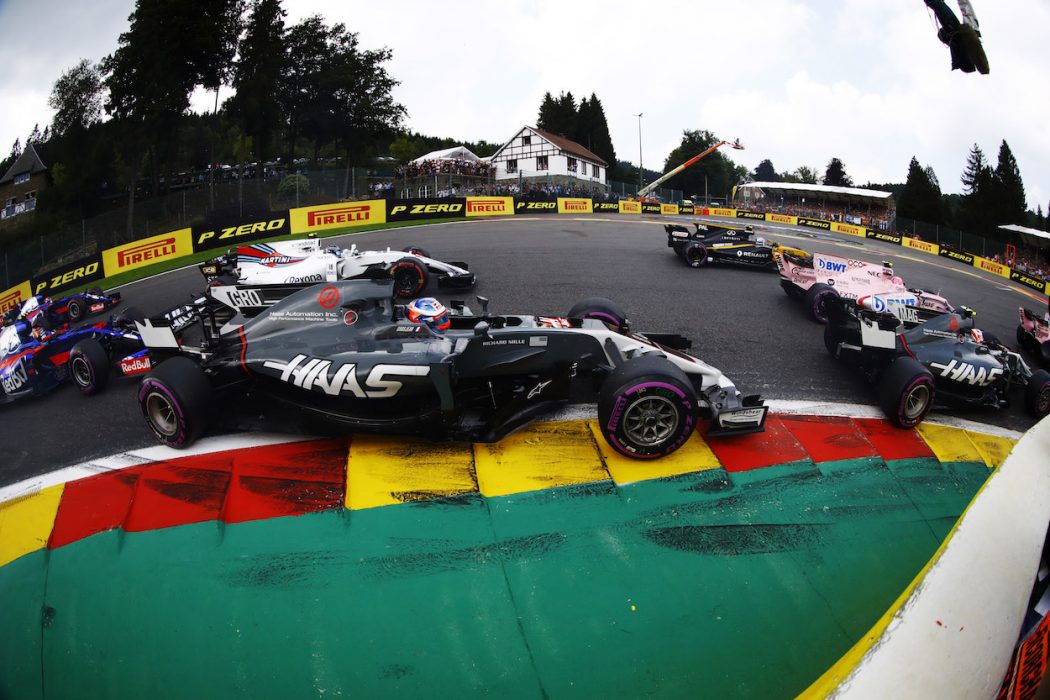 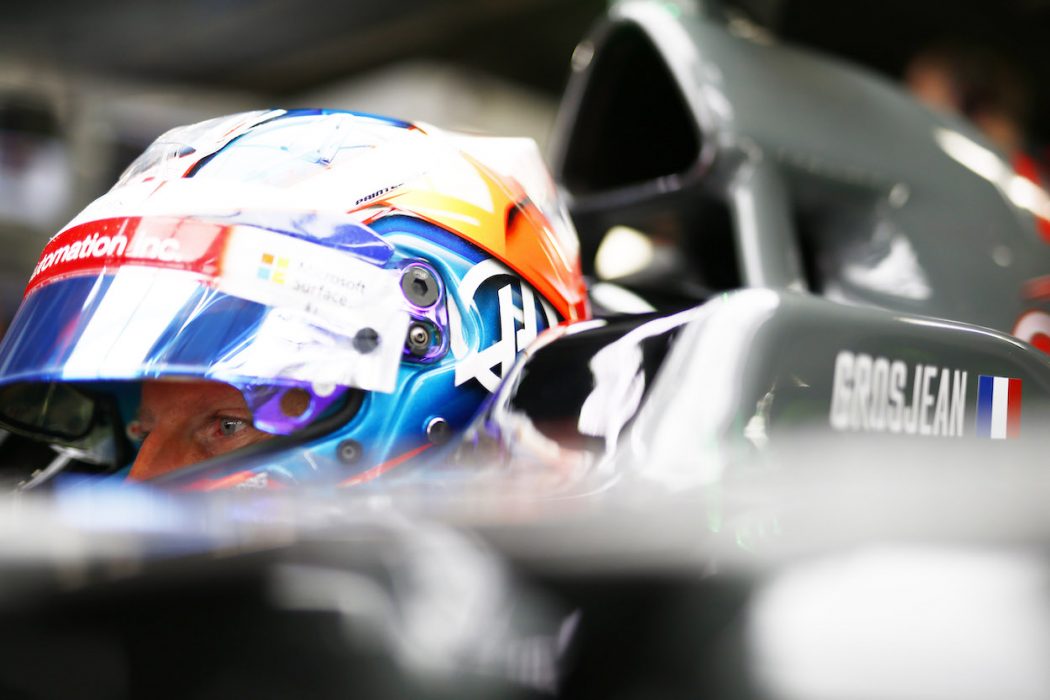 By Ryan Werner | It’s very interesting to meet Adam Jacobs, Haas F1 Team’s Chief Marketing Officer and discuss how the team is doing from a marketing perspective. Adam has been with Haas F1 for three years already, joining the team in September of 2014. He has an extensive experience in the sports industry, leading Anheuser-Busch’s Sports Marketing program, and working with NASCAR and the NFL, two of North America’s biggest professional leagues.

How did having a sports marketing background benefit your position with Haas F1?

Everything I’ve done has added a little bit of experience to prepare me for this. Motorsports, in general, isn’t all that different, I mean, the product is a little different, but that is basically the core. Formula 1 isn’t entirely different from NASCAR or IndyCar in terms of having a lot of passionate people who week to week are on the road trying to perform the best they can and trying to maximise technology and resources, not like an NFL team.

I’ve always been on the marketing side, I’ve never been on the competition side, it’s always that balance about working and being a resource to your colleagues, sometimes not getting in the way, so in general, it’s been a little bit of everything.

Having been involved in both series, do you see any similarities between NASCAR and Formula 1? Can you apply some of the strategies from one to the other?

When you look at it from a marketing standpoint, let’s say it’s business development or other categories like fan engagement or audience growth in building your brand, the objectives are very similar. Somebody who’s looking into partnering with a NASCAR team, they look at what the team is made of, what does it consist of, do they run at the front? What’s their selling composition? When you look at all these things, that’s no different than Formula 1.

From a fan perspective, the biggest difference is the knowledge base, here in the United States most people know what NASCAR is, not like Formula 1, where they might know about it but can’t tell you anything more about it. As soon as you get out of the US, everyone knows exactly what Formula 1 is.

It’s kind of an opposite situation from what you see in NASCAR. I’m sure they’d like to have international growth, but a lot of that has to be targeted in the US as a key market for them.

The fans that Formula 1 has here are so passionate and you see it.

You’re the newest team on the track, what challenges do you face while entering and trying to adapt to the series?

The biggest thing is acting like you’ve been there before and we’re fortunate, we have a team that’s comprised of people with a lot of experience in the paddock. After Australia, in 2016 we said, hey! It’d be great to get a point or two and we lucked out, we did well, we positioned ourselves and we had that with us, that certainly helped.

I think we’re on our way, I don’t think we can ever cross anything from the list, because the sport evolves and we’ve got to evolve with it. And with the new ownership, it’s a great time for an American team to be involved.

As you’ve mentioned, you’re also the only US-owned team, how does it feel to be racing at your local track?

This is great! The fans that Formula 1 has here are so passionate and you see it. They fly flocked here to COTA and we’ve been very fortunate to have that response. It resonates with Gene as well, just seeing him interacting with the fans or doing a track walk.

We’ve got a lot of activities this weekend here, so as we execute them, we have to get a chance to engage with our fans and gain their support. And you can see it too, our drivers are pumped to be here, there’s almost an expectation.

Home field advantage is difficult for a team like us because you’ve got the likes of Ferrari, Mercedes and Red Bull that are so popular even with American fans, but we’re so happy to have good support. We’ve put a lot of things together regarding our program that is different from last year to try to connect with our followers.

Do you execute local marketing campaigns prior to the US GP? Do you work along with the track and/or the Grand Prix’s organising committee?

Yes, we have, for example, the Haas Hill program, where we’re working very closely with the circuit. Our drivers are doing a lot of appearances, at the Fan Zone, the Paddock Club, and doing some other things like at the Owner’s Suite, the point is engaging with our fan base.

The Haas Hill between turn 18 and 19 is a ticket programme that was developed about a month and a half ago, being able to choose from a general admission ticket with an upgrade and a Haas F1 team-branded scarf. This is our centre of attention for programming for our fans that don’t have paddock access, as we can’t give that to them as much as we’d like them to experience that. We’ve been having giveaways throughout the weekend, our merchandise stand is out there and then we’ll have photos and meetings with the drivers, even Gene and Guenther (Team Principal) will be out there on Sunday afternoon.

We’re doing things that we don’t typically do at races since we’re in America, we’re the local team, we have the flag on our car, so all that is important to us and we need to stand out. Those are the things that people want to see, it feels right and authentic too. We’re also happy to be doing the “Drive for the Cure” and “Never Give Up” initiatives due to our ties with NASCAR, supporting cancer research and awareness. A lot of these decisions have been made from our marketing perspective thinking of doing what is right and we try our best.

Did you plan any targeted media strategies for this event?

Of course, we have two key partners here, Circuit of the Americas and NBC Sports.

It’s also very important to have good relationships with local media and some of them are embedded with us this weekend. We brought Jeff Gluck with us, who used to be with USA Today, he covers NASCAR for as long as I can remember, so it’s great having him out here, in which I believe is his first Formula 1 race. Giving him access and seeing it from a different perspective for him to cover what he sees and tell that story because he’s got a good following and we’re trying to bring what we do to new markets and more people.

This is not just another race and we know that. We look at this race much differently than many others.

We continue to make some waves and as the sport grows in the US, people are becoming more experienced and educated.

Is it a struggle trying to find sponsors competing against Indy and NASCAR?

The platform and the product are so different that I don’t think it to a degree competes because you look at us as an international sport and I don’t think the other two can hold the candle compared to Formula 1 and I would imagine that they’d probably admit that.

I’ve never thought it’s competing with them, it’s about educating American businesses, which will happen over time. We’re out here saying hey, we’re an American team and there are other teams, but this is the value proposition in terms of partnering with a Formula 1 team. The global reach of the sport, the viewership, having 20 races in 20 different countries, that’s a compelling piece.

There have obviously been other efforts in the past from US teams trying to start up, so there are always going to be people that at the beginning are hesitant.

When we got through last year and had the level of success with the points that we were able to secure, that opened up people’s eyes. We’re just gradually building on that, we’re trying to focus on putting a competitive car on the track and working with partners and prospects to deliver some of these platforms that they can leverage.

As we continue to make some waves and the sport grows in the US, people are becoming more experienced and educated. You have someone who goes to a race for the first time, who’s not necessarily a fan, but when they experience that, the smells, the sounds, the sites of a race, they often become fans.

What are your thoughts about having the Mexican race so close to this one? Do you believe it steals momentum?

It’s certainly a challenge with the proximity but I think that Mexico, just like COTA, is a unique race. Having been at that race last year, I’ve seen it, the passion, we have to believe that this year is going to be even more special with all of the difficulties that Mexico has gone through in the last month.

It’s a very different race, there might be a little bit of a crossover, and I don’t speak for either promoter, but I assume the promoters would like separation of time and distance. From our standpoint, there’s obviously the convenience factor that we can travel from one race to the other without too much trouble for these guys, the turnaround is doable and easy.

And from a fan standpoint, they’re two very different tracks, different circuits, different fan bases, where the passion that each one has is the same. I don’t think it’s going to cannibalise a demo of seeing the drivers perform. Watching Gutierrez and Perez last year drive around in Mexico was fantastic. And I don’t think it’s any different than our car with an American flag going up to turn 1.