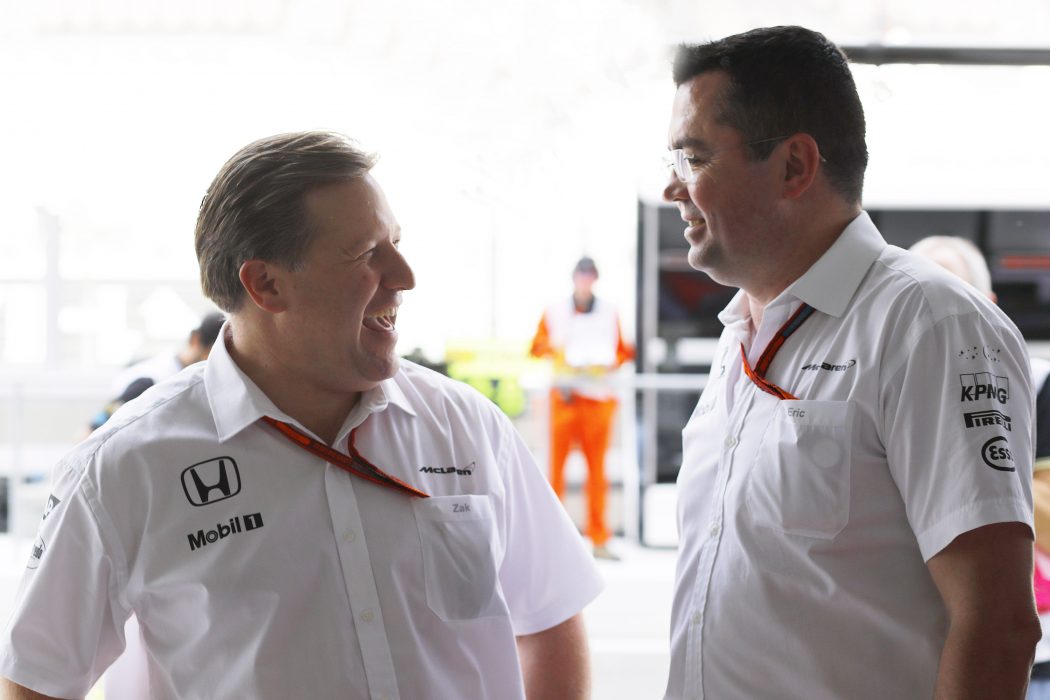 Zak Brown and Eric Boullier in the garage. 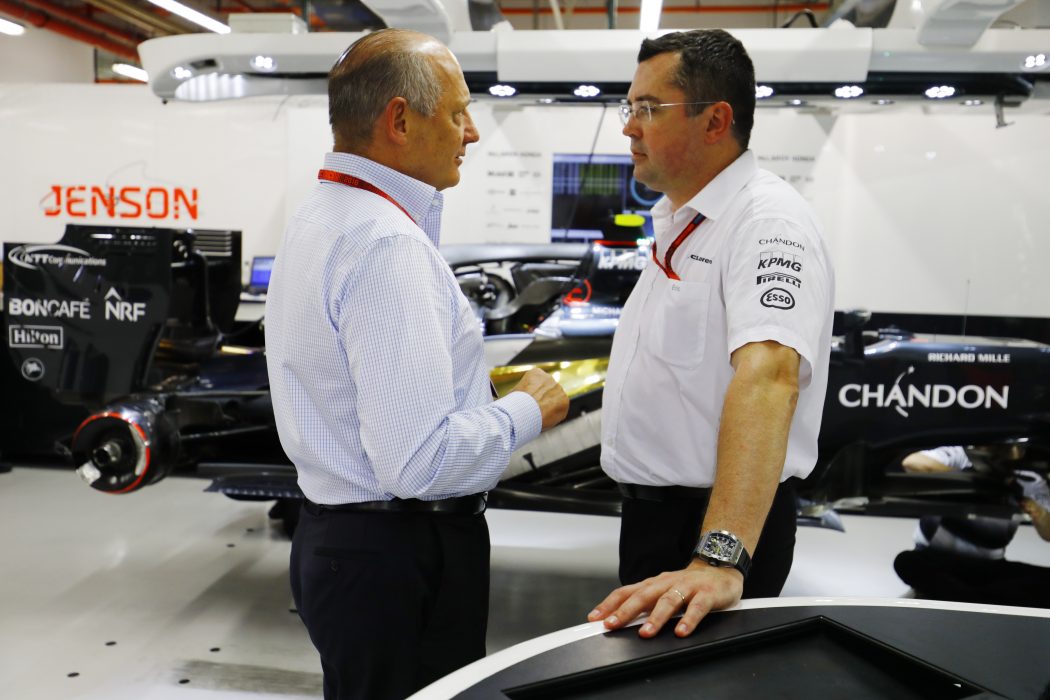 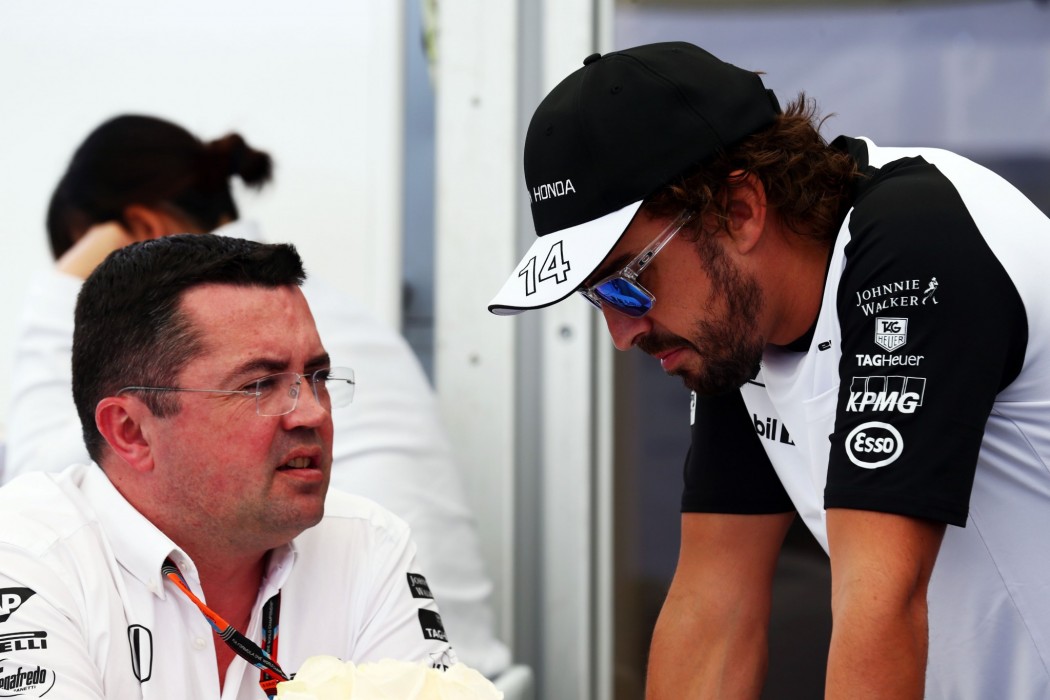 By Ryan Werner | The day before the race at Austin, the Paddock magazine had an opportunity to interview Eric Boullier, McLaren Formula 1’s Racing Director, who was brought on board in 2014, but has been closely involved in Formula 1 as early as 2010. Eric kindly shares his thoughts regarding performance and their current season so far.

What are the steps in the process of becoming a Formula 1 Racing Director?

As far as I’m concerned, I studied to be in racing and started engaging with remote control racing when I was nine years old. I’ve always been passionate and interested about it. I grew up near Le Mans, spending all my weekends in the paddock trying to help, being a gofer, cleaning tyres and whatever else was needed.

My parents wanted me to have a “proper” job, so they asked me to go to university, and I graduated with an Aerospace and Aeronautical degree, so I could’ve designed a plane or shuttles, but since I was little I’ve been involved in racing. When I finished, I went back to motorsports as a Data Engineer and Race Engineer.

What are the first mechanical aspects you check before each race?

I would say set-up before the race and then in general we fully check the car, how is it, how’s its radius, how does it look, the end of the car, how has it been built and the quality of it.

When the team is not having good results like the current season, what are the challenges that you have to face as the Head of Racing Operations?

First of all, it’s managing the team’s morale. My biggest concern is to keep the team unified. The key is trying to build a competitive winning Formula 1 team, so my main challenge is to keep the people motivated, having them believe in the project.

For example, if you lose ten key staff members, which can happen in three months, then you won’t be competitive anymore.

My job is trying to get us on the podium, and Zak [Brown] and his reps have to convert this into business, where we each have a clear road.

We’ve seen that McLaren has gone through restructuring recently, to your opinion, have the changes been positive or have they harmed the team?

They have been really good decisions that are part of a journey which is longer than what it looks. I was hired now four years ago and my job is to always beat our last performance on track, and then you have other people who have to transform this into commercial success. My job is trying to get us on the podium, and Zak [Brown] and his reps have to convert this into business, where we each have a clear road.

Back in March, we heard that you were thinking about switching back to Mercedes engines but they stated that they were not an option, now you’ve been talking about Renault, how do you think leaning towards them will affect the team?

The past is the past, so we don’t like making comments about this anymore. We made some choices for the future of the company and we believe in them, so we’re happy where we are and where we’re going.

As far as this season goes, do you already consider it on the books?

As I mentioned before, we’re always looking into improving for the next race and every event is a new start that is part of our venture.

Do you have any surprises for next season?

As you already know, we just announced Fernando Alonso’s renewal for 2018. The package itself is what I wanted to have, the team has been protected, so the surprise next year would be to be where we believe we should stand. I don’t want to create any expectations at all but we will see; we should be back at the front.