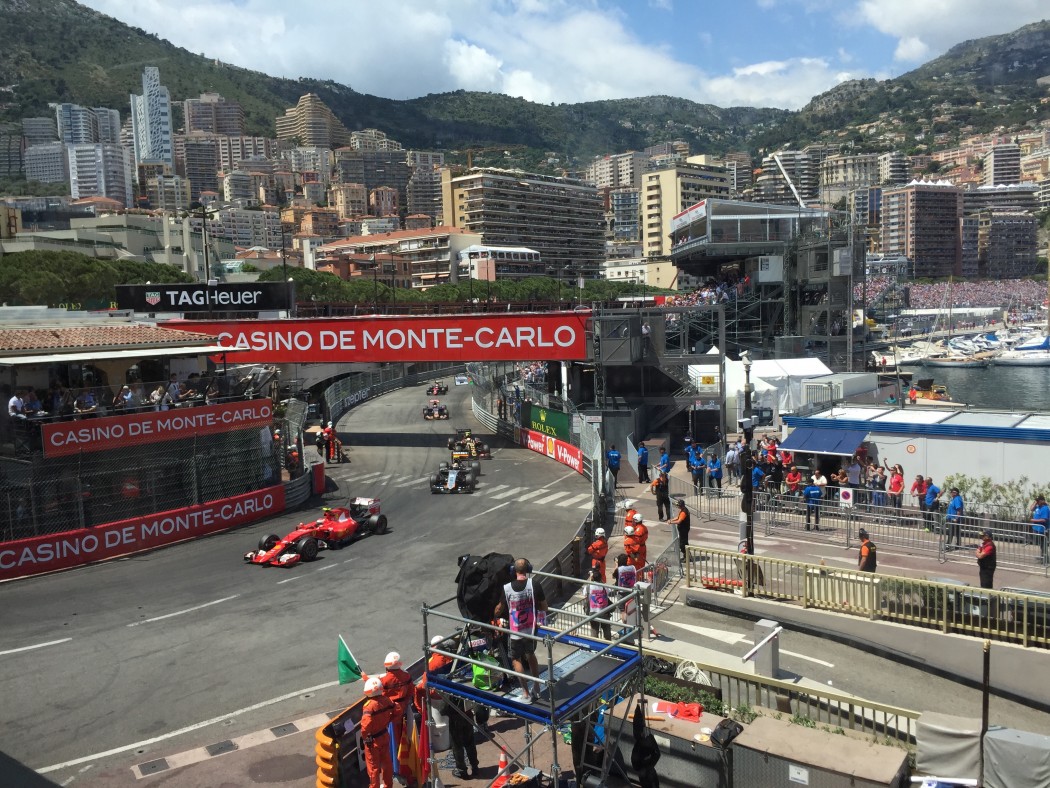 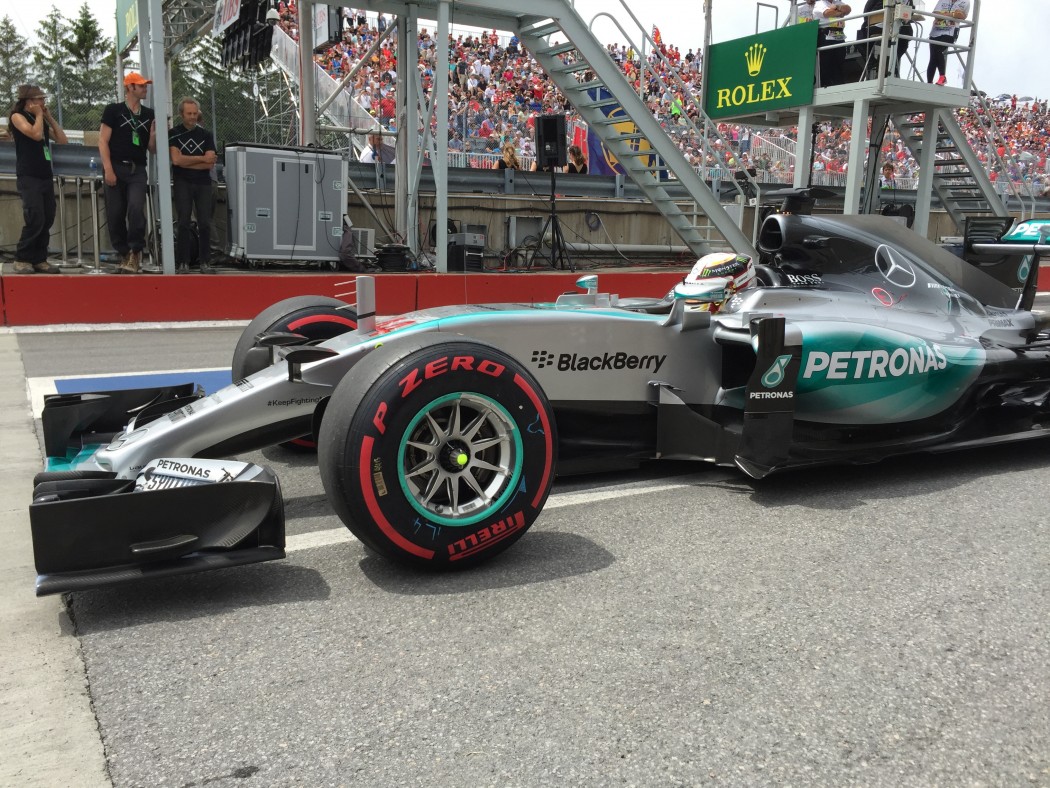 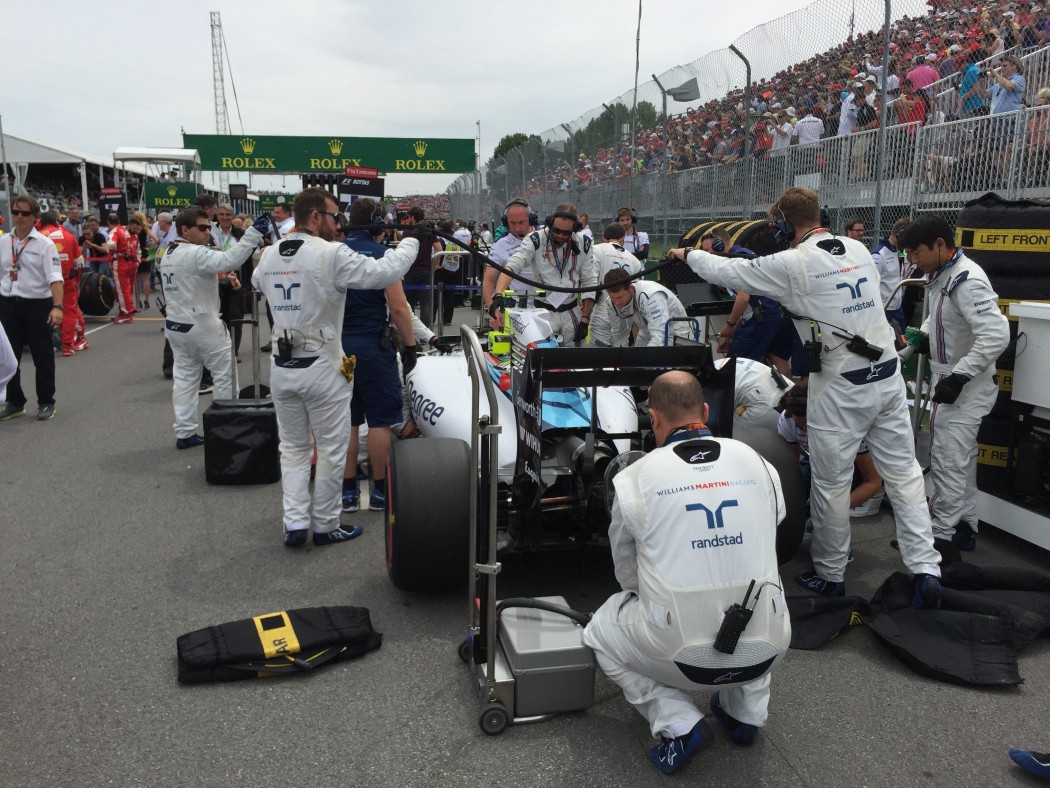 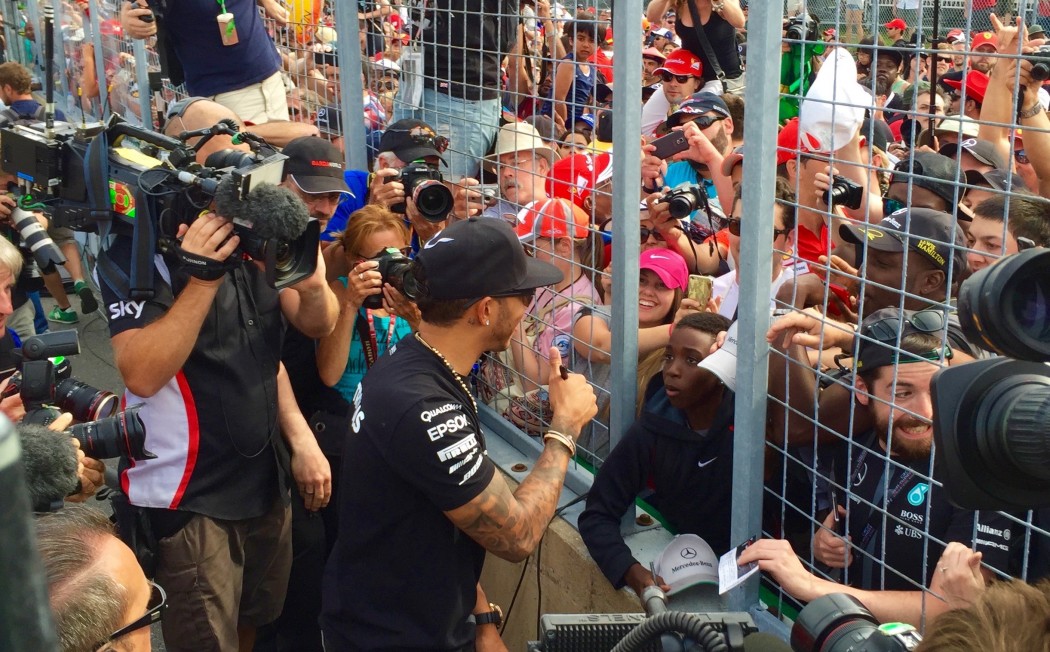 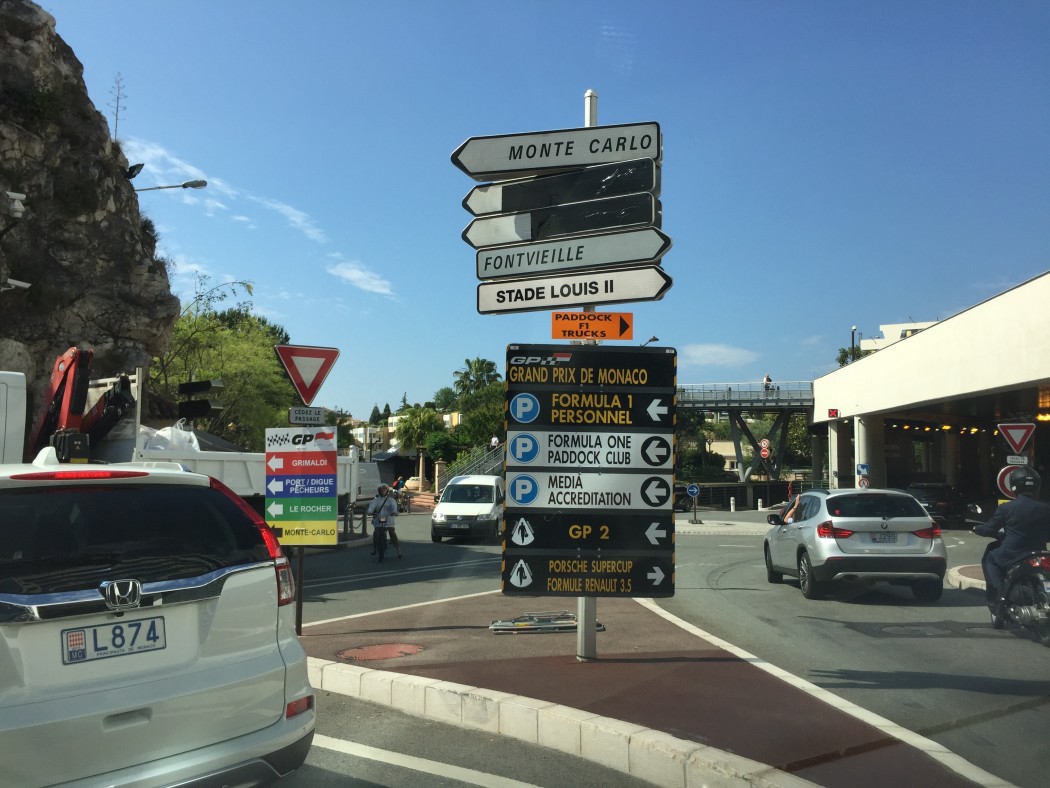 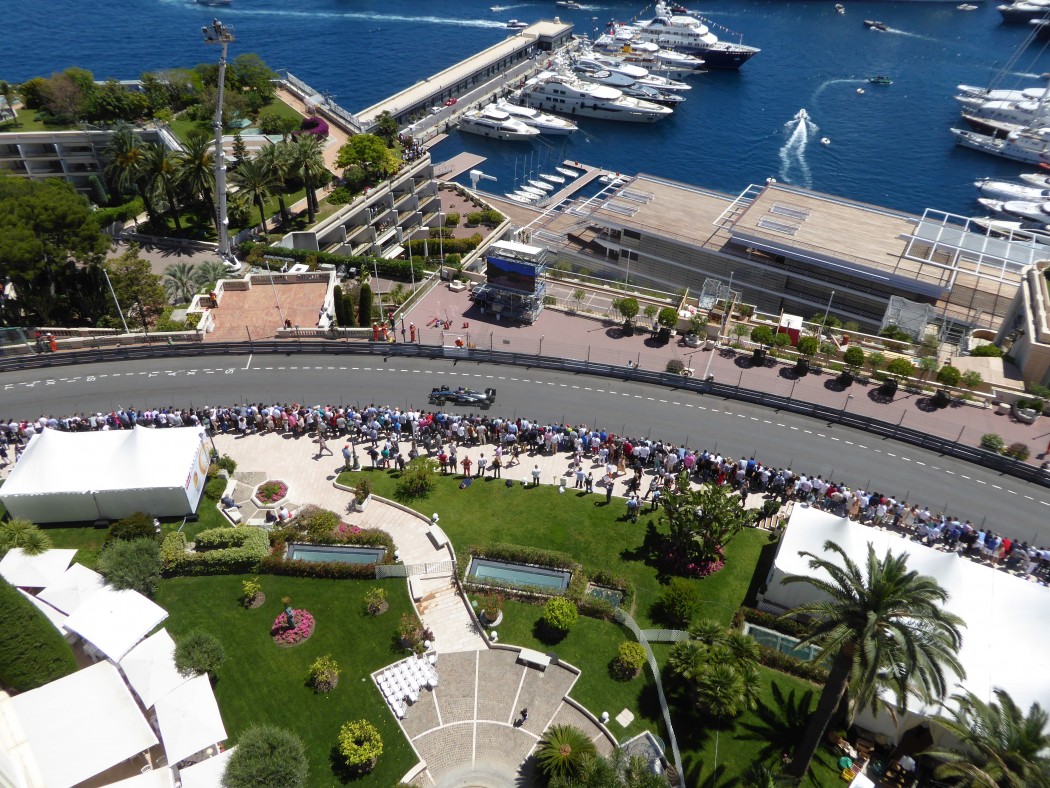 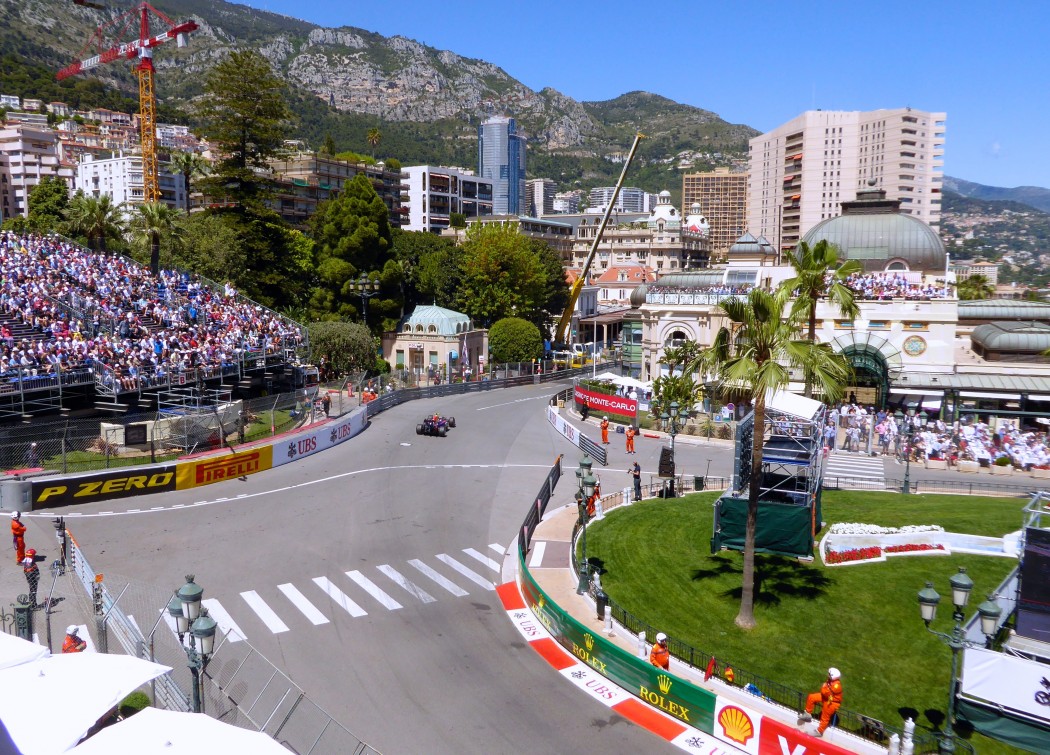 The sport of Formula 1 – the racing – is as good as the regulations allow. Teams are now dominated by engineers charged with squeezing the last thousandth of a second out of a lap time. Do we really want to tune in to simply see a car go as fast as it can?

People love to watch close racing. They love to watch humans pit themselves against one another to see who comes out on top. They want to see duels between drivers, if not carnage. They want overtaking, not strategic processions.

Formula 1 cars have become incredibly complex machines that continually seek a sweet spot between grip (mechanical and/or aerodynamic) and power to set new records. Increase the power beyond the limits of the formula controlling grip and you put the race back in the hands of the driver. Then give the engineers more freedom to take things closer to that limit.

In addition to two pre-season testing sessions and one mid-season session I would allow limited testing and upgrades until the August break, and no further upgrades of any kind for the remaining races (though teams can use parts developed and used at other races throughout the year). All development at each team must be devoted to the following season after the August break.

This promotes a strong, but unpredictable start to the season, an opportunity to fix things whether mechanical or aero and then levels budgets and the field before making it a shoot out to the finish. This would also provide more face time, sponsor activation opportunities and driver development.

Restore full radio communications between the pit wall and the driver and provide that channel as an option for all to hear. If teams want to provide privileged info they can use the screen in the cockpit or a coded message over the radio. Fans love to try and figure out what they mean.

Cockpit safety has been debated and decided. I would move immediately to partially enclosed cockpits such as the one recently proposed by Red Bull and then fully enclosed ones with canopies. Formula 1 should be a moon shot. If the power units are going to be complex, then let the rest of the car reflect that in the chassis design.

Instead of creating artificial cost controls, I would build on the proven success of the Haas/Ferrari partnership. License up to 5 engine manufacturers including Ferrari, Mercedes, Renault, Honda and possibly one from the VW family, supplying up to 12 teams of 2 cars each. These engine manufacturers will be required to support one team over a set 5 year window with two independent teams allowed to bid for the best engine among these that they can get (Red Bull, for example). Am I talking about customer cars? In a way, yes.

All teams below the five foundational teams including Ferrari, McLaren, Renault, Williams and Red Bull who have earned their status or any new team entrant to Formula 1 must compete with the support of an existing “mother” team. Each of these challenger teams then have three years to establish themselves as full constructors. Each year they must design and fabricate more and more of their own parts from a set list. In the fourth year they must be self-supporting exclusive of their power unit.

Of course none of these changes can be implemented as long as there are disagreements over authority and governance. While some of the teams enjoy input into a strategy group and the FIA remains in control of the regulations all of that is really nothing but a kangaroo court controlled politically by a select few.

Like so many other organizations that are run by a single or common mindset for a long time cronyism and personal agendas get in the way of evolving the sport and business to serve the fans, the lifeblood that supports the interests of all stakeholders.

Whatever deals exist today, those are Mr. Ecclestone’s deals. They reflect his way of doing business. He is the mastermind. They suit his style within an unorganised, often unscrupulous environment. Mr. Ecclestone conceived it and brought every aspect of this business and sport into reality in a way that no one else could given the circumstances and agendas of the time. To build Formula 1 into what it has become required the cunning and dexterity of an independent operator.

The FIA is a critical element in the sport of Formula 1 and deserves every consideration as an equal partner. Full stop.

If I ended up in control of Formula 1 I’d tear up the agreement between FOM and the FIA. I would end the infighting and consolidate power. The FIA is a critical element in the sport of F1 and deserves every consideration as an equal partner. Full stop. The on again, off again tension between these two entities does not improve the show.

Going forward Formula 1 must operate transparently because, God knows, the world demands it after enduring one disappointing scandal after another in recent years in F1 and across a number of cherished sporting organisations. Make a bold statement and list the shares on the major exchanges of the public market. If you want to attract more US based international brands that would certainly pave the way.

Use this mechanism to convert the existing preferences of the current Concorde Agreement (and any subsequent side deals) into an asset all shareholders can benefit from. Allocate equity to the foundational teams. Create opportunities for the other teams to earn equity over time. Give the Heritage Circuits a stake and provide warrants to the others.

Of course, a management team focused on serving the key metrics of a complex, global business such as Formula One will always require a strong hand at the helm. If Mr. Ecclestone is no longer available, I would centralize power in a commissioner, the elected CEO of the sport, and appoint someone like Ross Brawn to the role.

For any sport to thrive it must remain accessible to the fan base and growing it.

Adjust race start times so that it can better accommodate the largest and most valuable live worldwide TV audience, then rewrite the TV and distribution deals to bring them into the modern era of multiple platforms and best in class delivery partners. Distribution is a global situation, but licensing rights regionally respects diverse cultures and valued partners.

Provide a fully supported PPV broadcast option as an alternative to those provided by its regional broadcast partners, along with a completely free second screen experience to augment all live broadcasts.

Formula 1 has always taken a dim view of those who seek to exploit its intellectual property without paying for the privilege. Many an interloper have found themselves in receipt of a strongly worded letter from FOM or worse. While this is understandable it fails to keep up with modern opportunities that I would readily encourage, support and license.

Instead of punishing fans for their initiatives, bring them in and support them. Lucasfilm, arguably the most profitable developer of entertainment brands next to Disney (now its owner), walked a fine line between protecting its intellectual property with its Star Wars and Indiana Jones franchises and supporting its profitable fan base. In fact, the head of its fan department was hired from within that community.

I would redraft regulations to license and allow spectator filming and live broadcasting through Social Media apps like Facebook’s Live product and Twitter’s Periscope.  Why not allow spectators to post videos on their own social media feeds as long as those feeds or the media posted are not used for advertising purposes.

I would support and license the professional photographers that travel the globe in support of the series. Their license would allow them the complete access they currently enjoy, while local media outlets would be licensed and allowed access to a limited selection of vantage points. In order to protect the quality and value of these image assets I would mandate that only licensed pics from these photographers would be authorized for use in all blogs and reporting as well as advertising, brand supports or sponsorship materials. I would place strong financial penalties including immediate suspension of accreditation for the individual and the publication who violate this.

Isn’t it about time Formula 1 had a Hall of Fame?

Isn’t it about time Formula 1 had a Hall of Fame? Announce a worldwide competition to engage an architect to bring not only a permanent home to life, but also a travelling exhibit. Did I mention bringing Augmented and Virtual Reality into the fan experience? We’ll get to that in a bit.

When most of Formula 1’s existing fan base was growing up, cars played an integral part of their lives. Buying, fixing up and even racing their own cars was all part of the fantasy. It connected us to the racers, our heroes. Today that experience is all but gone, however there exists a vast pool of skilled video gamers who routinely play first person racing games that allow them to get even closer to the racing experience we all aspired to than we could ever imagine. Yet the current management has failed to capitalize on this potential choosing instead to suffer its development.

Imagine one of the top drivers strapping themselves into a consumer level simulator and setting the lap time to beat each race weekend. Thousands of young fans would then set out to equal or best that time as they competed for the rewards awaiting them throughout the season. These events provide further naming rights opportunities and massive social media and traditional media exposure. Want to reach out to a younger demographic? I’d start there as Formula E and VISA already have.

Why not bring Formula E into the Formula 1 experience and run those cars in a support race at a select number of circuits around the world? It would provide context and an interesting contrast while also demonstrating Formula 1’s commitment to an evolving future.

I mentioned Augmented and Virtual Reality earlier. Augmented media allows the viewer access to additional information without otherwise taking their eyes off of a live experience, while Virtual Reality immerses the viewer into a new realm bringing them closer to the targeted experience than ever before possible. Both provide opportunities to provide fans with a variety of extraordinary experiences that are just now materializing on the horizon.

The teams and logistics of Formula 1 should also be an example of sustainable energy practices. Their factories and the paddock would score huge points with fans and sponsors alike if they held themselves out as sources of clean energy technology. All transport trucks (drive-away, while in Europe) should be diesel/hybrid or compressed gas. All fixed and mobile hospitality units should have solar arrays to offset local electrical needs and to lower the carbon footprint.

These are just a few of the things I would do to improve the show if I were to run Formula 1.

Someday in the not too distant future Formula 1 will see changes at the top. Shares will change hands, regulations will evolve and management will experience a shift. Until then the pessimists can all remain armchair experts as they continue to predict F1’s inevitable demise. I, for one, am an optimist and believe Formula 1 has a bright future ahead of it in one form or another.

I’ll save the rest of my plan for the formal announcement after my deal closes.