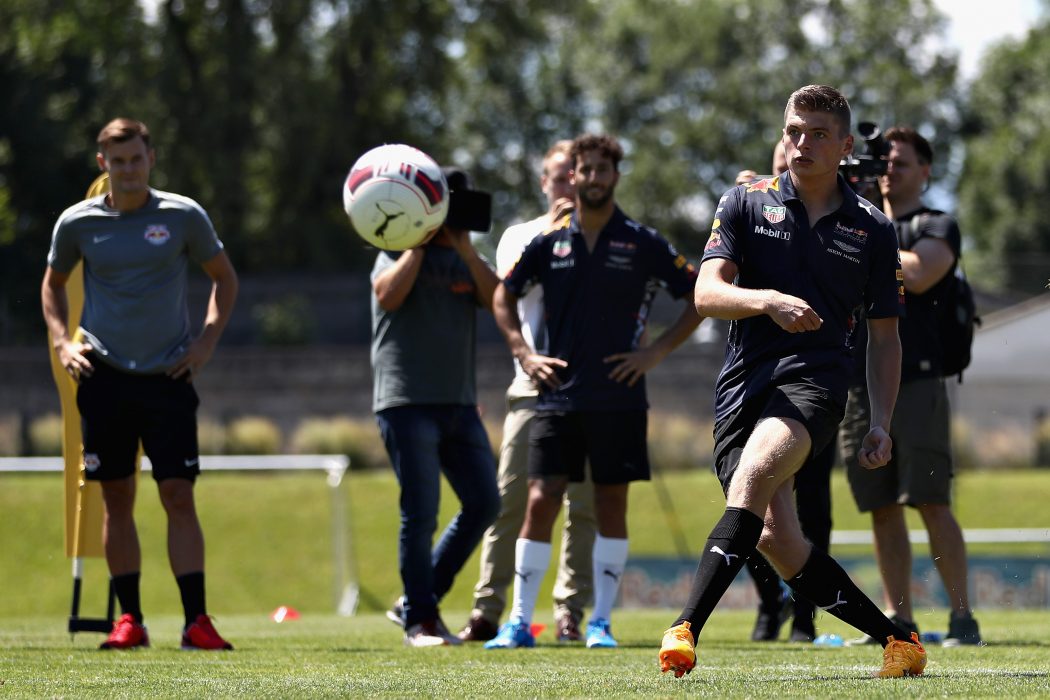 SPIELBERG, AUSTRIA - JULY 05: Max Verstappen of Netherlands and Red Bull Racing at the Red Bull Racing Puck Off event during previews ahead of the Formula One Grand Prix of Austria at Red Bull Ring on July 5, 2017 in Spielberg, Austria. (Photo by Lars Baron/Getty Images) 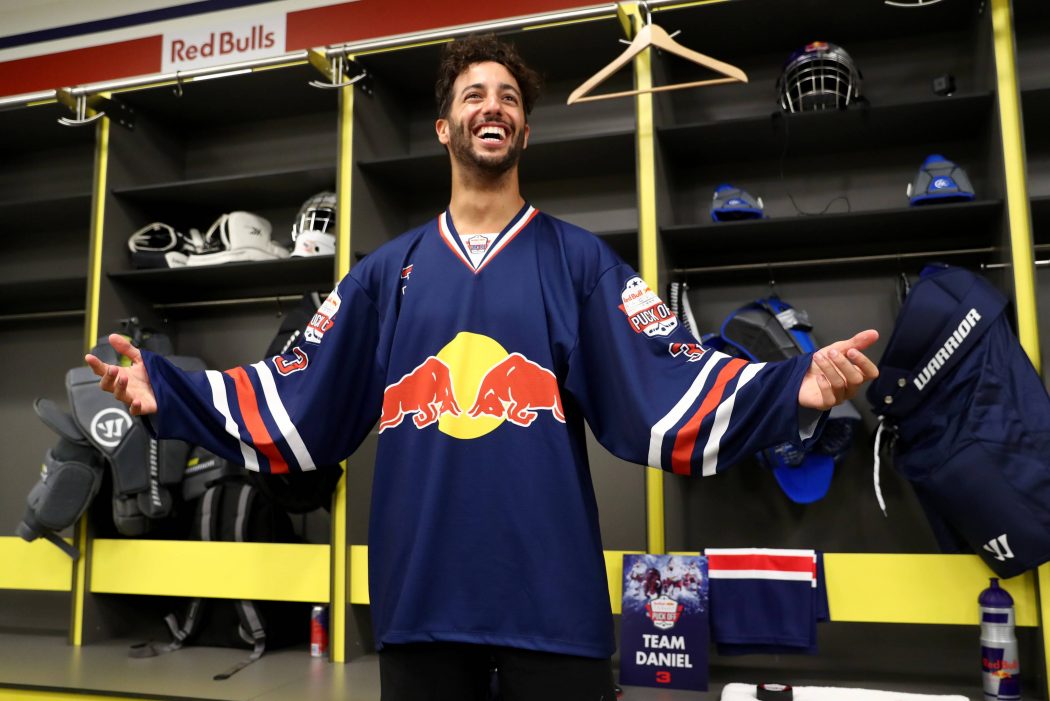 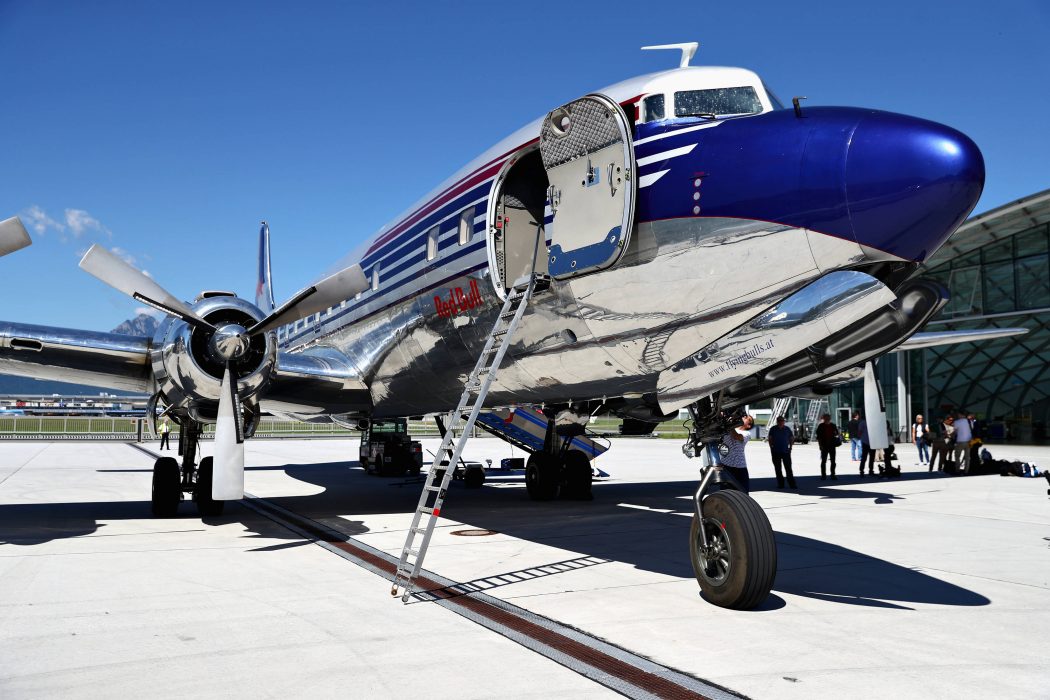 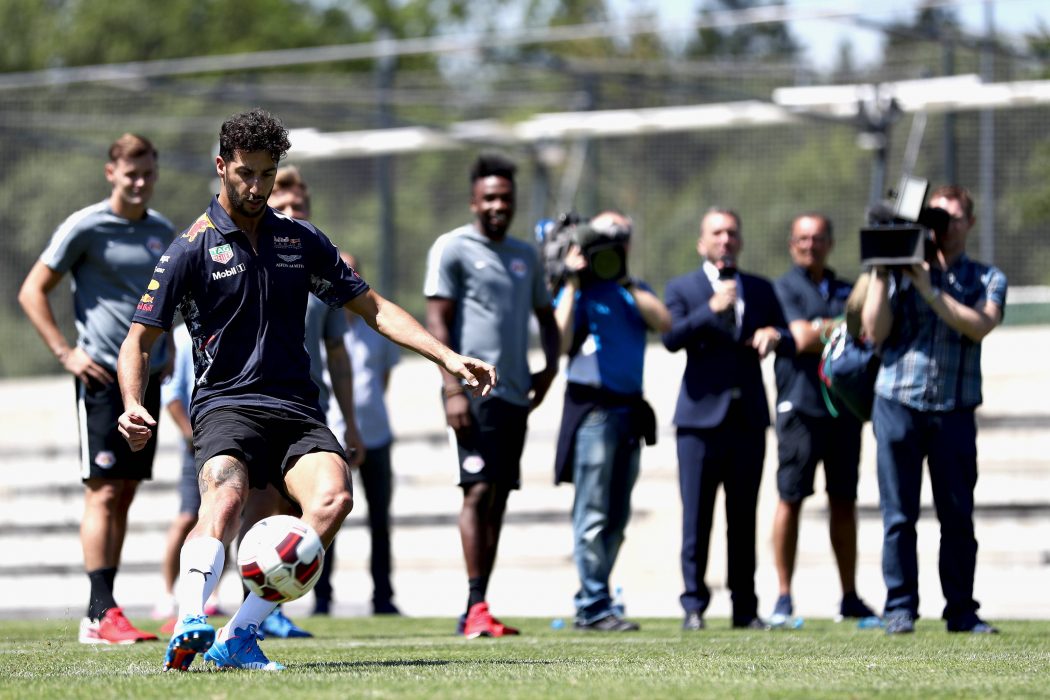 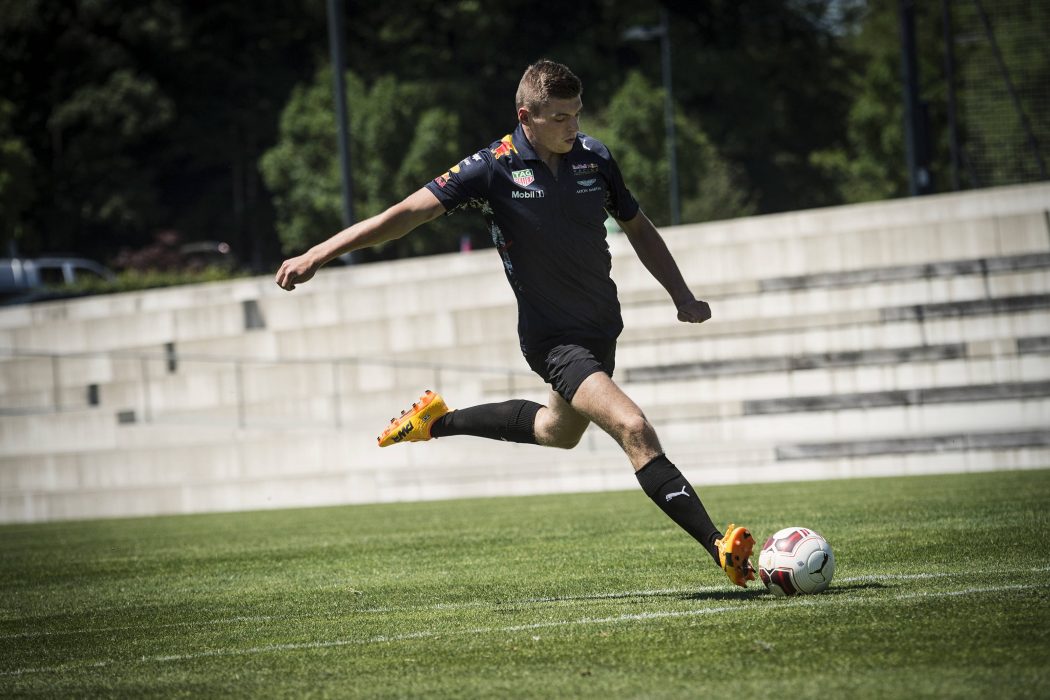 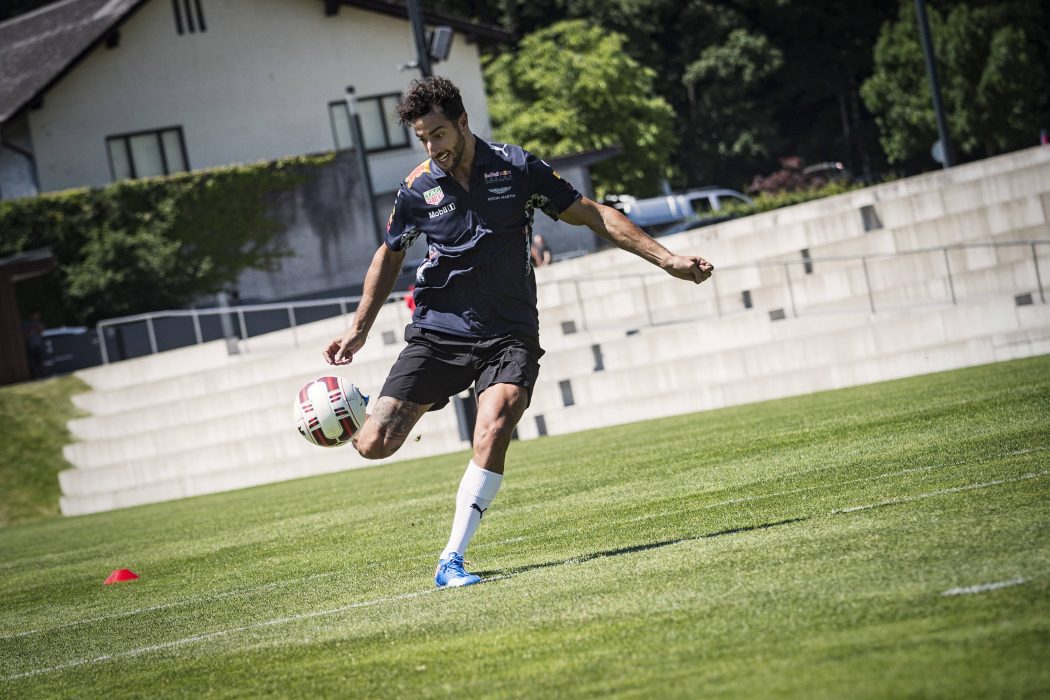 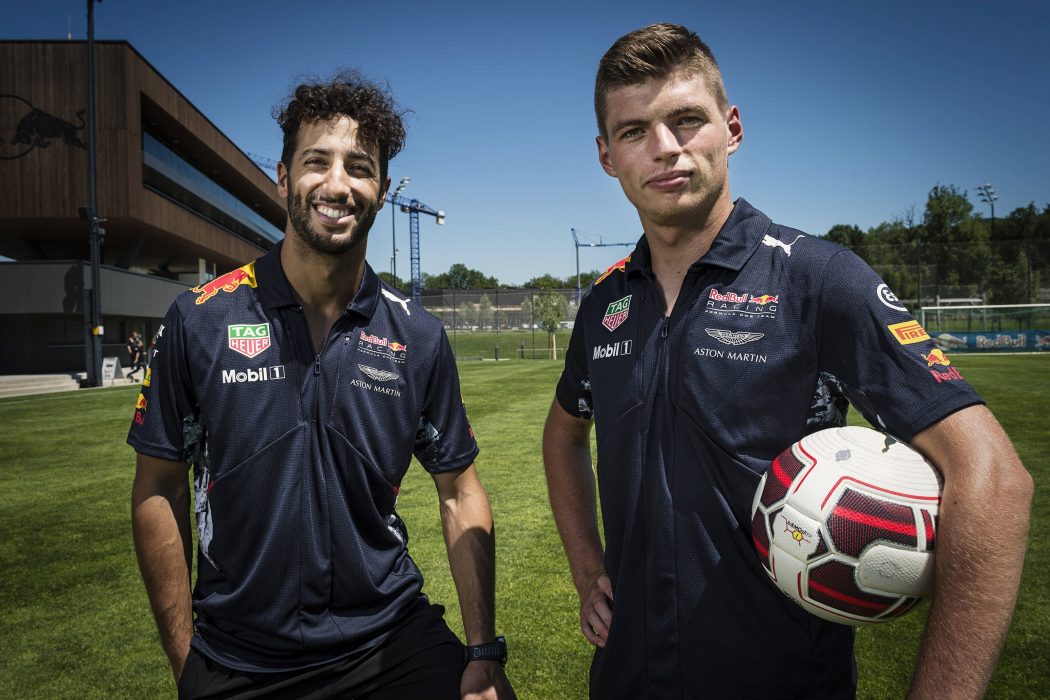 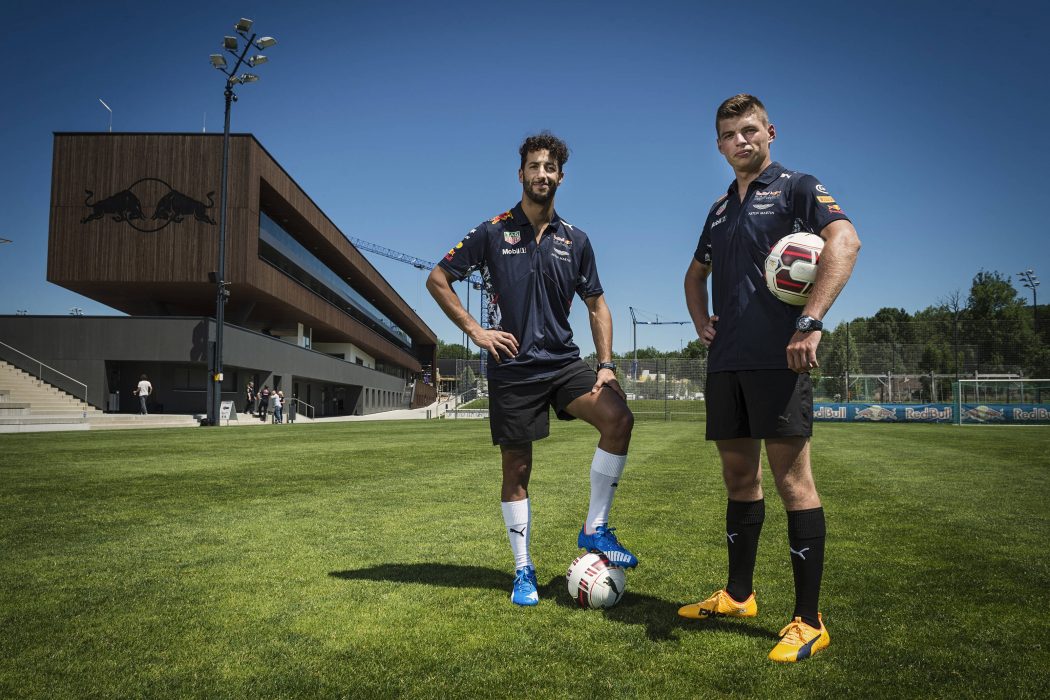 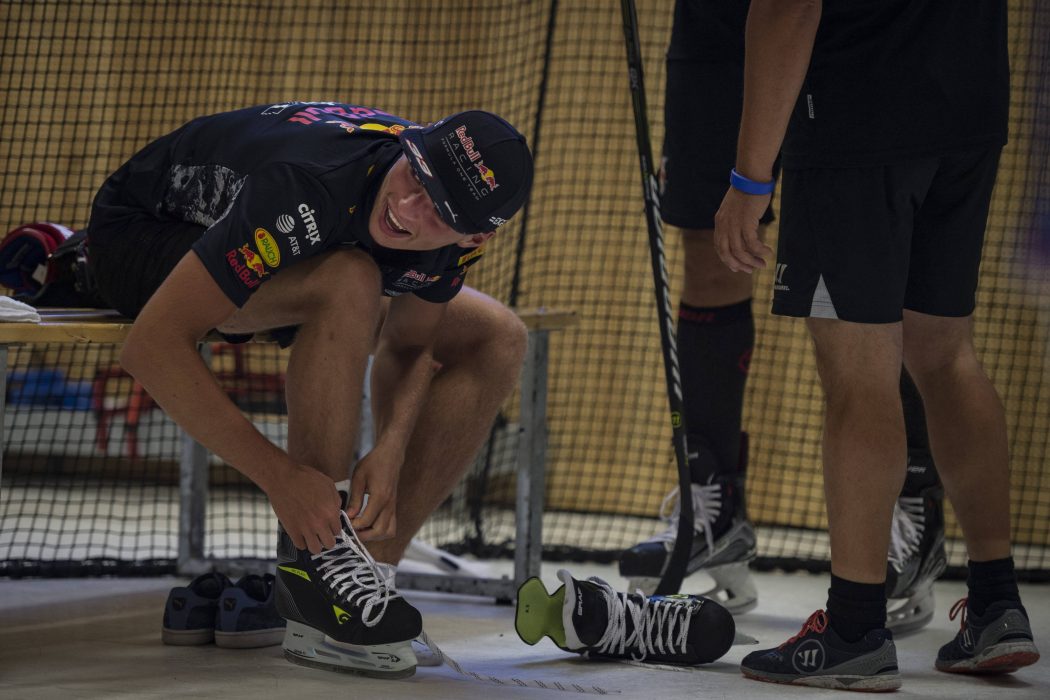 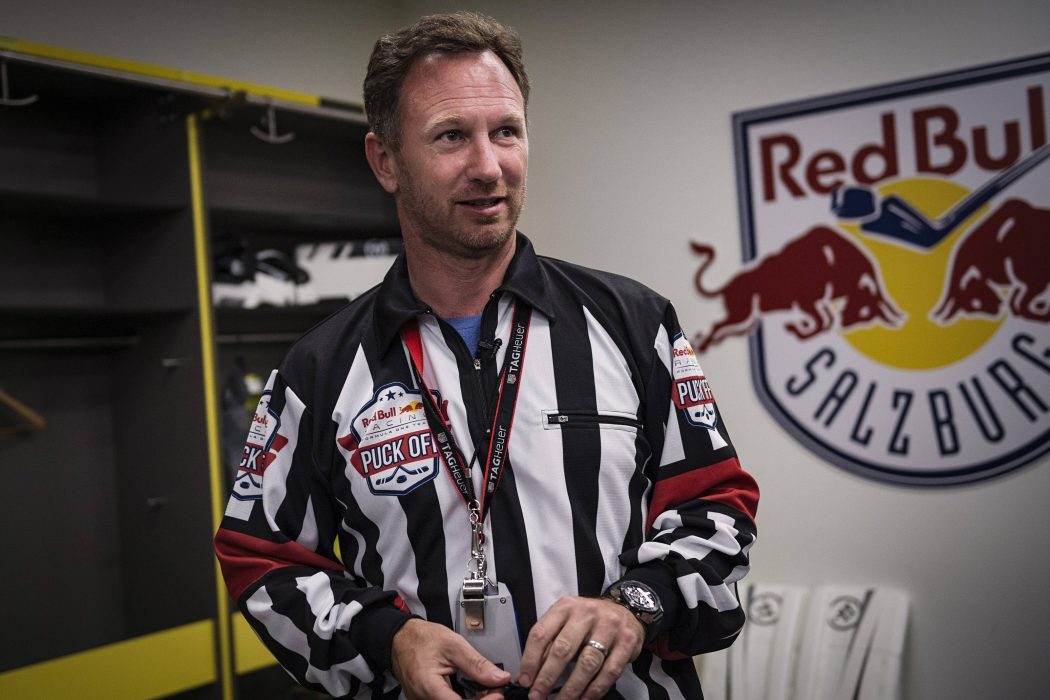 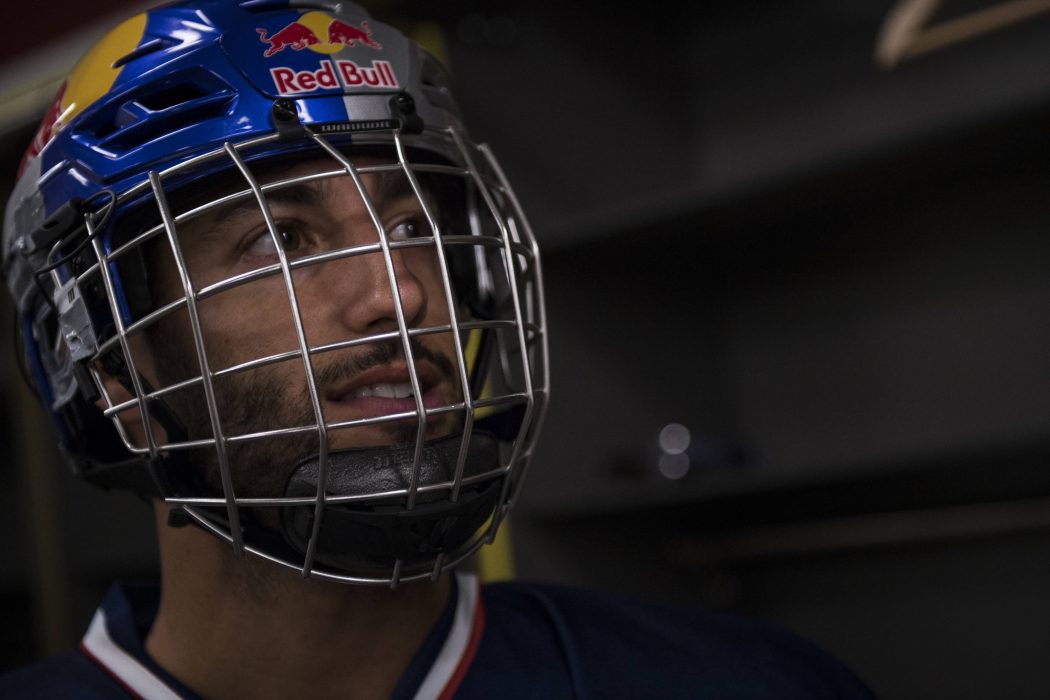 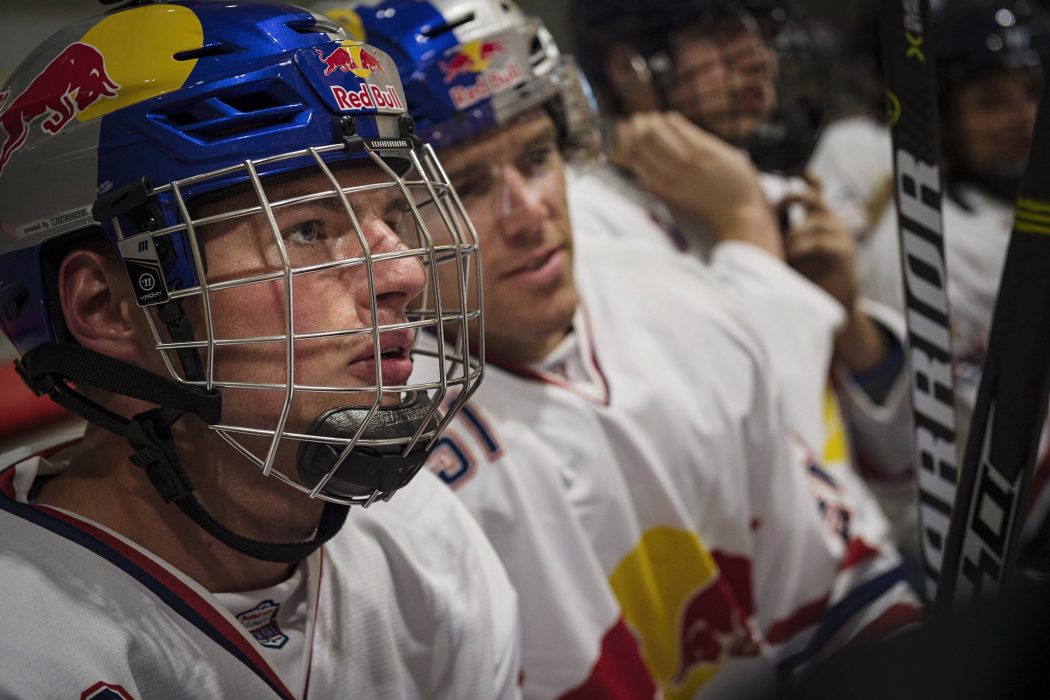 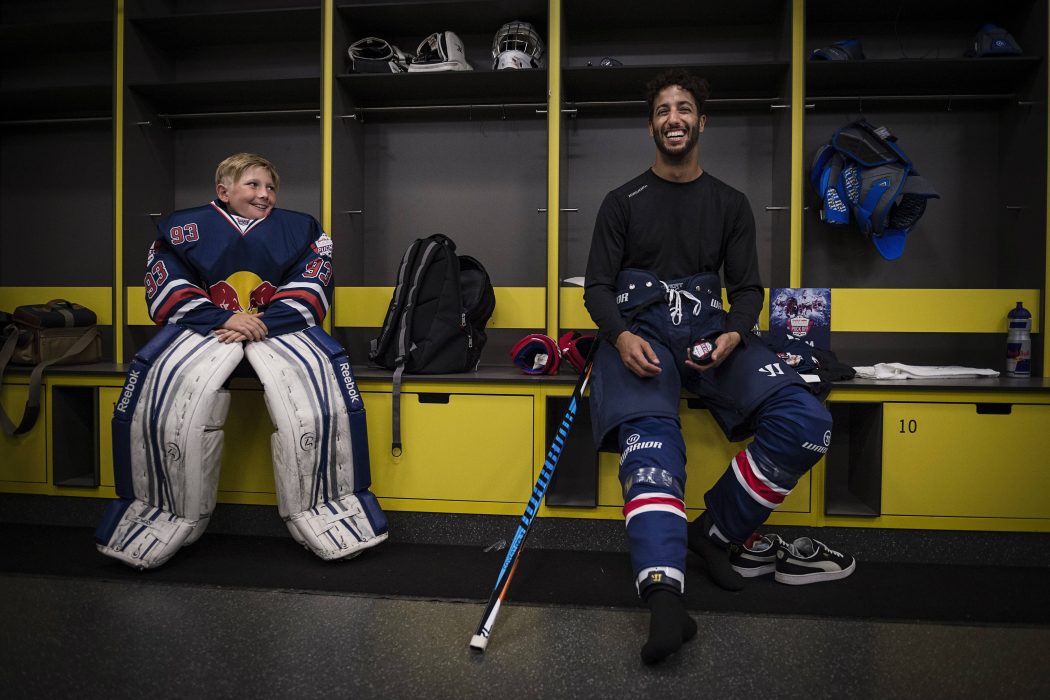 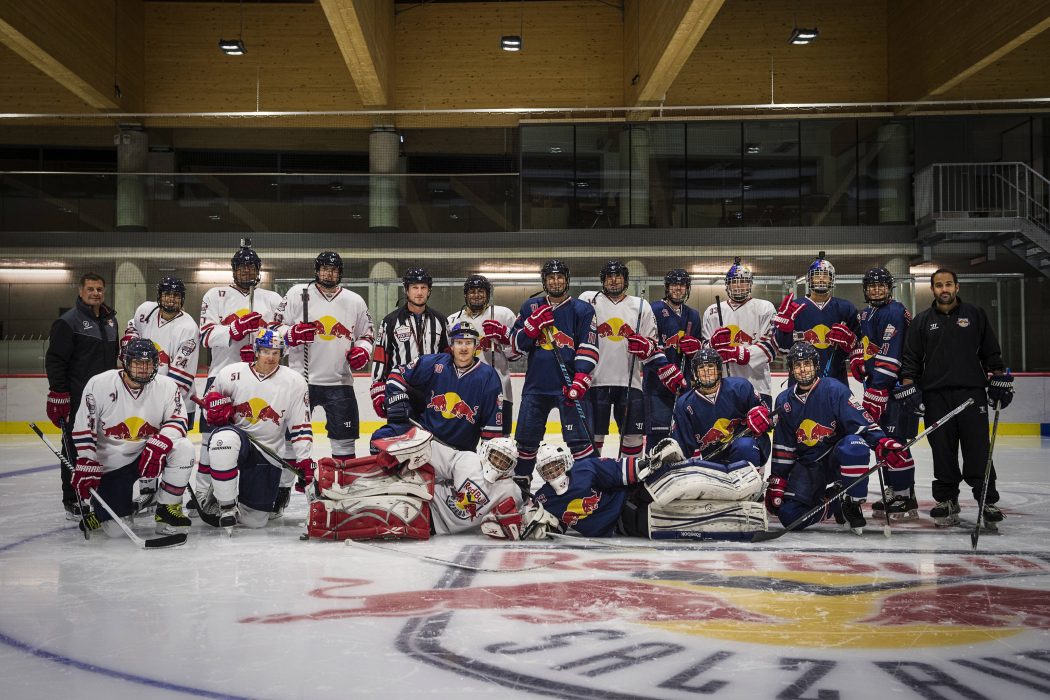 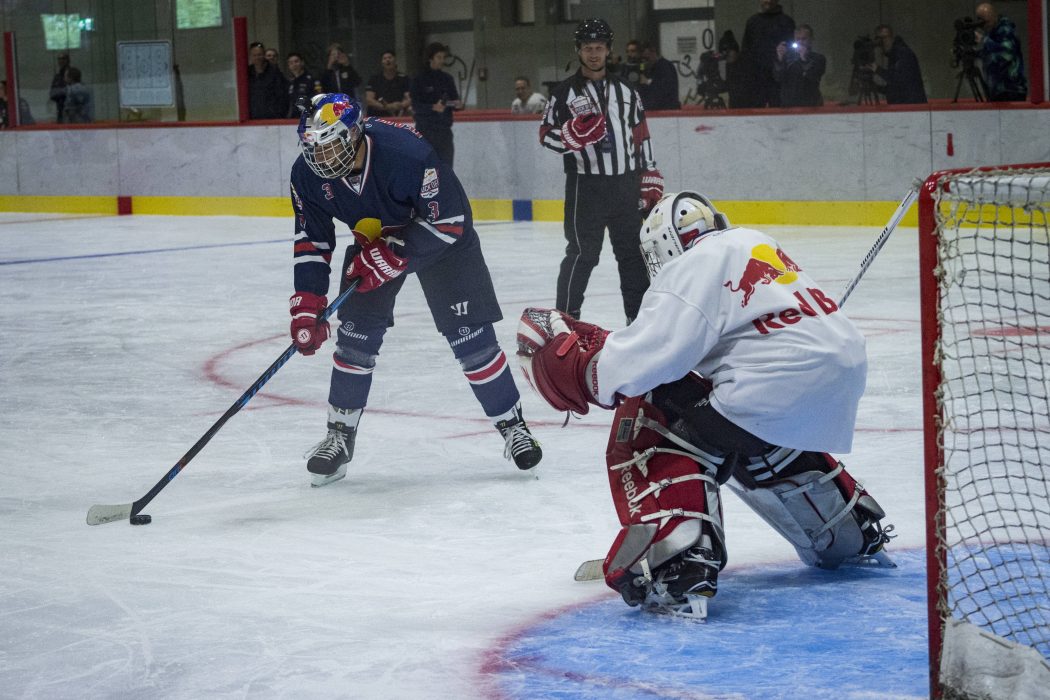 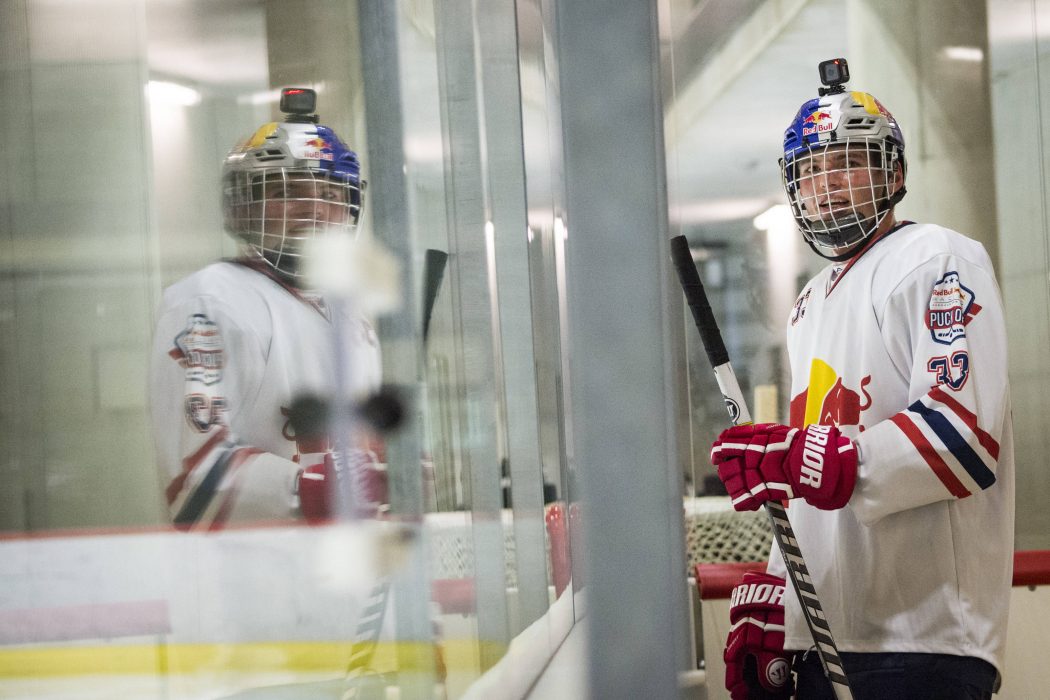 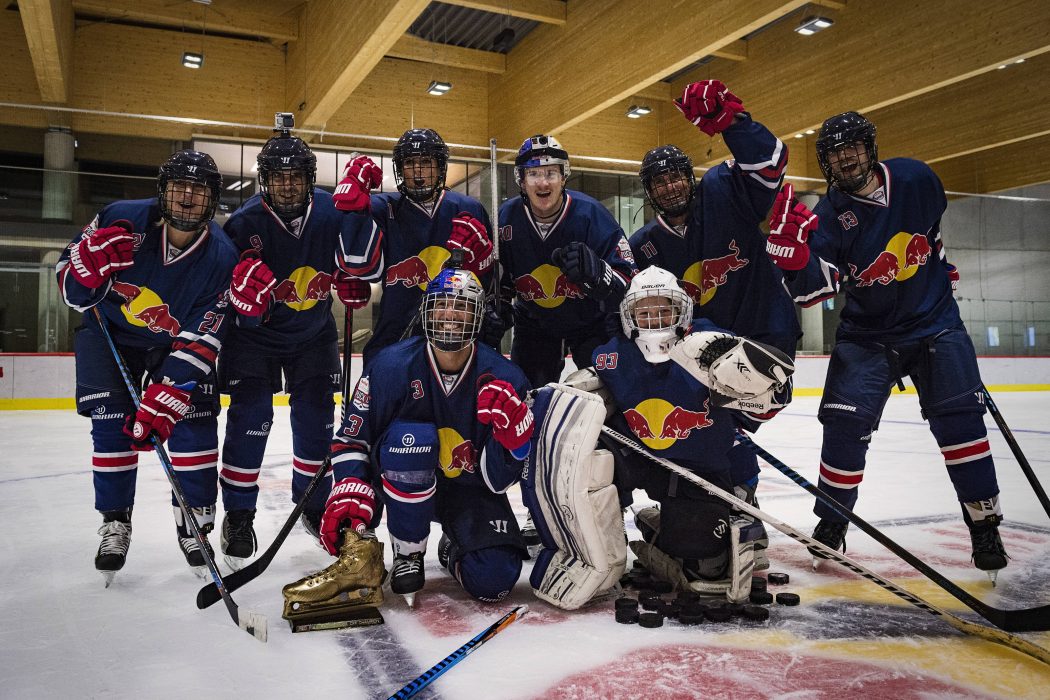 Temperatures have been rising on the track in Formula 1 so Red Bull Racing decided to cool things down in the build-up to the Austrian Grand Prix with a spot of ice hockey.

Drivers Daniel Ricciardo and Max Verstappen as well as team principal Christian Horner took to the ice at the Red Bull Akademie in Salzburg, home to the next generation of athletes.

Ricciardo, victorious on track at the last race in Azerbaijan, once more came away as the victor, his team winning an often chaotic contest 2-1.

While there was no trademark shoey with his ice skate afterwards, Ricciardo said: “I’ve never played ice hockey before and I’ve ice skated probably twice when I was maybe 10 years old.

“We had a rink in Perth and I think I went on a school excursion. So I haven’t done it for the best part of 18 years and never with a stick and a puck. It was fun.

“I honestly really, really enjoyed it and, by the end, when they blew the whistle I was sweating but I was sad. I wanted to keep playing.”

Of the two Red Bull Racing rivals and teammates, Verstappen was the more natural on ice, the Flying Dutchman modestly rating himself as no more than “above average”.

“It’s been great,” he said after stepping off the ice. “As a Dutch guy, it’s always good to be on the ice so I definitely enjoyed it. I was playing a bit when I was 10 years old, maybe I played for a few months.”

Running the rule over his two drivers, Horner, who refereed over proceedings, described Verstappen as a “hidden talent on ice skates” but referred to Ricciardo as “a little bit like Bambi on ice”.

The team boss added: “But an Australian in a fridge doesn’t really work. They had a lot of fun and kept it pretty clean, and they’re still in one piece which is the main thing.”