To fill the void between the Hungarian and Belgian races, the Team packed an RB8 into the back of a transporter, crated up test and reserve driver Sébastien Buemi and headed for the hills. The destination: the foothills of the Jura Mountains in Switzerland for the Red Bull Race Day.

Trailing Ferrari by mere 40 points in the Constructors’ Championship, you can place a bet at Novibet that Red Bull Racing will finish the season not lower than second. Max Verstappen is in a stellar form and he will take Drivers’ Championship to the wire. On the other hand, Mercedes AMG Petronas commands a big lead and it is still possible RBR will become stronger in the second half of the season.

A gathering of the clans from across the Red Bull motorsport landscape, the Race Day event saw stars from the worlds of cars, motorcycles and aviation gather at Grenchen Airport, 25km north of Bern for two days of adrenaline-fueled, high-octane insanity.

Topping the list of attractions were local hero Sébastien Buemi and the double-title winning RB8. The last time Séb brought an RB8 to Switzerland it was to tackle the tight and twisting Tremola Pass, a feat that required precision and care. This time, however, the Swiss driver had the wide open spaces of an entire airfield at his disposal, and with no boundaries in place, Sébastien gave the RB8 a proper thrashing. 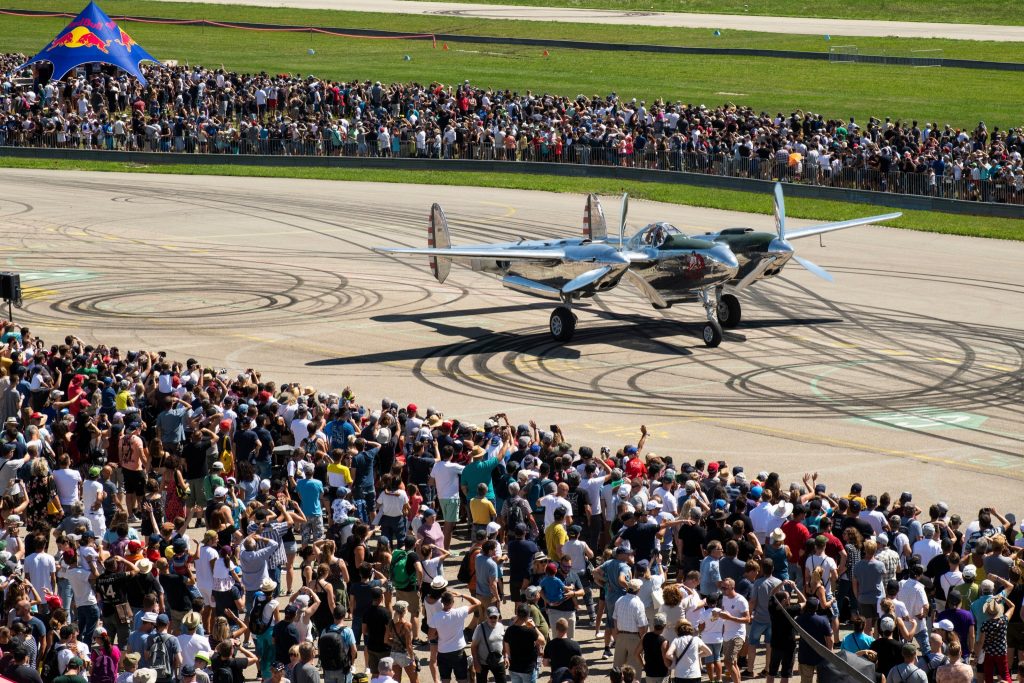 To the delight of the 36,000 spectators who turned up for the event, the Red Bull Reserve Driver completed a series of flat-out runs in the 2012 Constructors’ and Drivers’ Championship winning machine.

It wouldn’t be a proper show car run without the full complement of donuts and burnouts and Sébastien was only too happy to oblige, wreathing the crowd in spirals of tyre smoke as he pirouetted across the runway.

“It’s a special event,” Sébastien said afterwards. “It’s cool for the fans, but also for the drivers, mainly because you get to do whatever you want with the car on a big airfield like this! It’s an amazing feeling, especially because we’re in Switzerland and I don’t get too many opportunities to drive in front of my home crowd. So, yeah, a very special day.”

The show car crew were joined by a host of other Red Bull motorsport stars and their machinery across the weekend. 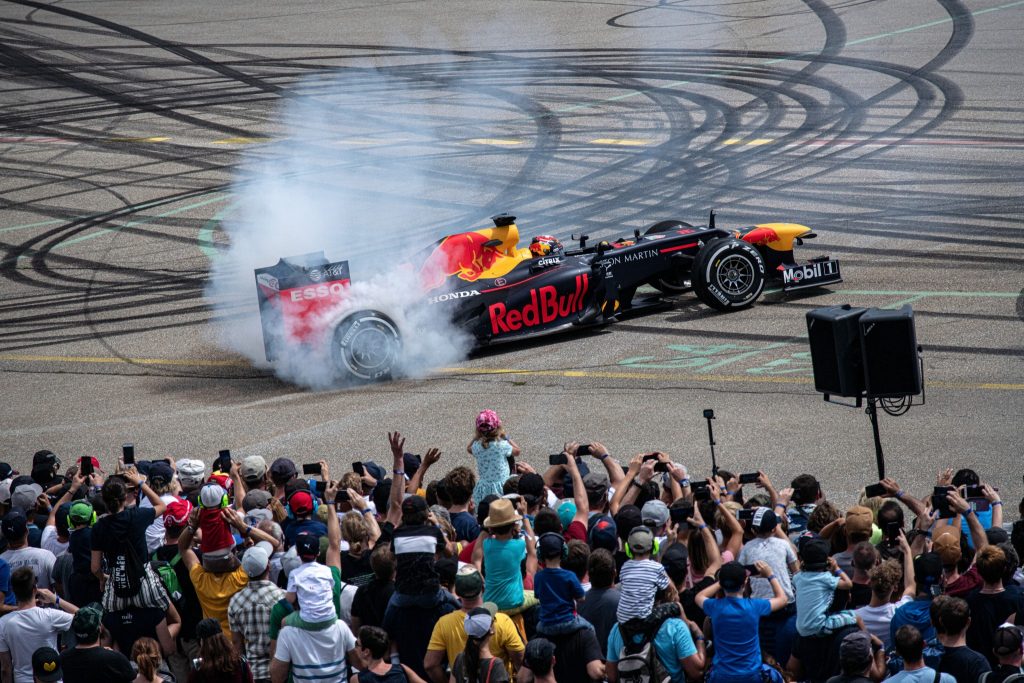 European Drift Champions Elias & Joe Hountondji (AKA The Drift Brothers) also flew the flag for four-wheel motorsport, while on two wheels Sébastien’s compatriot Mat Rebeaud represented for bike fans. The Freestyle Motocross World Champion brought something different, performing a series of spectacular tricks in near total silence as took an e-bike to the extremes of capability.

The action wasn’t confined to terra firma, either. Red Bull Air Race stars Matthias Dolderer and Nicolas Ivanoff took to the skies for some eye-popping runs at speeds of over 370 km/h, while the Flying Bulls were also on hand to showcase the incredible beauty and manoeuvrability of the historic Lockheed P38 Lightning.

There may be almost three weeks to go until the next wheel turns in the Formula One World Championship, but the Race Day proved once again that the show car team are determined to bring F1 power to the people no matter what.