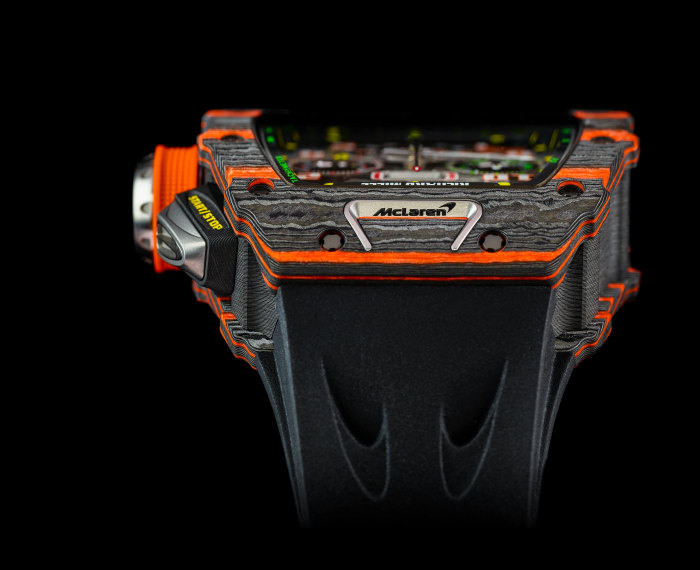 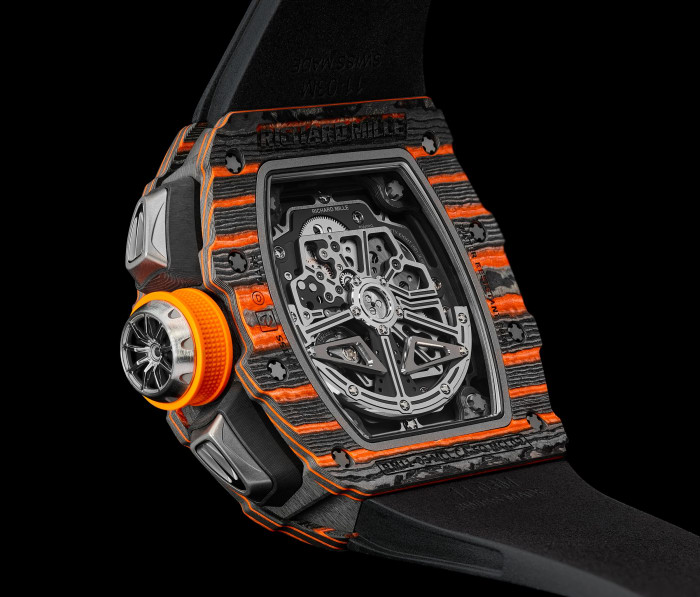 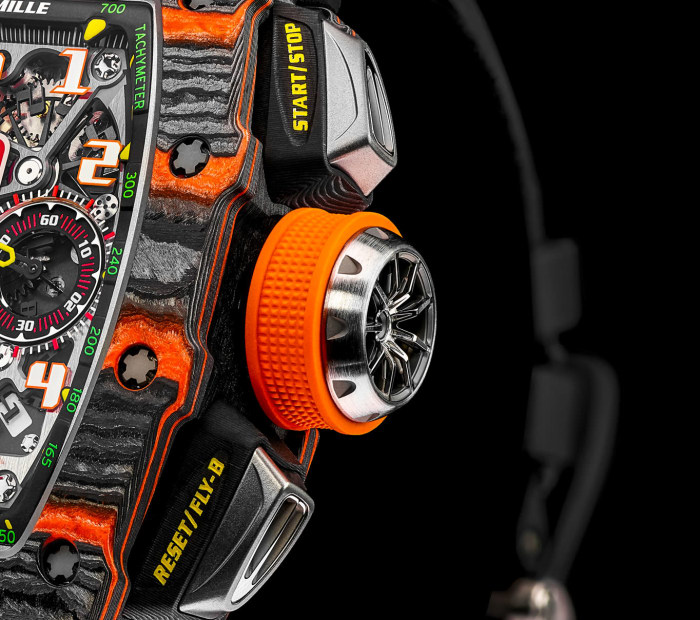 McLaren Automotive’s creations aim to incorporate a maximum of Formula 1 technologies and developments in their racing and ‘touring’ cars; tourbillon watches are for Richard Mille what Formula 1 vehicle is for McLaren, a technical crucible from which to extract innovations that can be adapted across his collections.

Bruce McLaren first discovered the exhilarating sensation of driving as a child in New Zealand, taking a soapbox of his own design for runs down the verdant hills around Auckland. Today, nearly 50 years after his death, the name of this mechanic’s son remains forever associated with one of the greatest teams in Formula 1, and with a line of exclusive prestige sports cars.

Barely out of his teens, Bruce had a fairly clear idea of what he wanted to do in life: to drive racing cars as fast as possible, certainly, but above all, to have these be of his own design. Starting at the age of 14, he began entering hillclimbing events.

Then, with the blessing and support of his parents, who could relate to his passion, he enrolled in an event for young drivers, where he prevailed, winning a scholarship to go test his talent against the stiff competition in England.

Bruce began his first trials in single-seaters, systematically taking it upon himself to adapt the cars to his needs with a sure sense of mechanics.

To do something well is so worthwhile that to die trying to do it better cannot be foolhardy. It would be a waste of life to do nothing with one’s ability, for I feel that life is measured in achievement, not in years alone.

Precocious both as a driver and an engineer, Bruce McLaren became, at 22, the youngest driver ever to win a Formula 1 Grand Prix, in 1959. His record was toppled only 44 years later, by Fernando Alonso—today a driver at none other than McLaren.

In the early sixties, Jack Brabham, who had left Cooper to establish his own team, enabled Bruce to become a lead driver for the British team, but McLaren remained fixated on the idea of driving his own cars.

McLaren’s Can-Am cars proved unbeatable and attracted a substantial clientele that ensured the revenues needed for his Formula 1 project. However, the New Zealand-born constructor’s career apotheosis was to come at the 1968 Belgian Grand Prix, where Bruce McLaren took first place in a car bearing his name.

From that day forward, connoisseurs were convinced by the cars in their livery of ‘papaya’ orange —a colour Bruce selected to make them more identifiable on the track.

Their reputation was in no small part due to the character of their constructor. After this first McLaren Formula 1 victory, Bruce set his sights on the world title, but his thoughts were mostly of a sports car that could compete with the reigning monarchs of the road from Ferrari, Aston Martin and Jaguar.

Sadly, he did not have time to bring this dream to fruition. In the spring of 1970, Bruce McLaren was the victim of a fatal crash on the Goodwood Circuit during trials of one of his prototypes.

Despite this tragedy, the team that bears his name survived. Not only that, but the South African engineer Gordon Murray, would, with the help of thirty or so technicians, finally realise the ambition of the brand’s creator in 1993, designing the first-ever McLaren road car, produced in an edition of just over a hundred cars.

This was the car that ushered in a dynasty of prestigious Supercars of which the 720S is the latest scion.

This type of balance wheel represents the ultimate in innovation. It guarantees greater reliability when subjected to shocks and also during movement assembly and disassembly, hence better chronometric results over time.

The regulator index is eliminated and more accurate and repeatable calibration is possible thanks to 4 small adjustable weights located directly on the balance.

The double-barrel system contributes to the torque stability over a longer period. This is achieved by using more rotations of the barrel, thereby reducing pressure and wear on the teeth, bearings and pivots, hence improved long-term performance.