A new initiative from Ferrari as part of the countermeasures against COVID-19. Designed in just five weeks, a reliable, versatile, easy to use and assemble ventilator, to optimise oxygen consumption. Produced using easily available materials at a lower cost than currently available pulmonary ventilators.

Scuderia Ferrari Mission Winnow and the Italian Institute of Technology have joined forces to come up with a pulmonary ventilator that can be used by hospitals as a vital tool when dealing with emergencies such as the current COVID-19 virus global pandemic.

The project goes by the codename FI5: the letters being the initials of the Maranello marque and the research institute based in Genoa, while the number indicates the number of weeks required to produce a fully functioning prototype, starting from a clean sheet of paper.

FI5 is just one in a series of initiatives set up by Ferrari and IIT. Over the past few weeks, the Maranello company has launched various coronavirus health care projects, including direct financial support for the Modena area, as well as the production of valves for pulmonary respirators and fittings for protective masks, as well as the “Back on Track” programme, born out of the collaboration with a pool of virologists and experts, with the support of the Emilia Romagna area, with the aim of ensuring the safety of the company’s working environment, as from the moment production restarted last week.

How did the idea of FI5 come about? It began with a call from IIT, and a desire to make generally available to everyone going through this emergency in Italy and indeed in the rest of the world, not only the excellent production facilities and support for the many initiatives in the area put in place by Ferrari but also the creativity, quick reaction times and know-how that are part of the DNA of a Formula 1 team like the Scuderia.

FI5 has been designed to meet the typical demands of medium intensive care; reliable, versatile, easy to use and assemble, able to optimise oxygen consumption and being produced in volume, using easily available materials, so as to have a far lower cost than currently available pulmonary ventilators. The technical specification of FI5, the drawings, the firmware, software and list of components are now available as an open-source project, which means anyone can produce it. In fact, some Italian, Mexican and United States companies have already contacted Ferrari and IIT to move on to certifying and distributing the product. IIT, through connections to all European research centres, will put the project on the DIH-HERO network, used for robotic technologies in health care.

Involved in the project was the Scuderia working group, headed up by Simone Resta, Head of Chassis Engineering and Corrado Onorato, F1 Innovation Manager, with support from members of the Gestione Sportiva and the GT department, while IIT put together a research and engineering team coordinated by Marco Maggiali, Facility Coordinator Icub Tech and Andrea Pagnin, IIT’s research manager. Initially, they came up with a list of essential requirements, partly arrived at thanks to the experience gathered from various hospitals, including Milan’s Niguarda Hospital and the Policlinico San Martino Hospital in Genoa. The Camozzi Group also played a vital role in identifying some essential components, also experimenting with its own products in order to provide data useful for the simulation models. 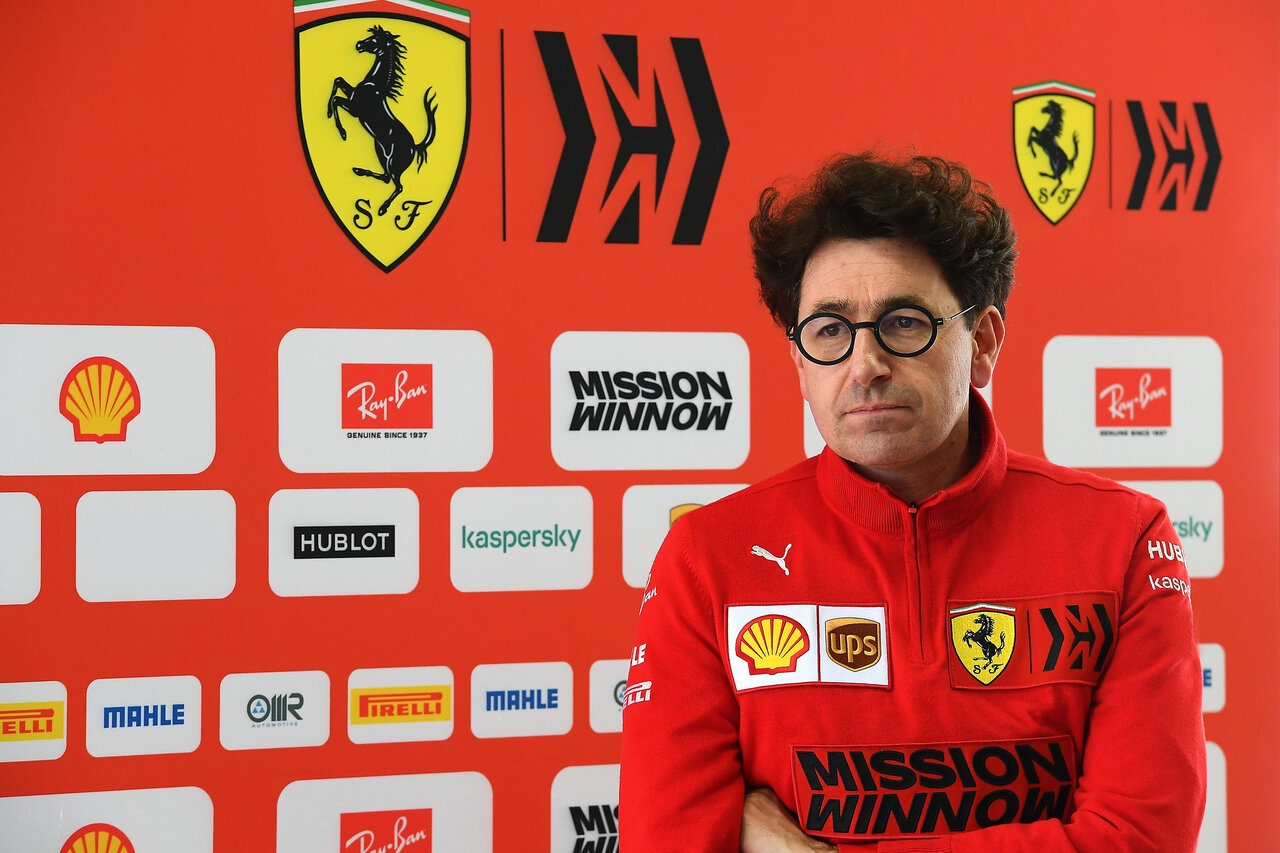 There were five phases to the project, from design to simulation to the choice and supply of components to the production and testing of the prototype. The Scuderia’s engineers did the CAD design work, to define the pneumatic and mechanical parts and dynamic simulation. IIT sourced all the materials and designed the electronics, the firmware and the control software, also playing its part in the simulation, development and design of the wiring system and also made use of the Scuderia’s supply chain. All the work was carried out with rigorous respect of the processing logic, ensuring compliance with the necessary requirements in terms of safety and reliability, so that it could be effectively used in the field.

The first prototype was assembled last week at IIT headquarters in Genoa and underwent and sailed through all the functionality tests. Furthermore, analysis has already begun to see what further developments can be introduced. Just as in the world of Formula 1, those taking part in this unusual partnership between Scuderia Ferrari and IIT have never stopped thinking of ways to improve the product, be it a racing car or a pulmonary ventilator!

“The challenge of COVID-19 was one we wanted to take on. FI5 is the contribution we made as the Scuderia, fielding the very essence of what makes a Formula 1 team and more importantly, all the characteristics that make Ferrari special; its passion, its creativity and its desire to improve.

This project was a very stimulating experience as well as being truly rewarding for all those involved, who worked side by side with our colleagues from IIT and the other partners. It is initiatives like these that make #essereFerrari, not just a slogan but a distinctive feature of our identity.”

“The technological transfer of research is one of the central elements of our strategy. There are several projects that are taking shape along these lines. However, what we have done with Ferrari goes further than that. It is a project initiated because of an urgent health emergency in our society to which we have responded very quickly thanks to the combination of the Scuderia that is the pride of our nation and famous around the world and a research centre that is at the forefront of internationally respected scientific institutions. Spurred on by Ferrari’s practice of working at speed, we designed and built the prototype in just five weeks.

FI5 is an example of the ingenuity, technology and determination which are an essential part of our procedures. But more than that, it shows that this is a country that works and wins.”

“During the height of the Covid-19 emergency, faced with the need for ventilators, IIT came up with the idea of creating a portable device that could quickly be made generally available. Within just a few hours, the IIT engineers brought Ferrari on board to set up an innovative project that would involve aspects of fluid dynamics, something at which the Maranello team excels.

After five weeks, the result was the FI5, a device that can be used in hospitals around the world after undergoing any national certification requirements. We can deliver an innovative machine for use to the whole world free of charge. It is effective, advanced and performs well, while also being safe and durable. I would call it the first “Racing Ventilator.”

Lodovico Camozzi, president and CEO of the Camozzi Group

“We are proud to have been involved in this project with our staff and skills to design FI5, a truly wonderful story of collaboration and all-Italian innovation that gives us hope for the future.”