It was 35 years ago today, in monsoon conditions, that a determined young Brazilian raced to his first Formula 1 victory and cemented his name in motorsport folklore.

It was Sunday 21 April and the 1985 Portuguese Grand Prix. Behind the wheel of a Lotus 97T was Ayrton Senna, who just turned 25 years old. With the car at the absolute limit of its grip, he delivered a masterclass in wet-weather driving for the hardy Estoril crowd and powered to the chequered flag. Such was his dominance he lapped the entire field up to the second place, finishing over a minute ahead of his nearest competitor.

In just his second race for Lotus, Senna took the first of 41 career F1 victories – six for Lotus – and a legend was born. The performance stunned his rivals and lay down a marker that would see him go on to become a global sporting icon and a national hero in his native Brazil. Despite his tragic death in 1994, he remains a racing legend. Sempre Senna (Senna Forever). 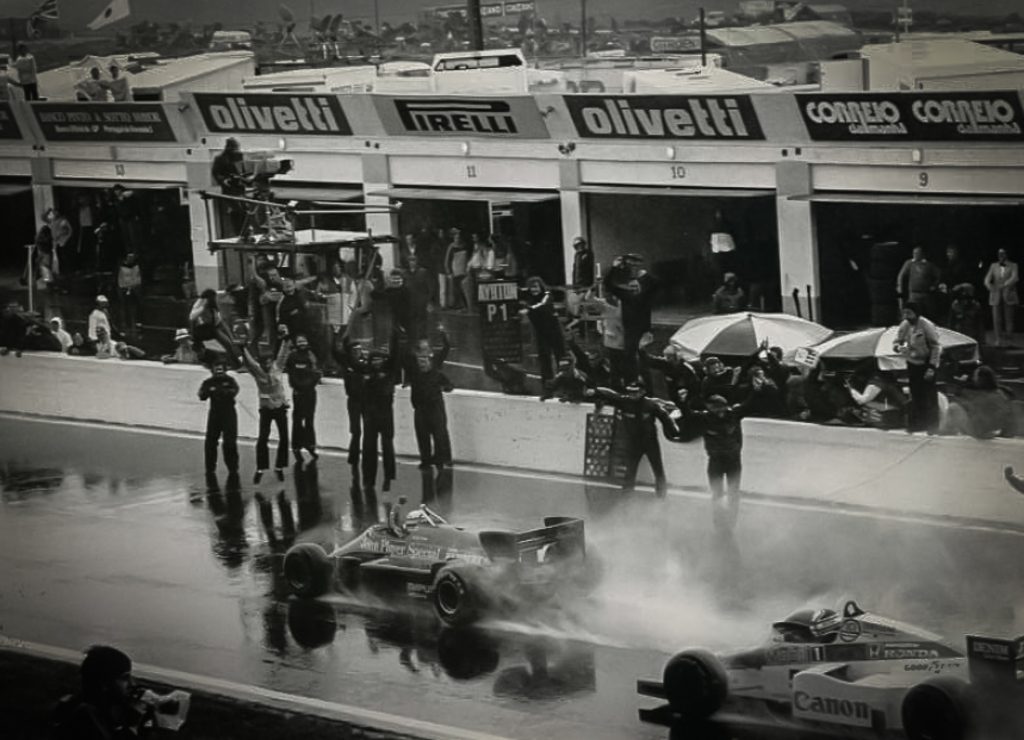 Today, Lotus is marking the occasion with an exclusive new podcast, a series of rarely seen classic archive images of Senna and his 97T race car from a private collection, and a new blog revealing insights into Senna the man and his time racing for Lotus.

The podcast – part of the recently launched US LOT Sessions – features an all-new and exclusive interview with Chris Dinnage, Senna’s chief mechanic in 1985 and today the Team Manager at Classic Team Lotus.

Describing the raw emotion of the weekend and the Lotus that catapulted Senna to stardom, Dinnage says: “Ayrton hadn’t tested the car in the wet – that was the first time he’d driven in those conditions. Estoril was when he really hit the scene because people sat up and thought ‘hang on, he’s lapped almost everybody’ and we knew we had something pretty special.”

Dinnage adds it was this which made the difference between Ayrton and other drivers, explaining: “Ayrton had the same raw pace as everyone else, but he was only using 50% of his capacity as a human to drive the car at full speed, leaving him the other 50% to be really aware of everything that was going on around him. His concentration levels were unparalleled – I’ve never met anyone else like him.” 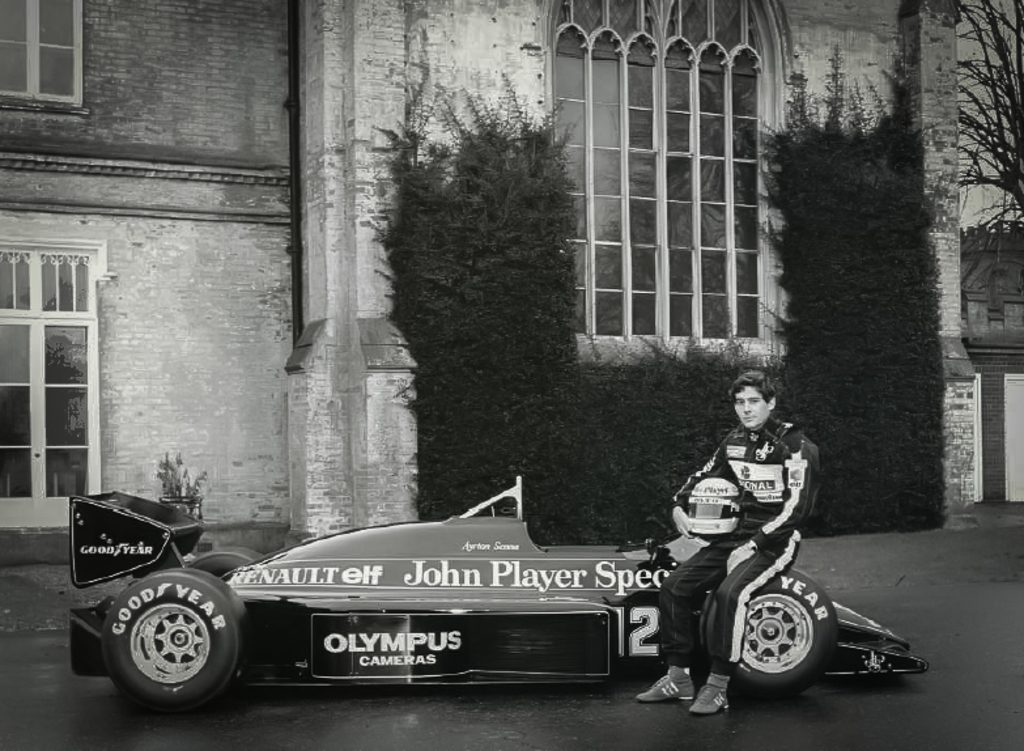 You can listen to the podcast on Apple Podcasts, Spotify and ShoutEngine.

Reigning in the rain: Senna at Estoril

Rain, as ever, is the great leveller for on-track performance. It requires sensitive driver inputs, instinctive car control and a sympathetic approach to the mechanical set-up. One weekend in Estoril revealed Senna could excel in all.

It was also the setting for Senna’s first-ever F1 pole position, and he went on to claim another 15 for Lotus. His record of 65 F1 pole positions is eclipsed only by Michael Schumacher and Lewis Hamilton.

In the race, Senna got off the line well and led a Lotus 1-2 after the first lap. With a clear road ahead, he began to pull away from team-mate Elio de Angelis and the chasing pack. The race was one of bravery and attrition; conditions worsened and, in an era before safety cars, pit-to-car radio or yellow flags, cars were pulling off the track or hitting the barriers.

Senna remained calm and composed in his Lotus and, after two hours of brutal racing, crossed the line first. Just nine cars were classified as finishing.

He later commented: “It was a hard, tactical race, corner by corner, lap by lap because conditions were changing all the time. The car was sliding everywhere – it was very hard to keep the car under control. Once I had all four wheels on the grass, totally out of control, but the car came back on the circuit. People later said that my win in the wet at Donington in ’93 was my greatest performance – no way! I had traction control!” 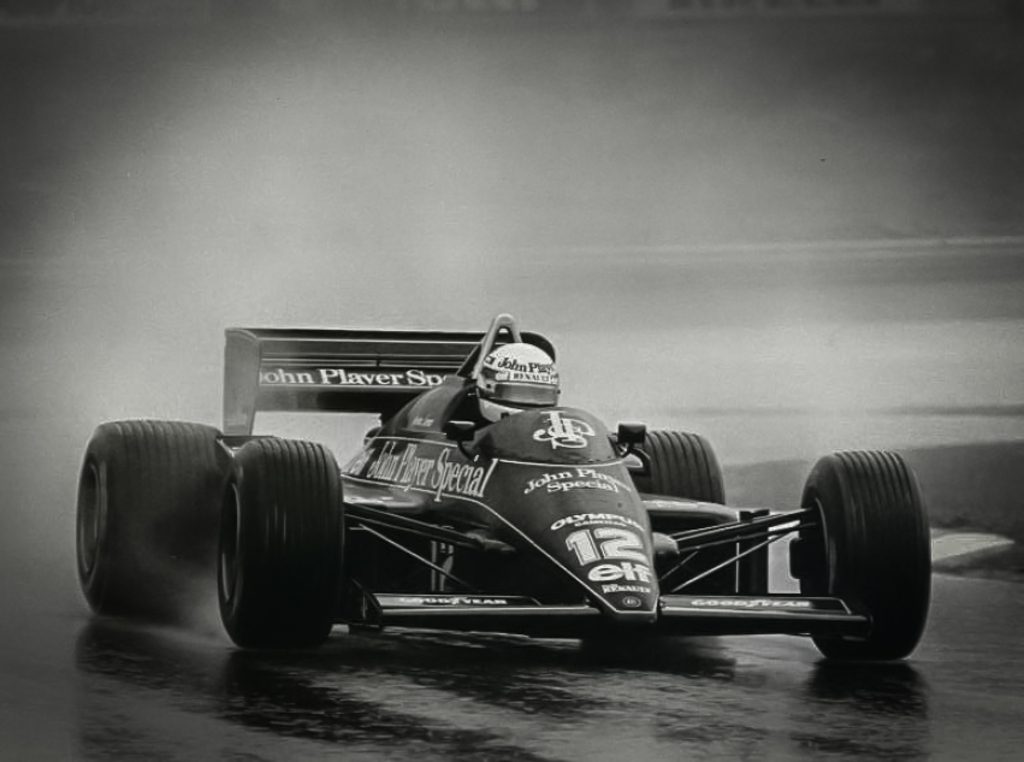 The Lotus 97T chassis was the first in F1 to use bargeboards that were placed between the front wheels and sidepods. This aided airflow around the side of the car and is a concept that still exists in motorsport to this day. The car took eight poles and three wins that season with Senna and de Angelis at the wheel.

Today, the actual Lotus 97T in which Senna won at Estoril is owned and maintained by Classic Team Lotus. Like Lotus, it is based in Hethel, Norfolk, and uses a team of expert and knowledgeable designers, engineers and mechanics – including Chris Dinnage – to preserve classic Lotus F1 cars for their owners. Classic Team Lotus is also the owner of the archive images showing Senna and his 97T.

Clive Chapman, Managing Director of Classic Team Lotus and son of Lotus founder Colin Chapman, said: “For Team Lotus, Ayrton joining was a vital piece in the jigsaw, as the team faced the challenge of F1 without my father. Ayrton’s technical abilities, driving skills, hard work and motivational powers all proved to be more vital ingredients to the Team Lotus mix, which led to success almost immediately.”