Seven things we look forward in 2021, however, it wasn’t a long time ago that we saw the chequered flag being waved at the Yas Marina Circuit in Abu Dhabi, pre-season testing is just about to kick off at the beginning of March in Barcelona.

We used to have eight days of testing ahead of each season until it was reduced to just six days in 2020. For now, F1 is set for a single three-day pre-season test for next year’s campaign. Without a doubt, it increases pressure on both engineers and mechanics –let’s not forget about drivers. For instance, Sebastian Vettel will only have 1.5 days to get used to his new car at Aston Martin which could be shortened even more with a technical failure or severe weather conditions. Formula-1 is aiming to ensure its financial stability as a cost cap will also be implemented from 2021 onwards.

Getting back to a more normal season

F1 2020 was a season with lots of question marks and unknown factors – surely a season like no other. We started racing in July and visited venues like Imola, Portimão or Istanbul. Grandstands were empty almost at all occasions and interacting with drivers or team members were only possible via the internet. The governing body of F1 has implemented some serious safety protocols in order to prevent infections caused by the Covid-19 pandemic and they’ve done a supreme job as no disruption was necessary in-season. As vaccination began all over the world, we’re surely hoping for a ‘more normal’ season in 2021 with getting fans back trackside as well.

Fernando Alonso is back

Fernando Alonso left Formula 1 at the end of 2018, but it has always been a temporary farewell by the Spaniard. The two-time world champion is back with Alpine – as the current Renault F1 Team is going to be renamed in 2021. Alpine is a brand born from motor racing and a symbol of sporting prowess, elegance and agility – saying the team’s official press release. This move definitely proves the dedication of the French marque and their main goal is returning to winning ways in 2022 when the new regulations will be implemented in the sport. Renault scored three podiums this year which gives them the confidence to achieve some great result in 2021 as well.

Mick Schumacher has been crowned the 2020 F2 champion by a margin of 14 points ahead of Callum Ilot. At the beginning of the season, it looked like that Robert Shwartzman (teammate of Mick) could be the absolute contender for the title, but Mick managed to execute some really strong performances which meant him the title. Mick joins Haas F1 team alongside Nikita Mazepin. Nikita finished fifth in the F2 championship, 51 points shy of Mick. Ferrari has some serious plans with the German driver as veteran engineer Jock Clear will move to Haas from Maranello in order to help developing Mick for a potential Ferrari seat in the future.

The famous brand with a great history in motorsport will return to Formula 1 after quitting the sport at the end of 1960. Aston Martin will replace current BWT Racing Point F1 Team and their cars will be driven by Sebastian Vettel and Lance Stroll. Four-time world champion Vettel had some pretty difficult years in Ferrari but many people expect him to ‘reborn’ at Aston Martin. Racing Point had a piece of race-winning machinery this year and as a consequence of the minor rule changes applied next season, they are expected to fight for strong results once again. 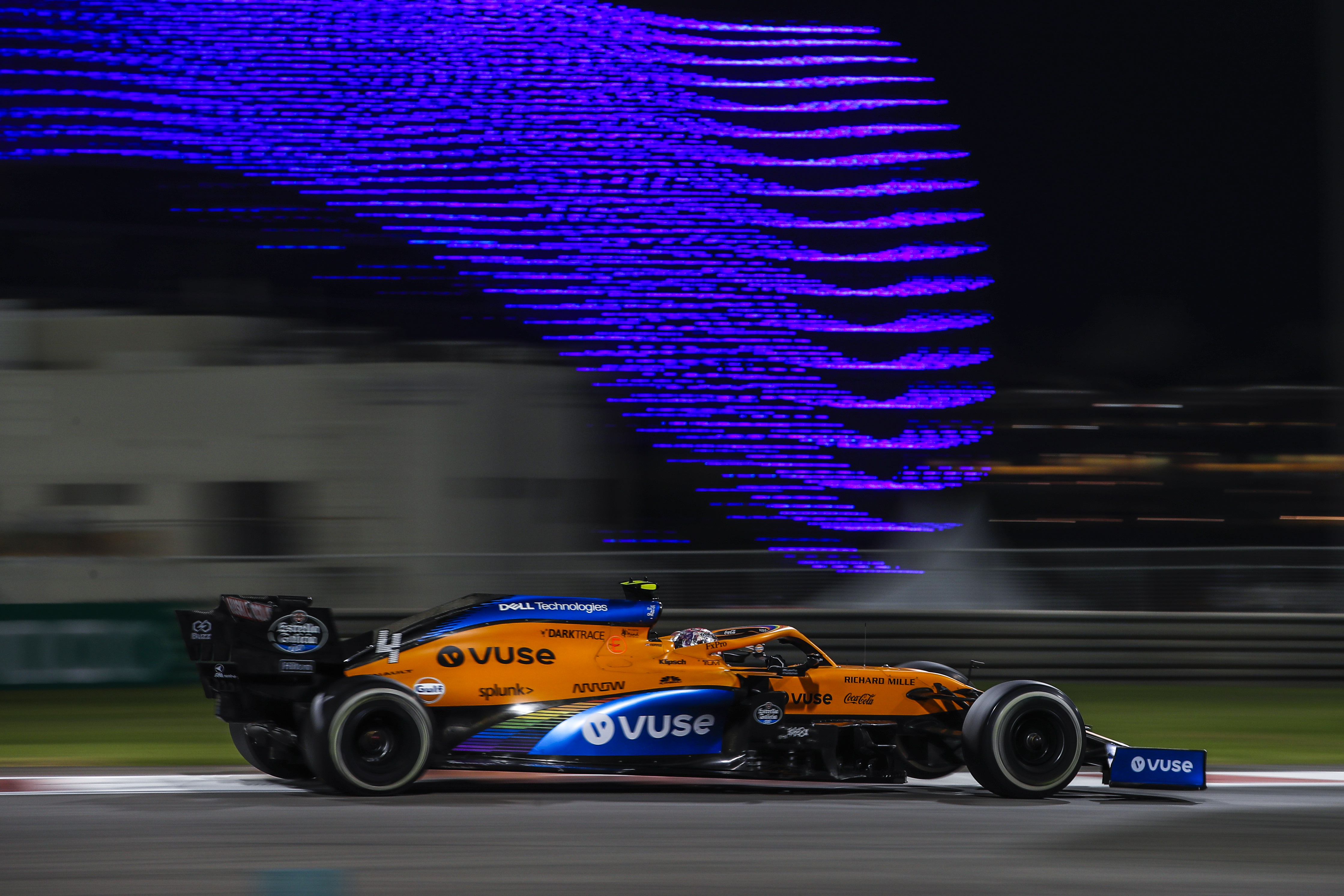 The Woking-based firm secured third place in the constructor’s championship after a tight battle with rivals Racing Point and Renault. McLaren had some tough years with suffering at the back of the grid with Honda power units. Then, making a switch to Renault and making changes in the team’s management, CEO Zak Brown and team principal Andreas Seidl are doing an excellent job in order to get McLaren back to the top. The team has recently announced the arrival of MSP Sports Capital, with an investment of £185m. „This investment represents a key moment in the progress of McLaren Racing” – commented Zak Brown.

With Carlos Sainz and Lando Norris at the wheel, they had a pretty relaxed atmosphere all year long and they won’t be any weaker with Daniel Ricciardo moving to Woking next year. Moreover, McLaren will be equipped with Mercedes power units which could be the next step in McLaren’s mighty development curve.

Red Bull Racing is set for its last year with Honda power units as the Japanese manufacturer announced it will leave F1 at the end of 2021. Red Bull will be ready to take the fight against Mercedes with Max Verstappen and Sergio Perez as Alexander Albon being announced as their test and reserve driver with a key focus on 2022 development. The Austrian constructor has no time to waste as competition emerges at the top with McLaren, Racing Point (will become Aston Martin) and Renault becoming more and more competitive which means they will need to do their absolute best to keep Max Verstappen on board.

So, here are the seven things we really look forward in 2021!