The second triple-header of this frenetic Formula 1 season comes to an end with this Sunday’s 50th Spanish Grand Prix. The race takes place at the Barcelona-Catalunya Circuit, one of the tracks best known to the drivers who generally rack up a huge mileage here in testing.

The track. The track boasts a mix of high, medium and low-speed corners, with several direction changes, some climbs and drops and a long main start-finish straight and thus provides a real test of a car’s abilities. The final part used to be high speed, but now features a slow chicane leading onto the straight. Of the permanent tracks, this is one of the hardest when it comes to overtaking. With the sea and mountains nearby, changing wind direction can be tricky to contend with as it upsets car balance considerably. This year, the race is being held in the height of summer, rather than usual spring date, so air and track temperatures will be much higher. Pirelli is supplying the same three tyre compounds as those used at the first Silverstone race.

Testing venue. From a technical point of view, for Scuderia Ferrari, the Spanish Grand Prix will not be too dissimilar to the pairs of races at Spielberg and Silverstone. The team will have all its data from winter testing with the SF1000, although the temperature will be much higher and will, therefore, allow the team to move forward with its work of evaluating the car in different configurations.

History. The first Spanish Grand Prix to count towards the Formula 1 World Championship was held in 1951 at Pedralbes, near Barcelona, and has been a regular fixture since 1968. Ferrari has won this event 12 times, the first dating back to 1954 at Pedralbes courtesy of Mike Hawthorn in the 553 F1. The race has also been held at Jarama, in the Madrid area, which brought Ferrari wins for Niki Lauda in 1974 and Gilles Villeneuve in 1981, the Canadian keeping a pack of cars behind him so that the first five crossed the line covered by just 1.24 seconds. Then came Montjuich, also in Barcelona, Jerez de la Frontera, where Alain Prost won in 1990 in an F1-90, and, as from 1991, always at Montmelo. Michael Schumacher won here five times, in 1996 and from 2001 to 2004, Felipe Massa in 2007, Kimi Raikkonen in 2008 and Fernando Alonso in 2013.

“We arrive in Barcelona knowing this will not be an easy weekend for us, given how testing went here in February. However, over the five races run so far, we have worked hard to try and improve our car’s performance and extract all its potential.
We will obviously encounter much hotter weather with track temperatures expected to be well above 40°C: it will be an important factor, especially when it comes to the behaviour of the tyres, as we saw at the last two races in Silverstone.
There will be no particular updates on the SF1000, however, Sebastian will have a new chassis, because, after the Silverstone post-race analysis, we spotted a small fault caused by a heavy impact over a kerb. It would not have had much of an effect on performance, but it was the logical decision to take. ” 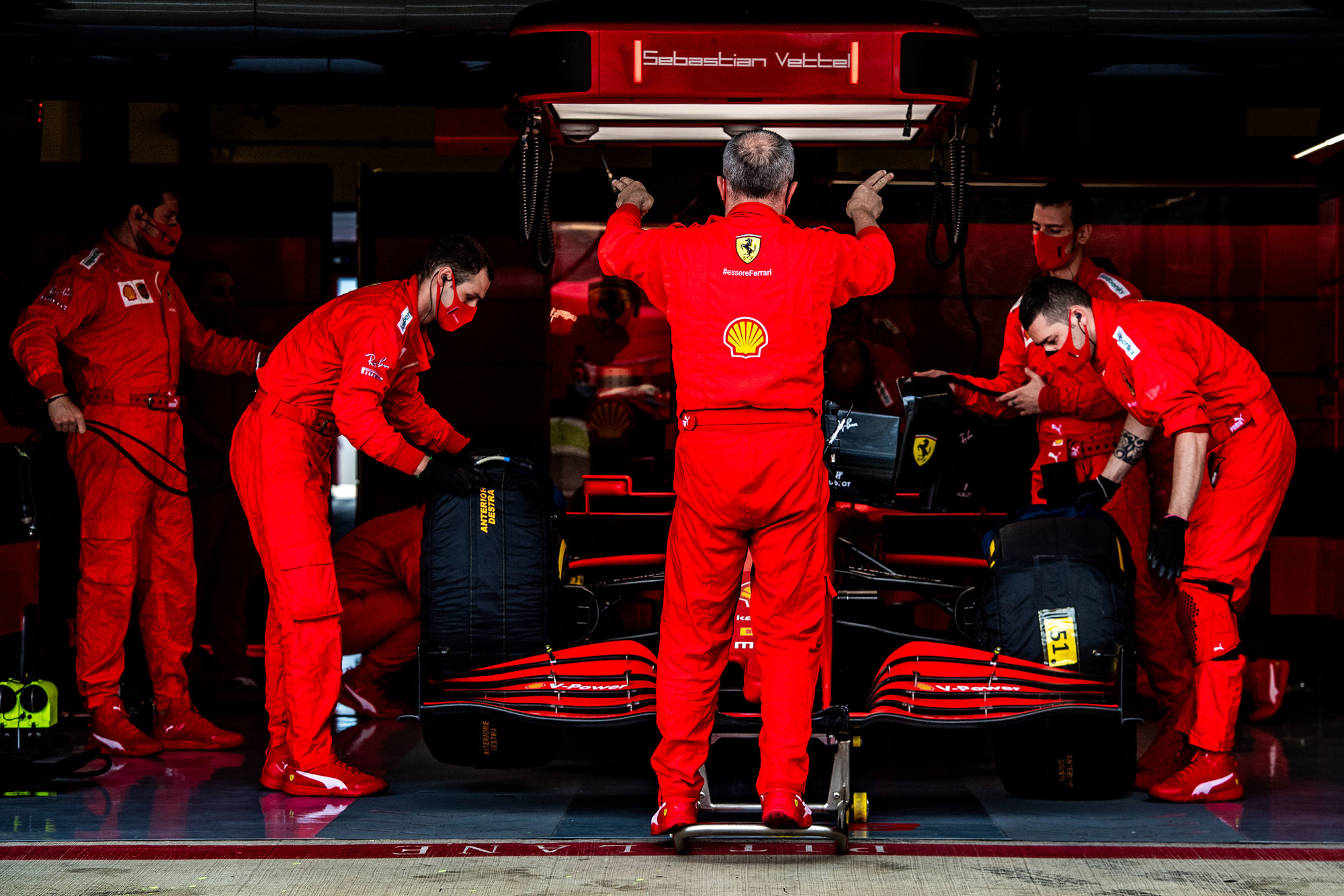 “When you get to the Barcelona track you already know it will be a race where it’s the small details that make the difference. The teams and drivers all know this track very well and that’s why, right from the start of Friday free practice, you can work on fine-tuning the car.
This circuit is quite different from Silverstone and I am curious to find out how the car will feel here. We can expect very high temperatures and so it will be important to find a set-up that allows you to have good speed without causing excessive tyre wear.”

“The Barcelona track is a classic. Every year we do so many kilometres here in testing and therefore we can say it has no secrets. However, this year, as we will be racing here in the height of summer it will be interesting to see how our car performs in really hot weather.
As was the case in the two Silverstone races, I thing tyre management will be very important. It’s something we worked on a lot and in England, it paid off. It will be important not to make any mistakes in qualifying to try and get the most out of the car in race configuration.”

Last week the team was taking part in the second race at Silverstone. Charles Leclerc finished a strong fourth, down to a particularly well thought out strategy and the driver’s ability to manage the tyres very well. Unfortunately, Sebastian Vettel had a difficult time, after spinning shortly after the start. He fought his way back from last to twelfth, hence scoring no points.
The second race in the UK was carefully analysed in the debrief on Monday, as the team prepared for the Spanish Grand Prix, setting out a worksheet for the week. The track is well known to all the teams: over the winter the SF1000 completed 844 laps, or 3,929 kilometres, equivalent to 13 race distances in the course of testing.